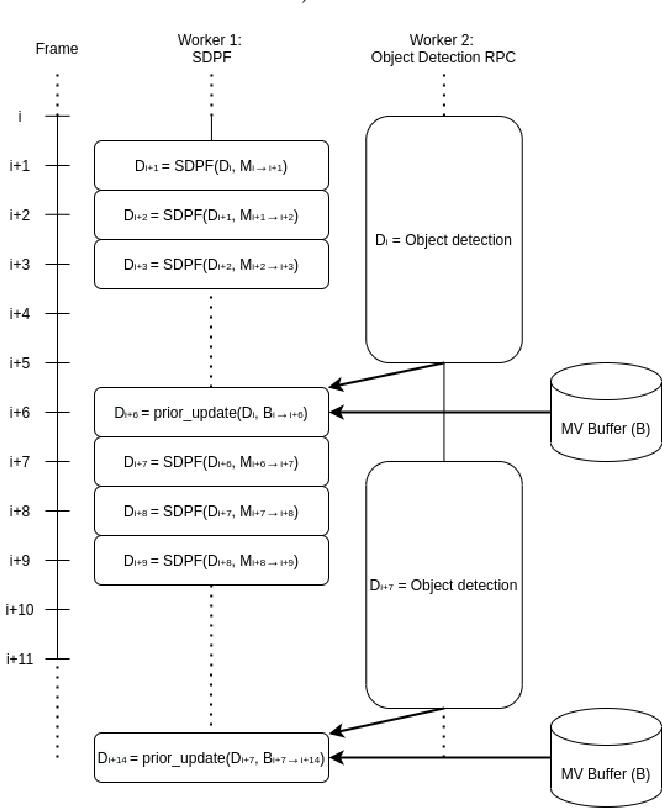 Despite the continued successes of computationally efficient deep neural network architectures for video object detection, performance continually arrives at the great trilemma of speed versus accuracy versus computational resources (pick two). Current attempts to exploit temporal information in video data to overcome this trilemma are bottlenecked by the state-of-the-art in object detection models. We present, a technique which performs video object detection through the use of off-the-shelf object detectors alongside existing optical flow based motion estimation techniques in parallel. Through a set of experiments on the benchmark MOT20 dataset, we demonstrate that our approach significantly reduces the baseline latency of any given object detector without sacrificing any accuracy. Further latency reduction, up to 25x lower than the original latency, can be achieved with minimal accuracy loss. MOVEX enables low latency video object detection on common CPU based systems, thus allowing for high performance video object detection beyond the domain of GPU computing. The code is available at https://github.com/juliantrue/movex.

Applying deep learning to object detection provides the capability to accurately detect and classify complex objects in the real world. However, currently, few mobile applications use deep learning because such technology is computation-intensive and energy-consuming. This paper, to the best of our knowledge, presents the first detailed experimental study of a mobile augmented reality (AR) client's energy consumption and the detection latency of executing Convolutional Neural Networks (CNN) based object detection, either locally on the smartphone or remotely on an edge server. In order to accurately measure the energy consumption on the smartphone and obtain the breakdown of energy consumed by each phase of the object detection processing pipeline, we propose a new measurement strategy. Our detailed measurements refine the energy analysis of mobile AR clients and reveal several interesting perspectives regarding the energy consumption of executing CNN-based object detection. Furthermore, several insights and research opportunities are proposed based on our experimental results. These findings from our experimental study will guide the design of energy-efficient processing pipeline of CNN-based object detection.


* This is a personal copy of the authors. Not for redistribution. The final version of this paper was accepted by IEEE Transactions on Green Communications and Networking

Deep Learning for UAV-based Object Detection and Tracking: A Survey 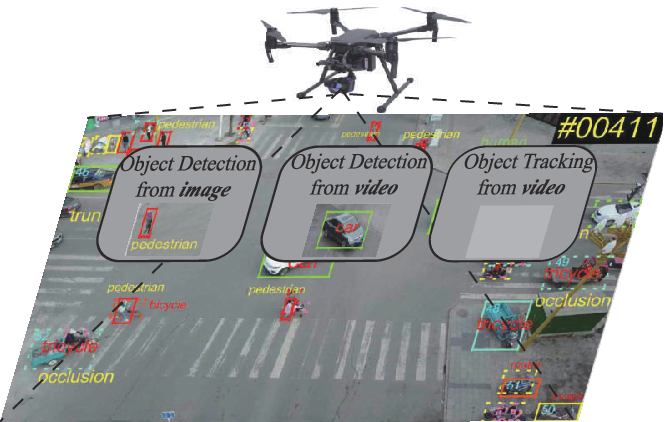 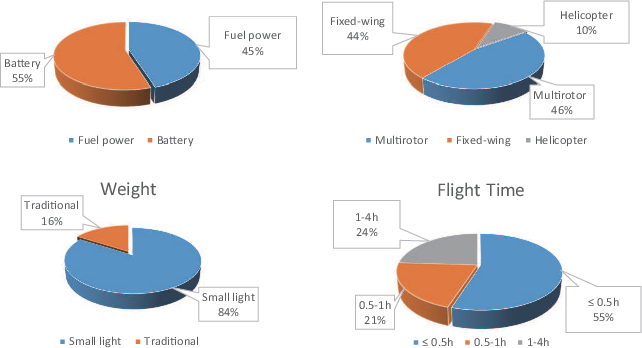 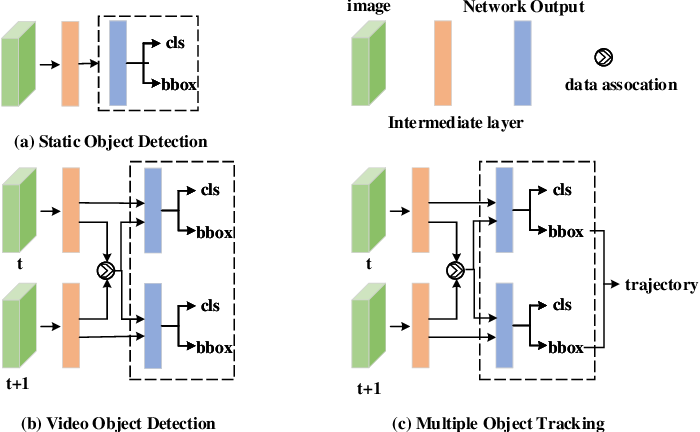 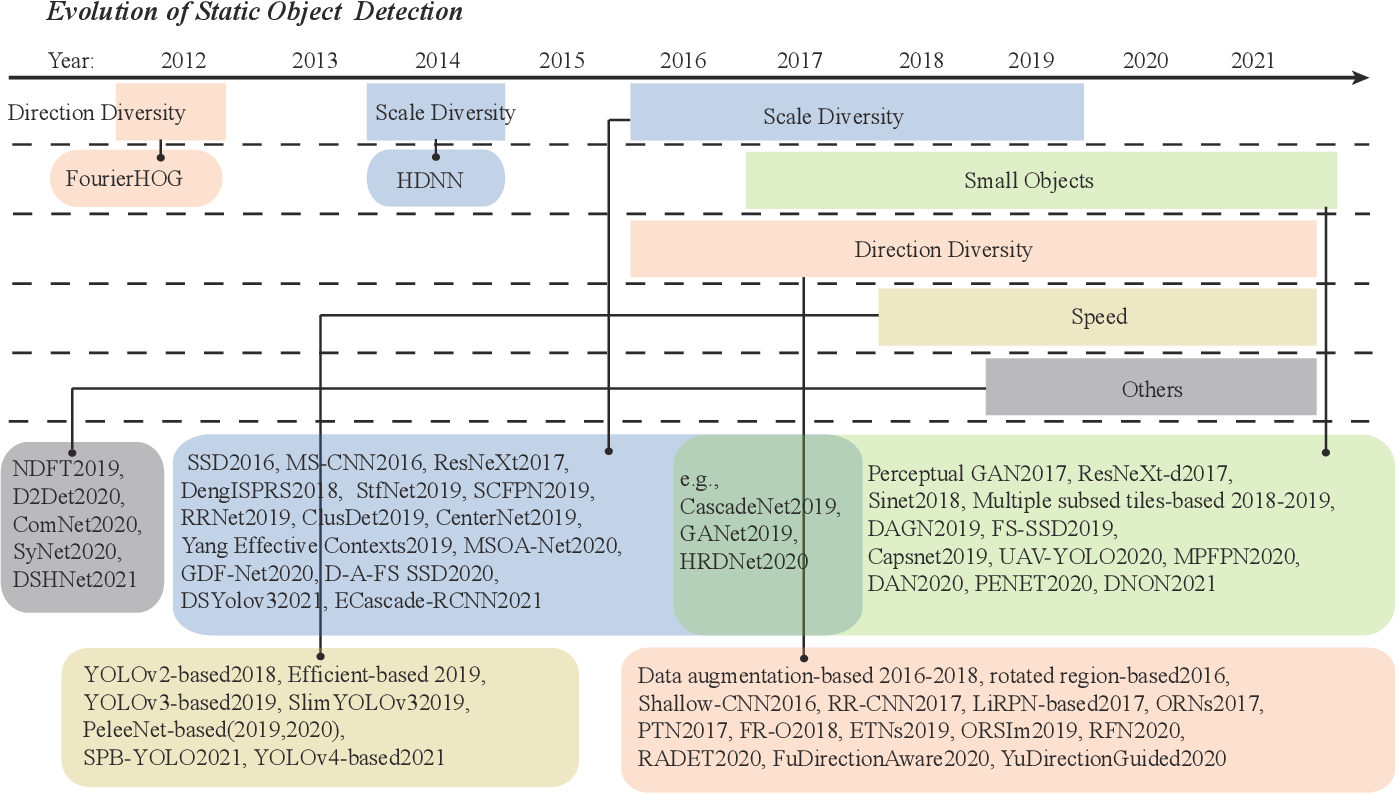 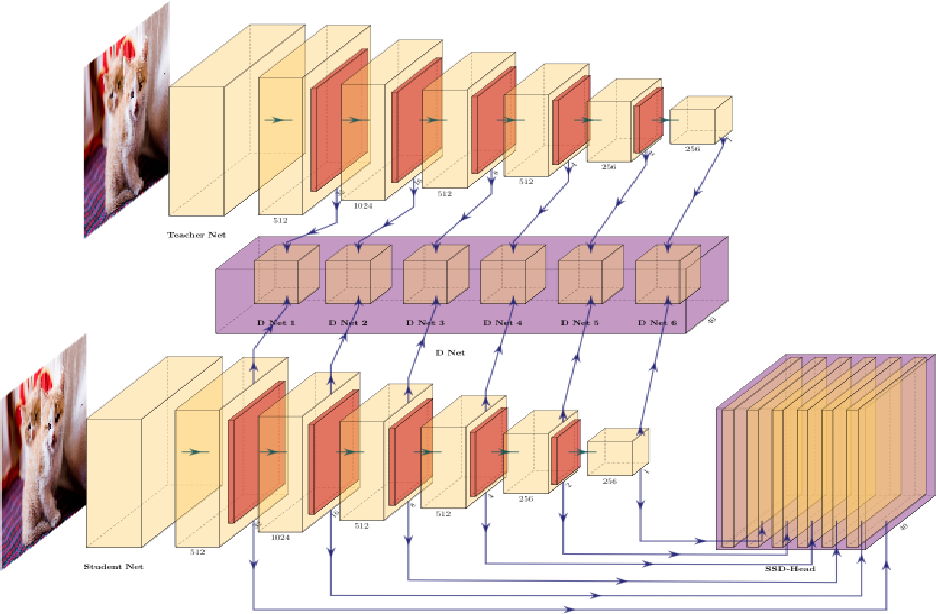 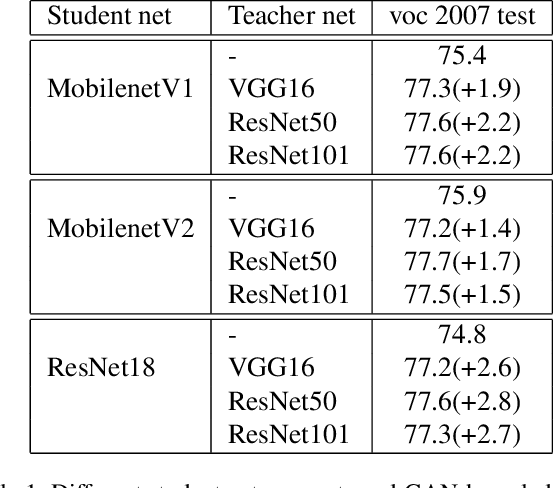 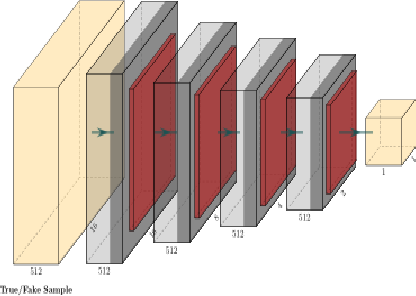 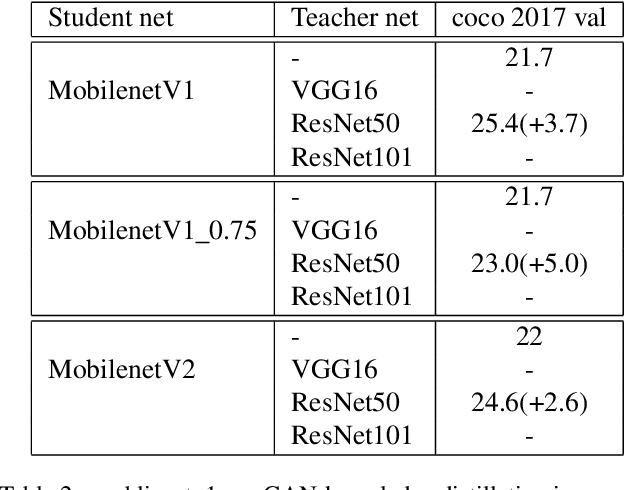 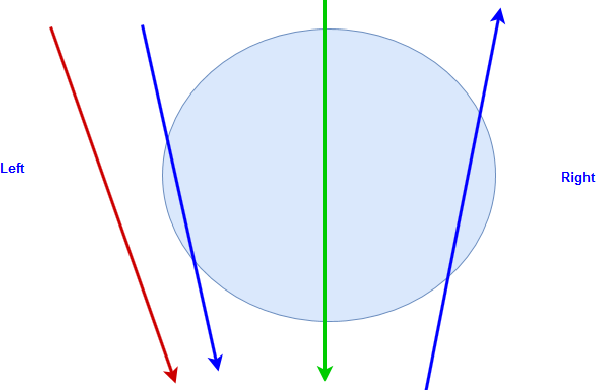 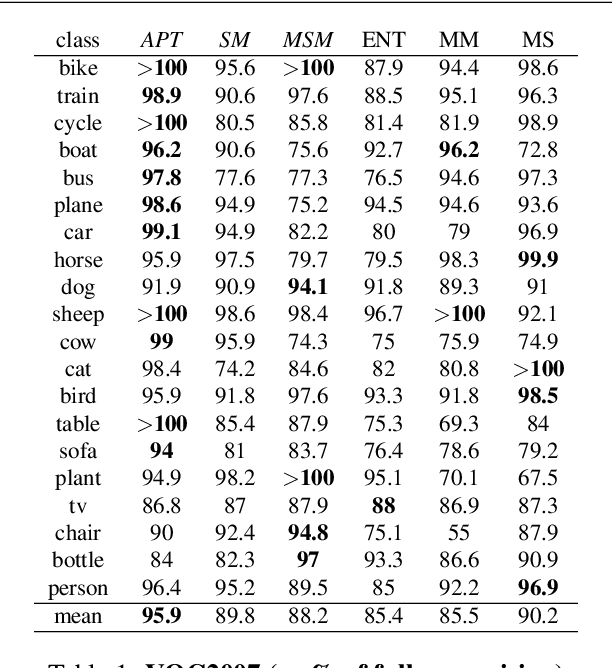 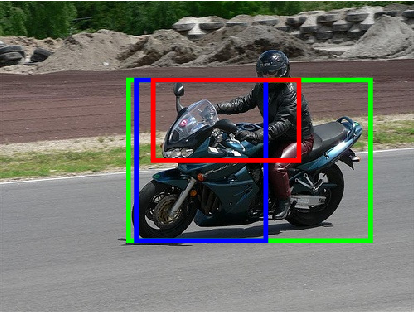 Given an image, we would like to learn to detect objects belonging to particular object categories. Common object detection methods train on large annotated datasets which are annotated in terms of bounding boxes that contain the object of interest. Previous works on object detection model the problem as a structured regression problem which ranks the correct bounding boxes more than the background ones. In this paper we develop algorithms which actively obtain annotations from human annotators for a small set of images, instead of all images, thereby reducing the annotation effort. Towards this goal, we make the following contributions: 1. We develop a principled version space based active learning method that solves for object detection as a structured prediction problem in a weakly supervised setting 2. We also propose two variants of the margin sampling strategy 3. We analyse the results on standard object detection benchmarks that show that with only 20% of the data we can obtain more than 95% of the localization accuracy of full supervision. Our methods outperform random sampling and the classical uncertainty-based active learning algorithms like entropy 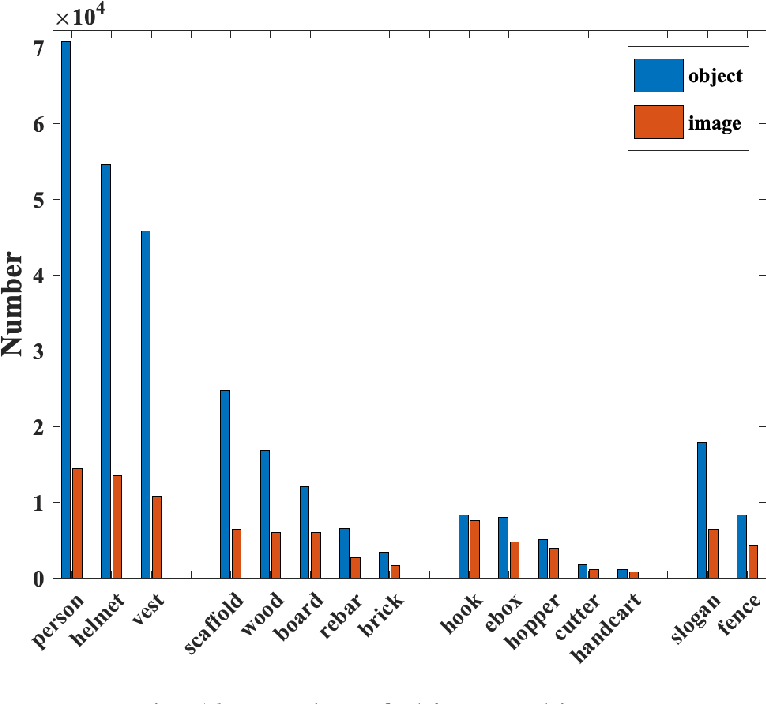 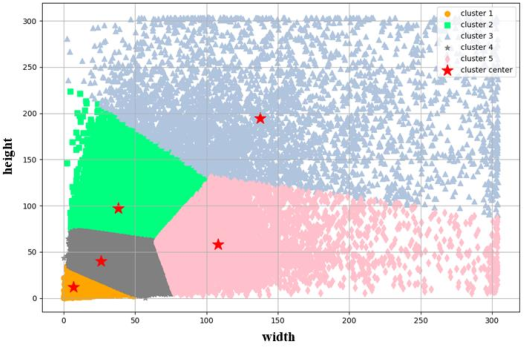 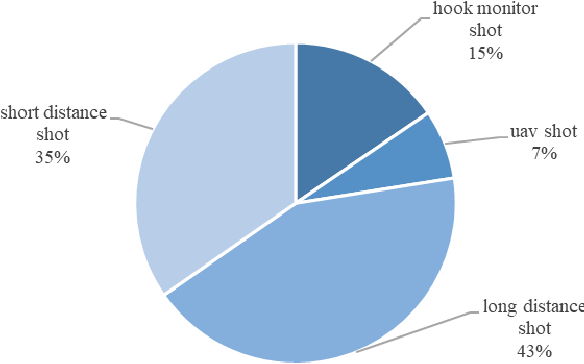 Computer vision-based deep learning object detection algorithms have been developed sufficiently powerful to support the ability to recognize various objects. Although there are currently general datasets for object detection, there is still a lack of large-scale, open-source dataset for the construction industry, which limits the developments of object detection algorithms as they tend to be data-hungry. Therefore, this paper develops a new large-scale image dataset specifically collected and annotated for the construction site, called Site Object Detection dAtaset (SODA), which contains 15 kinds of object classes categorized by workers, materials, machines, and layout. Firstly, more than 20,000 images were collected from multiple construction sites in different site conditions, weather conditions, and construction phases, which covered different angles and perspectives. After careful screening and processing, 19,846 images including 286,201 objects were then obtained and annotated with labels in accordance with predefined categories. Statistical analysis shows that the developed dataset is advantageous in terms of diversity and volume. Further evaluation with two widely-adopted object detection algorithms based on deep learning (YOLO v3/ YOLO v4) also illustrates the feasibility of the dataset for typical construction scenarios, achieving a maximum mAP of 81.47%. In this manner, this research contributes a large-scale image dataset for the development of deep learning-based object detection methods in the construction industry and sets up a performance benchmark for further evaluation of corresponding algorithms in this area. 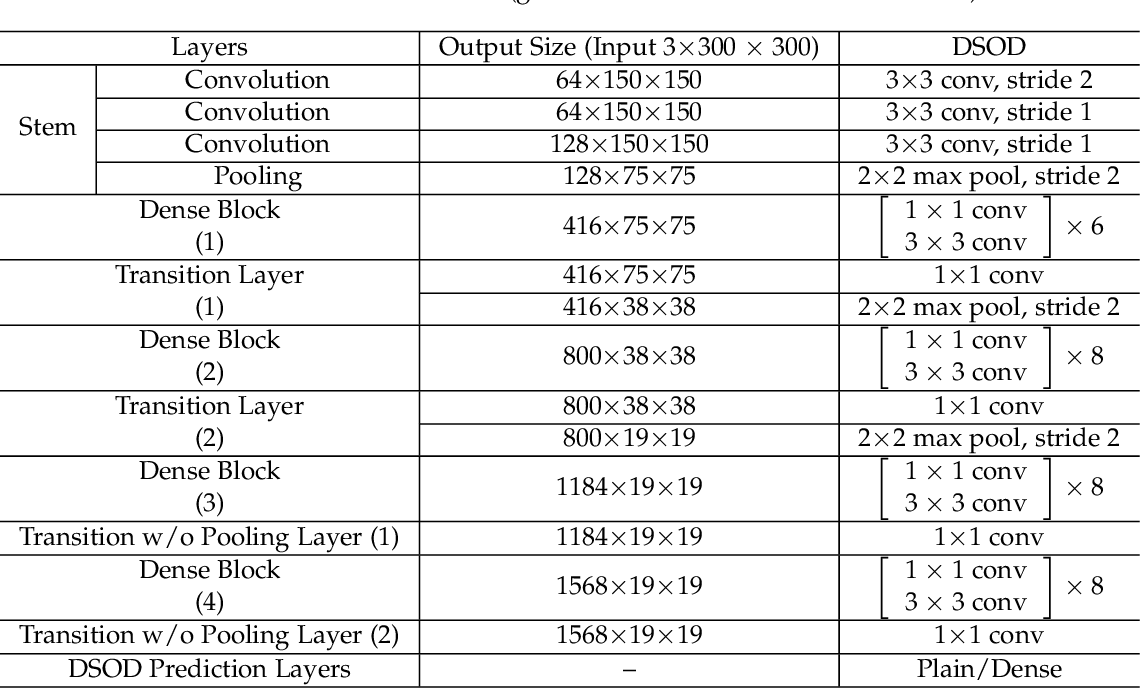 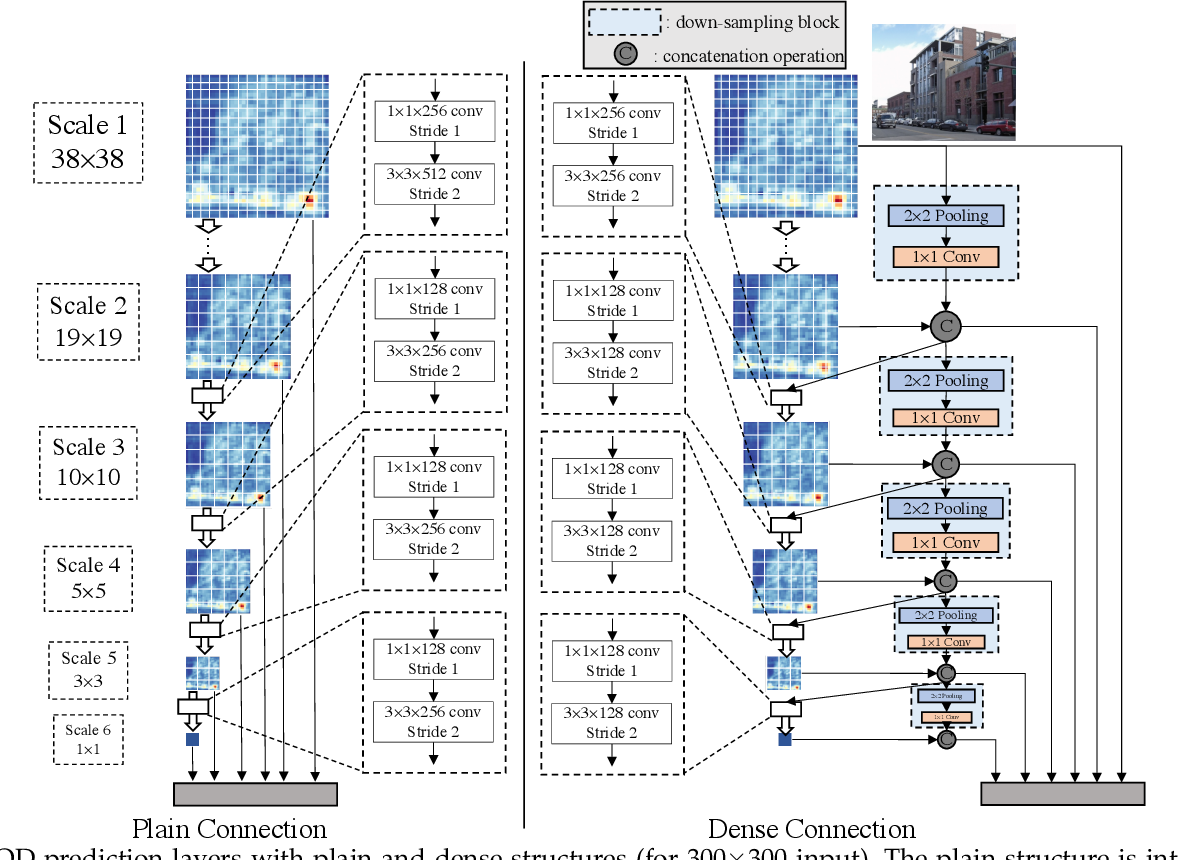 We propose Deeply Supervised Object Detectors (DSOD), an object detection framework that can be trained from scratch. Recent advances in object detection heavily depend on the off-the-shelf models pre-trained on large-scale classification datasets like ImageNet and OpenImage. However, one problem is that adopting pre-trained models from classification to detection task may incur learning bias due to the different objective function and diverse distributions of object categories. Techniques like fine-tuning on detection task could alleviate this issue to some extent but are still not fundamental. Furthermore, transferring these pre-trained models across discrepant domains will be more difficult (e.g., from RGB to depth images). Thus, a better solution to handle these critical problems is to train object detectors from scratch, which motivates our proposed method. Previous efforts on this direction mainly failed by reasons of the limited training data and naive backbone network structures for object detection. In DSOD, we contribute a set of design principles for learning object detectors from scratch. One of the key principles is the deep supervision, enabled by layer-wise dense connections in both backbone networks and prediction layers, plays a critical role in learning good detectors from scratch. After involving several other principles, we build our DSOD based on the single-shot detection framework (SSD). We evaluate our method on PASCAL VOC 2007, 2012 and COCO datasets. DSOD achieves consistently better results than the state-of-the-art methods with much more compact models. Specifically, DSOD outperforms baseline method SSD on all three benchmarks, while requiring only 1/2 parameters. We also observe that DSOD can achieve comparable/slightly better results than Mask RCNN + FPN (under similar input size) with only 1/3 parameters, using no extra data or pre-trained models.


* This is an extended version of our previous conference paper arXiv:1708.01241 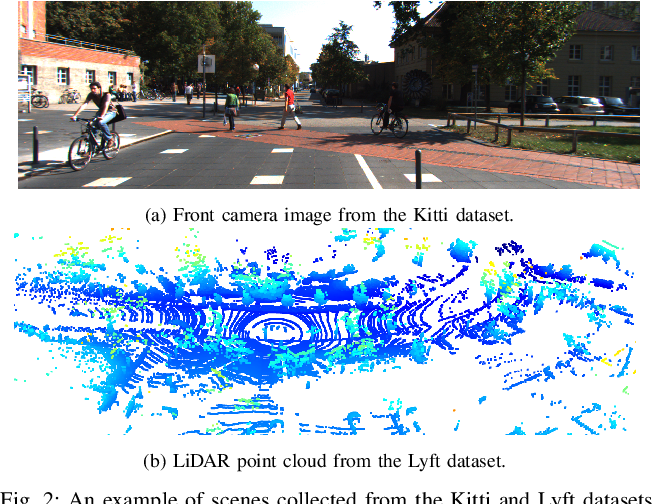 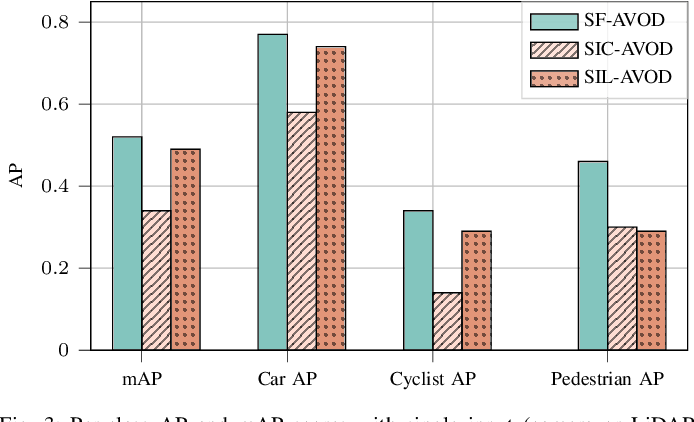 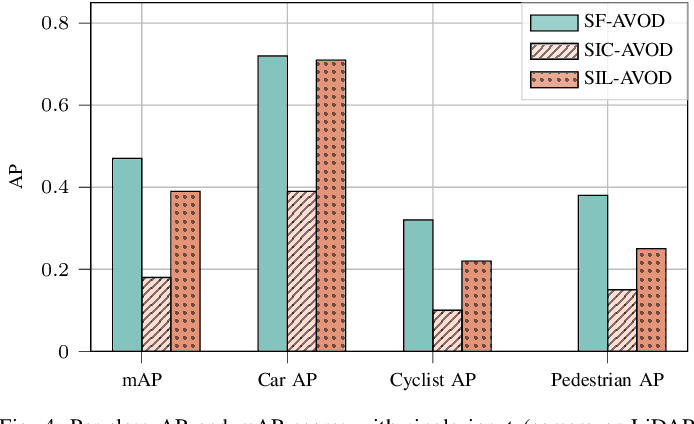 Fully autonomous driving systems require fast detection and recognition of sensitive objects in the environment. In this context, intelligent vehicles should share their sensor data with computing platforms and/or other vehicles, to detect objects beyond their own sensors' fields of view. However, the resulting huge volumes of data to be exchanged can be challenging to handle for standard communication technologies. In this paper, we evaluate how using a combination of different sensors affects the detection of the environment in which the vehicles move and operate. The final objective is to identify the optimal setup that would minimize the amount of data to be distributed over the channel, with negligible degradation in terms of object detection accuracy. To this aim, we extend an already available object detection algorithm so that it can consider, as an input, camera images, LiDAR point clouds, or a combination of the two, and compare the accuracy performance of the different approaches using two realistic datasets. Our results show that, although sensor fusion always achieves more accurate detections, LiDAR only inputs can obtain similar results for large objects while mitigating the burden on the channel.


* This paper has been accepted for presentation at the Joint European Conference on Networks and Communications & 6G Summit (EuCNC/6G Summit). 6 pages, 6 figures, 1 table 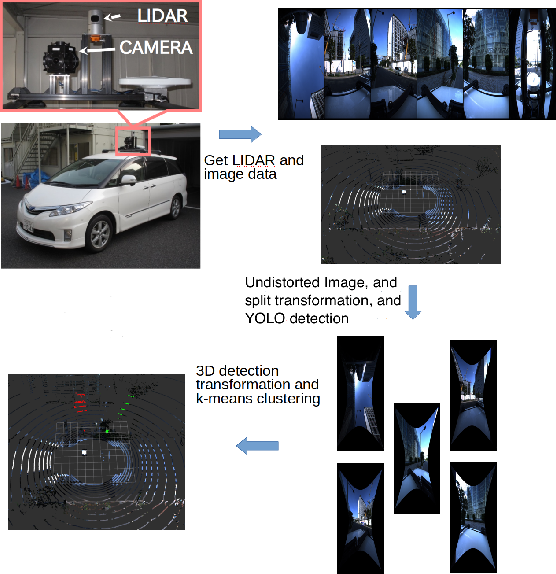 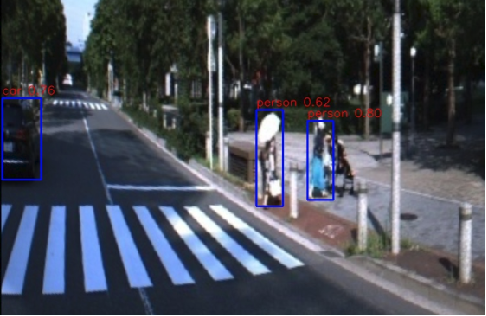 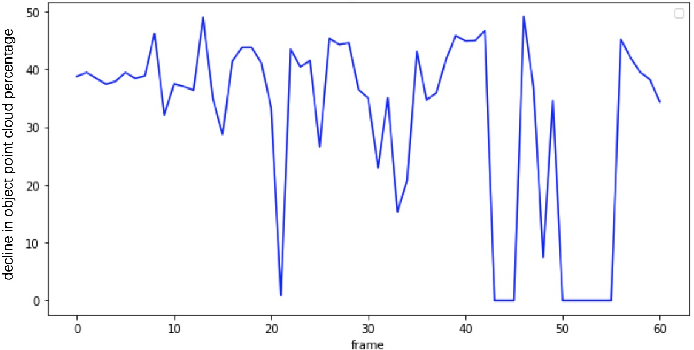 Lidar based 3D object detection and classification tasks are essential for autonomous driving(AD). A lidar sensor can provide the 3D point cloud data reconstruction of the surrounding environment. However, real time detection in 3D point clouds still needs a strong algorithmic. This paper proposes a 3D object detection method based on point cloud and image which consists of there parts.(1)Lidar-camera calibration and undistorted image transformation. (2)YOLO-based detection and PointCloud extraction, (3)K-means based point cloud segmentation and detection experiment test and evaluation in depth image. In our research, camera can capture the image to make the Real-time 2D object detection by using YOLO, we transfer the bounding box to node whose function is making 3d object detection on point cloud data from Lidar. By comparing whether 2D coordinate transferred from the 3D point is in the object bounding box or not can achieve High-speed 3D object recognition function in GPU. The accuracy and precision get imporved after k-means clustering in point cloud. The speed of our detection method is a advantage faster than PointNet.