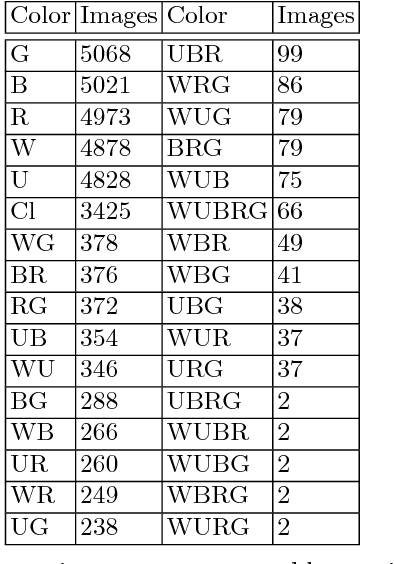 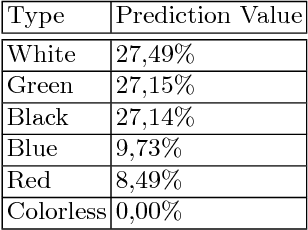 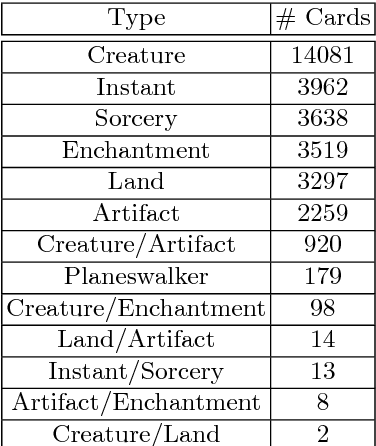 Historically, games of all kinds have often been the subject of study in scientific works of Computer Science, including the field of machine learning. By using machine learning techniques and applying them to a game with defined rules or a structured dataset, it's possible to learn and improve on the already existing techniques and methods to tackle new challenges and solve problems that are out of the ordinary. The already existing work on card games tends to focus on gameplay and card mechanics. This work aims to apply neural networks models, including Convolutional Neural Networks and Recurrent Neural Networks, in order to analyze Magic: the Gathering cards, both in terms of card text and illustrations; the card images and texts are used to train the networks in order to be able to classify them into multiple categories. The ultimate goal was to develop a methodology that could generate card text matching it to an input image, which was attained by relating the prediction values of the images and generated text across the different categories. 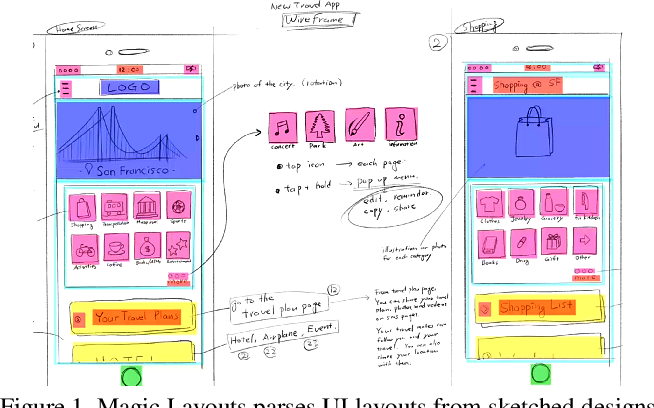 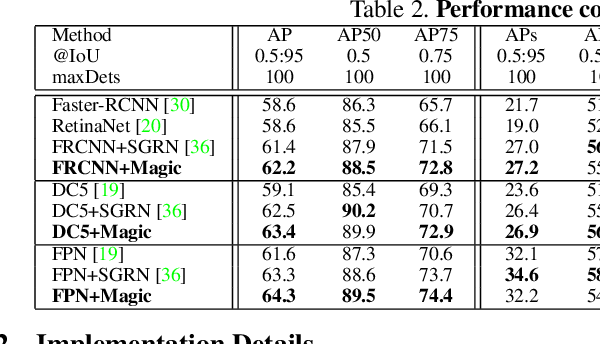 We present Magic Layouts; a method for parsing screenshots or hand-drawn sketches of user interface (UI) layouts. Our core contribution is to extend existing detectors to exploit a learned structural prior for UI designs, enabling robust detection of UI components; buttons, text boxes and similar. Specifically we learn a prior over mobile UI layouts, encoding common spatial co-occurrence relationships between different UI components. Conditioning region proposals using this prior leads to performance gains on UI layout parsing for both hand-drawn UIs and app screenshots, which we demonstrate within the context an interactive application for rapidly acquiring digital prototypes of user experience (UX) designs. 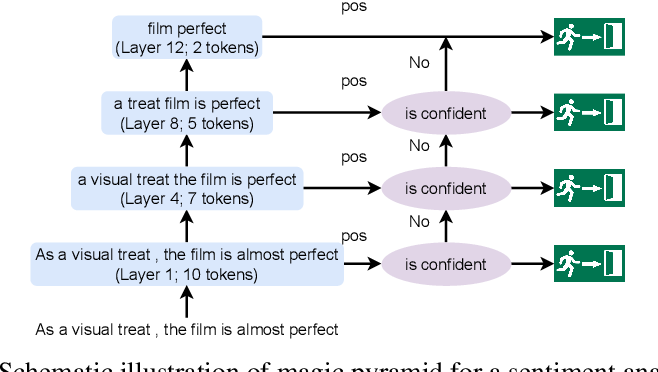 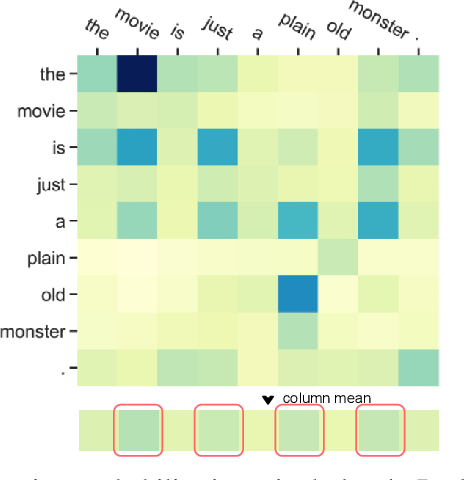 Pre-training and then fine-tuning large language models is commonly used to achieve state-of-the-art performance in natural language processing (NLP) tasks. However, most pre-trained models suffer from low inference speed. Deploying such large models to applications with latency constraints is challenging. In this work, we focus on accelerating the inference via conditional computations. To achieve this, we propose a novel idea, Magic Pyramid (MP), to reduce both width-wise and depth-wise computation via token pruning and early exiting for Transformer-based models, particularly BERT. The former manages to save the computation via removing non-salient tokens, while the latter can fulfill the computation reduction by terminating the inference early before reaching the final layer, if the exiting condition is met. Our empirical studies demonstrate that compared to previous state of arts, MP is not only able to achieve a speed-adjustable inference but also to surpass token pruning and early exiting by reducing up to 70% giga floating point operations (GFLOPs) with less than 0.5% accuracy drop. Token pruning and early exiting express distinctive preferences to sequences with different lengths. However, MP is capable of achieving an average of 8.06x speedup on two popular text classification tasks, regardless of the sizes of the inputs. 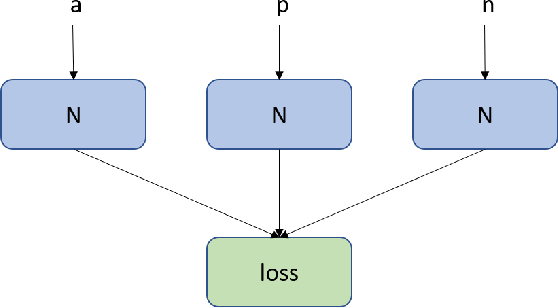 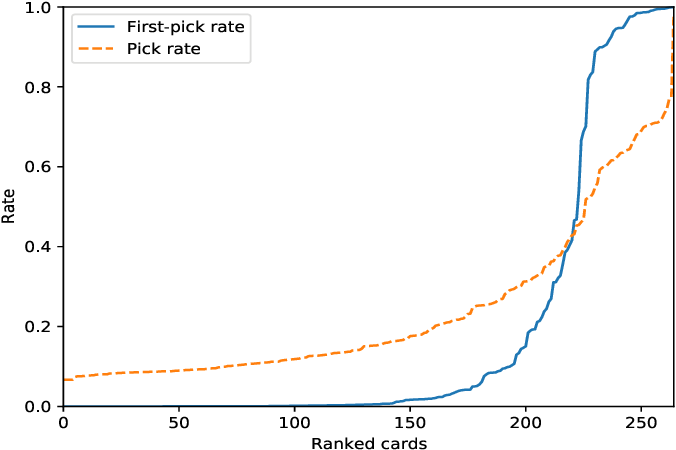 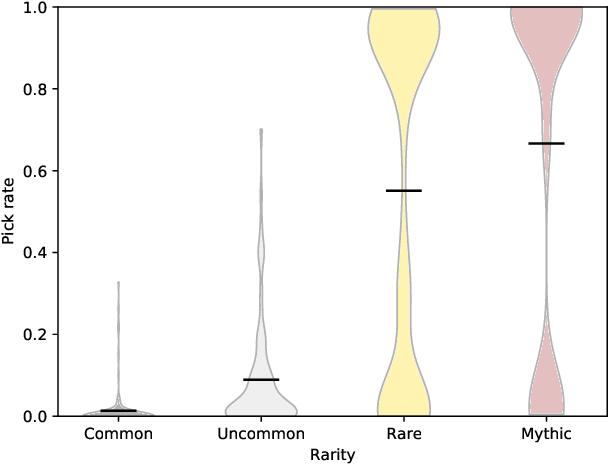 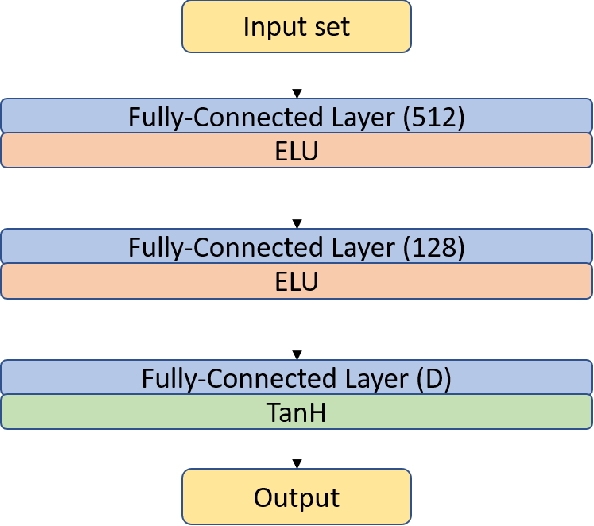 Drafting, i.e., the selection of a subset of items from a larger candidate set, is a key element of many games and related problems. It encompasses team formation in sports or e-sports, as well as deck selection in many modern card games. The key difficulty of drafting is that it is typically not sufficient to simply evaluate each item in a vacuum and to select the best items. The evaluation of an item depends on the context of the set of items that were already selected earlier, as the value of a set is not just the sum of the values of its members - it must include a notion of how well items go together. In this paper, we study drafting in the context of the card game Magic: The Gathering. We propose the use of a contextual preference network, which learns to compare two possible extensions of a given deck of cards. We demonstrate that the resulting network is better able to evaluate card decks in this game than previous attempts. 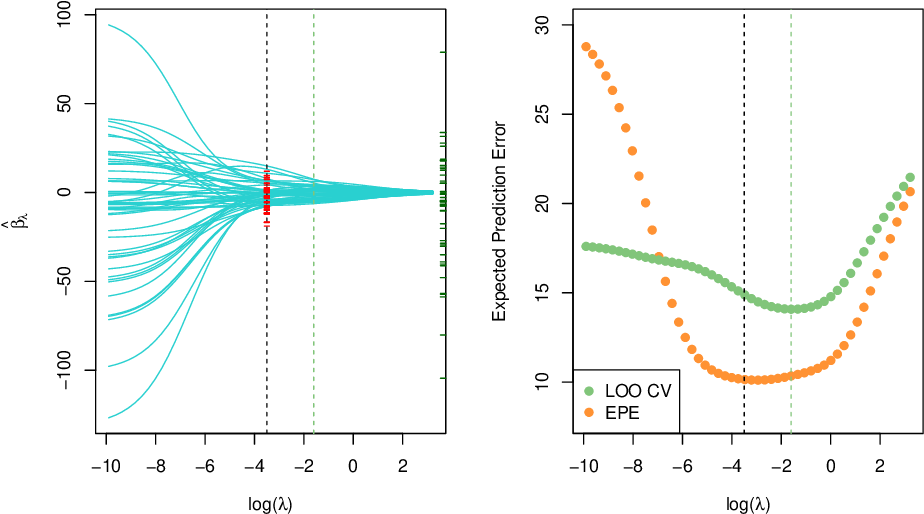 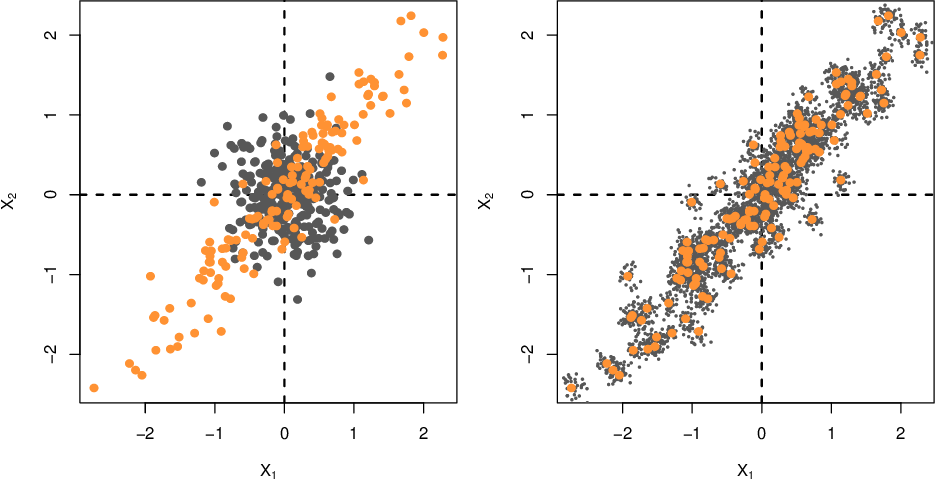 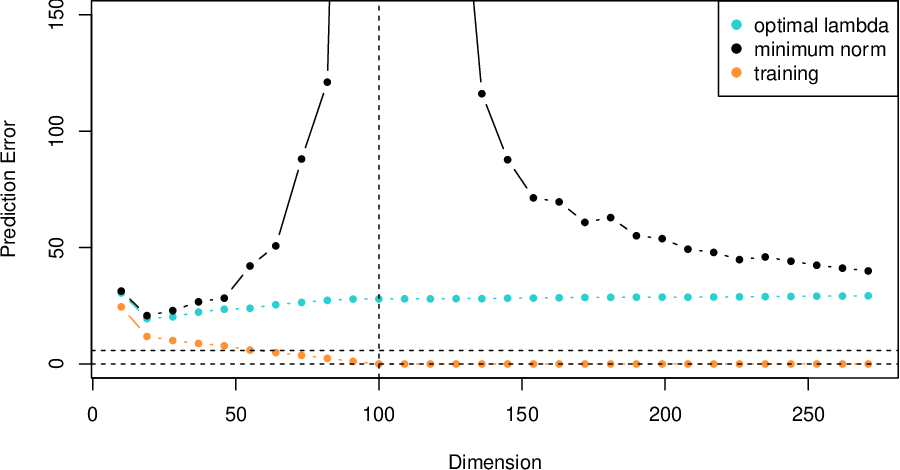 Ridge or more formally $\ell_2$ regularization shows up in many areas of statistics and machine learning. It is one of those essential devices that any good data scientist needs to master for their craft. In this brief ridge fest I have collected together some of the magic and beauty of ridge that my colleagues and I have encountered over the past 40 years in applied statistics.


* 17 pages, 5 figures. This paper was invited by Technometrics to appear in a special section to celebrate the 50th anniversary of the 1970 original ridge paper by Hoerl and Kennard

Reasoning over OWL 2 is a very expensive task in general, and therefore the W3C identified tractable profiles exhibiting good computational properties. Ontological reasoning for many fragments of OWL 2 can be reduced to the evaluation of Datalog queries. This paper surveys some of these compilations, and in particular the one addressing queries over Horn-$\mathcal{SHIQ}$ knowledge bases and its implementation in DLV2 enanched by a new version of the Magic Sets algorithm.


* 15 pages, 2 tables, 1 figure, 2 algorithms, under review for the book Studies on the Semantic Web Series

Physics analysis in astroparticle experiments requires the capability of recognizing new phenomena; in order to establish what is new, it is important to develop tools for automatic classification, able to compare the final result with data from different detectors. A typical example is the problem of Gamma Ray Burst detection, classification, and possible association to known sources: for this task physicists will need in the next years tools to associate data from optical databases, from satellite experiments (EGRET, GLAST), and from Cherenkov telescopes (MAGIC, HESS, CANGAROO, VERITAS).

Any Target Function Exists in a Neighborhood of Any Sufficiently Wide Random Network: A Geometrical Perspective 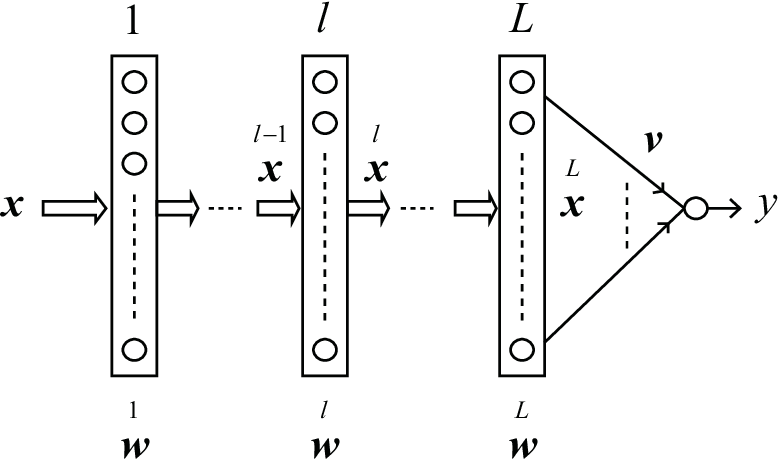 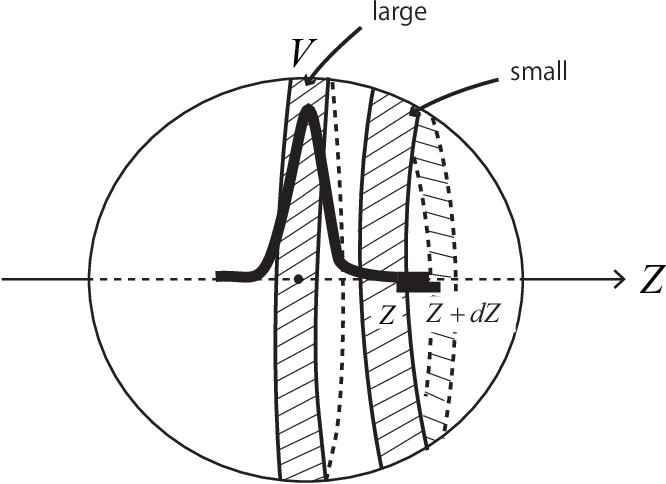 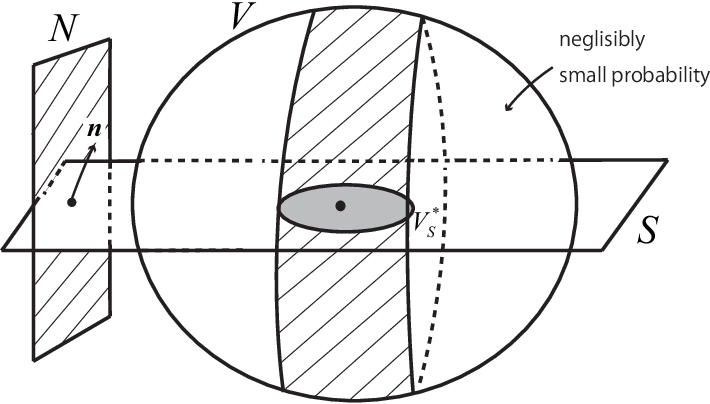 It is known that any target function is realized in a sufficiently small neighborhood of any randomly connected deep network, provided the width (the number of neurons in a layer) is sufficiently large. There are sophisticated theories and discussions concerning this striking fact, but rigorous theories are very complicated. We give an elementary geometrical proof by using a simple model for the purpose of elucidating its structure. We show that high-dimensional geometry plays a magical role: When we project a high-dimensional sphere of radius 1 to a low-dimensional subspace, the uniform distribution over the sphere reduces to a Gaussian distribution of negligibly small covariances. 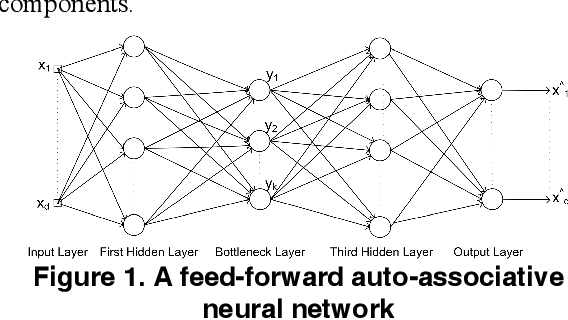 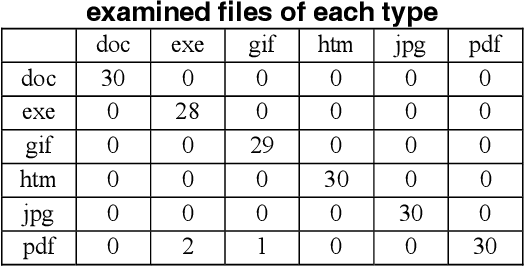 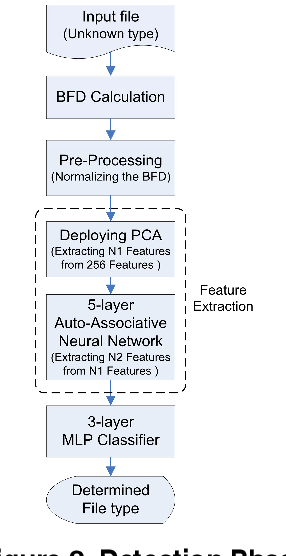