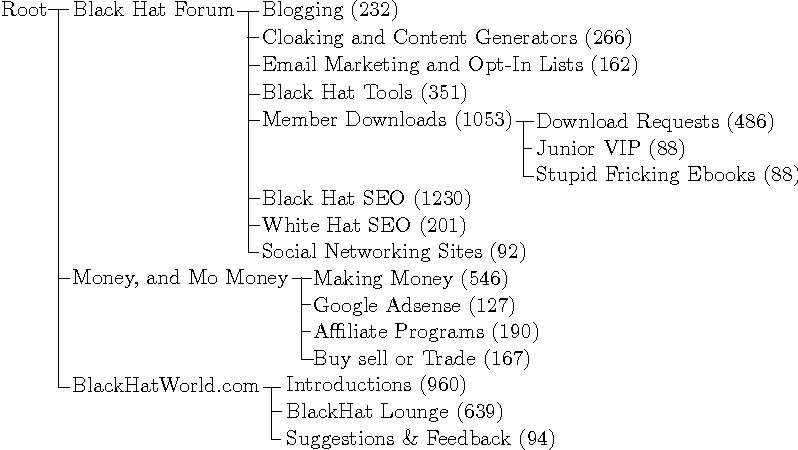 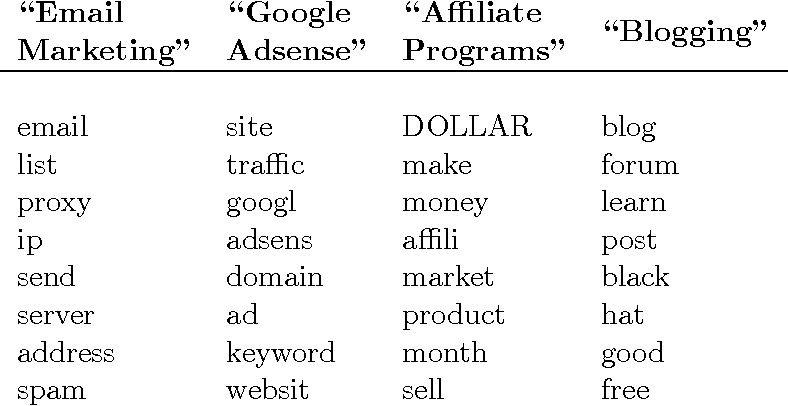 We study the problem of topic modeling in corpora whose documents are organized in a multi-level hierarchy. We explore a parametric approach to this problem, assuming that the number of topics is known or can be estimated by cross-validation. The models we consider can be viewed as special (finite-dimensional) instances of hierarchical Dirichlet processes (HDPs). For these models we show that there exists a simple variational approximation for probabilistic inference. The approximation relies on a previously unexploited inequality that handles the conditional dependence between Dirichlet latent variables in adjacent levels of the model's hierarchy. We compare our approach to existing implementations of nonparametric HDPs. On several benchmarks we find that our approach is faster than Gibbs sampling and able to learn more predictive models than existing variational methods. Finally, we demonstrate the large-scale viability of our approach on two newly available corpora from researchers in computer security---one with 350,000 documents and over 6,000 internal subcategories, the other with a five-level deep hierarchy.

We propose a novel Wasserstein method with a distillation mechanism, yielding joint learning of word embeddings and topics. The proposed method is based on the fact that the Euclidean distance between word embeddings may be employed as the underlying distance in the Wasserstein topic model. The word distributions of topics, their optimal transports to the word distributions of documents, and the embeddings of words are learned in a unified framework. When learning the topic model, we leverage a distilled underlying distance matrix to update the topic distributions and smoothly calculate the corresponding optimal transports. Such a strategy provides the updating of word embeddings with robust guidance, improving the algorithmic convergence. As an application, we focus on patient admission records, in which the proposed method embeds the codes of diseases and procedures and learns the topics of admissions, obtaining superior performance on clinically-meaningful disease network construction, mortality prediction as a function of admission codes, and procedure recommendation.

Podcasts have emerged as a massively consumed online content, notably due to wider accessibility of production means and scaled distribution through large streaming platforms. Categorization systems and information access technologies typically use topics as the primary way to organize or navigate podcast collections. However, annotating podcasts with topics is still quite problematic because the assigned editorial genres are broad, heterogeneous or misleading, or because of data challenges (e.g. short metadata text, noisy transcripts). Here, we assess the feasibility to discover relevant topics from podcast metadata, titles and descriptions, using topic modeling techniques for short text. We also propose a new strategy to leverage named entities (NEs), often present in podcast metadata, in a Non-negative Matrix Factorization (NMF) topic modeling framework. Our experiments on two existing datasets from Spotify and iTunes and Deezer, a new dataset from an online service providing a catalog of podcasts, show that our proposed document representation, NEiCE, leads to improved topic coherence over the baselines. We release the code for experimental reproducibility of the results. 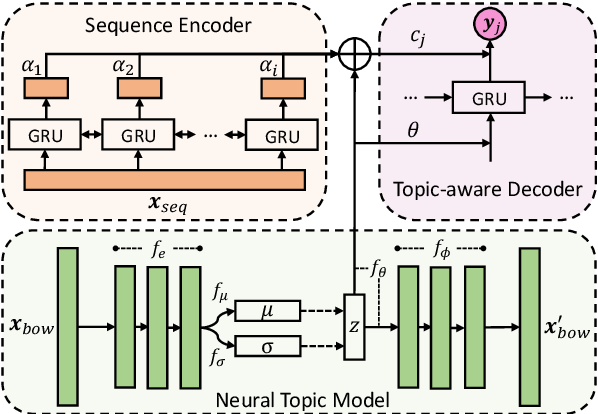 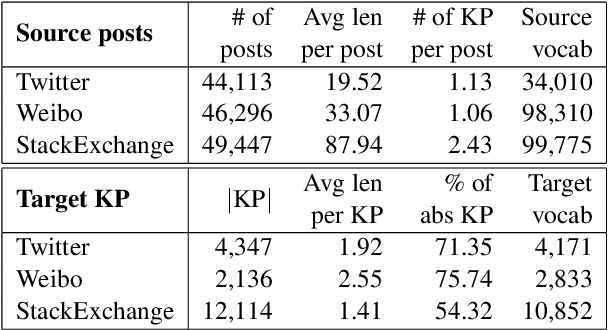 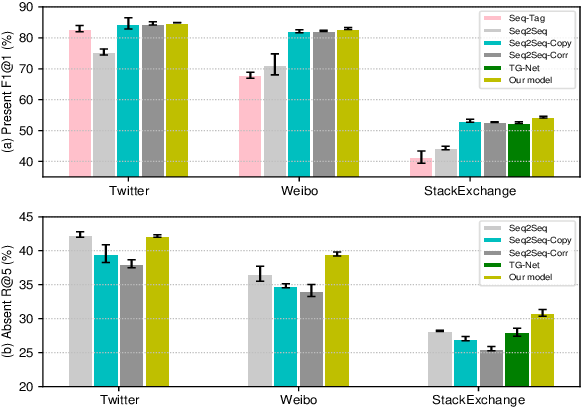 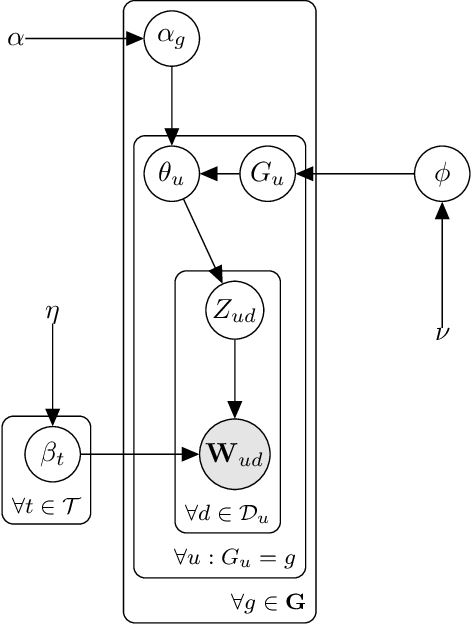 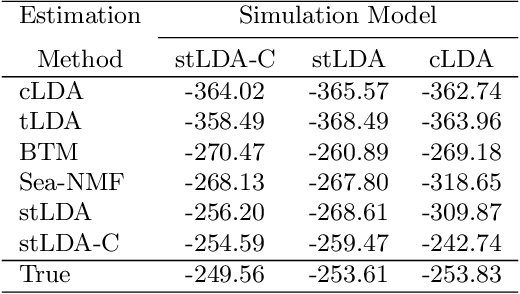 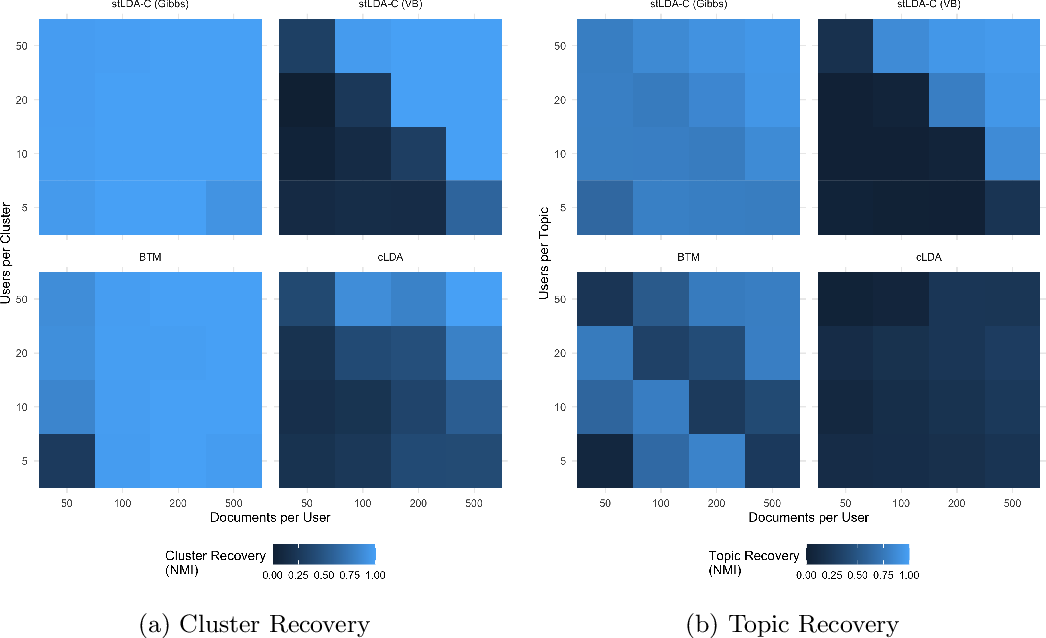 Analysis of short text, such as social media posts, is extremely difficult because it relies on observing many document-level word co-occurrence pairs. Beyond topic distributions, a common downstream task of the modeling is grouping the authors of these documents for subsequent analyses. Traditional models estimate the document groupings and identify user clusters with an independent procedure. We propose a novel model that expands on the Latent Dirichlet Allocation by modeling strong dependence among the words in the same document, with user-level topic distributions. We also simultaneously cluster users, removing the need for post-hoc cluster estimation and improving topic estimation by shrinking noisy user-level topic distributions towards typical values. Our method performs as well as -- or better -- than traditional approaches to problems arising in short text, and we demonstrate its usefulness on a dataset of tweets from United States Senators, recovering both meaningful topics and clusters that reflect partisan ideology. 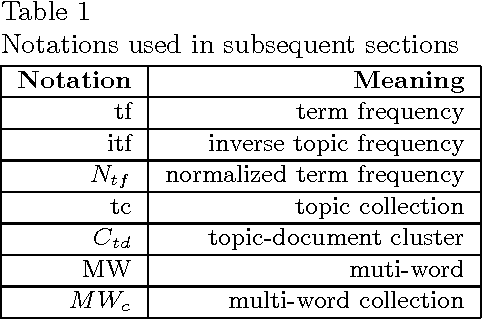 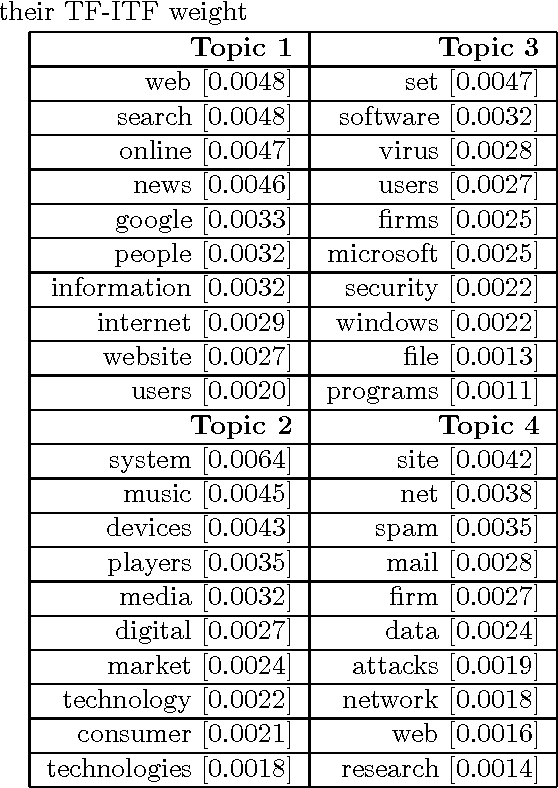 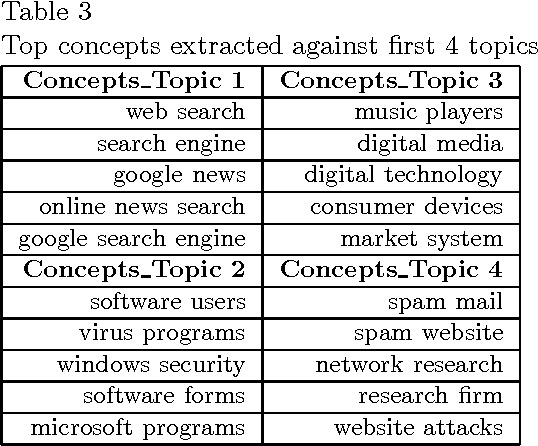 With the advent of semantic web, various tools and techniques have been introduced for presenting and organizing knowledge. Concept hierarchies are one such technique which gained significant attention due to its usefulness in creating domain ontologies that are considered as an integral part of semantic web. Automated concept hierarchy learning algorithms focus on extracting relevant concepts from unstructured text corpus and connect them together by identifying some potential relations exist between them. In this paper, we propose a novel approach for identifying relevant concepts from plain text and then learns hierarchy of concepts by exploiting subsumption relation between them. To start with, we model topics using a probabilistic topic model and then make use of some lightweight linguistic process to extract semantically rich concepts. Then we connect concepts by identifying an "is-a" relationship between pair of concepts. The proposed method is completely unsupervised and there is no need for a domain specific training corpus for concept extraction and learning. Experiments on large and real-world text corpora such as BBC News dataset and Reuters News corpus shows that the proposed method outperforms some of the existing methods for concept extraction and efficient concept hierarchy learning is possible if the overall task is guided by a probabilistic topic modeling algorithm. 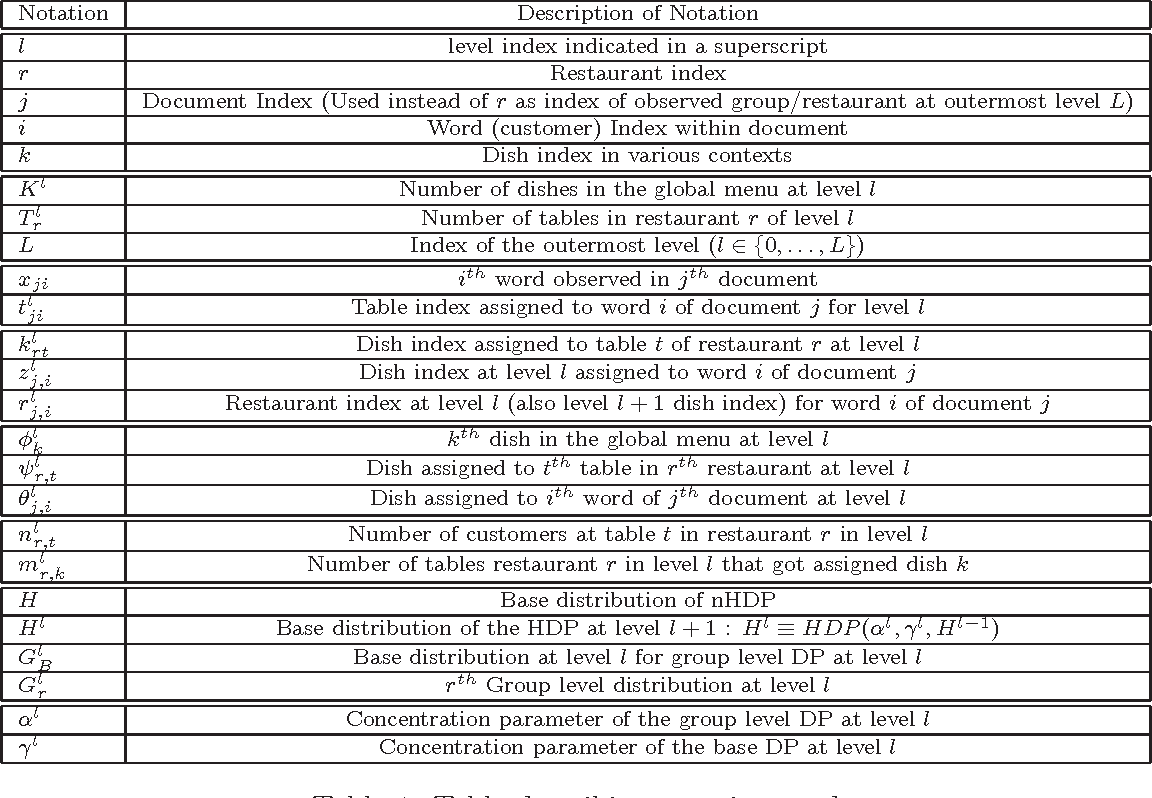 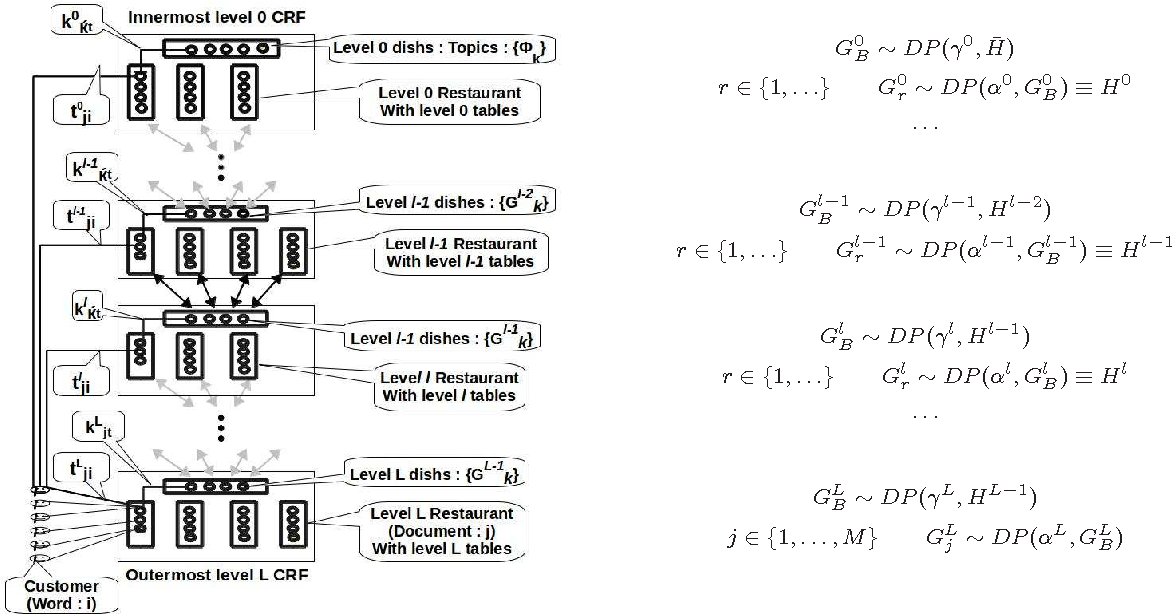 Dirichlet Process(DP) is a Bayesian non-parametric prior for infinite mixture modeling, where the number of mixture components grows with the number of data items. The Hierarchical Dirichlet Process (HDP), is an extension of DP for grouped data, often used for non-parametric topic modeling, where each group is a mixture over shared mixture densities. The Nested Dirichlet Process (nDP), on the other hand, is an extension of the DP for learning group level distributions from data, simultaneously clustering the groups. It allows group level distributions to be shared across groups in a non-parametric setting, leading to a non-parametric mixture of mixtures. The nCRF extends the nDP for multilevel non-parametric mixture modeling, enabling modeling topic hierarchies. However, the nDP and nCRF do not allow sharing of distributions as required in many applications, motivating the need for multi-level non-parametric admixture modeling. We address this gap by proposing multi-level nested HDPs (nHDP) where the base distribution of the HDP is itself a HDP at each level thereby leading to admixtures of admixtures at each level. Because of couplings between various HDP levels, scaling up is naturally a challenge during inference. We propose a multi-level nested Chinese Restaurant Franchise (nCRF) representation for the nested HDP, with which we outline an inference algorithm based on Gibbs Sampling. We evaluate our model with the two level nHDP for non-parametric entity topic modeling where an inner HDP creates a countably infinite set of topic mixtures and associates them with author entities, while an outer HDP associates documents with these author entities. In our experiments on two real world research corpora, the nHDP is able to generalize significantly better than existing models and detect missing author entities with a reasonable level of accuracy. 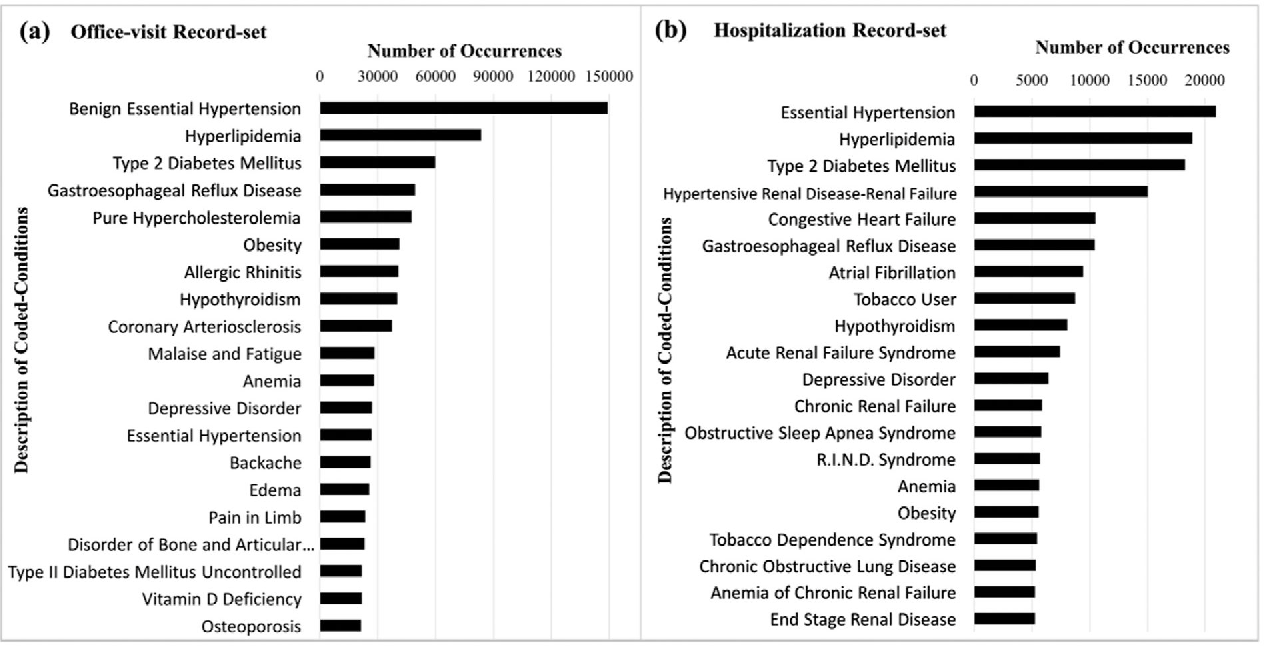 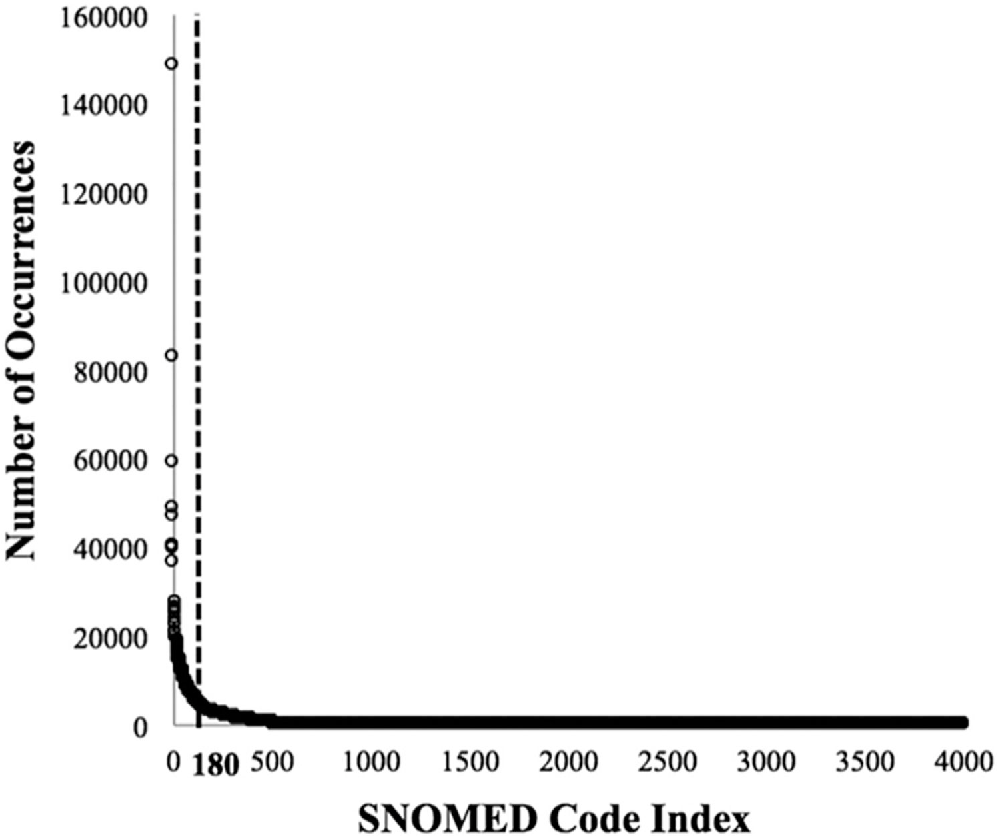 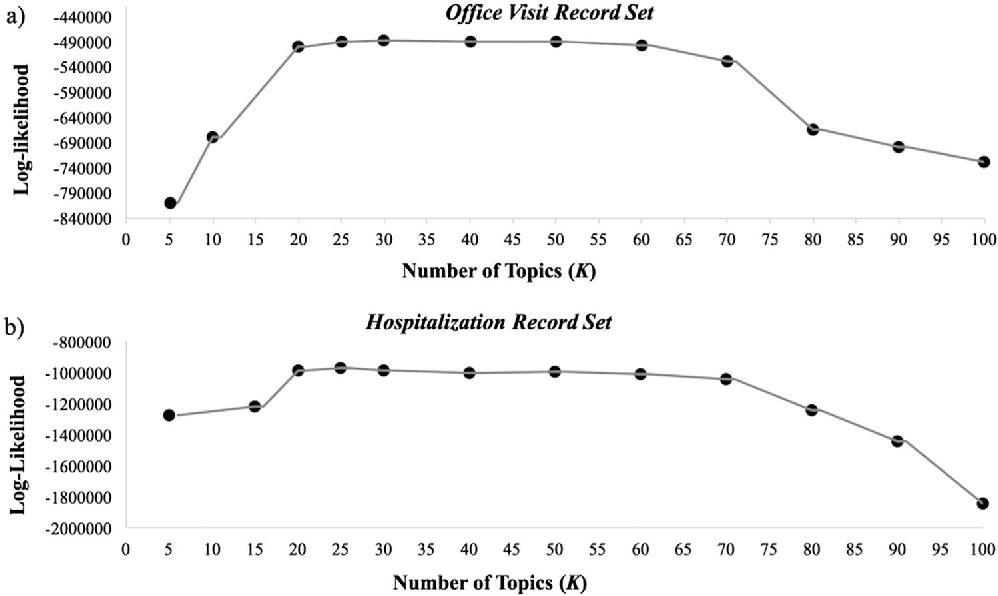 Patients associated with multiple co-occurring health conditions often face aggravated complications and less favorable outcomes. Co-occurring conditions are especially prevalent among individuals suffering from kidney disease, an increasingly widespread condition affecting 13% of the general population in the US. This study aims to identify and characterize patterns of co-occurring medical conditions in patients employing a probabilistic framework. Specifically, we apply topic modeling in a non-traditional way to find associations across SNOMEDCT codes assigned and recorded in the EHRs of>13,000 patients diagnosed with kidney disease. Unlike most prior work on topic modeling, we apply the method to codes rather than to natural language. Moreover, we quantitatively evaluate the topics, assessing their tightness and distinctiveness, and also assess the medical validity of our results. Our experiments show that each topic is succinctly characterized by a few highly probable and unique disease codes, indicating that the topics are tight. Furthermore, inter-topic distance between each pair of topics is typically high, illustrating distinctiveness. Last, most coded conditions grouped together within a topic, are indeed reported to co-occur in the medical literature. Notably, our results uncover a few indirect associations among conditions that have hitherto not been reported as correlated in the medical literature.

Visualization and topic modeling are widely used approaches for text analysis. Traditional visualization methods find low-dimensional representations of documents in the visualization space (typically 2D or 3D) that can be displayed using a scatterplot. In contrast, topic modeling aims to discover topics from text, but for visualization, one needs to perform a post-hoc embedding using dimensionality reduction methods. Recent approaches propose using a generative model to jointly find topics and visualization, allowing the semantics to be infused in the visualization space for a meaningful interpretation. A major challenge that prevents these methods from being used practically is the scalability of their inference algorithms. We present, to the best of our knowledge, the first fast Auto-Encoding Variational Bayes based inference method for jointly inferring topics and visualization. Since our method is black box, it can handle model changes efficiently with little mathematical rederivation effort. We demonstrate the efficiency and effectiveness of our method on real-world large datasets and compare it with existing baselines.


* Accepted at the 28th International Conference on Computational Linguistics (COLING 2020)