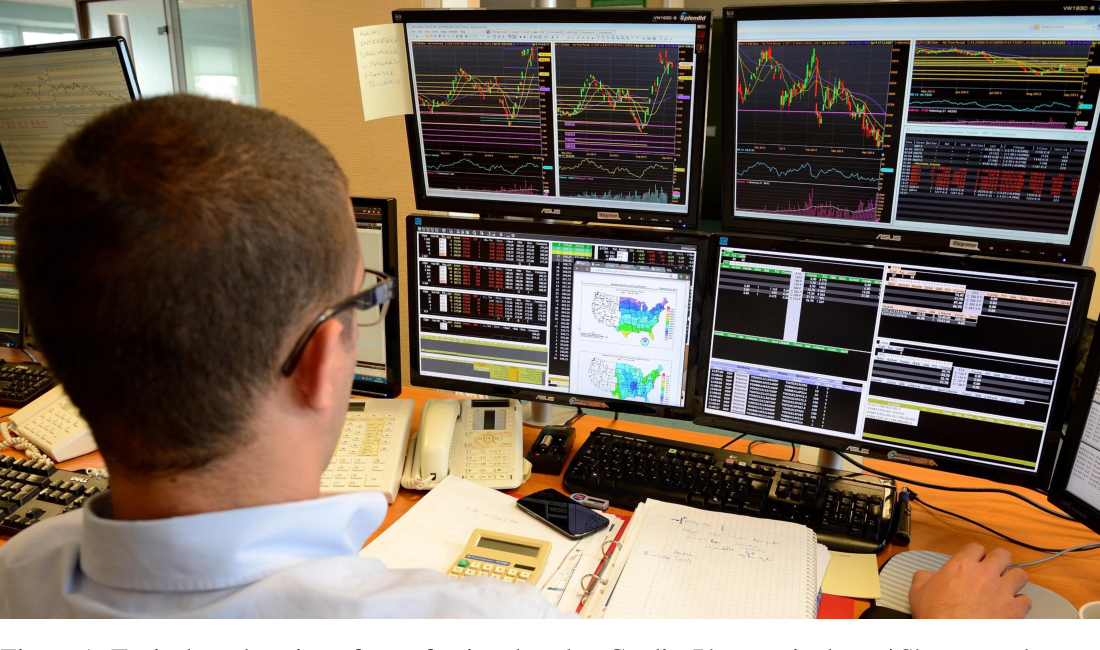 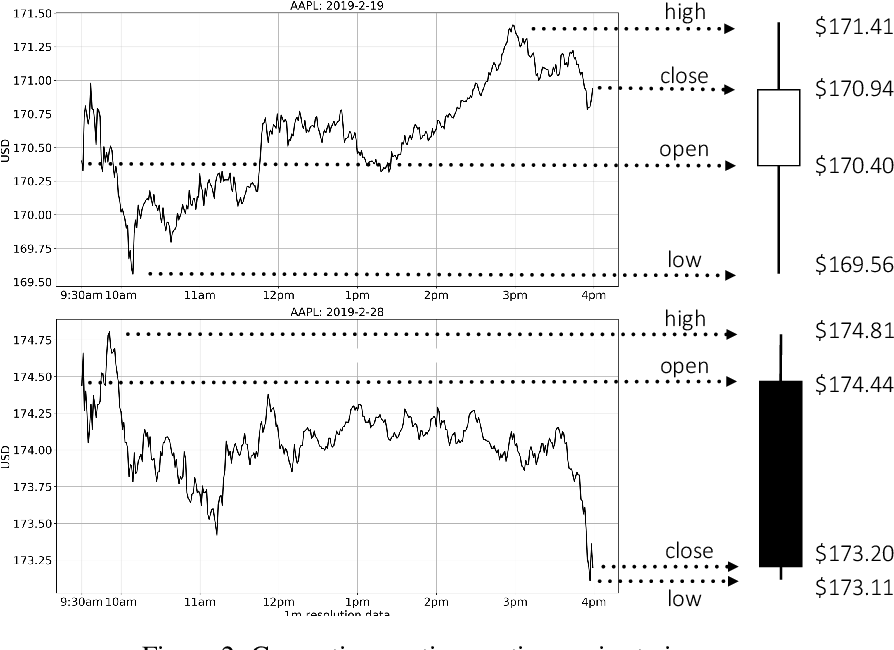 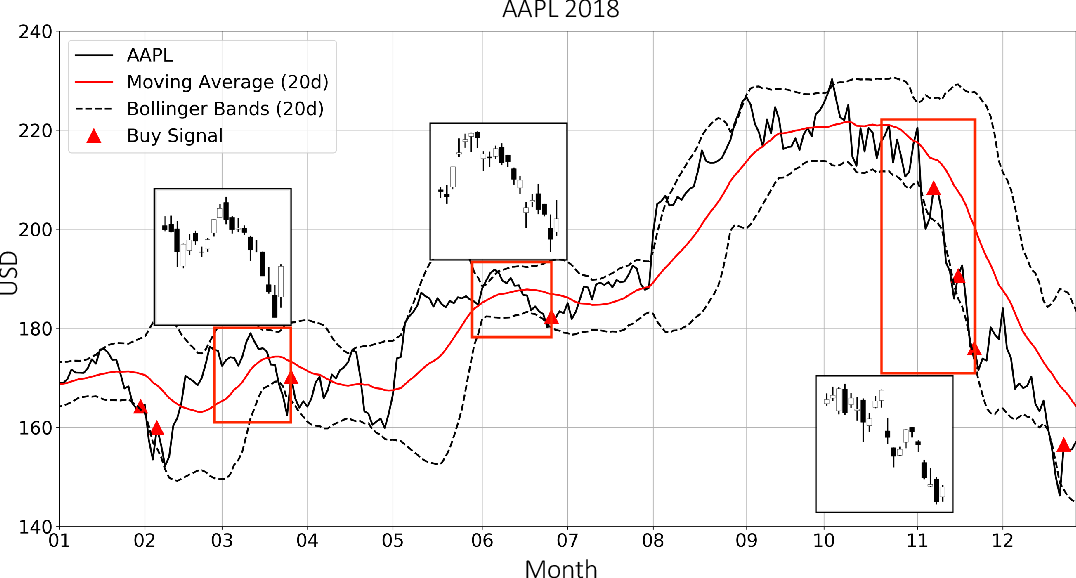 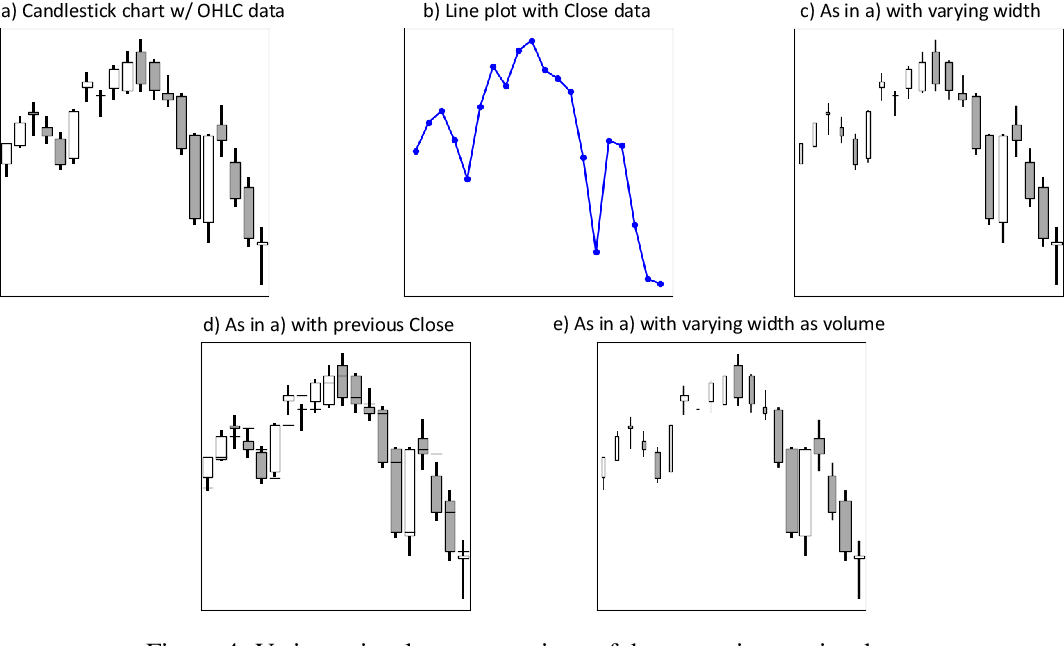 The art of systematic financial trading evolved with an array of approaches, ranging from simple strategies to complex algorithms all relying, primary, on aspects of time-series analysis. Recently, after visiting the trading floor of a leading financial institution, we noticed that traders always execute their trade orders while observing images of financial time-series on their screens. In this work, we built upon the success in image recognition and examine the value in transforming the traditional time-series analysis to that of image classification. We create a large sample of financial time-series images encoded as candlestick (Box and Whisker) charts and label the samples following three algebraically-defined binary trade strategies. Using the images, we train over a dozen machine-learning classification models and find that the algorithms are very efficient in recovering the complicated, multiscale label-generating rules when the data is represented visually. We suggest that the transformation of continuous numeric time-series classification problem to a vision problem is useful for recovering signals typical of technical analysis.

In many applications of time series models, such as climate analysis and social media analysis, we are often interested in extreme events, such as heatwave, wind gust, and burst of topics. These time series data usually exhibit a heavy-tailed distribution rather than a Gaussian distribution. This poses great challenges to existing approaches due to the significantly different assumptions on the data distributions and the lack of sufficient past data on extreme events. In this paper, we propose the Sparse-GEV model, a latent state model based on the theory of extreme value modeling to automatically learn sparse temporal dependence and make predictions. Our model is theoretically significant because it is among the first models to learn sparse temporal dependencies among multivariate extreme value time series. We demonstrate the superior performance of our algorithm to the state-of-art methods, including Granger causality, copula approach, and transfer entropy, on one synthetic dataset, one climate dataset and two Twitter datasets.

Time series observations can be seen as realizations of an underlying dynamical system governed by rules that we typically do not know. For time series learning tasks, we need to understand that we fit our model on available data, which is a unique realized history. Training on a single realization often induces severe overfitting lacking generalization. To address this issue, we introduce a general recursive framework for time series augmentation, which we call Recursive Interpolation Method, denoted as RIM. New samples are generated using a recursive interpolation function of all previous values in such a way that the enhanced samples preserve the original inherent time series dynamics. We perform theoretical analysis to characterize the proposed RIM and to guarantee its test performance. We apply RIM to diverse real world time series cases to achieve strong performance over non-augmented data on regression, classification, and reinforcement learning tasks. 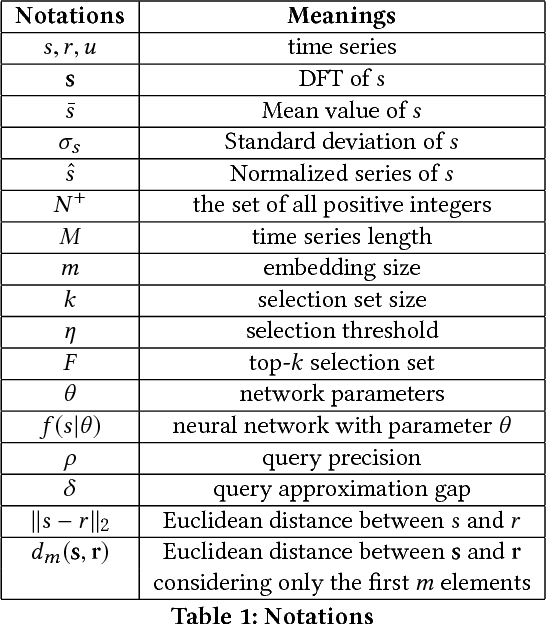 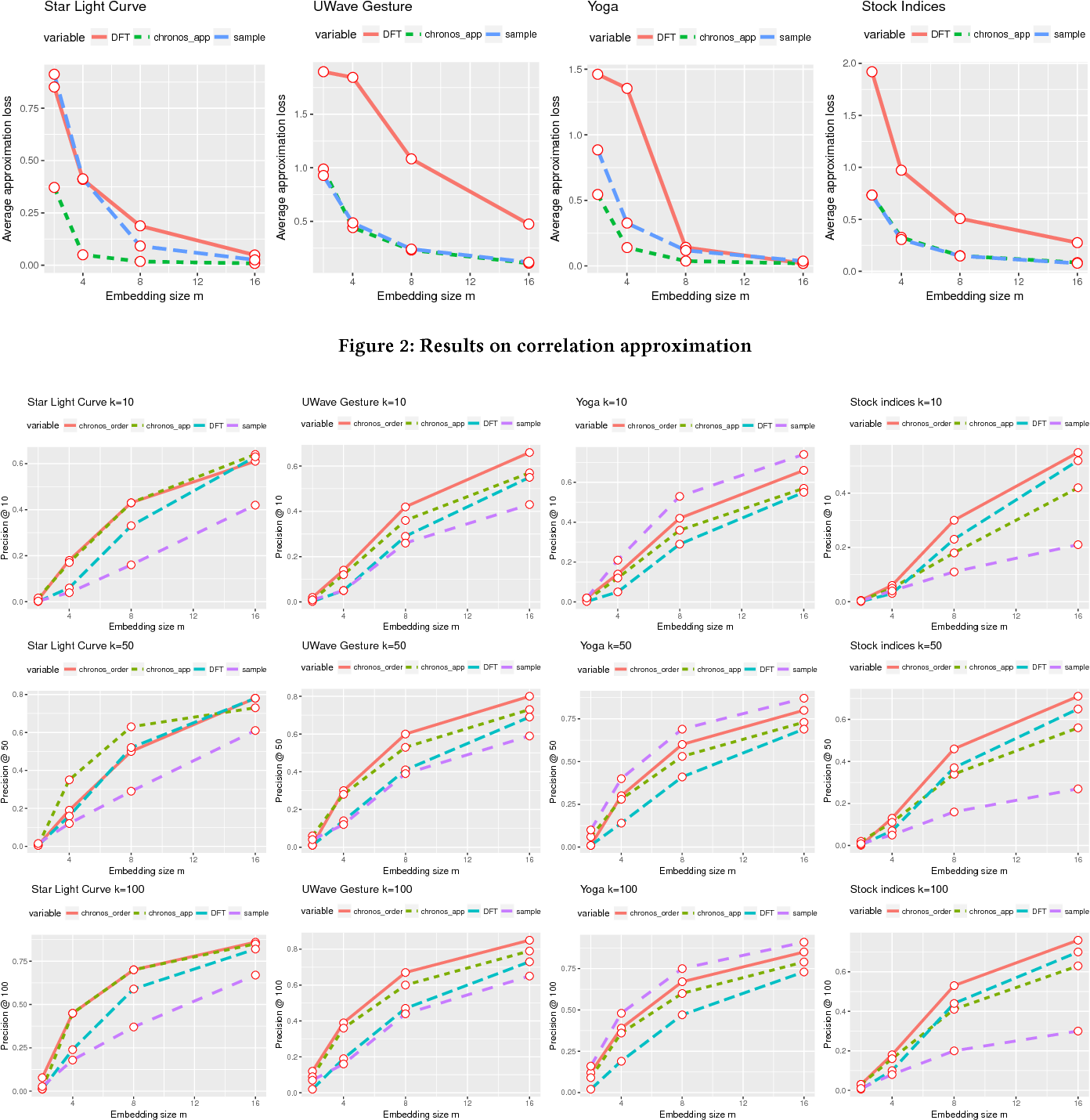 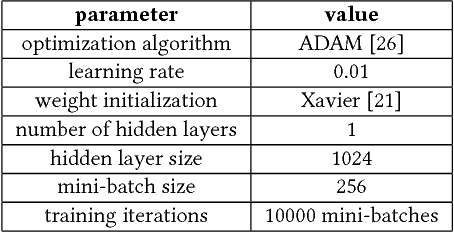 We propose an approximation algorithm for efficient correlation search in time series data. In our method, we use Fourier transform and neural network to embed time series into a low-dimensional Euclidean space. The given space is learned such that time series correlation can be effectively approximated from Euclidean distance between corresponding embedded vectors. Therefore, search for correlated time series can be done using an index in the embedding space for efficient nearest neighbor search. Our theoretical analysis illustrates that our method's accuracy can be guaranteed under certain regularity conditions. We further conduct experiments on real-world datasets and the results show that our method indeed outperforms the baseline solution. In particular, for approximation of correlation, our method reduces the approximation loss by a half in most test cases compared to the baseline solution. For top-$k$ highest correlation search, our method improves the precision from 5\% to 20\% while the query time is similar to the baseline approach query time.

Time Series is a Special Sequence: Forecasting with Sample Convolution and Interaction

Time series is a special type of sequence data, a set of observations collected at even intervals of time and ordered chronologically. Existing deep learning techniques use generic sequence models (e.g., recurrent neural network, Transformer model, or temporal convolutional network) for time series analysis, which ignore some of its unique properties. For example, the downsampling of time series data often preserves most of the information in the data, while this is not true for general sequence data such as text sequence and DNA sequence. Motivated by the above, in this paper, we propose a novel neural network architecture and apply it for the time series forecasting problem, wherein we conduct sample convolution and interaction at multiple resolutions for temporal modeling. The proposed architecture, namelySCINet, facilitates extracting features with enhanced predictability. Experimental results show that SCINet achieves significant prediction accuracy improvement over existing solutions across various real-world time series forecasting datasets. In particular, it can achieve high fore-casting accuracy for those temporal-spatial datasets without using sophisticated spatial modeling techniques. Our codes and data are presented in the supplemental material. 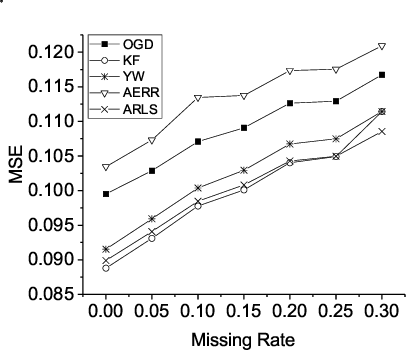 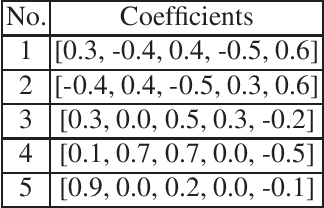 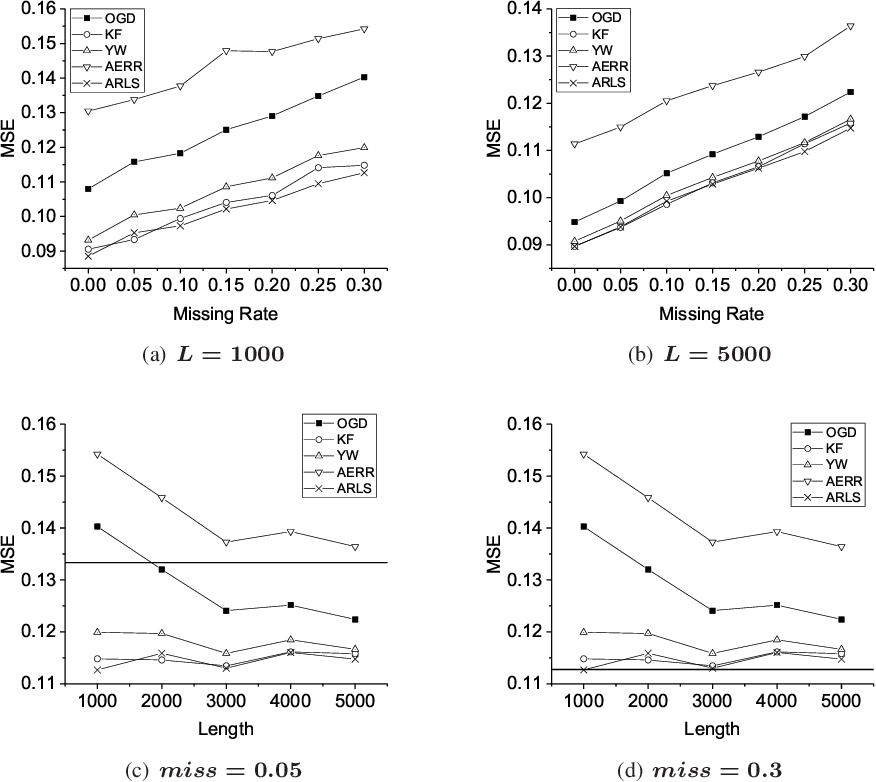 Time series prediction with missing values is an important problem of time series analysis since complete data is usually hard to obtain in many real-world applications. To model the generation of time series, autoregressive (AR) model is a basic and widely used one, which assumes that each observation in the time series is a noisy linear combination of some previous observations along with a constant shift. To tackle the problem of prediction with missing values, a number of methods were proposed based on various data models. For real application scenarios, how do these methods perform over different types of time series with different levels of data missing remains to be investigated. In this paper, we focus on online methods for AR-model-based time series prediction with missing values. We adapted five mainstream methods to fit in such a scenario. We make detailed discussion on each of them by introducing their core ideas about how to estimate the AR coefficients and their different strategies to deal with missing values. We also present algorithmic implementations for better understanding. In order to comprehensively evaluate these methods and do the comparison, we conduct experiments with various configurations of relative parameters over both synthetic and real data. From the experimental results, we derived several noteworthy conclusions and shows that imputation is a simple but reliable strategy to handle missing values in online prediction tasks. 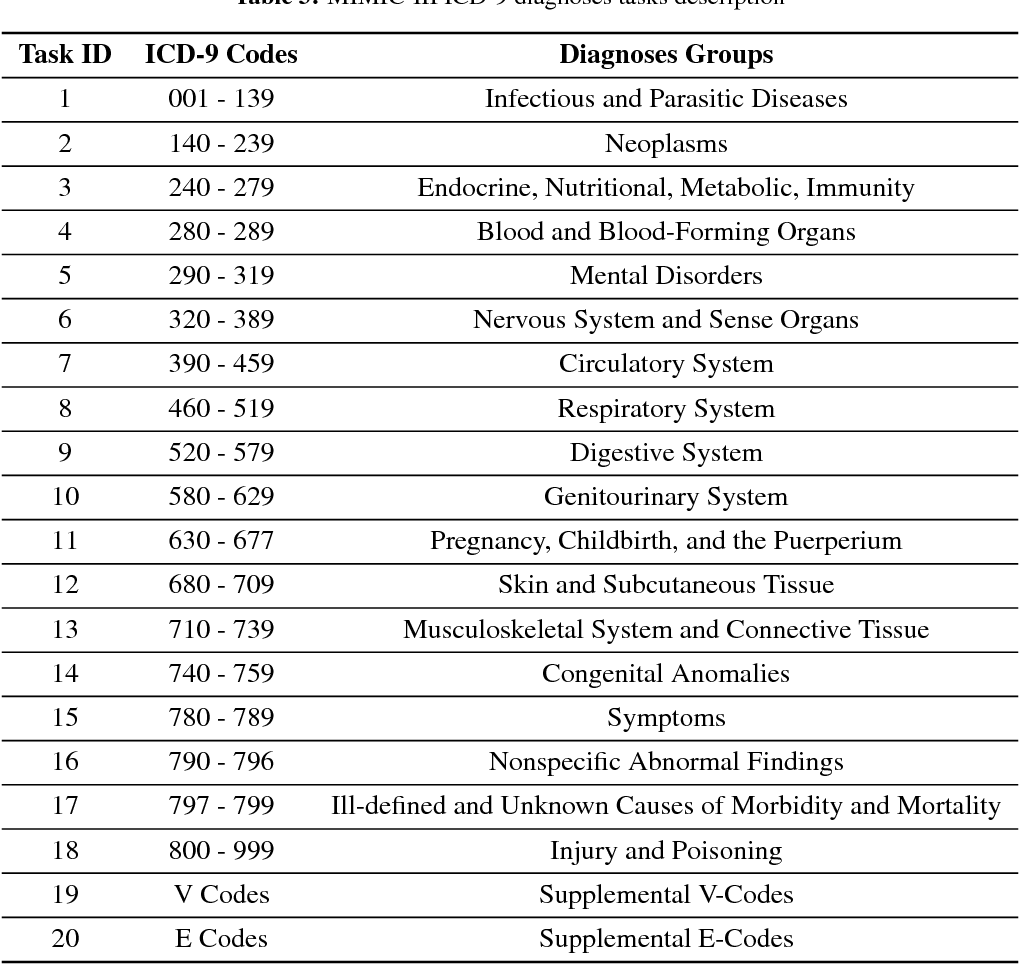 Multivariate time series data in practical applications, such as health care, geoscience, and biology, are characterized by a variety of missing values. In time series prediction and other related tasks, it has been noted that missing values and their missing patterns are often correlated with the target labels, a.k.a., informative missingness. There is very limited work on exploiting the missing patterns for effective imputation and improving prediction performance. In this paper, we develop novel deep learning models, namely GRU-D, as one of the early attempts. GRU-D is based on Gated Recurrent Unit (GRU), a state-of-the-art recurrent neural network. It takes two representations of missing patterns, i.e., masking and time interval, and effectively incorporates them into a deep model architecture so that it not only captures the long-term temporal dependencies in time series, but also utilizes the missing patterns to achieve better prediction results. Experiments of time series classification tasks on real-world clinical datasets (MIMIC-III, PhysioNet) and synthetic datasets demonstrate that our models achieve state-of-the-art performance and provides useful insights for better understanding and utilization of missing values in time series analysis. 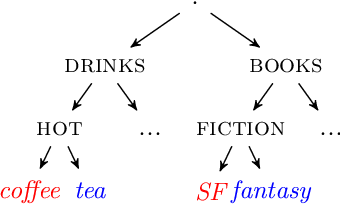 The availability of large amounts of time series data, paired with the performance of deep-learning algorithms on a broad class of problems, has recently led to significant interest in the use of sequence-to-sequence models for time series forecasting. We provide the first theoretical analysis of this time series forecasting framework. We include a comparison of sequence-to-sequence modeling to classical time series models, and as such our theory can serve as a quantitative guide for practitioners choosing between different modeling methodologies. 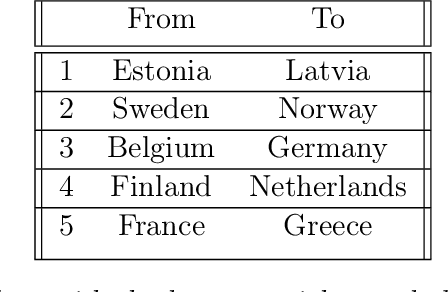 We propose a new auto-regressive model for the statistical analysis of multivariate distributional time series. The data of interest consist of a collection of multiple series of probability measures supported over a bounded interval of the real line, and that are indexed by distinct time instants. The probability measures are modelled as random objects in the Wasserstein space. We establish the auto-regressive model in the tangent space at the Lebesgue measure by first centering all the raw measures so that their Fr\'echet means turn to be the Lebesgue measure. Using the theory of iterated random function systems, results on the existence, uniqueness and stationarity of the solution of such a model are provided. We also propose a consistent estimator for the model coefficient. In addition to the analysis of simulated data, the proposed model is illustrated with two real data sets made of observations from age distribution in different countries and bike sharing network in Paris. Finally, due to the positive and boundedness constraints that we impose on the model coefficients, the proposed estimator that is learned under these constraints, naturally has a sparse structure. The sparsity allows furthermore the application of the proposed model in learning a graph of temporal dependency from the multivariate distributional time series.