Highly comparative time-series analysis: The empirical structure of time series and their methods 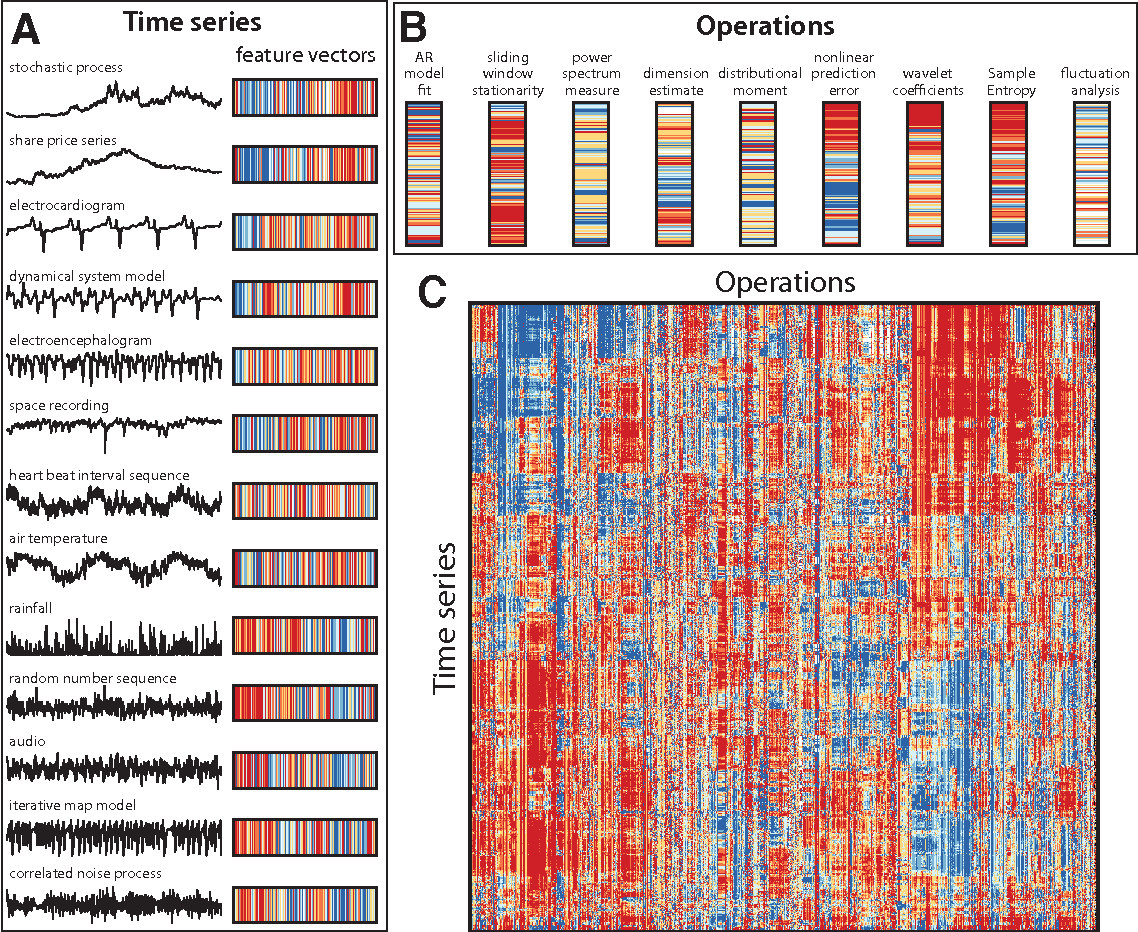 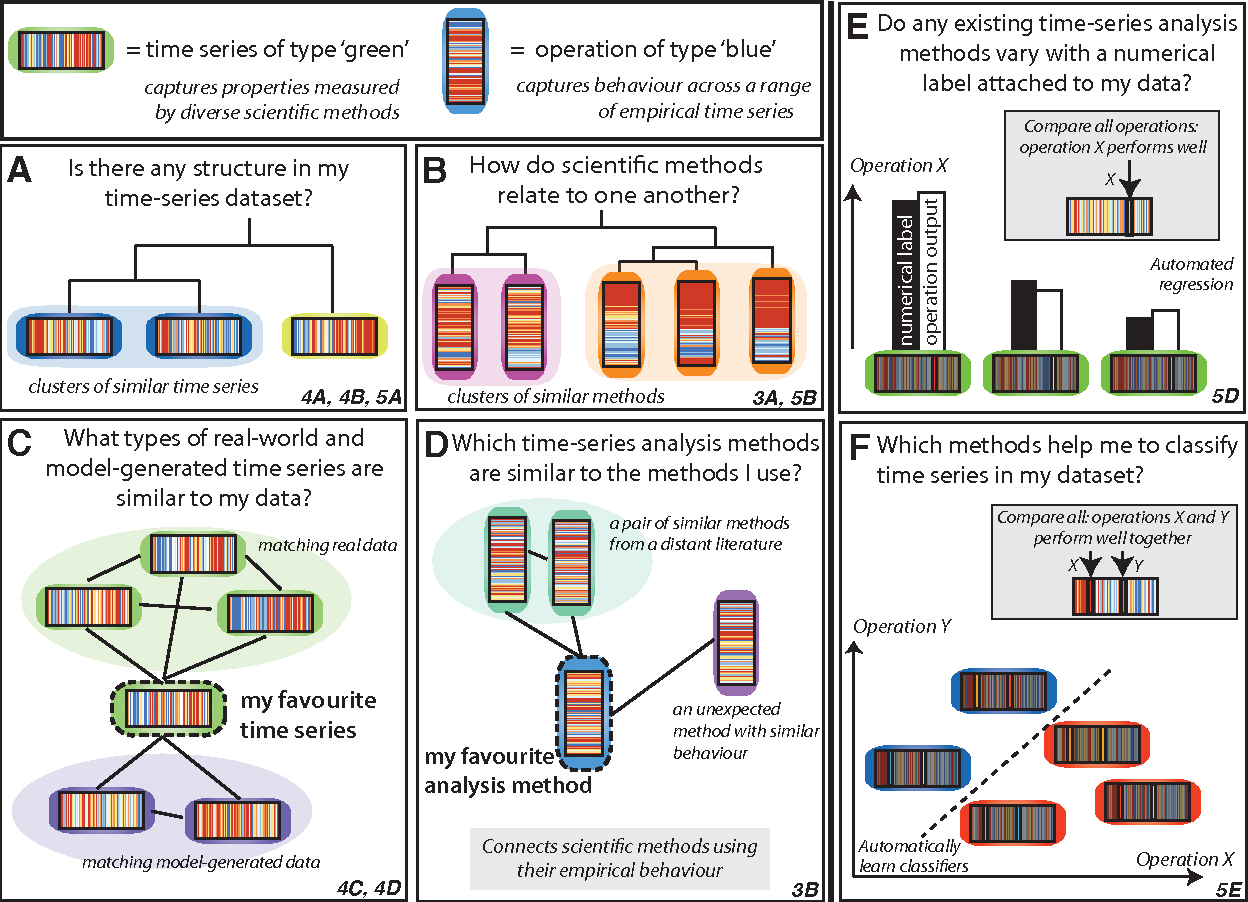 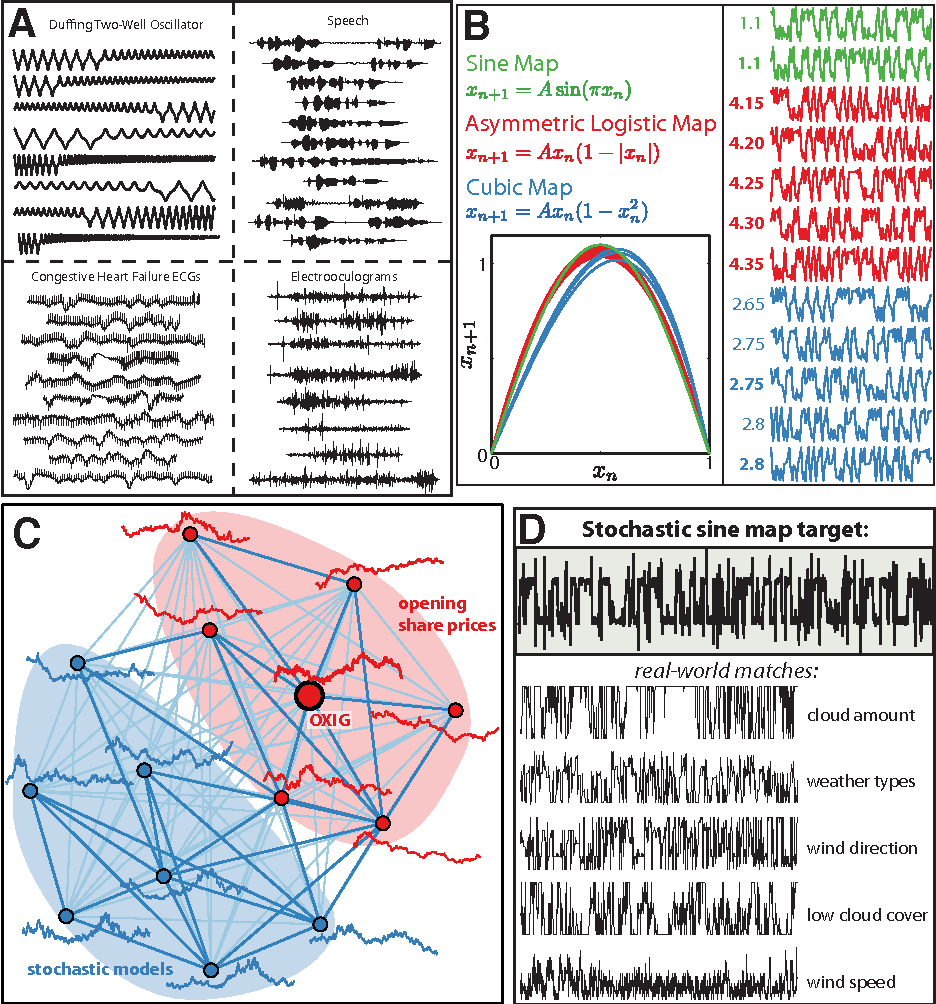 The process of collecting and organizing sets of observations represents a common theme throughout the history of science. However, despite the ubiquity of scientists measuring, recording, and analyzing the dynamics of different processes, an extensive organization of scientific time-series data and analysis methods has never been performed. Addressing this, annotated collections of over 35 000 real-world and model-generated time series and over 9000 time-series analysis algorithms are analyzed in this work. We introduce reduced representations of both time series, in terms of their properties measured by diverse scientific methods, and of time-series analysis methods, in terms of their behaviour on empirical time series, and use them to organize these interdisciplinary resources. This new approach to comparing across diverse scientific data and methods allows us to organize time-series datasets automatically according to their properties, retrieve alternatives to particular analysis methods developed in other scientific disciplines, and automate the selection of useful methods for time-series classification and regression tasks. The broad scientific utility of these tools is demonstrated on datasets of electroencephalograms, self-affine time series, heart beat intervals, speech signals, and others, in each case contributing novel analysis techniques to the existing literature. Highly comparative techniques that compare across an interdisciplinary literature can thus be used to guide more focused research in time-series analysis for applications across the scientific disciplines. 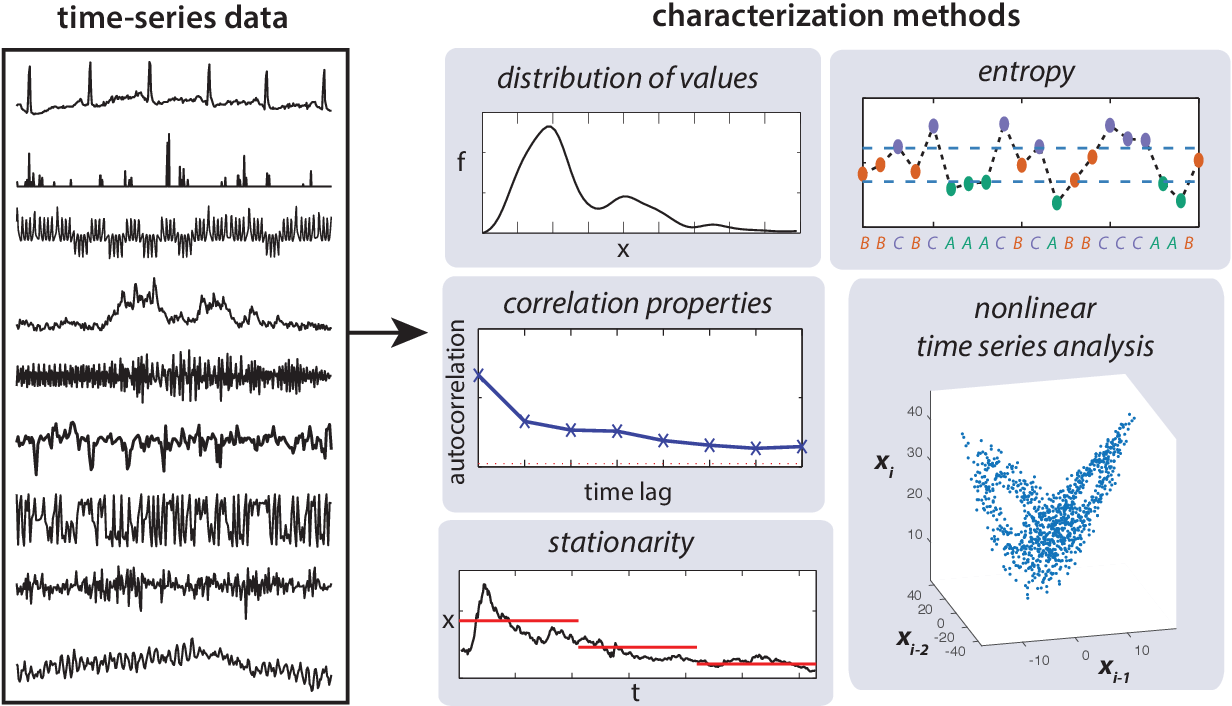 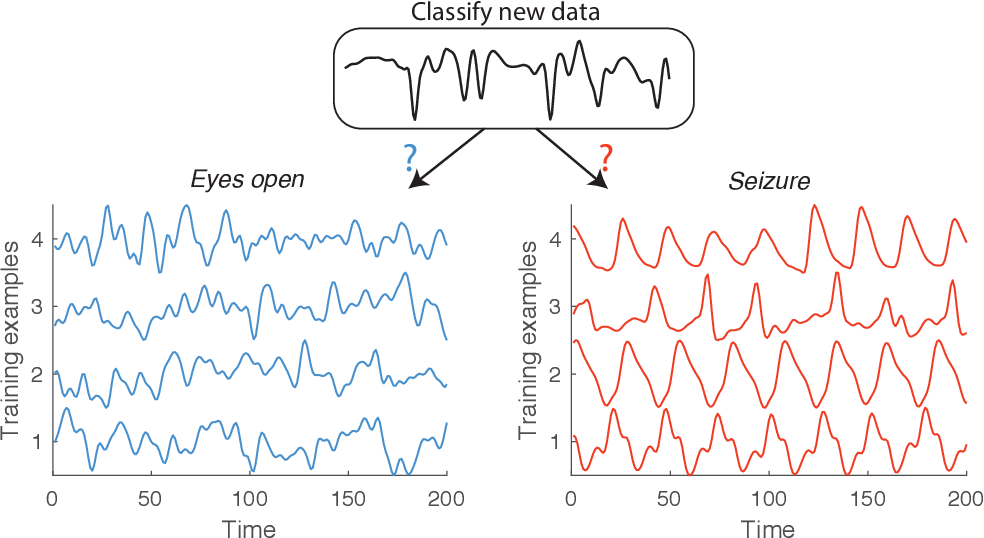 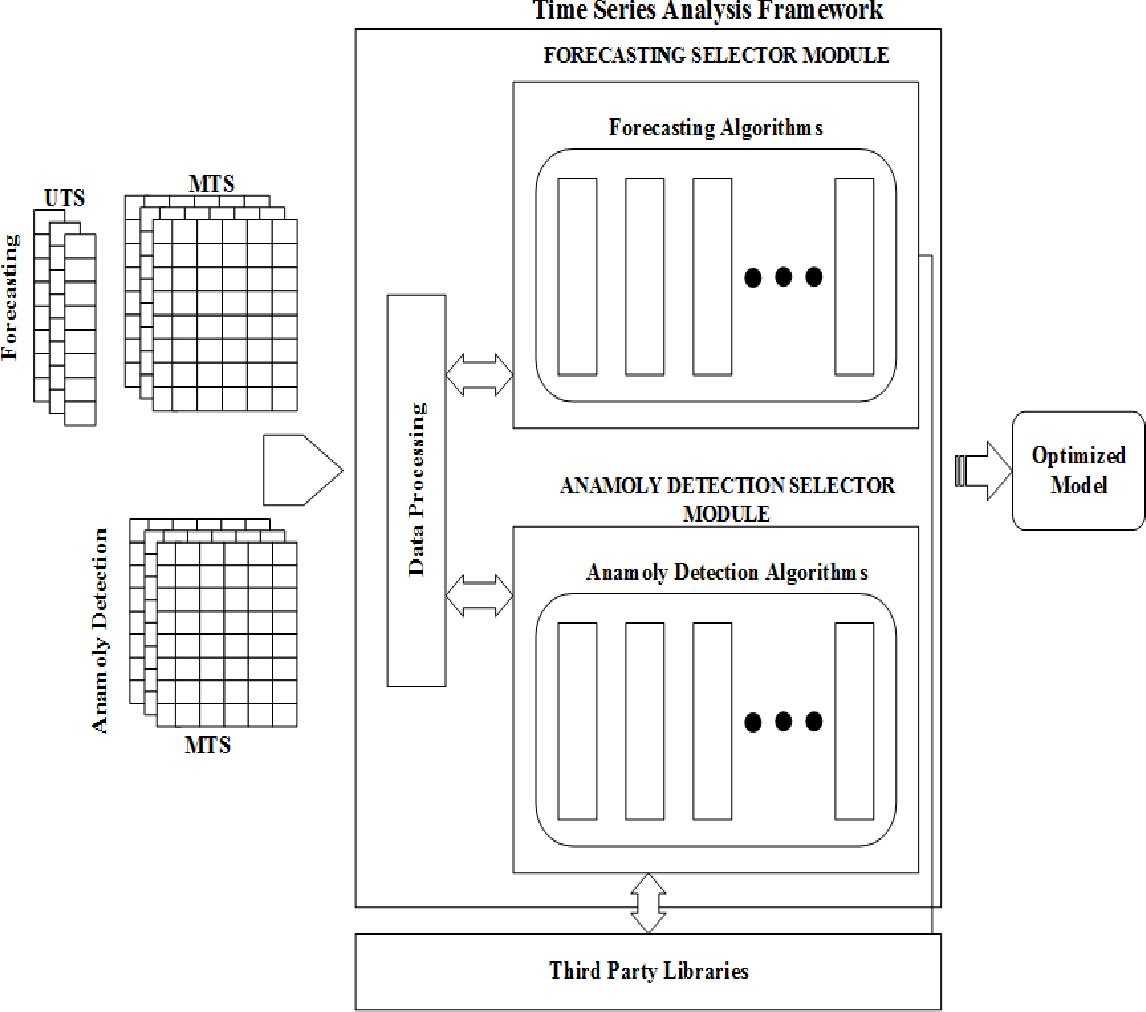 Time series data is used in a wide range of real world applications. In a variety of domains , detailed analysis of time series data (via Forecasting and Anomaly Detection) leads to a better understanding of how events associated with a specific time instance behave. Time Series Analysis (TSA) is commonly performed with plots and traditional models. Machine Learning (ML) approaches , on the other hand , have seen an increase in the state of the art for Forecasting and Anomaly Detection because they provide comparable results when time and data constraints are met. A number of time series toolboxes are available that offer rich interfaces to specific model classes (ARIMA/filters , neural networks) or framework interfaces to isolated time series modelling tasks (forecasting , feature extraction , annotation , classification). Nonetheless , open source machine learning capabilities for time series remain limited , and existing libraries are frequently incompatible with one another. The goal of this paper is to provide a concise and user friendly overview of the most important open source tools for time series analysis. This article examines two related toolboxes (1) forecasting and (2) anomaly detection. This paper describes a typical Time Series Analysis (TSA) framework with an architecture and lists the main features of TSA framework. The tools are categorized based on the criteria of analysis tasks completed , data preparation methods employed , and evaluation methods for results generated. This paper presents quantitative analysis and discusses the current state of actively developed open source Time Series Analysis frameworks. Overall , this article considered 60 time series analysis tools , and 32 of which provided forecasting modules , and 21 packages included anomaly detection. 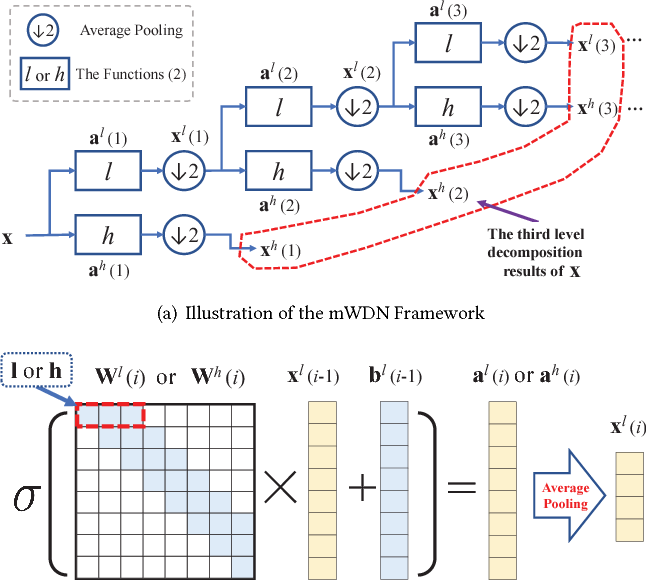 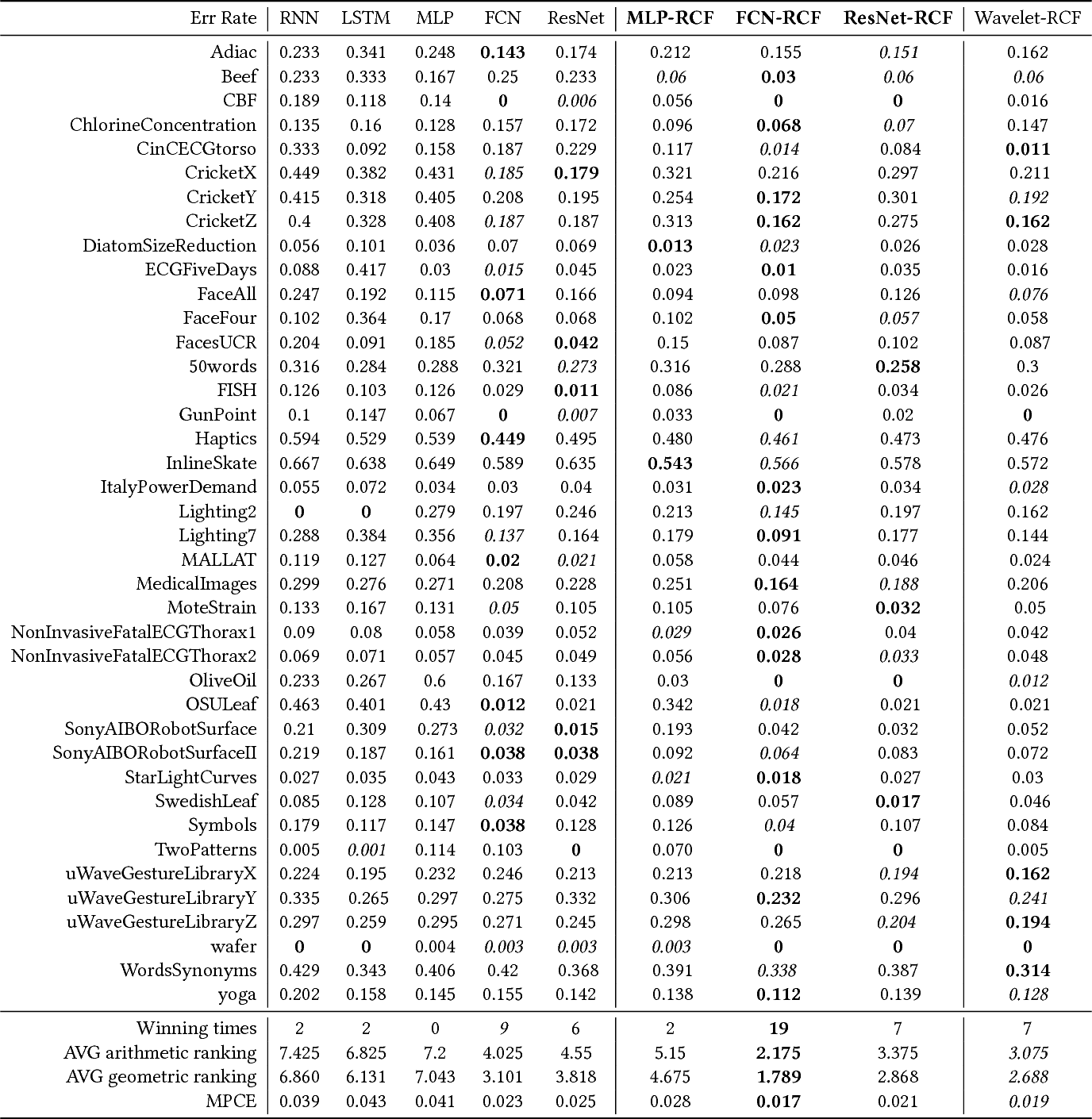 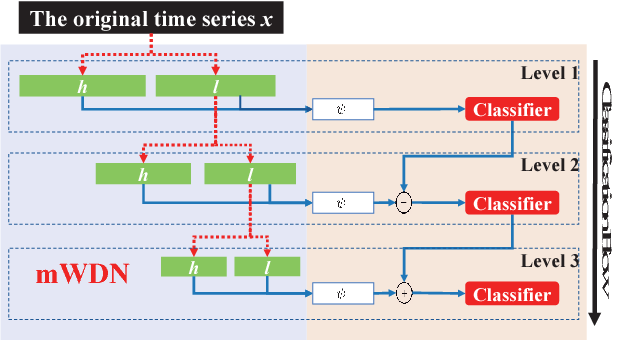 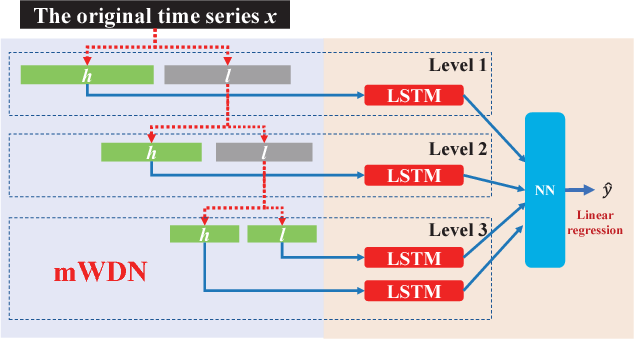 Recent years have witnessed the unprecedented rising of time series from almost all kindes of academic and industrial fields. Various types of deep neural network models have been introduced to time series analysis, but the important frequency information is yet lack of effective modeling. In light of this, in this paper we propose a wavelet-based neural network structure called multilevel Wavelet Decomposition Network (mWDN) for building frequency-aware deep learning models for time series analysis. mWDN preserves the advantage of multilevel discrete wavelet decomposition in frequency learning while enables the fine-tuning of all parameters under a deep neural network framework. Based on mWDN, we further propose two deep learning models called Residual Classification Flow (RCF) and multi-frequecy Long Short-Term Memory (mLSTM) for time series classification and forecasting, respectively. The two models take all or partial mWDN decomposed sub-series in different frequencies as input, and resort to the back propagation algorithm to learn all the parameters globally, which enables seamless embedding of wavelet-based frequency analysis into deep learning frameworks. Extensive experiments on 40 UCR datasets and a real-world user volume dataset demonstrate the excellent performance of our time series models based on mWDN. In particular, we propose an importance analysis method to mWDN based models, which successfully identifies those time-series elements and mWDN layers that are crucially important to time series analysis. This indeed indicates the interpretability advantage of mWDN, and can be viewed as an indepth exploration to interpretable deep learning. 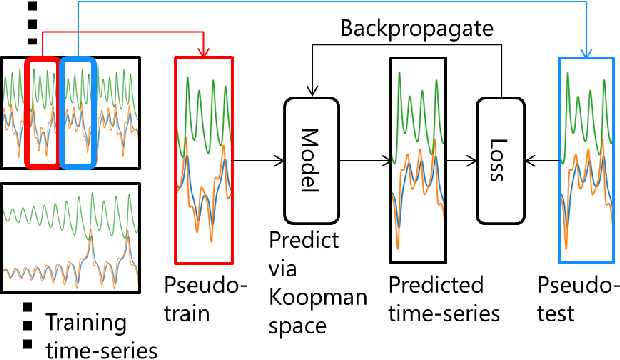 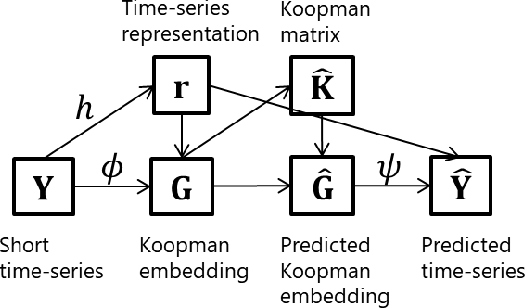 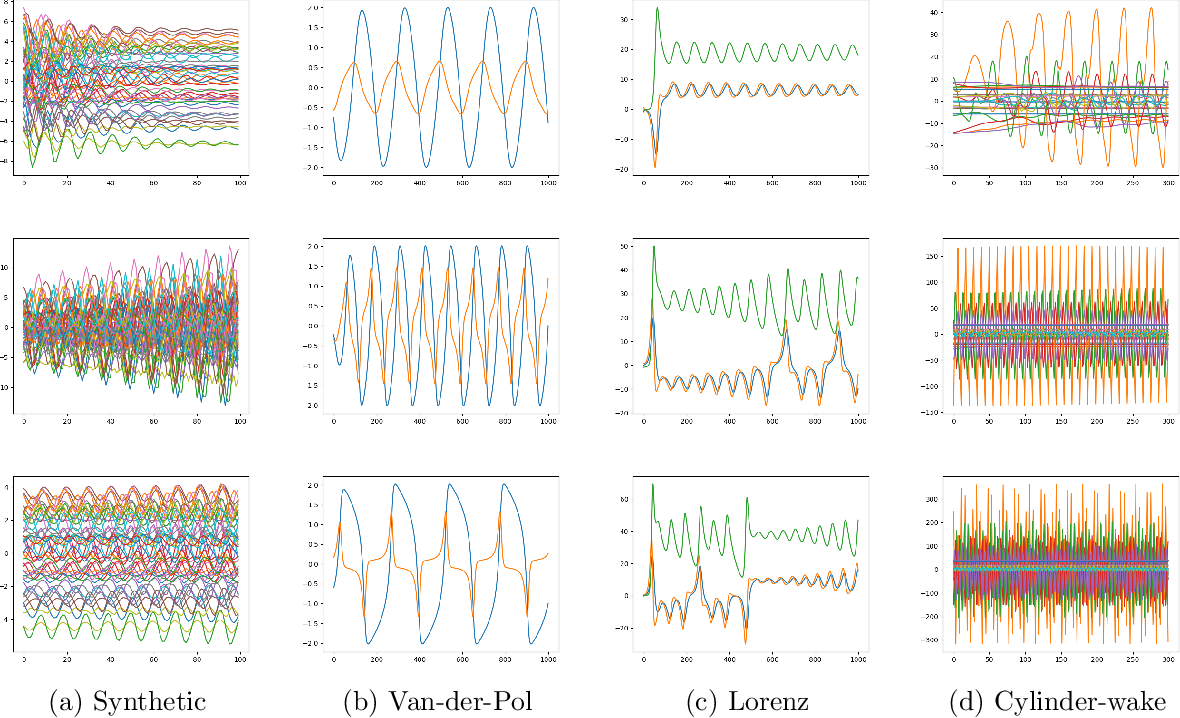 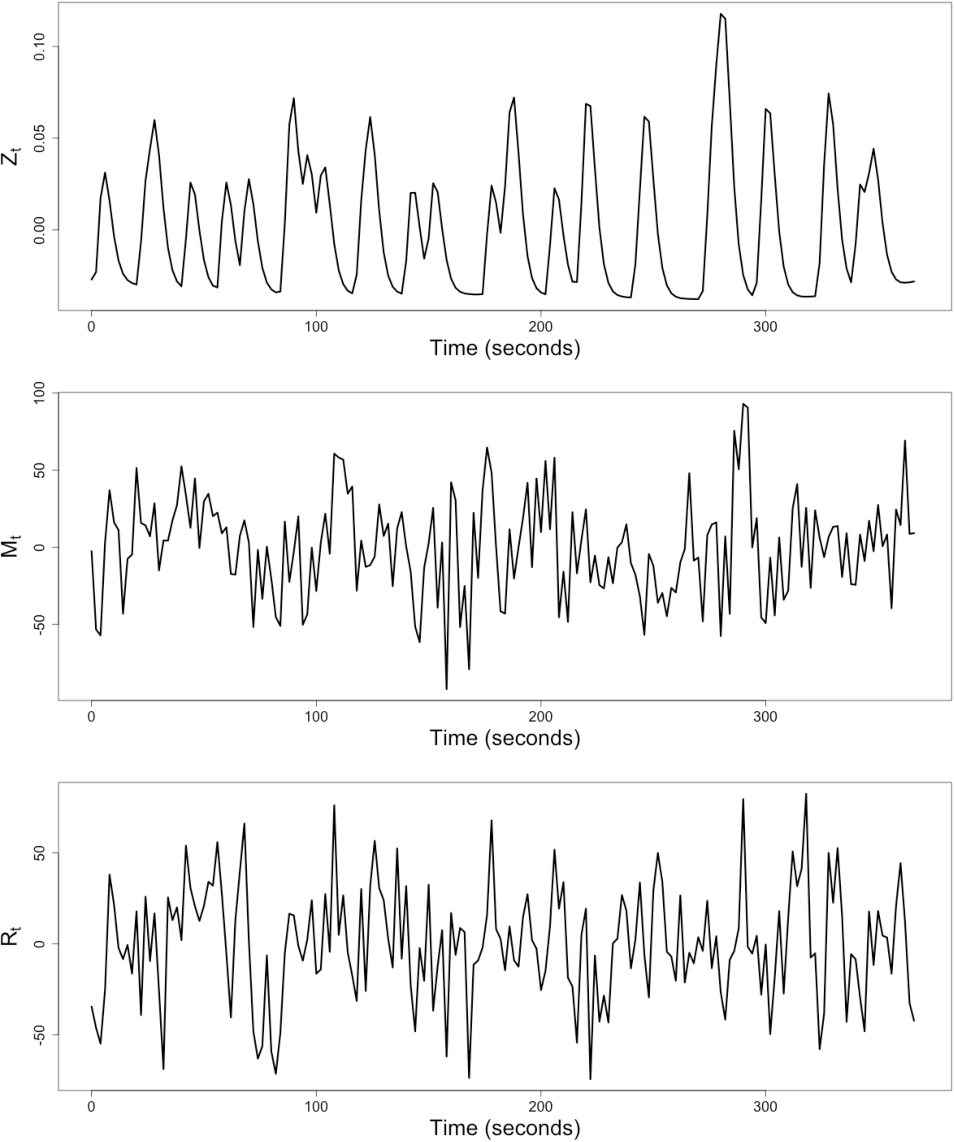 It becomes increasingly popular to perform mediation analysis for complex data from sophisticated experimental studies. In this paper, we present Granger Mediation Analysis (GMA), a new framework for causal mediation analysis of multiple time series. This framework is motivated by a functional magnetic resonance imaging (fMRI) experiment where we are interested in estimating the mediation effects between a randomized stimulus time series and brain activity time series from two brain regions. The stable unit treatment assumption for causal mediation analysis is thus unrealistic for this type of time series data. To address this challenge, our framework integrates two types of models: causal mediation analysis across the variables and vector autoregressive models across the temporal observations. We further extend this framework to handle multilevel data to address individual variability and correlated errors between the mediator and the outcome variables. These models not only provide valid causal mediation for time series data but also model the causal dynamics across time. We show that the modeling parameters in our models are identifiable, and we develop computationally efficient methods to maximize the likelihood-based optimization criteria. Simulation studies show that our method reduces the estimation bias and improve statistical power, compared to existing approaches. On a real fMRI data set, our approach not only infers the causal effects of brain pathways but accurately captures the feedback effect of the outcome region on the mediator region. 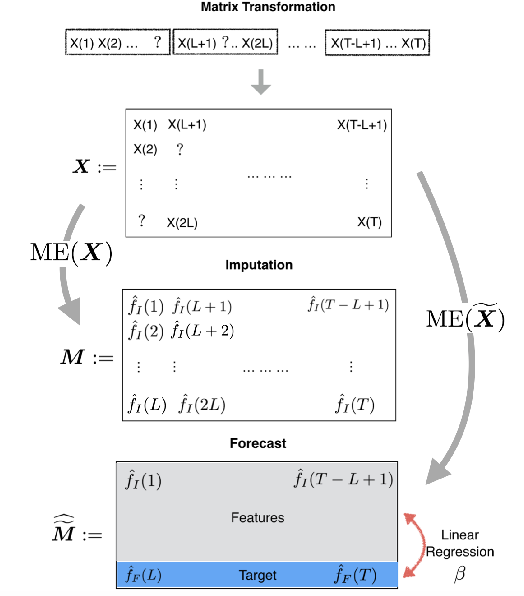 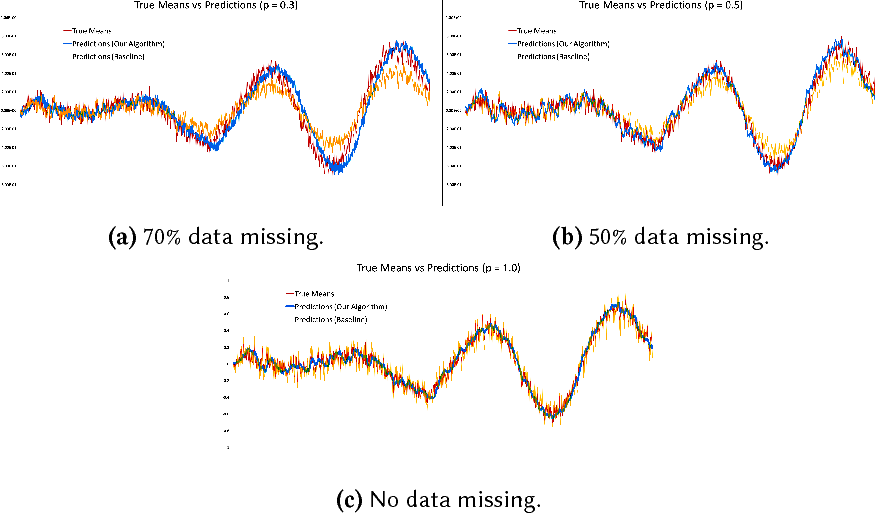 We propose an algorithm to impute and forecast a time series by transforming the observed time series into a matrix, utilizing matrix estimation to recover missing values and de-noise observed entries, and performing linear regression to make predictions. At the core of our analysis is a representation result, which states that for a large model class, the transformed matrix obtained from the time series via our algorithm is (approximately) low-rank. This, in effect, generalizes the widely used Singular Spectrum Analysis (SSA) in literature, and allows us to establish a rigorous link between time series analysis and matrix estimation. The key is to construct a matrix with non-overlapping entries rather than with the Hankel matrix as done in the literature, including in SSA. We provide finite sample analysis for imputation and prediction leading to the asymptotic consistency of our method. A salient feature of our algorithm is that it is model agnostic both with respect to the underlying time dynamics as well as the noise model in the observations. Being noise agnostic makes our algorithm applicable to the setting where the state is hidden and we only have access to its noisy observations a la a Hidden Markov Model, e.g., observing a Poisson process with a time-varying parameter without knowing that the process is Poisson, but still recovering the time-varying parameter accurately. As part of the forecasting algorithm, an important task is to perform regression with noisy observations of the features a la an error- in-variable regression. In essence, our approach suggests a matrix estimation based method for such a setting, which could be of interest in its own right. Through synthetic and real-world datasets, we demonstrate that our algorithm outperforms standard software packages (including R libraries) in the presence of missing data as well as high levels of noise. 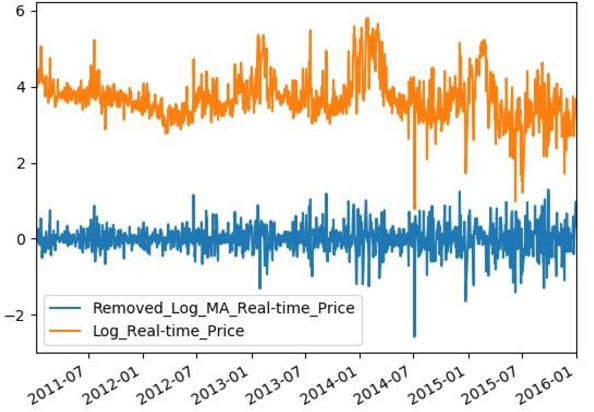 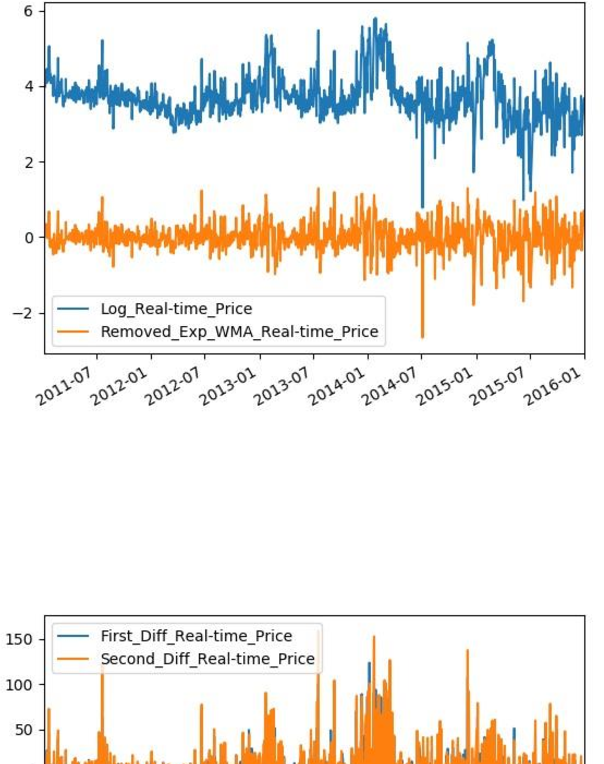 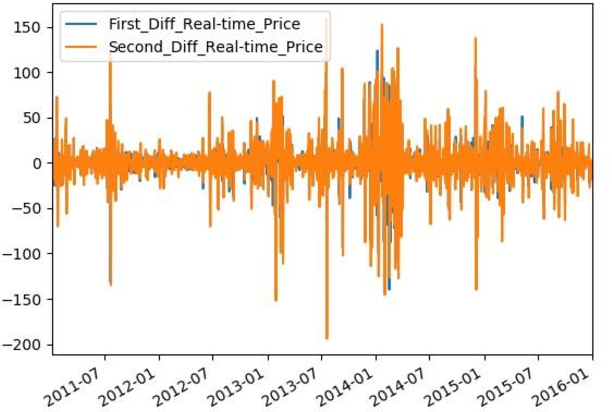 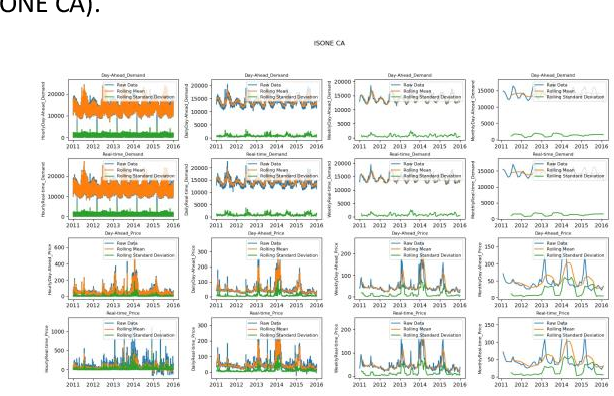 With developing of computation tools in the last years, data analysis methods to find insightful information are becoming more common among industries and researchers. This paper is the first part of the times series analysis of New England electricity price and demand to find anomaly in the data. In this paper time-series stationary criteria to prepare data for further times-series related analysis is investigated. Three main analysis are conducted in this paper, including moving average, moving standard deviation and augmented Dickey-Fuller test. The data used in this paper is New England big data from 9 different operational zones. For each zone, 4 different variables including day-ahead (DA) electricity demand, price and real-time (RT) electricity demand price are considered.

Transformers in Time-series Analysis: A Tutorial 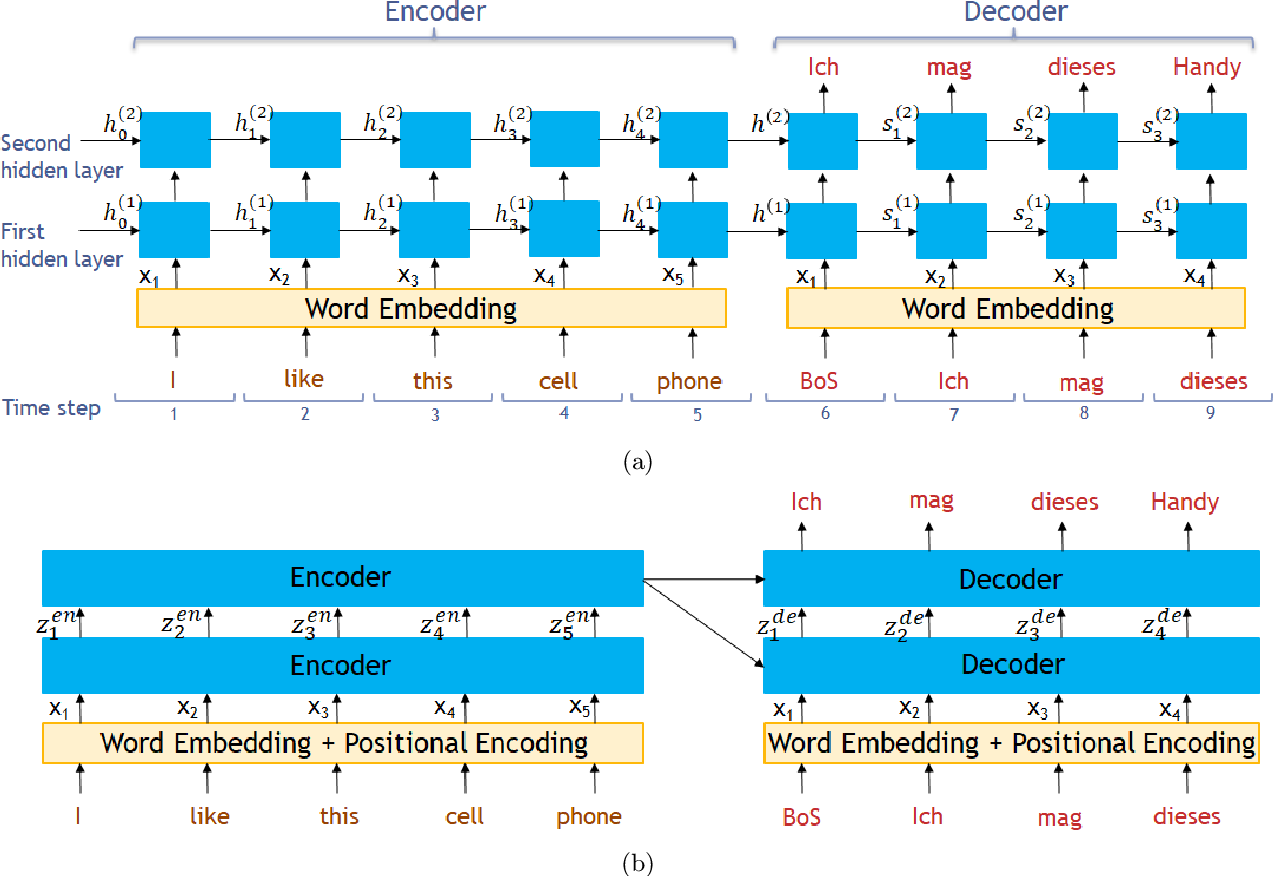 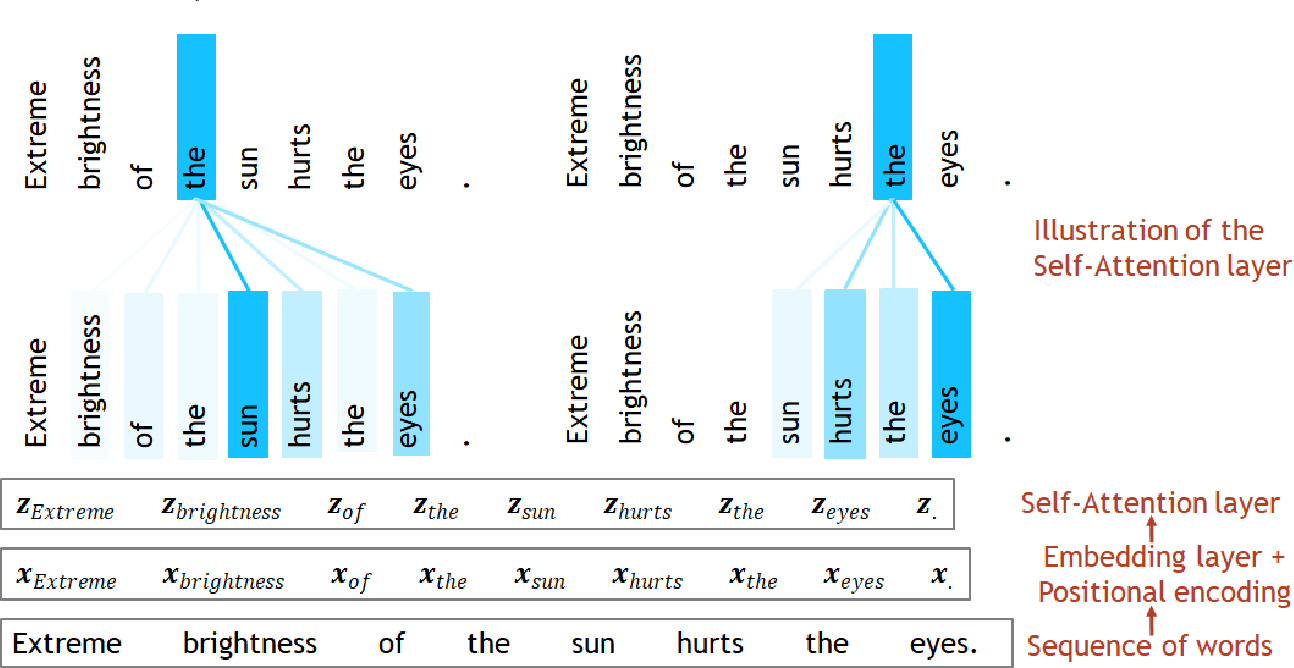