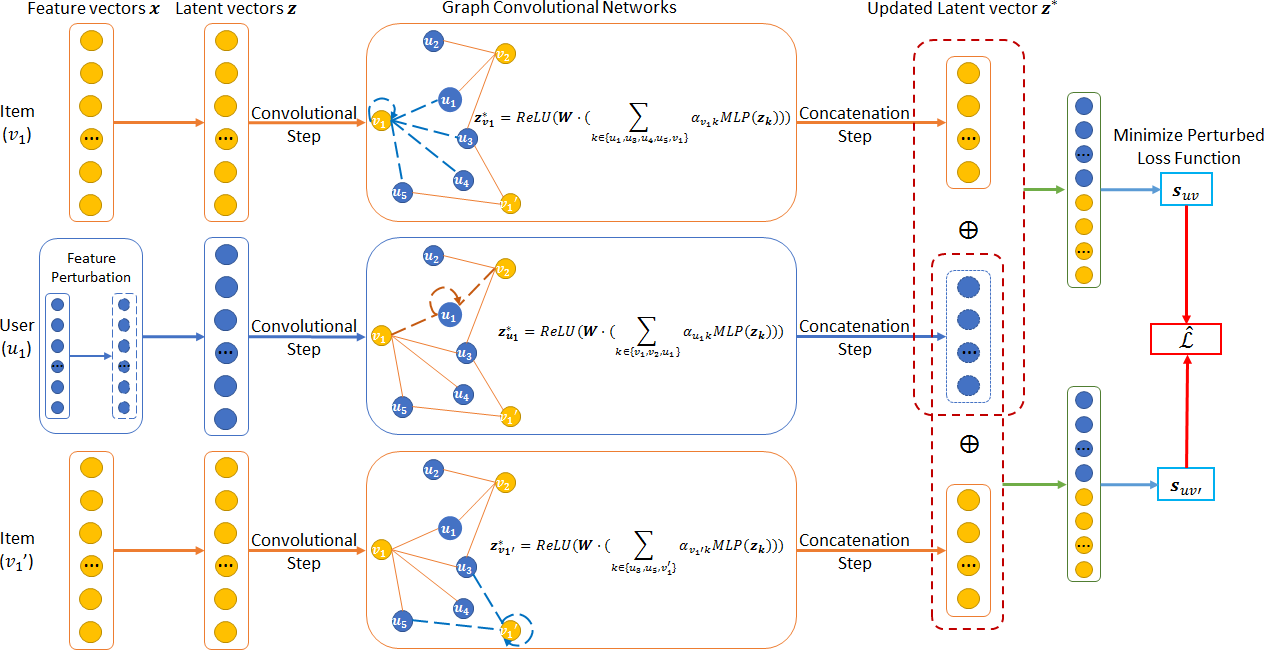 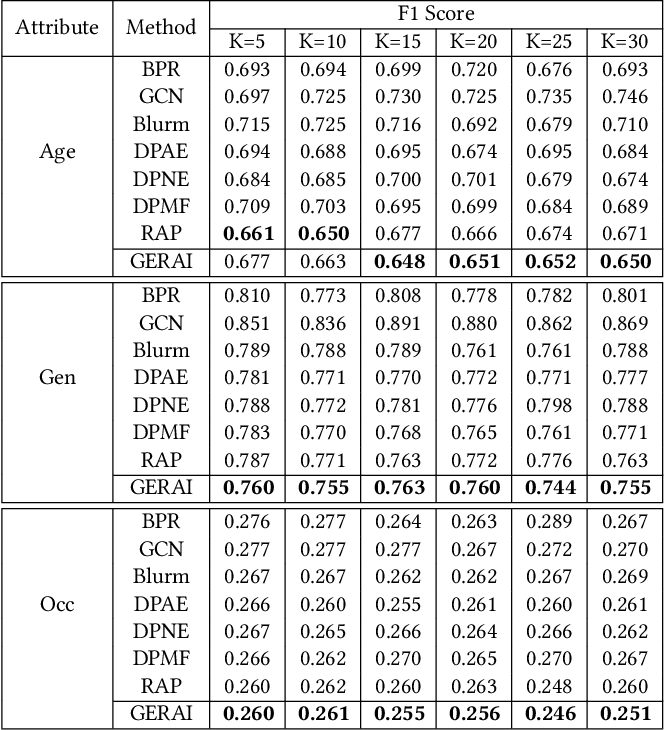 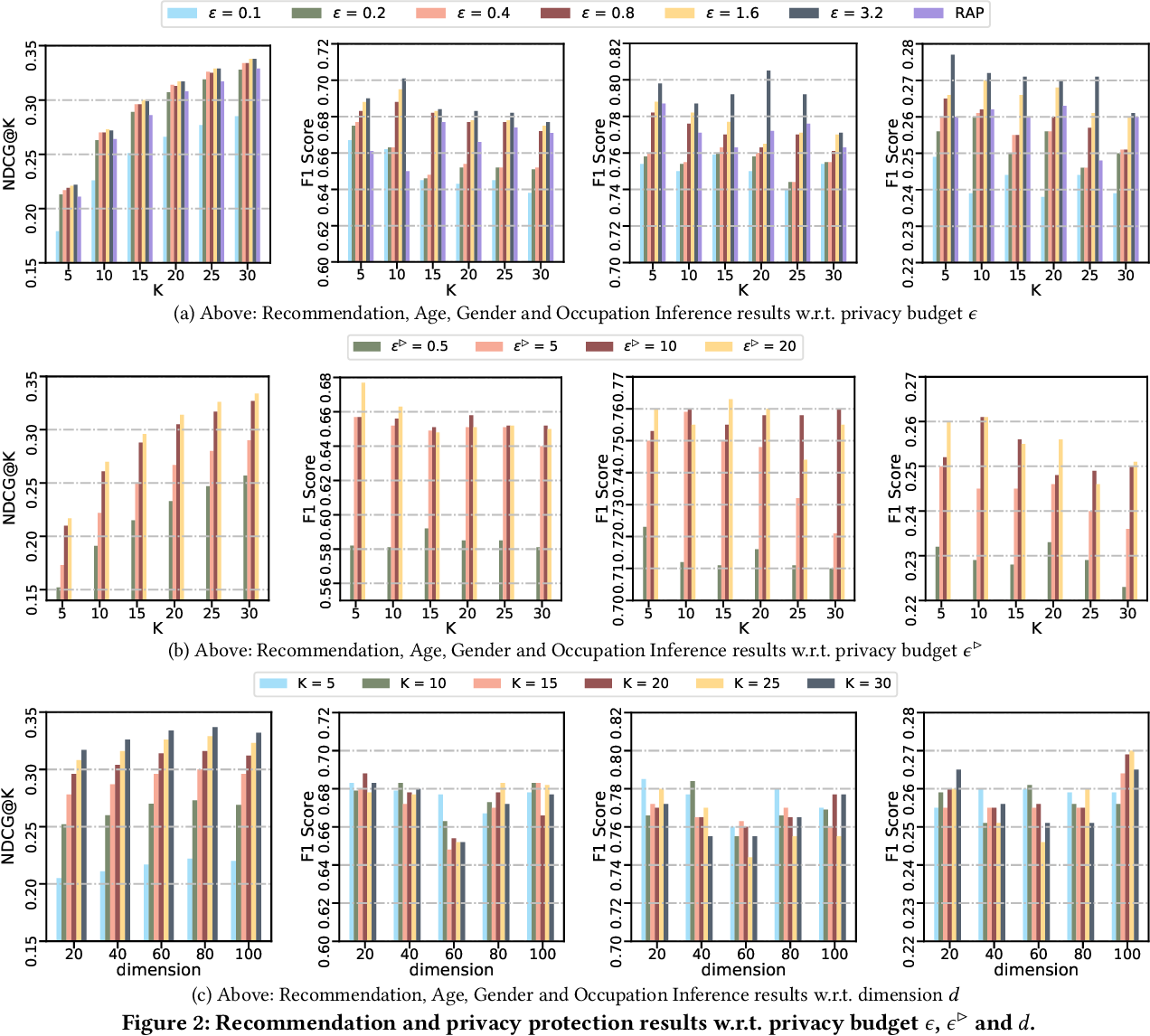 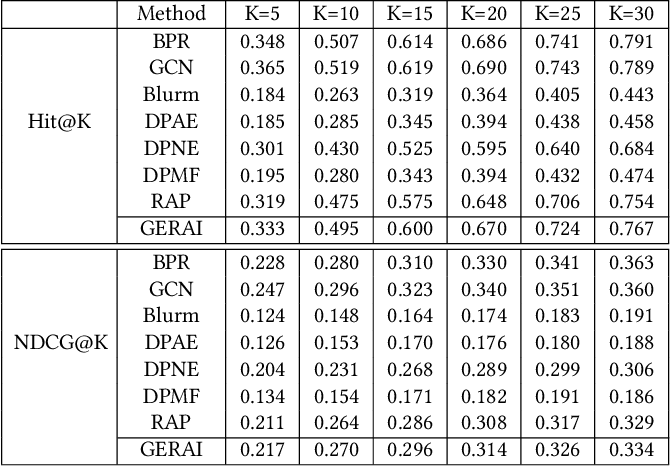 In recent years, recommender systems play a pivotal role in helping users identify the most suitable items that satisfy personal preferences. As user-item interactions can be naturally modelled as graph-structured data, variants of graph convolutional networks (GCNs) have become a well-established building block in the latest recommenders. Due to the wide utilization of sensitive user profile data, existing recommendation paradigms are likely to expose users to the threat of privacy breach, and GCN-based recommenders are no exception. Apart from the leakage of raw user data, the fragility of current recommenders under inference attacks offers malicious attackers a backdoor to estimate users' private attributes via their behavioral footprints and the recommendation results. However, little attention has been paid to developing recommender systems that can defend such attribute inference attacks, and existing works achieve attack resistance by either sacrificing considerable recommendation accuracy or only covering specific attack models or protected information. In our paper, we propose GERAI, a novel differentially private graph convolutional network to address such limitations. Specifically, in GERAI, we bind the information perturbation mechanism in differential privacy with the recommendation capability of graph convolutional networks. Furthermore, based on local differential privacy and functional mechanism, we innovatively devise a dual-stage encryption paradigm to simultaneously enforce privacy guarantee on users' sensitive features and the model optimization process. Extensive experiments show the superiority of GERAI in terms of its resistance to attribute inference attacks and recommendation effectiveness. 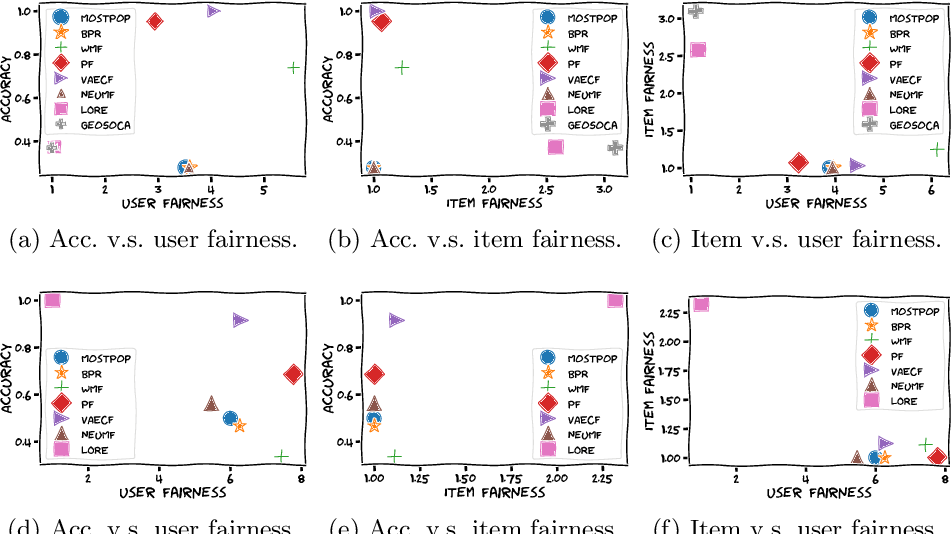 Point-of-Interest (POI) recommender systems provide personalized recommendations to users and help businesses attract potential customers. Despite their success, recent studies suggest that highly data-driven recommendations could be impacted by data biases, resulting in unfair outcomes for different stakeholders, mainly consumers (users) and providers (items). Most existing fairness-related research works in recommender systems treat user fairness and item fairness issues individually, disregarding that RS work in a two-sided marketplace. This paper studies the interplay between (i) the unfairness of active users, (ii) the unfairness of popular items, and (iii) the accuracy (personalization) of recommendation as three angles of our study triangle. We group users into advantaged and disadvantaged levels to measure user fairness based on their activity level. For item fairness, we divide items into short-head, mid-tail, and long-tail groups and study the exposure of these item groups into the top-k recommendation list of users. Experimental validation of eight different recommendation models commonly used for POI recommendation (e.g., contextual, CF) on two publicly available POI recommendation datasets, Gowalla and Yelp, indicate that most well-performing models suffer seriously from the unfairness of popularity bias (provider unfairness). Furthermore, our study shows that most recommendation models cannot satisfy both consumer and producer fairness, indicating a trade-off between these variables possibly due to natural biases in data. We choose the POI recommendation as our test scenario; however, the insights should be trivially extendable on other domains. 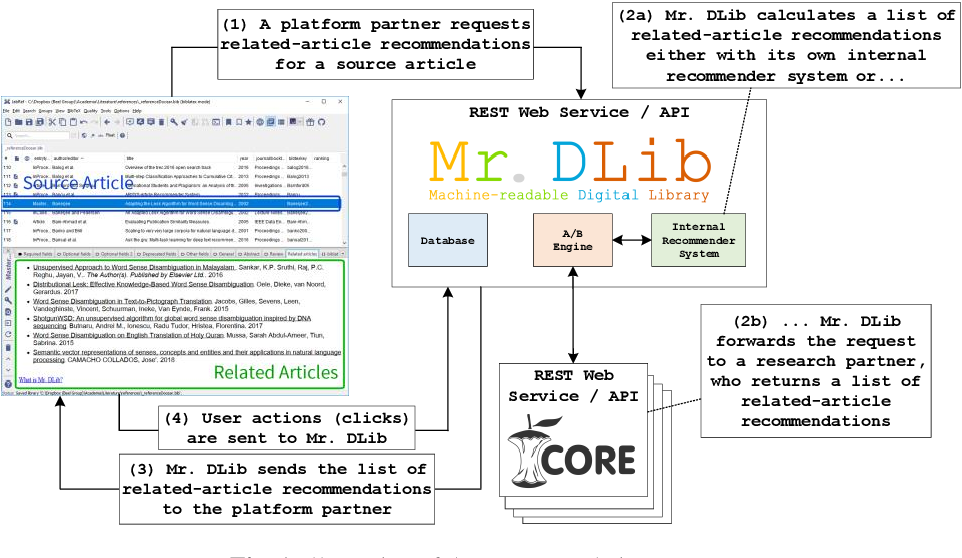 We introduce the first living lab for scholarly recommender systems. This lab allows recommender-system researchers to conduct online evaluations of their novel algorithms for scholarly recommendations, i.e., research papers, citations, conferences, research grants etc. Recommendations are delivered through the living lab's API in platforms such as reference management software and digital libraries. The living lab is built on top of the recommender system as-a-service Mr. DLib. Current partners are the reference management software JabRef and the CORE research team. We present the architecture of Mr. DLib's living lab as well as usage statistics on the first ten months of operating it. During this time, 970,517 recommendations were delivered with a mean click-through rate of 0.22%. 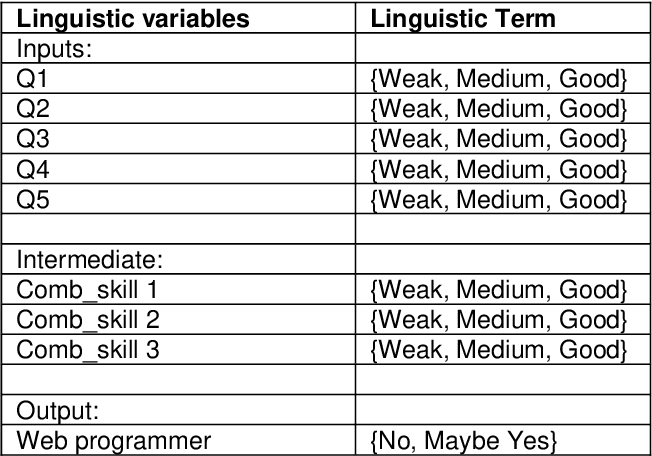 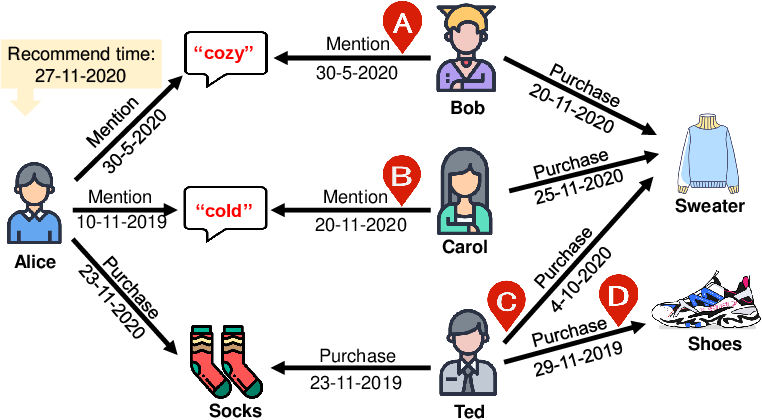 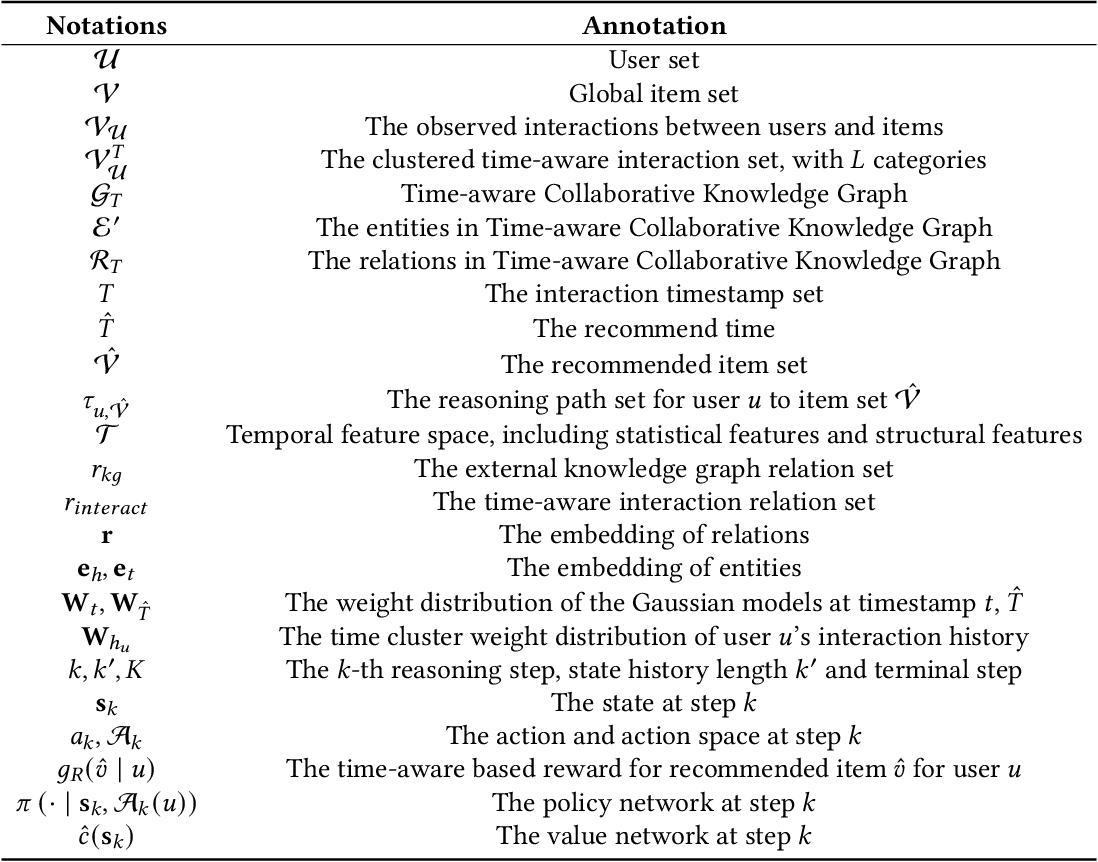 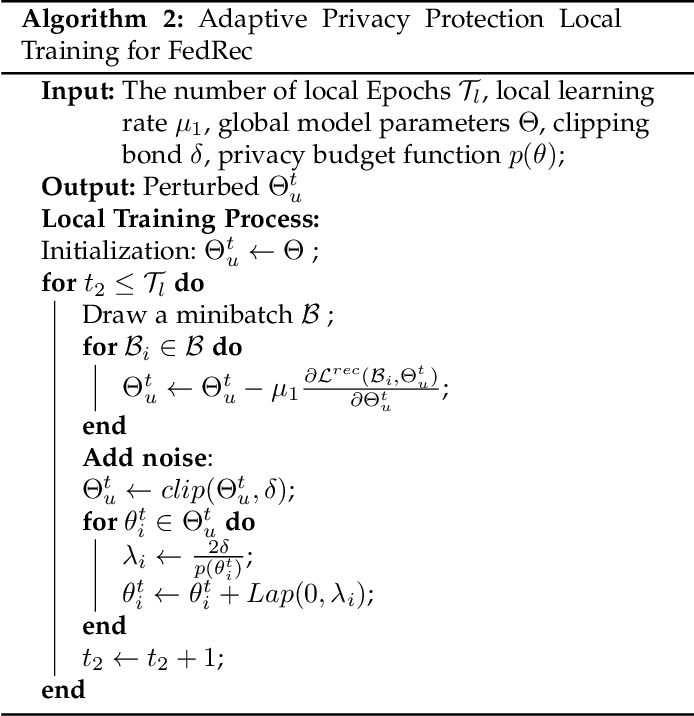 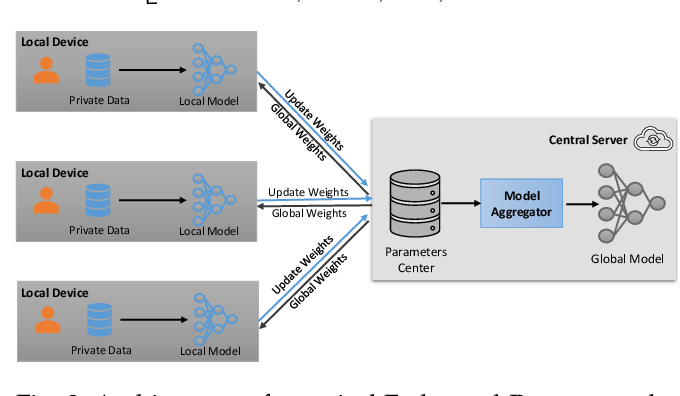 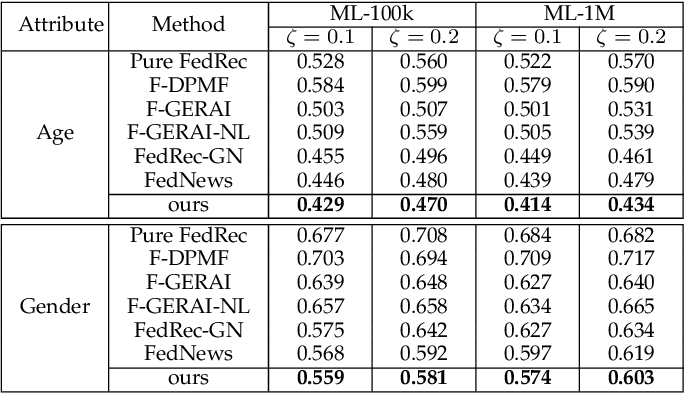 BoostJet: Towards Combining Statistical Aggregates with Neural Embeddings for Recommendations 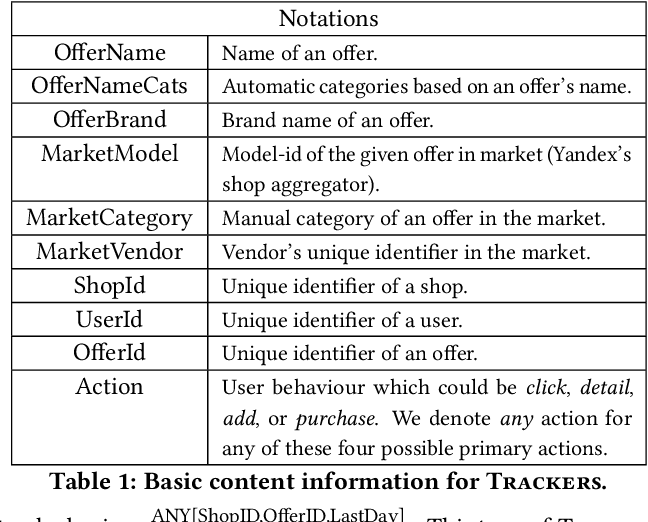 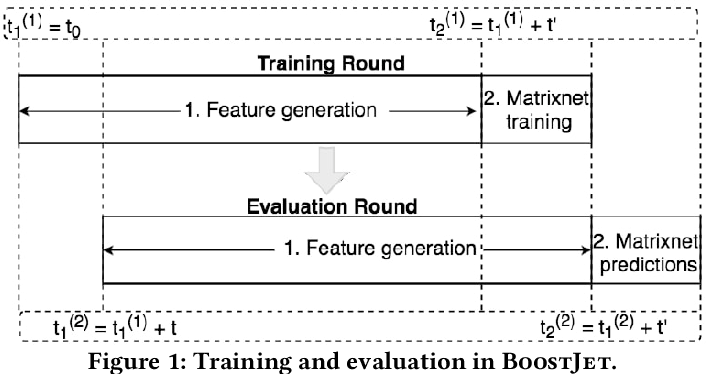 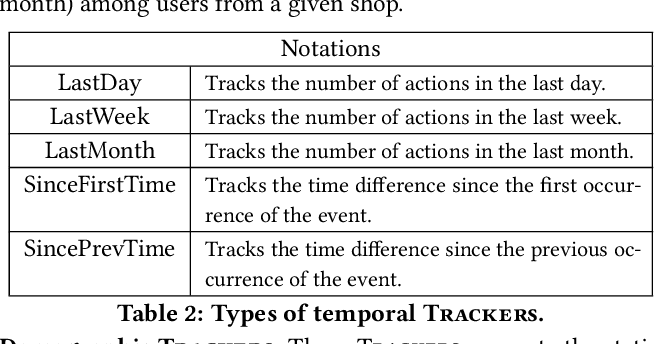 Recommenders have become widely popular in recent years because of their broader applicability in many e-commerce applications. These applications rely on recommenders for generating advertisements for various offers or providing content recommendations. However, the quality of the generated recommendations depends on user features (like demography, temporality), offer features (like popularity, price), and user-offer features (like implicit or explicit feedback). Current state-of-the-art recommenders do not explore such diverse features concurrently while generating the recommendations. In this paper, we first introduce the notion of Trackers which enables us to capture the above-mentioned features and thus incorporate users' online behaviour through statistical aggregates of different features (demography, temporality, popularity, price). We also show how to capture offer-to-offer relations, based on their consumption sequence, leveraging neural embeddings for offers in our Offer2Vec algorithm. We then introduce BoostJet, a novel recommender which integrates the Trackers along with the neural embeddings using MatrixNet, an efficient distributed implementation of gradient boosted decision tree, to improve the recommendation quality significantly. We provide an in-depth evaluation of BoostJet on Yandex's dataset, collecting online behaviour from tens of millions of online users, to demonstrate the practicality of BoostJet in terms of recommendation quality as well as scalability. 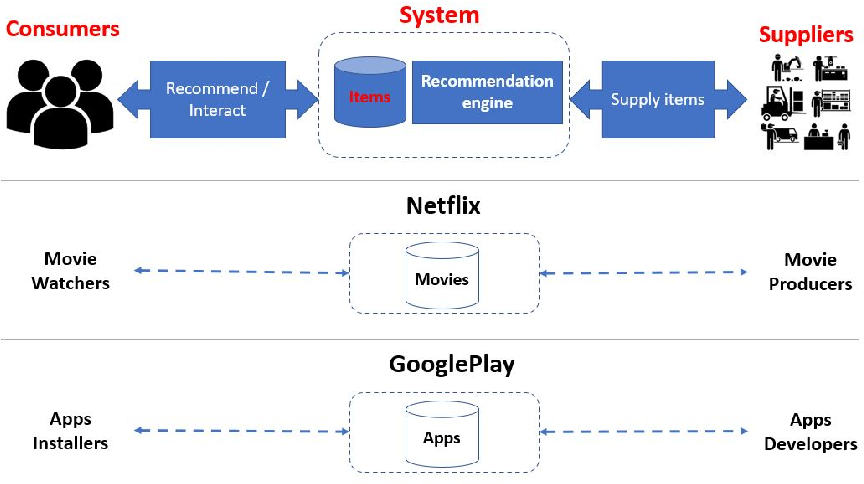 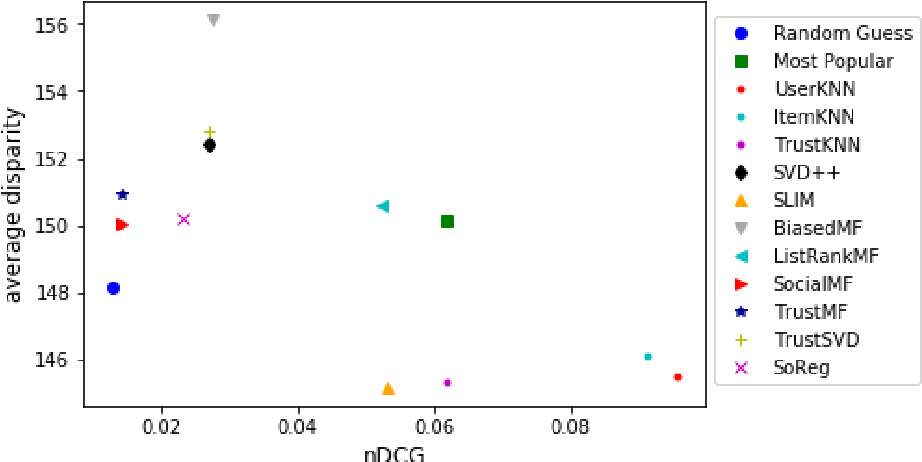 Fairness is a critical system-level objective in recommender systems that has been the subject of extensive recent research. It is especially important in multi-sided recommendation platforms where it may be crucial to optimize utilities not just for the end user, but also for other actors such as item sellers or producers who desire a fair representation of their items. Existing solutions do not properly address various aspects of multi-sided fairness in recommendations as they may either solely have one-sided view (i.e. improving the fairness only for one side), or do not appropriately measure the fairness for each actor involved in the system. In this thesis, I aim at first investigating the impact of unfair recommendations on the system and how these unfair recommendations can negatively affect major actors in the system. Then, I seek to propose solutions to tackle the unfairness of recommendations. I propose a rating transformation technique that works as a pre-processing step before building the recommendation model to alleviate the inherent popularity bias in the input data and consequently to mitigate the exposure unfairness for items and suppliers in the recommendation lists. Also, as another solution, I propose a general graph-based solution that works as a post-processing approach after recommendation generation for mitigating the multi-sided exposure bias in the recommendation results. For evaluation, I introduce several metrics for measuring the exposure fairness for items and suppliers, and show that these metrics better capture the fairness properties in the recommendation results. I perform extensive experiments to evaluate the effectiveness of the proposed solutions. The experiments on different publicly-available datasets and comparison with various baselines confirm the superiority of the proposed solutions in improving the exposure fairness for items and suppliers.