A network of deep neural networks for distant speech recognition 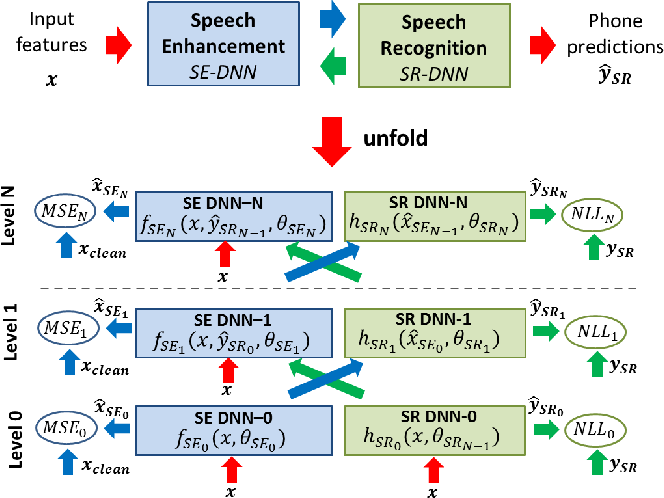 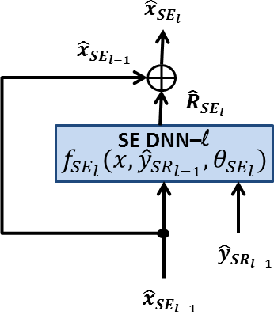 Despite the remarkable progress recently made in distant speech recognition, state-of-the-art technology still suffers from a lack of robustness, especially when adverse acoustic conditions characterized by non-stationary noises and reverberation are met. A prominent limitation of current systems lies in the lack of matching and communication between the various technologies involved in the distant speech recognition process. The speech enhancement and speech recognition modules are, for instance, often trained independently. Moreover, the speech enhancement normally helps the speech recognizer, but the output of the latter is not commonly used, in turn, to improve the speech enhancement. To address both concerns, we propose a novel architecture based on a network of deep neural networks, where all the components are jointly trained and better cooperate with each other thanks to a full communication scheme between them. Experiments, conducted using different datasets, tasks and acoustic conditions, revealed that the proposed framework can overtake other competitive solutions, including recent joint training approaches. 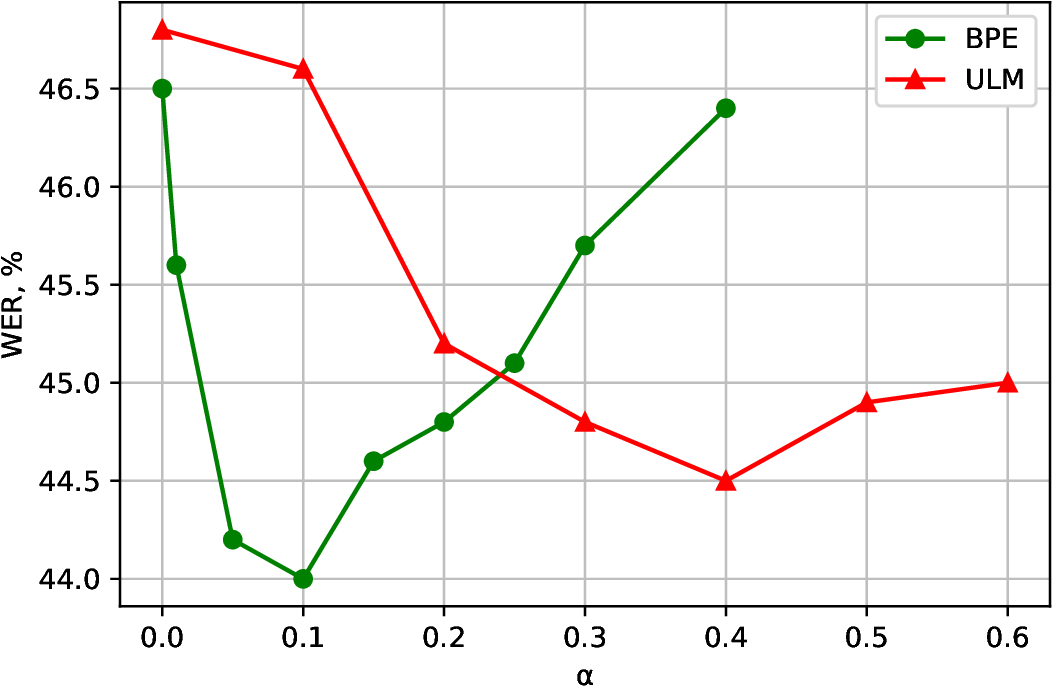 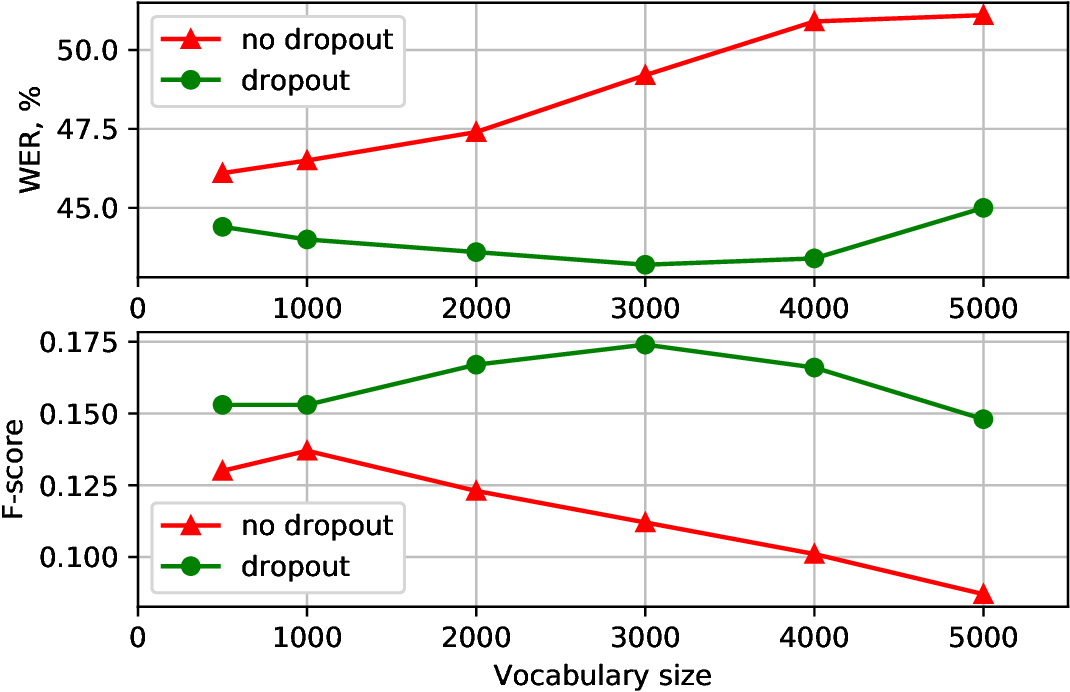 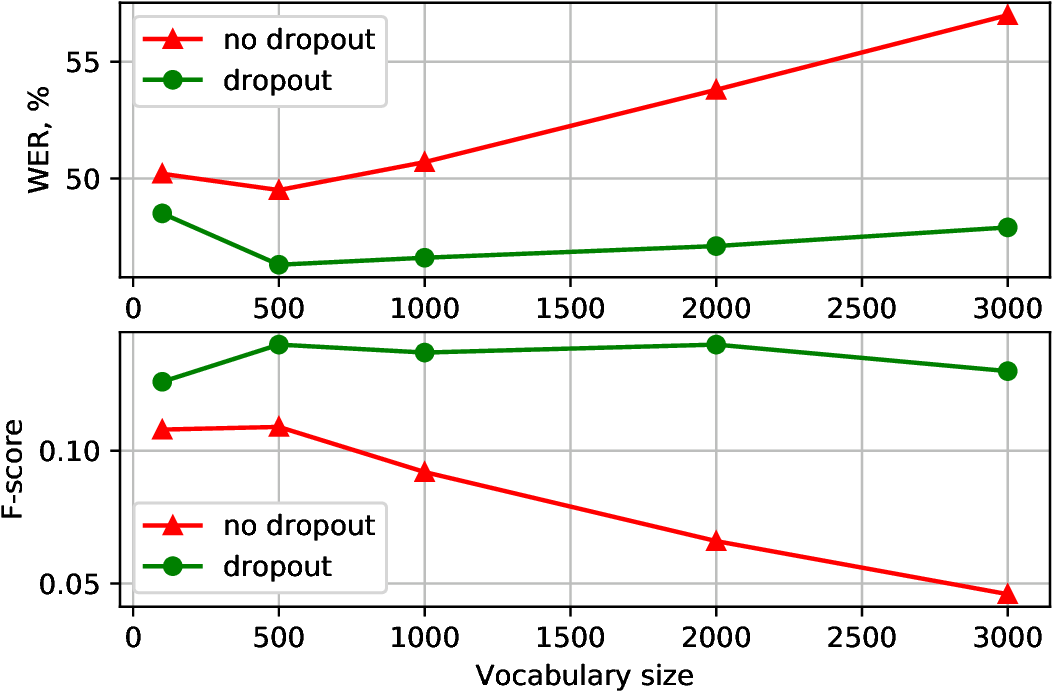 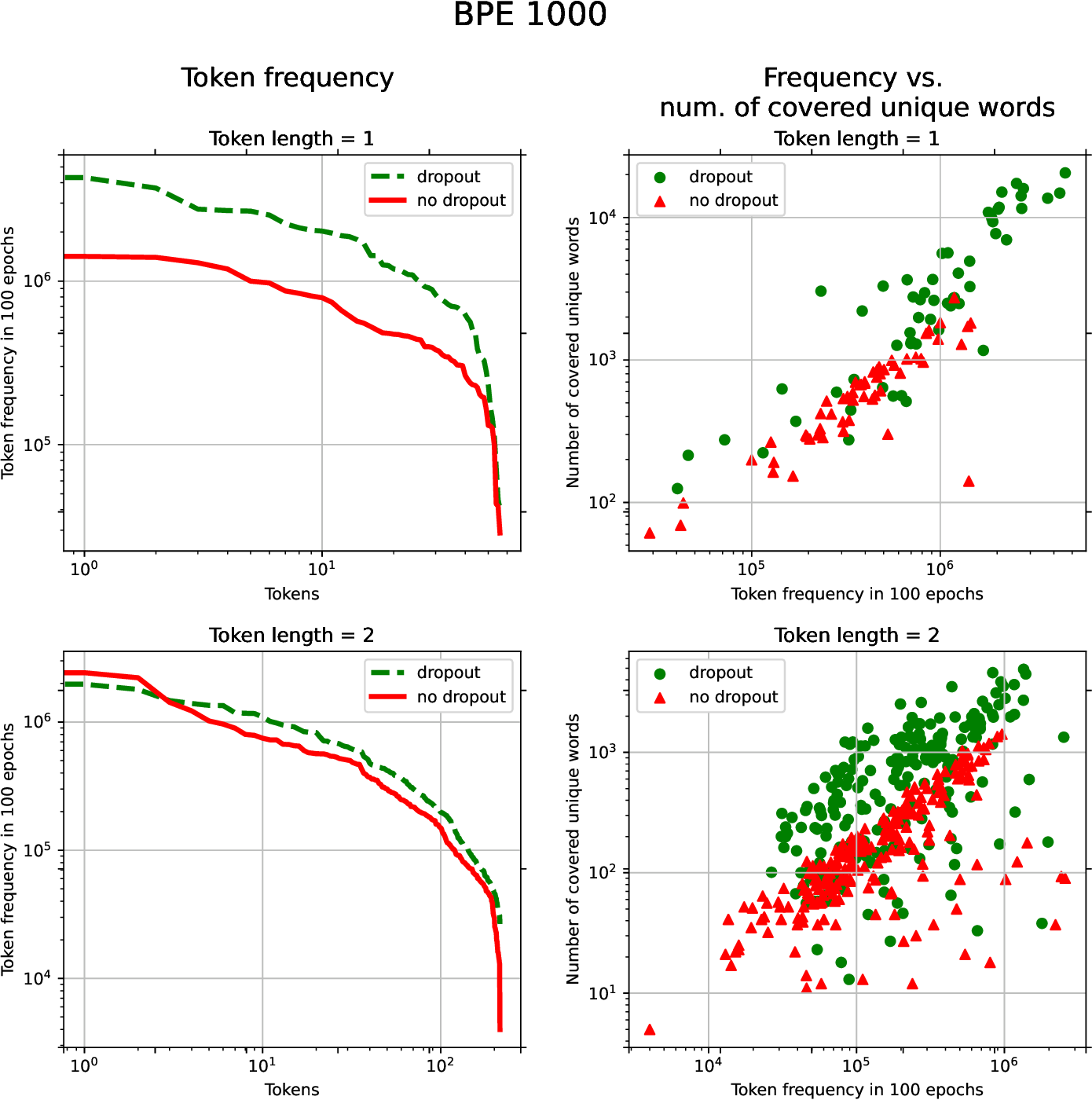 With the rapid development of speech assistants, adapting server-intended automatic speech recognition (ASR) solutions to a direct device has become crucial. Researchers and industry prefer to use end-to-end ASR systems for on-device speech recognition tasks. This is because end-to-end systems can be made resource-efficient while maintaining a higher quality compared to hybrid systems. However, building end-to-end models requires a significant amount of speech data. Another challenging task associated with speech assistants is personalization, which mainly lies in handling out-of-vocabulary (OOV) words. In this work, we consider building an effective end-to-end ASR system in low-resource setups with a high OOV rate, embodied in Babel Turkish and Babel Georgian tasks. To address the aforementioned problems, we propose a method of dynamic acoustic unit augmentation based on the BPE-dropout technique. It non-deterministically tokenizes utterances to extend the token's contexts and to regularize their distribution for the model's recognition of unseen words. It also reduces the need for optimal subword vocabulary size search. The technique provides a steady improvement in regular and personalized (OOV-oriented) speech recognition tasks (at least 6% relative WER and 25% relative F-score) at no additional computational cost. Owing to the use of BPE-dropout, our monolingual Turkish Conformer established a competitive result with 22.2% character error rate (CER) and 38.9% word error rate (WER), which is close to the best published multilingual system.

Building an accurate automatic speech recognition (ASR) system requires a large dataset that contains many hours of labeled speech samples produced by a diverse set of speakers. The lack of such open free datasets is one of the main issues preventing advancements in ASR research. To address this problem, we propose to augment a natural speech dataset with synthetic speech. We train very large end-to-end neural speech recognition models using the LibriSpeech dataset augmented with synthetic speech. These new models achieve state of the art Word Error Rate (WER) for character-level based models without an external language model. 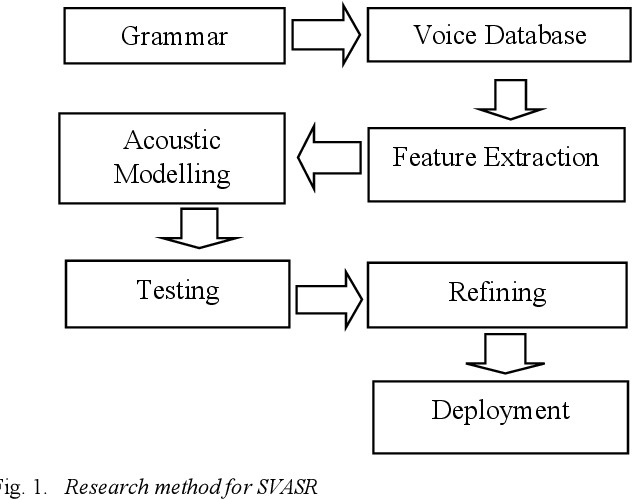 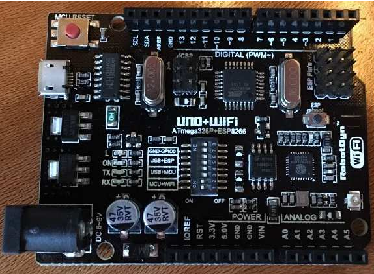 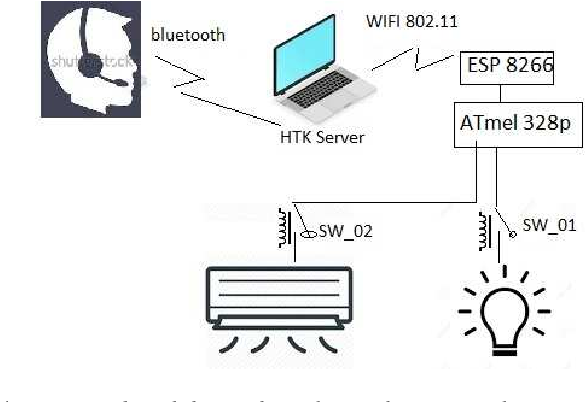 The practical aspects of developing an Automatic Speech Recognition System (ASR) with HTK are reviewed. Steps are explained concerning hardware, software, libraries, applications and computer programs used. The common procedure to rapidly apply speech recognition system is summarized. The procedure is illustrated, to implement a speech based electrical switch in home automation for the Indonesian language. The main key of the procedure is to match the environment for training and testing using the training data recorded from the testing program, HVite. Often the silence detector of HTK is wrongly triggered by noises because the microphone is too sensitive. This problem is mitigated by simply scaling down the volume. In this sub-word phone-based speech recognition, noise is included in the training database and labelled particularly. Illustration of the procedure is applied to a home automation application. Electrical switches are controlled by Indonesian speech recognizer. The results show 100% command completion rate. 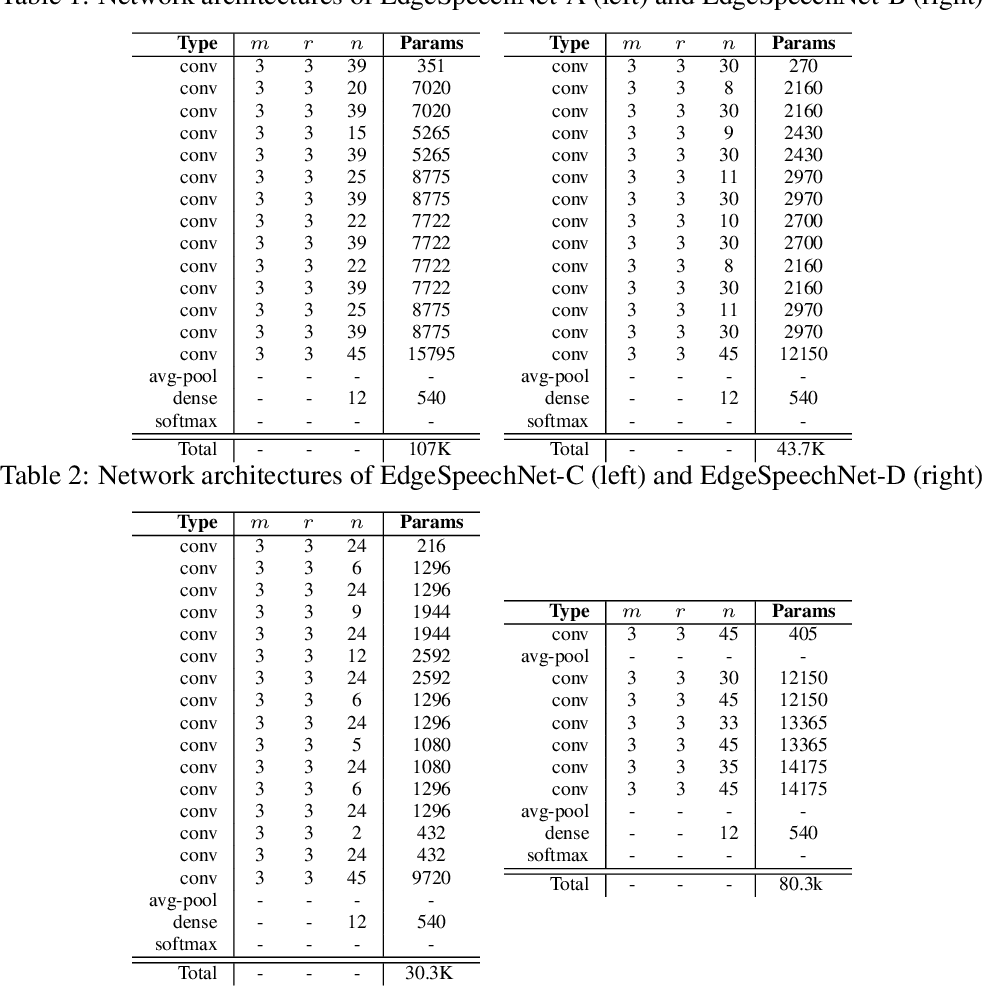 Despite showing state-of-the-art performance, deep learning for speech recognition remains challenging to deploy in on-device edge scenarios such as mobile and other consumer devices. Recently, there have been greater efforts in the design of small, low-footprint deep neural networks (DNNs) that are more appropriate for edge devices, with much of the focus on design principles for hand-crafting efficient network architectures. In this study, we explore a human-machine collaborative design strategy for building low-footprint DNN architectures for speech recognition through a marriage of human-driven principled network design prototyping and machine-driven design exploration. The efficacy of this design strategy is demonstrated through the design of a family of highly-efficient DNNs (nicknamed EdgeSpeechNets) for limited-vocabulary speech recognition. Experimental results using the Google Speech Commands dataset for limited-vocabulary speech recognition showed that EdgeSpeechNets have higher accuracies than state-of-the-art DNNs (with the best EdgeSpeechNet achieving ~97% accuracy), while achieving significantly smaller network sizes (as much as 7.8x smaller) and lower computational cost (as much as 36x fewer multiply-add operations, 10x lower prediction latency, and 16x smaller memory footprint on a Motorola Moto E phone), making them very well-suited for on-device edge voice interface applications. 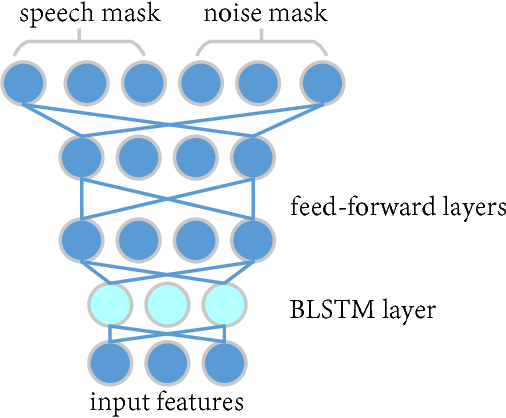 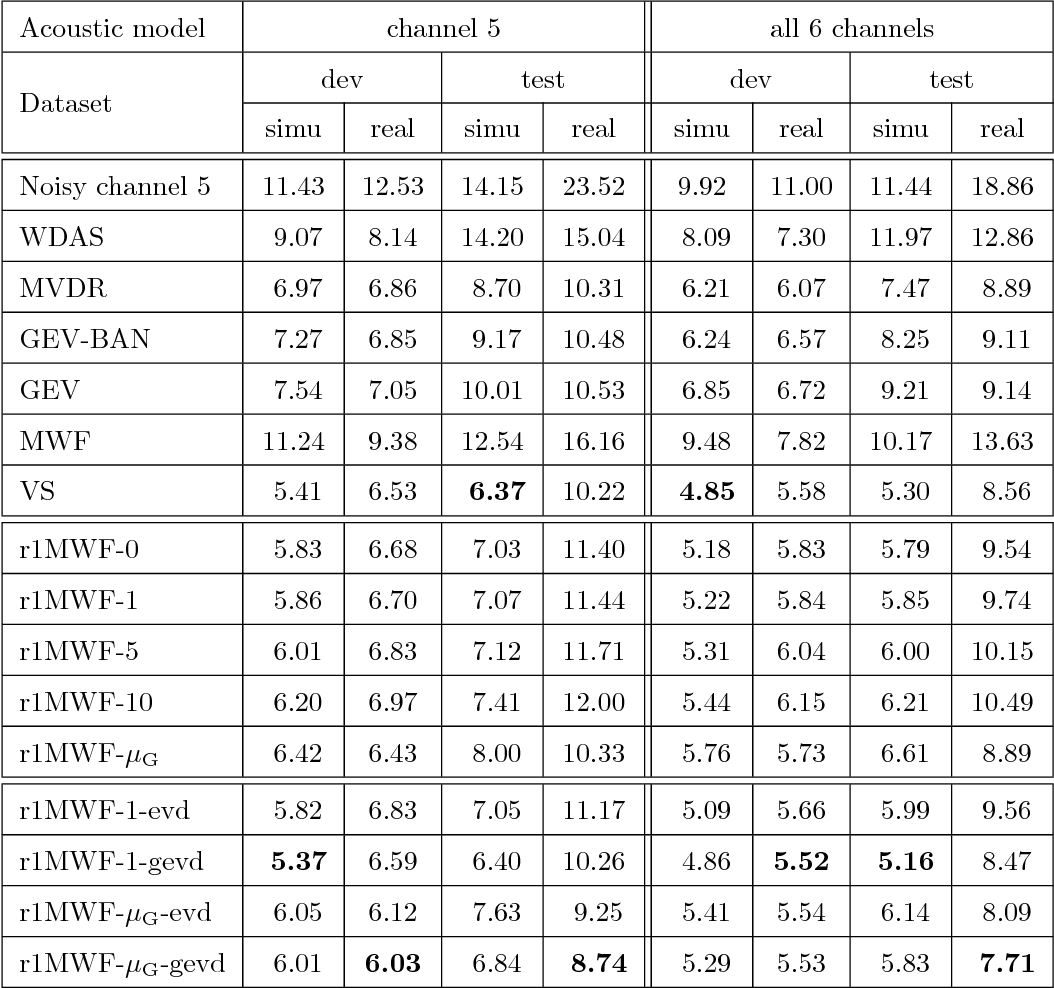 Multichannel linear filters, such as the Multichannel Wiener Filter (MWF) and the Generalized Eigenvalue (GEV) beamformer are popular signal processing techniques which can improve speech recognition performance. In this paper, we present an experimental study on these linear filters in a specific speech recognition task, namely the CHiME-4 challenge, which features real recordings in multiple noisy environments. Specifically, the rank-1 MWF is employed for noise reduction and a new constant residual noise power constraint is derived which enhances the recognition performance. To fulfill the underlying rank-1 assumption, the speech covariance matrix is reconstructed based on eigenvectors or generalized eigenvectors. Then the rank-1 constrained MWF is evaluated with alternative multichannel linear filters under the same framework, which involves a Bidirectional Long Short-Term Memory (BLSTM) network for mask estimation. The proposed filter outperforms alternative ones, leading to a 40% relative Word Error Rate (WER) reduction compared with the baseline Weighted Delay and Sum (WDAS) beamformer on the real test set, and a 15% relative WER reduction compared with the GEV-BAN method. The results also suggest that the speech recognition accuracy correlates more with the Mel-frequency cepstral coefficients (MFCC) feature variance than with the noise reduction or the speech distortion level.


* for Computer Speech and Language 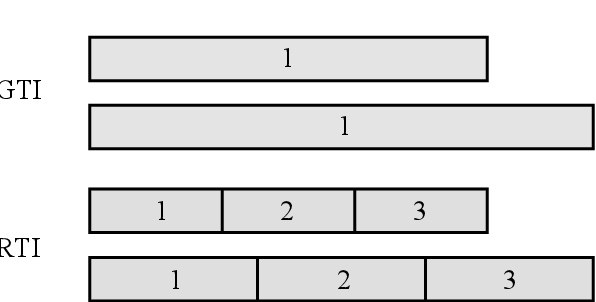 Recently, increasing attention has been directed to the study of the speech emotion recognition, in which global acoustic features of an utterance are mostly used to eliminate the content differences. However, the expression of speech emotion is a dynamic process, which is reflected through dynamic durations, energies, and some other prosodic information when one speaks. In this paper, a novel local dynamic pitch probability distribution feature, which is obtained by drawing the histogram, is proposed to improve the accuracy of speech emotion recognition. Compared with most of the previous works using global features, the proposed method takes advantage of the local dynamic information conveyed by the emotional speech. Several experiments on Berlin Database of Emotional Speech are conducted to verify the effectiveness of the proposed method. The experimental results demonstrate that the local dynamic information obtained with the proposed method is more effective for speech emotion recognition than the traditional global features.

Challenging the Boundaries of Speech Recognition: The MALACH Corpus 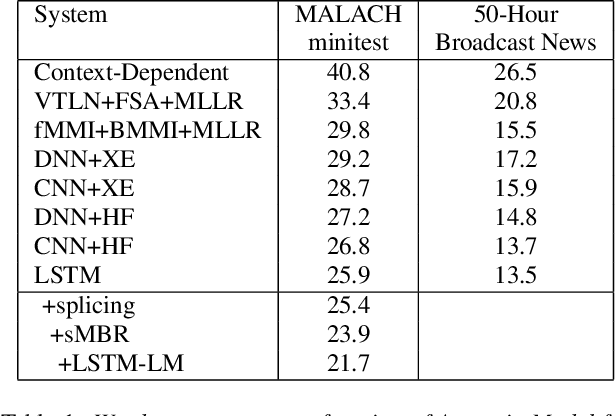 There has been huge progress in speech recognition over the last several years. Tasks once thought extremely difficult, such as SWITCHBOARD, now approach levels of human performance. The MALACH corpus (LDC catalog LDC2012S05), a 375-Hour subset of a large archive of Holocaust testimonies collected by the Survivors of the Shoah Visual History Foundation, presents significant challenges to the speech community. The collection consists of unconstrained, natural speech filled with disfluencies, heavy accents, age-related coarticulations, un-cued speaker and language switching, and emotional speech - all still open problems for speech recognition systems. Transcription is challenging even for skilled human annotators. This paper proposes that the community place focus on the MALACH corpus to develop speech recognition systems that are more robust with respect to accents, disfluencies and emotional speech. To reduce the barrier for entry, a lexicon and training and testing setups have been created and baseline results using current deep learning technologies are presented. The metadata has just been released by LDC (LDC2019S11). It is hoped that this resource will enable the community to build on top of these baselines so that the extremely important information in these and related oral histories becomes accessible to a wider audience.


* Accepted for publication at INTERSPEECH 2019 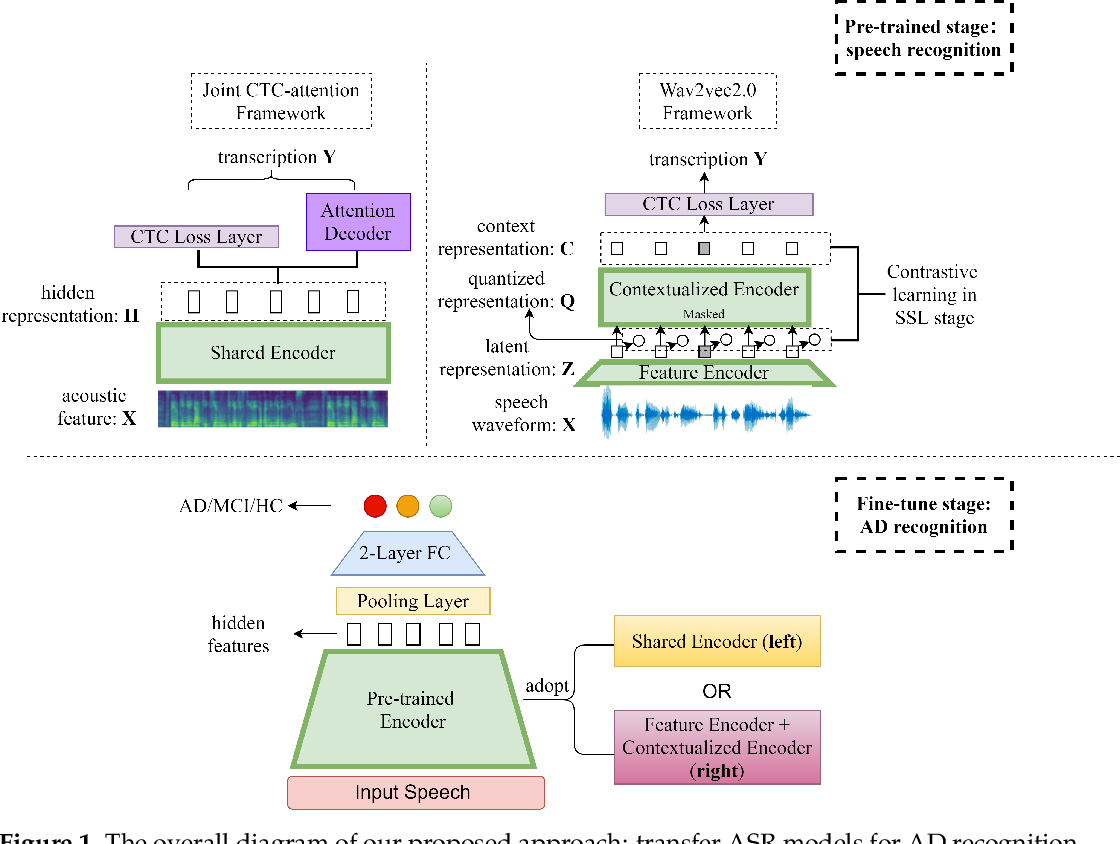 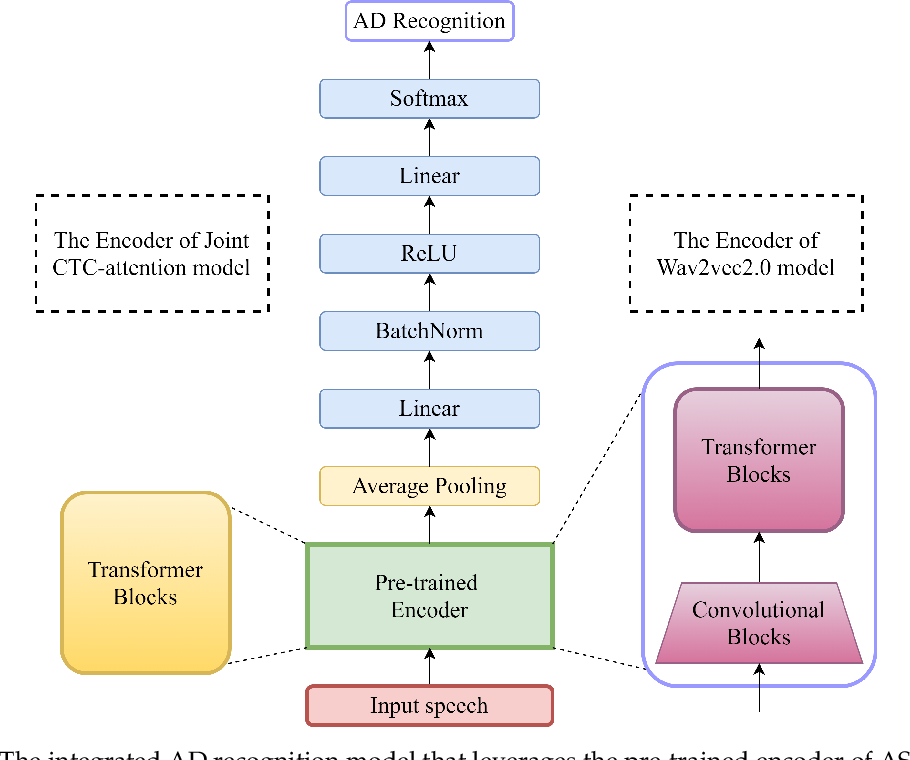 Alzheimer's disease (AD) is a progressive neurodegenerative disease and recently attracts extensive attention worldwide. Speech technology is considered a promising solution for the early diagnosis of AD and has been enthusiastically studied. Most recent works concentrate on the use of advanced BERT-like classifiers for AD detection. Input to these classifiers are speech transcripts produced by automatic speech recognition (ASR) models. The major challenge is that the quality of transcription could degrade significantly under complex acoustic conditions in the real world. The detection performance, in consequence, is largely limited. This paper tackles the problem via tailoring and adapting pre-trained neural-network based ASR model for the downstream AD recognition task. Only bottom layers of the ASR model are retained. A simple fully-connected neural network is added on top of the tailored ASR model for classification. The heavy BERT classifier is discarded. The resulting model is light-weight and can be fine-tuned in an end-to-end manner for AD recognition. Our proposed approach takes only raw speech as input, and no extra transcription process is required. The linguistic information of speech is implicitly encoded in the tailored ASR model and contributes to boosting the performance. Experiments show that our proposed approach outperforms the best manual transcript-based RoBERTa by an absolute margin of 4.6% in terms of accuracy. Our best-performing models achieve the accuracy of 83.2% and 78.0% in the long-audio and short-audio competition tracks of the 2021 NCMMSC Alzheimer's Disease Recognition Challenge, respectively. 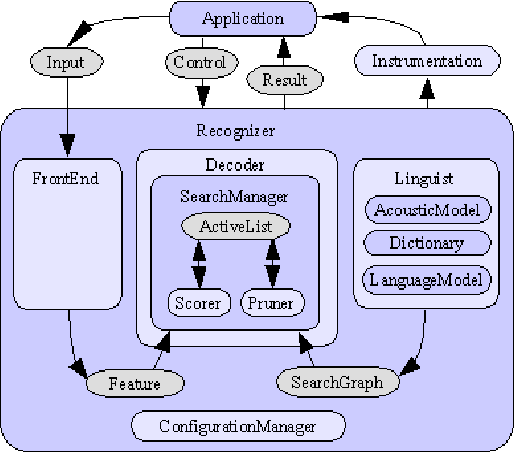 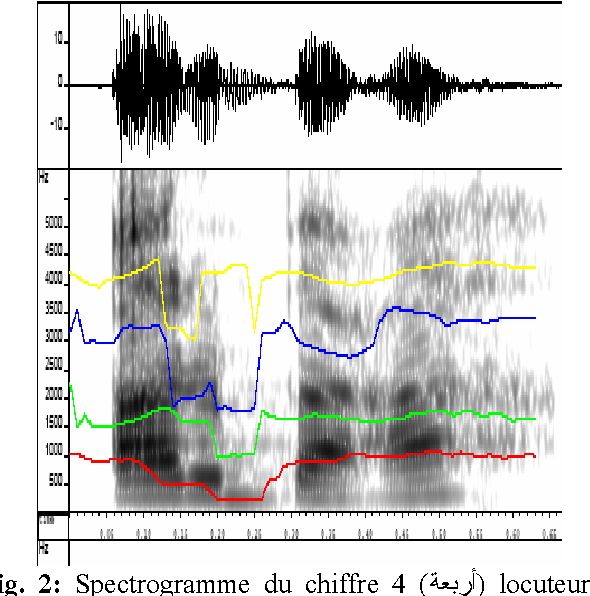 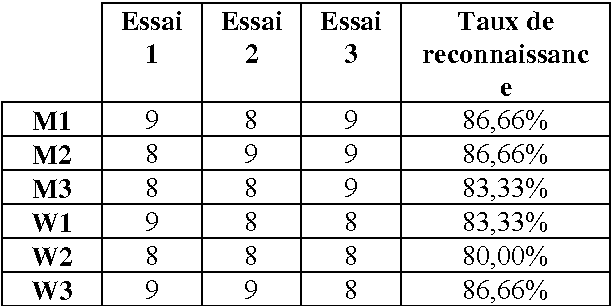 In this paper we present the creation of an Arabic version of Automated Speech Recognition System (ASR). This system is based on the open source Sphinx-4, from the Carnegie Mellon University. Which is a speech recognition system based on discrete hidden Markov models (HMMs). We investigate the changes that must be made to the model to adapt Arabic voice recognition. Keywords: Speech recognition, Acoustic model, Arabic language, HMMs, CMUSphinx-4, Artificial intelligence.