Towards Open-Set Object Detection and Discovery 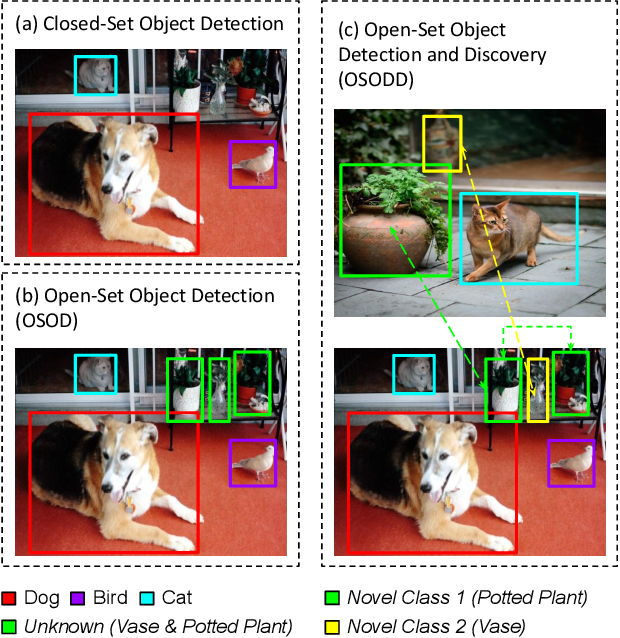 With the human pursuit of knowledge, open-set object detection (OSOD) has been designed to identify unknown objects in a dynamic world. However, an issue with the current setting is that all the predicted unknown objects share the same category as "unknown", which require incremental learning via a human-in-the-loop approach to label novel classes. In order to address this problem, we present a new task, namely Open-Set Object Detection and Discovery (OSODD). This new task aims to extend the ability of open-set object detectors to further discover the categories of unknown objects based on their visual appearance without human effort. We propose a two-stage method that first uses an open-set object detector to predict both known and unknown objects. Then, we study the representation of predicted objects in an unsupervised manner and discover new categories from the set of unknown objects. With this method, a detector is able to detect objects belonging to known classes and define novel categories for objects of unknown classes with minimal supervision. We show the performance of our model on the MS-COCO dataset under a thorough evaluation protocol. We hope that our work will promote further research towards a more robust real-world detection system. 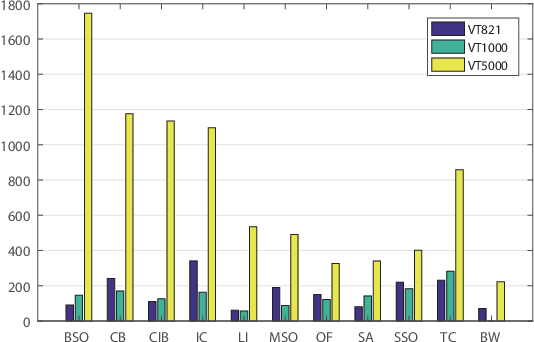 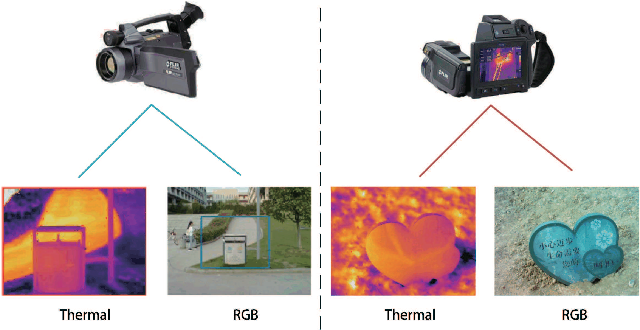 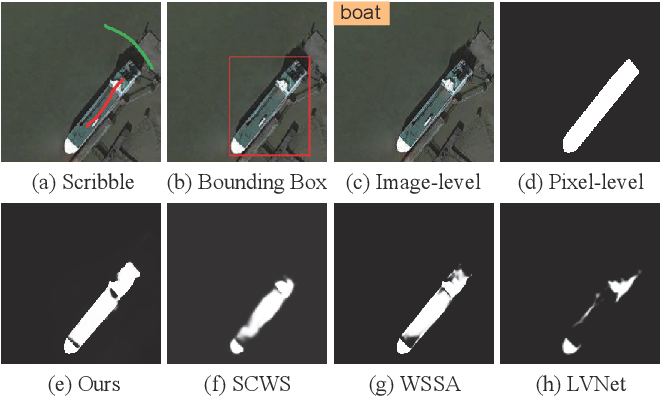 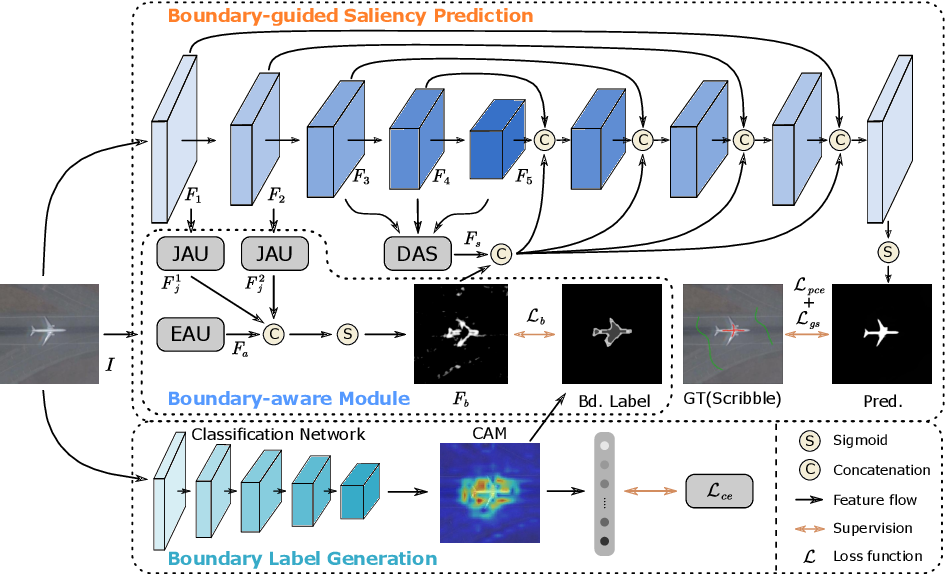 Object detection and recognition are important problems in computer vision. Since these problems are meta-heuristic, despite a lot of research, practically usable, intelligent, real-time, and dynamic object detection/recognition methods are still unavailable. We propose a new object detection/recognition method, which improves over the existing methods in every stage of the object detection/recognition process. In addition to the usual features, we propose to use geometric shapes, like linear cues, ellipses and quadrangles, as additional features. The full potential of geometric cues is exploited by using them to extract other features in a robust, computationally efficient, and less meta-heuristic manner. We also propose a new hierarchical codebook, which provides good generalization and discriminative properties. The codebook enables fast multi-path inference mechanisms based on propagation of conditional likelihoods, that make it robust to occlusion and noise. It has the capability of dynamic learning. We also propose a new learning method that has generative and discriminative learning capabilities, does not need large and fully supervised training dataset, and is capable of online learning. The preliminary work of detecting geometric shapes in real images has been completed. This preliminary work is the focus of this report. Future path for realizing the proposed object detection/recognition method is also discussed in brief. 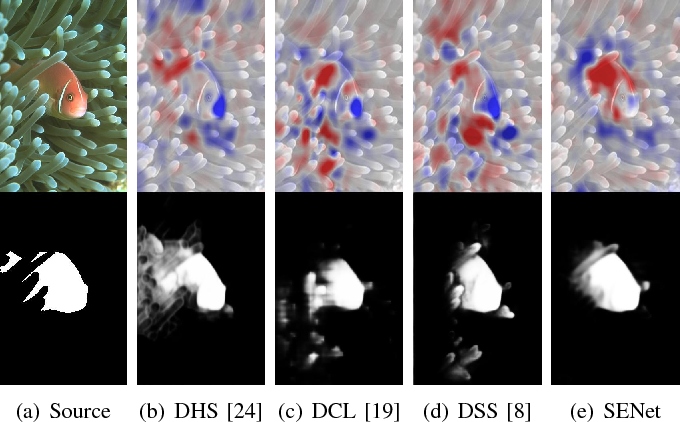 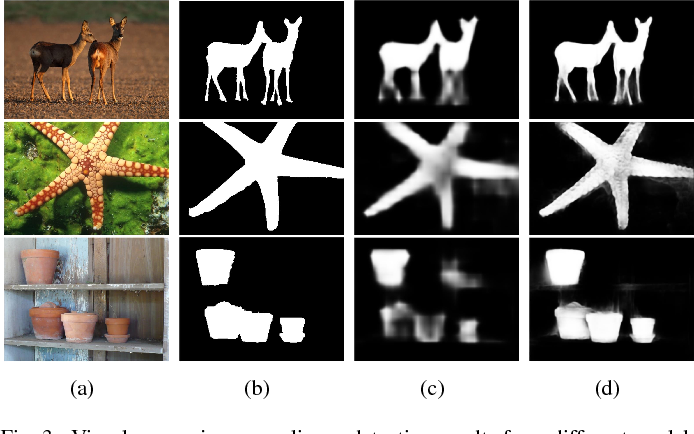 Salient object detection has seen remarkable progress driven by deep learning techniques. However, most of deep learning based salient object detection methods are black-box in nature and lacking in interpretability. This paper proposes the first self-explanatory saliency detection network that explicitly exploits low- and high-level features for salient object detection. We demonstrate that such supportive clues not only significantly enhances performance of salient object detection but also gives better justified detection results. More specifically, we develop a multi-stage saliency encoder to extract multi-scale features which contain both low- and high-level saliency context. Dense short- and long-range connections are introduced to reuse these features iteratively. Benefiting from the direct access to low- and high-level features, the proposed saliency encoder can not only model the object context but also preserve the boundary. Furthermore, a self-explanatory generator is proposed to interpret how the proposed saliency encoder or other deep saliency models making decisions. The generator simulates the absence of interesting features by preventing these features from contributing to the saliency classifier and estimates the corresponding saliency prediction without these features. A comparison function, saliency explanation, is defined to measure the prediction changes between deep saliency models and corresponding generator. Through visualizing the differences, we can interpret the capability of different deep neural networks based saliency detection models and demonstrate that our proposed model indeed uses more reasonable structure for salient object detection. Extensive experiments on five popular benchmark datasets and the visualized saliency explanation demonstrate that the proposed method provides new state-of-the-art. 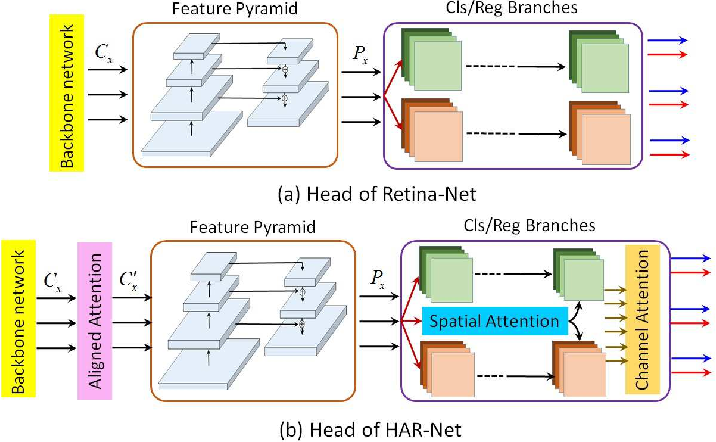 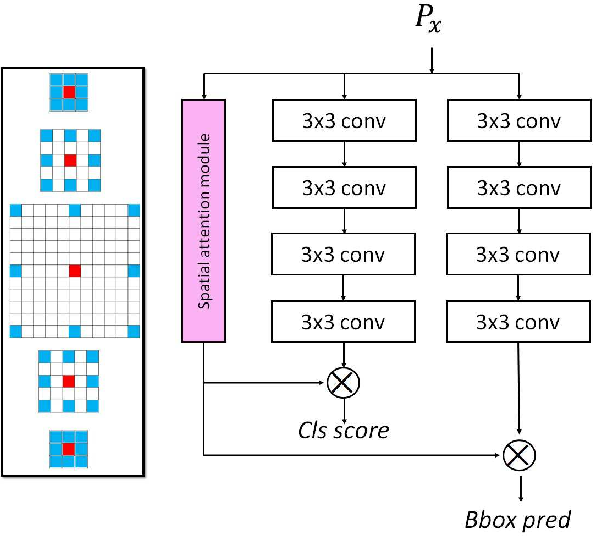 Detecting and Matching Related Objects with One Proposal Multiple Predictions 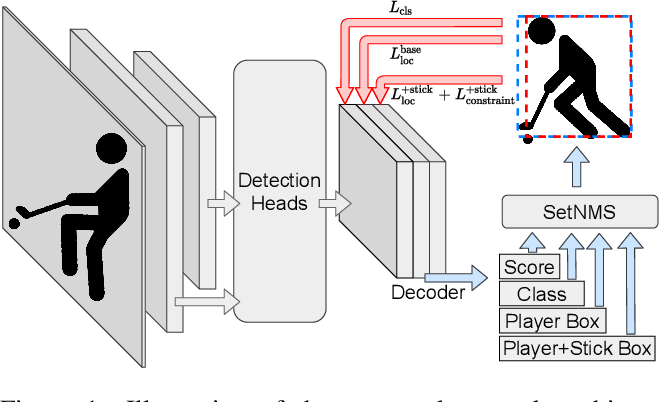 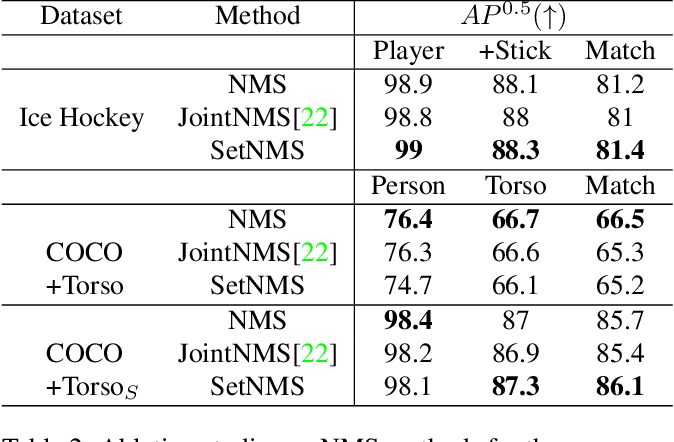 Tracking players in sports videos is commonly done in a tracking-by-detection framework, first detecting players in each frame, and then performing association over time. While for some sports tracking players is sufficient for game analysis, sports like hockey, tennis and polo may require additional detections, that include the object the player is holding (e.g. racket, stick). The baseline solution for this problem involves detecting these objects as separate classes, and matching them to player detections based on the intersection over union (IoU). This approach, however, leads to poor matching performance in crowded situations, as it does not model the relationship between players and objects. In this paper, we propose a simple yet efficient way to detect and match players and related objects at once without extra cost, by considering an implicit association for prediction of multiple objects through the same proposal box. We evaluate the method on a dataset of broadcast ice hockey videos, and also a new public dataset we introduce called COCO +Torso. On the ice hockey dataset, the proposed method boosts matching performance from 57.1% to 81.4%, while also improving the meanAP of player+stick detections from 68.4% to 88.3%. On the COCO +Torso dataset, we see matching improving from 47.9% to 65.2%. The COCO +Torso dataset, code and pre-trained models will be released at https://github.com/foreverYoungGitHub/detect-and-match-related-objects. 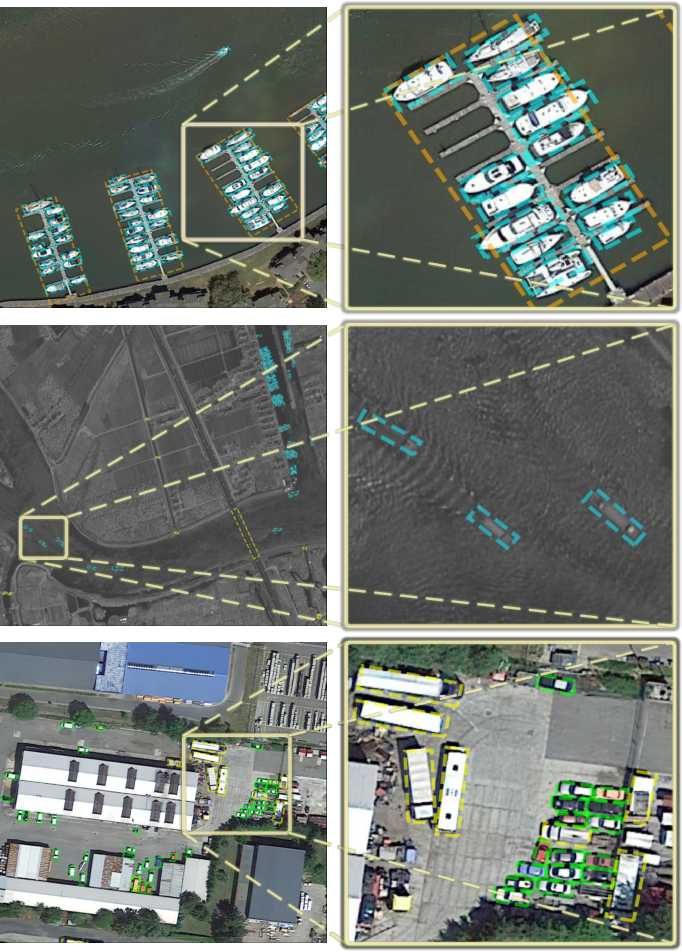 Accurate and robust detection of multi-class objects in optical remote sensing images is essential to many real-world applications such as urban planning, traffic control, searching and rescuing, etc. However, state-of-the-art object detection techniques designed for images captured using ground-level sensors usually experience a sharp performance drop when directly applied to remote sensing images, largely due to the object appearance differences in remote sensing images in term of sparse texture, low contrast, arbitrary orientations, large scale variations, etc. This paper presents a novel object detection network (CAD-Net) that exploits attention-modulated features as well as global and local contexts to address the new challenges in detecting objects from remote sensing images. The proposed CAD-Net learns global and local contexts of objects by capturing their correlations with the global scene (at scene-level) and the local neighboring objects or features (at object-level), respectively. In addition, it designs a spatial-and-scale-aware attention module that guides the network to focus on more informative regions and features as well as more appropriate feature scales. Experiments over two publicly available object detection datasets for remote sensing images demonstrate that the proposed CAD-Net achieves superior detection performance. The implementation codes will be made publicly available for facilitating future researches.