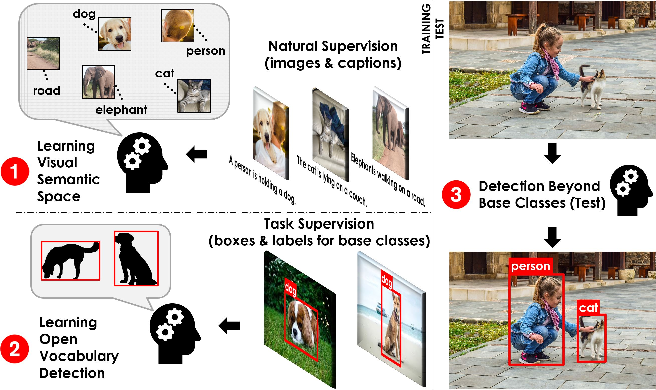 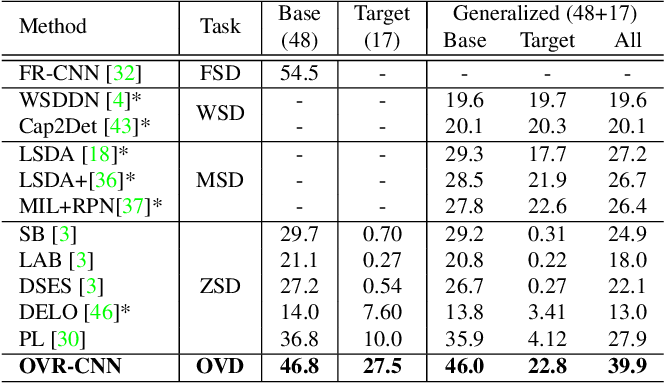 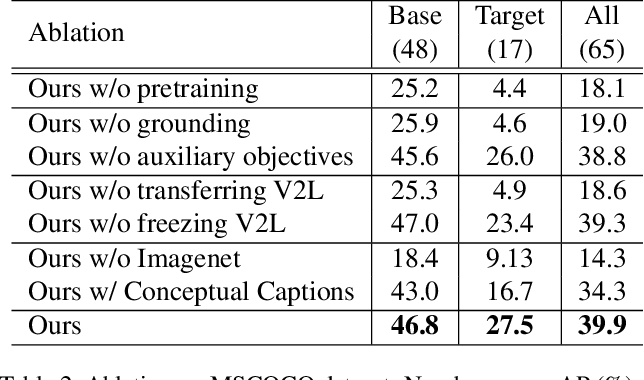 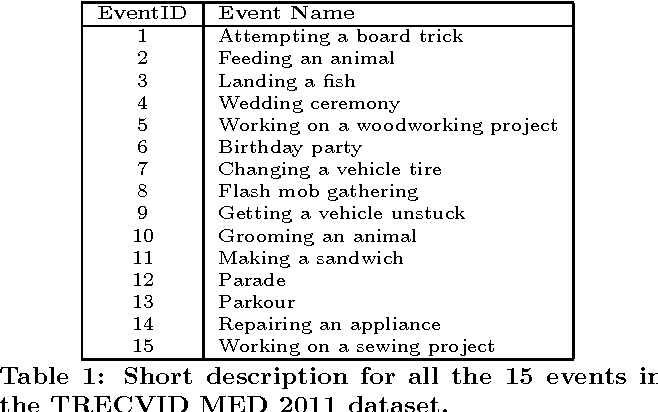 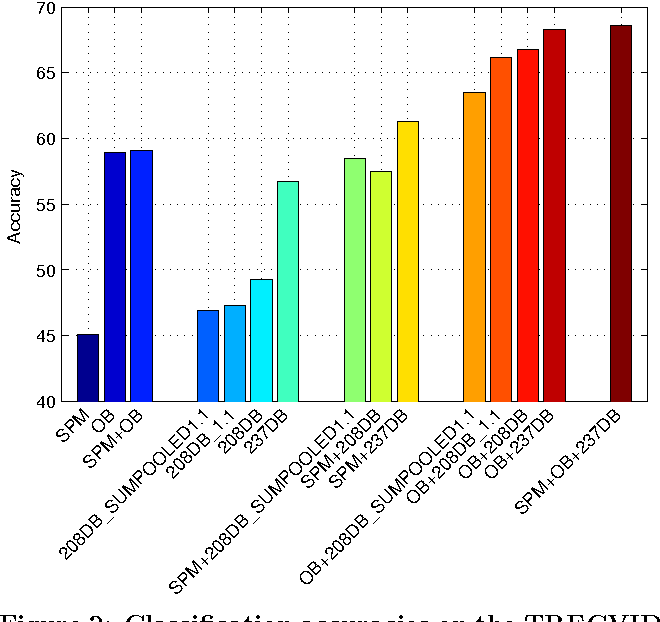 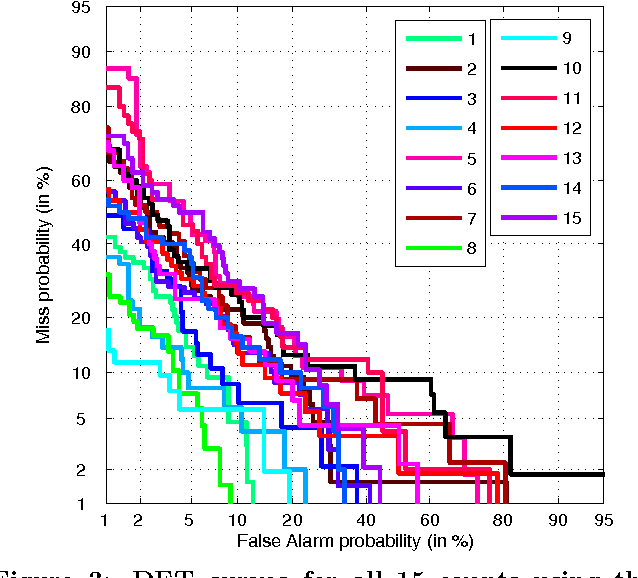 While low-level image features have proven to be effective representations for visual recognition tasks such as object recognition and scene classification, they are inadequate to capture complex semantic meaning required to solve high-level visual tasks such as multimedia event detection and recognition. Recognition or retrieval of events and activities can be improved if specific discriminative objects are detected in a video sequence. In this paper, we propose an image representation, called Detection Bank, based on the detection images from a large number of windowed object detectors where an image is represented by different statistics derived from these detections. This representation is extended to video by aggregating the key frame level image representations through mean and max pooling. We empirically show that it captures complementary information to state-of-the-art representations such as Spatial Pyramid Matching and Object Bank. These descriptors combined with our Detection Bank representation significantly outperforms any of the representations alone on TRECVID MED 2011 data. 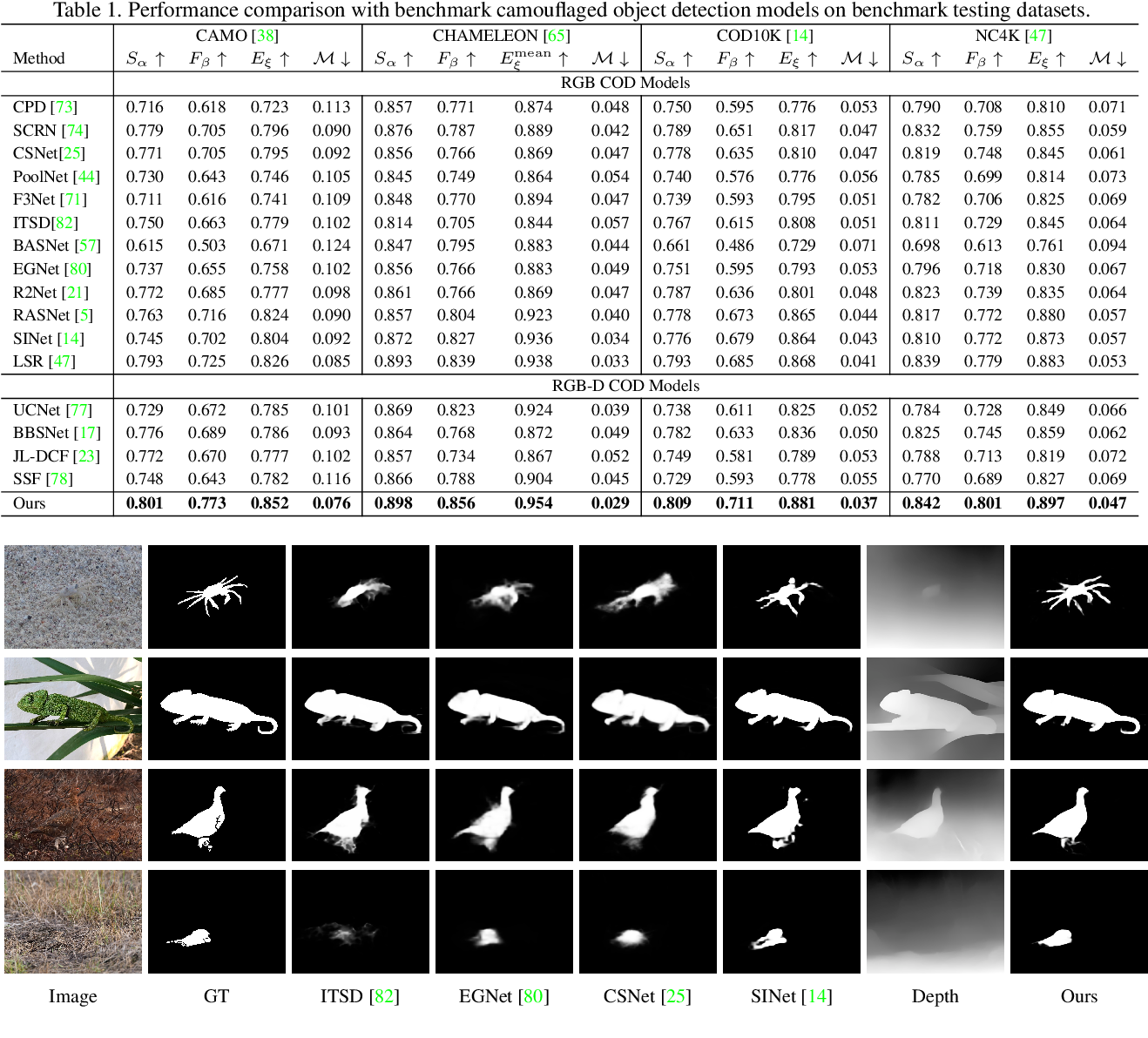 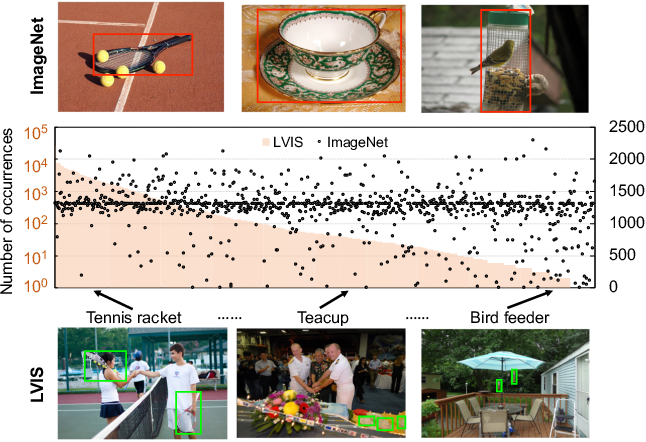 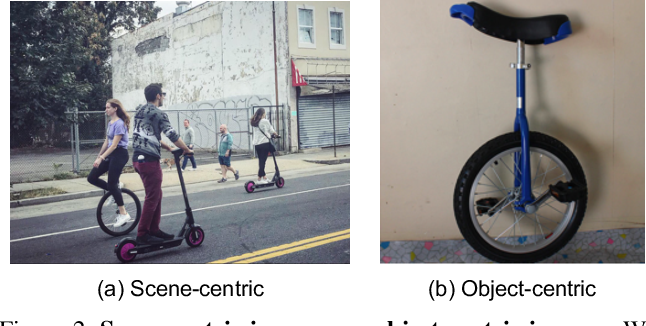 Comprehensive Analysis of the Object Detection Pipeline on UAVs 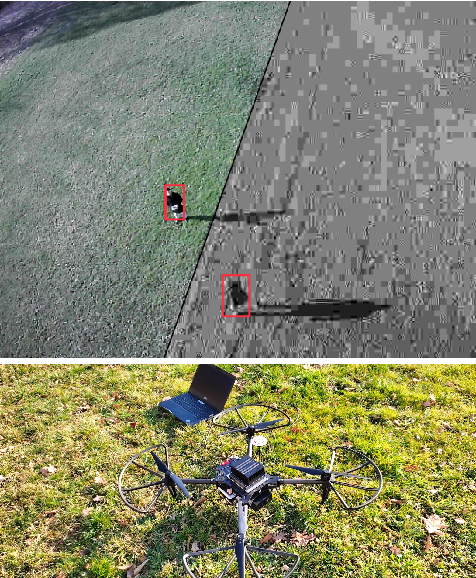 An object detection pipeline comprises a camera that captures the scene and an object detector that processes these images. The quality of the images directly affects the performance of the object detector. Many works nowadays focus either on improving the image quality or improving the object detection models independently, but neglect the importance of joint optimization of the two subsystems. In this paper, we first empirically analyze the influence of seven parameters (quantization, compression, resolution, color model, image distortion, gamma correction, additional channels) in remote sensing applications. For our experiments, we utilize three UAV data sets from different domains and a mixture of large and small state-of-the-art object detector models to provide an extensive evaluation of the influence of the pipeline parameters. Additionally, we realize an object detection pipeline prototype on an embedded platform for an UAV and give a best practice recommendation for building object detection pipelines based on our findings. We show that not all parameters have an equal impact on detection accuracy and data throughput, and that by using a suitable compromise between parameters we are able to improve detection accuracy for lightweight object detection models, while keeping the same data throughput. 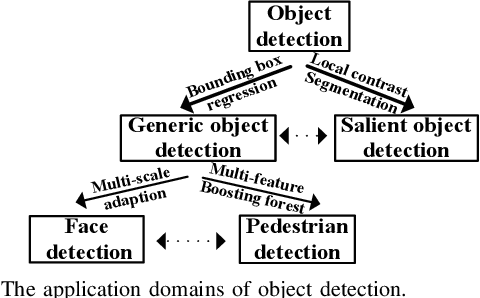 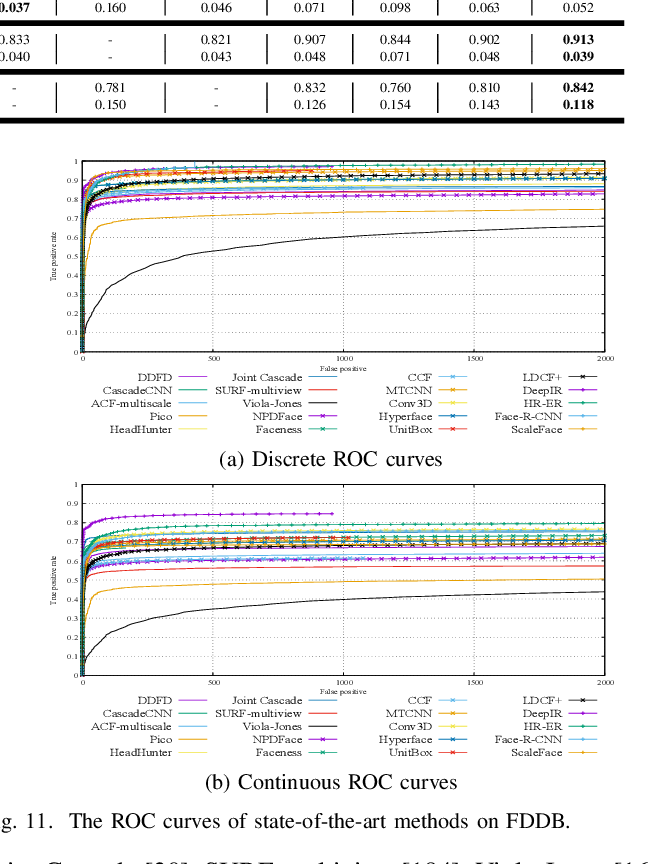 Due to object detection's close relationship with video analysis and image understanding, it has attracted much research attention in recent years. Traditional object detection methods are built on handcrafted features and shallow trainable architectures. Their performance easily stagnates by constructing complex ensembles which combine multiple low-level image features with high-level context from object detectors and scene classifiers. With the rapid development in deep learning, more powerful tools, which are able to learn semantic, high-level, deeper features, are introduced to address the problems existing in traditional architectures. These models behave differently in network architecture, training strategy and optimization function, etc. In this paper, we provide a review on deep learning based object detection frameworks. Our review begins with a brief introduction on the history of deep learning and its representative tool, namely Convolutional Neural Network (CNN). Then we focus on typical generic object detection architectures along with some modifications and useful tricks to improve detection performance further. As distinct specific detection tasks exhibit different characteristics, we also briefly survey several specific tasks, including salient object detection, face detection and pedestrian detection. Experimental analyses are also provided to compare various methods and draw some meaningful conclusions. Finally, several promising directions and tasks are provided to serve as guidelines for future work in both object detection and relevant neural network based learning systems.

Object Detection is critical for automatic military operations. However, the performance of current object detection algorithms is deficient in terms of the requirements in military scenarios. This is mainly because the object presence is hard to detect due to the indistinguishable appearance and dramatic changes of object's size which is determined by the distance to the detection sensors. Recent advances in deep learning have achieved promising results in many challenging tasks. The state-of-the-art in object detection is represented by convolutional neural networks (CNNs), such as the fast R-CNN algorithm. These CNN-based methods improve the detection performance significantly on several public generic object detection datasets. However, their performance on detecting small objects or undistinguishable objects in visible spectrum images is still insufficient. In this study, we propose a novel detection algorithm for military objects by fusing multi-channel CNNs. We combine spatial, temporal and thermal information by generating a three-channel image, and they will be fused as CNN feature maps in an unsupervised manner. The backbone of our object detection framework is from the fast R-CNN algorithm, and we utilize cross-domain transfer learning technique to fine-tune the CNN model on generated multi-channel images. In the experiments, we validated the proposed method with the images from SENSIAC (Military Sensing Information Analysis Centre) database and compared it with the state-of-the-art. The experimental results demonstrated the effectiveness of the proposed method on both accuracy and computational efficiency. 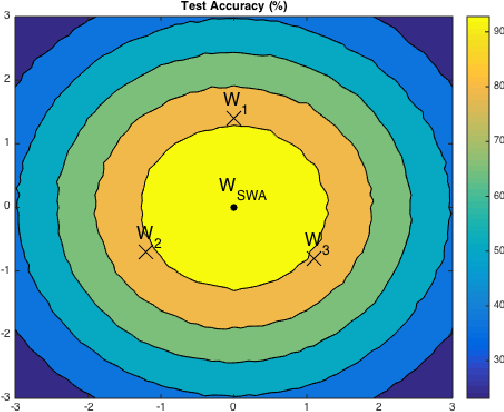 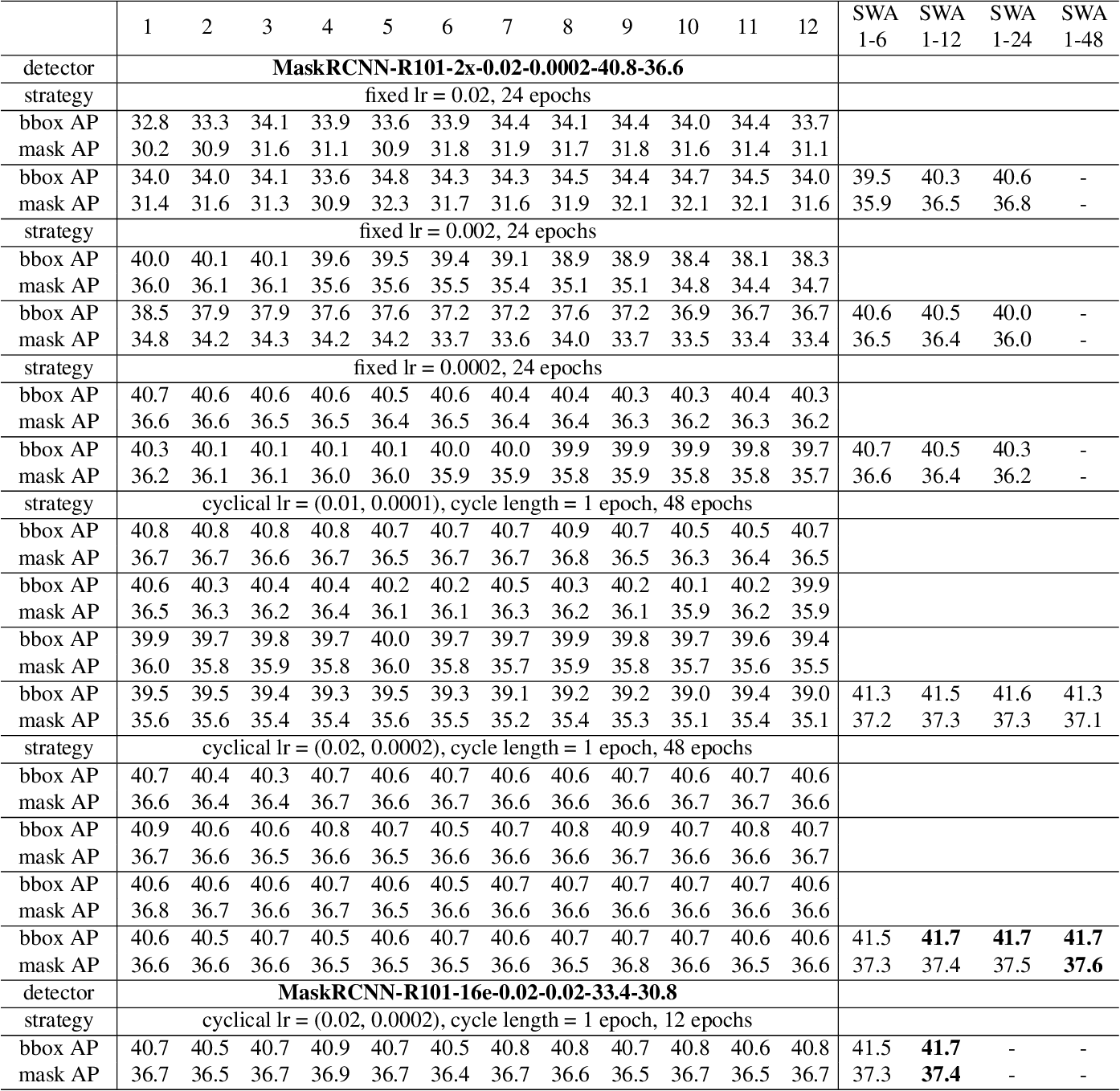 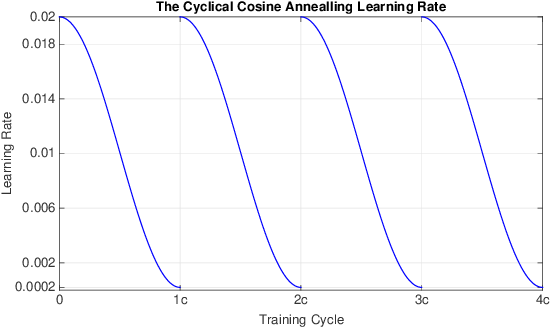 Do you want to improve 1.0 AP for your object detector without any inference cost and any change to your detector? Let us tell you such a recipe. It is surprisingly simple: train your detector for an extra 12 epochs using cyclical learning rates and then average these 12 checkpoints as your final detection model. This potent recipe is inspired by Stochastic Weights Averaging (SWA), which is proposed in arXiv:1803.05407 for improving generalization in deep neural networks. We found it also very effective in object detection. In this technique report, we systematically investigate the effects of applying SWA to object detection as well as instance segmentation. Through extensive experiments, we discover a good policy of performing SWA in object detection, and we consistently achieve $\sim$1.0 AP improvement over various popular detectors on the challenging COCO benchmark. We hope this work will make more researchers in object detection know this technique and help them train better object detectors. Code is available at: https://github.com/hyz-xmaster/swa_object_detection . 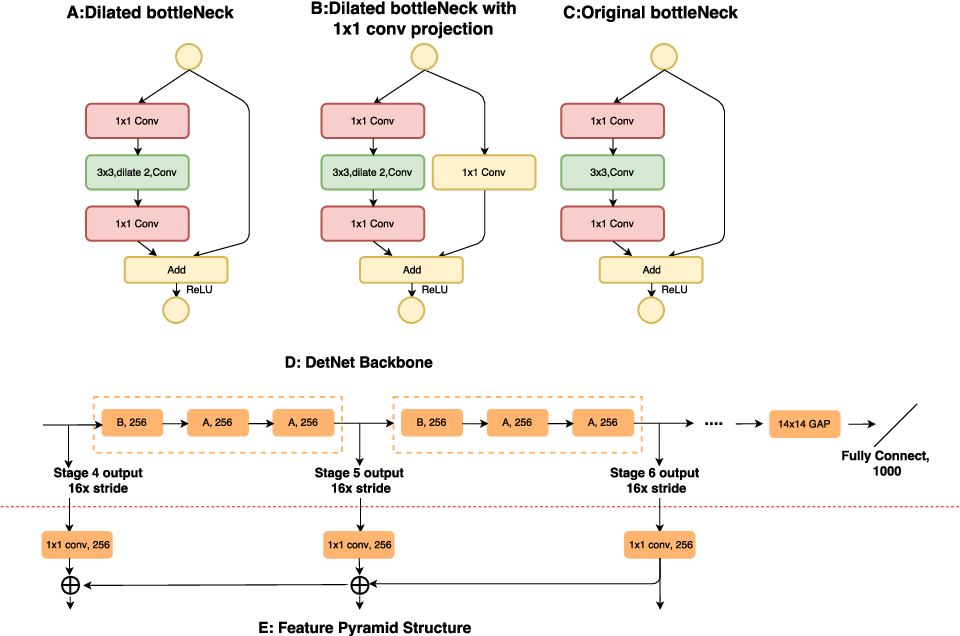