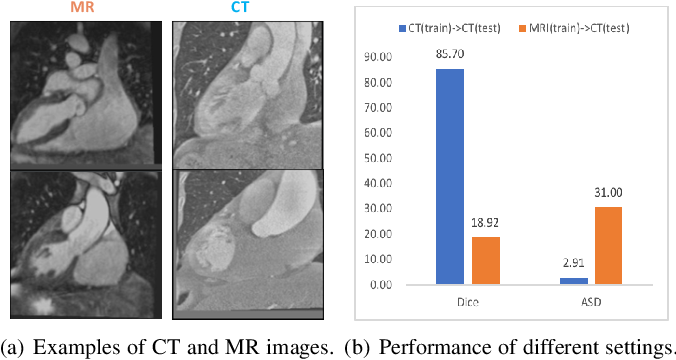 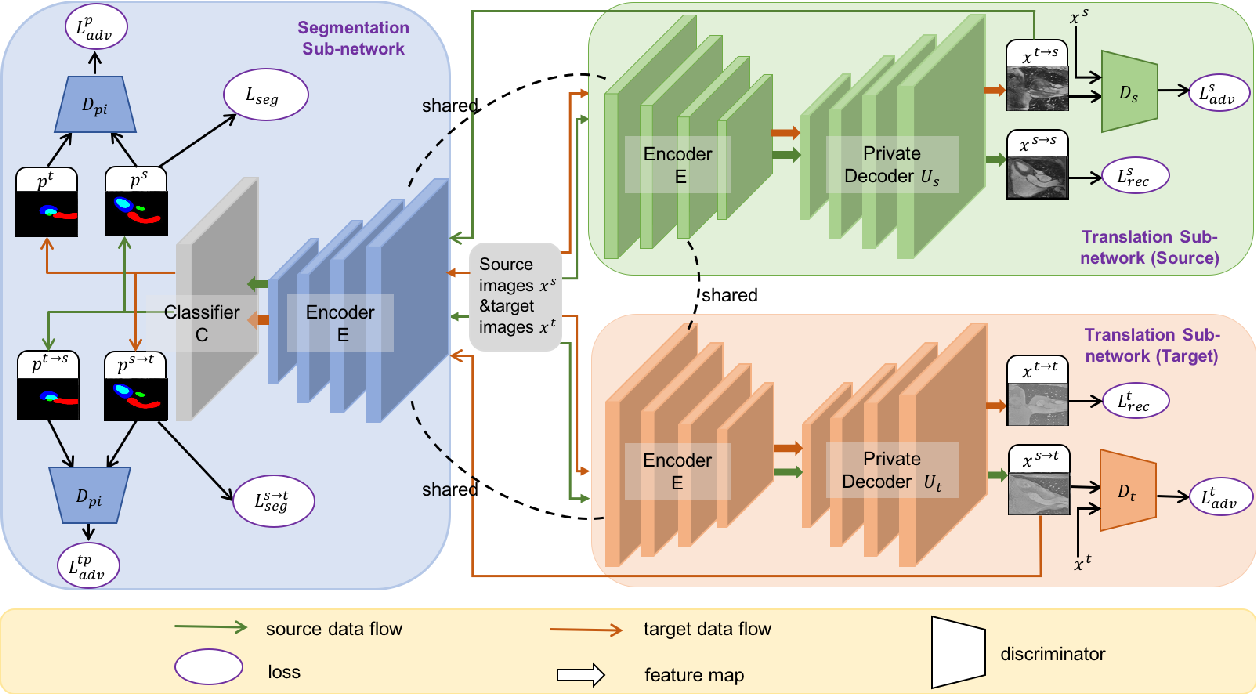 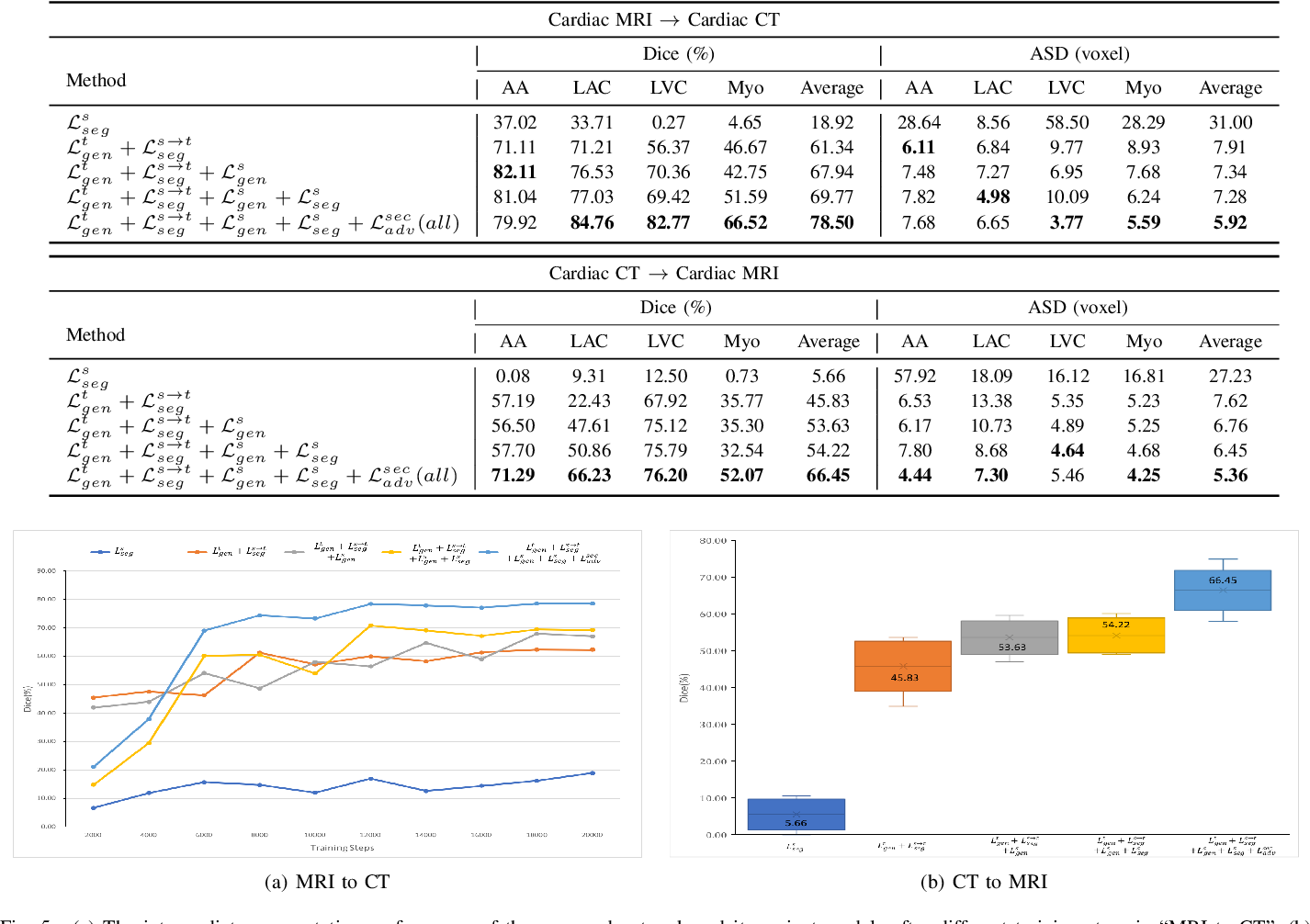 Unsupervised domain adaptation (UDA) methods have shown their promising performance in the cross-modality medical image segmentation tasks. These typical methods usually utilize a translation network to transform images from the source domain to target domain or train the pixel-level classifier merely using translated source images and original target images. However, when there exists a large domain shift between source and target domains, we argue that this asymmetric structure could not fully eliminate the domain gap. In this paper, we present a novel deep symmetric architecture of UDA for medical image segmentation, which consists of a segmentation sub-network, and two symmetric source and target domain translation sub-networks. To be specific, based on two translation sub-networks, we introduce a bidirectional alignment scheme via a shared encoder and private decoders to simultaneously align features 1) from source to target domain and 2) from target to source domain, which helps effectively mitigate the discrepancy between domains. Furthermore, for the segmentation sub-network, we train a pixel-level classifier using not only original target images and translated source images, but also original source images and translated target images, which helps sufficiently leverage the semantic information from the images with different styles. Extensive experiments demonstrate that our method has remarkable advantages compared to the state-of-the-art methods in both cross-modality Cardiac and BraTS segmentation tasks.

Compactification of the Rigid Motions Group in Image Processing 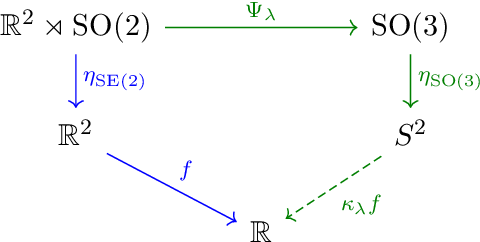 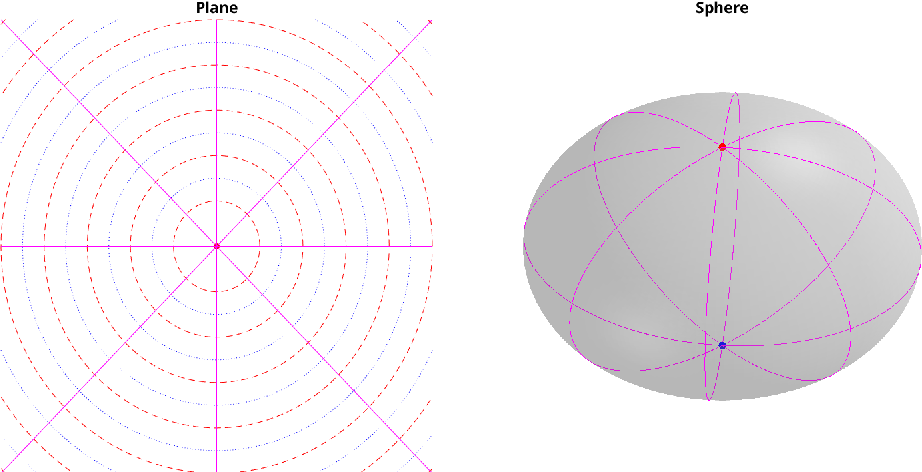 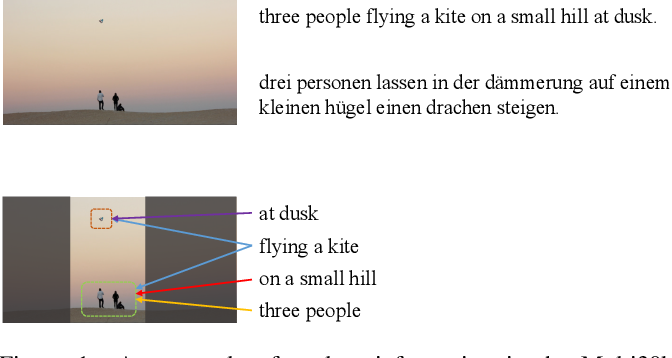 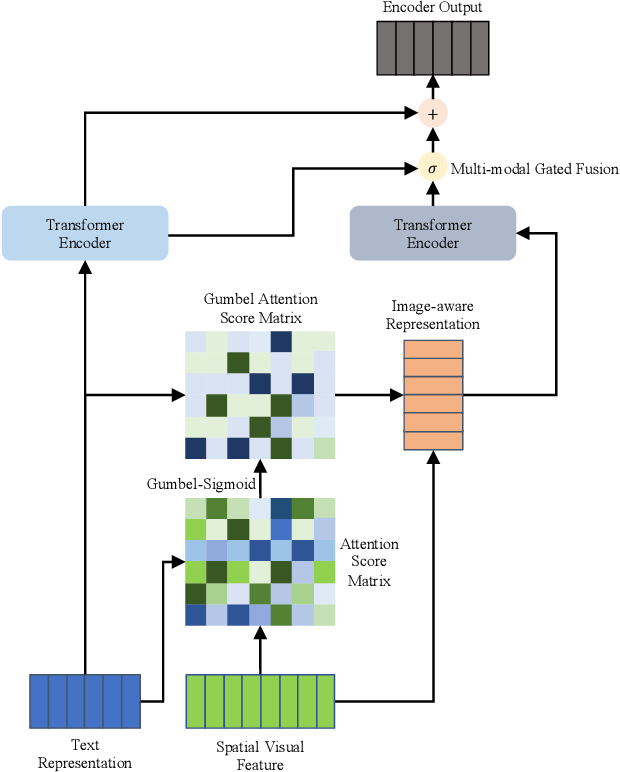 Multi-modal machine translation (MMT) improves translation quality by introducing visual information. However, the existing MMT model ignores the problem that the image will bring information irrelevant to the text, causing much noise to the model and affecting the translation quality. In this paper, we propose a novel Gumbel-Attention for multi-modal machine translation, which selects the text-related parts of the image features. Specifically, different from the previous attention-based method, we first use a differentiable method to select the image information and automatically remove the useless parts of the image features. Through the score matrix of Gumbel-Attention and image features, the image-aware text representation is generated. And then, we independently encode the text representation and the image-aware text representation with the multi-modal encoder. Finally, the final output of the encoder is obtained through multi-modal gated fusion. Experiments and case analysis proves that our method retains the image features related to the text, and the remaining parts help the MMT model generates better translations. 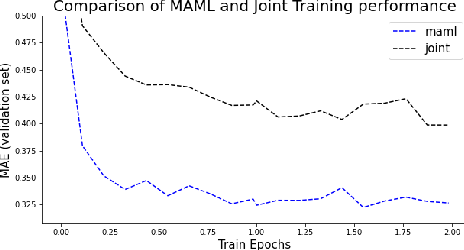 Recent advances in deep learning, in particular enabled by hardware advances and big data, have provided impressive results across a wide range of computational problems such as computer vision, natural language, or reinforcement learning. Many of these improvements are however constrained to problems with large-scale curated data-sets which require a lot of human labor to gather. Additionally, these models tend to generalize poorly under both slight distributional shifts and low-data regimes. In recent years, emerging fields such as meta-learning or self-supervised learning have been closing the gap between proof-of-concept results and real-life applications of machine learning by extending deep-learning to the semi-supervised and few-shot domains. We follow this line of work and explore spatio-temporal structure in a recently introduced image-to-image translation problem in order to: i) formulate a novel multi-task few-shot image generation benchmark and ii) explore data augmentations in contrastive pre-training for image translation downstream tasks. We present several baselines for the few-shot problem and discuss trade-offs between different approaches. Our code is available at https://github.com/irugina/meta-image-translation.

In recent years we have witnessed tremendous progress in unpaired image-to-image translation methods, propelled by the emergence of DNNs and adversarial training strategies. However, most existing methods focus on transfer of style and appearance, rather than on shape translation. The latter task is challenging, due to its intricate non-local nature, which calls for additional supervision. We mitigate this by descending the deep layers of a pre-trained network, where the deep features contain more semantics, and applying the translation from and between these deep features. Specifically, we leverage VGG, which is a classification network, pre-trained with large-scale semantic supervision. Our translation is performed in a cascaded, deep-to-shallow, fashion, along the deep feature hierarchy: we first translate between the deepest layers that encode the higher-level semantic content of the image, proceeding to translate the shallower layers, conditioned on the deeper ones. We show that our method is able to translate between different domains, which exhibit significantly different shapes. We evaluate our method both qualitatively and quantitatively and compare it to state-of-the-art image-to-image translation methods. Our code and trained models will be made available. 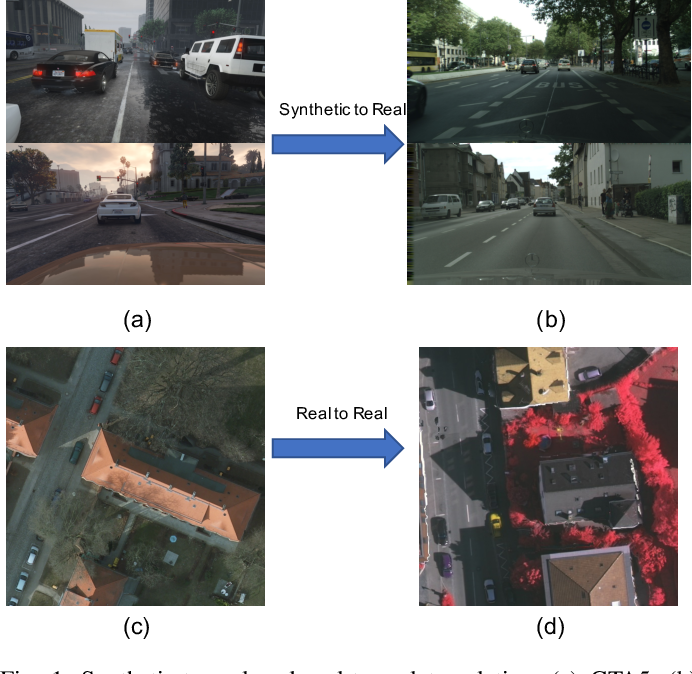 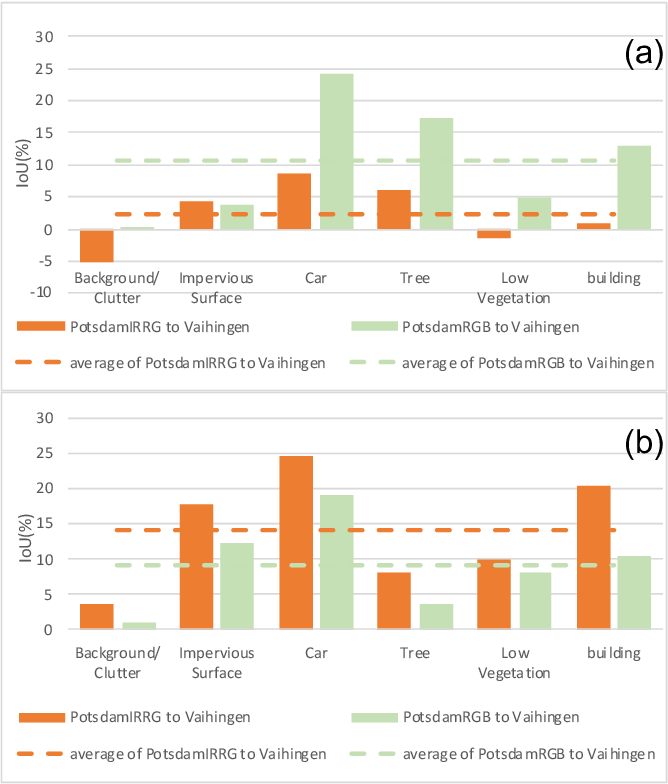 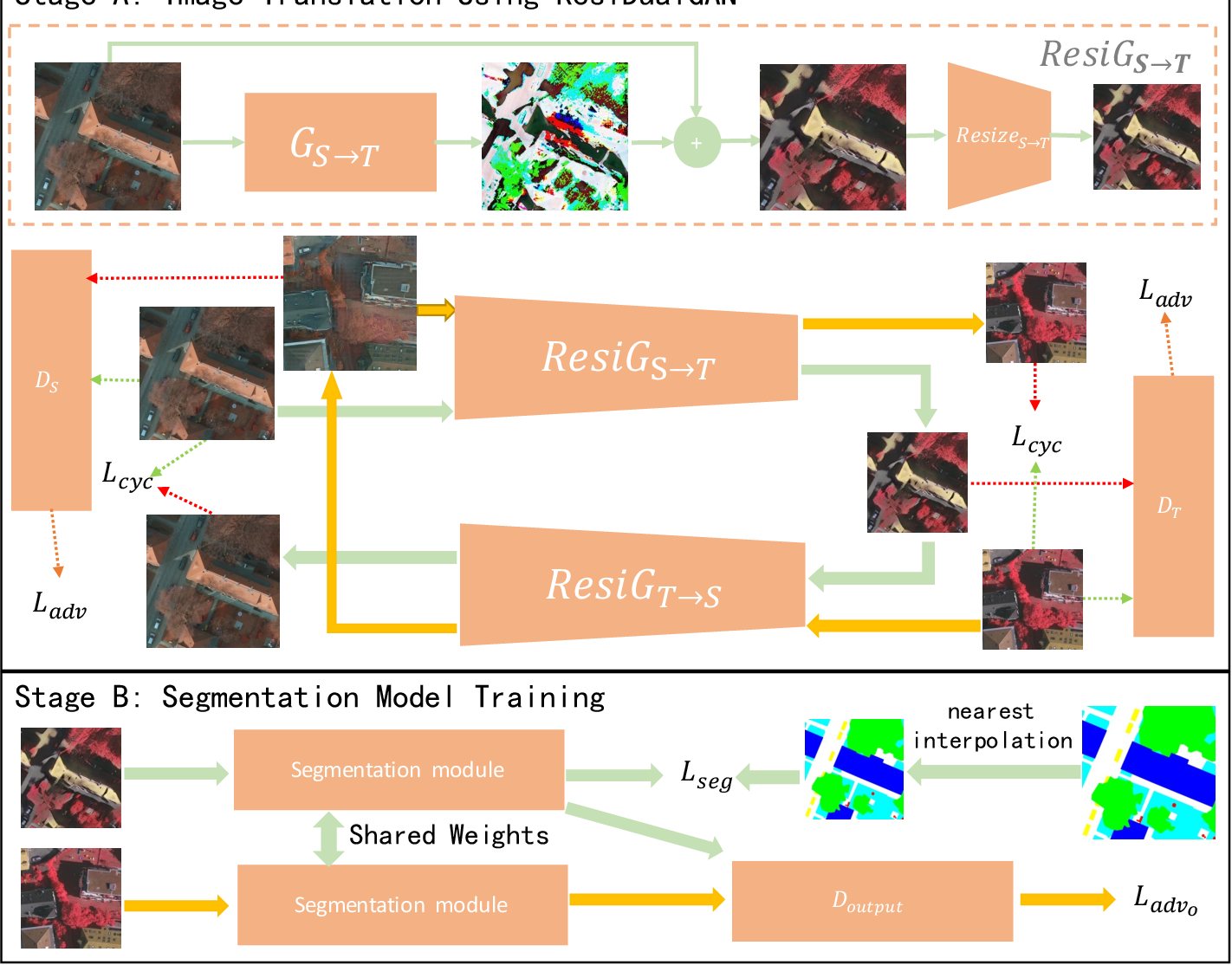 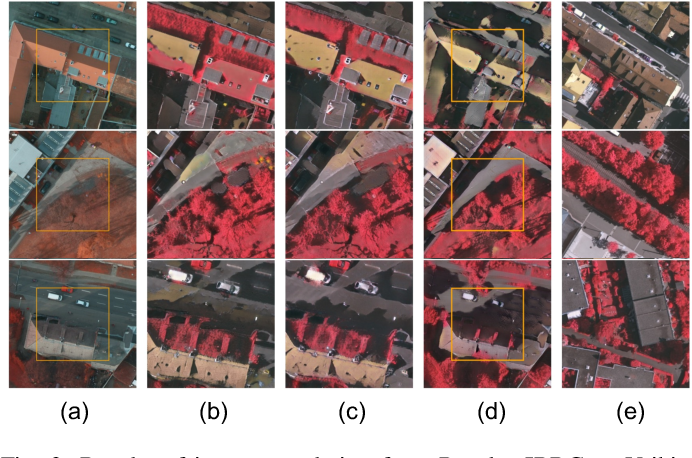 The performance of a semantic segmentation model for remote sensing (RS) images pretrained on an annotated dataset would greatly decrease when testing on another unannotated dataset because of the domain gap. Adversarial generative methods, e.g., DualGAN, are utilized for unpaired image-to-image translation to minimize the pixel-level domain gap, which is one of the common approaches for unsupervised domain adaptation (UDA). However, existing image translation methods are facing two problems when performing RS images translation: 1) ignoring the scale discrepancy between two RS datasets which greatly affect the accuracy performance of scale-invariant objects, 2) ignoring the characteristic of real-to-real translation of RS images which brings an unstable factor for the training of the models. In this paper, ResiDualGAN is proposed for RS images translation, where a resizer module is used for addressing the scale discrepancy of RS datasets, and a residual connection is used for strengthening the stability of real-to-real images translation and improving the performance in cross-domain semantic segmentation tasks. Combining with an output space adaptation method, the proposed method greatly improves the accuracy performance on common benchmarks, which demonstrates the superiority and reliability of ResiDuanGAN. At the end of the paper, a thorough discussion is also conducted to give a reasonable explanation for the improvement of ResiDualGAN. 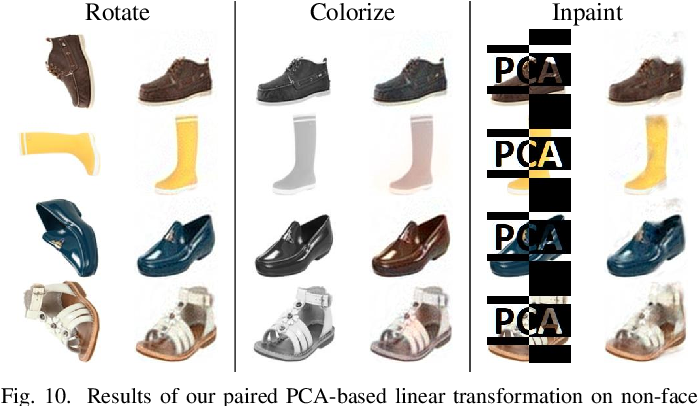 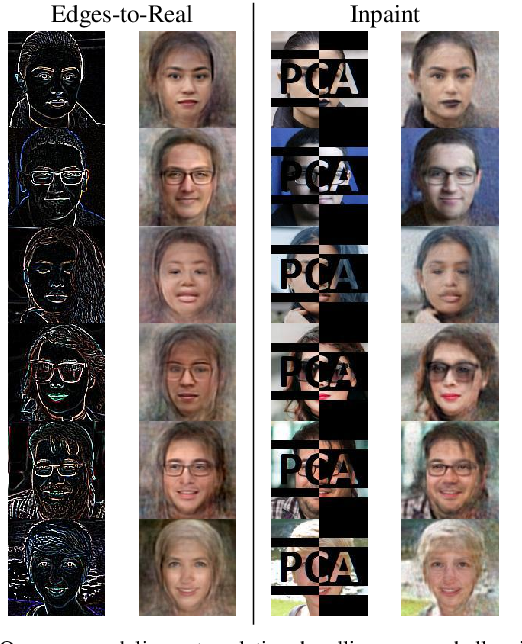 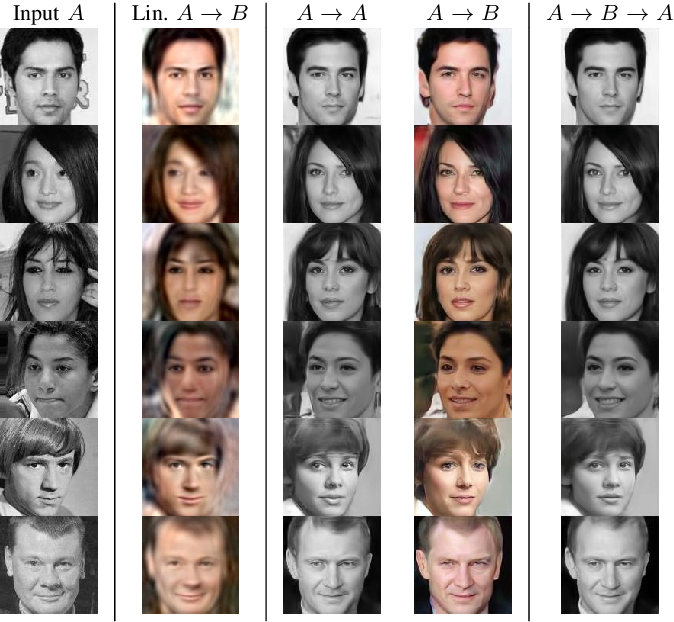 Unsupervised image-to-image translation is an inherently ill-posed problem. Recent methods based on deep encoder-decoder architectures have shown impressive results, but we show that they only succeed due to a strong locality bias, and they fail to learn very simple nonlocal transformations (e.g. mapping upside down faces to upright faces). When the locality bias is removed, the methods are too powerful and may fail to learn simple local transformations. In this paper we introduce linear encoder-decoder architectures for unsupervised image to image translation. We show that learning is much easier and faster with these architectures and yet the results are surprisingly effective. In particular, we show a number of local problems for which the results of the linear methods are comparable to those of state-of-the-art architectures but with a fraction of the training time, and a number of nonlocal problems for which the state-of-the-art fails while linear methods succeed.

Neural Machine Translation with Latent Semantic of Image and Text 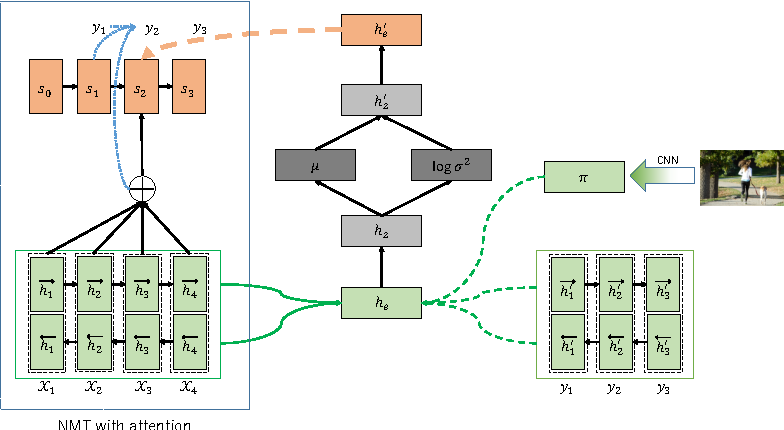 Although attention-based Neural Machine Translation have achieved great success, attention-mechanism cannot capture the entire meaning of the source sentence because the attention mechanism generates a target word depending heavily on the relevant parts of the source sentence. The report of earlier studies has introduced a latent variable to capture the entire meaning of sentence and achieved improvement on attention-based Neural Machine Translation. We follow this approach and we believe that the capturing meaning of sentence benefits from image information because human beings understand the meaning of language not only from textual information but also from perceptual information such as that gained from vision. As described herein, we propose a neural machine translation model that introduces a continuous latent variable containing an underlying semantic extracted from texts and images. Our model, which can be trained end-to-end, requires image information only when training. Experiments conducted with an English--German translation task show that our model outperforms over the baseline. 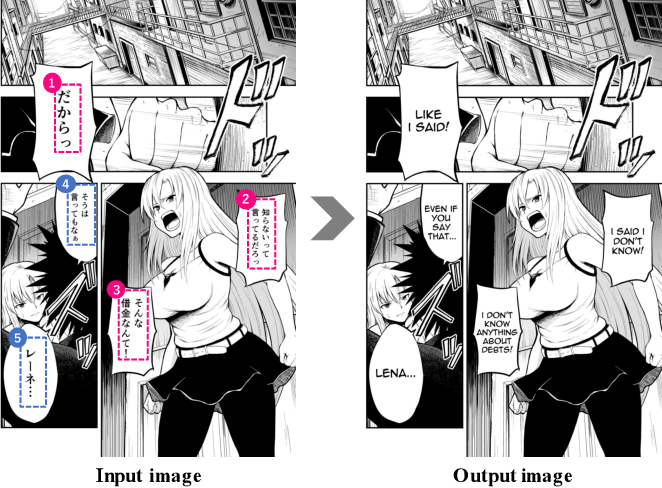 We tackle the problem of machine translation of manga, Japanese comics. Manga translation involves two important problems in machine translation: context-aware and multimodal translation. Since text and images are mixed up in an unstructured fashion in Manga, obtaining context from the image is essential for manga translation. However, it is still an open problem how to extract context from image and integrate into MT models. In addition, corpus and benchmarks to train and evaluate such model is currently unavailable. In this paper, we make the following four contributions that establishes the foundation of manga translation research. First, we propose multimodal context-aware translation framework. We are the first to incorporate context information obtained from manga image. It enables us to translate texts in speech bubbles that cannot be translated without using context information (e.g., texts in other speech bubbles, gender of speakers, etc.). Second, for training the model, we propose the approach to automatic corpus construction from pairs of original manga and their translations, by which large parallel corpus can be constructed without any manual labeling. Third, we created a new benchmark to evaluate manga translation. Finally, on top of our proposed methods, we devised a first comprehensive system for fully automated manga translation.