Object detection is an important yet challenging task in video understanding & analysis, where one major challenge lies in the proper balance between two contradictive factors: detection accuracy and detection speed. In this paper, we propose a new adaptive patch-of-interest composition approach for boosting both the accuracy and speed for object detection. The proposed approach first extracts patches in a video frame which have the potential to include objects-of-interest. Then, an adaptive composition process is introduced to compose the extracted patches into an optimal number of sub-frames for object detection. With this process, we are able to maintain the resolution of the original frame during object detection (for guaranteeing the accuracy), while minimizing the number of inputs in detection (for boosting the speed). Experimental results on various datasets demonstrate the effectiveness of the proposed approach.


* The project page for this paper is available at http://min.sjtu.edu.cn/lwydemo/Dete/demo/detection.html 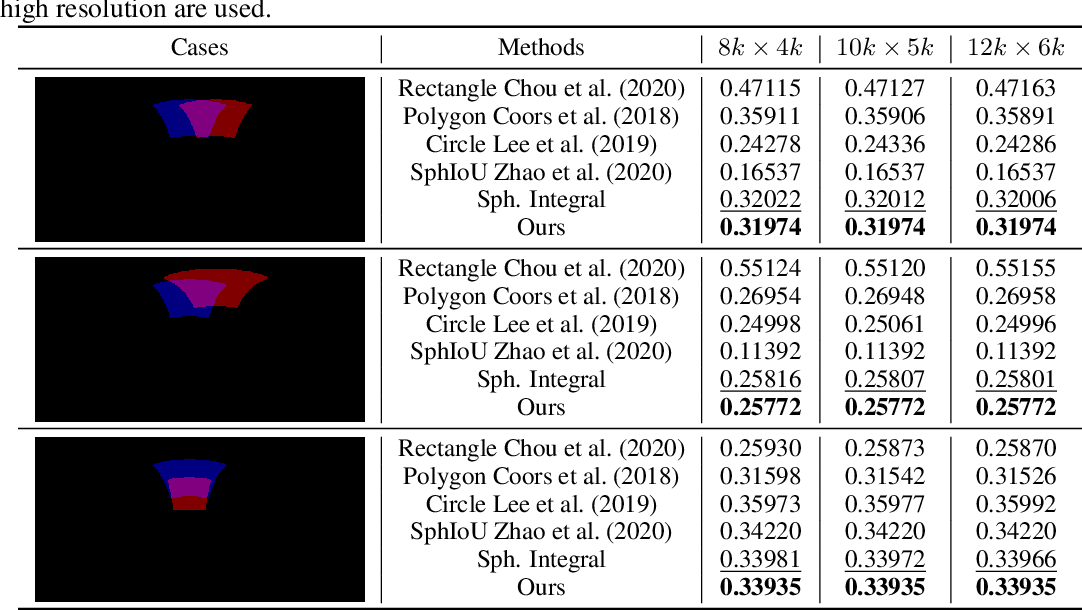 As one of the most fundamental and challenging problems in computer vision, object detection tries to locate object instances and find their categories in natural images. The most important step in the evaluation of object detection algorithm is calculating the intersection-over-union (IoU) between the predicted bounding box and the ground truth one. Although this procedure is well-defined and solved for planar images, it is not easy for spherical image object detection. Existing methods either compute the IoUs based on biased bounding box representations or make excessive approximations, thus would give incorrect results. In this paper, we first identify that spherical rectangles are unbiased bounding boxes for objects in spherical images, and then propose an analytical method for IoU calculation without any approximations. Based on the unbiased representation and calculation, we also present an anchor free object detection algorithm for spherical images. The experiments on two spherical object detection datasets show that the proposed method can achieve better performance than existing methods.

After learning a new object category from image-level annotations (with no object bounding boxes), humans are remarkably good at precisely localizing those objects. However, building good object localizers (i.e., detectors) currently requires expensive instance-level annotations. While some work has been done on learning detectors from weakly labeled samples (with only class labels), these detectors do poorly at localization. In this work, we show how to build better object detectors from weakly labeled images of new categories by leveraging knowledge learned from fully labeled base categories. We call this novel learning paradigm cross-supervised object detection. We propose a unified framework that combines a detection head trained from instance-level annotations and a recognition head learned from image-level annotations, together with a spatial correlation module that bridges the gap between detection and recognition. These contributions enable us to better detect novel objects with image-level annotations in complex multi-object scenes such as the COCO dataset. 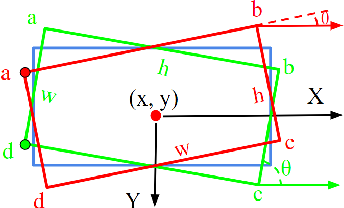 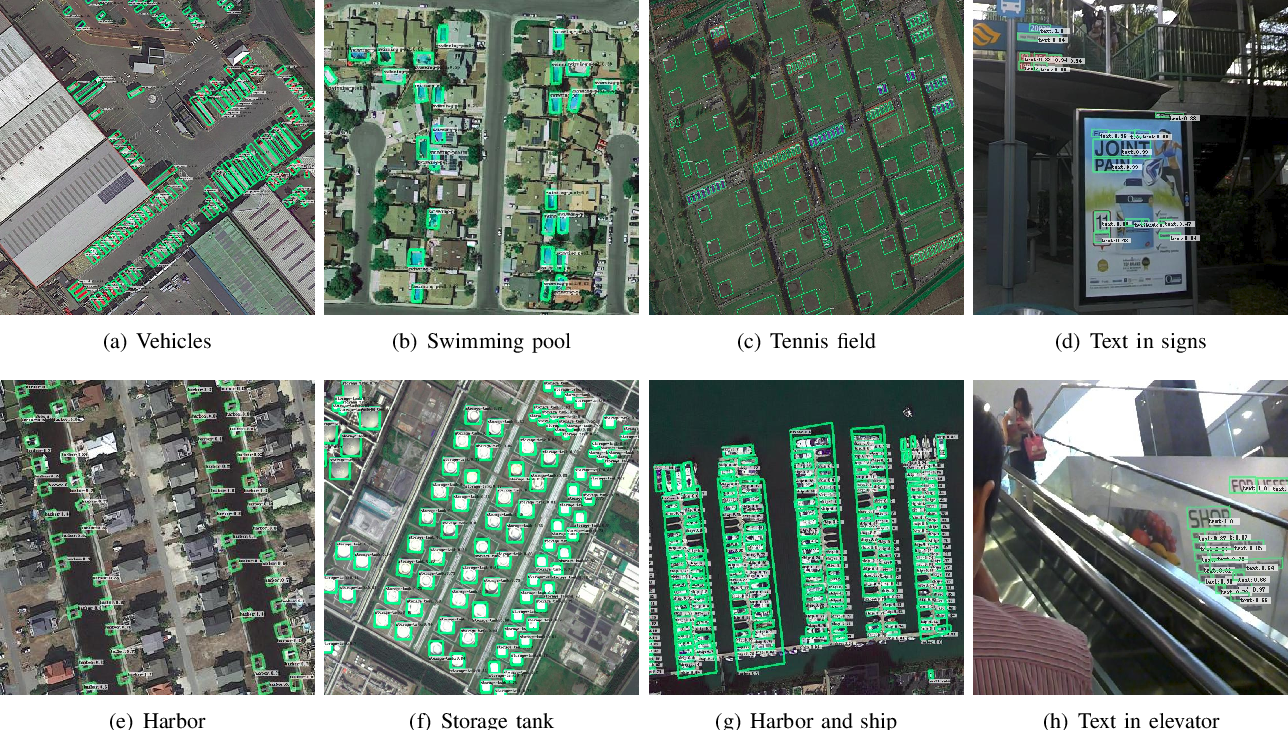 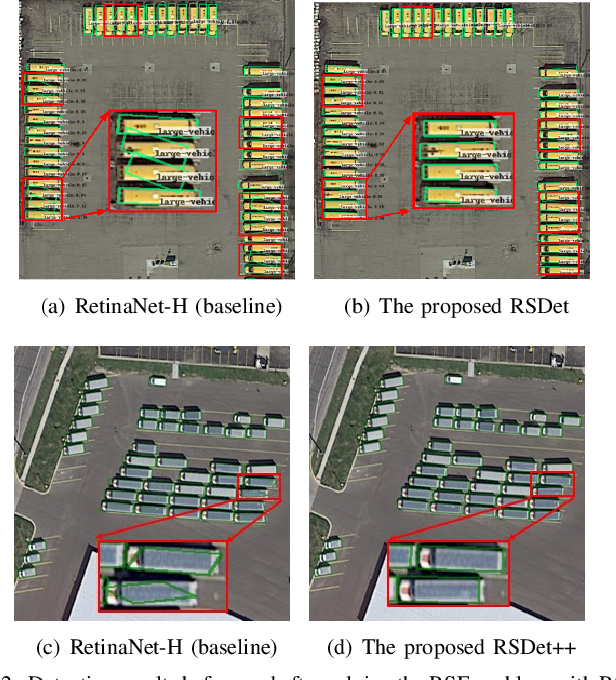 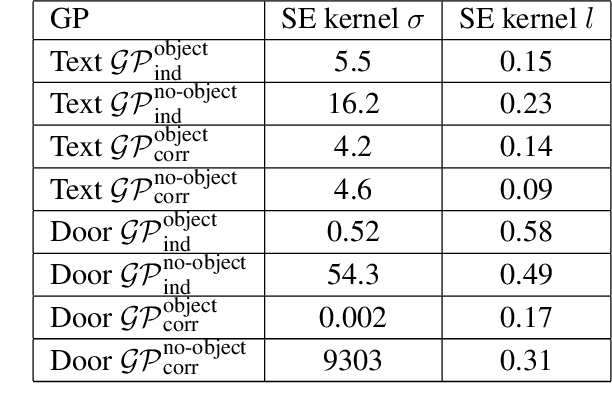 Today, mobile robots are expected to carry out increasingly complex tasks in multifarious, real-world environments. Often, the tasks require a certain semantic understanding of the workspace. Consider, for example, spoken instructions from a human collaborator referring to objects of interest; the robot must be able to accurately detect these objects to correctly understand the instructions. However, existing object detection, while competent, is not perfect. In particular, the performance of detection algorithms is commonly sensitive to the position of the sensor relative to the objects in the scene. This paper presents an online planning algorithm which learns an explicit model of the spatial dependence of object detection and generates plans which maximize the expected performance of the detection, and by extension the overall plan performance. Crucially, the learned sensor model incorporates spatial correlations between measurements, capturing the fact that successive measurements taken at the same or nearby locations are not independent. We show how this sensor model can be incorporated into an efficient forward search algorithm in the information space of detected objects, allowing the robot to generate motion plans efficiently. We investigate the performance of our approach by addressing the tasks of door and text detection in indoor environments and demonstrate significant improvement in detection performance during task execution over alternative methods in simulated and real robot experiments.

Convolutional Neural Networks achieve state-of-the-art accuracy in object detection tasks. However, they have large computational and energy requirements that challenge their deployment on resource-constrained edge devices. Object detection takes an image as an input, and identifies the existing object classes as well as their locations in the image. In this paper, we leverage the prior knowledge about the probabilities that different object categories can occur jointly to increase the efficiency of object detection models. In particular, our technique clusters the object categories based on their spatial co-occurrence probability. We use those clusters to design an adaptive network. During runtime, a branch controller decides which part(s) of the network to execute based on the spatial context of the input frame. Our experiments using COCO dataset show that our adaptive object detection model achieves up to 45% reduction in the energy consumption, and up to 27% reduction in the latency, with a small loss in the average precision (AP) of object detection.

Image-only and pseudo-LiDAR representations are commonly used for monocular 3D object detection. However, methods based on them have shortcomings of either not well capturing the spatial relationships in neighbored image pixels or being hard to handle the noisy nature of the monocular pseudo-LiDAR point cloud. To overcome these issues, in this paper we propose a novel object-centric voxel representation tailored for monocular 3D object detection. Specifically, voxels are built on each object proposal, and their sizes are adaptively determined by the 3D spatial distribution of the points, allowing the noisy point cloud to be organized effectively within a voxel grid. This representation is proved to be able to locate the object in 3D space accurately. Furthermore, prior works would like to estimate the orientation via deep features extracted from an entire image or a noisy point cloud. By contrast, we argue that the local RoI information from the object image patch alone with a proper resizing scheme is a better input as it provides complete semantic clues meanwhile excludes irrelevant interferences. Besides, we decompose the confidence mechanism in monocular 3D object detection by considering the relationship between 3D objects and the associated 2D boxes. Evaluated on KITTI, our method outperforms state-of-the-art methods by a large margin. The code will be made publicly available soon.

Remote Sensing Image Super-resolution and Object Detection: Benchmark and State of the Art 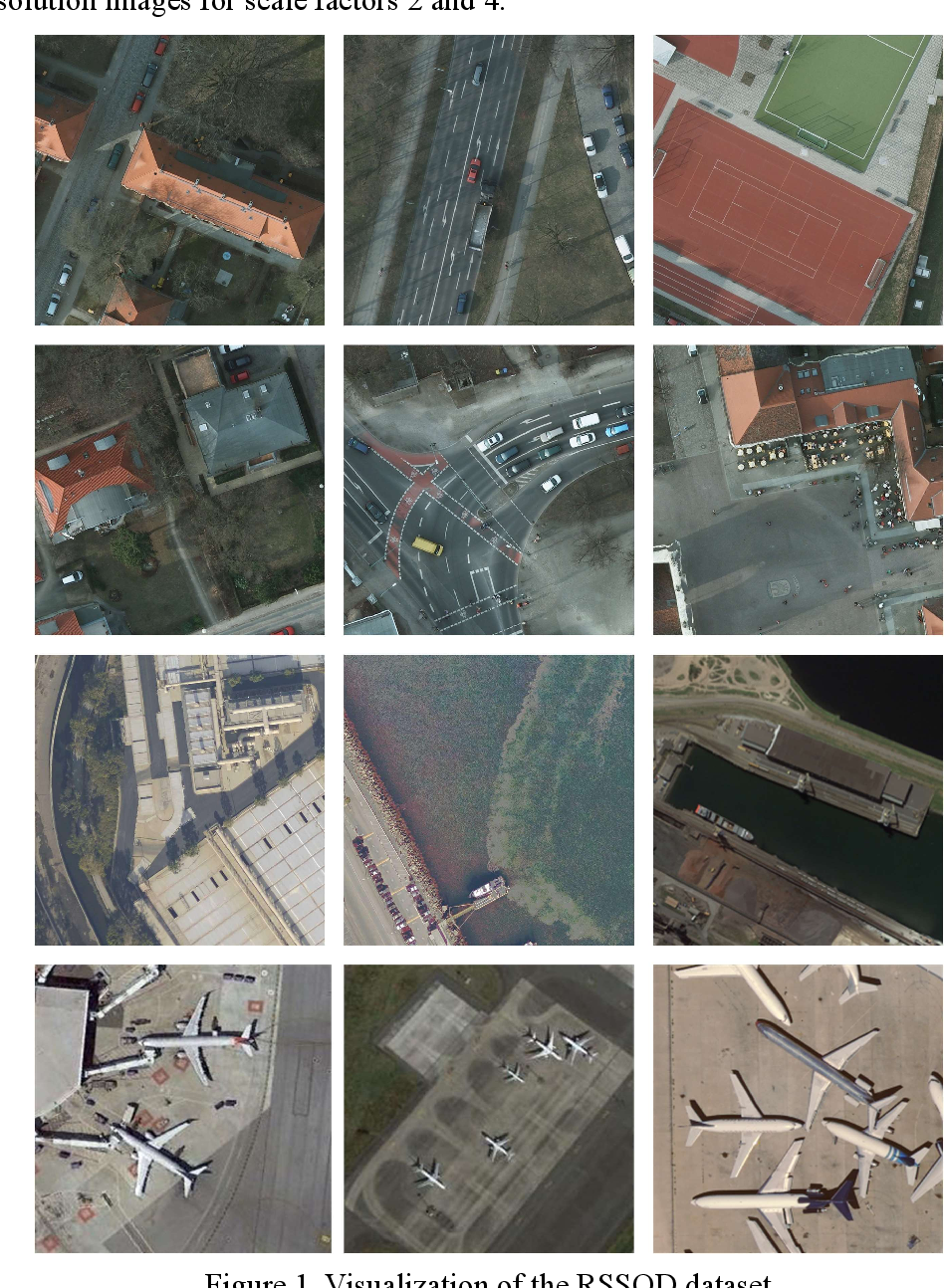 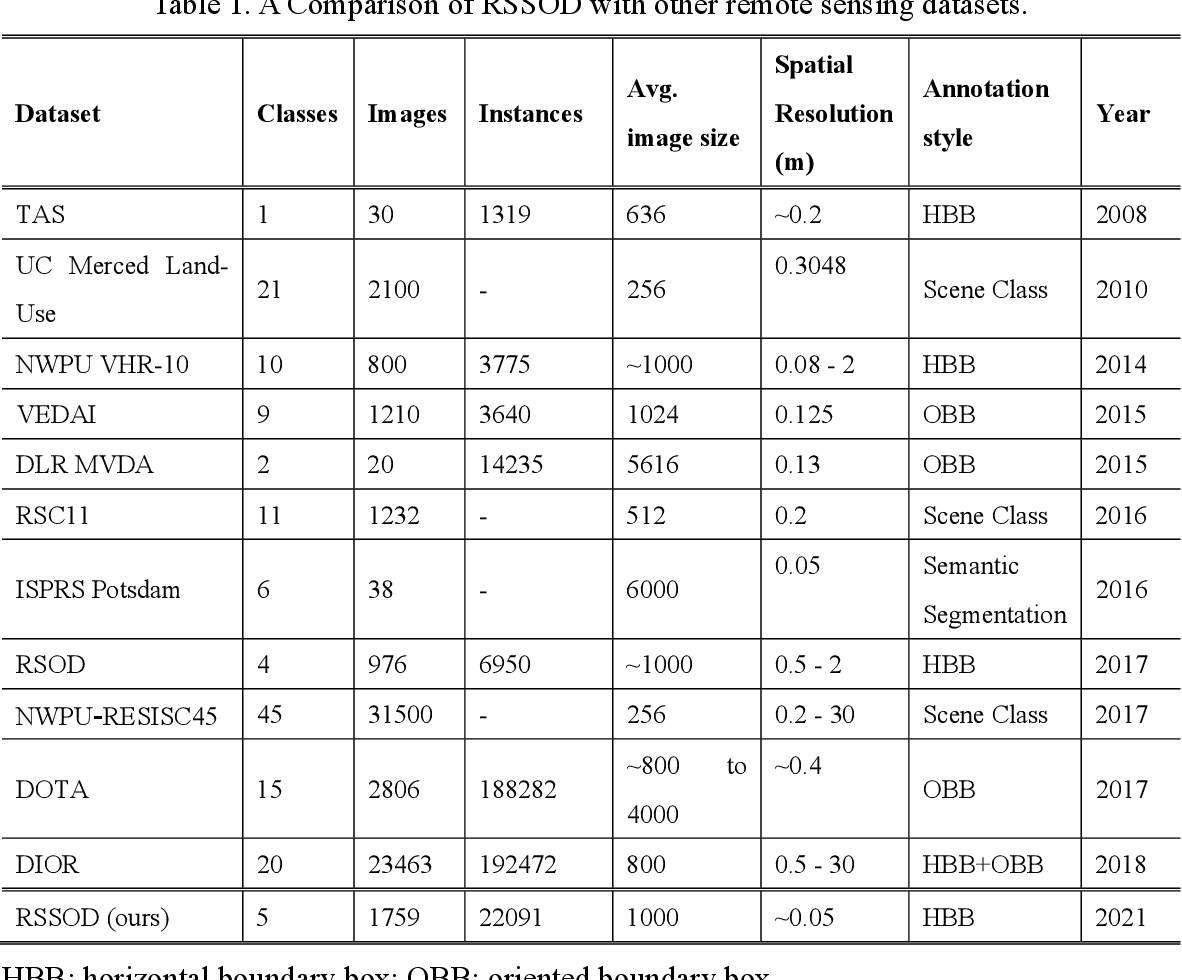 For the past two decades, there have been significant efforts to develop methods for object detection in Remote Sensing (RS) images. In most cases, the datasets for small object detection in remote sensing images are inadequate. Many researchers used scene classification datasets for object detection, which has its limitations; for example, the large-sized objects outnumber the small objects in object categories. Thus, they lack diversity; this further affects the detection performance of small object detectors in RS images. This paper reviews current datasets and object detection methods (deep learning-based) for remote sensing images. We also propose a large-scale, publicly available benchmark Remote Sensing Super-resolution Object Detection (RSSOD) dataset. The RSSOD dataset consists of 1,759 hand-annotated images with 22,091 instances of very high resolution (VHR) images with a spatial resolution of ~0.05 m. There are five classes with varying frequencies of labels per class. The image patches are extracted from satellite images, including real image distortions such as tangential scale distortion and skew distortion. We also propose a novel Multi-class Cyclic super-resolution Generative adversarial network with Residual feature aggregation (MCGR) and auxiliary YOLOv5 detector to benchmark image super-resolution-based object detection and compare with the existing state-of-the-art methods based on image super-resolution (SR). The proposed MCGR achieved state-of-the-art performance for image SR with an improvement of 1.2dB PSNR compared to the current state-of-the-art NLSN method. MCGR achieved best object detection mAPs of 0.758, 0.881, 0.841, and 0.983, respectively, for five-class, four-class, two-class, and single classes, respectively surpassing the performance of the state-of-the-art object detectors YOLOv5, EfficientDet, Faster RCNN, SSD, and RetinaNet. 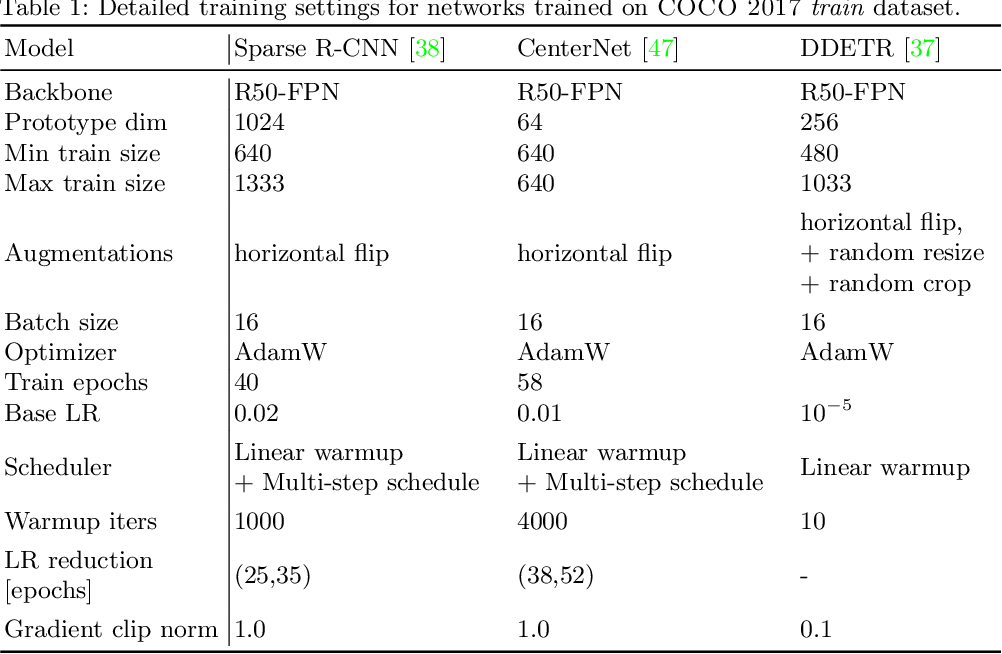 Object detection, for the most part, has been formulated in the euclidean space, where euclidean or spherical geodesic distances measure the similarity of an image region to an object class prototype. In this work, we study whether a hyperbolic geometry better matches the underlying structure of the object classification space. We incorporate a hyperbolic classifier in two-stage, keypoint-based, and transformer-based object detection architectures and evaluate them on large-scale, long-tailed, and zero-shot object detection benchmarks. In our extensive experimental evaluations, we observe categorical class hierarchies emerging in the structure of the classification space, resulting in lower classification errors and boosting the overall object detection performance. 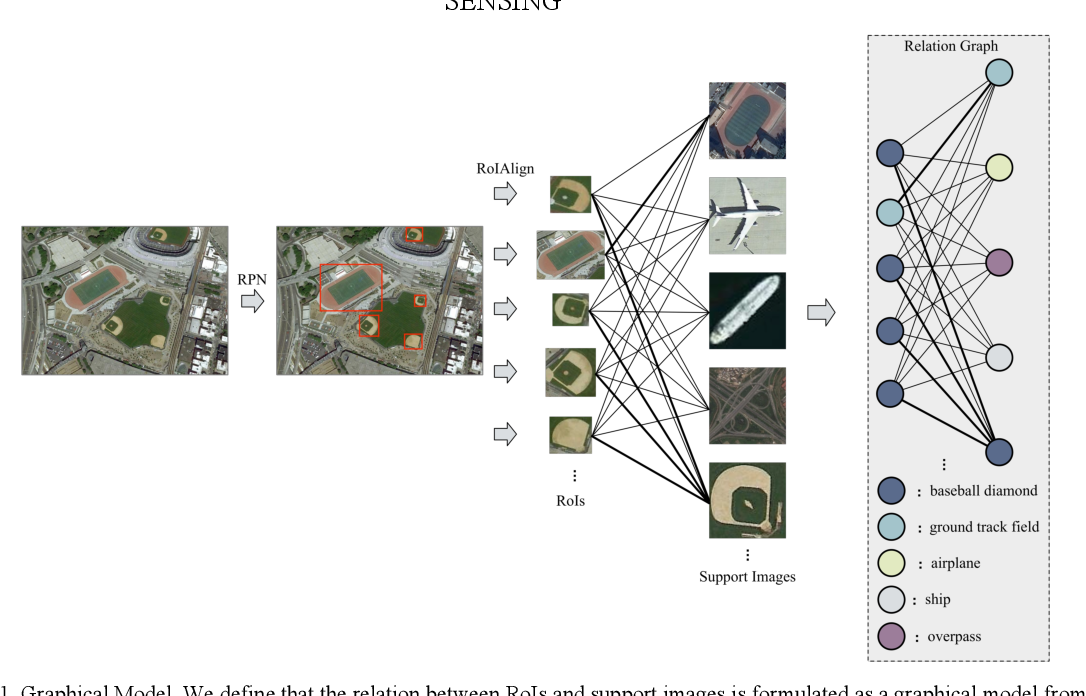 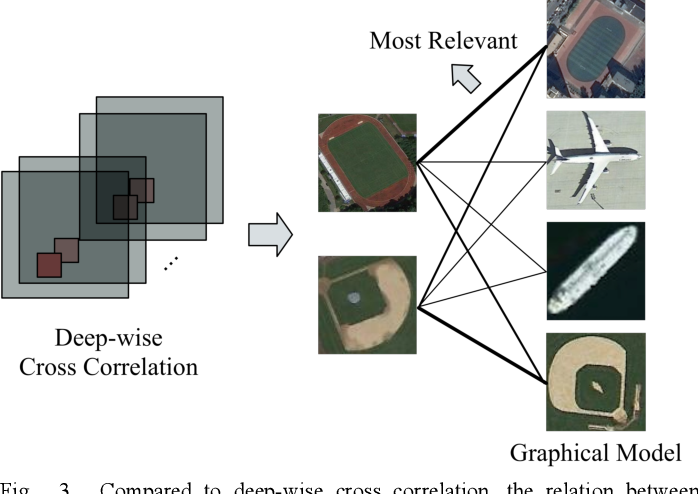 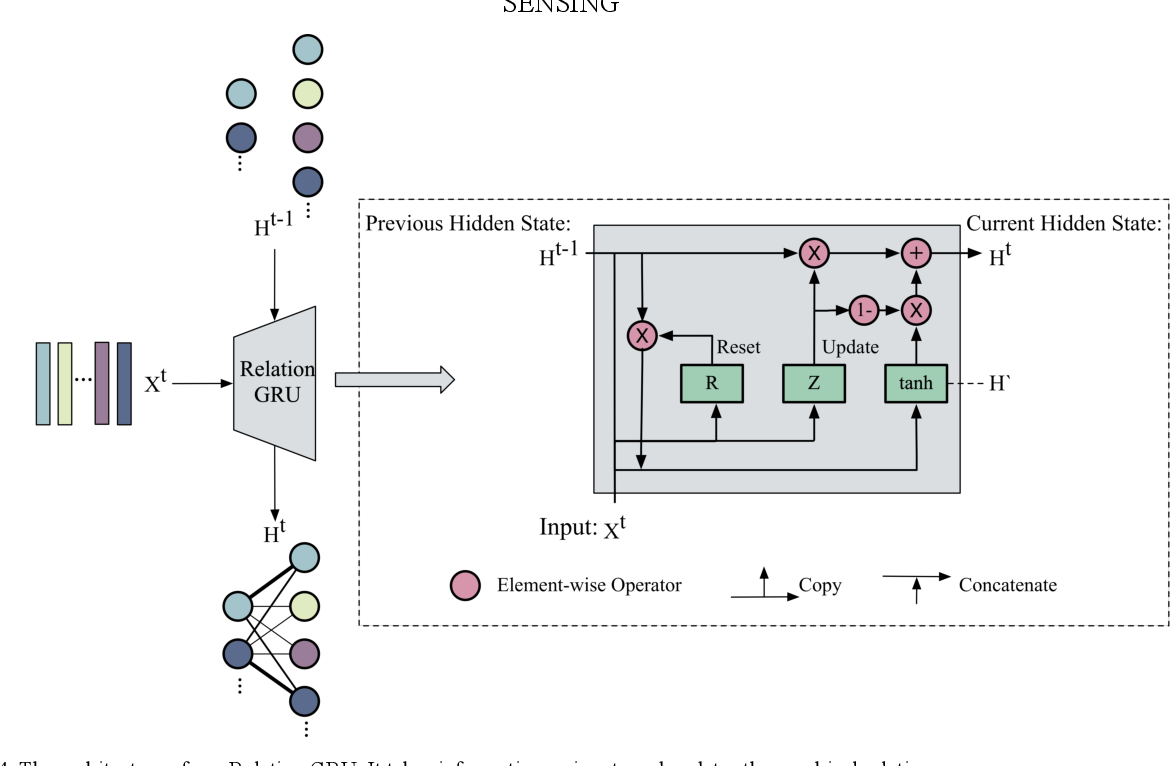 In remote sensing field, there are many applications of object detection in recent years, which demands a great number of labeled data. However, we may be faced with some cases where only limited data are available. In this paper, we proposed a few-shot object detector which is designed for detecting novel objects provided with only a few examples. Particularly, in order to fit the object detection settings, our proposed few-shot detector concentrates on the relations that lie in the level of objects instead of the full image with the assistance of Self-Adaptive Attention Network (SAAN). The SAAN can fully leverage the object-level relations through a relation GRU unit and simultaneously attach attention on object features in a self-adaptive way according to the object-level relations to avoid some situations where the additional attention is useless or even detrimental. Eventually, the detection results are produced from the features that are added with attention and thus are able to be detected simply. The experiments demonstrate the effectiveness of the proposed method in few-shot scenes.