This paper addresses the problem of mobile robot manipulation of novel objects via detection. Our approach uses vision and control as complementary functions that learn from real-world tasks. We develop a manipulation method based solely on detection then introduce task-focused few-shot object detection to learn new objects and settings. The current paradigm for few-shot object detection uses existing annotated examples. In contrast, we extend this paradigm by using active data collection and annotation selection that improves performance for specific downstream tasks (e.g., depth estimation and grasping). In experiments for our interactive approach to few-shot learning, we train a robot to manipulate objects directly from detection (ClickBot). ClickBot learns visual servo control from a single click of annotation, grasps novel objects in clutter and other settings, and achieves state-of-the-art results on an existing visual servo control and depth estimation benchmark. Finally, we establish a task-focused few-shot object detection benchmark to support future research: https://github.com/griffbr/TFOD. 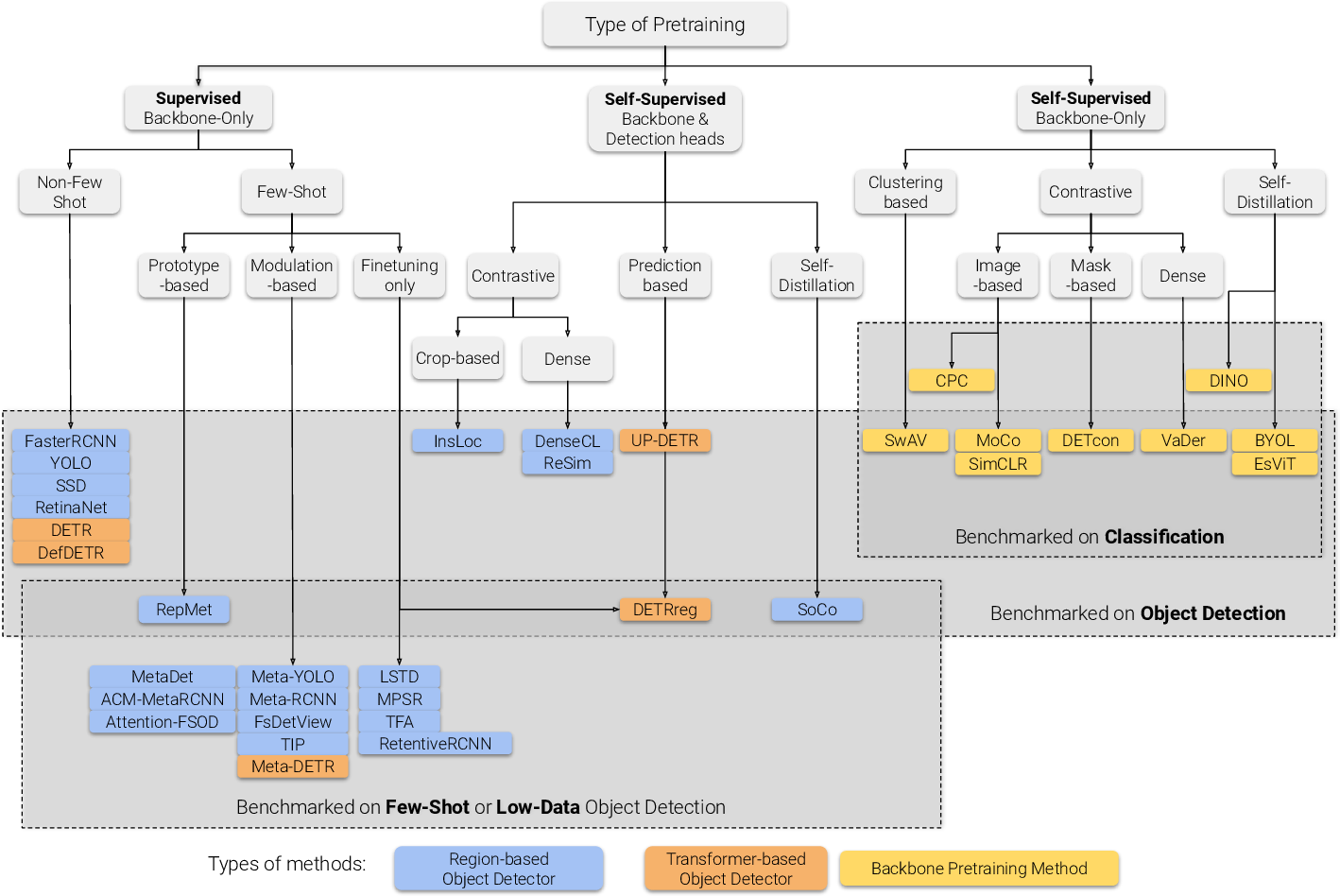 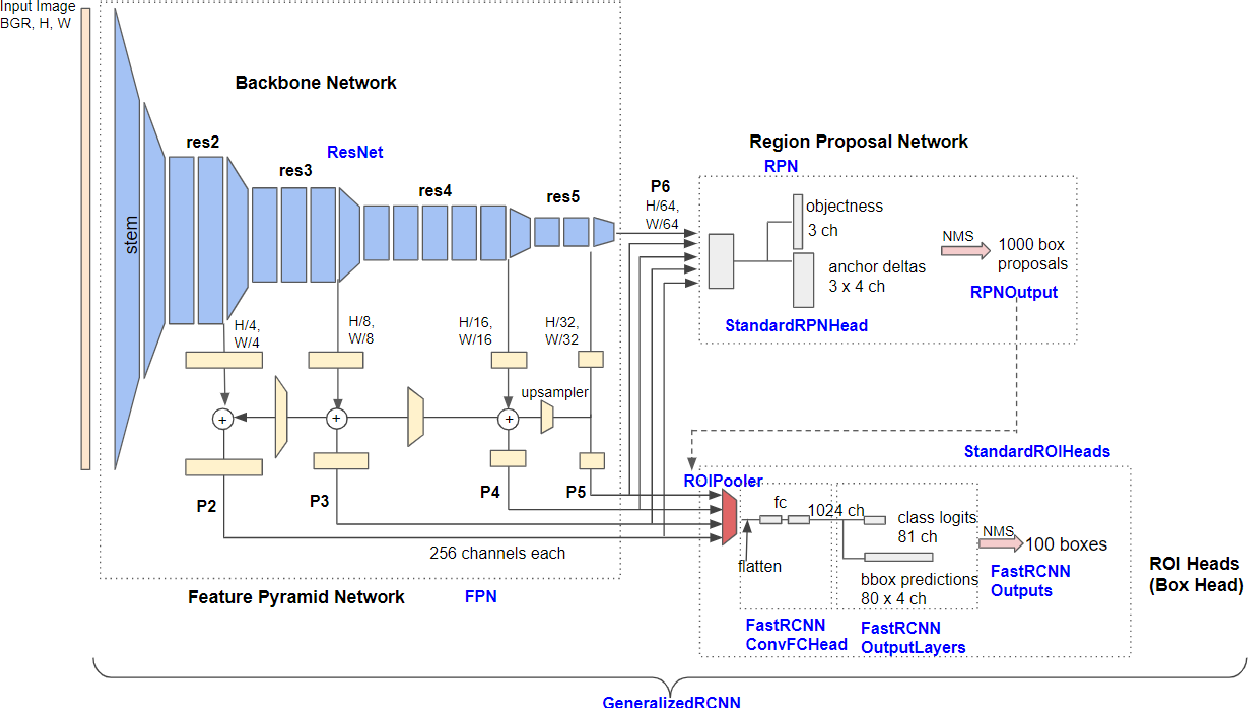 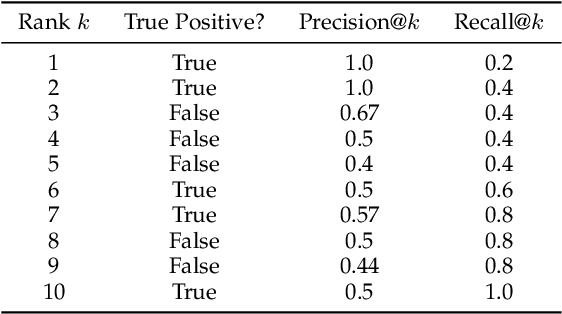 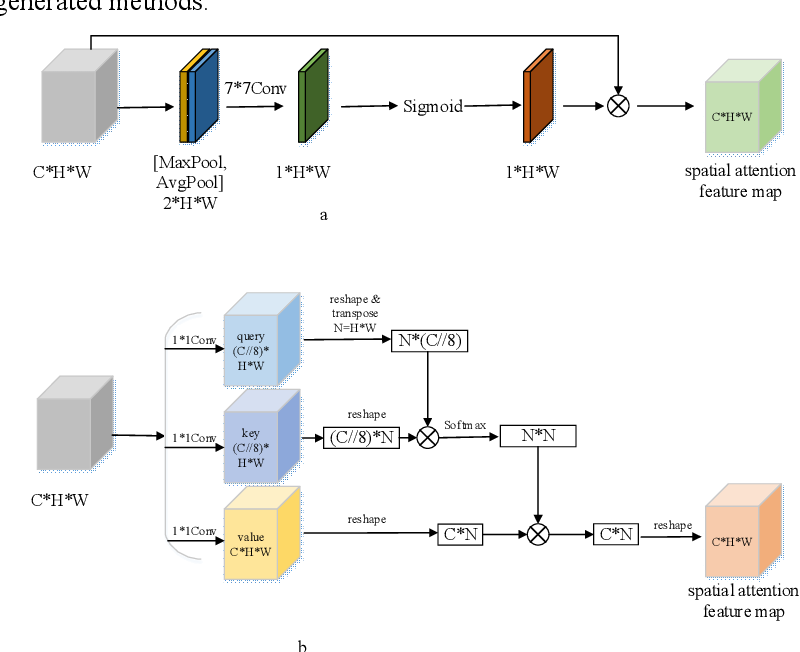 As the scale of object detection dataset is smaller than that of image recognition dataset ImageNet, transfer learning has become a basic training method for deep learning object detection models, which will pretrain the backbone network of object detection model on ImageNet dataset to extract features for classification and localization subtasks. However, the classification task focuses on the salient region features of object, while the location task focuses on the edge features of object, so there is certain deviation between the features extracted by pretrained backbone network and the features used for localization task. In order to solve this problem, a decoupled self attention(DSA) module is proposed for one stage object detection models in this paper. DSA includes two decoupled self-attention branches, so it can extract appropriate features for different tasks. It is located between FPN and head networks of subtasks, so it is used to extract global features based on FPN fused features for different tasks independently. Although the network of DSA module is simple, but it can effectively improve the performance of object detection, also it can be easily embedded in many detection models. Our experiments are based on the representative one-stage detection model RetinaNet. In COCO dataset, when ResNet50 and ResNet101 are used as backbone networks, the detection performances can be increased by 0.4% AP and 0.5% AP respectively. When DSA module and object confidence task are applied in RetinaNet together, the detection performances based on ResNet50 and ResNet101 can be increased by 1.0% AP and 1.4% AP respectively. The experiment results show the effectiveness of DSA module. 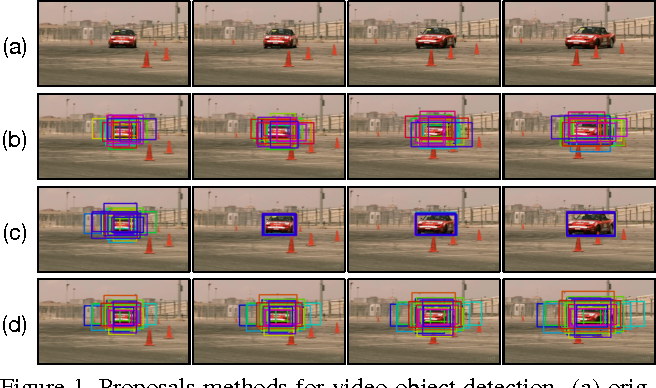 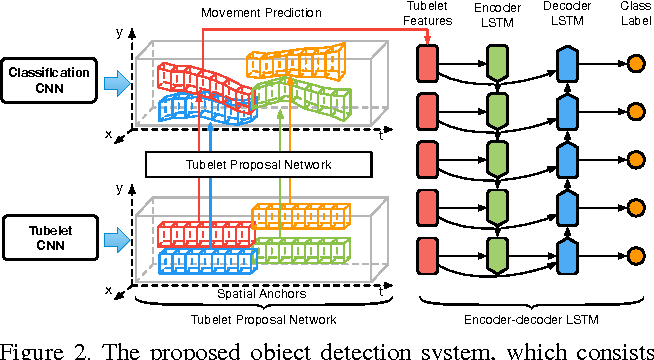 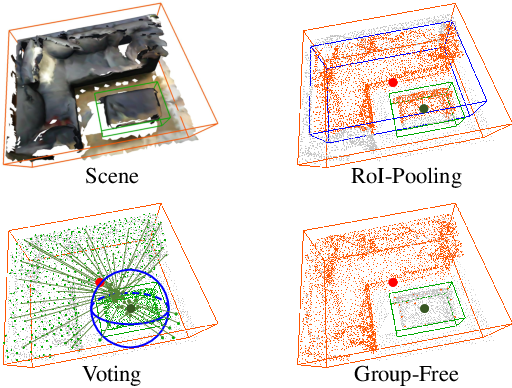 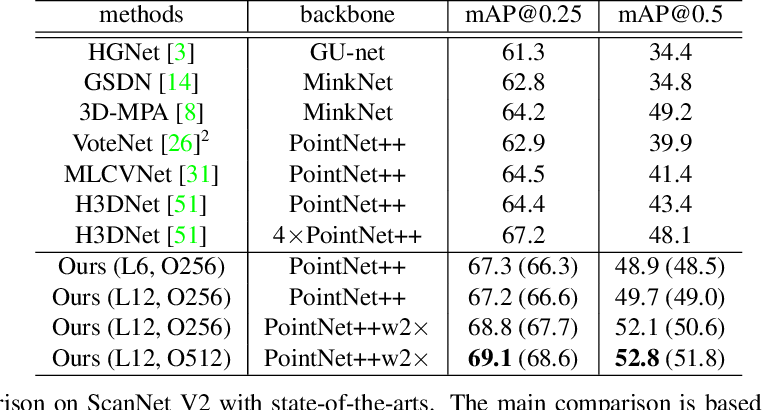 Recently, directly detecting 3D objects from 3D point clouds has received increasing attention. To extract object representation from an irregular point cloud, existing methods usually take a point grouping step to assign the points to an object candidate so that a PointNet-like network could be used to derive object features from the grouped points. However, the inaccurate point assignments caused by the hand-crafted grouping scheme decrease the performance of 3D object detection. In this paper, we present a simple yet effective method for directly detecting 3D objects from the 3D point cloud. Instead of grouping local points to each object candidate, our method computes the feature of an object from all the points in the point cloud with the help of an attention mechanism in the Transformers \cite{vaswani2017attention}, where the contribution of each point is automatically learned in the network training. With an improved attention stacking scheme, our method fuses object features in different stages and generates more accurate object detection results. With few bells and whistles, the proposed method achieves state-of-the-art 3D object detection performance on two widely used benchmarks, ScanNet V2 and SUN RGB-D. The code and models are publicly available at \url{https://github.com/zeliu98/Group-Free-3D} 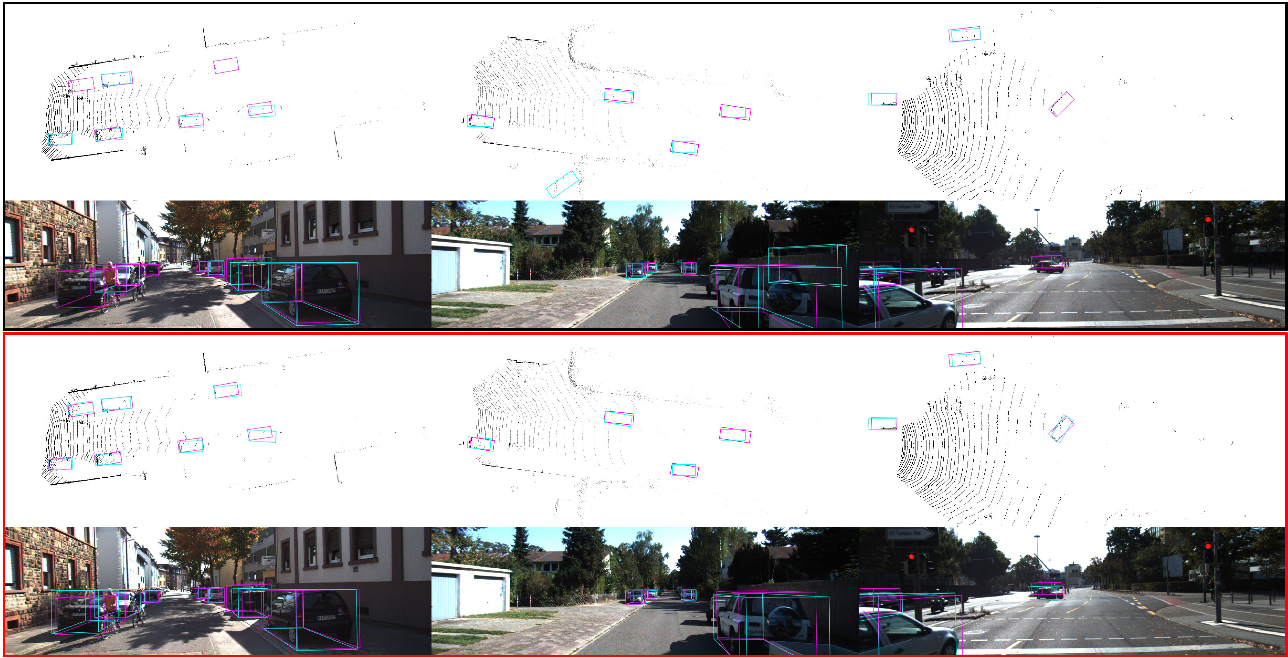 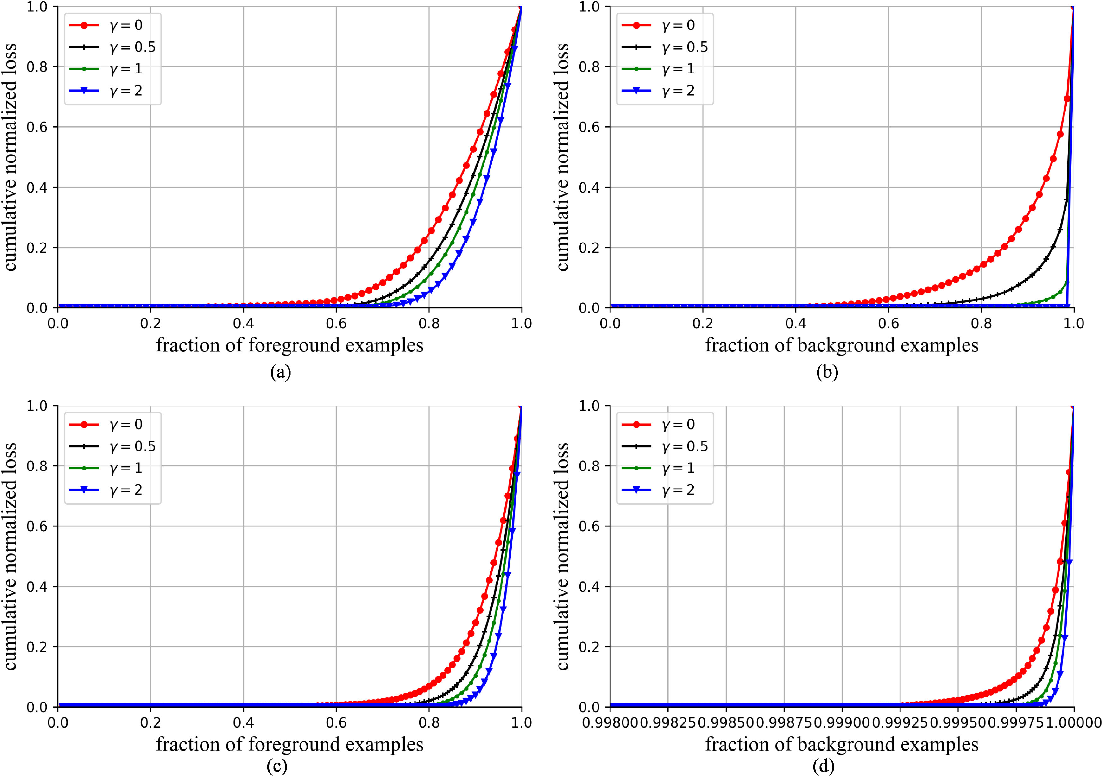 3D object detection is still an open problem in autonomous driving scenes. Robots recognize and localize key objects from sparse inputs, and suffer from a larger continuous searching space as well as serious fore-background imbalance compared to the image-based detection. In this paper, we try to solve the fore-background imbalance in the 3D object detection task. Inspired by the recent improvement of focal loss on image-based detection which is seen as a hard-mining improvement of binary cross entropy, we extend it to point-cloud-based object detection and conduct experiments to show its performance based on two different type of 3D detectors: 3D-FCN and VoxelNet. The results show up to 11.2 AP gains from focal loss in a wide range of hyperparameters in 3D object detection. Our code is available at https://github.com/pyun-ram/FL3D.


* Our code is available at https://github.com/pyun-ram/FL3D 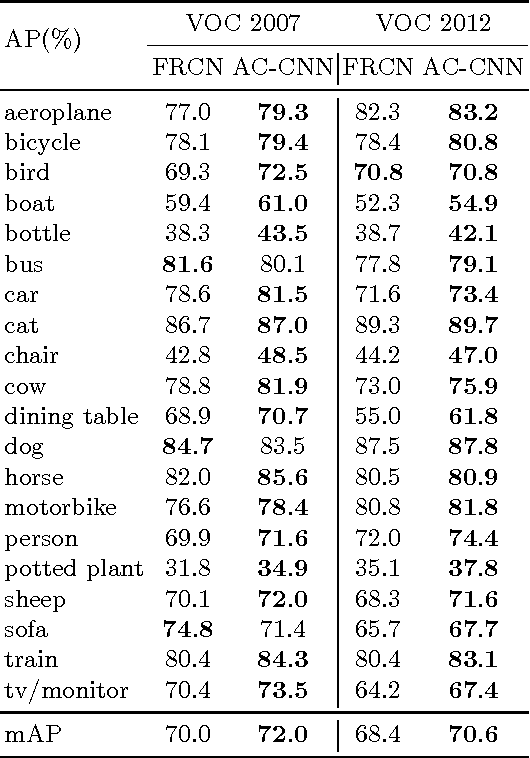 Modern deep neural network based object detection methods typically classify candidate proposals using their interior features. However, global and local surrounding contexts that are believed to be valuable for object detection are not fully exploited by existing methods yet. In this work, we take a step towards understanding what is a robust practice to extract and utilize contextual information to facilitate object detection in practice. Specifically, we consider the following two questions: "how to identify useful global contextual information for detecting a certain object?" and "how to exploit local context surrounding a proposal for better inferring its contents?". We provide preliminary answers to these questions through developing a novel Attention to Context Convolution Neural Network (AC-CNN) based object detection model. AC-CNN effectively incorporates global and local contextual information into the region-based CNN (e.g. Fast RCNN) detection model and provides better object detection performance. It consists of one attention-based global contextualized (AGC) sub-network and one multi-scale local contextualized (MLC) sub-network. To capture global context, the AGC sub-network recurrently generates an attention map for an input image to highlight useful global contextual locations, through multiple stacked Long Short-Term Memory (LSTM) layers. For capturing surrounding local context, the MLC sub-network exploits both the inside and outside contextual information of each specific proposal at multiple scales. The global and local context are then fused together for making the final decision for detection. Extensive experiments on PASCAL VOC 2007 and VOC 2012 well demonstrate the superiority of the proposed AC-CNN over well-established baselines. In particular, AC-CNN outperforms the popular Fast-RCNN by 2.0% and 2.2% on VOC 2007 and VOC 2012 in terms of mAP, respectively.

Despite substantial progress in object detection and few-shot learning, detecting objects based on a single example - one-shot object detection - remains a challenge: trained models exhibit a substantial generalization gap, where object categories used during training are detected much more reliably than novel ones. Here we show that this generalization gap can be nearly closed by increasing the number of object categories used during training. Our results show that the models switch from memorizing individual categories to learning object similarity over the category distribution, enabling strong generalization at test time. Importantly, in this regime standard methods to improve object detection models like stronger backbones or longer training schedules also benefit novel categories, which was not the case for smaller datasets like COCO. Our results suggest that the key to strong few-shot detection models may not lie in sophisticated metric learning approaches, but instead in scaling the number of categories. Future data annotation efforts should therefore focus on wider datasets and annotate a larger number of categories rather than gathering more images or instances per category. 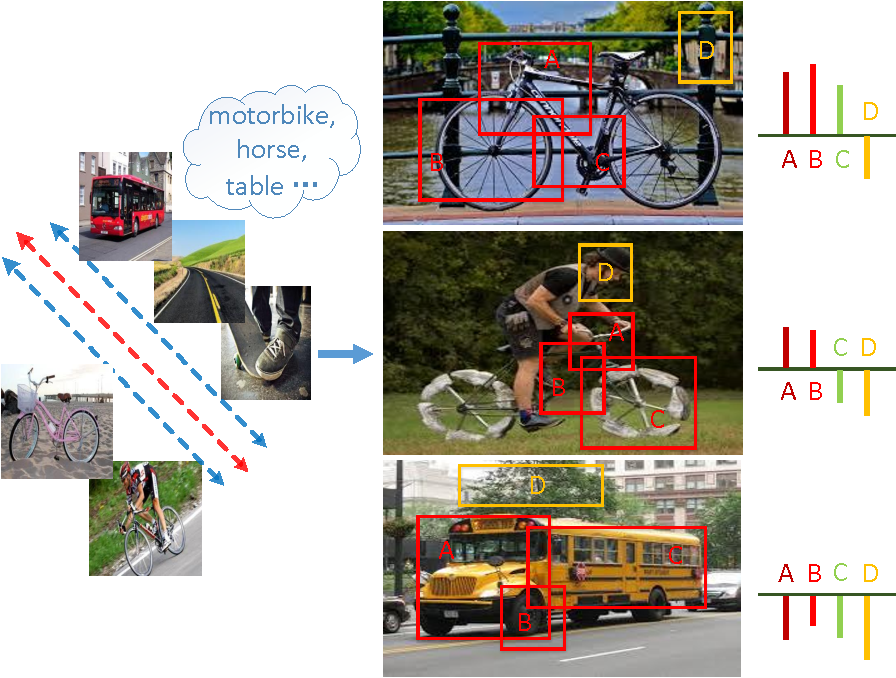 In this work, we study the challenging problem of identifying the irregular status of objects from images in an "open world" setting, that is, distinguishing the irregular status of an object category from its regular status as well as objects from other categories in the absence of "irregular object" training data. To address this problem, we propose a novel approach by inspecting the distribution of the detection scores at multiple image regions based on the detector trained from the "regular object" and "other objects". The key observation motivating our approach is that for "regular object" images as well as "other objects" images, the region-level scores follow their own essential patterns in terms of both the score values and the spatial distributions while the detection scores obtained from an "irregular object" image tend to break these patterns. To model this distribution, we propose to use Gaussian Processes (GP) to construct two separate generative models for the case of the "regular object" and the "other objects". More specifically, we design a new covariance function to simultaneously model the detection score at a single region and the score dependencies at multiple regions. We finally demonstrate the superior performance of our method on a large dataset newly proposed in this paper.