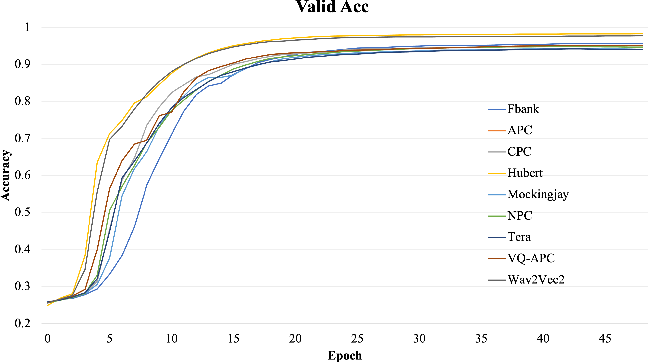 Self-supervised pretraining on speech data has achieved a lot of progress. High-fidelity representation of the speech signal is learned from a lot of untranscribed data and shows promising performance. Recently, there are several works focusing on evaluating the quality of self-supervised pretrained representations on various tasks without domain restriction, e.g. SUPERB. However, such evaluations do not provide a comprehensive comparison among many ASR benchmark corpora. In this paper, we focus on the general applications of pretrained speech representations, on advanced end-to-end automatic speech recognition (E2E-ASR) models. We select several pretrained speech representations and present the experimental results on various open-source and publicly available corpora for E2E-ASR. Without any modification of the back-end model architectures or training strategy, some of the experiments with pretrained representations, e.g., WSJ, WSJ0-2mix with HuBERT, reach or outperform current state-of-the-art (SOTA) recognition performance. Moreover, we further explore more scenarios for whether the pretraining representations are effective, such as the cross-language or overlapped speech. The scripts, configuratons and the trained models have been released in ESPnet to let the community reproduce our experiments and improve them.

Training a robust Automatic Speech Recognition (ASR) system for children's speech recognition is a challenging task due to inherent differences in acoustic attributes of adult and child speech and scarcity of publicly available children's speech dataset. In this paper, a novel segmental spectrum warping and perturbations in formant energy are introduced, to generate a children-like speech spectrum from that of an adult's speech spectrum. Then, this modified adult spectrum is used as augmented data to improve end-to-end ASR systems for children's speech recognition. The proposed data augmentation methods give 6.5% and 6.1% relative reduction in WER on children dev and test sets respectively, compared to the vocal tract length perturbation (VTLP) baseline system trained on Librispeech 100 hours adult speech dataset. When children's speech data is added in training with Librispeech set, it gives a 3.7 % and 5.1% relative reduction in WER, compared to the VTLP baseline system. 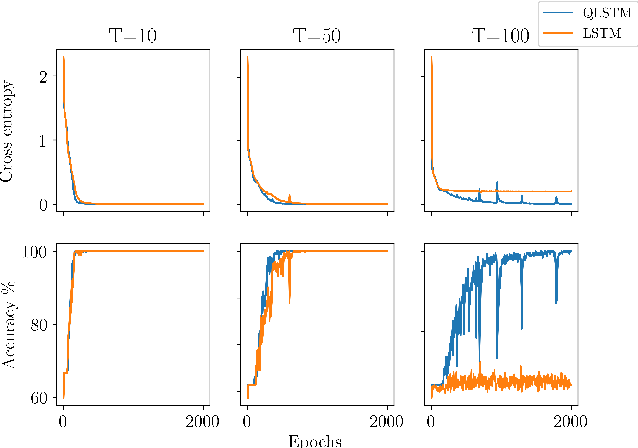 Recurrent neural networks (RNN) are at the core of modern automatic speech recognition (ASR) systems. In particular, long-short term memory (LSTM) recurrent neural networks have achieved state-of-the-art results in many speech recognition tasks, due to their efficient representation of long and short term dependencies in sequences of inter-dependent features. Nonetheless, internal dependencies within the element composing multidimensional features are weakly considered by traditional real-valued representations. We propose a novel quaternion long-short term memory (QLSTM) recurrent neural network that takes into account both the external relations between the features composing a sequence, and these internal latent structural dependencies with the quaternion algebra. QLSTMs are compared to LSTMs during a memory copy-task and a realistic application of speech recognition on the Wall Street Journal (WSJ) dataset. QLSTM reaches better performances during the two experiments with up to $2.8$ times less learning parameters, leading to a more expressive representation of the information. 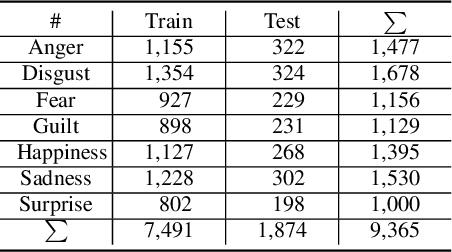 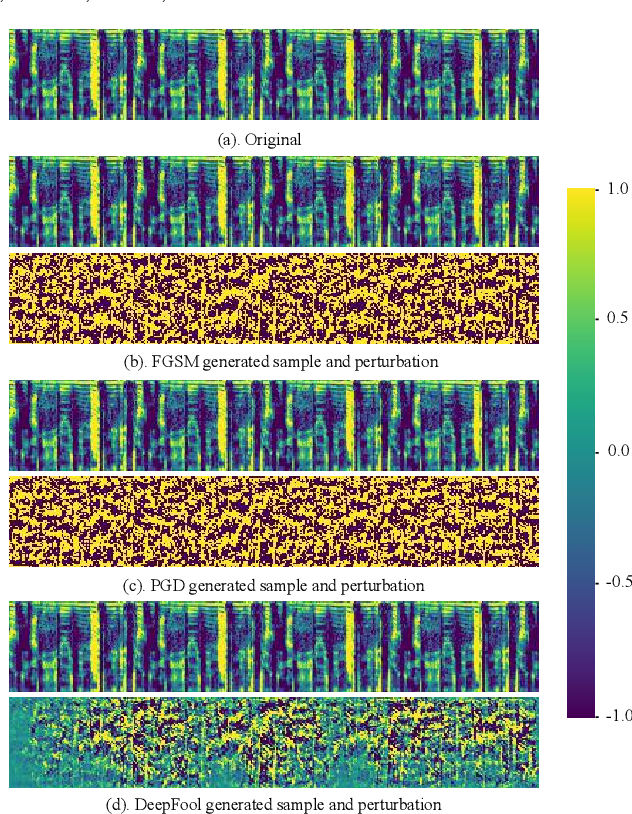 Due to the development of machine learning and speech processing, speech emotion recognition has been a popular research topic in recent years. However, the speech data cannot be protected when it is uploaded and processed on servers in the internet-of-things applications of speech emotion recognition. Furthermore, deep neural networks have proven to be vulnerable to human-indistinguishable adversarial perturbations. The adversarial attacks generated from the perturbations may result in deep neural networks wrongly predicting the emotional states. We propose a novel federated adversarial learning framework for protecting both data and deep neural networks. The proposed framework consists of i) federated learning for data privacy, and ii) adversarial training at the training stage and randomisation at the testing stage for model robustness. The experiments show that our proposed framework can effectively protect the speech data locally and improve the model robustness against a series of adversarial attacks.

Optimizing Speech Recognition For The Edge 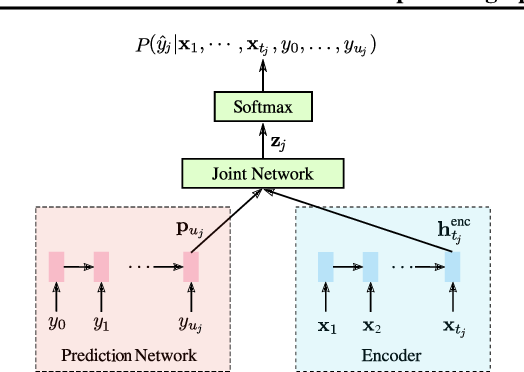 While most deployed speech recognition systems today still run on servers, we are in the midst of a transition towards deployments on edge devices. This leap to the edge is powered by the progression from traditional speech recognition pipelines to end-to-end (E2E) neural architectures, and the parallel development of more efficient neural network topologies and optimization techniques. Thus, we are now able to create highly accurate speech recognizers that are both small and fast enough to execute on typical mobile devices. In this paper, we begin with a baseline RNN-Transducer architecture comprised of Long Short-Term Memory (LSTM) layers. We then experiment with a variety of more computationally efficient layer types, as well as apply optimization techniques like neural connection pruning and parameter quantization to construct a small, high quality, on-device speech recognizer that is an order of magnitude smaller than the baseline system without any optimizations. 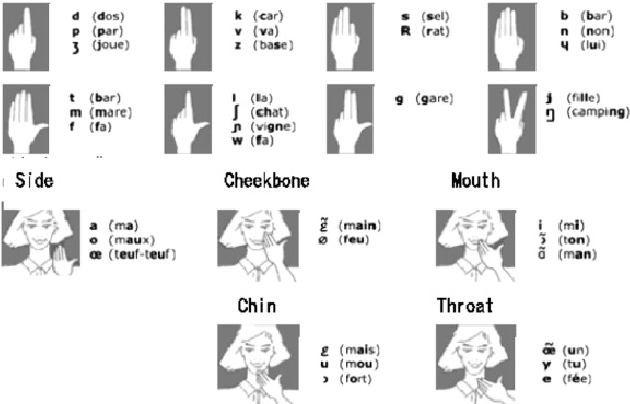 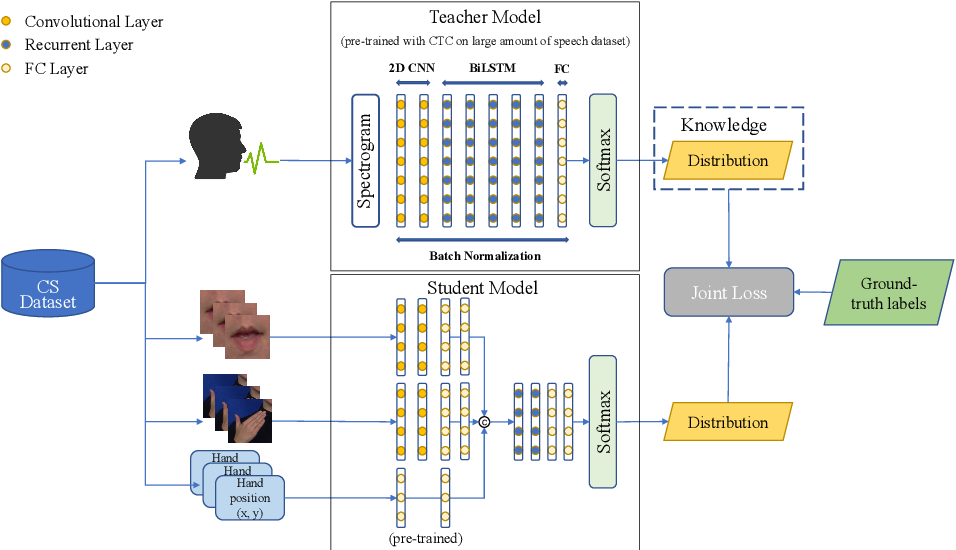 Cued Speech (CS) is a visual communication system for the deaf or hearing impaired people. It combines lip movements with hand cues to obtain a complete phonetic repertoire. Current deep learning based methods on automatic CS recognition suffer from a common problem, which is the data scarcity. Until now, there are only two public single speaker datasets for French (238 sentences) and British English (97 sentences). In this work, we propose a cross-modal knowledge distillation method with teacher-student structure, which transfers audio speech information to CS to overcome the limited data problem. Firstly, we pretrain a teacher model for CS recognition with a large amount of open source audio speech data, and simultaneously pretrain the feature extractors for lips and hands using CS data. Then, we distill the knowledge from teacher model to the student model with frame-level and sequence-level distillation strategies. Importantly, for frame-level, we exploit multi-task learning to weigh losses automatically, to obtain the balance coefficient. Besides, we establish a five-speaker British English CS dataset for the first time. The proposed method is evaluated on French and British English CS datasets, showing superior CS recognition performance to the state-of-the-art (SOTA) by a large margin. 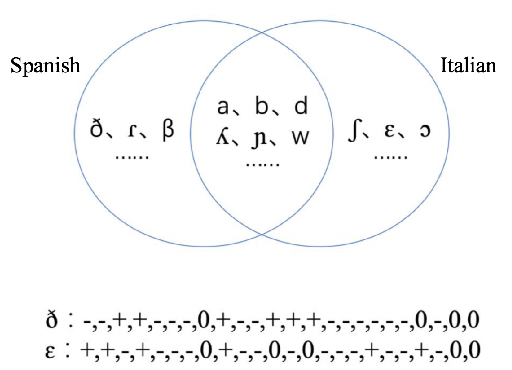 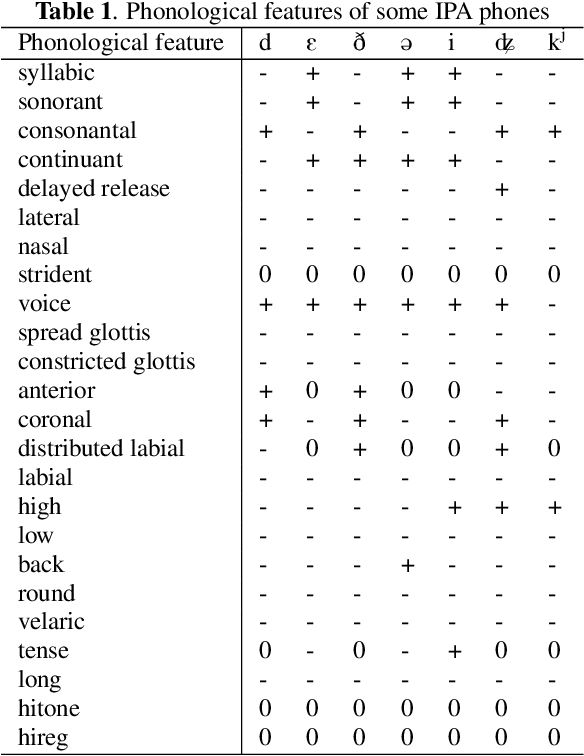 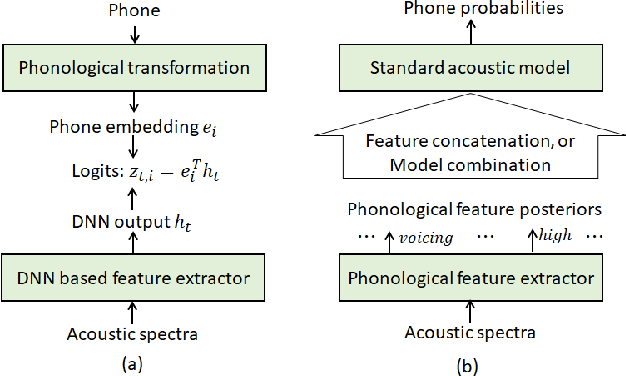 The use of phonological features (PFs) potentially allows language-specific phones to remain linked in training, which is highly desirable for information sharing for multilingual and crosslingual speech recognition methods for low-resourced languages. A drawback suffered by previous methods in using phonological features is that the acoustic-to-PF extraction in a bottom-up way is itself difficult. In this paper, we propose to join phonology driven phone embedding (top-down) and deep neural network (DNN) based acoustic feature extraction (bottom-up) to calculate phone probabilities. The new method is called JoinAP (Joining of Acoustics and Phonology). Remarkably, no inversion from acoustics to phonological features is required for speech recognition. For each phone in the IPA (International Phonetic Alphabet) table, we encode its phonological features to a phonological-vector, and then apply linear or nonlinear transformation of the phonological-vector to obtain the phone embedding. A series of multilingual and crosslingual (both zero-shot and few-shot) speech recognition experiments are conducted on the CommonVoice dataset (German, French, Spanish and Italian) and the AISHLL-1 dataset (Mandarin), and demonstrate the superiority of JoinAP with nonlinear phone embeddings over both JoinAP with linear phone embeddings and the traditional method with flat phone embeddings. 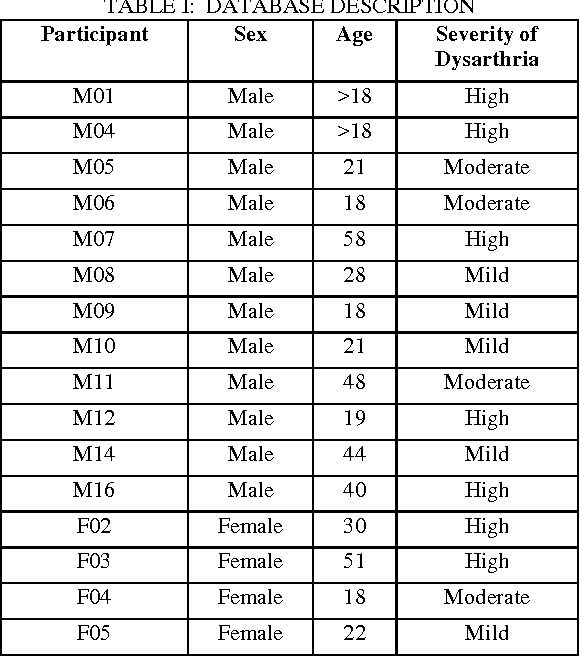 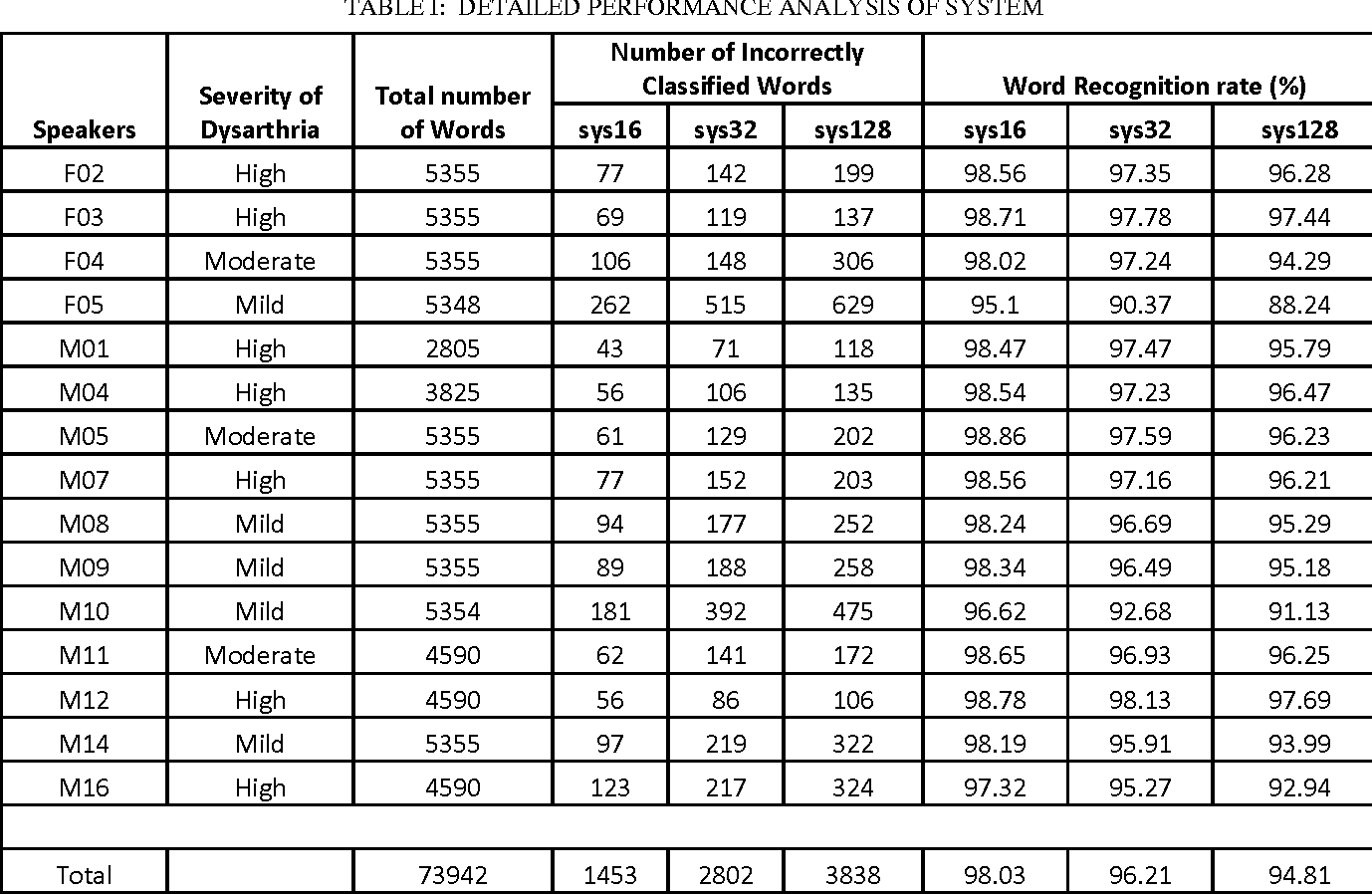 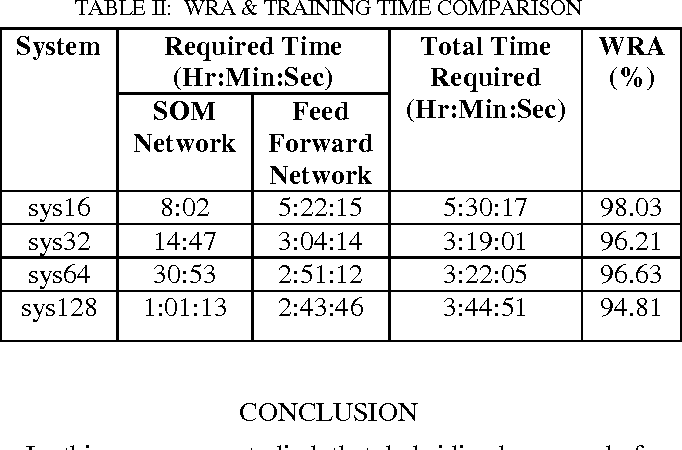 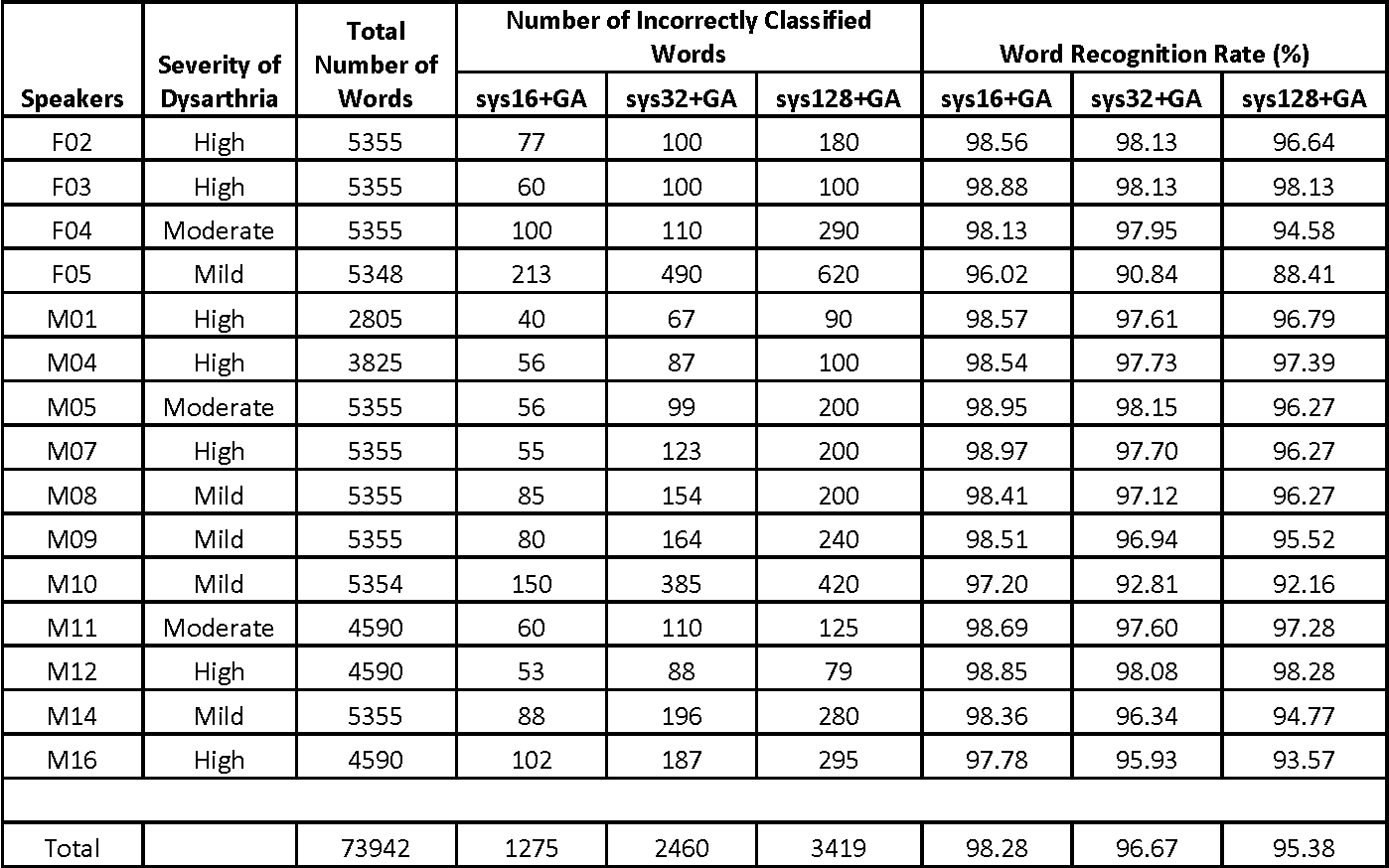 Dysarthria is malfunctioning of motor speech caused by faintness in the human nervous system. It is characterized by the slurred speech along with physical impairment which restricts their communication and creates the lack of confidence and affects the lifestyle. This paper attempt to increase the efficiency of Automatic Speech Recognition (ASR) system for unimpaired speech signal. It describes state of art of research into improving ASR for speakers with dysarthria by means of incorporated knowledge of their speech production. Hybridized approach for feature extraction and acoustic modelling technique along with evolutionary algorithm is proposed for increasing the efficiency of the overall system. Here number of feature vectors are varied and tested the system performance. It is observed that system performance is boosted by genetic algorithm. System with 16 acoustic features optimized with genetic algorithm has obtained highest recognition rate of 98.28% with training time of 5:30:17. 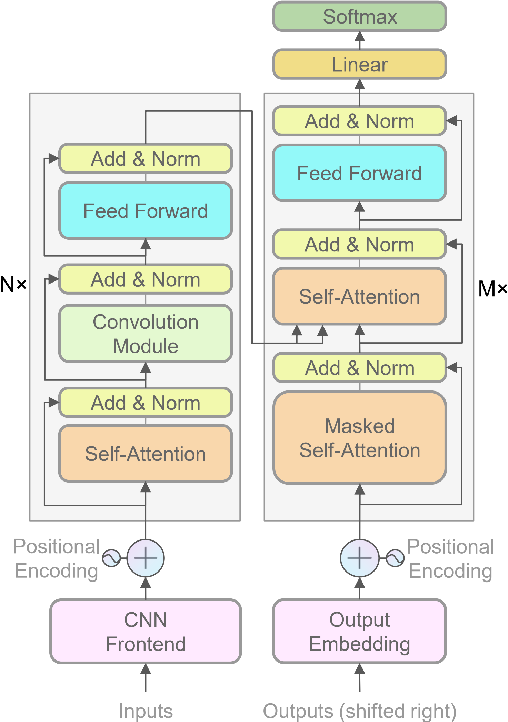 Recently, several studies reported that dot-product selfattention (SA) may not be indispensable to the state-of-theart Transformer models. Motivated by the fact that dense synthesizer attention (DSA), which dispenses with dot products and pairwise interactions, achieved competitive results in many language processing tasks, in this paper, we first propose a DSA-based speech recognition, as an alternative to SA. To reduce the computational complexity and improve the performance, we further propose local DSA (LDSA) to restrict the attention scope of DSA to a local range around the current central frame for speech recognition. Finally, we combine LDSA with SA to extract the local and global information simultaneously. Experimental results on the Ai-shell1 Mandarine speech recognition corpus show that the proposed LDSA-Transformer achieves a character error rate (CER) of 6.49%, which is slightly better than that of the SA-Transformer. Meanwhile, the LDSA-Transformer requires less computation than the SATransformer. The proposed combination method not only achieves a CER of 6.18%, which significantly outperforms the SA-Transformer, but also has roughly the same number of parameters and computational complexity as the latter. The implementation of the multi-head LDSA is available at https://github.com/mlxu995/multihead-LDSA.