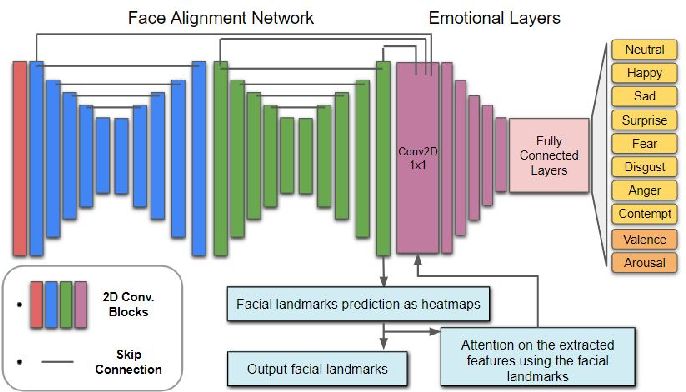 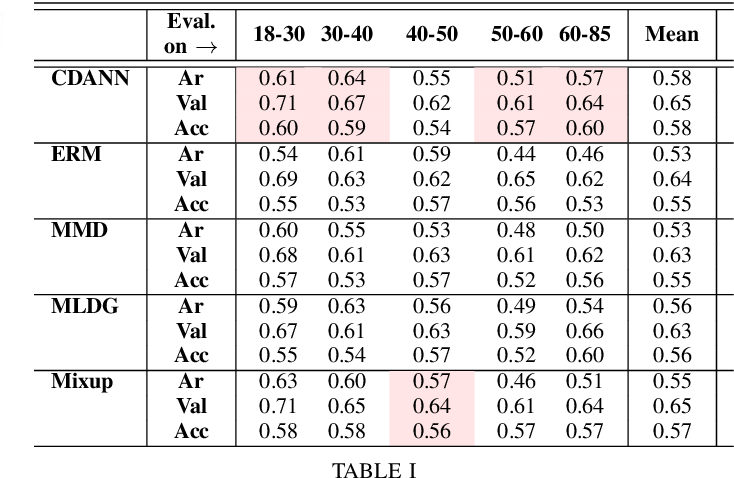 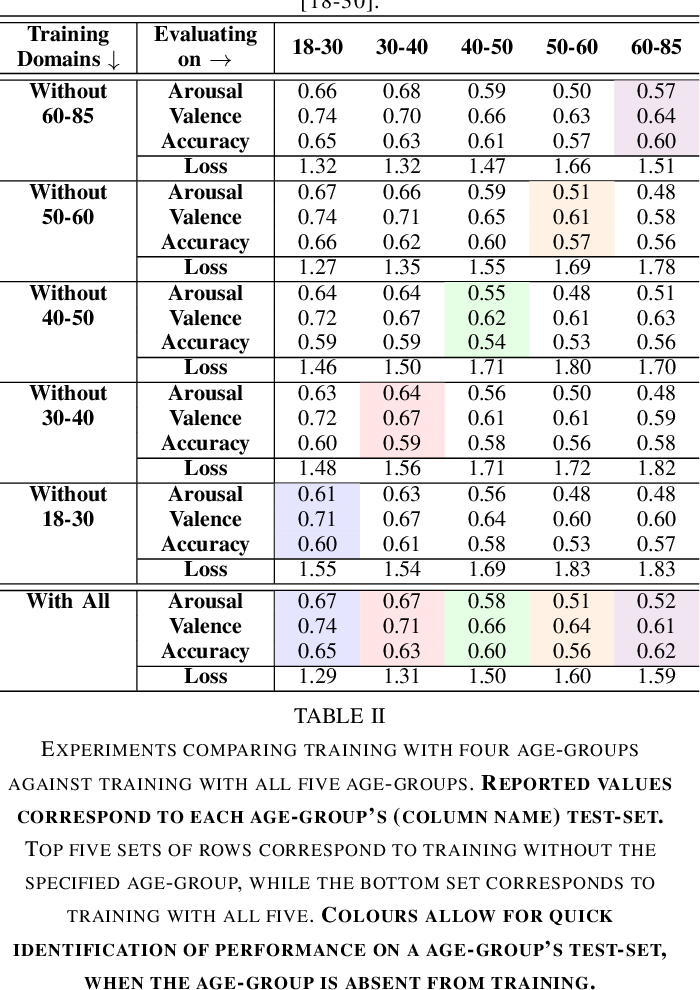 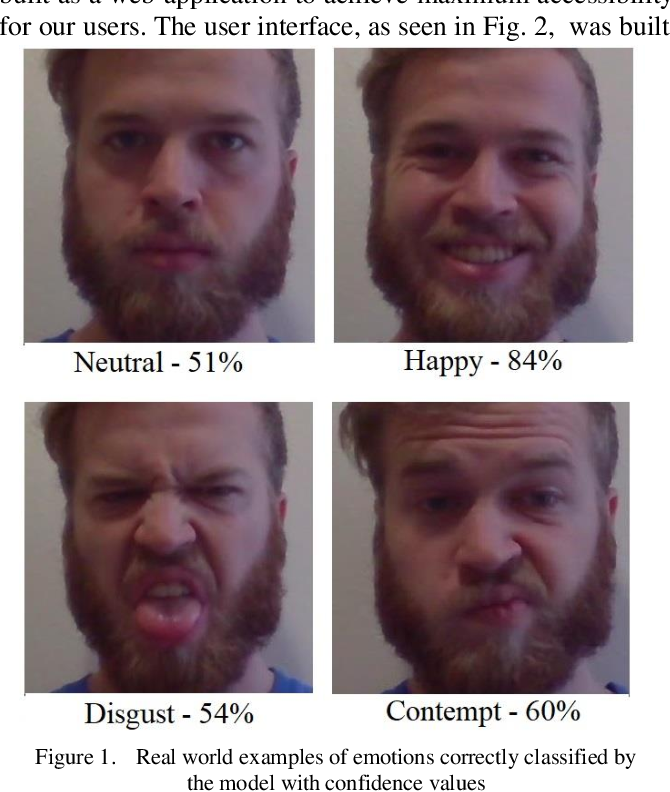 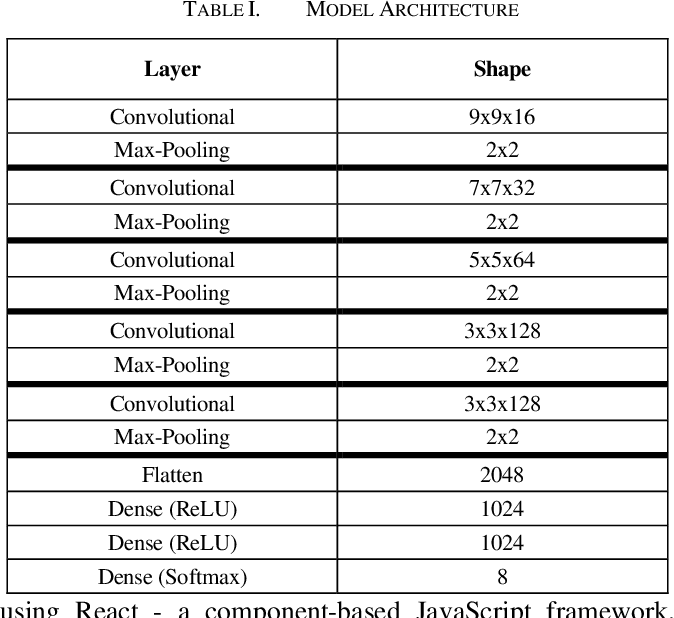 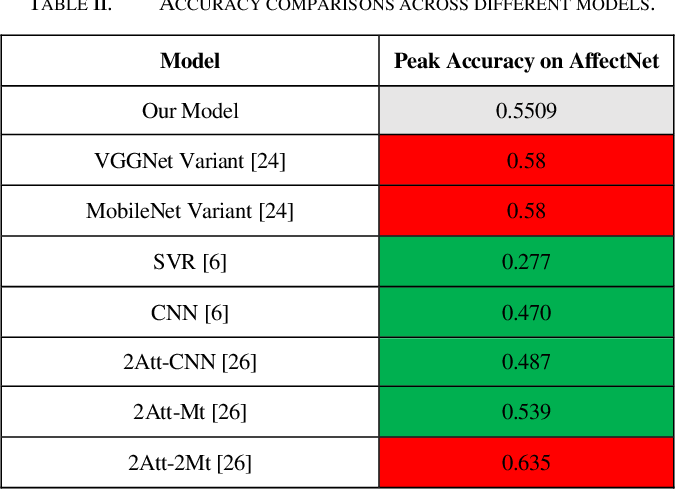 Facial emotion recognition is a vast and complex problem space within the domain of computer vision and thus requires a universally accepted baseline method with which to evaluate proposed models. While test datasets have served this purpose in the academic sphere real world application and testing of such models lacks any real comparison. Therefore we propose a framework in which models developed for FER can be compared and contrasted against one another in a constant standardized fashion. A lightweight convolutional neural network is trained on the AffectNet dataset a large variable dataset for facial emotion recognition and a web application is developed and deployed with our proposed framework as a proof of concept. The CNN is embedded into our application and is capable of instant real time facial emotion recognition. When tested on the AffectNet test set this model achieves high accuracy for emotion classification of eight different emotions. Using our framework the validity of this model and others can be properly tested by evaluating a model efficacy not only based on its accuracy on a sample test dataset, but also on in the wild experiments. Additionally, our application is built with the ability to save and store any image captured or uploaded to it for emotion recognition, allowing for the curation of more quality and diverse facial emotion recognition datasets. 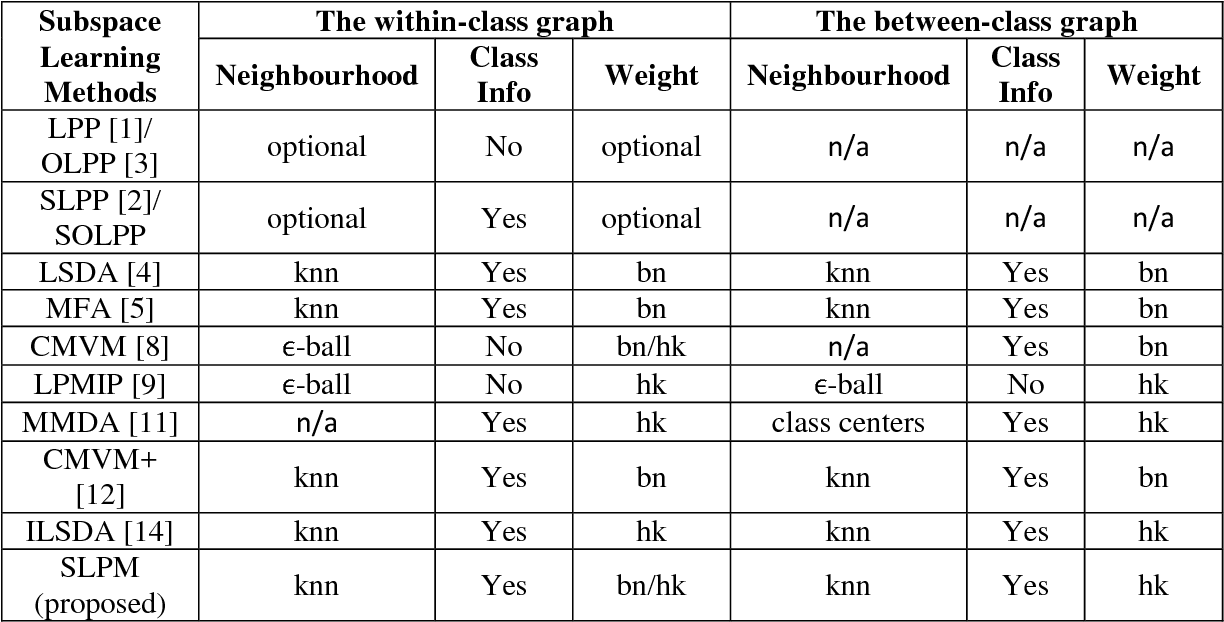 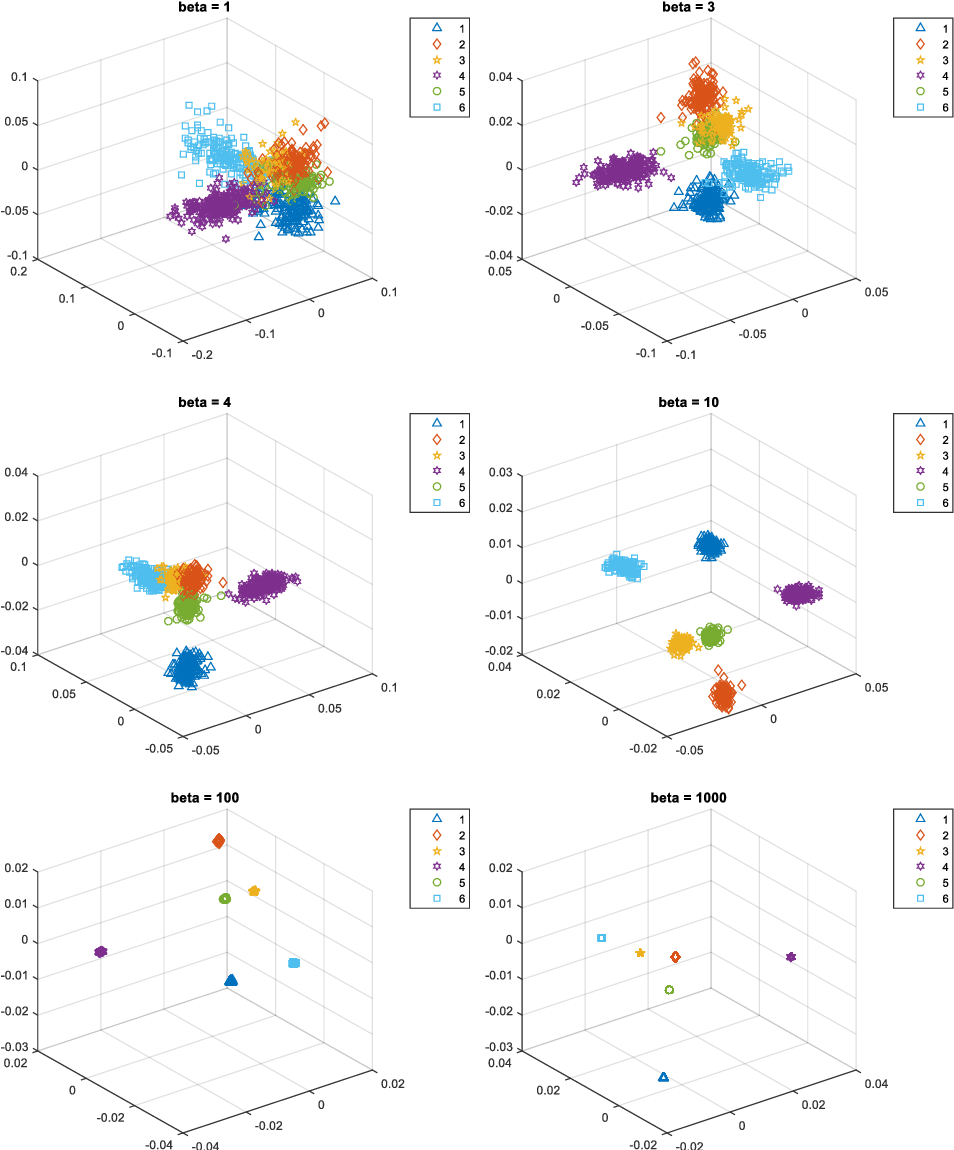 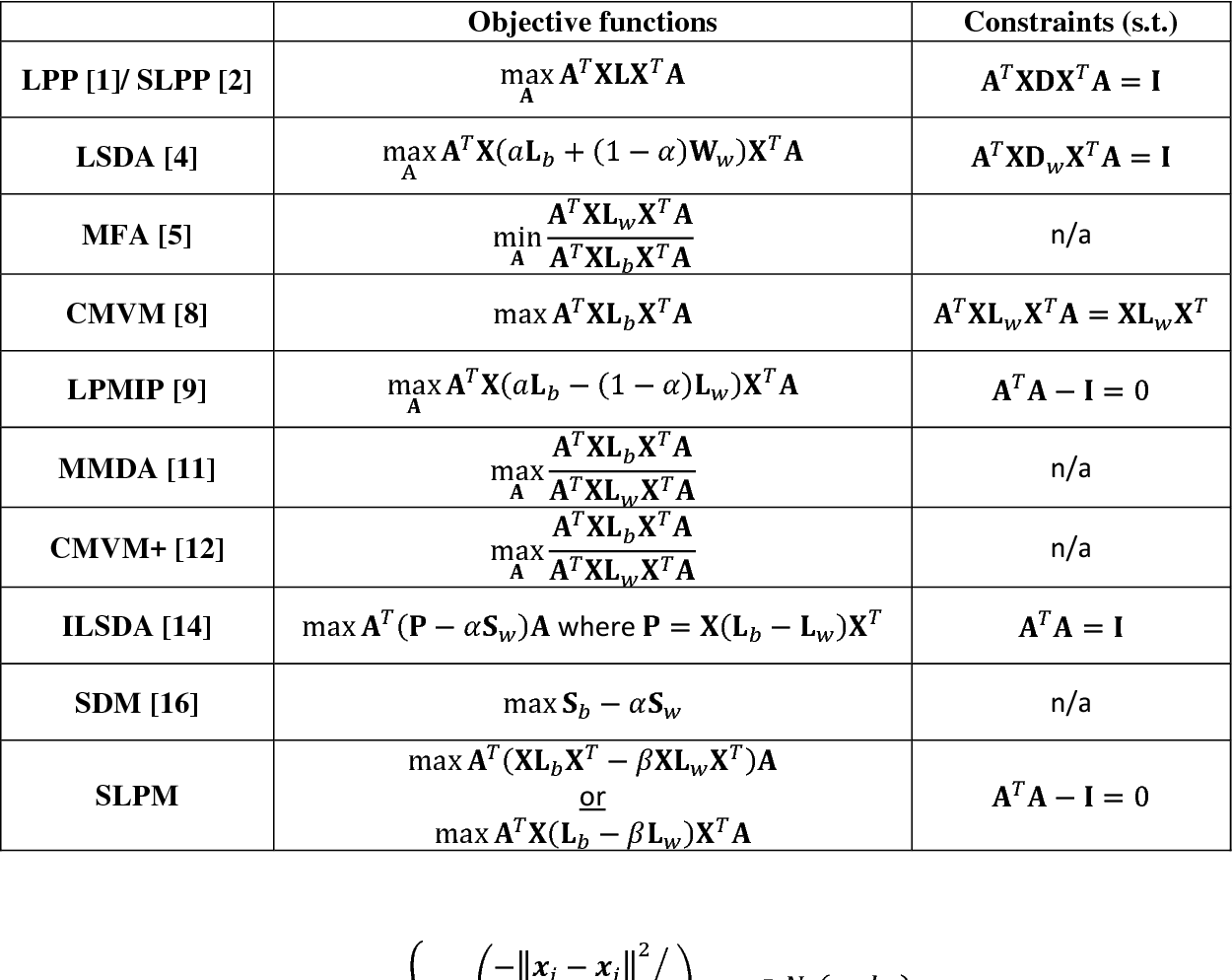 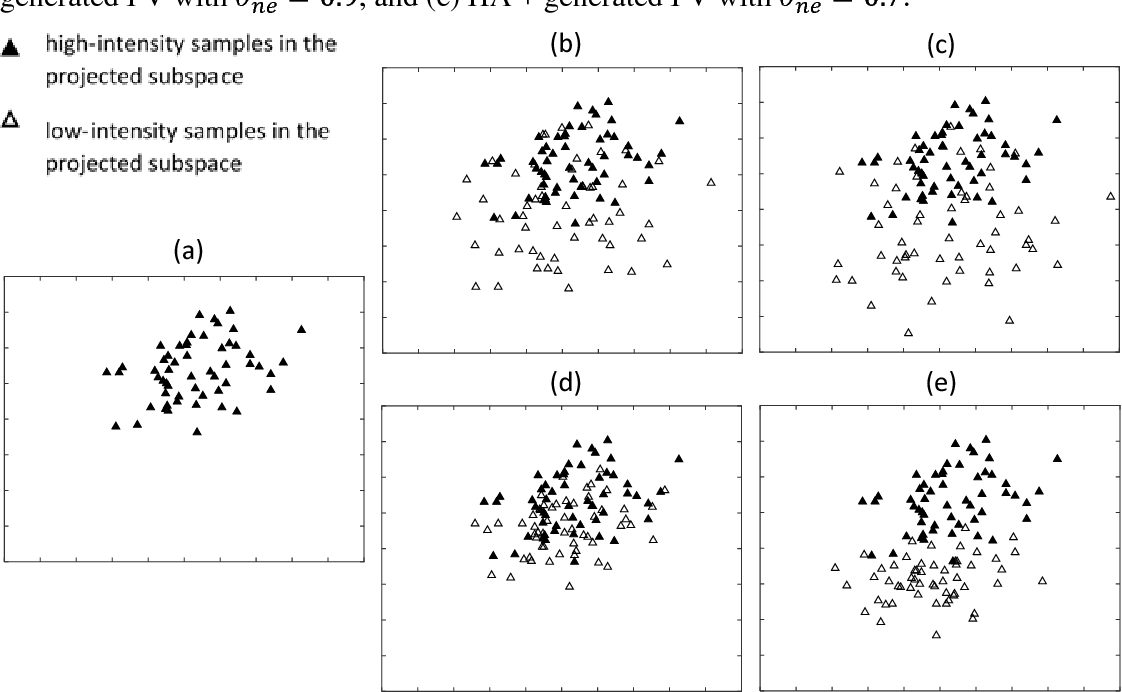 For image recognition, an extensive number of methods have been proposed to overcome the high-dimensionality problem of feature vectors being used. These methods vary from unsupervised to supervised, and from statistics to graph-theory based. In this paper, the most popular and the state-of-the-art methods for dimensionality reduction are firstly reviewed, and then a new and more efficient manifold-learning method, named Soft Locality Preserving Map (SLPM), is presented. Furthermore, feature generation and sample selection are proposed to achieve better manifold learning. SLPM is a graph-based subspace-learning method, with the use of k-neighbourhood information and the class information. The key feature of SLPM is that it aims to control the level of spread of the different classes, because the spread of the classes in the underlying manifold is closely connected to the generalizability of the learned subspace. Our proposed manifold-learning method can be applied to various pattern recognition applications, and we evaluate its performances on facial expression recognition. Experiments on databases, such as the Bahcesehir University Multilingual Affective Face Database (BAUM-2), the Extended Cohn-Kanade (CK+) Database, the Japanese Female Facial Expression (JAFFE) Database, and the Taiwanese Facial Expression Image Database (TFEID), show that SLPM can effectively reduce the dimensionality of the feature vectors and enhance the discriminative power of the extracted features for expression recognition. Furthermore, the proposed feature-generation method can improve the generalizability of the underlying manifolds for facial expression recognition. 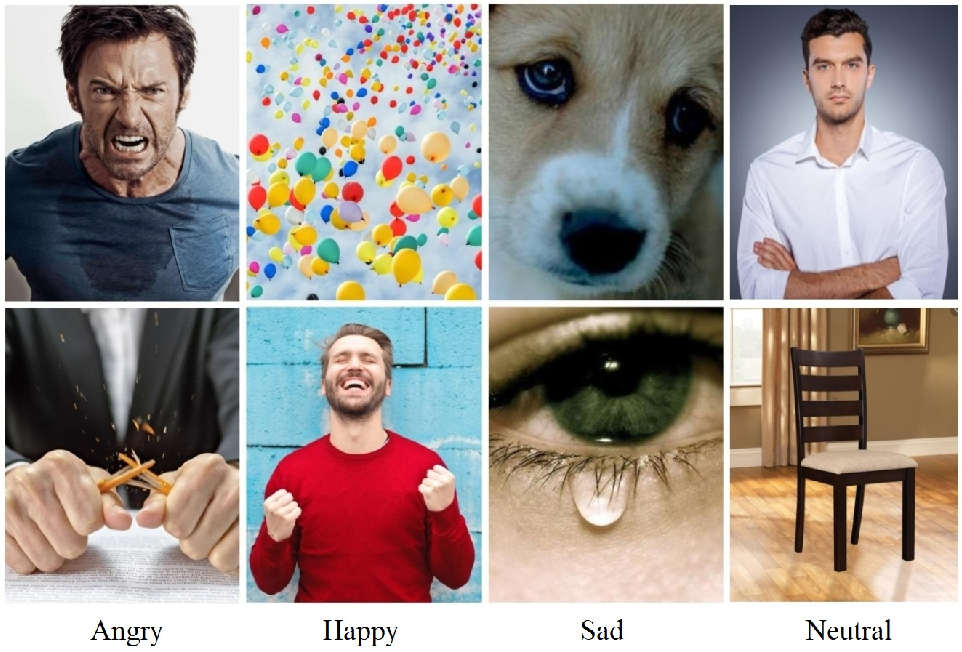 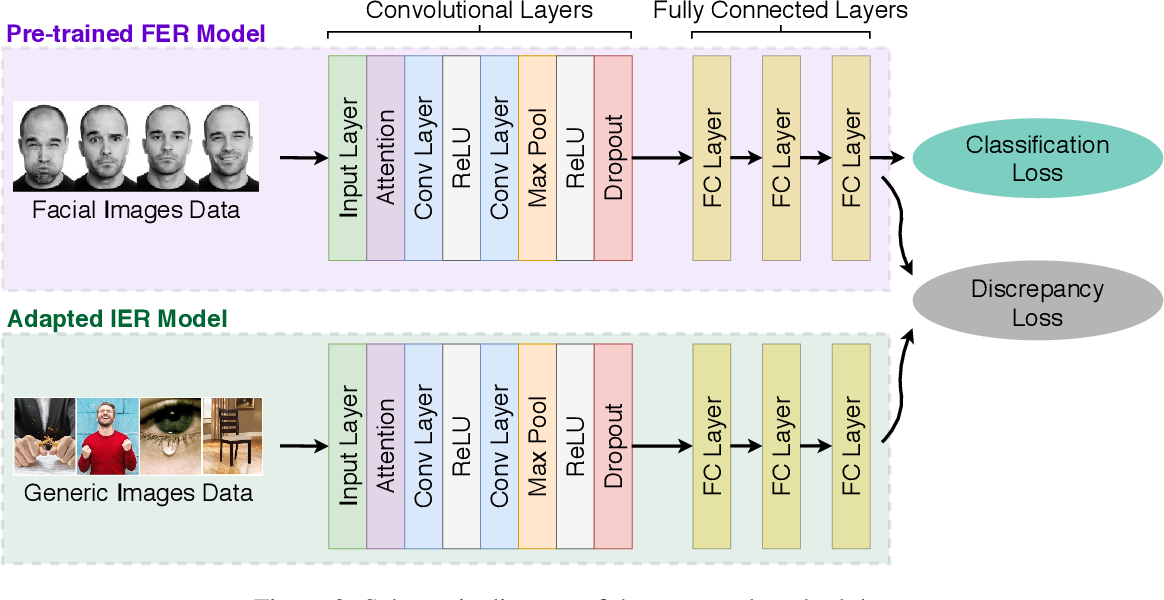 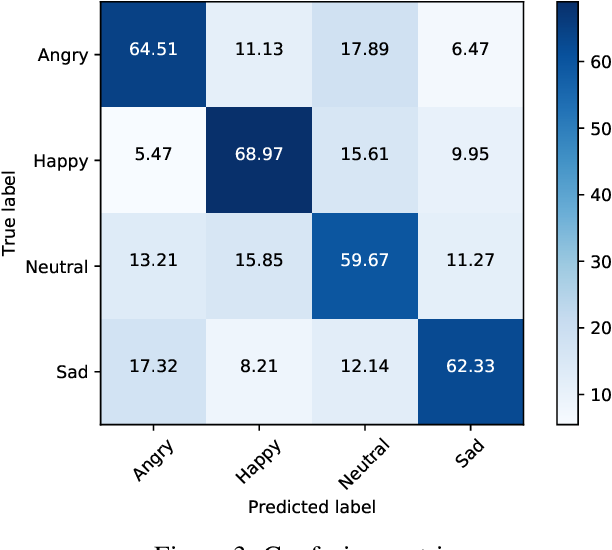 In this paper, a domain adaptation based technique for recognizing the emotions in images containing facial, non-facial, and non-human components has been proposed. We have also proposed a novel technique to explain the proposed system's predictions in terms of Intersection Score. Image emotion recognition is useful for graphics, gaming, animation, entertainment, and cinematography. However, well-labeled large scale datasets and pre-trained models are not available for image emotion recognition. To overcome this challenge, we have proposed a deep learning approach based on an attentional convolutional network that adapts pre-trained facial expression recognition models. It detects the visual features of an image and performs emotion classification based on them. The experiments have been performed on the Flickr image dataset, and the images have been classified in 'angry,' 'happy,' 'sad,' and 'neutral' emotion classes. The proposed system has demonstrated better performance than the benchmark results with an accuracy of 63.87% for image emotion recognition. We have also analyzed the embedding plots for various emotion classes to explain the proposed system's predictions. 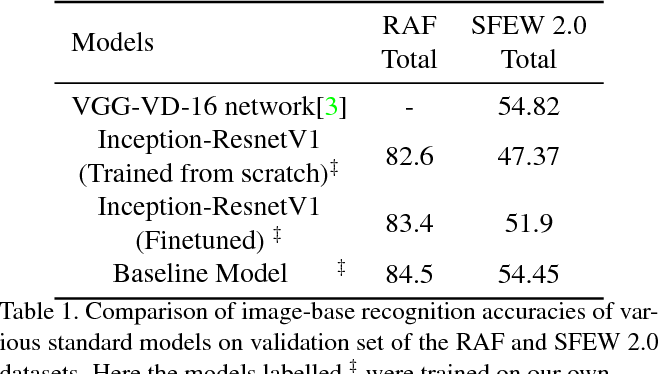 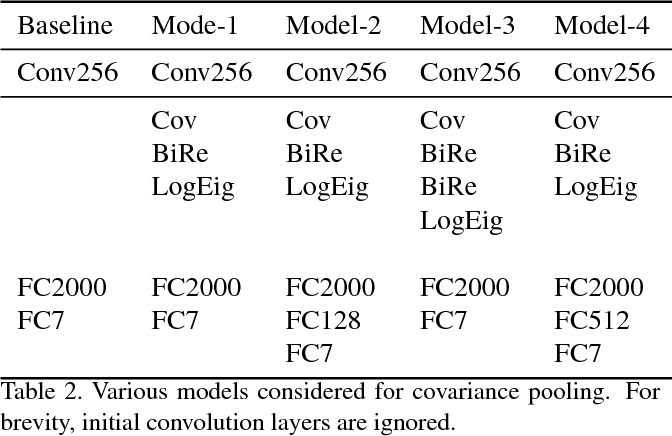 Classifying facial expressions into different categories requires capturing regional distortions of facial landmarks. We believe that second-order statistics such as covariance is better able to capture such distortions in regional facial fea- tures. In this work, we explore the benefits of using a man- ifold network structure for covariance pooling to improve facial expression recognition. In particular, we first employ such kind of manifold networks in conjunction with tradi- tional convolutional networks for spatial pooling within in- dividual image feature maps in an end-to-end deep learning manner. By doing so, we are able to achieve a recognition accuracy of 58.14% on the validation set of Static Facial Expressions in the Wild (SFEW 2.0) and 87.0% on the vali- dation set of Real-World Affective Faces (RAF) Database. Both of these results are the best results we are aware of. Besides, we leverage covariance pooling to capture the tem- poral evolution of per-frame features for video-based facial expression recognition. Our reported results demonstrate the advantage of pooling image-set features temporally by stacking the designed manifold network of covariance pool-ing on top of convolutional network layers. 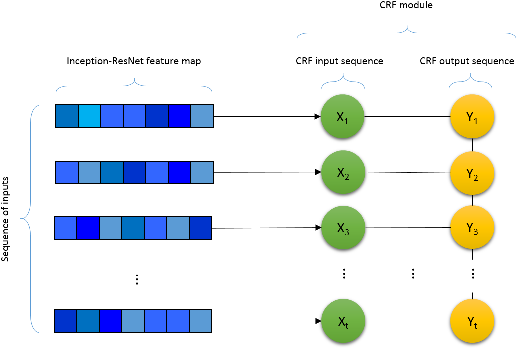 Automated Facial Expression Recognition (FER) has been a challenging task for decades. Many of the existing works use hand-crafted features such as LBP, HOG, LPQ, and Histogram of Optical Flow (HOF) combined with classifiers such as Support Vector Machines for expression recognition. These methods often require rigorous hyperparameter tuning to achieve good results. Recently Deep Neural Networks (DNN) have shown to outperform traditional methods in visual object recognition. In this paper, we propose a two-part network consisting of a DNN-based architecture followed by a Conditional Random Field (CRF) module for facial expression recognition in videos. The first part captures the spatial relation within facial images using convolutional layers followed by three Inception-ResNet modules and two fully-connected layers. To capture the temporal relation between the image frames, we use linear chain CRF in the second part of our network. We evaluate our proposed network on three publicly available databases, viz. CK+, MMI, and FERA. Experiments are performed in subject-independent and cross-database manners. Our experimental results show that cascading the deep network architecture with the CRF module considerably increases the recognition of facial expressions in videos and in particular it outperforms the state-of-the-art methods in the cross-database experiments and yields comparable results in the subject-independent experiments. 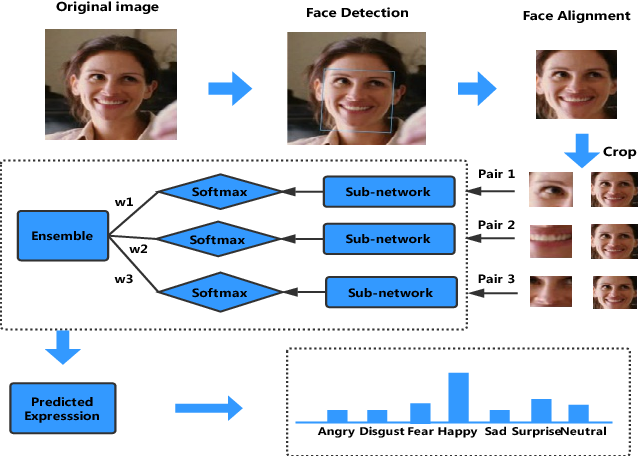 Facial expressions play an important role in conveying the emotional states of human beings. Recently, deep learning approaches have been applied to image recognition field due to the discriminative power of Convolutional Neural Network (CNN). In this paper, we first propose a novel Multi-Region Ensemble CNN (MRE-CNN) framework for facial expression recognition, which aims to enhance the learning power of CNN models by capturing both the global and the local features from multiple human face sub-regions. Second, the weighted prediction scores from each sub-network are aggregated to produce the final prediction of high accuracy. Third, we investigate the effects of different sub-regions of the whole face on facial expression recognition. Our proposed method is evaluated based on two well-known publicly available facial expression databases: AFEW 7.0 and RAF-DB, and has been shown to achieve the state-of-the-art recognition accuracy. 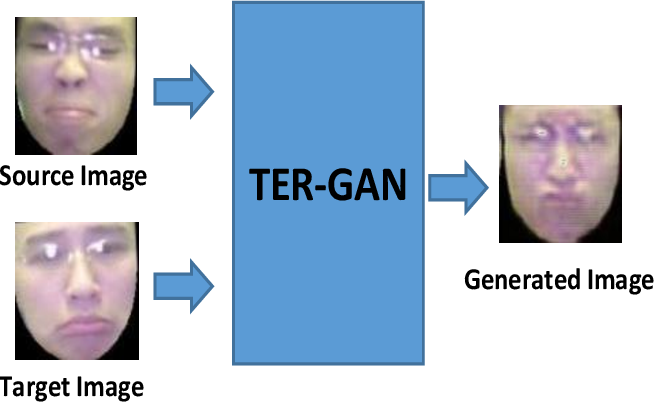 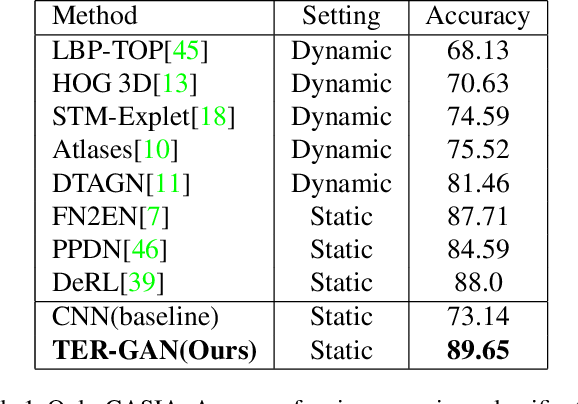 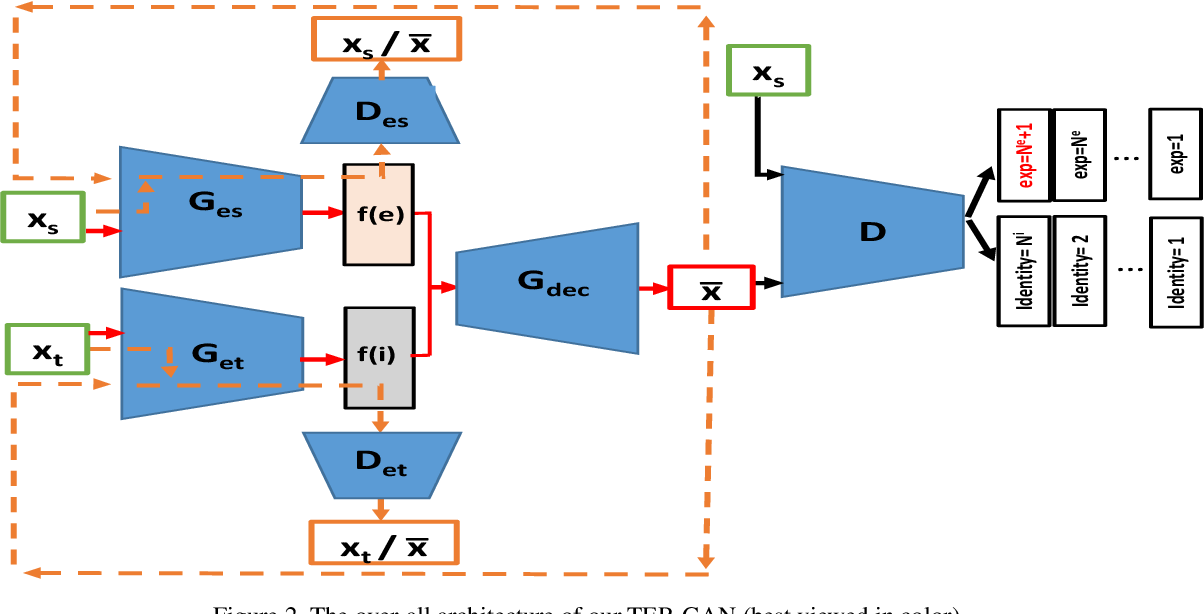 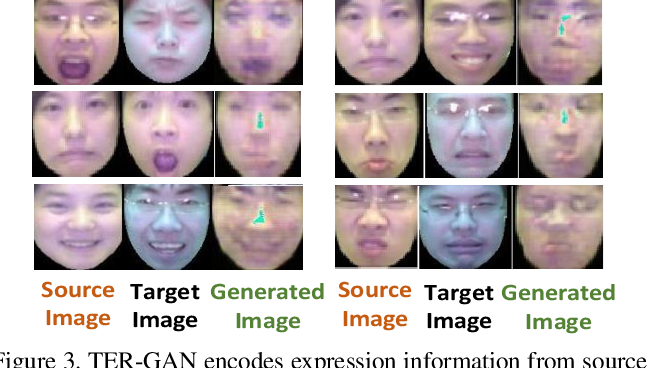 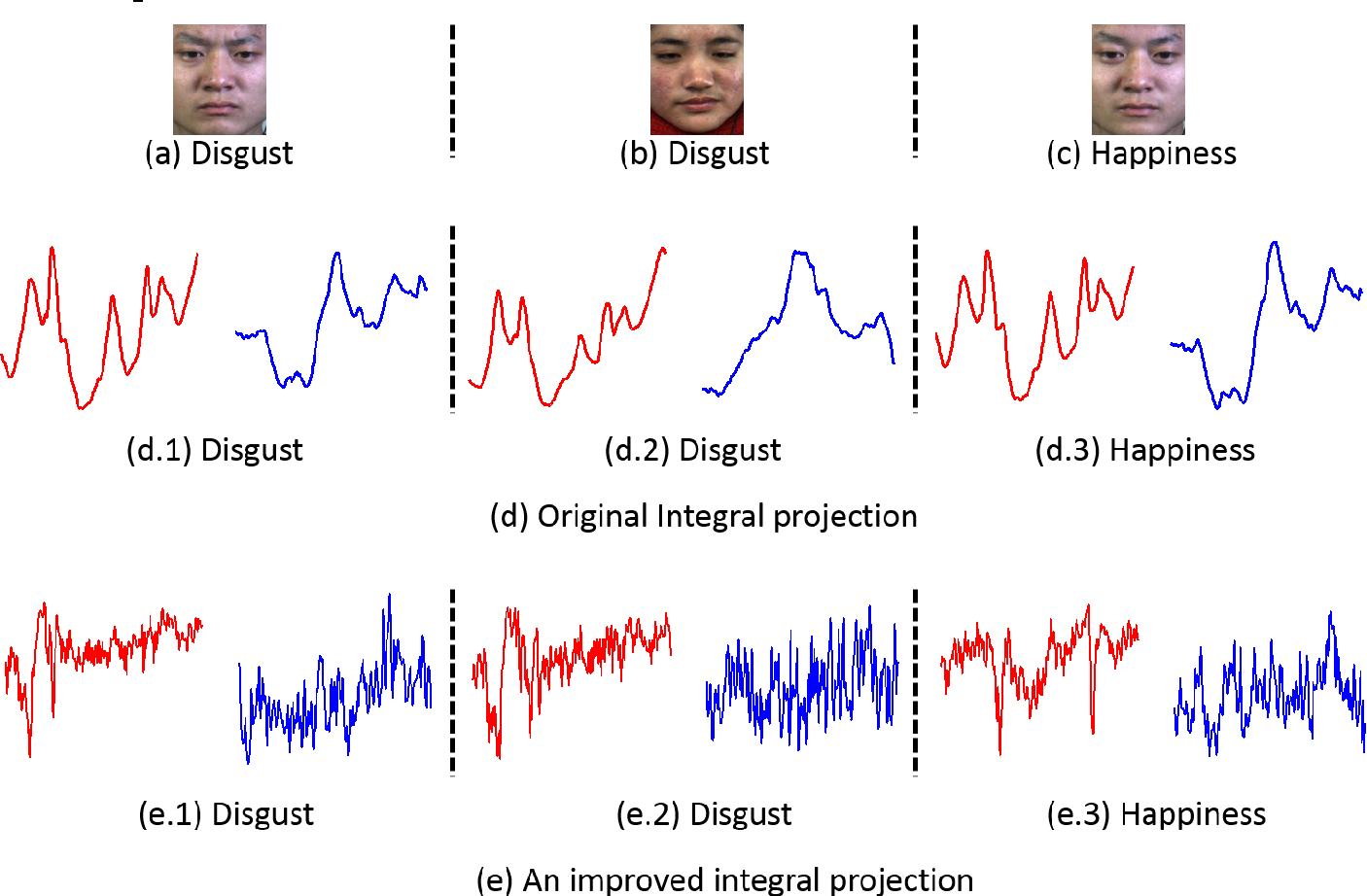 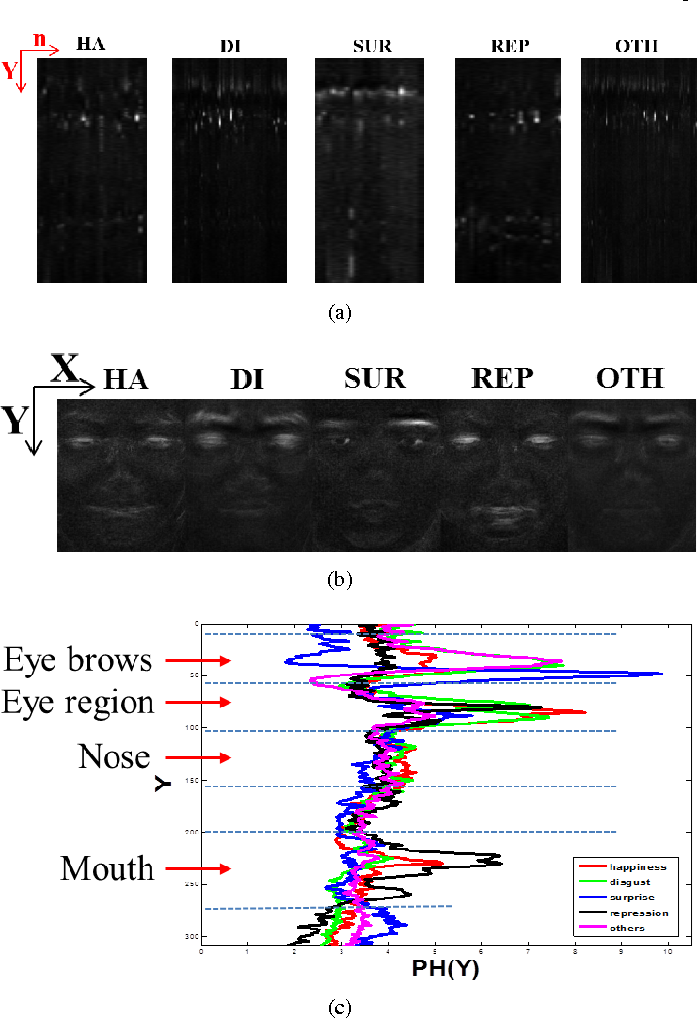