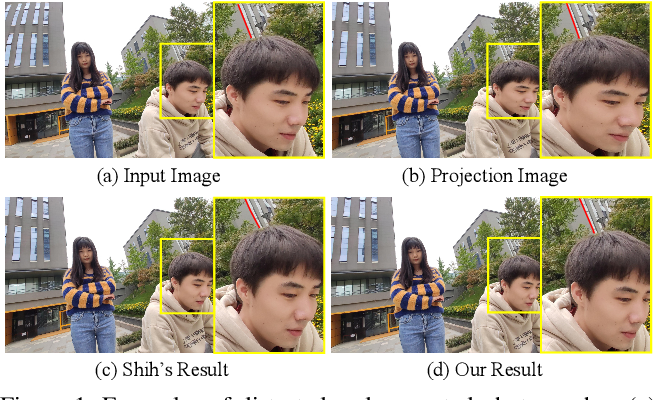 Wide-angle portraits often enjoy expanded views. However, they contain perspective distortions, especially noticeable when capturing group portrait photos, where the background is skewed and faces are stretched. This paper introduces the first deep learning based approach to remove such artifacts from freely-shot photos. Specifically, given a wide-angle portrait as input, we build a cascaded network consisting of a LineNet, a ShapeNet, and a transition module (TM), which corrects perspective distortions on the background, adapts to the stereographic projection on facial regions, and achieves smooth transitions between these two projections, accordingly. To train our network, we build the first perspective portrait dataset with a large diversity in identities, scenes and camera modules. For the quantitative evaluation, we introduce two novel metrics, line consistency and face congruence. Compared to the previous state-of-the-art approach, our method does not require camera distortion parameters. We demonstrate that our approach significantly outperforms the previous state-of-the-art approach both qualitatively and quantitatively.


* This work has been accepted to CVPR2021. The project link is https://github.com/TanJing94/Deep_Portraits_Correction

With the rapid increase in online photo sharing activities, image obfuscation algorithms become particularly important for protecting the sensitive information in the shared photos. However, existing image obfuscation methods based on hand-crafted principles are challenged by the dramatic development of deep learning techniques. To address this problem, we propose to maximize the distribution discrepancy between the original image domain and the encrypted image domain. Accordingly, we introduce a collaborative training scheme: a discriminator $D$ is trained to discriminate the reconstructed image from the encrypted image, and an encryption model $G_e$ is required to generate these two kinds of images to maximize the recognition rate of $D$, leading to the same training objective for both $D$ and $G_e$. We theoretically prove that such a training scheme maximizes two distributions' discrepancy. Compared with commonly-used image obfuscation methods, our model can produce satisfactory defense against the attack of deep recognition models indicated by significant accuracy decreases on FaceScrub, Casia-WebFace and LFW datasets. 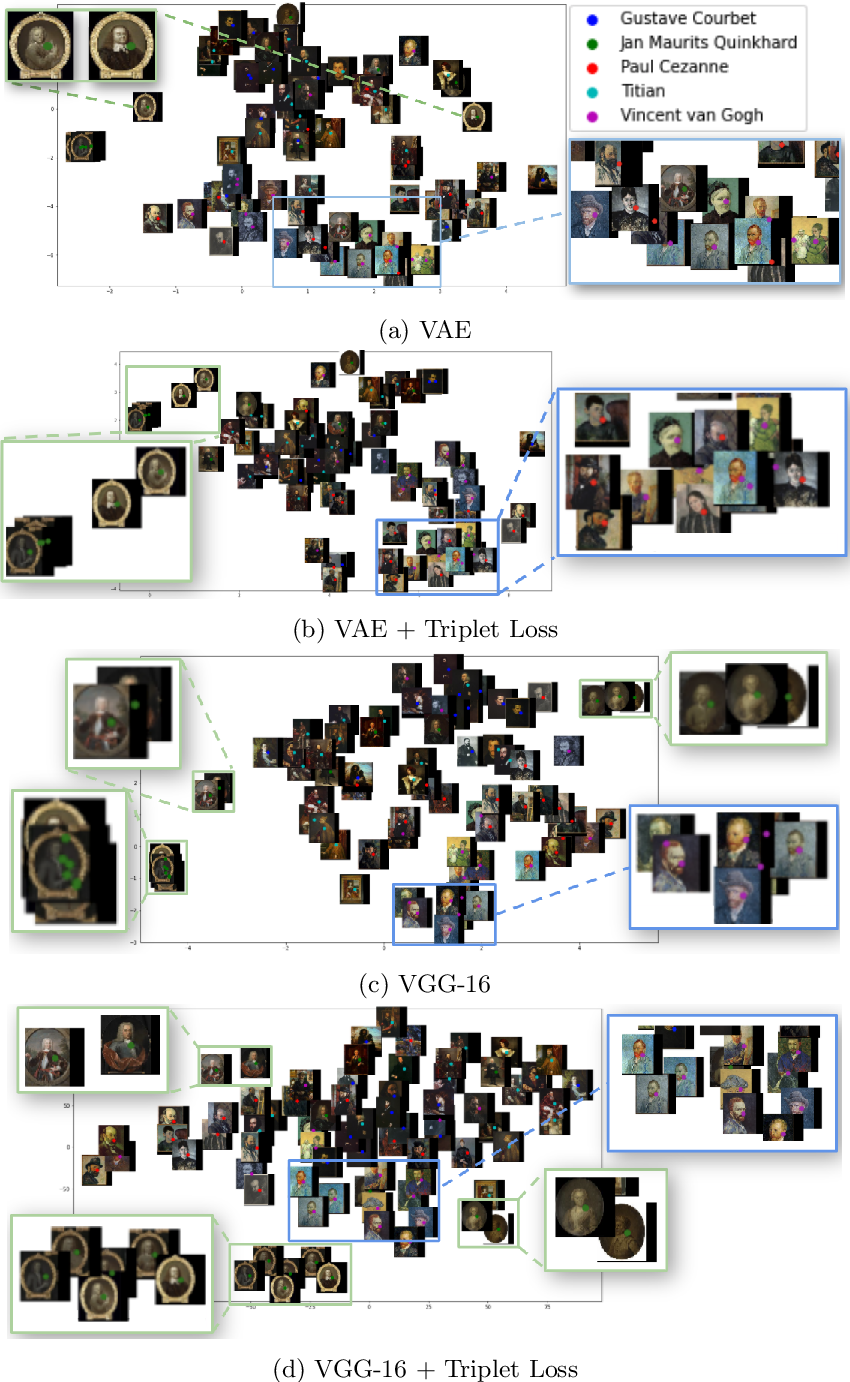 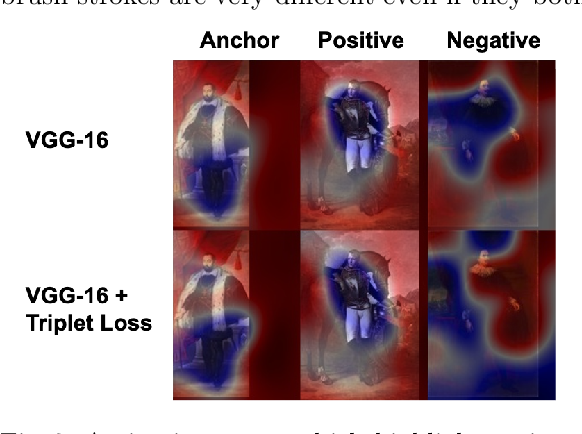 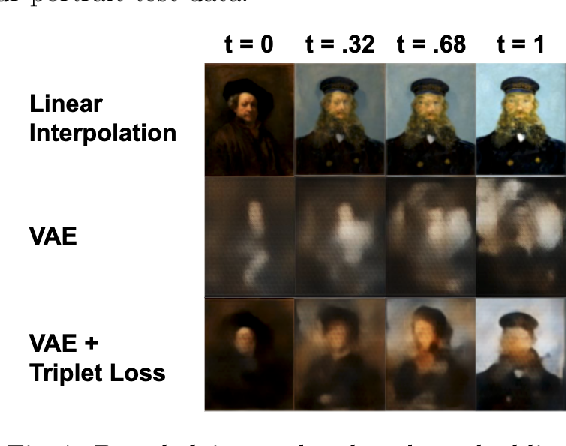 Style analysis of artwork in computer vision predominantly focuses on achieving results in target image generation through optimizing understanding of low level style characteristics such as brush strokes. However, fundamentally different techniques are required to computationally understand and control qualities of art which incorporate higher level style characteristics. We study style representations learned by neural network architectures incorporating these higher level characteristics. We find variation in learned style features from incorporating triplets annotated by art historians as supervision for style similarity. Networks leveraging statistical priors or pretrained on photo collections such as ImageNet can also derive useful visual representations of artwork. We align the impact of these expert human knowledge, statistical, and photo realism priors on style representations with art historical research and use these representations to perform zero-shot classification of artists. To facilitate this work, we also present the first large-scale dataset of portraits prepared for computational analysis. 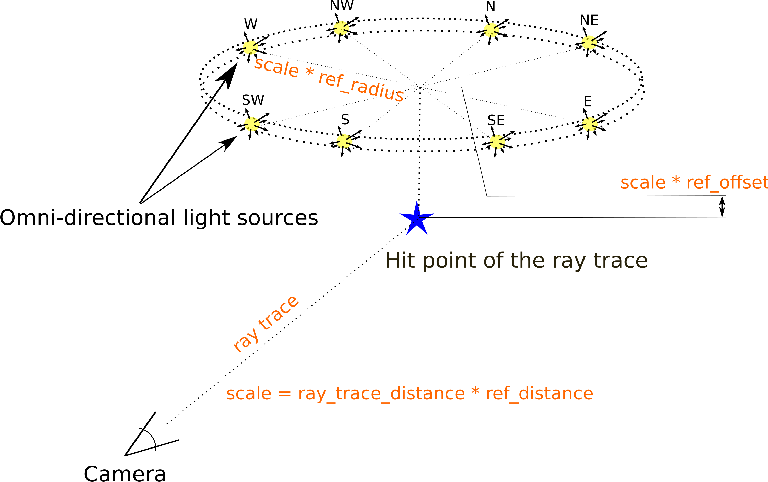 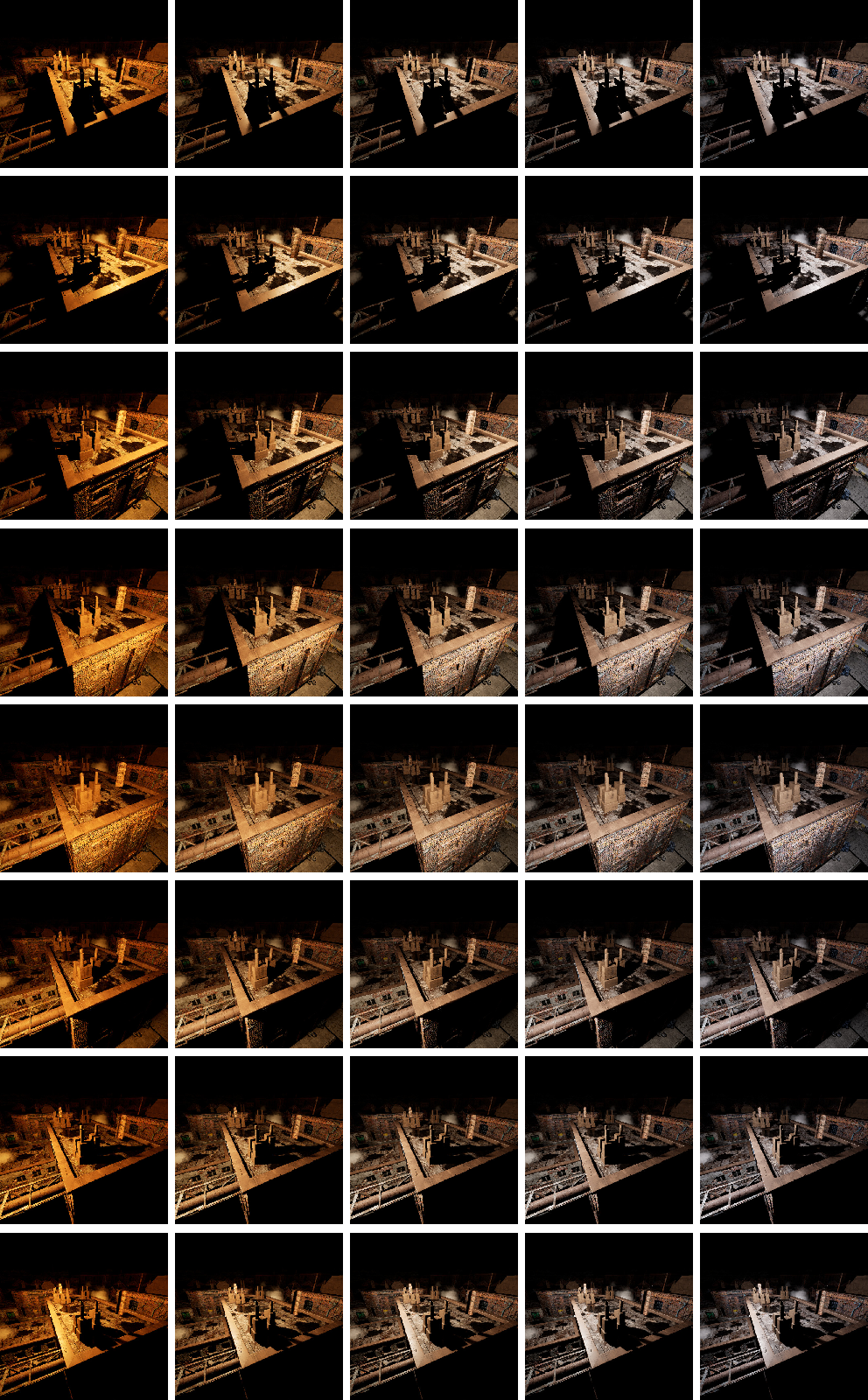 Deep image relighting is gaining more interest lately, as it allows photo enhancement through illumination-specific retouching without human effort. Aside from aesthetic enhancement and photo montage, image relighting is valuable for domain adaptation, whether to augment datasets for training or to normalize input test data. Accurate relighting is, however, very challenging for various reasons, such as the difficulty in removing and recasting shadows and the modeling of different surfaces. We present a novel dataset, the Virtual Image Dataset for Illumination Transfer (VIDIT), in an effort to create a reference evaluation benchmark and to push forward the development of illumination manipulation methods. Virtual datasets are not only an important step towards achieving real-image performance but have also proven capable of improving training even when real datasets are possible to acquire and available. VIDIT contains 300 virtual scenes used for training, where every scene is captured 40 times in total: from 8 equally-spaced azimuthal angles, each lit with 5 different illuminants. 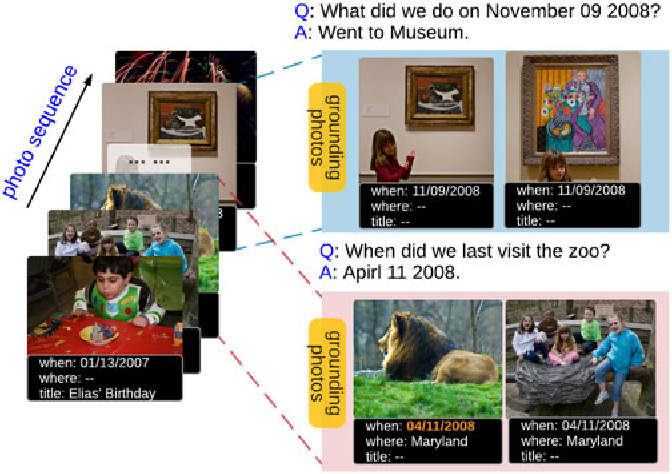 Recent insights on language and vision with neural networks have been successfully applied to simple single-image visual question answering. However, to tackle real-life question answering problems on multimedia collections such as personal photos, we have to look at whole collections with sequences of photos or videos. When answering questions from a large collection, a natural problem is to identify snippets to support the answer. In this paper, we describe a novel neural network called Focal Visual-Text Attention network (FVTA) for collective reasoning in visual question answering, where both visual and text sequence information such as images and text metadata are presented. FVTA introduces an end-to-end approach that makes use of a hierarchical process to dynamically determine what media and what time to focus on in the sequential data to answer the question. FVTA can not only answer the questions well but also provides the justifications which the system results are based upon to get the answers. FVTA achieves state-of-the-art performance on the MemexQA dataset and competitive results on the MovieQA dataset. 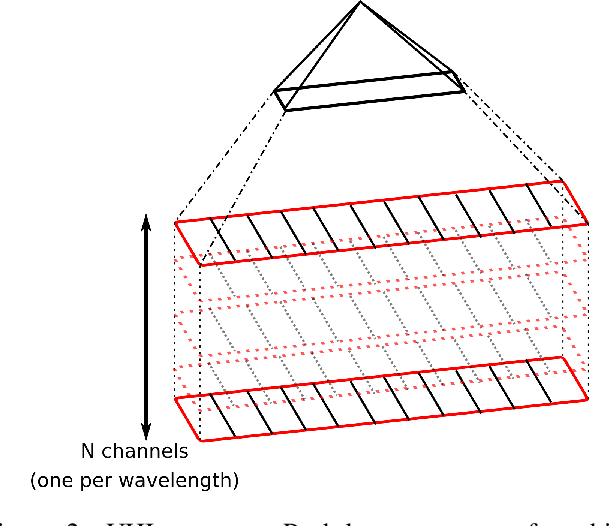 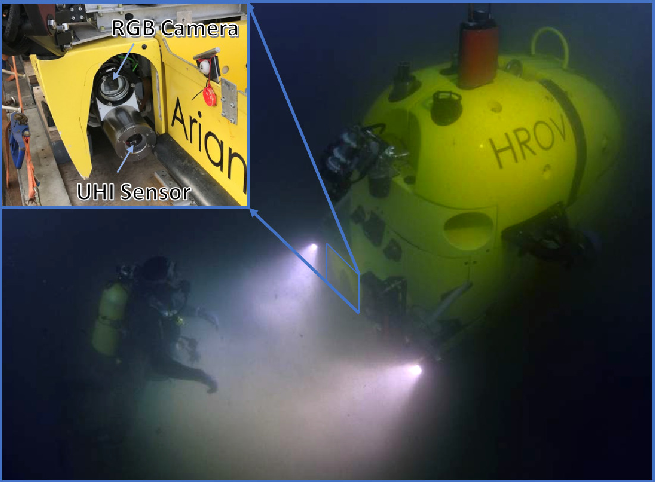 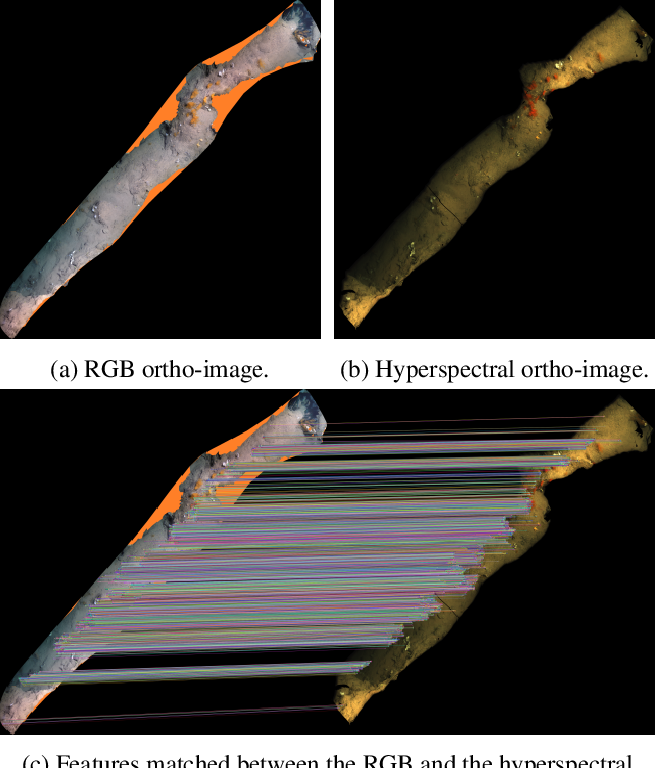 Hyperspectral imaging has been increasingly used for underwater survey applications over the past years. As many hyperspectral cameras work as push-broom scanners, their use is usually limited to the creation of photo-mosaics based on a flat surface approximation and by interpolating the camera pose from dead-reckoning navigation. Yet, because of drift in the navigation and the mostly wrong flat surface assumption, the quality of the obtained photo-mosaics is often too low to support adequate analysis.In this paper we present an initial method for creating hyperspectral 3D reconstructions of underwater environments. By fusing the data gathered by a classical RGB camera, an inertial navigation system and a hyperspectral push-broom camera, we show that the proposed method creates highly accurate 3D reconstructions with hyperspectral textures. We propose to combine techniques from simultaneous localization and mapping, structure-from-motion and 3D reconstruction and advantageously use them to create 3D models with hyperspectral texture, allowing us to overcome the flat surface assumption and the classical limitation of dead-reckoning navigation. 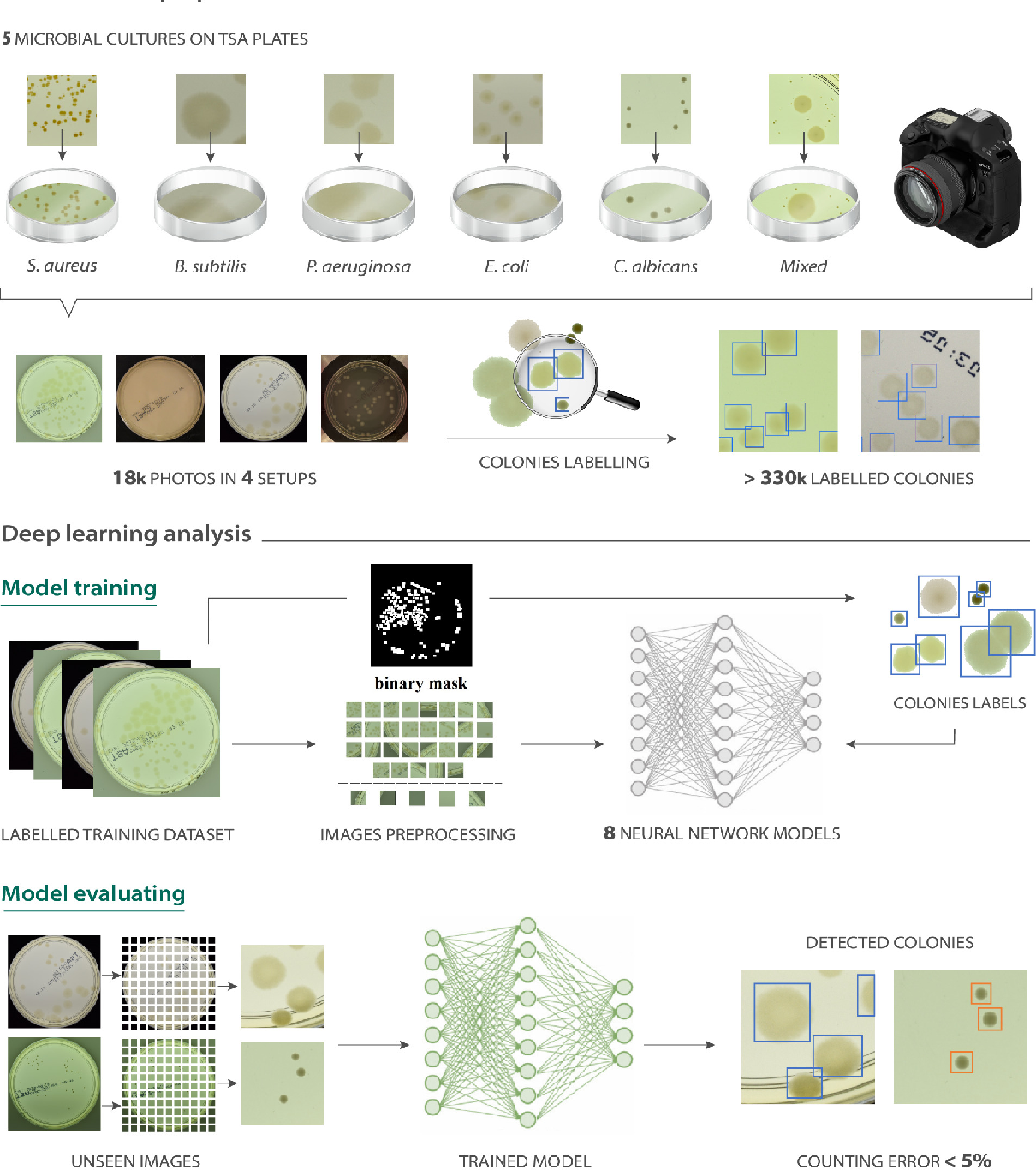 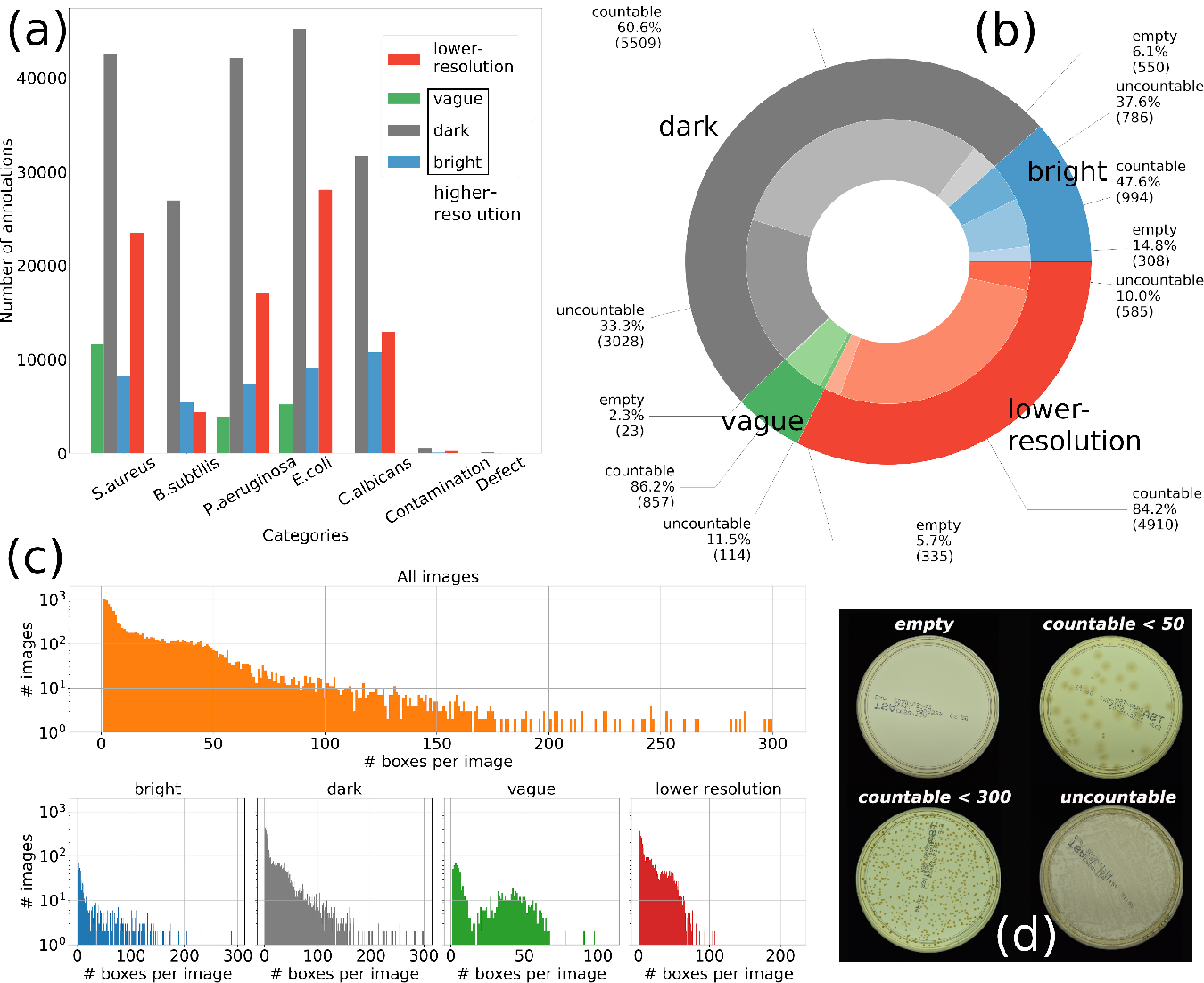 The Annotated Germs for Automated Recognition (AGAR) dataset is an image database of microbial colonies cultured on agar plates. It contains 18000 photos of five different microorganisms as single or mixed cultures, taken under diverse lighting conditions with two different cameras. All the images are classified into "countable", "uncountable", and "empty", with the "countable" class labeled by microbiologists with colony location and species identification (336442 colonies in total). This study describes the dataset itself and the process of its development. In the second part, the performance of selected deep neural network architectures for object detection, namely Faster R-CNN and Cascade R-CNN, was evaluated on the AGAR dataset. The results confirmed the great potential of deep learning methods to automate the process of microbe localization and classification based on Petri dish photos. Moreover, AGAR is the first publicly available dataset of this kind and size and will facilitate the future development of machine learning models. The data used in these studies can be found at https://agar.neurosys.com/. 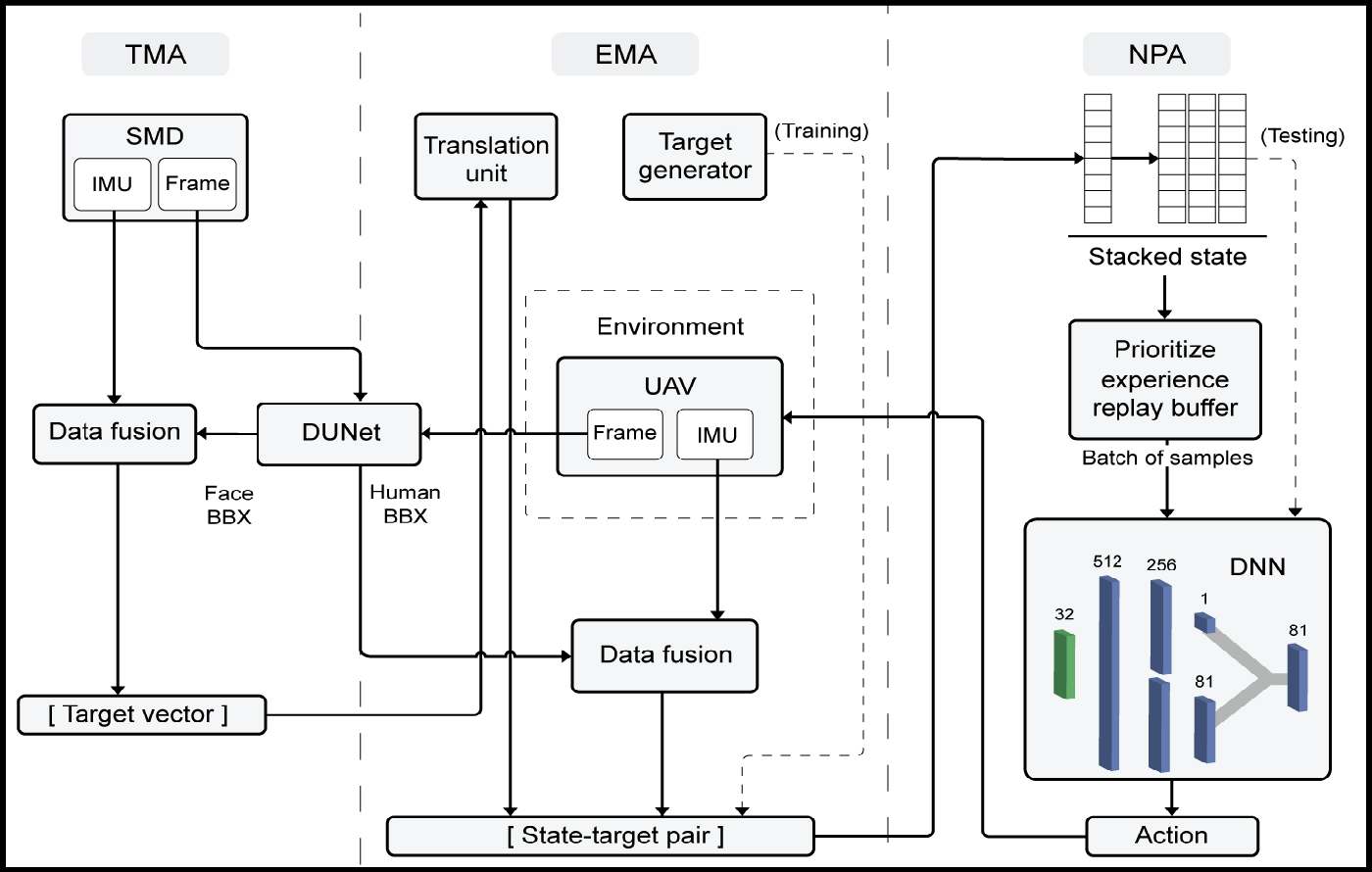 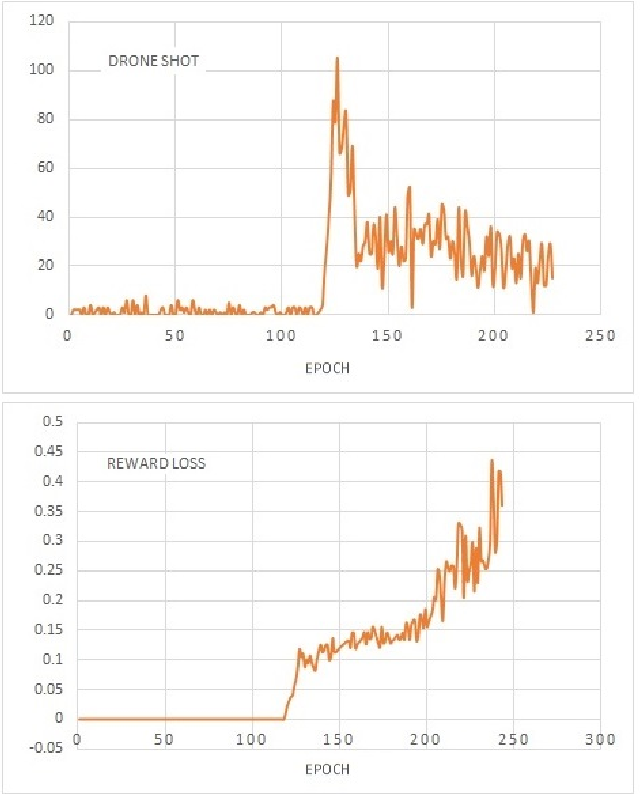 A physical selfie stick extends the user's reach, enabling the creation of personal photos that include more of the background scene. Conversely a quadcopter can capture photos at distances unattainable for the human, but teloperating a quadcopter to a good viewpoint is a non-trivial task. This paper presents a natural interface for quadcopter photography, the Selfie Drone Stick that allows the user to guide the quadcopter to the optimal vantage point based on the phone's sensors. The user points the phone once, and the quadcopter autonomously flies to the target viewpoint based on the phone camera and IMU sensor data. Visual servoing is achieved through the combination of a dense neural network object detector that matches the image captured from the phone camera to a bounding box in the scene and a Deep Q-Network controller that flies to the desired vantage point. Our deep learning architecture is trained with a combination of real-world images and simulated flight data. Integrating the deep RL controller with an intuitive interface provides a more positive user experience than a standard teleoperation paradigm. 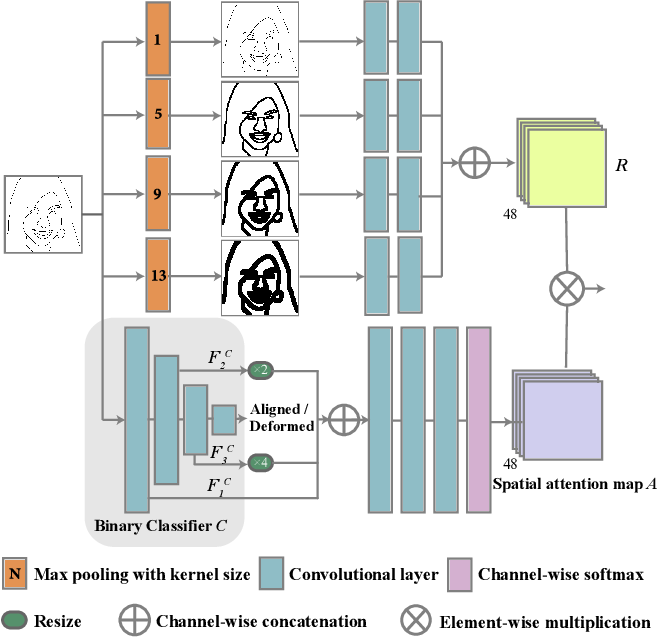 In this paper, we explore the task of generating photo-realistic face images from hand-drawn sketches. Existing image-to-image translation methods require a large-scale dataset of paired sketches and images for supervision. They typically utilize synthesized edge maps of face images as training data. However, these synthesized edge maps strictly align with the edges of the corresponding face images, which limit their generalization ability to real hand-drawn sketches with vast stroke diversity. To address this problem, we propose DeepFacePencil, an effective tool that is able to generate photo-realistic face images from hand-drawn sketches, based on a novel dual generator image translation network during training. A novel spatial attention pooling (SAP) is designed to adaptively handle stroke distortions which are spatially varying to support various stroke styles and different levels of details. We conduct extensive experiments and the results demonstrate the superiority of our model over existing methods on both image quality and model generalization to hand-drawn sketches.