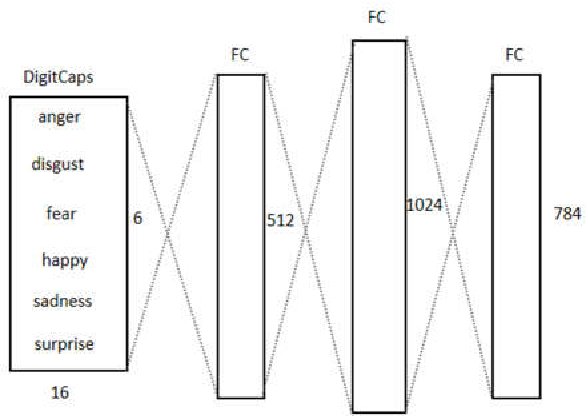 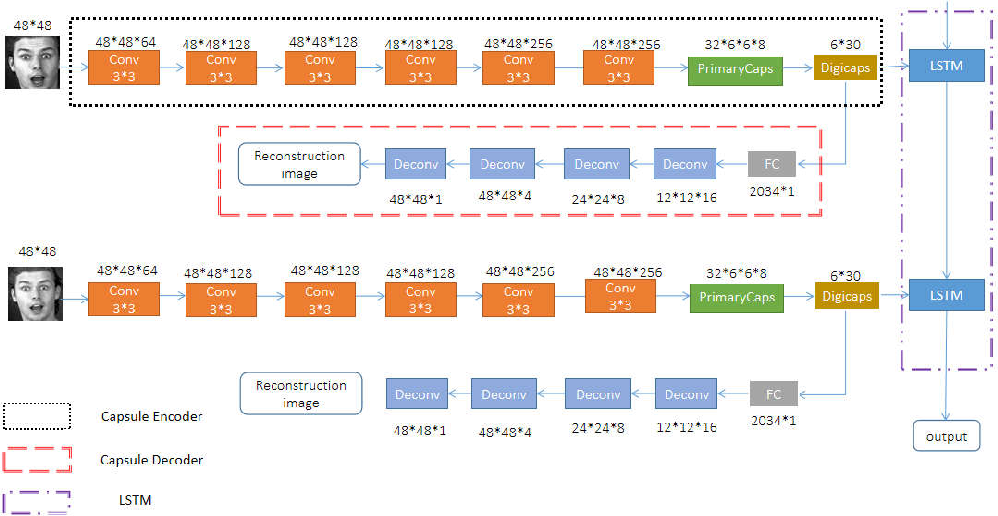 Data Poisoning Won't Save You From Facial Recognition 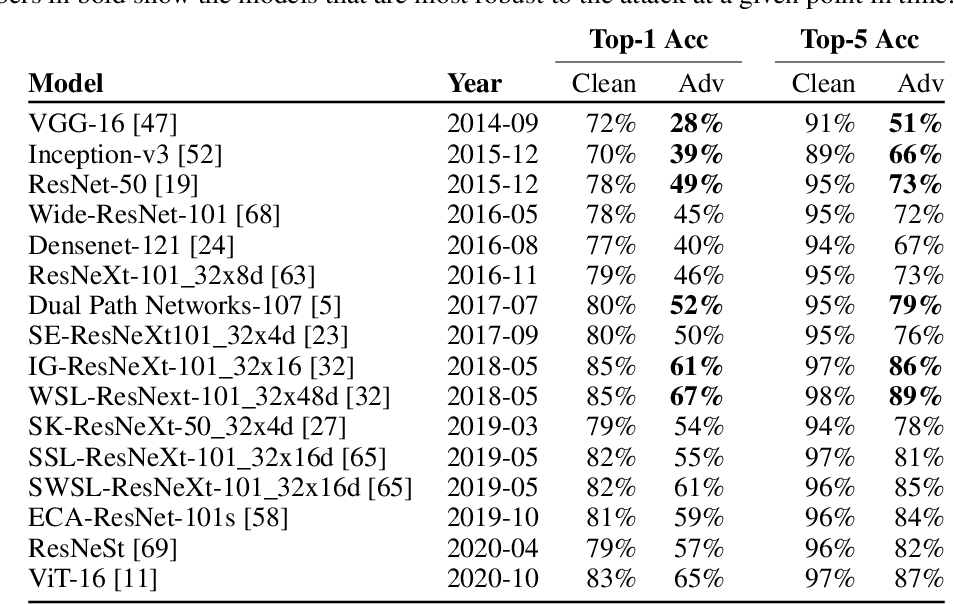 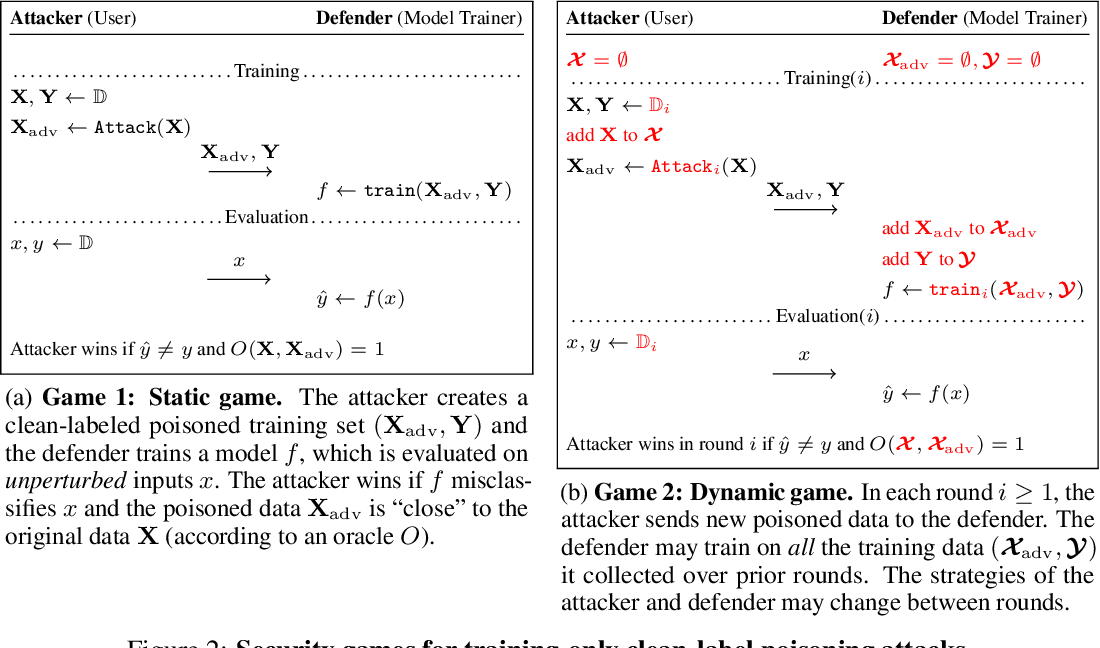 Data poisoning has been proposed as a compelling defense against facial recognition models trained on Web-scraped pictures. By perturbing the images they post online, users can fool models into misclassifying future (unperturbed) pictures. We demonstrate that this strategy provides a false sense of security, as it ignores an inherent asymmetry between the parties: users' pictures are perturbed once and for all before being published (at which point they are scraped) and must thereafter fool all future models -- including models trained adaptively against the users' past attacks, or models that use technologies discovered after the attack. We evaluate two systems for poisoning attacks against large-scale facial recognition, Fawkes (500,000+ downloads) and LowKey. We demonstrate how an "oblivious" model trainer can simply wait for future developments in computer vision to nullify the protection of pictures collected in the past. We further show that an adversary with black-box access to the attack can (i) train a robust model that resists the perturbations of collected pictures and (ii) detect poisoned pictures uploaded online. We caution that facial recognition poisoning will not admit an "arms race" between attackers and defenders. Once perturbed pictures are scraped, the attack cannot be changed so any future successful defense irrevocably undermines users' privacy.

This paper presents a novel approach in a rarely studied area of computer vision: Human interaction recognition in still images. We explore whether the facial regions and their spatial configurations contribute to the recognition of interactions. In this respect, our method involves extraction of several visual features from the facial regions, as well as incorporation of scene characteristics and deep features to the recognition. Extracted multiple features are utilized within a discriminative learning framework for recognizing interactions between people. Our designed facial descriptors are based on the observation that relative positions, size and locations of the faces are likely to be important for characterizing human interactions. Since there is no available dataset in this relatively new domain, a comprehensive new dataset which includes several images of human interactions is collected. Our experimental results show that faces and scene characteristics contain important information to recognize interactions between people.

With rapid advances in machine learning (ML), more of this technology is being deployed into the real world interacting with us and our environment. One of the most widely applied application of ML is facial recognition as it is running on millions of devices. While being useful for some people, others perceive it as a threat when used by public authorities. This discrepancy and the lack of policy increases the uncertainty in the ML community about the future direction of facial recognition research and development. In this paper we present results from a cross-national survey about public acceptance, privacy, and discrimination of the use of facial recognition technology (FRT) in the public. This study provides insights about the opinion towards FRT from China, Germany, the United Kingdom (UK), and the United States (US), which can serve as input for policy makers and legal regulators. 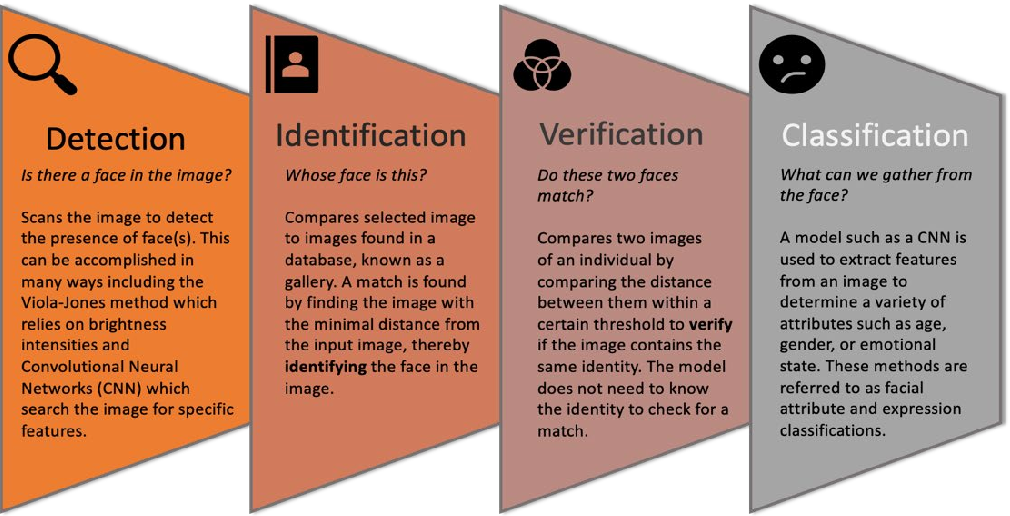 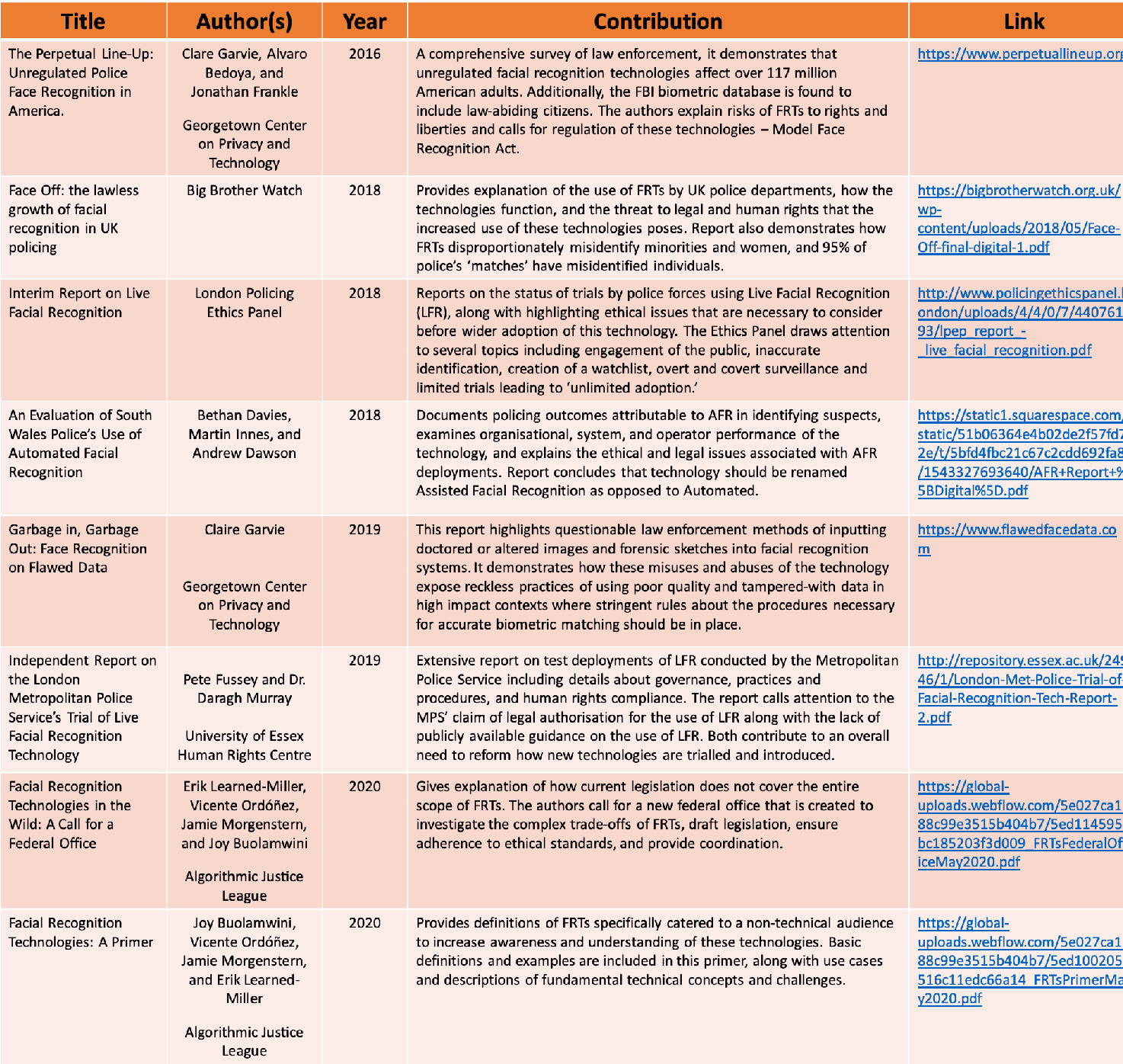 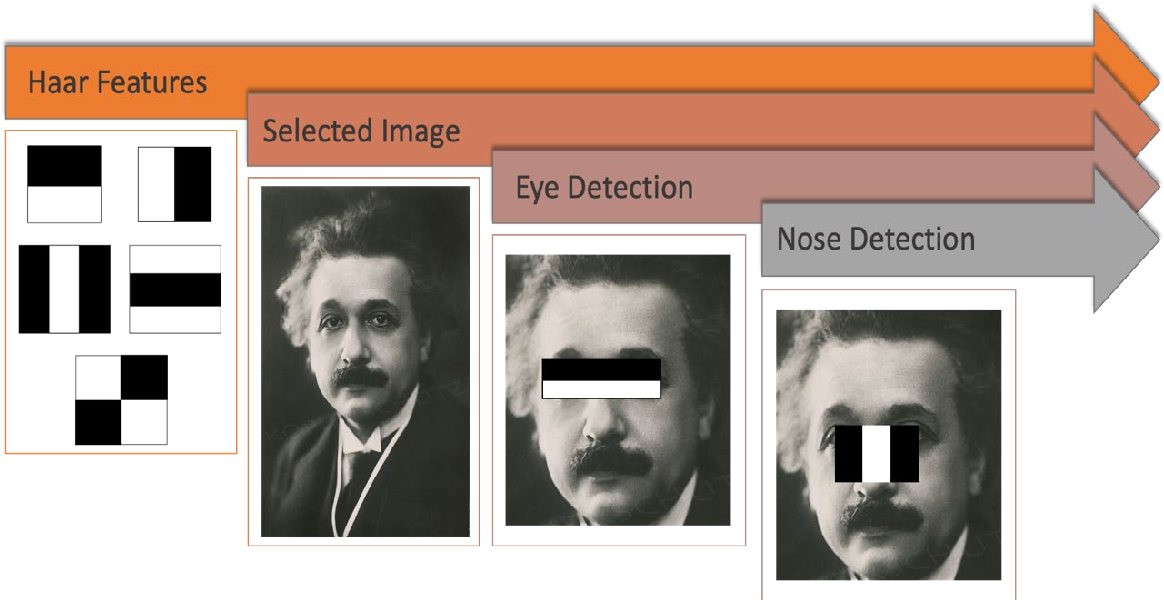 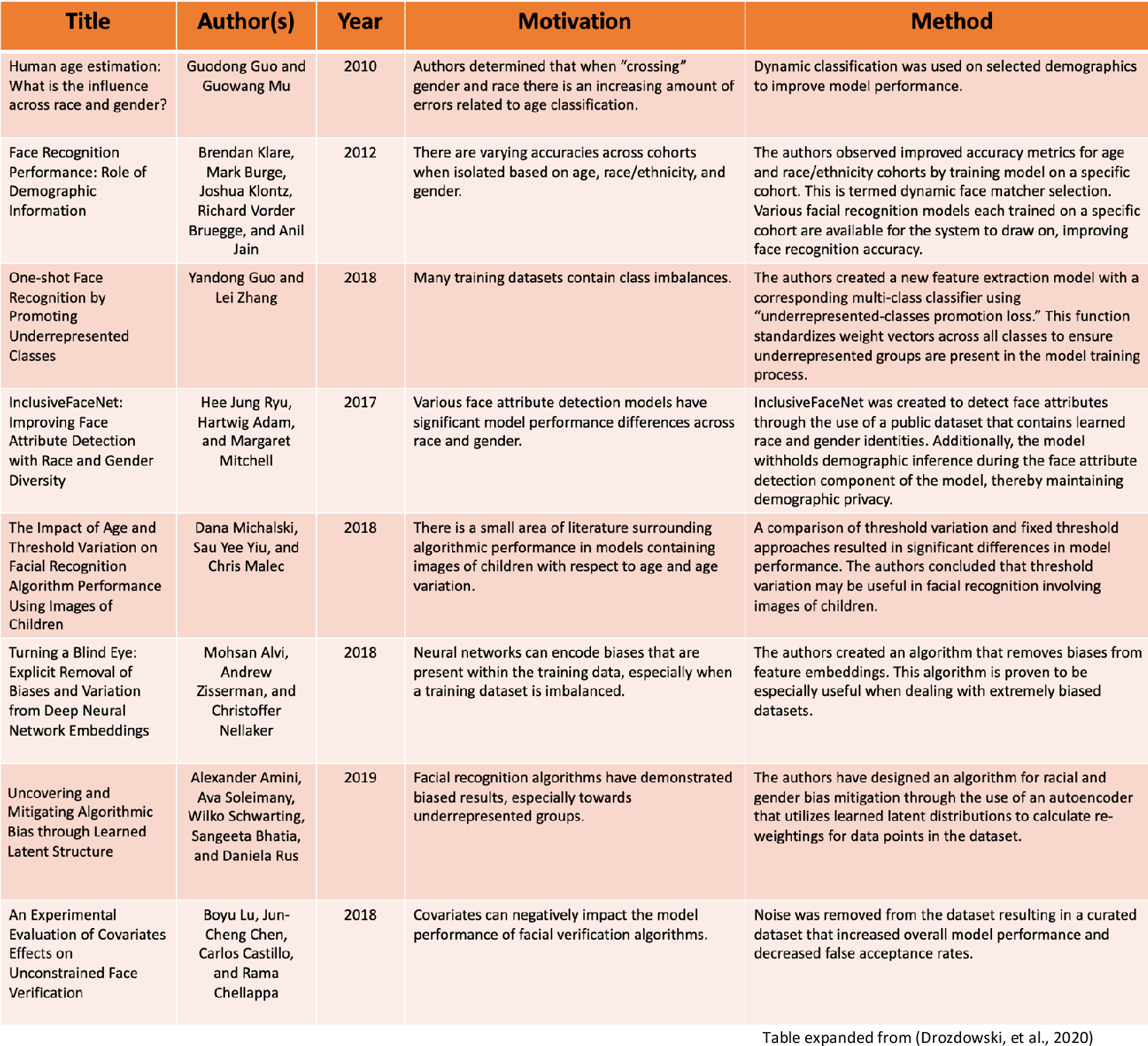 Over the past couple of years, the growing debate around automated facial recognition has reached a boiling point. As developers have continued to swiftly expand the scope of these kinds of technologies into an almost unbounded range of applications, an increasingly strident chorus of critical voices has sounded concerns about the injurious effects of the proliferation of such systems. Opponents argue that the irresponsible design and use of facial detection and recognition technologies (FDRTs) threatens to violate civil liberties, infringe on basic human rights and further entrench structural racism and systemic marginalisation. They also caution that the gradual creep of face surveillance infrastructures into every domain of lived experience may eventually eradicate the modern democratic forms of life that have long provided cherished means to individual flourishing, social solidarity and human self-creation. Defenders, by contrast, emphasise the gains in public safety, security and efficiency that digitally streamlined capacities for facial identification, identity verification and trait characterisation may bring. In this explainer, I focus on one central aspect of this debate: the role that dynamics of bias and discrimination play in the development and deployment of FDRTs. I examine how historical patterns of discrimination have made inroads into the design and implementation of FDRTs from their very earliest moments. And, I explain the ways in which the use of biased FDRTs can lead distributional and recognitional injustices. The explainer concludes with an exploration of broader ethical questions around the potential proliferation of pervasive face-based surveillance infrastructures and makes some recommendations for cultivating more responsible approaches to the development and governance of these technologies. 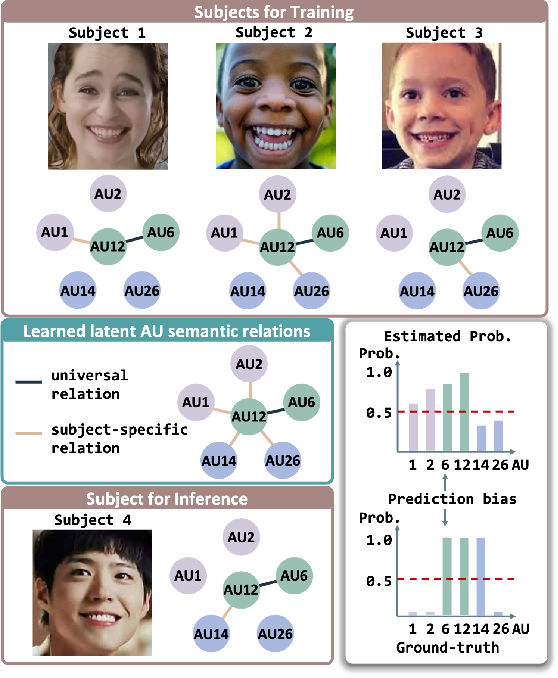 Subject-invariant facial action unit (AU) recognition remains challenging for the reason that the data distribution varies among subjects. In this paper, we propose a causal inference framework for subject-invariant facial action unit recognition. To illustrate the causal effect existing in AU recognition task, we formulate the causalities among facial images, subjects, latent AU semantic relations, and estimated AU occurrence probabilities via a structural causal model. By constructing such a causal diagram, we clarify the causal effect among variables and propose a plug-in causal intervention module, CIS, to deconfound the confounder \emph{Subject} in the causal diagram. Extensive experiments conducted on two commonly used AU benchmark datasets, BP4D and DISFA, show the effectiveness of our CIS, and the model with CIS inserted, CISNet, has achieved state-of-the-art performance. 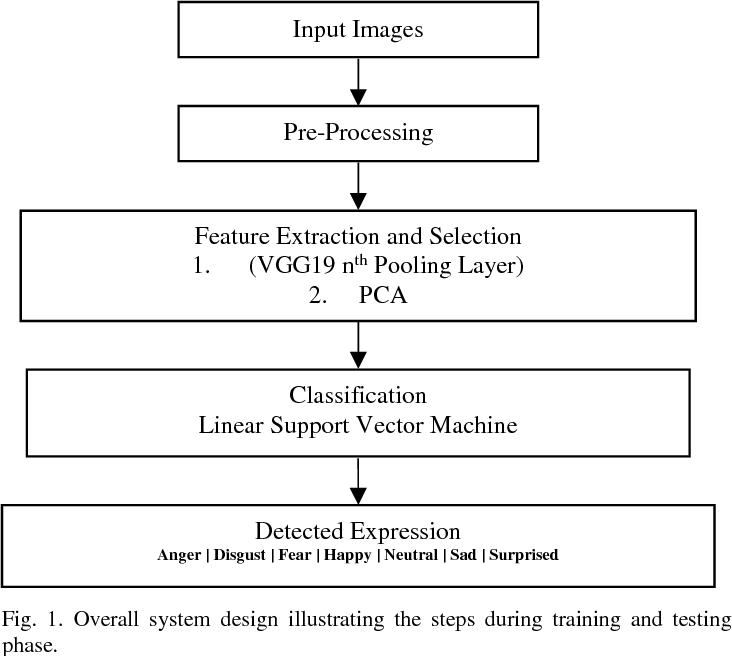 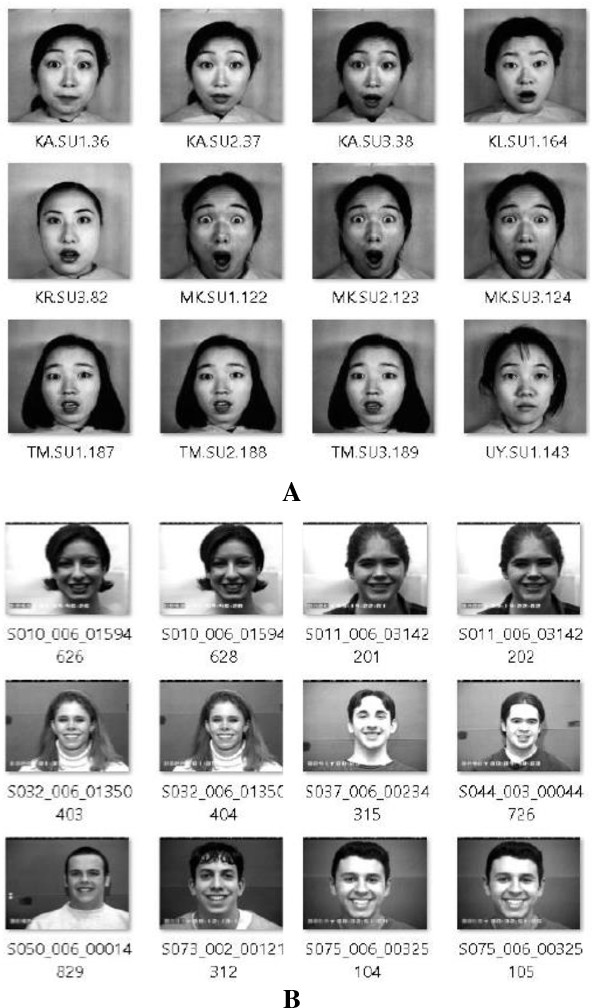 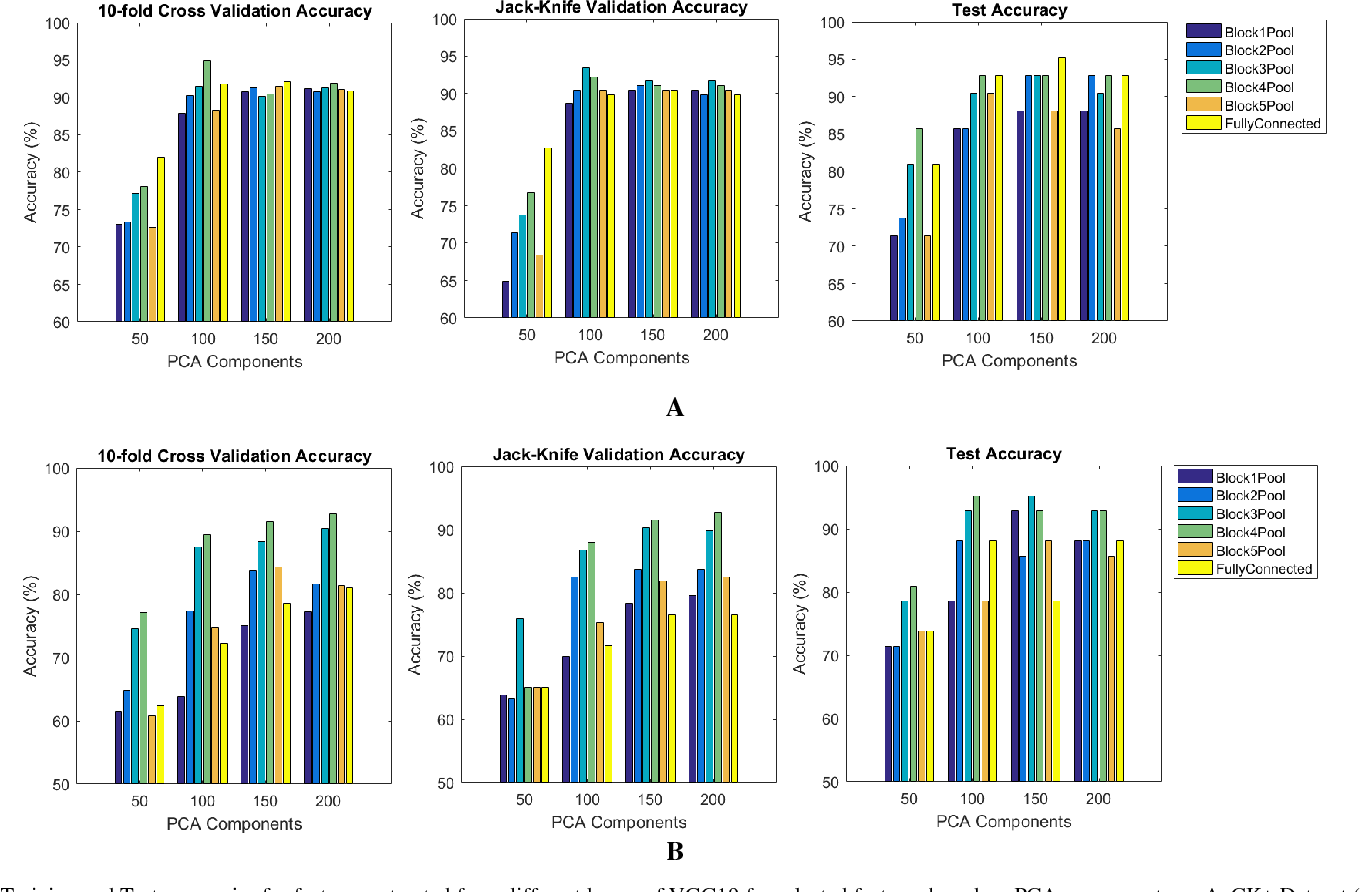 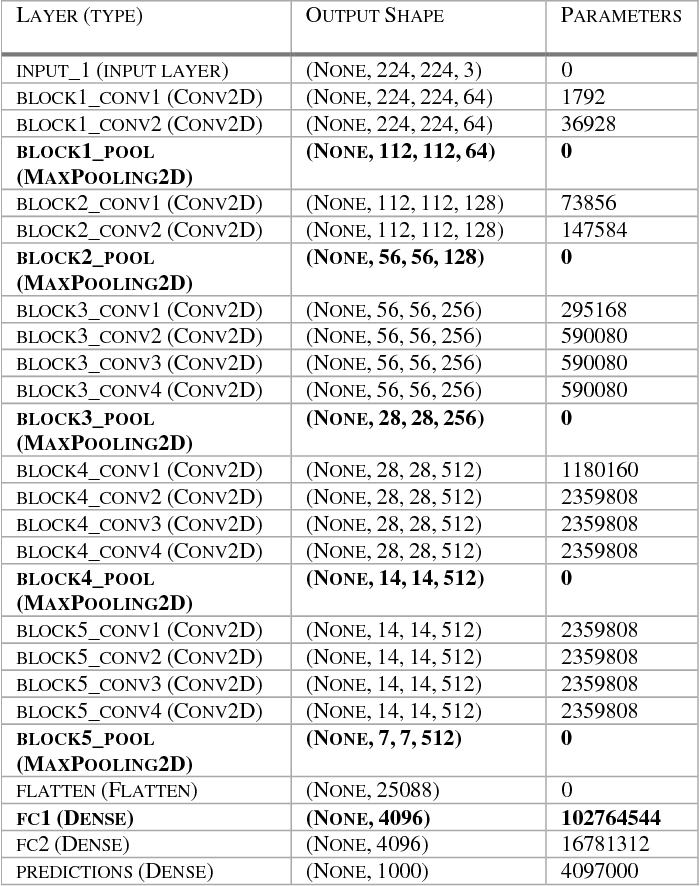 Facial expression recognition has been an active area in computer vision with application areas including animation, social robots, personalized banking, etc. In this study, we explore the problem of image classification for detecting facial expressions based on features extracted from pre-trained convolutional neural networks trained on ImageNet database. Features are extracted and transferred to a Linear Support Vector Machine for classification. All experiments are performed on two publicly available datasets such as JAFFE and CK+ database. The results show that representations learned from pre-trained networks for a task such as object recognition can be transferred, and used for facial expression recognition. Furthermore, for a small dataset, using features from earlier layers of the VGG19 network provides better classification accuracy. Accuracies of 92.26% and 92.86% were achieved for the CK+ and JAFFE datasets respectively.

Does the Goal Matter? Emotion Recognition Tasks Can Change the Social Value of Facial Mimicry towards Artificial Agents 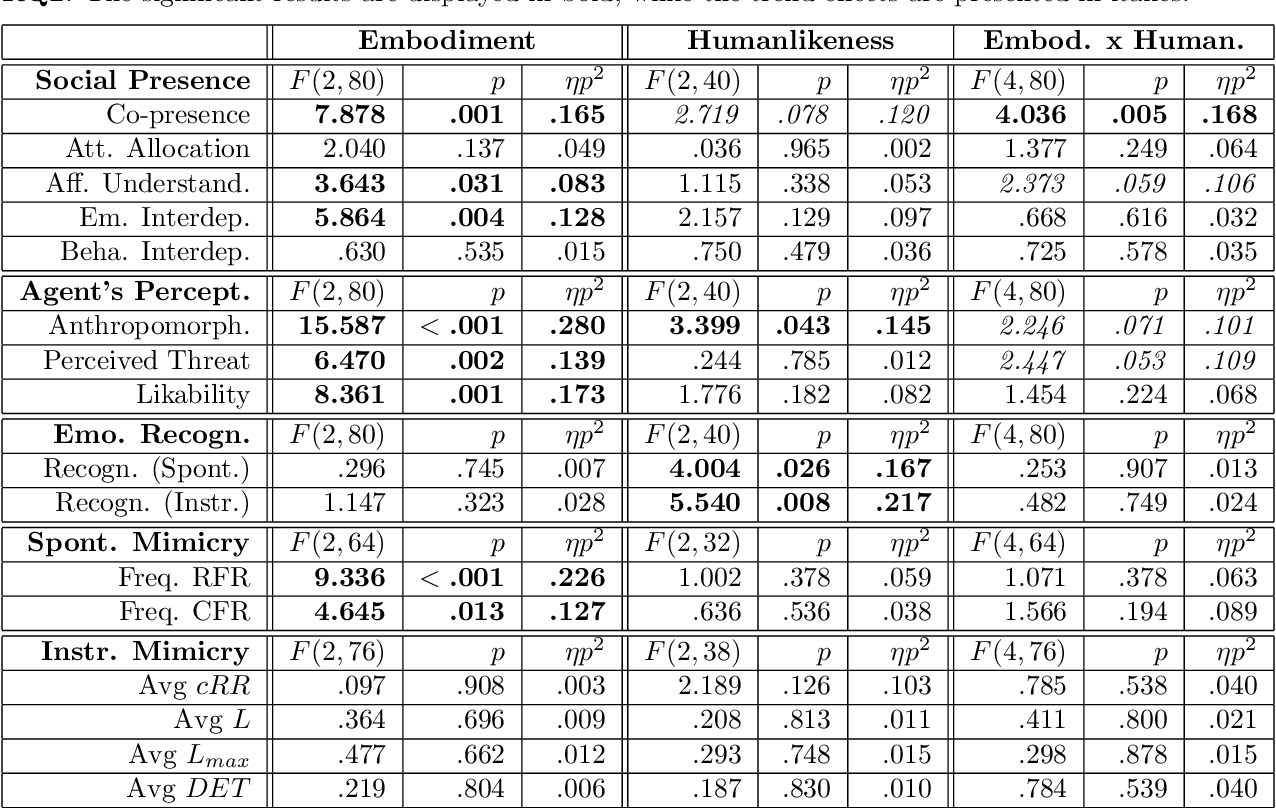 In this paper, we present a study aimed at understanding whether the embodiment and humanlikeness of an artificial agent can affect people's spontaneous and instructed mimicry of its facial expressions. The study followed a mixed experimental design and revolved around an emotion recognition task. Participants were randomly assigned to one level of humanlikeness (between-subject variable: humanlike, characterlike, or morph facial texture of the artificial agents) and observed the facial expressions displayed by a human (control) and three artificial agents differing in embodiment (within-subject variable: video-recorded robot, physical robot, and virtual agent). To study both spontaneous and instructed facial mimicry, we divided the experimental sessions into two phases. In the first phase, we asked participants to observe and recognize the emotions displayed by the agents. In the second phase, we asked them to look at the agents' facial expressions, replicate their dynamics as closely as possible, and then identify the observed emotions. In both cases, we assessed participants' facial expressions with an automated Action Unit (AU) intensity detector. Contrary to our hypotheses, our results disclose that the agent that was perceived as the least uncanny, and most anthropomorphic, likable, and co-present, was the one spontaneously mimicked the least. Moreover, they show that instructed facial mimicry negatively predicts spontaneous facial mimicry. Further exploratory analyses revealed that spontaneous facial mimicry appeared when participants were less certain of the emotion they recognized. Hence, we postulate that an emotion recognition goal can flip the social value of facial mimicry as it transforms a likable artificial agent into a distractor. 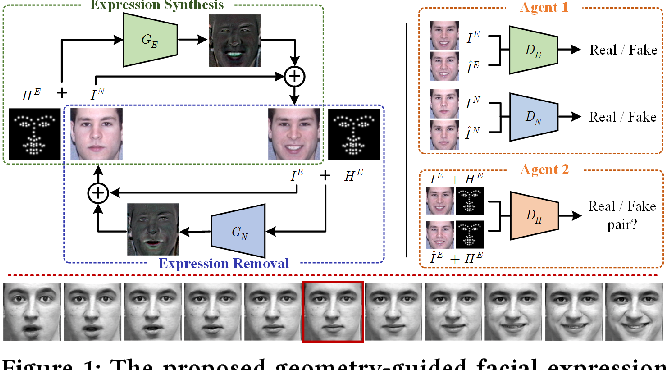 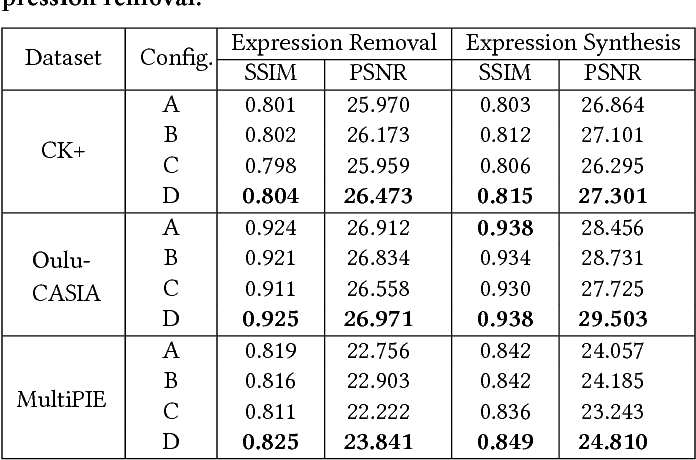 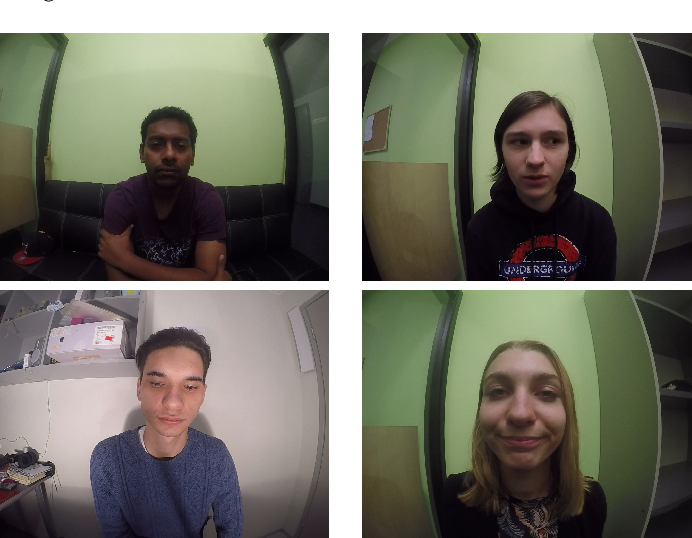 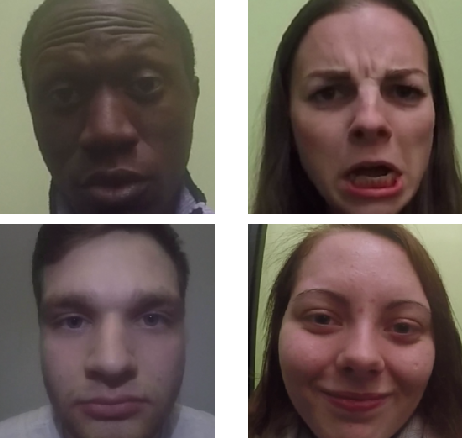 Rapid development of artificial intelligence (AI) systems amplify many concerns in society. These AI algorithms inherit different biases from humans due to mysterious operational flow and because of that it is becoming adverse in usage. As a result, researchers have started to address the issue by investigating deeper in the direction towards Responsible and Explainable AI. Among variety of applications of AI, facial expression recognition might not be the most important one, yet is considered as a valuable part of human-AI interaction. Evolution of facial expression recognition from the feature based methods to deep learning drastically improve quality of such algorithms. This research work aims to study a gender bias in deep learning methods for facial expression recognition by investigating six distinct neural networks, training them, and further analysed on the presence of bias, according to the three definition of fairness. The main outcomes show which models are gender biased, which are not and how gender of subject affects its emotion recognition. More biased neural networks show bigger accuracy gap in emotion recognition between male and female test sets. Furthermore, this trend keeps for true positive and false positive rates. In addition, due to the nature of the research, we can observe which types of emotions are better classified for men and which for women. Since the topic of biases in facial expression recognition is not well studied, a spectrum of continuation of this research is truly extensive, and may comprise detail analysis of state-of-the-art methods, as well as targeting other biases.