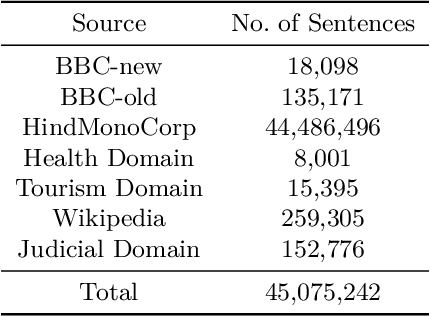 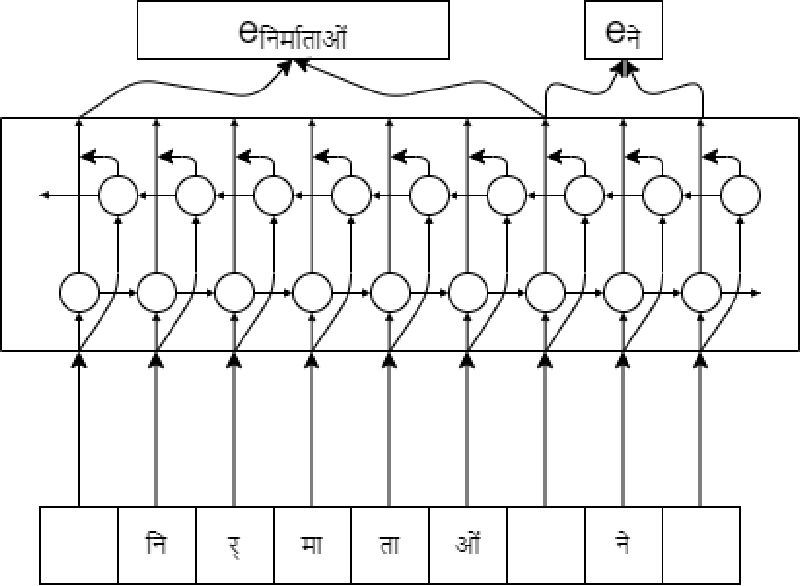 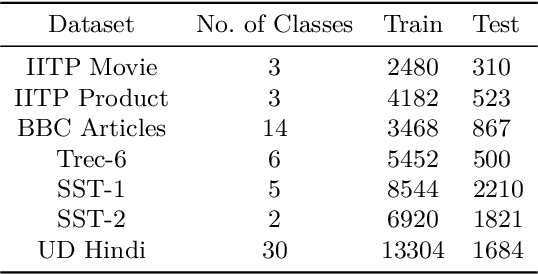 Recent advancements in language models based on recurrent neural networks and transformers architecture have achieved state-of-the-art results on a wide range of natural language processing tasks such as pos tagging, named entity recognition, and text classification. However, most of these language models are pre-trained in high resource languages like English, German, Spanish. Multi-lingual language models include Indian languages like Hindi, Telugu, Bengali in their training corpus, but they often fail to represent the linguistic features of these languages as they are not the primary language of the study. We introduce HinFlair, which is a language representation model (contextual string embeddings) pre-trained on a large monolingual Hindi corpus. Experiments were conducted on 6 text classification datasets and a Hindi dependency treebank to analyze the performance of these contextualized string embeddings for the Hindi language. Results show that HinFlair outperforms previous state-of-the-art publicly available pre-trained embeddings for downstream tasks like text classification and pos tagging. Also, HinFlair when combined with FastText embeddings outperforms many transformers-based language models trained particularly for the Hindi language. 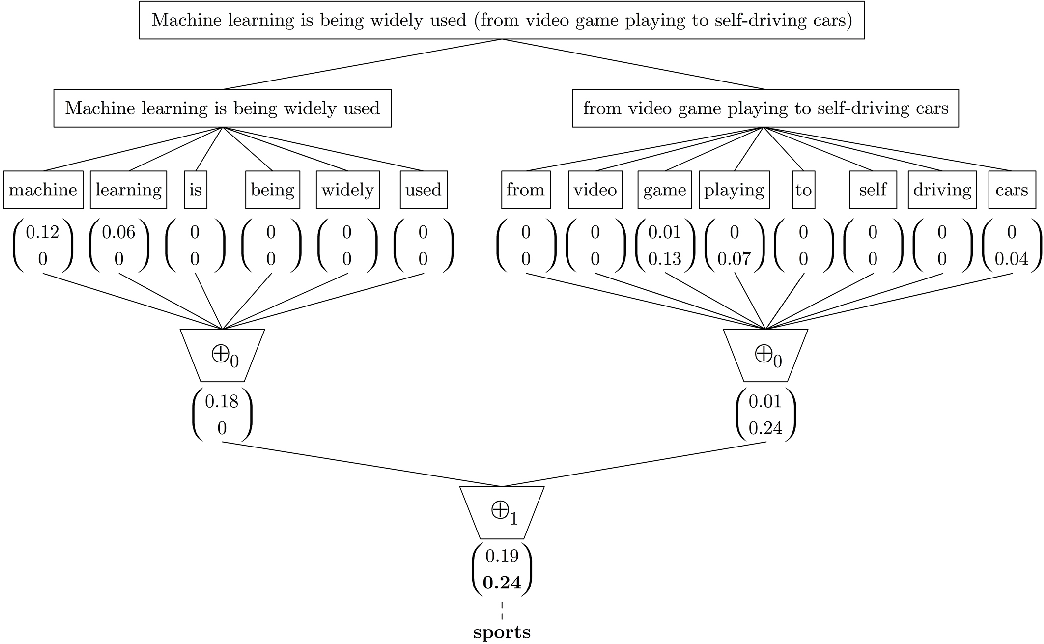 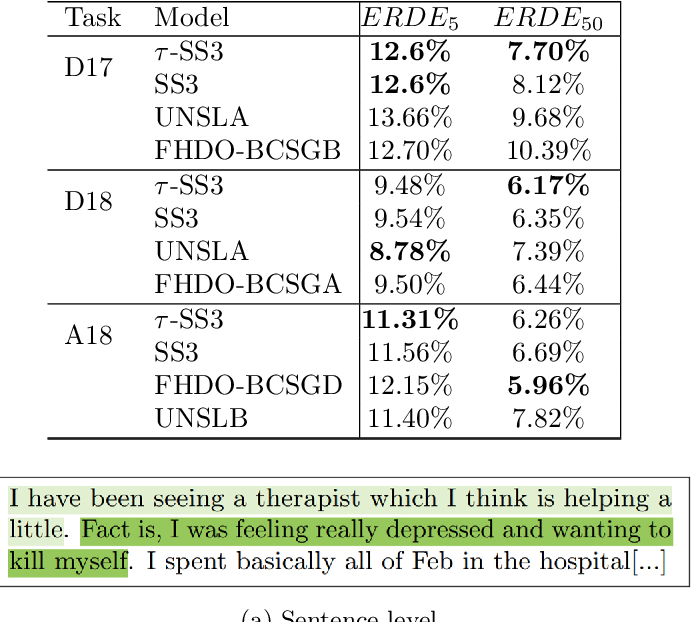 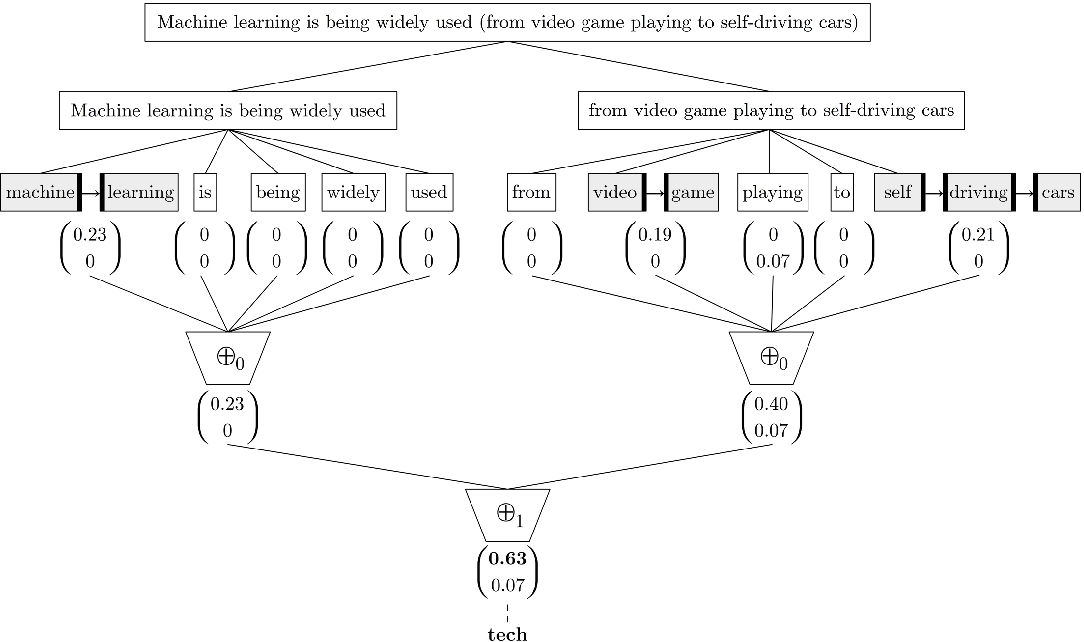 Estimating the difficulty level of math word problems is an important task for many educational applications. Identification of relevant and irrelevant sentences in math word problems is an important step for calculating the difficulty levels of such problems. This paper addresses a novel application of text categorization to identify two types of sentences in mathematical word problems, namely relevant and irrelevant sentences. A novel joint probabilistic classification model is proposed to estimate the joint probability of classification decisions for all sentences of a math word problem by utilizing the correlation among all sentences along with the correlation between the question sentence and other sentences, and sentence text. The proposed model is compared with i) a SVM classifier which makes independent classification decisions for individual sentences by only using the sentence text and ii) a novel SVM classifier that considers the correlation between the question sentence and other sentences along with the sentence text. An extensive set of experiments demonstrates the effectiveness of the joint probabilistic classification model for identifying relevant and irrelevant sentences as well as the novel SVM classifier that utilizes the correlation between the question sentence and other sentences. Furthermore, empirical results and analysis show that i) it is highly beneficial not to remove stopwords and ii) utilizing part of speech tagging does not make a significant improvement although it has been shown to be effective for the related task of math word problem type classification. 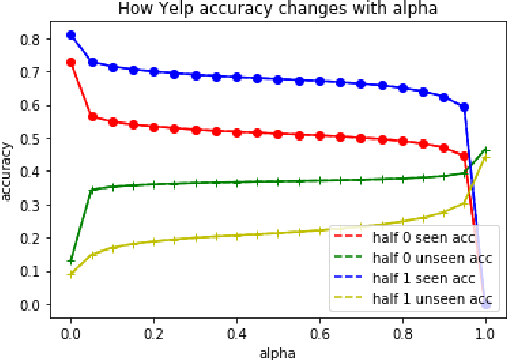 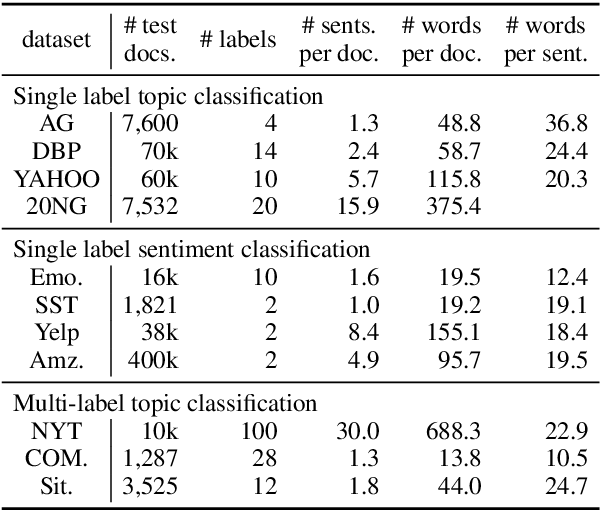 We seek to improve text classification by leveraging naturally annotated data. In particular, we construct a general purpose text categorization dataset (NatCat) from three online resources: Wikipedia, Reddit, and Stack Exchange. These datasets consist of document-category pairs derived from manual curation that occurs naturally by their communities. We build general purpose text classifiers by training on NatCat and evaluate them on a suite of 11 text classification tasks (CatEval). We benchmark different modeling choices and dataset combinations, and show how each task benefits from different NatCat training resources. 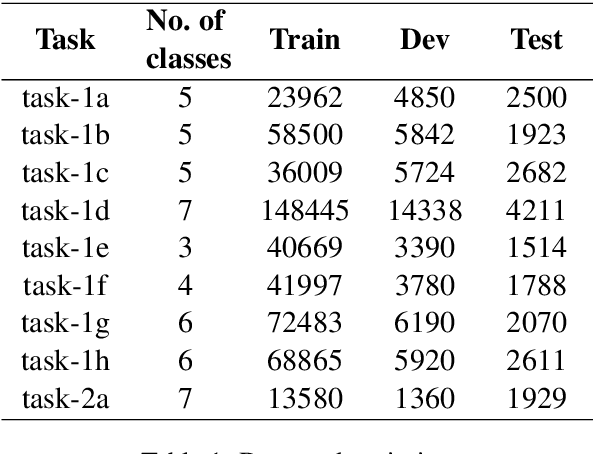 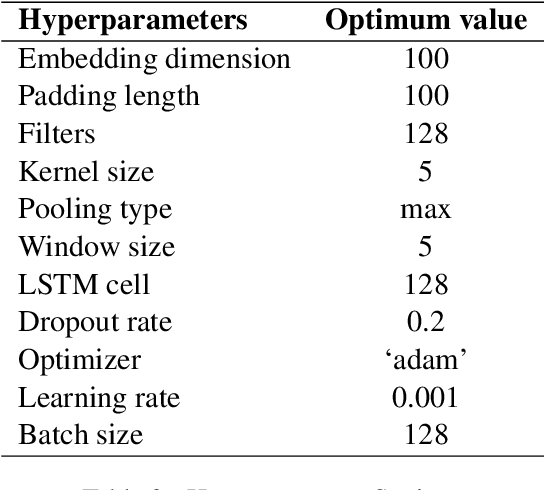 This paper illustrates the details description of technical text classification system and its results that developed as a part of participation in the shared task TechDofication 2020. The shared task consists of two sub-tasks: (i) first task identify the coarse-grained technical domain of given text in a specified language and (ii) the second task classify a text of computer science domain into fine-grained sub-domains. A classification system (called 'TechTexC') is developed to perform the classification task using three techniques: convolution neural network (CNN), bidirectional long short term memory (BiLSTM) network, and combined CNN with BiLSTM. Results show that CNN with BiLSTM model outperforms the other techniques concerning task-1 of sub-tasks (a, b, c and g) and task-2a. This combined model obtained f1 scores of 82.63 (sub-task a), 81.95 (sub-task b), 82.39 (sub-task c), 84.37 (sub-task g), and 67.44 (task-2a) on the development dataset. Moreover, in the case of test set, the combined CNN with BiLSTM approach achieved that higher accuracy for the subtasks 1a (70.76%), 1b (79.97%), 1c (65.45%), 1g (49.23%) and 2a (70.14%). 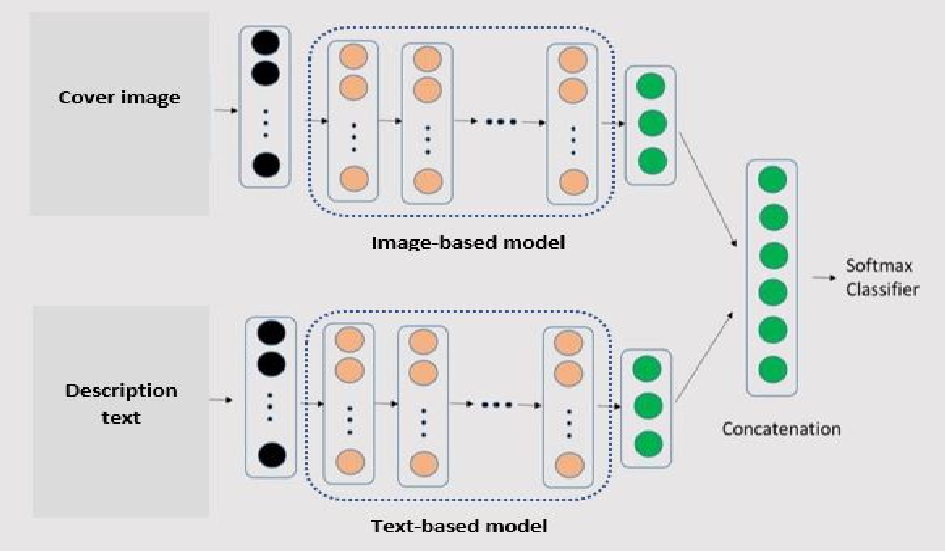 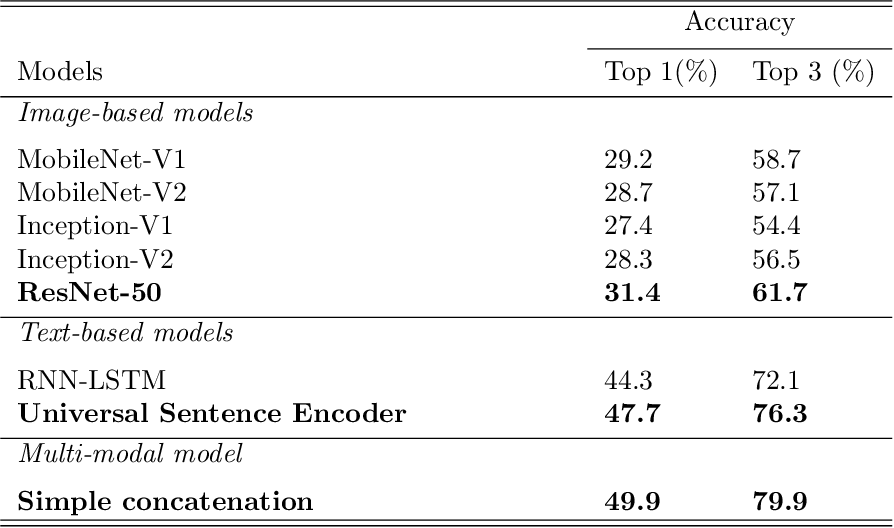 Video game genre classification based on its cover and textual description would be utterly beneficial to many modern identification, collocation, and retrieval systems. At the same time, it is also an extremely challenging task due to the following reasons: First, there exists a wide variety of video game genres, many of which are not concretely defined. Second, video game covers vary in many different ways such as colors, styles, textual information, etc, even for games of the same genre. Third, cover designs and textual descriptions may vary due to many external factors such as country, culture, target reader populations, etc. With the growing competitiveness in the video game industry, the cover designers and typographers push the cover designs to its limit in the hope of attracting sales. The computer-based automatic video game genre classification systems become a particularly exciting research topic in recent years. In this paper, we propose a multi-modal deep learning framework to solve this problem. The contribution of this paper is four-fold. First, we compiles a large dataset consisting of 50,000 video games from 21 genres made of cover images, description text, and title text and the genre information. Second, image-based and text-based, state-of-the-art models are evaluated thoroughly for the task of genre classification for video games. Third, we developed an efficient and salable multi-modal framework based on both images and texts. Fourth, a thorough analysis of the experimental results is given and future works to improve the performance is suggested. The results show that the multi-modal framework outperforms the current state-of-the-art image-based or text-based models. Several challenges are outlined for this task. More efforts and resources are needed for this classification task in order to reach a satisfactory level. 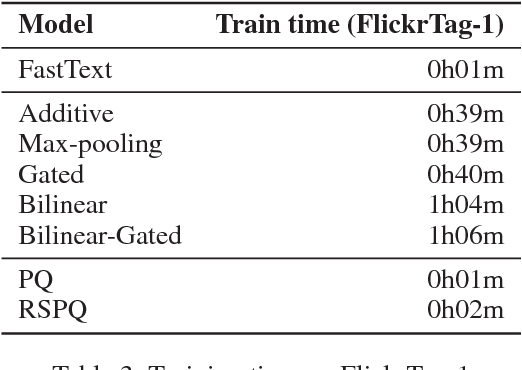 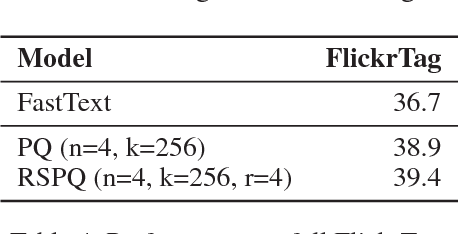 While the incipient internet was largely text-based, the modern digital world is becoming increasingly multi-modal. Here, we examine multi-modal classification where one modality is discrete, e.g. text, and the other is continuous, e.g. visual representations transferred from a convolutional neural network. In particular, we focus on scenarios where we have to be able to classify large quantities of data quickly. We investigate various methods for performing multi-modal fusion and analyze their trade-offs in terms of classification accuracy and computational efficiency. Our findings indicate that the inclusion of continuous information improves performance over text-only on a range of multi-modal classification tasks, even with simple fusion methods. In addition, we experiment with discretizing the continuous features in order to speed up and simplify the fusion process even further. Our results show that fusion with discretized features outperforms text-only classification, at a fraction of the computational cost of full multi-modal fusion, with the additional benefit of improved interpretability. 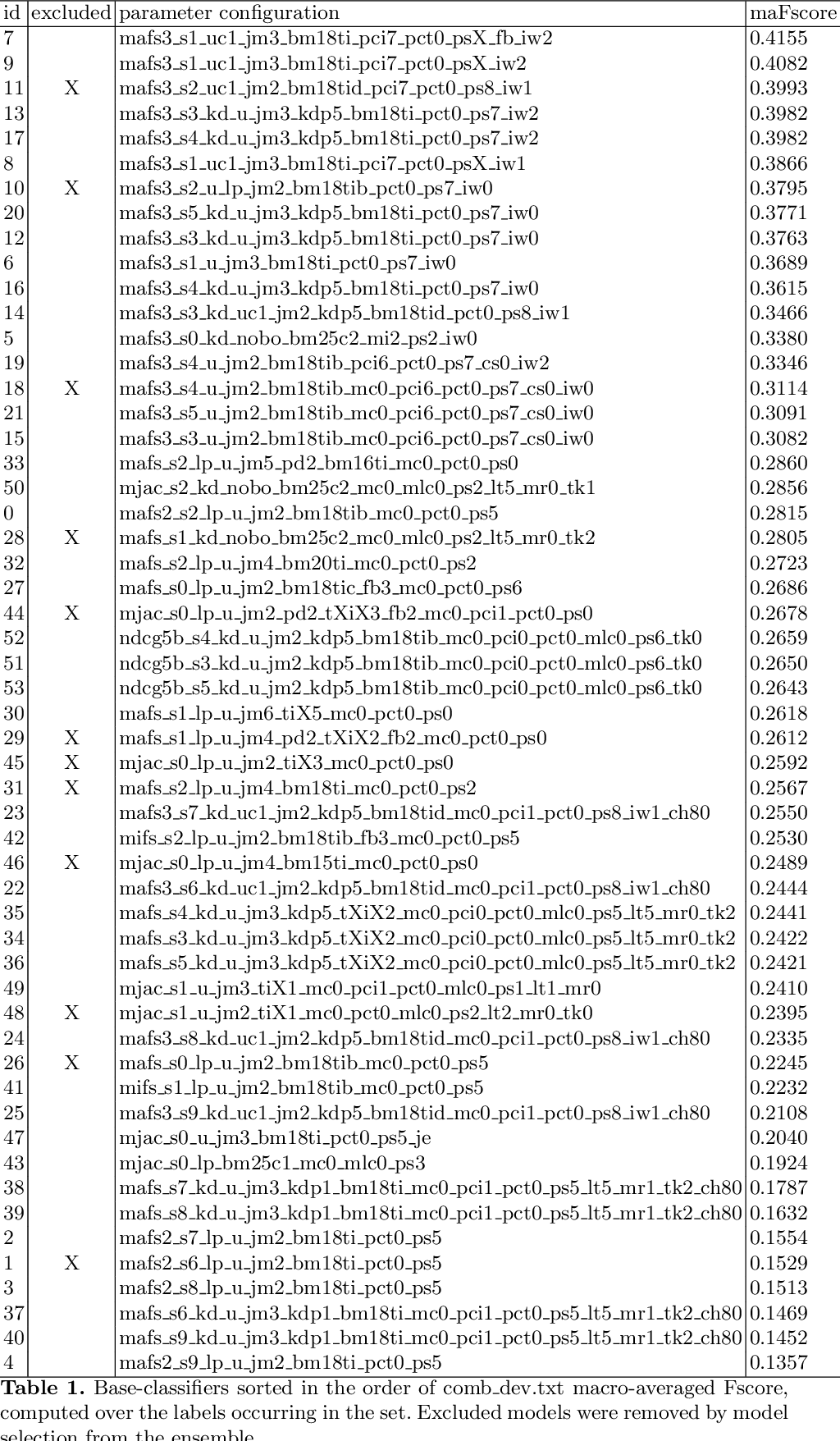 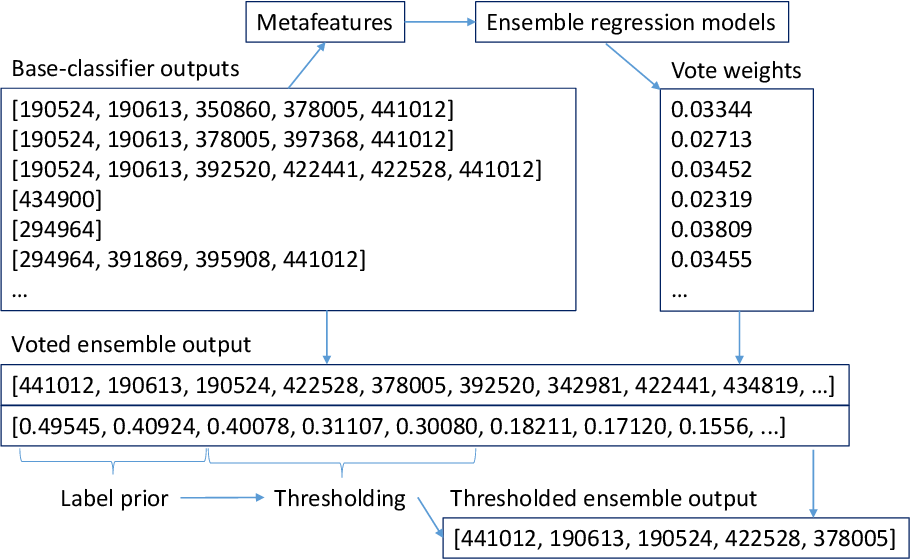 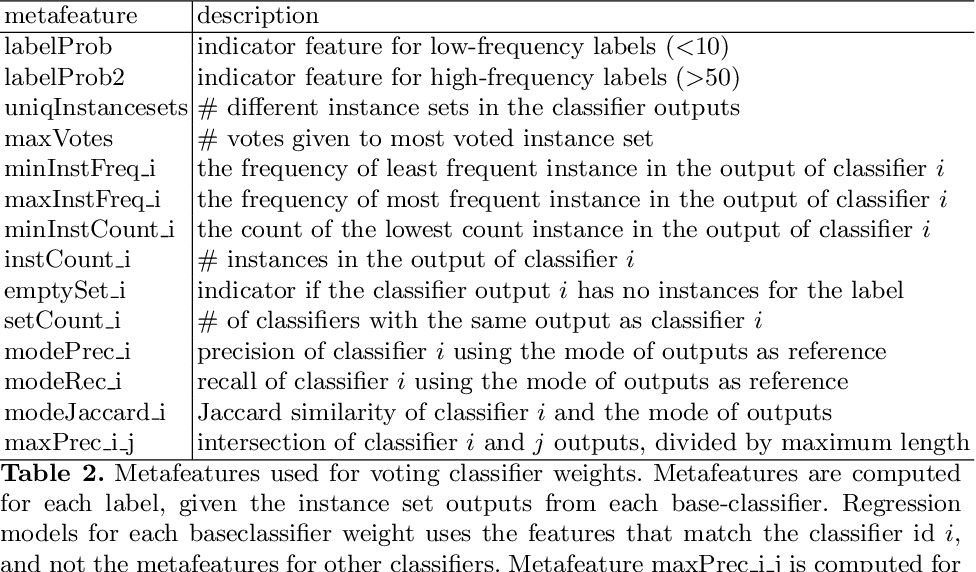 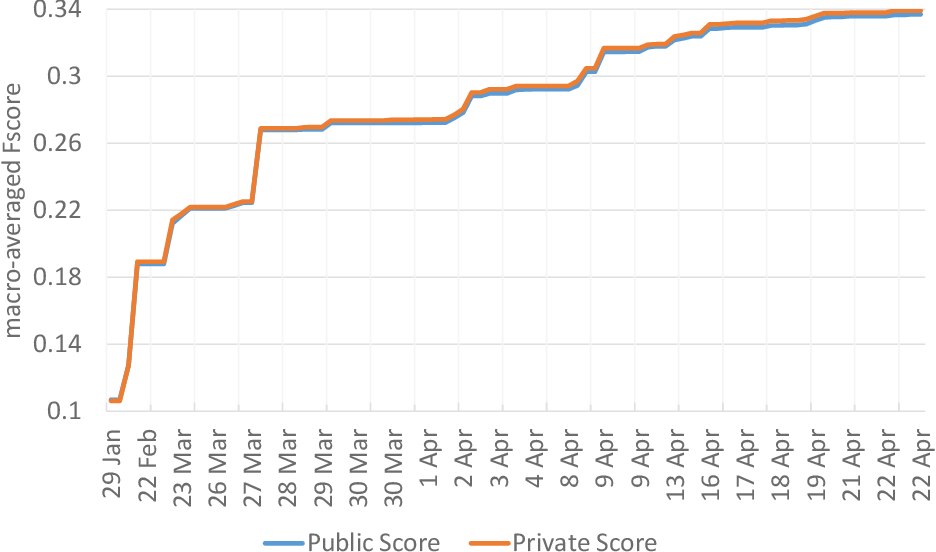 The information age has brought a deluge of data. Much of this is in text form, insurmountable in scope for humans and incomprehensible in structure for computers. Text mining is an expanding field of research that seeks to utilize the information contained in vast document collections. General data mining methods based on machine learning face challenges with the scale of text data, posing a need for scalable text mining methods. This thesis proposes a solution to scalable text mining: generative models combined with sparse computation. A unifying formalization for generative text models is defined, bringing together research traditions that have used formally equivalent models, but ignored parallel developments. This framework allows the use of methods developed in different processing tasks such as retrieval and classification, yielding effective solutions across different text mining tasks. Sparse computation using inverted indices is proposed for inference on probabilistic models. This reduces the computational complexity of the common text mining operations according to sparsity, yielding probabilistic models with the scalability of modern search engines. The proposed combination provides sparse generative models: a solution for text mining that is general, effective, and scalable. Extensive experimentation on text classification and ranked retrieval datasets are conducted, showing that the proposed solution matches or outperforms the leading task-specific methods in effectiveness, with a order of magnitude decrease in classification times for Wikipedia article categorization with a million classes. The developed methods were further applied in two 2014 Kaggle data mining prize competitions with over a hundred competing teams, earning first and second places. 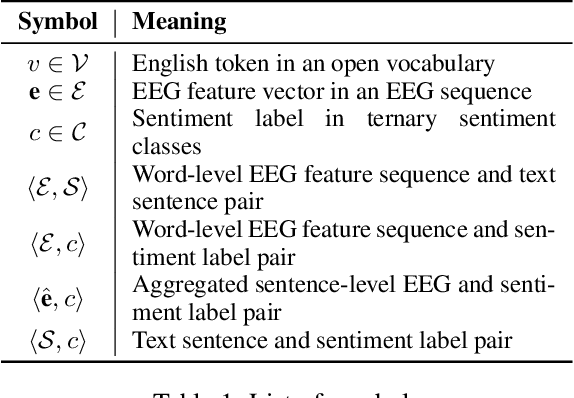 State-of-the-art brain-to-text systems have achieved great success in decoding language directly from brain signals using neural networks. However, current approaches are limited to small closed vocabularies which are far from enough for natural communication. In addition, most of the high-performing approaches require data from invasive devices (e.g., ECoG). In this paper, we extend the problem to open vocabulary Electroencephalography(EEG)-To-Text Sequence-To-Sequence decoding and zero-shot sentence sentiment classification on natural reading tasks. We hypothesis that the human brain functions as a special text encoder and propose a novel framework leveraging pre-trained language models (e.g., BART). Our model achieves a 40.1% BLEU-1 score on EEG-To-Text decoding and a 55.6% F1 score on zero-shot EEG-based ternary sentiment classification, which significantly outperforms supervised baselines. Furthermore, we show that our proposed model can handle data from various subjects and sources, showing great potential for a high-performance open vocabulary brain-to-text system once sufficient data is available