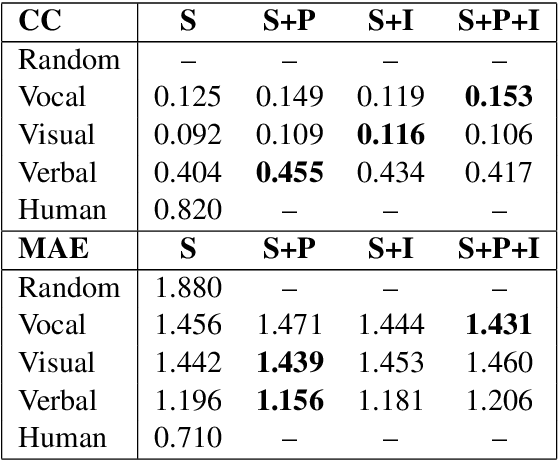 Sentiment Analysis by Joint Learning of Word Embeddings and Classifier 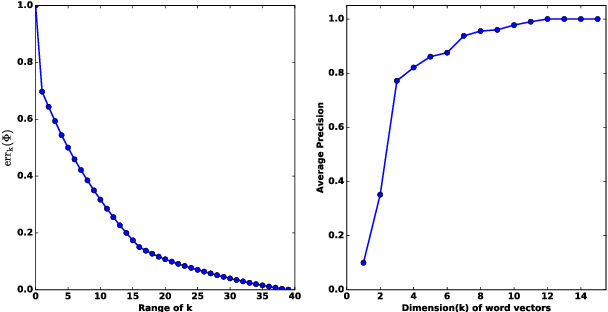 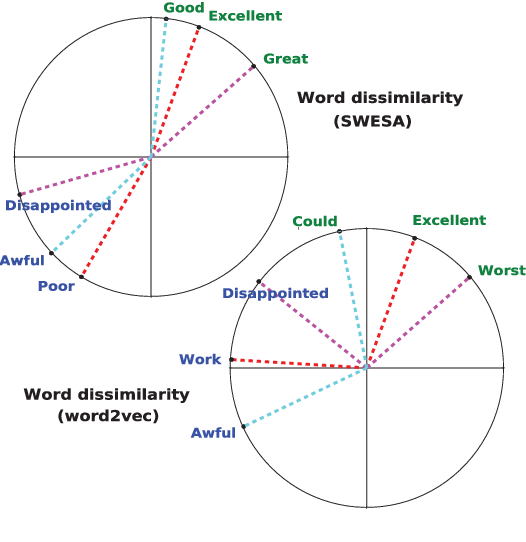 Word embeddings are representations of individual words of a text document in a vector space and they are often use- ful for performing natural language pro- cessing tasks. Current state of the art al- gorithms for learning word embeddings learn vector representations from large corpora of text documents in an unsu- pervised fashion. This paper introduces SWESA (Supervised Word Embeddings for Sentiment Analysis), an algorithm for sentiment analysis via word embeddings. SWESA leverages document label infor- mation to learn vector representations of words from a modest corpus of text doc- uments by solving an optimization prob- lem that minimizes a cost function with respect to both word embeddings as well as classification accuracy. Analysis re- veals that SWESA provides an efficient way of estimating the dimension of the word embeddings that are to be learned. Experiments on several real world data sets show that SWESA has superior per- formance when compared to previously suggested approaches to word embeddings and sentiment analysis tasks. 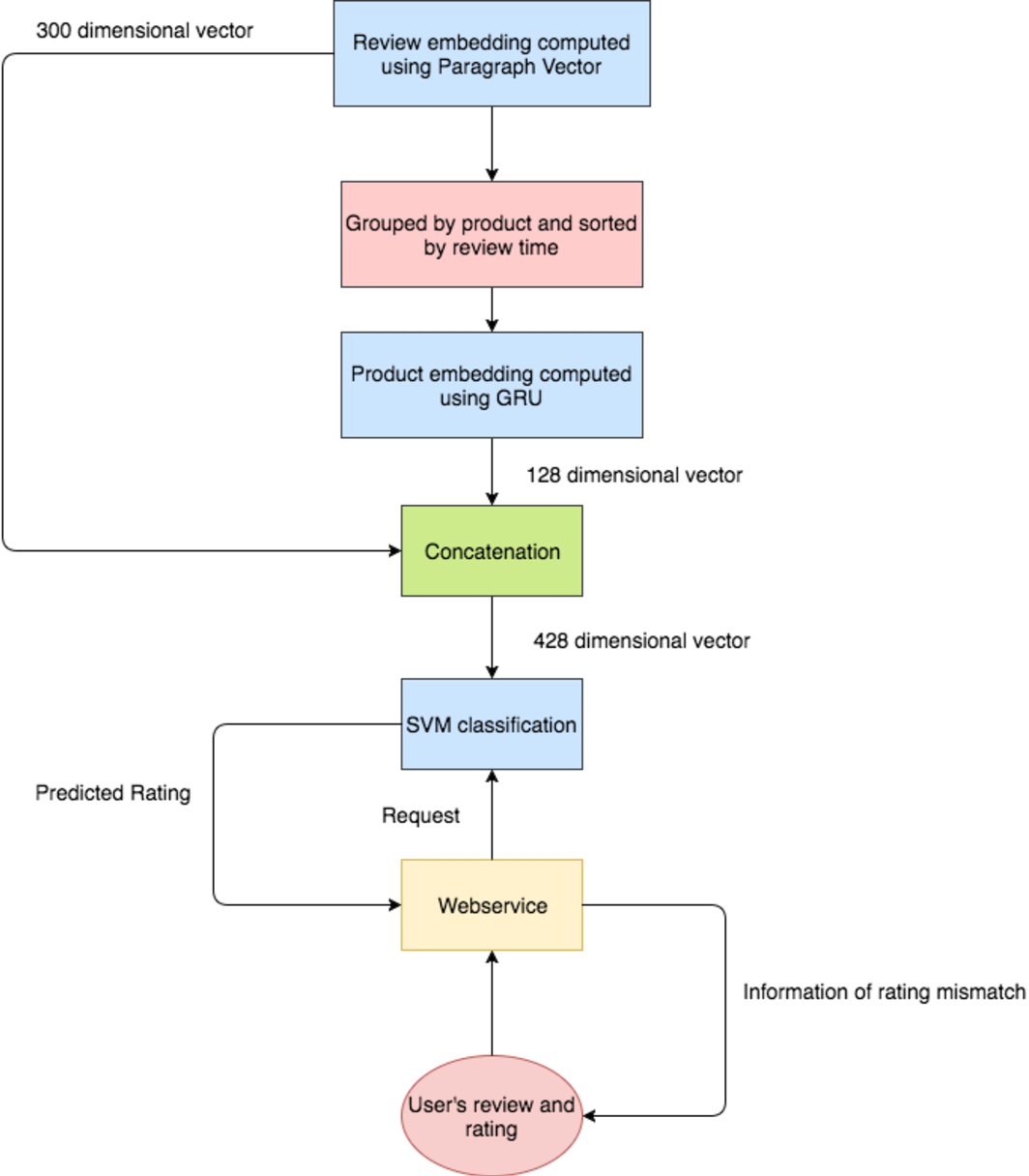 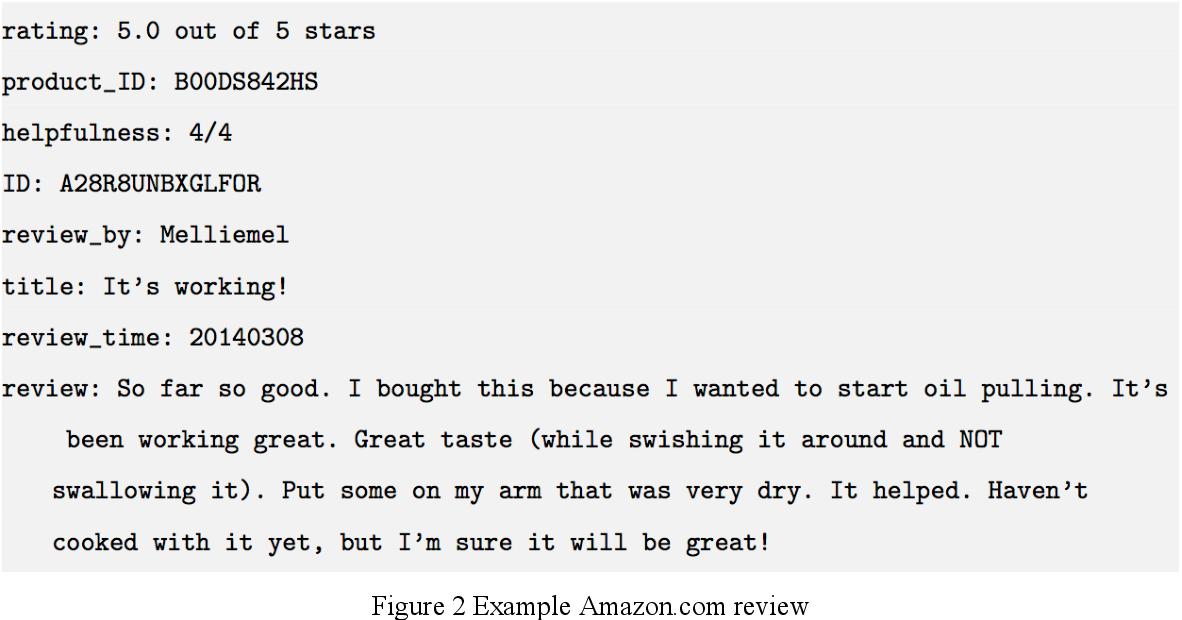 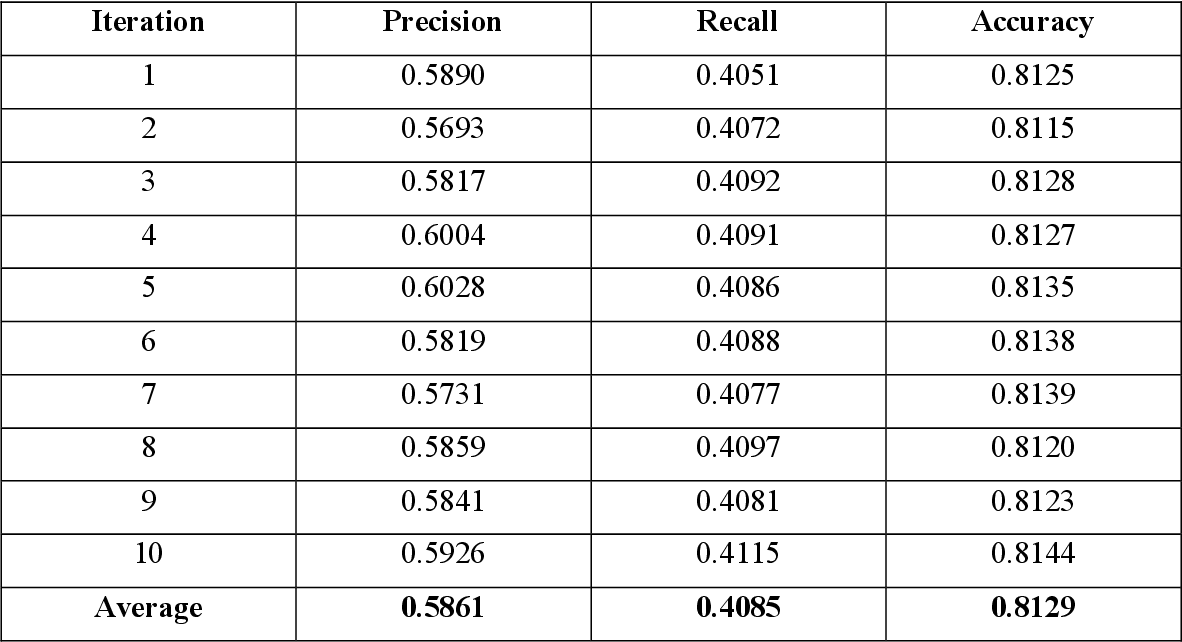 Our study employs sentiment analysis to evaluate the compatibility of Amazon.com reviews with their corresponding ratings. Sentiment analysis is the task of identifying and classifying the sentiment expressed in a piece of text as being positive or negative. On e-commerce websites such as Amazon.com, consumers can submit their reviews along with a specific polarity rating. In some instances, there is a mismatch between the review and the rating. To identify the reviews with mismatched ratings we performed sentiment analysis using deep learning on Amazon.com product review data. Product reviews were converted to vectors using paragraph vector, which then was used to train a recurrent neural network with gated recurrent unit. Our model incorporated both semantic relationship of review text and product information. We also developed a web service application that predicts the rating score for a submitted review using the trained model and if there is a mismatch between predicted rating score and submitted rating score, it provides feedback to the reviewer. 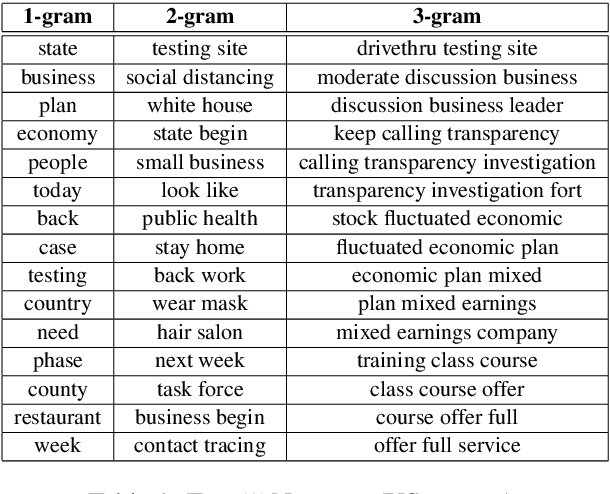 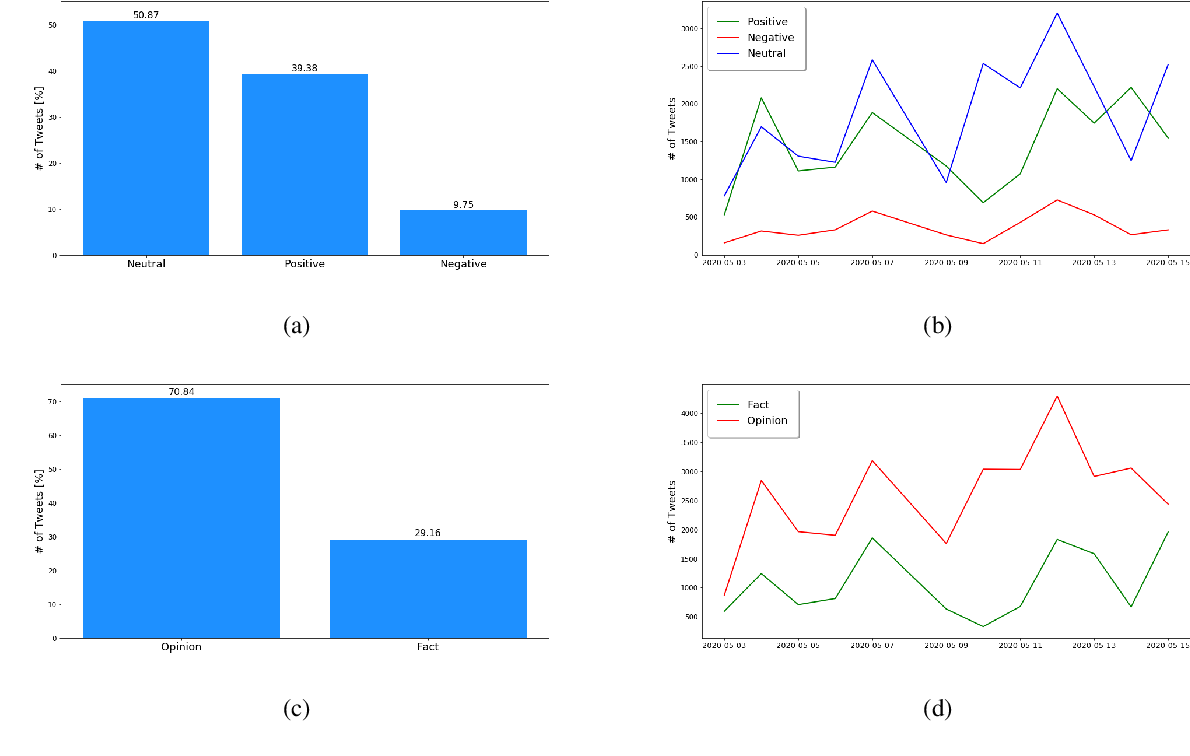 The novel coronavirus (COVID-19) pandemic is the most talked topic in social media platforms in 2020. People are using social media such as Twitter to express their opinion and share information on a number of issues related to the COVID-19 in this stay at home order. In this paper, we investigate the sentiment and emotion of peoples in the United States on the subject of reopening. We choose the social media platform Twitter for our analysis and study the Tweets to discover the sentimental perspective, emotional perspective, and triggering words towards the reopening. During this COVID-19 pandemic, researchers have made some analysis on various social media dataset regarding lockdown and stay at home. However, in our analysis, we are particularly interested to analyse public sentiment on reopening. Our major finding is that when all states resorted to lockdown in March, people showed dominant emotion of fear, but as reopening starts people have less fear. While this may be true, due to this reopening phase daily positive cases are rising compared to the lockdown situation. Overall, people have a less negative sentiment towards the situation of reopening. 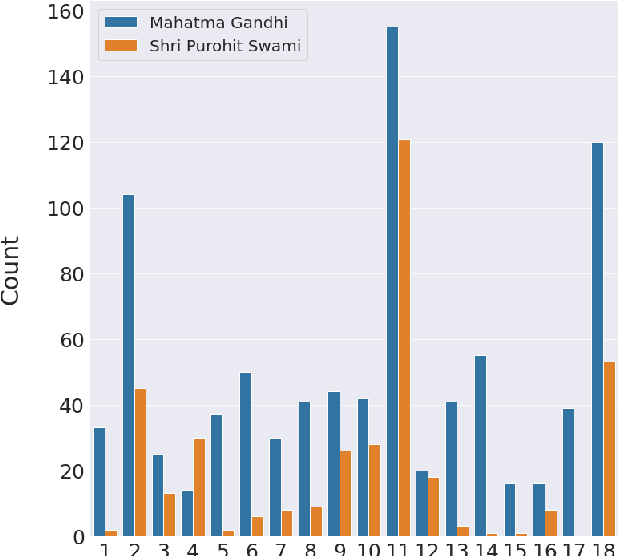 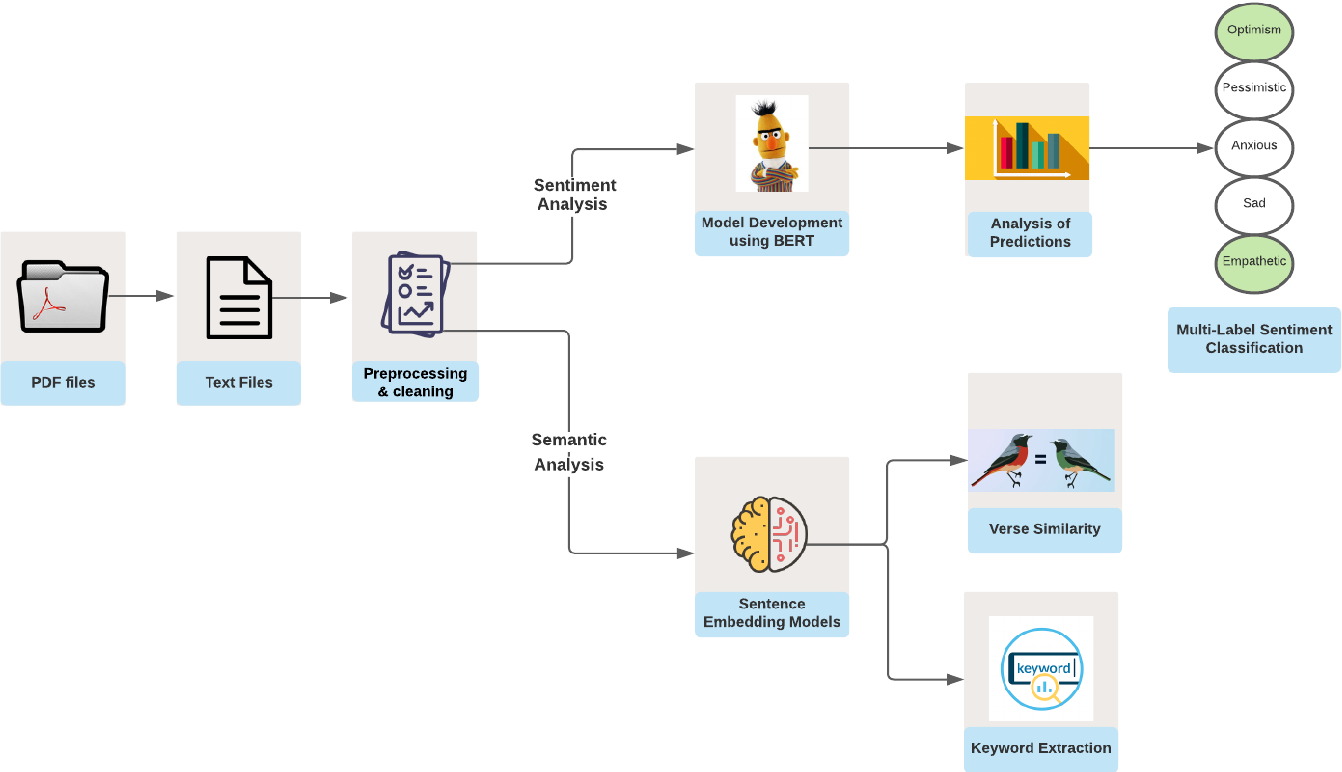 It is well known that translations of songs and poems not only breaks rhythm and rhyming patterns, but also results in loss of semantic information. The Bhagavad Gita is an ancient Hindu philosophical text originally written in Sanskrit that features a conversation between Lord Krishna and Arjuna prior to the Mahabharata war. The Bhagavad Gita is also one of the key sacred texts in Hinduism and known as the forefront of the Vedic corpus of Hinduism. In the last two centuries, there has been a lot of interest in Hindu philosophy by western scholars and hence the Bhagavad Gita has been translated in a number of languages. However, there is not much work that validates the quality of the English translations. Recent progress of language models powered by deep learning has enabled not only translations but better understanding of language and texts with semantic and sentiment analysis. Our work is motivated by the recent progress of language models powered by deep learning methods. In this paper, we compare selected translations (mostly from Sanskrit to English) of the Bhagavad Gita using semantic and sentiment analyses. We use hand-labelled sentiment dataset for tuning state-of-art deep learning-based language model known as \textit{bidirectional encoder representations from transformers} (BERT). We use novel sentence embedding models to provide semantic analysis for selected chapters and verses across translations. Finally, we use the aforementioned models for sentiment and semantic analyses and provide visualisation of results. Our results show that although the style and vocabulary in the respective Bhagavad Gita translations vary widely, the sentiment analysis and semantic similarity shows that the message conveyed are mostly similar across the translations. 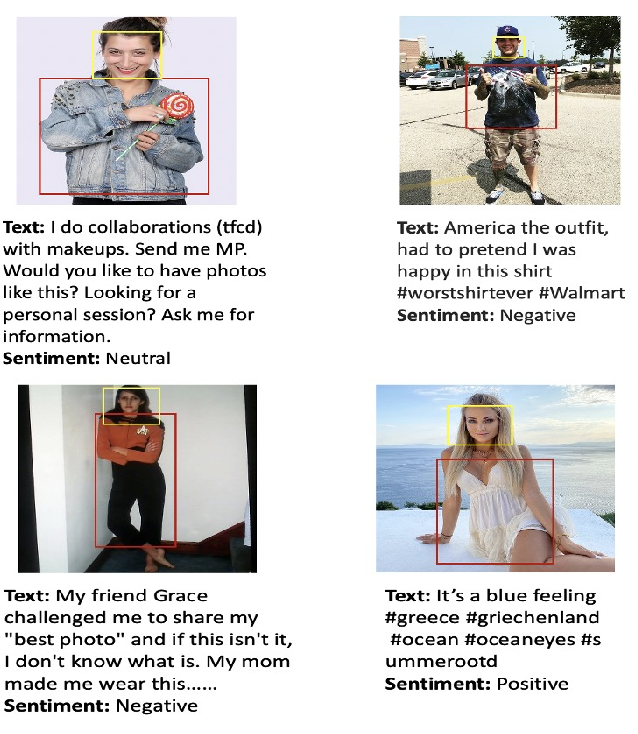 The role of social media in fashion industry has been blooming as the years have continued on. In this work, we investigate sentiment analysis for fashion related posts in social media platforms. There are two main challenges of this task. On the first place, information of different modalities must be jointly considered to make the final predictions. On the second place, some unique fashion related attributes should be taken into account. While most existing works focus on traditional multimodal sentiment analysis, they always fail to exploit the fashion related attributes in this task. We propose a novel framework that jointly leverages the image vision, post text, as well as fashion attribute modality to determine the sentiment category. One characteristic of our model is that it extracts fashion attributes and integrates them with the image vision information for effective representation. Furthermore, it exploits the mutual relationship between the fashion attributes and the post texts via a mutual attention mechanism. Since there is no existing dataset suitable for this task, we prepare a large-scale sentiment analysis dataset of over 12k fashion related social media posts. Extensive experiments are conducted to demonstrate the effectiveness of our model. 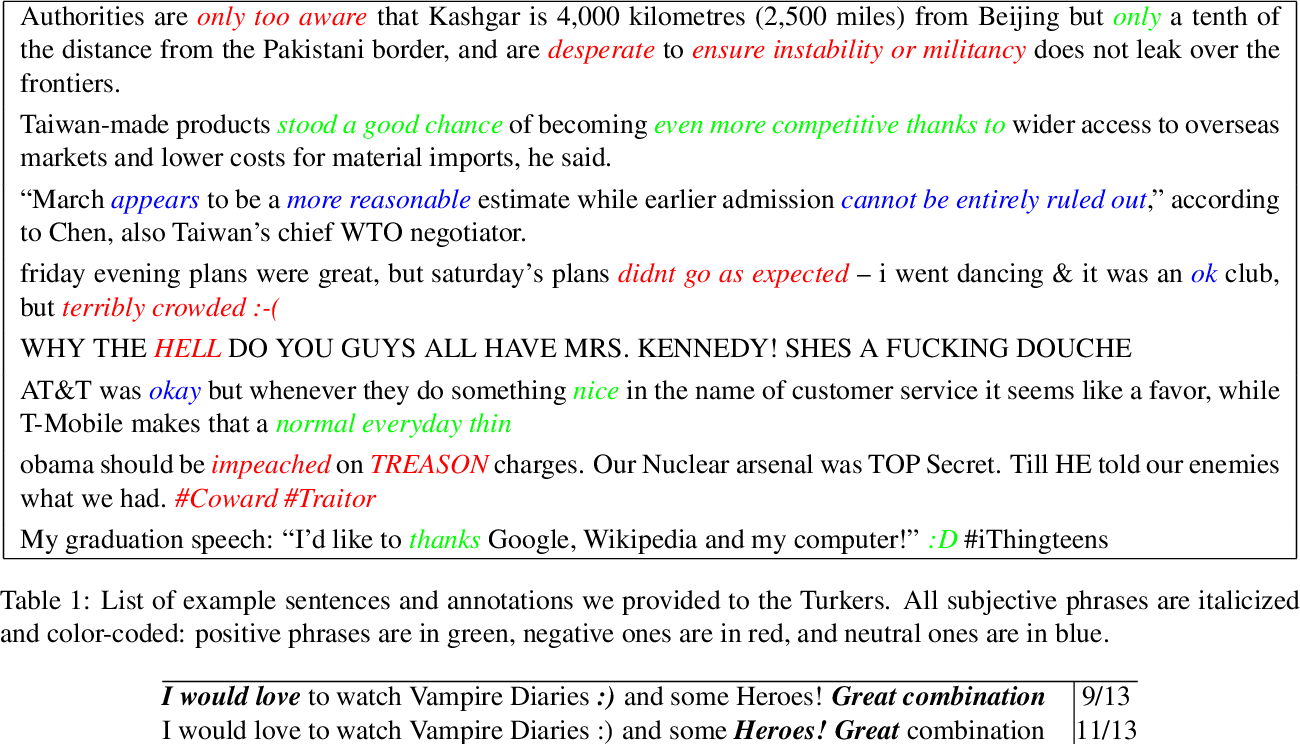 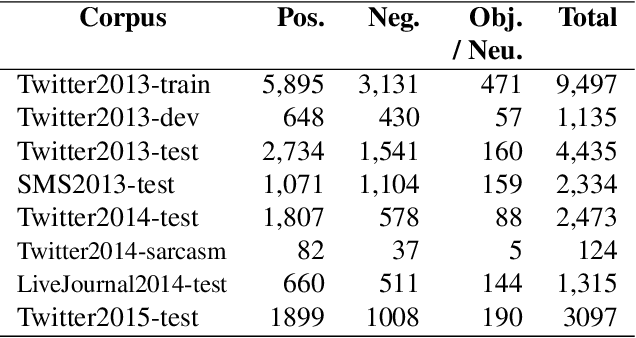 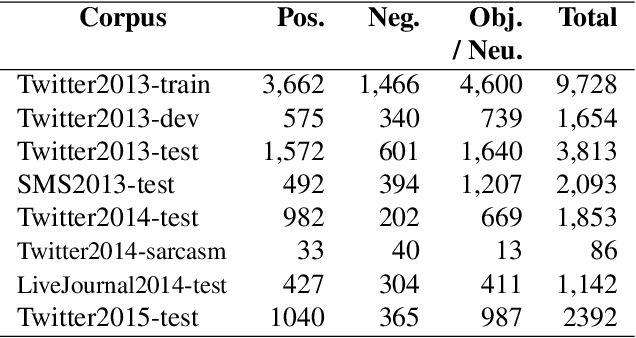 In this paper, we describe the 2015 iteration of the SemEval shared task on Sentiment Analysis in Twitter. This was the most popular sentiment analysis shared task to date with more than 40 teams participating in each of the last three years. This year's shared task competition consisted of five sentiment prediction subtasks. Two were reruns from previous years: (A) sentiment expressed by a phrase in the context of a tweet, and (B) overall sentiment of a tweet. We further included three new subtasks asking to predict (C) the sentiment towards a topic in a single tweet, (D) the overall sentiment towards a topic in a set of tweets, and (E) the degree of prior polarity of a phrase. 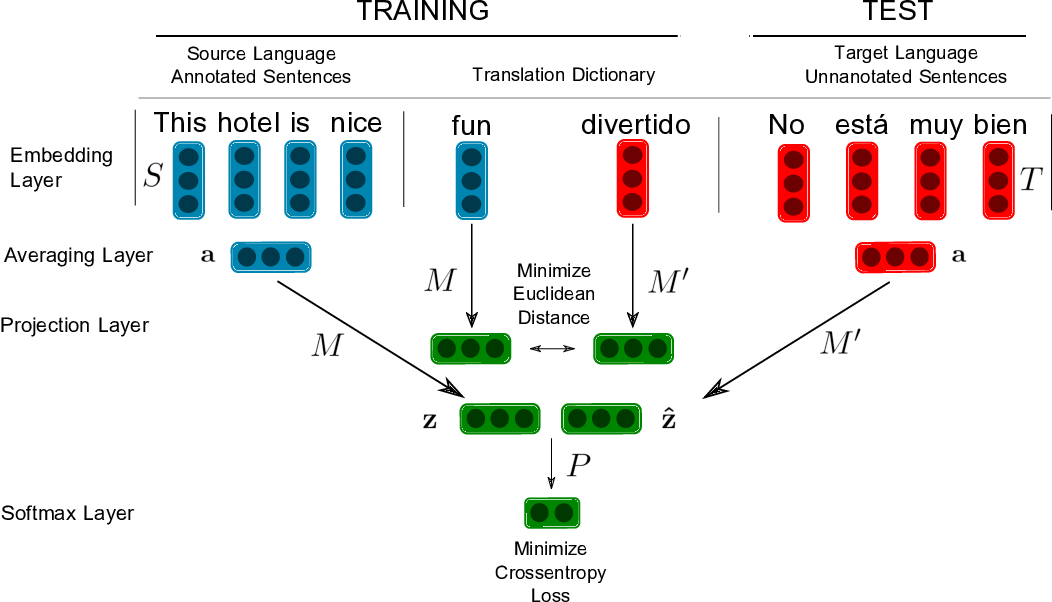 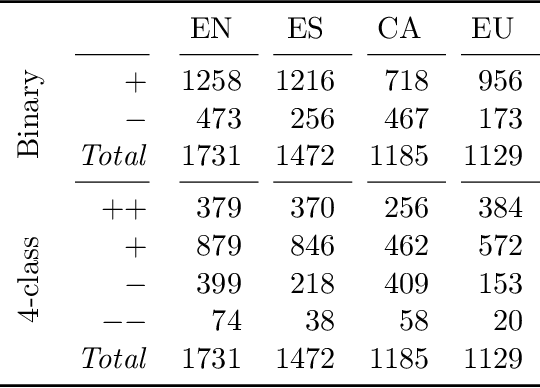 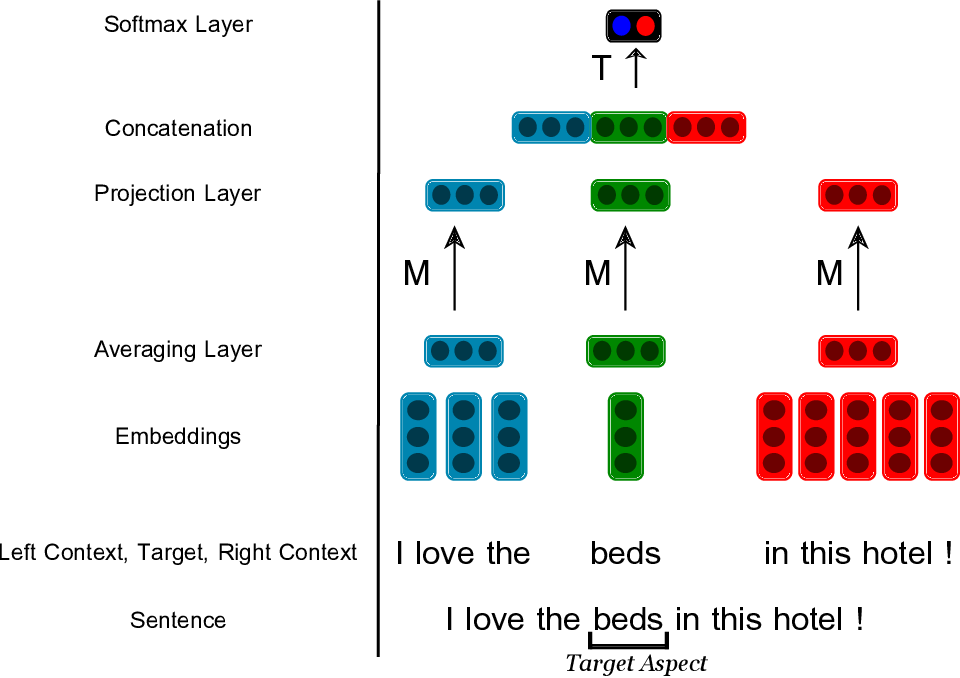 Sentiment analysis benefits from large, hand-annotated resources in order to train and test machine learning models, which are often data hungry. While some languages, e.g., English, have a vast array of these resources, most under-resourced languages do not, especially for fine-grained sentiment tasks, such as aspect-level or targeted sentiment analysis. To improve this situation, we propose a cross-lingual approach to sentiment analysis that is applicable to under-resourced languages and takes into account target-level information. This model incorporates sentiment information into bilingual distributional representations, by jointly optimizing them for semantics and sentiment, showing state-of-the-art performance at sentence-level when combined with machine translation. The adaptation to targeted sentiment analysis on multiple domains shows that our model outperforms other projection-based bilingual embedding methods on binary targeted sentiment tasks. Our analysis on ten languages demonstrates that the amount of unlabeled monolingual data has surprisingly little effect on the sentiment results. As expected, the choice of annotated source language for projection to a target leads to better results for source-target language pairs which are similar. Therefore, our results suggest that more efforts should be spent on the creation of resources for less similar languages to those which are resource-rich already. Finally, a domain mismatch leads to a decreased performance. This suggests resources in any language should ideally cover varieties of domains.

Can Sentiment Analysis Reveal Structure in a Plotless Novel?

Modernist novels are thought to break with traditional plot structure. In this paper, we test this theory by applying Sentiment Analysis to one of the most famous modernist novels, To the Lighthouse by Virginia Woolf. We first assess Sentiment Analysis in light of the critique that it cannot adequately account for literary language: we use a unique statistical comparison to demonstrate that even simple lexical approaches to Sentiment Analysis are surprisingly effective. We then use the Syuzhet.R package to explore similarities and differences across modeling methods. This comparative approach, when paired with literary close reading, can offer interpretive clues. To our knowledge, we are the first to undertake a hybrid model that fully leverages the strengths of both computational analysis and close reading. This hybrid model raises new questions for the literary critic, such as how to interpret relative versus absolute emotional valence and how to take into account subjective identification. Our finding is that while To the Lighthouse does not replicate a plot centered around a traditional hero, it does reveal an underlying emotional structure distributed between characters - what we term a distributed heroine model. This finding is innovative in the field of modernist and narrative studies and demonstrates that a hybrid method can yield significant discoveries.