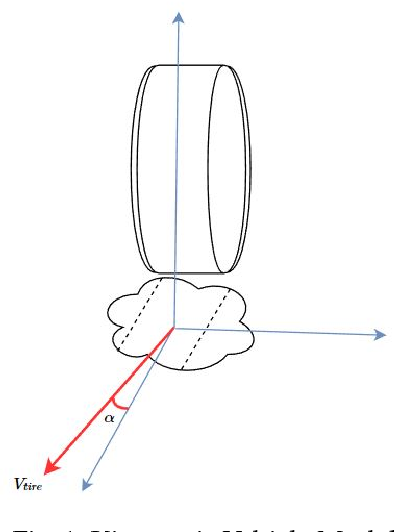 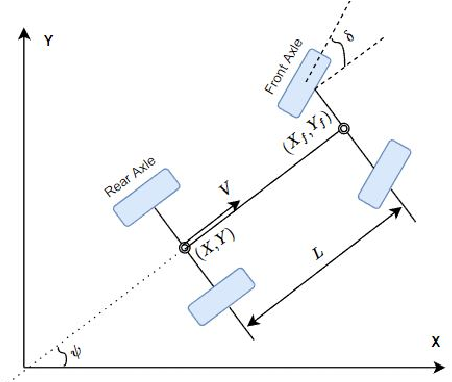 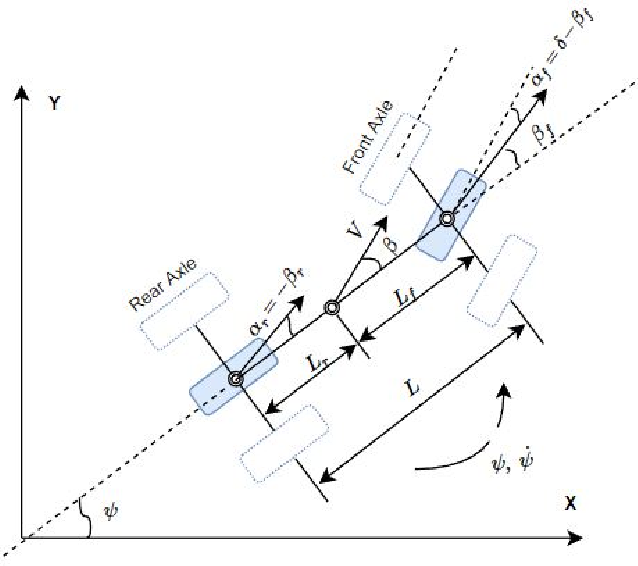 In this tutorial, we detailed simple controllers for autonomous parking and path following for self-driving cars and provided practical methods for curvature computation. 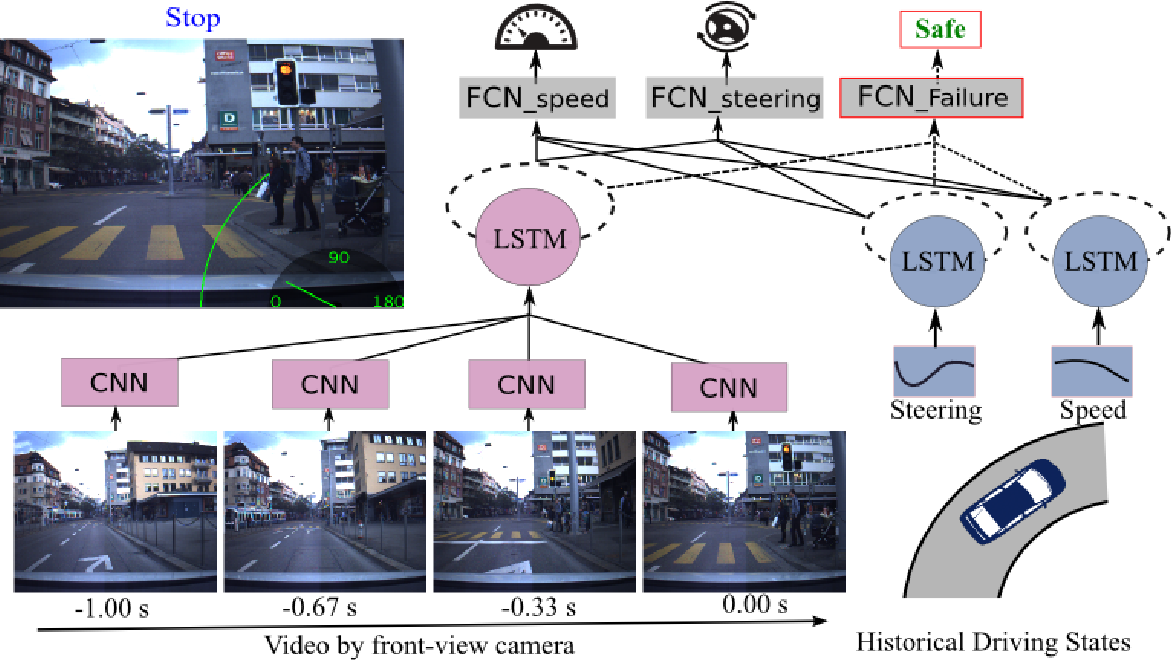 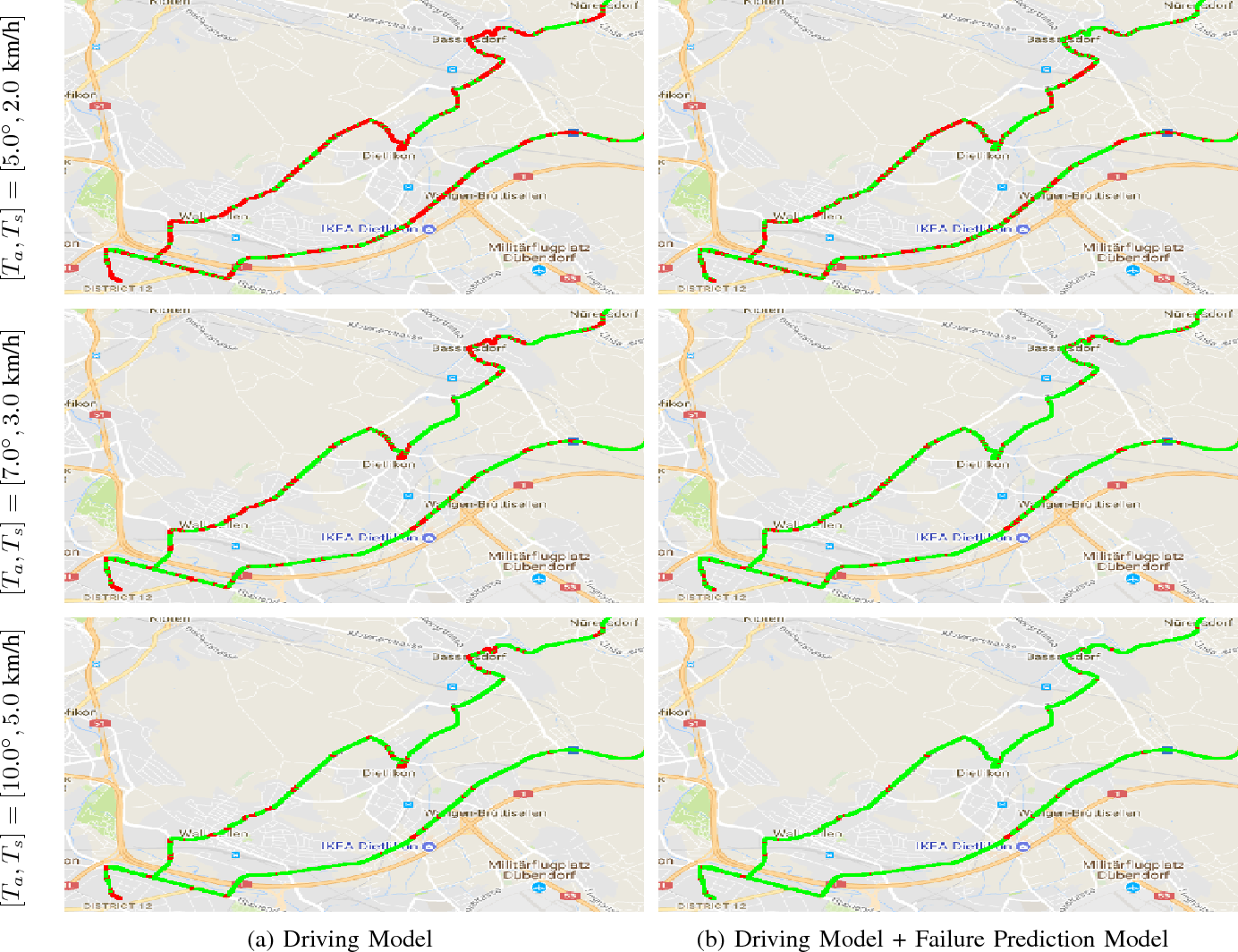 The primary focus of autonomous driving research is to improve driving accuracy. While great progress has been made, state-of-the-art algorithms still fail at times. Such failures may have catastrophic consequences. It therefore is important that automated cars foresee problems ahead as early as possible. This is also of paramount importance if the driver will be asked to take over. We conjecture that failures do not occur randomly. For instance, driving models may fail more likely at places with heavy traffic, at complex intersections, and/or under adverse weather/illumination conditions. This work presents a method to learn to predict the occurrence of these failures, i.e. to assess how difficult a scene is to a given driving model and to possibly give the human driver an early headsup. A camera-based driving model is developed and trained over real driving datasets. The discrepancies between the model's predictions and the human `ground-truth' maneuvers were then recorded, to yield the `failure' scores. Experimental results show that the failure score can indeed be learned and predicted. Thus, our prediction method is able to improve the overall safety of an automated driving model by alerting the human driver timely, leading to better human-vehicle collaborative driving. 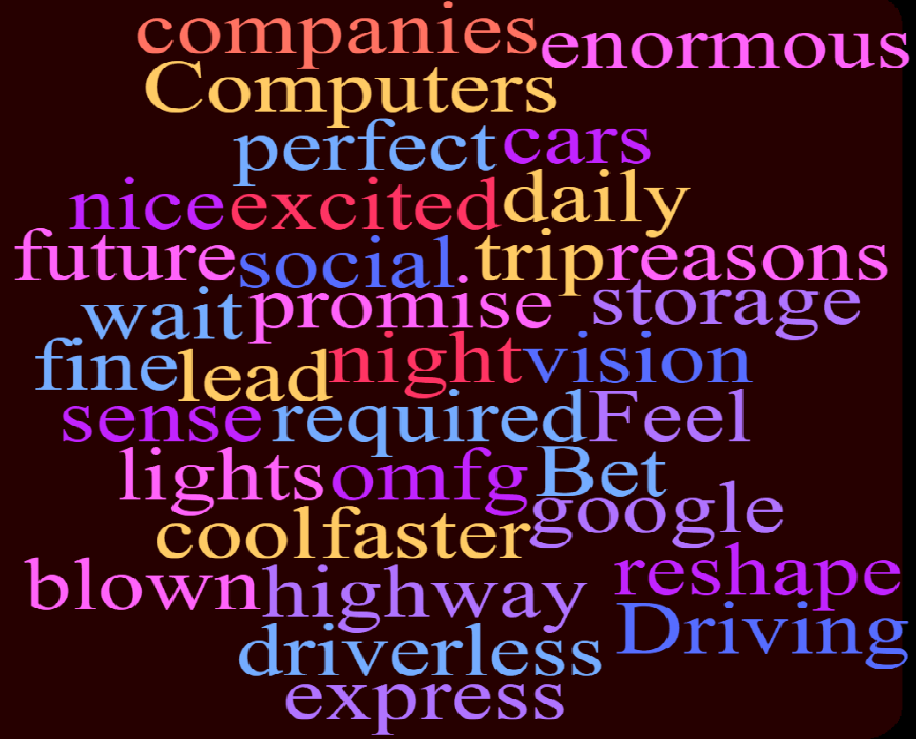 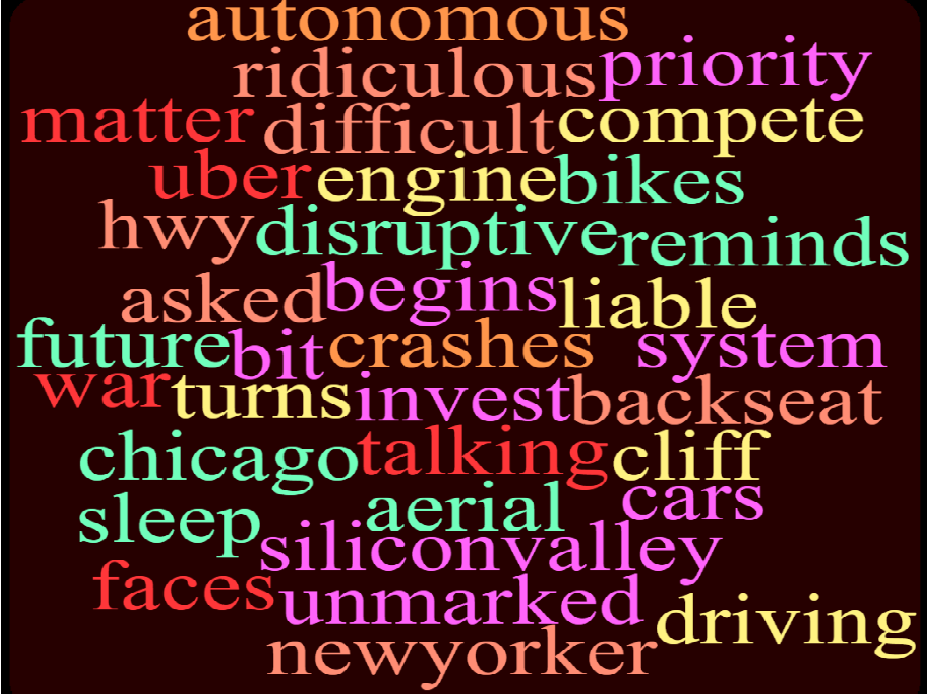 This paper studies users' perception regarding a controversial product, namely self-driving (autonomous) cars. To find people's opinion regarding this new technology, we used an annotated Twitter dataset, and extracted the topics in positive and negative tweets using an unsupervised, probabilistic model known as topic modeling. We later used the topics, as well as linguist and Twitter specific features to classify the sentiment of the tweets. Regarding the opinions, the result of our analysis shows that people are optimistic and excited about the future technology, but at the same time they find it dangerous and not reliable. For the classification task, we found Twitter specific features, such as hashtags as well as linguistic features such as emphatic words among top attributes in classifying the sentiment of the tweets. 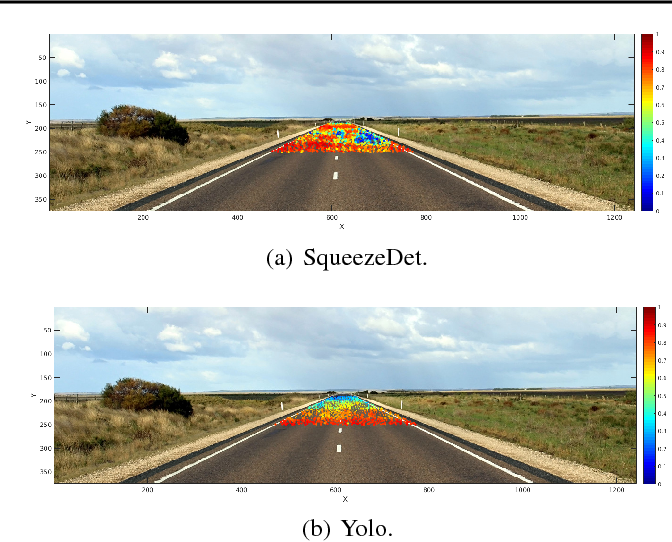 We present a framework to systematically analyze convolutional neural networks (CNNs) used in classification of cars in autonomous vehicles. Our analysis procedure comprises an image generator that produces synthetic pictures by sampling in a lower dimension image modification subspace and a suite of visualization tools. The image generator produces images which can be used to test the CNN and hence expose its vulnerabilities. The presented framework can be used to extract insights of the CNN classifier, compare across classification models, or generate training and validation datasets.

Probabilistic programs for inferring the goals of autonomous agents 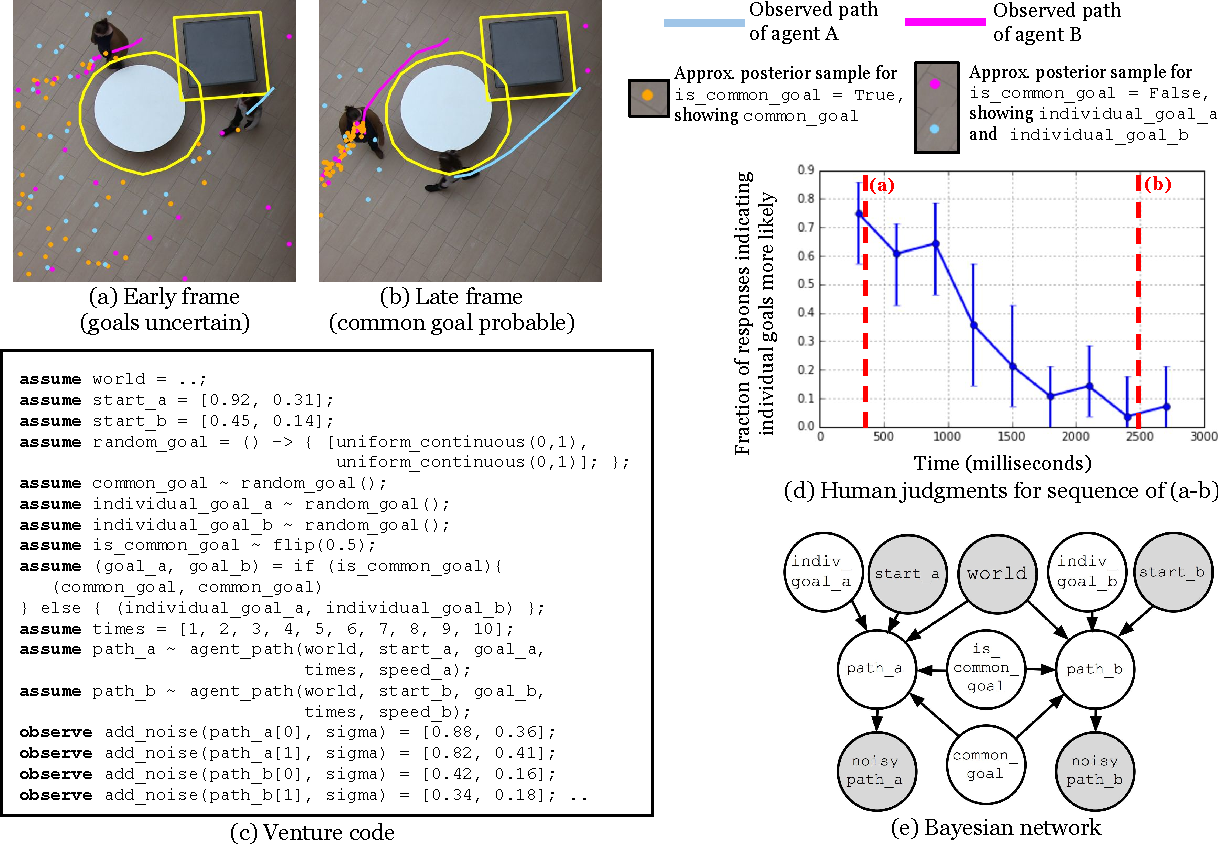 Intelligent systems sometimes need to infer the probable goals of people, cars, and robots, based on partial observations of their motion. This paper introduces a class of probabilistic programs for formulating and solving these problems. The formulation uses randomized path planning algorithms as the basis for probabilistic models of the process by which autonomous agents plan to achieve their goals. Because these path planning algorithms do not have tractable likelihood functions, new inference algorithms are needed. This paper proposes two Monte Carlo techniques for these "likelihood-free" models, one of which can use likelihood estimates from neural networks to accelerate inference. The paper demonstrates efficacy on three simple examples, each using under 50 lines of probabilistic code. 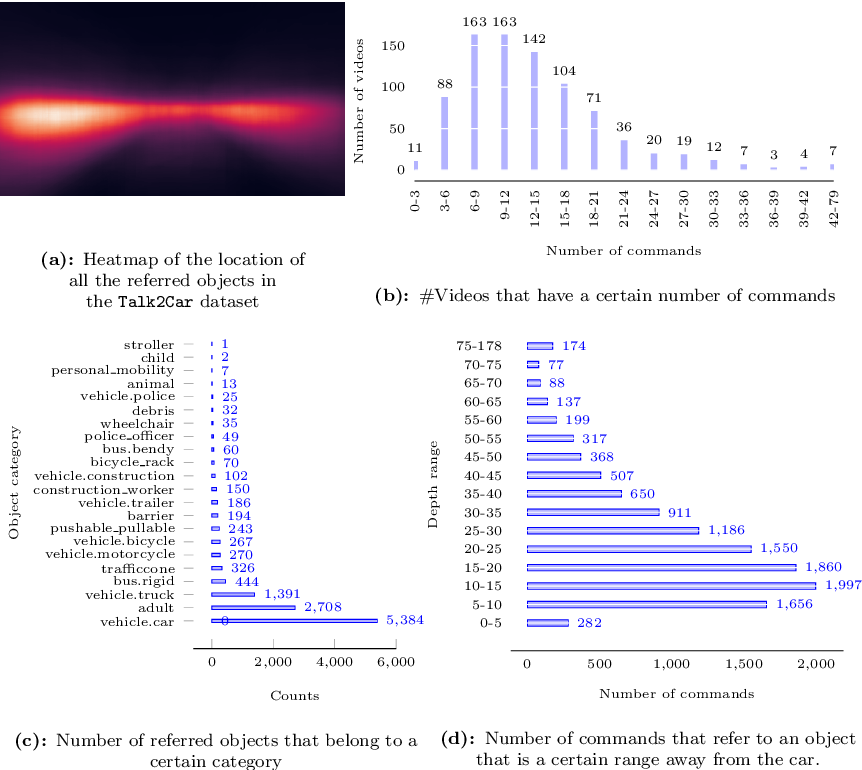 A long-term goal of artificial intelligence is to have an agent execute commands communicated through natural language. In many cases the commands are grounded in a visual environment shared by the human who gives the command and the agent. Execution of the command then requires mapping the command into the physical visual space, after which the appropriate action can be taken. In this paper we consider the former. Or more specifically, we consider the problem in an autonomous driving setting, where a passenger requests an action that can be associated with an object found in a street scene. Our work presents the Talk2Car dataset, which is the first object referral dataset that contains commands written in natural language for self-driving cars. We provide a detailed comparison with related datasets such as ReferIt, RefCOCO, RefCOCO+, RefCOCOg, Cityscape-Ref and CLEVR-Ref. Additionally, we include a performance analysis using strong state-of-the-art models. The results show that the proposed object referral task is a challenging one for which the models show promising results but still require additional research in natural language processing, computer vision and the intersection of these fields. The dataset can be found on our website: http://macchina-ai.eu/

Experimental and causal view on information integration in autonomous agents 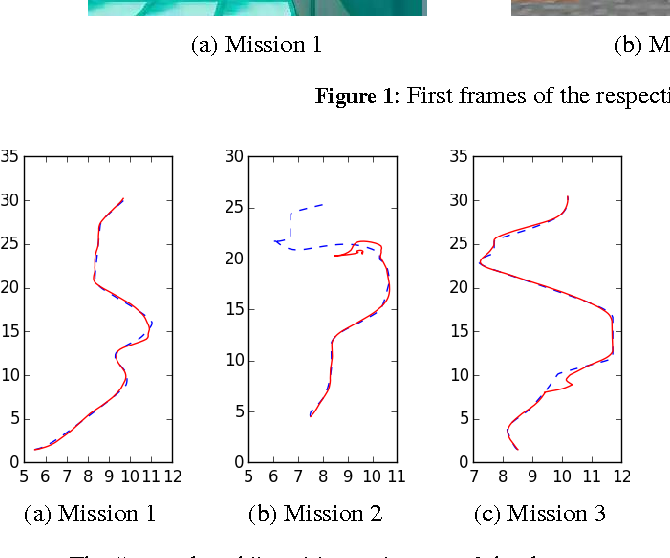 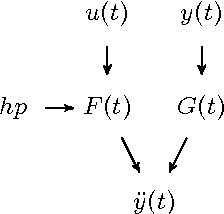 The amount of digitally available but heterogeneous information about the world is remarkable, and new technologies such as self-driving cars, smart homes, or the internet of things may further increase it. In this paper we present preliminary ideas about certain aspects of the problem of how such heterogeneous information can be harnessed by autonomous agents. After discussing potentials and limitations of some existing approaches, we investigate how \emph{experiments} can help to obtain a better understanding of the problem. Specifically, we present a simple agent that integrates video data from a different agent, and implement and evaluate a version of it on the novel experimentation platform \emph{Malmo}. The focus of a second investigation is on how information about the hardware of different agents, the agents' sensory data, and \emph{causal} information can be utilized for knowledge transfer between agents and subsequently more data-efficient decision making. Finally, we discuss potential future steps w.r.t.\ theory and experimentation, and formulate open questions. 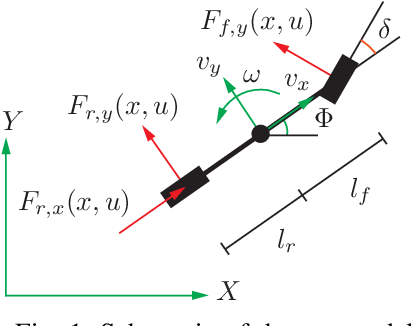 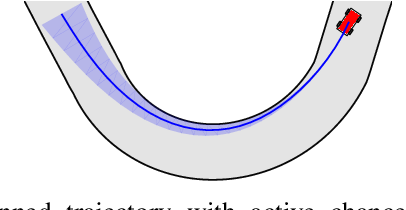 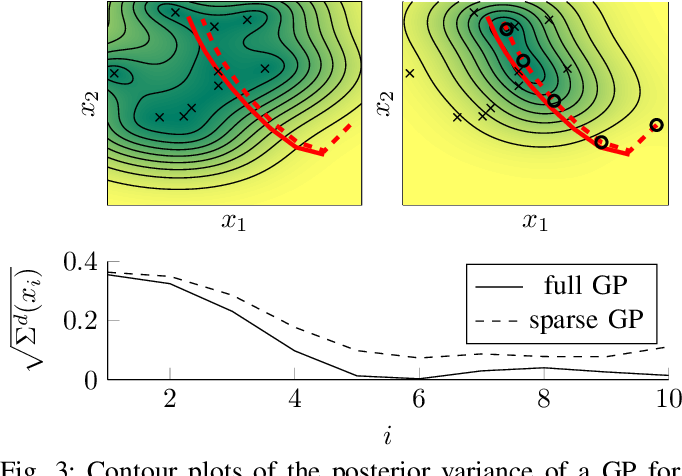 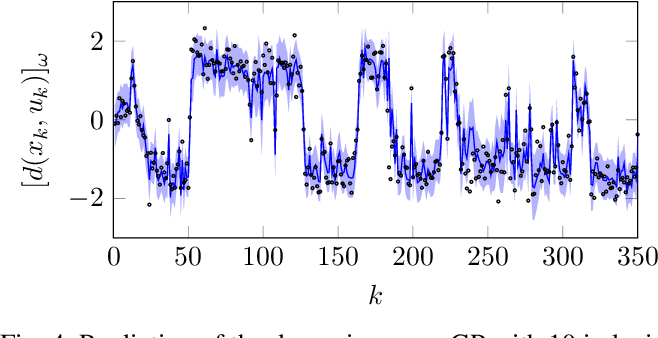 This paper presents an adaptive high performance control method for autonomous miniature race cars. Racing dynamics are notoriously hard to model from first principles, which is addressed by means of a cautious nonlinear model predictive control (NMPC) approach that learns to improve its dynamics model from data and safely increases racing performance. The approach makes use of a Gaussian Process (GP) and takes residual model uncertainty into account through a chance constrained formulation. We present a sparse GP approximation with dynamically adjusting inducing inputs, enabling a real-time implementable controller. The formulation is demonstrated in simulations, which show significant improvement with respect to both lap time and constraint satisfaction compared to an NMPC without model learning. 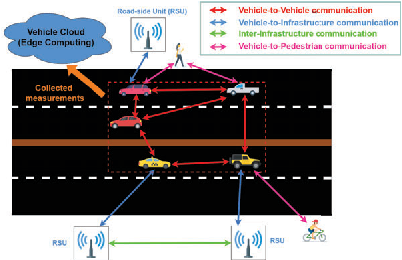 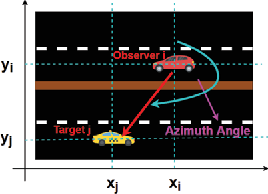 Cooperative Localization is expected to play a crucial role in various applications in the field of Connected and Autonomous vehicles (CAVs). Future 5G wireless systems are expected to enable cost-effective Vehicle-to-Everything (V2X)systems, allowing CAVs to share with the other entities of the network the data they collect and measure. Typical measurement models usually deployed for this problem, are absolute position from Global Positioning System (GPS), relative distance and azimuth angle to neighbouring vehicles, extracted from Light Detection and Ranging (LIDAR) or Radio Detection and Ranging(RADAR) sensors. In this paper, we provide a cooperative localization approach that performs multi modal-fusion between the interconnected vehicles, by representing a fleet of connected cars as an undirected graph, encoding each vehicle position relative to its neighbouring vehicles. This method is based on:i) the Laplacian Processing, a Graph Signal Processing tool that allows to capture intrinsic geometry of the undirected graph of vehicles rather than their absolute position on global coordinate system and ii) the temporal coherence due to motion patterns of the moving vehicles. 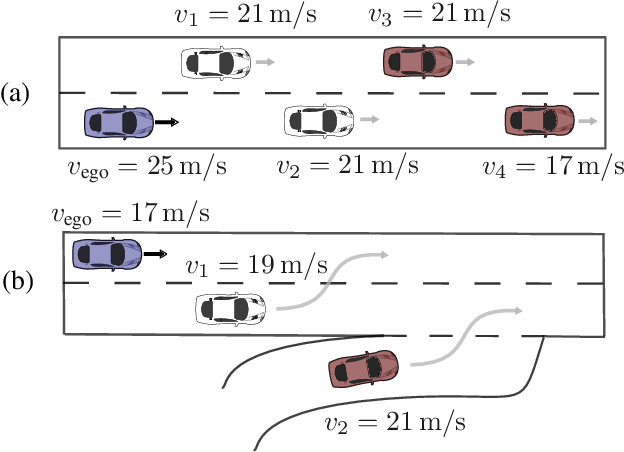 In many real-world decision making problems, reaching an optimal decision requires taking into account a variable number of objects around the agent. Autonomous driving is a domain in which this is especially relevant, since the number of cars surrounding the agent varies considerably over time and affects the optimal action to be taken. Classical methods that process object lists can deal with this requirement. However, to take advantage of recent high-performing methods based on deep reinforcement learning in modular pipelines, special architectures are necessary. For these, a number of options exist, but a thorough comparison of the different possibilities is missing. In this paper, we elaborate limitations of fully-connected neural networks and other established approaches like convolutional and recurrent neural networks in the context of reinforcement learning problems that have to deal with variable sized inputs. We employ the structure of Deep Sets in off-policy reinforcement learning for high-level decision making, highlight their capabilities to alleviate these limitations, and show that Deep Sets not only yield the best overall performance but also offer better generalization to unseen situations than the other approaches.