Recent studies on unsupervised image-to-image translation have made a remarkable progress by training a pair of generative adversarial networks with a cycle-consistent loss. However, such unsupervised methods may generate inferior results when the image resolution is high or the two image domains are of significant appearance differences, such as the translations between semantic layouts and natural images in the Cityscapes dataset. In this paper, we propose novel Stacked Cycle-Consistent Adversarial Networks (SCANs) by decomposing a single translation into multi-stage transformations, which not only boost the image translation quality but also enable higher resolution image-to-image translations in a coarse-to-fine manner. Moreover, to properly exploit the information from the previous stage, an adaptive fusion block is devised to learn a dynamic integration of the current stage's output and the previous stage's output. Experiments on multiple datasets demonstrate that our proposed approach can improve the translation quality compared with previous single-stage unsupervised methods. 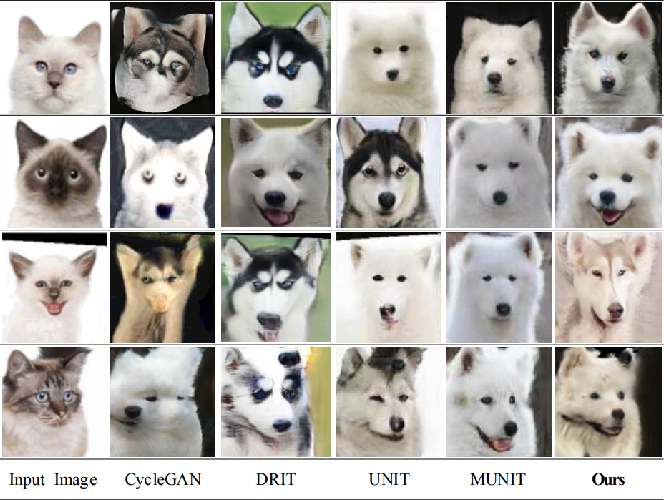 Unsupervised image-to-image translation is an important and challenging problem in computer vision. Given an image in the source domain, the goal is to learn the conditional distribution of corresponding images in the target domain, without seeing any pairs of corresponding images. While this conditional distribution is inherently multimodal, existing approaches make an overly simplified assumption, modeling it as a deterministic one-to-one mapping. As a result, they fail to generate diverse outputs from a given source domain image. To address this limitation, we propose a Multimodal Unsupervised Image-to-image Translation (MUNIT) framework. We assume that the image representation can be decomposed into a content code that is domain-invariant, and a style code that captures domain-specific properties. To translate an image to another domain, we recombine its content code with a random style code sampled from the style space of the target domain. We analyze the proposed framework and establish several theoretical results. Extensive experiments with comparisons to the state-of-the-art approaches further demonstrates the advantage of the proposed framework. Moreover, our framework allows users to control the style of translation outputs by providing an example style image. Code and pretrained models are available at https://github.com/nvlabs/MUNIT 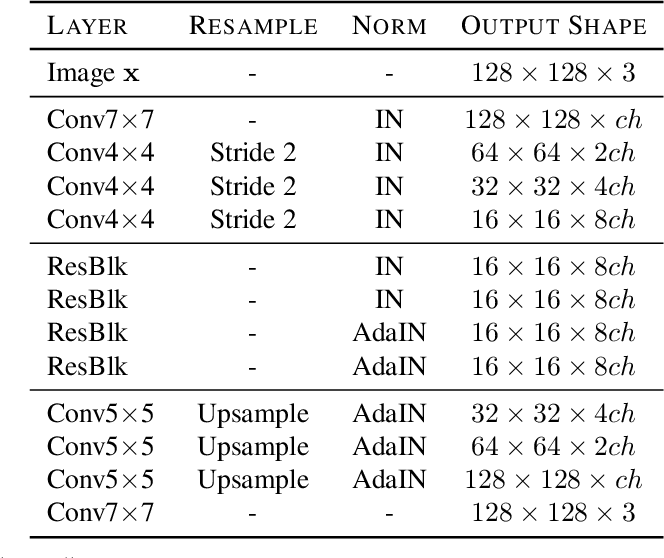 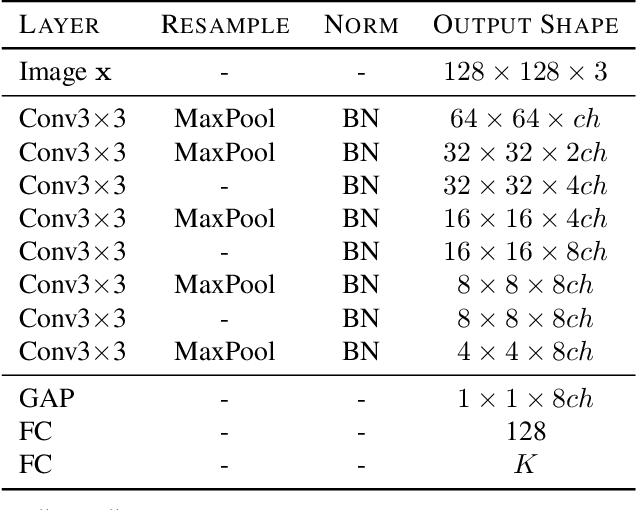 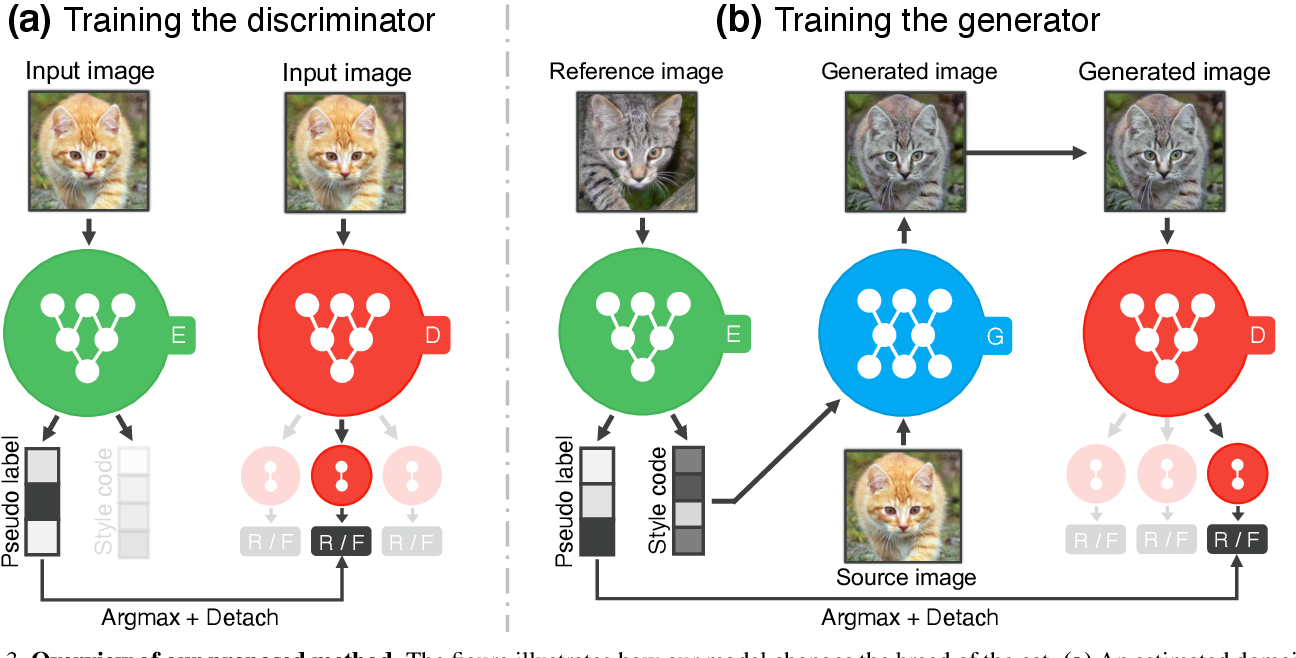 Every recent image-to-image translation model uses either image-level (i.e. input-output pairs) or set-level (i.e. domain labels) supervision at minimum. However, even the set-level supervision can be a serious bottleneck for data collection in practice. In this paper, we tackle image-to-image translation in a fully unsupervised setting, i.e., neither paired images nor domain labels. To this end, we propose the truly unsupervised image-to-image translation method (TUNIT) that simultaneously learns to separate image domains via an information-theoretic approach and generate corresponding images using the estimated domain labels. Experimental results on various datasets show that the proposed method successfully separates domains and translates images across those domains. In addition, our model outperforms existing set-level supervised methods under a semi-supervised setting, where a subset of domain labels is provided. The source code is available at https://github.com/clovaai/tunit

Image translation is a burgeoning field in computer vision where the goal is to learn the mapping between an input image and an output image. However, most recent methods require multiple generators for modeling different domain mappings, which are inefficient and ineffective on some multi-domain image translation tasks. In this paper, we propose a novel method, SingleGAN, to perform multi-domain image-to-image translations with a single generator. We introduce the domain code to explicitly control the different generative tasks and integrate multiple optimization goals to ensure the translation. Experimental results on several unpaired datasets show superior performance of our model in translation between two domains. Besides, we explore variants of SingleGAN for different tasks, including one-to-many domain translation, many-to-many domain translation and one-to-one domain translation with multimodality. The extended experiments show the universality and extensibility of our model.


* Accepted in ACCV 2018. Code and model are available at https://github.com/Xiaoming-Yu/SingleGAN 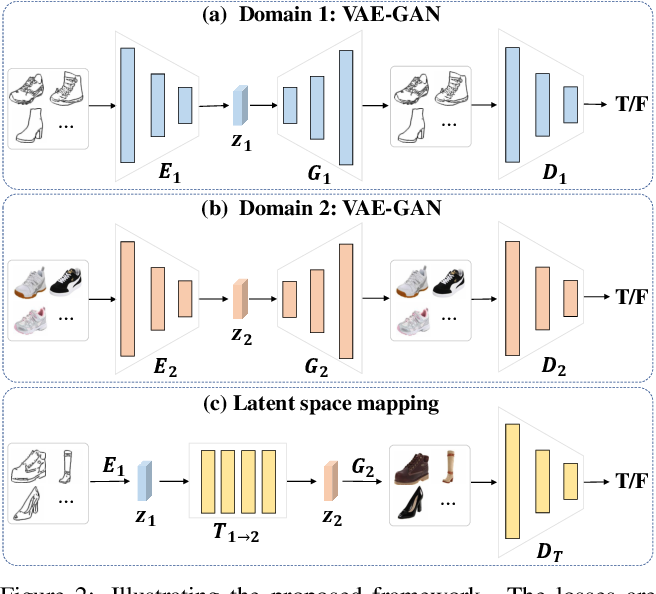 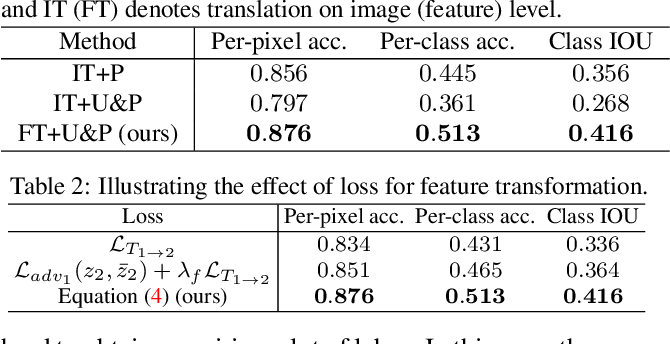 Recent image-to-image translation works have been transferred from supervised to unsupervised settings due to the expensive cost of capturing or labeling large amounts of paired data. However, current unsupervised methods using the cycle-consistency constraint may not find the desired mapping, especially for difficult translation tasks. On the other hand, a small number of paired data are usually accessible. We therefore introduce a general framework for semi-supervised image translation. Unlike previous works, our main idea is to learn the translation over the latent feature space instead of the image space. Thanks to the low dimensional feature space, it is easier to find the desired mapping function, resulting in improved quality of translation results as well as the stability of the translation model. Empirically we show that using feature translation generates better results, even using a few bits of paired data. Experimental comparisons with state-of-the-art approaches demonstrate the effectiveness of the proposed framework on a variety of challenging image-to-image translation tasks 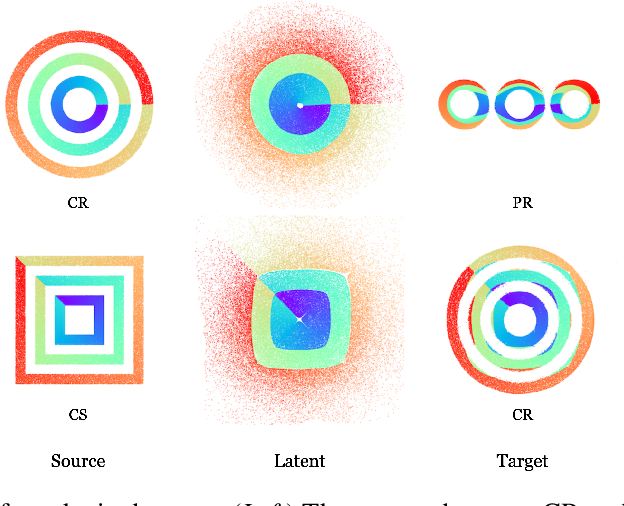 Common image-to-image translation methods rely on joint training over data from both source and target domains. This excludes cases where domain data is private (e.g., in a federated setting), and often means that a new model has to be trained for a new pair of domains. We present Dual Diffusion Implicit Bridges (DDIBs), an image translation method based on diffusion models, that circumvents training on domain pairs. DDIBs allow translations between arbitrary pairs of source-target domains, given independently trained diffusion models on the respective domains. Image translation with DDIBs is a two-step process: DDIBs first obtain latent encodings for source images with the source diffusion model, and next decode such encodings using the target model to construct target images. Moreover, DDIBs enable cycle-consistency by default and is theoretically connected to optimal transport. Experimentally, we apply DDIBs on a variety of synthetic and high-resolution image datasets, demonstrating their utility in example-guided color transfer, image-to-image translation as well as their connections to optimal transport methods. 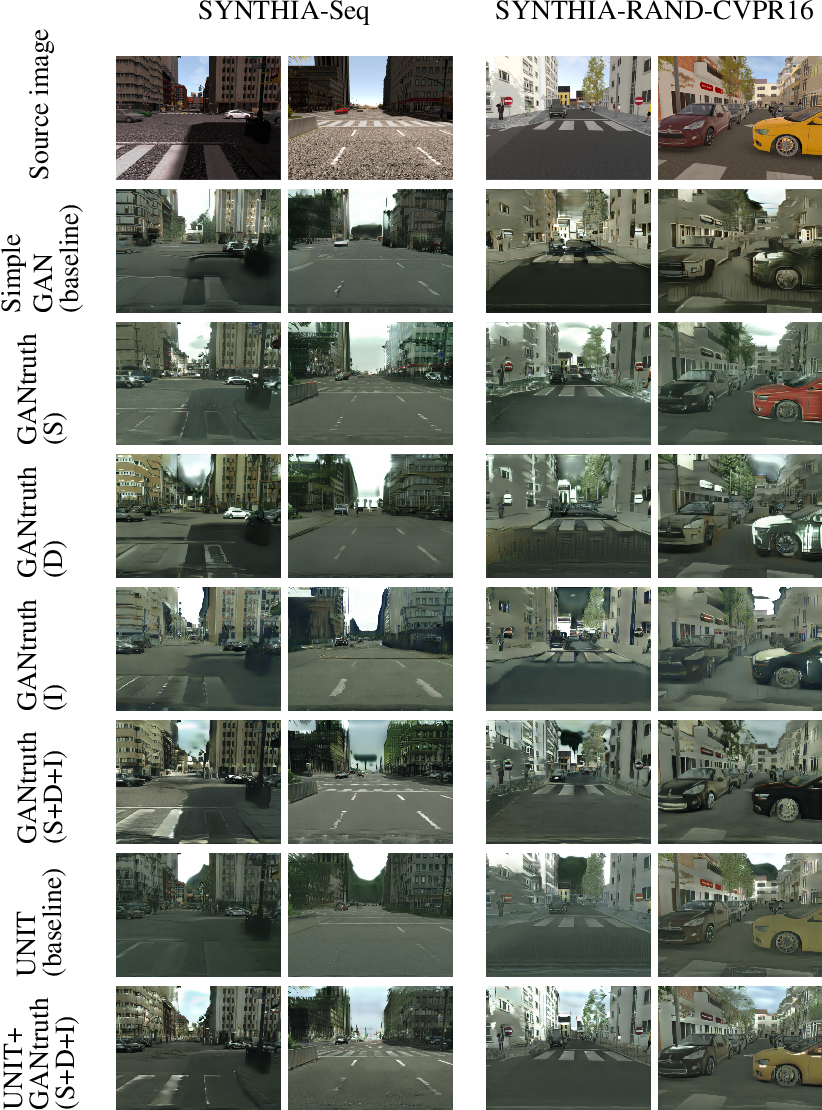 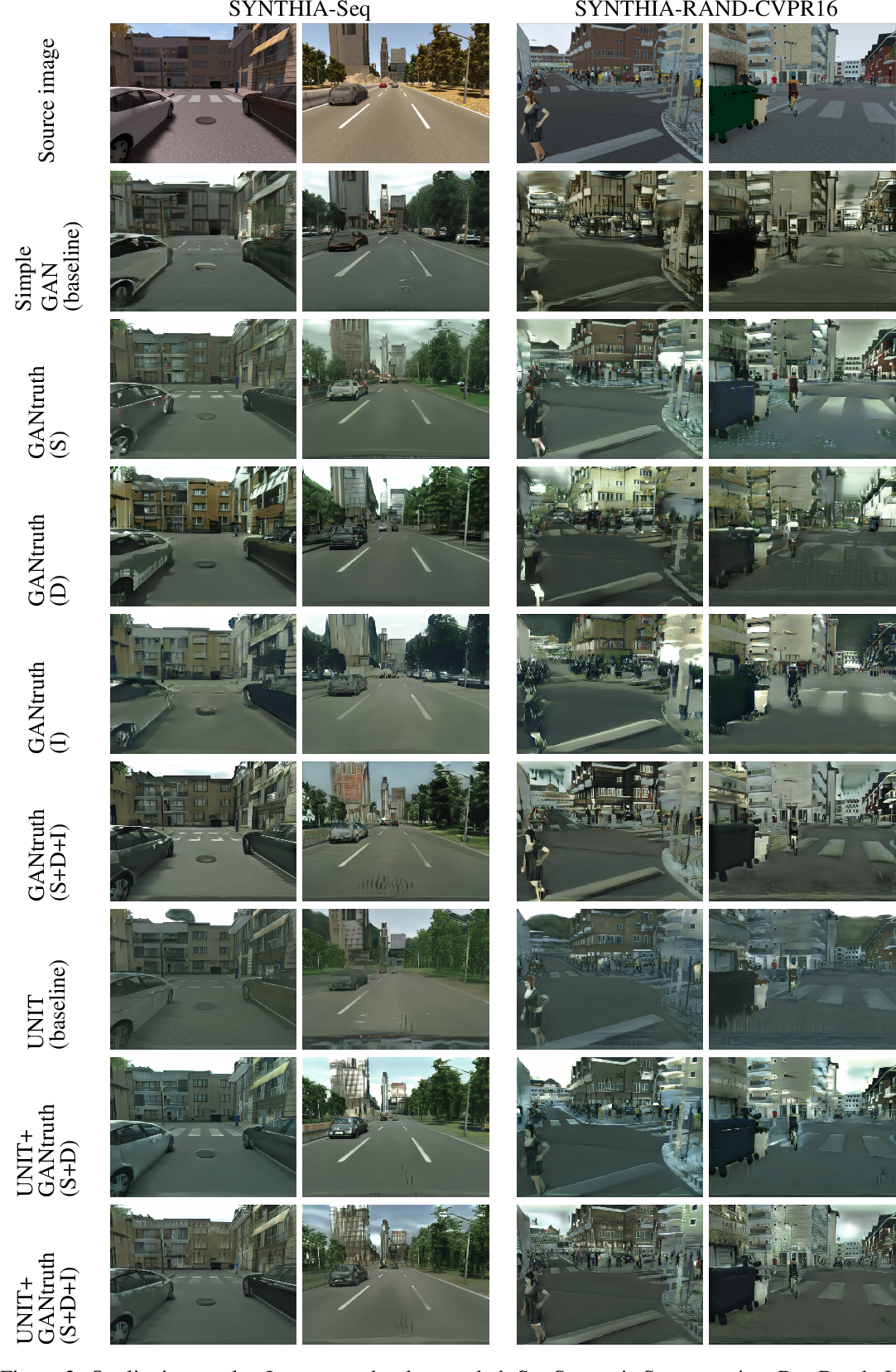 Synthetic image translation has significant potentials in autonomous transportation systems. That is due to the expense of data collection and annotation as well as the unmanageable diversity of real-words situations. The main issue with unpaired image-to-image translation is the ill-posed nature of the problem. In this work, we propose a novel method for constraining the output space of unpaired image-to-image translation. We make the assumption that the environment of the source domain is known (e.g. synthetically generated), and we propose to explicitly enforce preservation of the ground-truth labels on the translated images. We experiment on preserving ground-truth information such as semantic segmentation, disparity, and instance segmentation. We show significant evidence that our method achieves improved performance over the state-of-the-art model of UNIT for translating images from SYNTHIA to Cityscapes. The generated images are perceived as more realistic in human surveys and outperforms UNIT when used in a domain adaptation scenario for semantic segmentation. 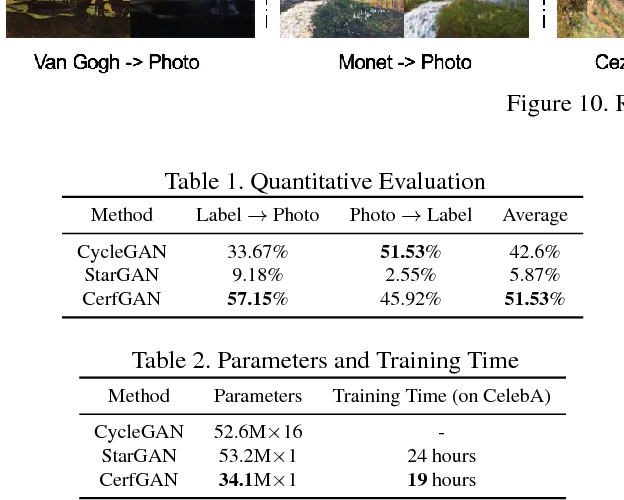 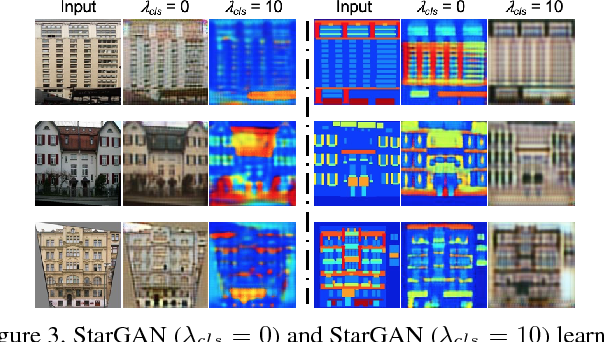 In this paper, we aim at solving the multi-domain image-to-image translation problem by a single GAN-based model in an unsupervised manner. In the field of image-to-image translation, most previous works mainly focus on adopting a generative adversarial network, which contains three parts, i.e., encoder, decoder and discriminator. These three parts are trained to give the encoder and the decoder together as a translator. However, the discriminator that occupies a lot of parameters is abandoned after the training process, which is wasteful of computation and memory. To handle this problem, we integrate the discriminator and the encoder of the traditional framework into a single network, where the decoder in our framework translates the information encoded by the discriminator to the target image. As a result, our framework only contains two parts, i.e., decoder and discriminator, which effectively reduces the number of the parameters of the network and achieves more effective training. Then, we expand the traditional binary-class discriminator to the multi-classes discriminator, which solves the multi-domain image-to-image translation problem in traditional settings. At last, we propose the label encoder to transform the label vector to high-dimension representation automatically rather than designing a one-hot vector manually. We performed extensive experiments on many image-to-image translation tasks including style transfer, season transfer, face hallucination, etc. A unified model was trained to translate images sampled from 14 considerable different domains and the comparisons to several recently-proposed approaches demonstrate the superiority and novelty of our framework.