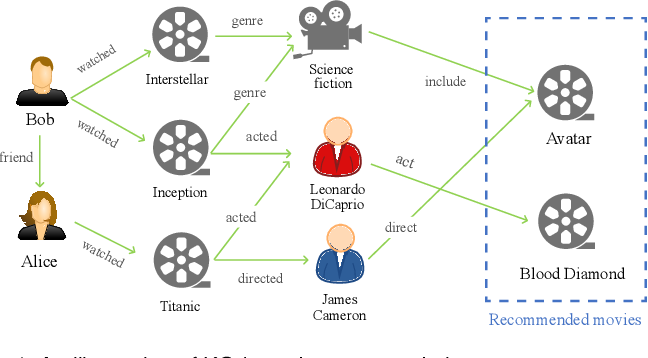 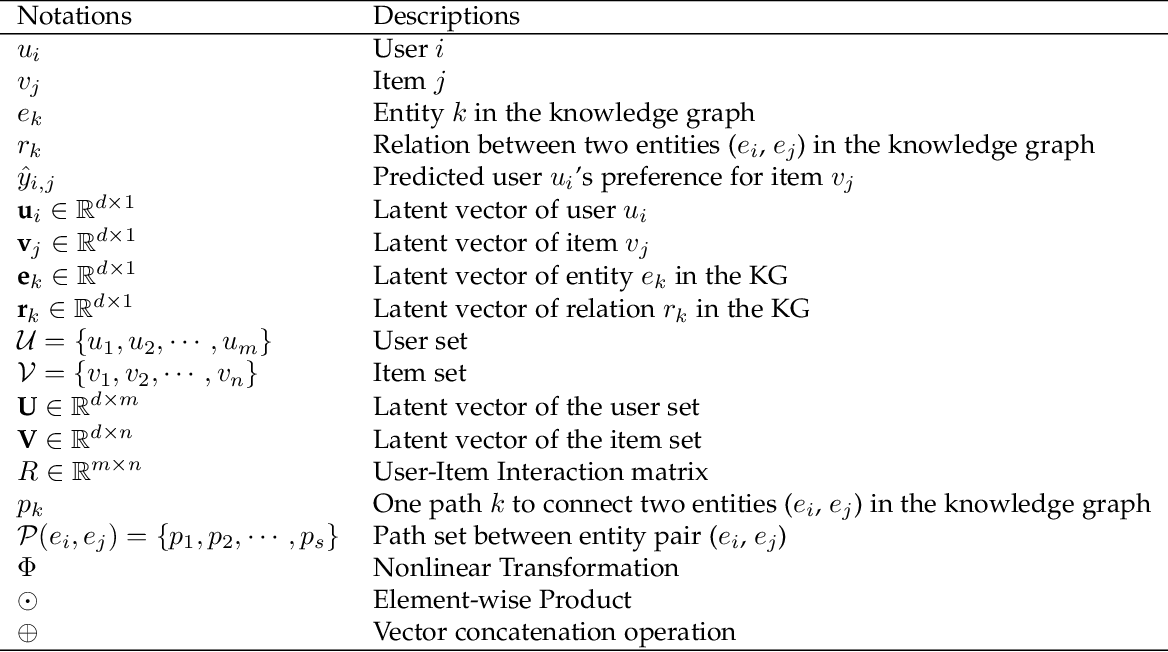 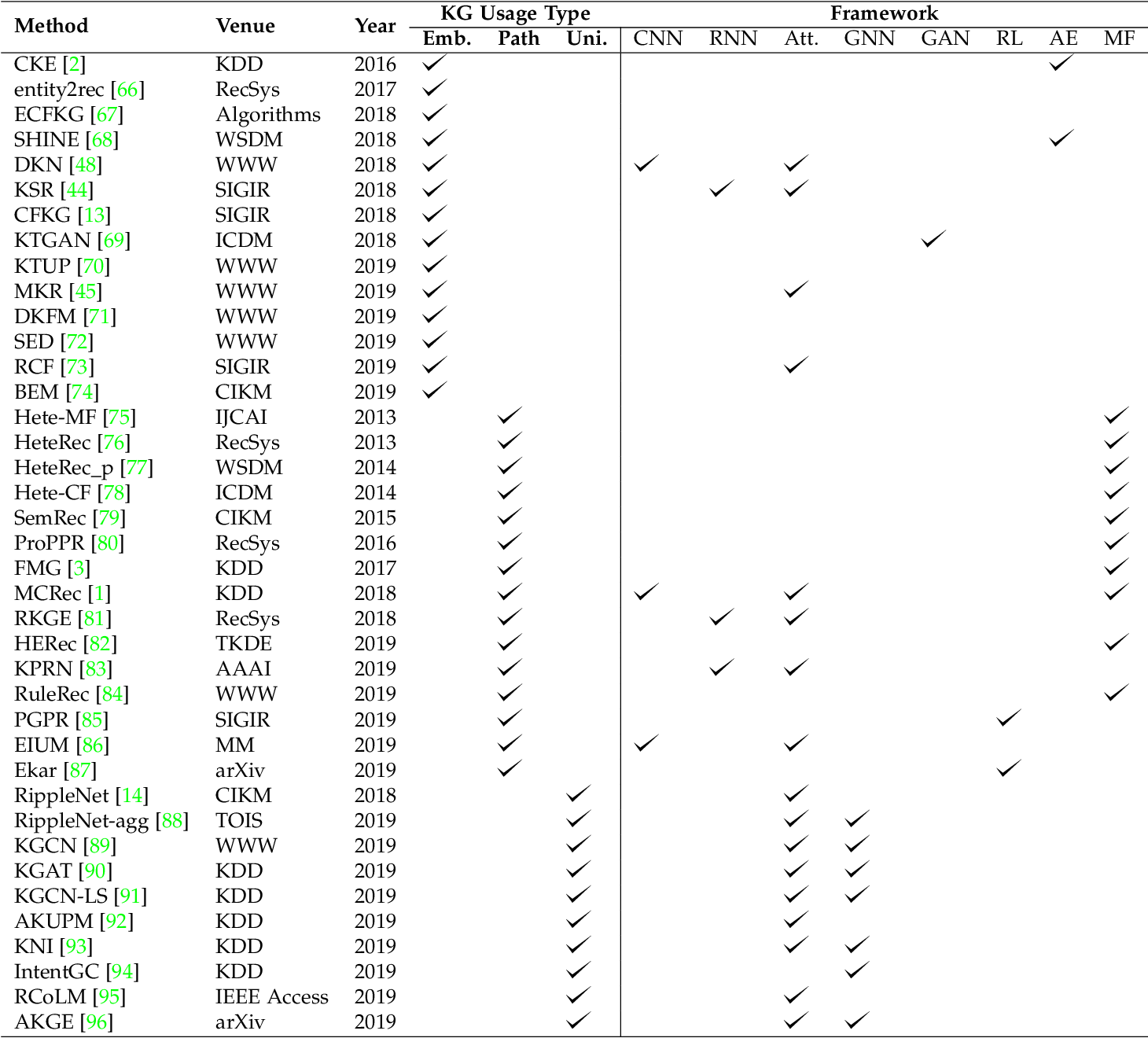 To solve the information explosion problem and enhance user experience in various online applications, recommender systems have been developed to model users preferences. Although numerous efforts have been made toward more personalized recommendations, recommender systems still suffer from several challenges, such as data sparsity and cold start. In recent years, generating recommendations with the knowledge graph as side information has attracted considerable interest. Such an approach can not only alleviate the abovementioned issues for a more accurate recommendation, but also provide explanations for recommended items. In this paper, we conduct a systematical survey of knowledge graph-based recommender systems. We collect recently published papers in this field and summarize them from two perspectives. On the one hand, we investigate the proposed algorithms by focusing on how the papers utilize the knowledge graph for accurate and explainable recommendation. On the other hand, we introduce datasets used in these works. Finally, we propose several potential research directions in this field.

The closed loop between opinion formation and personalised recommendations 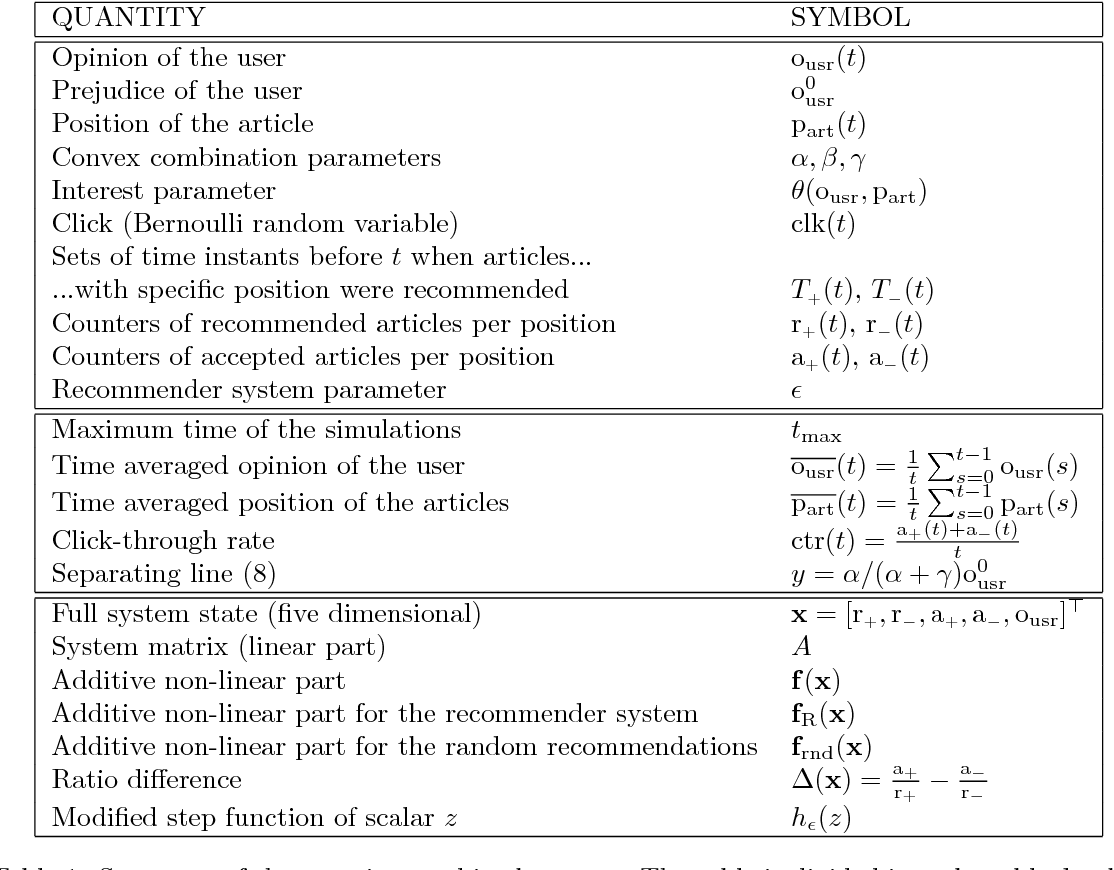 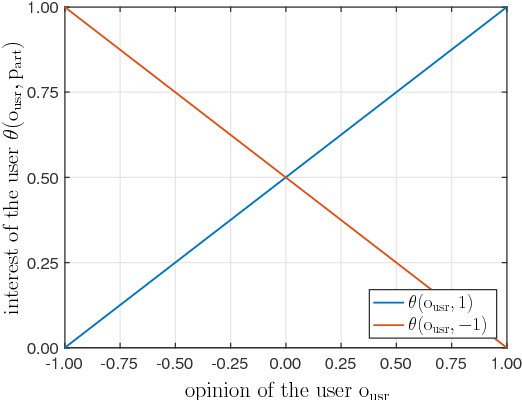 In social media, recommender systems are responsible for directing the users to relevant content. In order to enhance the users' engagement, recommender systems adapt their output to the expected reactions of the users, which are in turn affected by the recommended contents. In this work, we model a single user that interacts with an online news aggregator, with the purpose of making explicit the feedback loop between the evolution of the user's opinion and the personalised recommendation of contents. We assume that the user has a scalar opinion on a certain issue: this opinion is influenced by all received news, which are characterized by a binary position on the issue at hand. The user has a confirmation bias, that is, a preference for news that confirm her current opinion. At the same time, we assume that the recommender has the goal of maximizing the number of user's clicks (as a measure of her engagement): in order to fulfil its goal, the recommender has to compromise between exploring the user's preferences and exploiting them. After defining suitable metrics for the effectiveness of the recommender systems and for its impact on the opinion, we perform both extensive numerical simulations and a mathematical analysis of the model. We find that personalised contents and confirmation bias do affect the evolution of opinions: the extent of these effects is inherently related to the effectiveness of the recommender. We also show that by tuning the amount of randomness in the recommendation algorithm, one can reduce the impact of the recommendation system on the opinions. 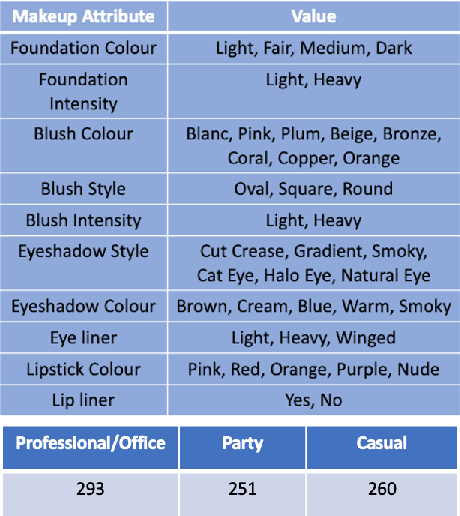 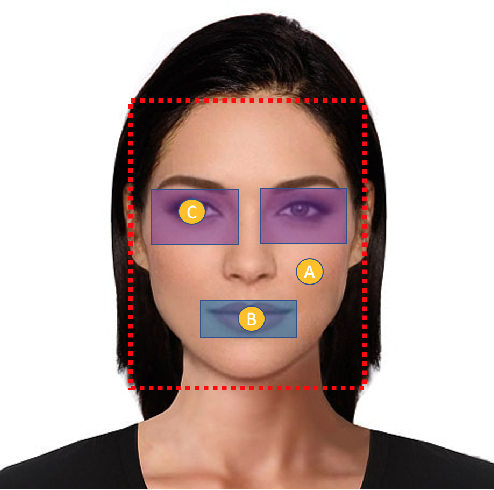 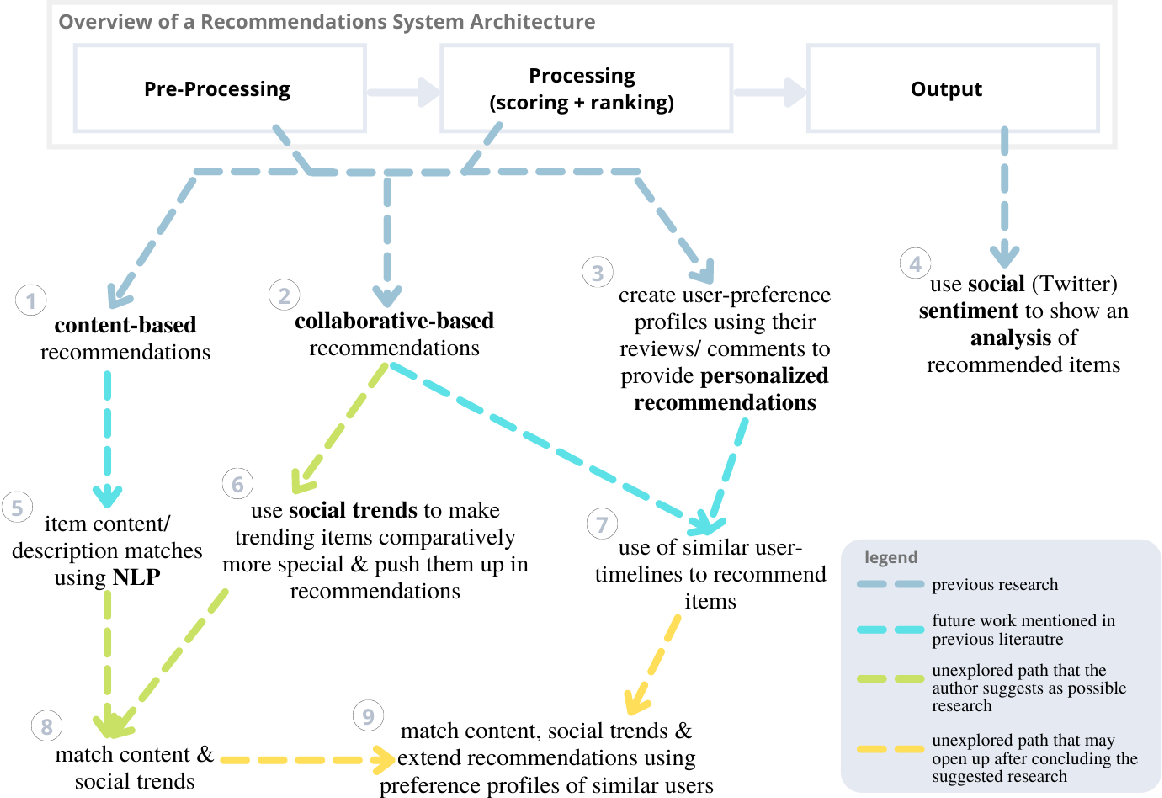 Recommendations Systems allow users to identify trending items among a community while being timely and relevant to the user's expectations. When the purpose of various Recommendation Systems differs, the required type of recommendations also differs for each use case. While one Recommendation System may focus on recommending popular items, another may focus on recommending items that are comparable to the user's interests. Content-based filtering, user-to-user & item-to-item Collaborative filtering, and more recently; Deep Learning methods have been brought forward by the researchers to achieve better quality recommendations. Even though each of these methods has proven to perform well individually, there have been attempts to push the boundaries of their limitations. Following a wide range of methods, researchers have tried to expand on the capabilities of standard recommendation systems to provide the most effective recommendations to users while being more profitable from a business's perspective. This has been achieved by taking a hybrid approach when building models and architectures for Recommendation Systems. This paper is a review of the novel models & architectures of hybrid Recommendation Systems. The author identifies possibilities of expanding the capabilities of baseline models & the advantages and drawbacks of each model with selected use cases in this review. 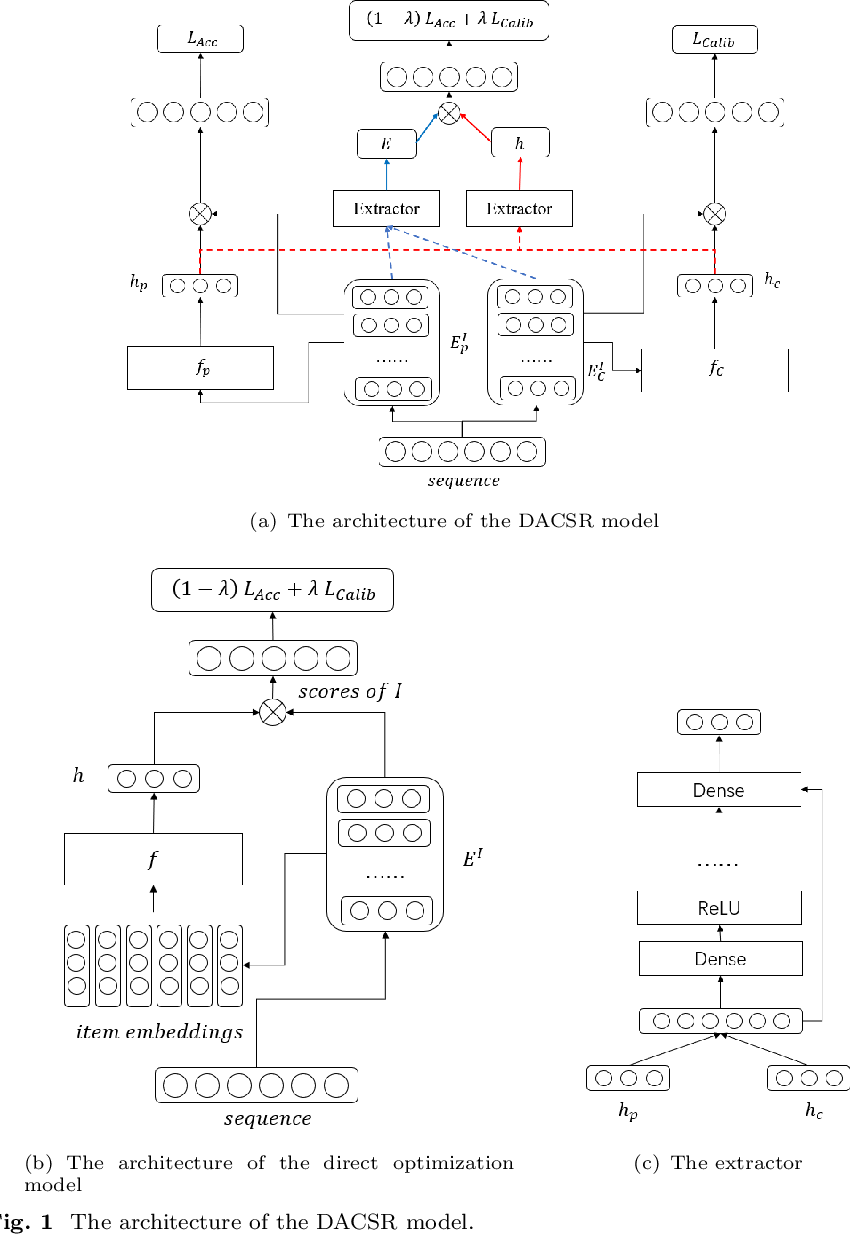 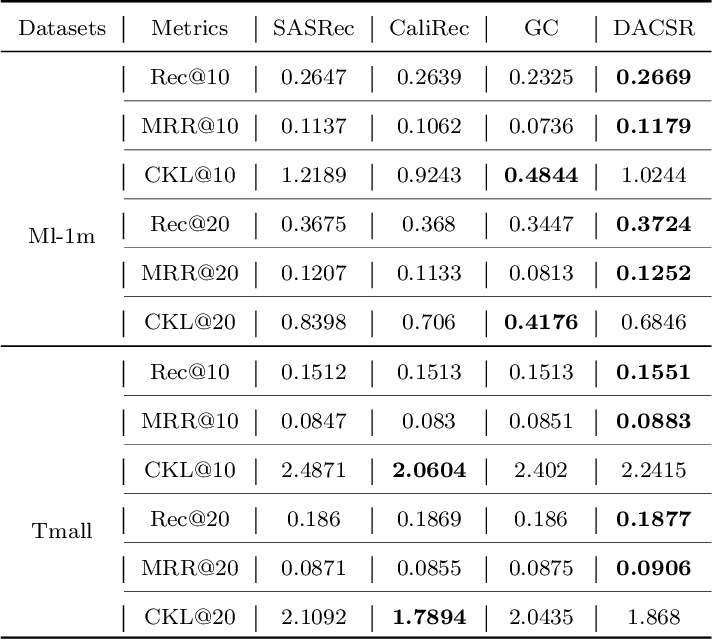 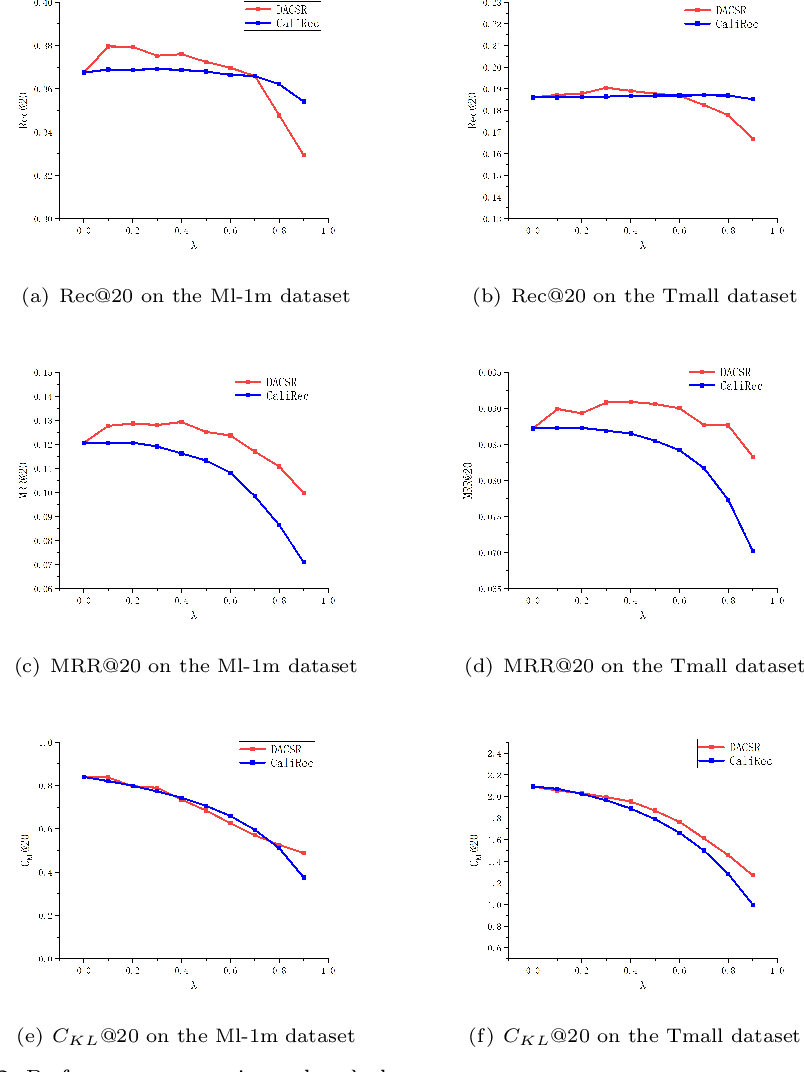 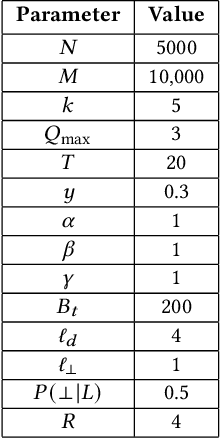 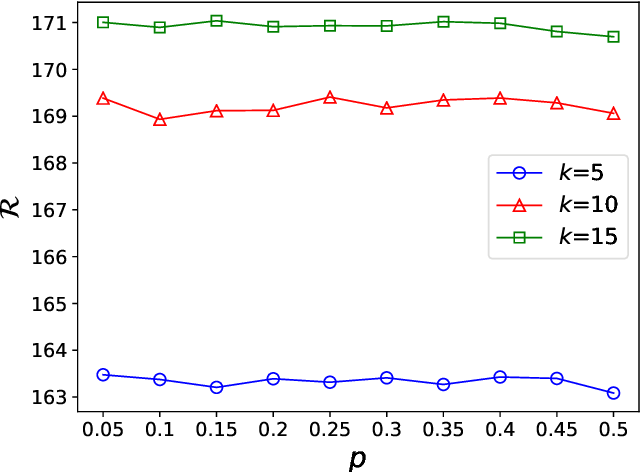 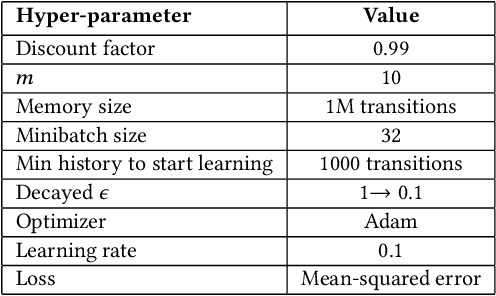 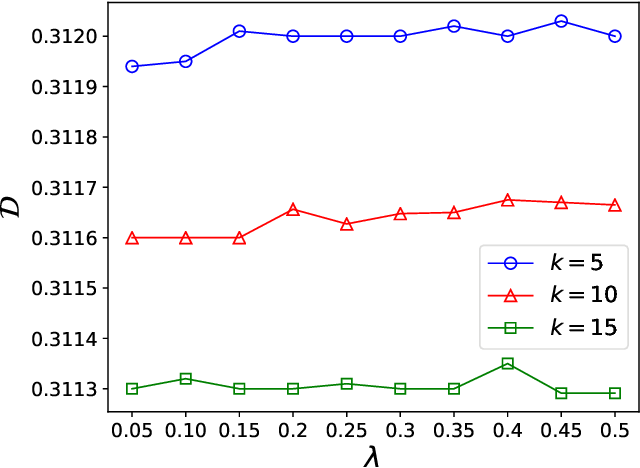 Recommender systems (RSs) are software tools and algorithms developed to alleviate the problem of information overload, which makes it difficult for a user to make right decisions. Two main paradigms toward the recommendation problem are collaborative filtering and content-based filtering, which try to recommend the best items using ratings and content available. These methods typically face infamous problems including cold-start, diversity, scalability, and great computational expense. We argue that the uptake of deep learning and reinforcement learning methods is also questionable due to their computational complexities and uninterpretability. In this paper, we approach the recommendation problem from a new prospective. We borrow ideas from cluster head selection algorithms in wireless sensor networks and adapt them to the recommendation problem. In particular, we propose Load Balanced Recommender System (LBRS), which uses a probabilistic scheme for item recommendation. Furthermore, we factor in the importance of items in the recommendation process, which significantly improves the recommendation accuracy. We also introduce a method that considers a heterogeneity among items, in order to balance the similarity and diversity trade-off. Finally, we propose a new metric for diversity, which emphasizes the importance of diversity not only from an intra-list perspective, but also from a between-list point of view. With experiments in a simulation study performed on RecSim, we show that LBRS is effective and can outperform baseline methods.

Towards Long-term Fairness in Recommendation 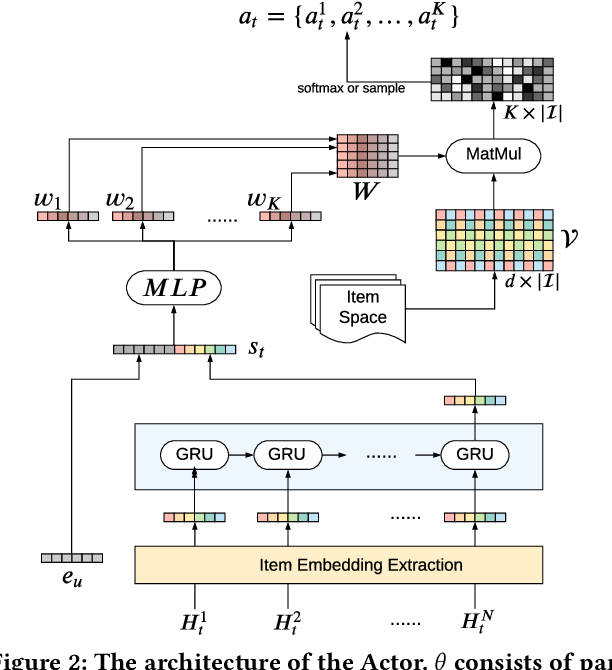 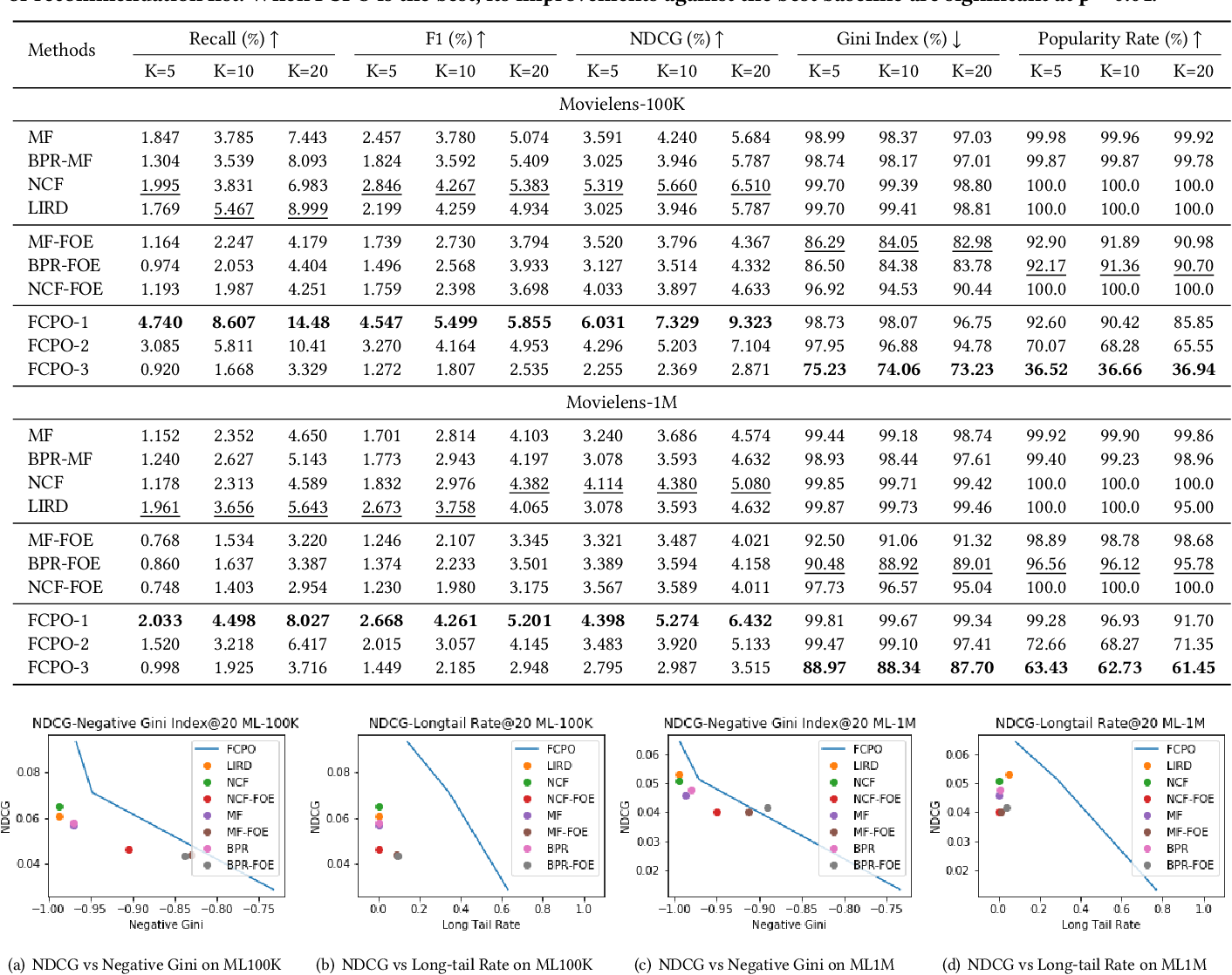 As Recommender Systems (RS) influence more and more people in their daily life, the issue of fairness in recommendation is becoming more and more important. Most of the prior approaches to fairness-aware recommendation have been situated in a static or one-shot setting, where the protected groups of items are fixed, and the model provides a one-time fairness solution based on fairness-constrained optimization. This fails to consider the dynamic nature of the recommender systems, where attributes such as item popularity may change over time due to the recommendation policy and user engagement. For example, products that were once popular may become no longer popular, and vice versa. As a result, the system that aims to maintain long-term fairness on the item exposure in different popularity groups must accommodate this change in a timely fashion. Novel to this work, we explore the problem of long-term fairness in recommendation and accomplish the problem through dynamic fairness learning. We focus on the fairness of exposure of items in different groups, while the division of the groups is based on item popularity, which dynamically changes over time in the recommendation process. We tackle this problem by proposing a fairness-constrained reinforcement learning algorithm for recommendation, which models the recommendation problem as a Constrained Markov Decision Process (CMDP), so that the model can dynamically adjust its recommendation policy to make sure the fairness requirement is always satisfied when the environment changes. Experiments on several real-world datasets verify our framework's superiority in terms of recommendation performance, short-term fairness, and long-term fairness.

Existing recommendation systems can help developers improve their software development abilities by recommending new programming tools, such as a refactoring tool or a program navigation tool. However, simply recommending tools in isolation may not, in and of itself, allow developers to successfully complete their tasks. In this paper, I introduce a new recommendation system that recommends workflows, or sequences of tools, to developers. By learning more efficient workflows, the system could make software developers more efficient. 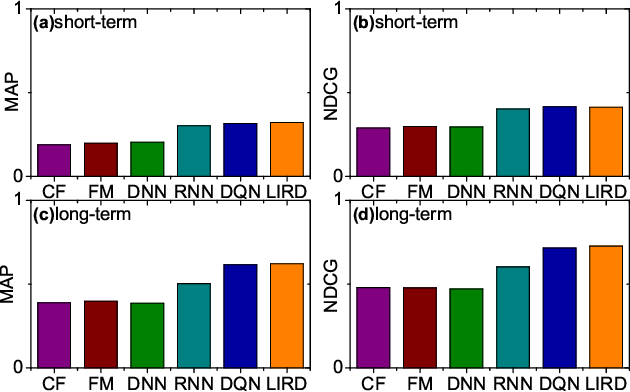 Recommender systems play a crucial role in mitigating the problem of information overload by suggesting users' personalized items or services. The vast majority of traditional recommender systems consider the recommendation procedure as a static process and make recommendations following a fixed strategy. In this paper, we propose a novel recommender system with the capability of continuously improving its strategies during the interactions with users. We model the sequential interactions between users and a recommender system as a Markov Decision Process (MDP) and leverage Reinforcement Learning (RL) to automatically learn the optimal strategies via recommending trial-and-error items and receiving reinforcements of these items from users' feedbacks. In particular, we introduce an online user-agent interacting environment simulator, which can pre-train and evaluate model parameters offline before applying the model online. Moreover, we validate the importance of list-wise recommendations during the interactions between users and agent, and develop a novel approach to incorporate them into the proposed framework LIRD for list-wide recommendations. The experimental results based on a real-world e-commerce dataset demonstrate the effectiveness of the proposed framework.