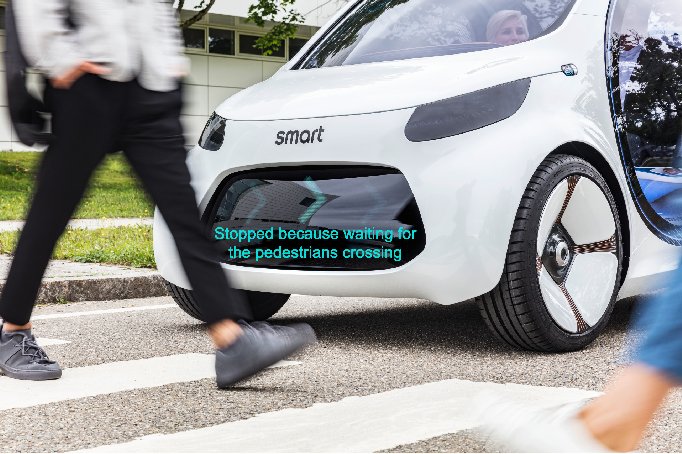 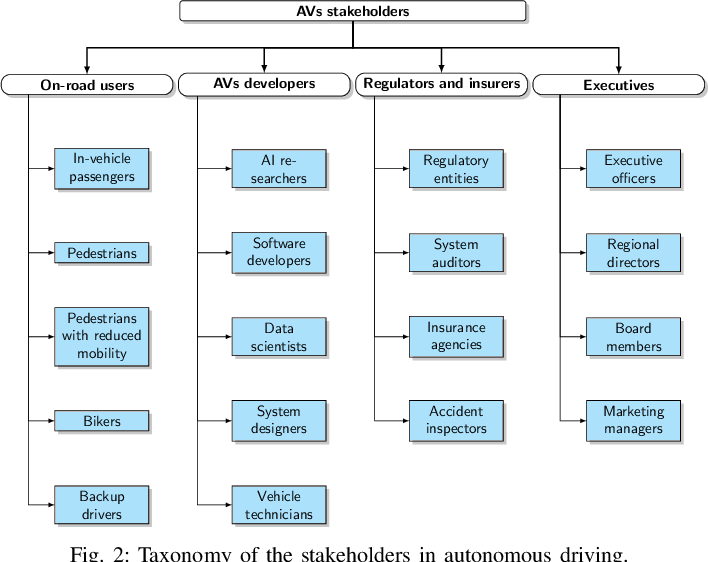 Autonomous driving has achieved a significant milestone in research and development over the last decade. There is increasing interest in the field as the deployment of self-operating vehicles on roads promises safer and more ecologically friendly transportation systems. With the rise of computationally powerful artificial intelligence (AI) techniques, autonomous vehicles can sense their environment with high precision, make safe real-time decisions, and operate more reliably without human interventions. However, intelligent decision-making in autonomous cars is not generally understandable by humans in the current state of the art, and such deficiency hinders this technology from being socially acceptable. Hence, aside from making safe real-time decisions, the AI systems of autonomous vehicles also need to explain how these decisions are constructed in order to be regulatory compliant across many jurisdictions. Our study sheds a comprehensive light on developing explainable artificial intelligence (XAI) approaches for autonomous vehicles. In particular, we make the following contributions. First, we provide a thorough overview of the present gaps with respect to explanations in the state-of-the-art autonomous vehicle industry. We then show the taxonomy of explanations and explanation receivers in this field. Thirdly, we propose a framework for an architecture of end-to-end autonomous driving systems and justify the role of XAI in both debugging and regulating such systems. Finally, as future research directions, we provide a field guide on XAI approaches for autonomous driving that can improve operational safety and transparency towards achieving public approval by regulators, manufacturers, and all engaged stakeholders. 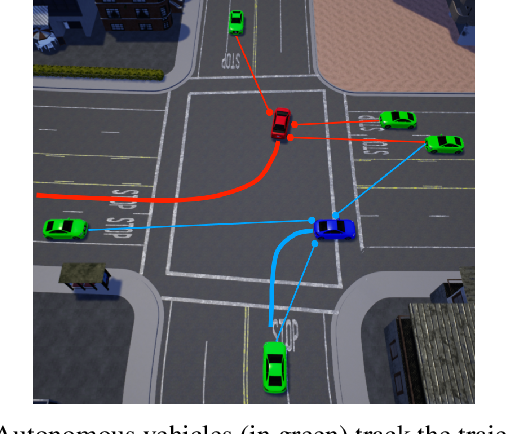 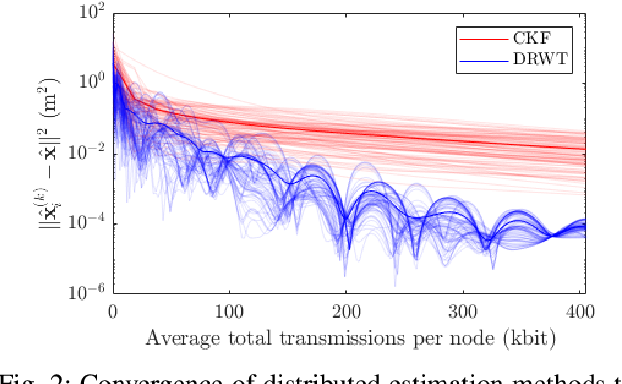 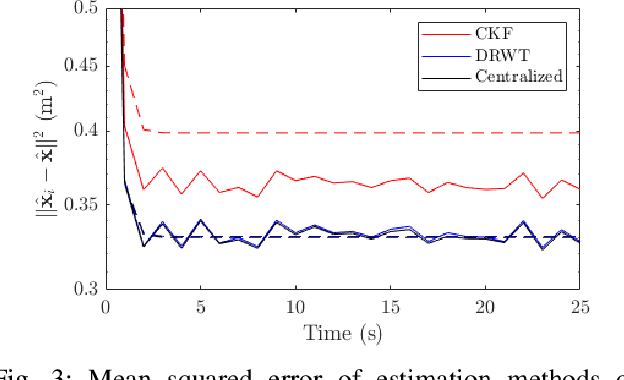 We present a scalable distributed target tracking algorithm based on the alternating direction method of multipliers that is well-suited for a fleet of autonomous cars communicating over a vehicle-to-vehicle network. Each sensing vehicle communicates with its neighbors to execute iterations of a Kalman filter-like update such that each agent's estimate approximates the centralized maximum a posteriori estimate without requiring the communication of measurements. We show that our method outperforms the Consensus Kalman Filter in recovering the centralized estimate given a fixed communication bandwidth. We also demonstrate the algorithm in a high fidelity urban driving simulator (CARLA), in which 50 autonomous cars connected on a time-varying communication network track the positions and velocities of 50 target vehicles using on-board cameras. 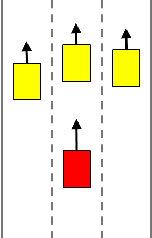 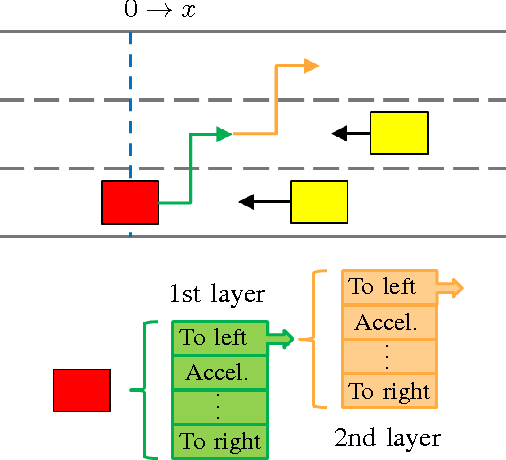 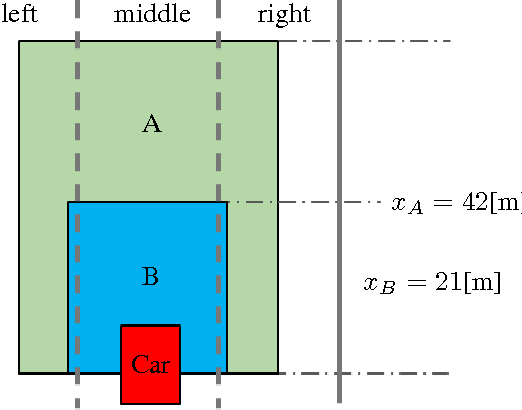 Autonomous driving has been the subject of increased interest in recent years both in industry and in academia. Serious efforts are being pursued to address legal, technical and logistical problems and make autonomous cars a viable option for everyday transportation. One significant challenge is the time and effort required for the verification and validation of the decision and control algorithms employed in these vehicles to ensure a safe and comfortable driving experience. Hundreds of thousands of miles of driving tests are required to achieve a well calibrated control system that is capable of operating an autonomous vehicle in an uncertain traffic environment where multiple interactions between vehicles and drivers simultaneously occur. Traffic simulators where these interactions can be modeled and represented with reasonable fidelity can help decrease the time and effort necessary for the development of the autonomous driving control algorithms by providing a venue where acceptable initial control calibrations can be achieved quickly and safely before actual road tests. In this paper, we present a game theoretic traffic model that can be used to 1) test and compare various autonomous vehicle decision and control systems and 2) calibrate the parameters of an existing control system. We demonstrate two example case studies, where, in the first case, we test and quantitatively compare two autonomous vehicle control systems in terms of their safety and performance, and, in the second case, we optimize the parameters of an autonomous vehicle control system, utilizing the proposed traffic model and simulation environment.

Recent years have witnessed much interest in expanding the use of networking signals beyond communication to sensing, localization, robotics, and autonomous systems. This paper explores how we can leverage recent advances in 5G millimeter wave (mmWave) technology for imaging in self-driving cars. Specifically, the use of mmWave in 5G has led to the creation of compact phased arrays with hundreds of antenna elements that can be electronically steered. Such phased arrays can expand the use of mmWave beyond vehicular communications and simple ranging sensors to a full-fledged imaging system that enables self-driving cars to see through fog, smog, snow, etc. Unfortunately, using mmWave signals for imaging in self-driving cars is challenging due to the very low resolution, the presence of fake artifacts resulting from multipath reflections and the absence of portions of the car due to specularity. This paper presents HawkEye, a system that can enable high resolution mmWave imaging in self driving cars. HawkEye addresses the above challenges by leveraging recent advances in deep learning known as Generative Adversarial Networks (GANs). HawkEye introduces a GAN architecture that is customized to mmWave imaging and builds a system that can significantly enhance the quality of mmWave images for self-driving cars.

Autonomous driving requires operation in different behavioral modes ranging from lane following and intersection crossing to turning and stopping. However, most existing deep learning approaches to autonomous driving do not consider the behavioral mode in the training strategy. This paper describes a technique for learning multiple distinct behavioral modes in a single deep neural network through the use of multi-modal multi-task learning. We study the effectiveness of this approach, denoted MultiNet, using self-driving model cars for driving in unstructured environments such as sidewalks and unpaved roads. Using labeled data from over one hundred hours of driving our fleet of 1/10th scale model cars, we trained different neural networks to predict the steering angle and driving speed of the vehicle in different behavioral modes. We show that in each case, MultiNet networks outperform networks trained on individual modes while using a fraction of the total number of parameters.

To Explain or Not to Explain: A Study on the Necessity of Explanations for Autonomous Vehicles 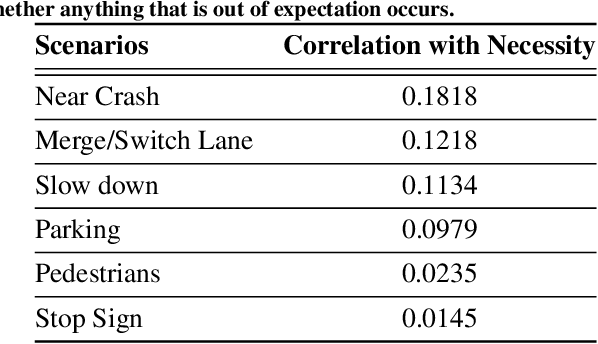 Explainable AI, in the context of autonomous systems, like self driving cars, has drawn broad interests from researchers. Recent studies have found that providing explanations for an autonomous vehicle actions has many benefits, e.g., increase trust and acceptance, but put little emphasis on when an explanation is needed and how the content of explanation changes with context. In this work, we investigate which scenarios people need explanations and how the critical degree of explanation shifts with situations and driver types. Through a user experiment, we ask participants to evaluate how necessary an explanation is and measure the impact on their trust in the self driving cars in different contexts. We also present a self driving explanation dataset with first person explanations and associated measure of the necessity for 1103 video clips, augmenting the Berkeley Deep Drive Attention dataset. Additionally, we propose a learning based model that predicts how necessary an explanation for a given situation in real time, using camera data inputs. Our research reveals that driver types and context dictates whether or not an explanation is necessary and what is helpful for improved interaction and understanding. 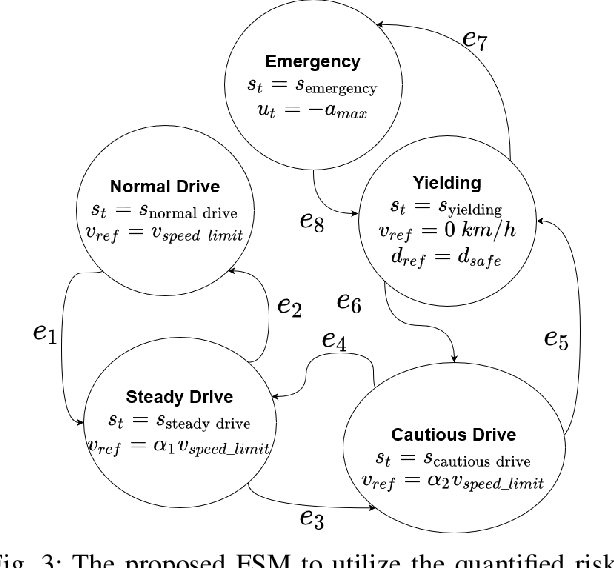 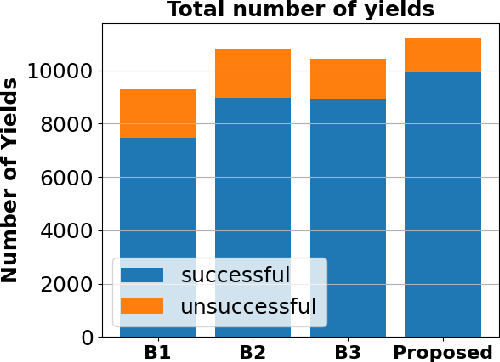 Avoiding unseen or partially occluded vulnerable road users (VRUs) is a major challenge for fully autonomous driving in urban scenes. However, occlusion-aware risk assessment systems have not been widely studied. Here, we propose a pedestrian emergence estimation and occlusion-aware risk assessment system for urban autonomous driving. First, the proposed system utilizes available contextual information, such as visible cars and pedestrians, to estimate pedestrian emergence probabilities in occluded regions. These probabilities are then used in a risk assessment framework, and incorporated into a longitudinal motion controller. The proposed controller is tested against several baseline controllers that recapitulate some commonly observed driving styles. The simulated test scenarios include randomly placed parked cars and pedestrians, most of whom are occluded from the ego vehicle's view and emerges randomly. The proposed controller outperformed the baselines in terms of safety and comfort measures. 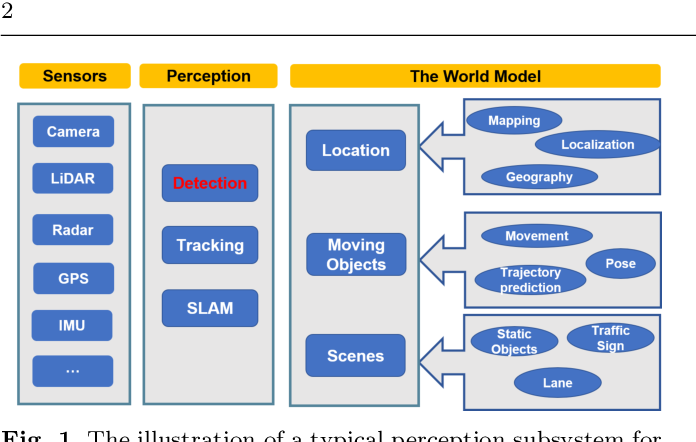 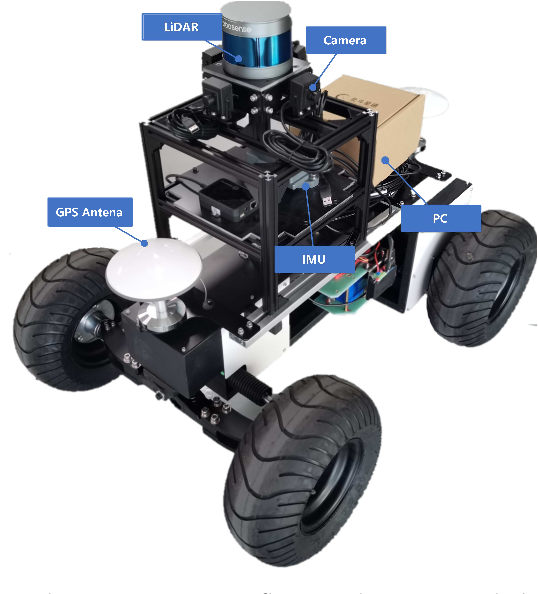 In the past few years, we have witnessed rapid development of autonomous driving. However, achieving full autonomy remains a daunting task due to the complex and dynamic driving environment. As a result, self-driving cars are equipped with a suite of sensors to conduct robust and accurate environment perception. As the number and type of sensors keep increasing, combining them for better perception is becoming a natural trend. So far, there has been no indepth review that focuses on multi-sensor fusion based perception. To bridge this gap and motivate future research, this survey devotes to review recent fusion-based 3D detection deep learning models that leverage multiple sensor data sources, especially cameras and LiDARs. In this survey, we first introduce the background of popular sensors for autonomous cars, including their common data representations as well as object detection networks developed for each type of sensor data. Next, we discuss some popular datasets for multi-modal 3D object detection, with a special focus on the sensor data included in each dataset. Then we present in-depth reviews of recent multi-modal 3D detection networks by considering the following three aspects of the fusion: fusion location, fusion data representation, and fusion granularity. After a detailed review, we discuss open challenges and point out possible solutions. We hope that our detailed review can help researchers to embark investigations in the area of multi-modal 3D object detection.