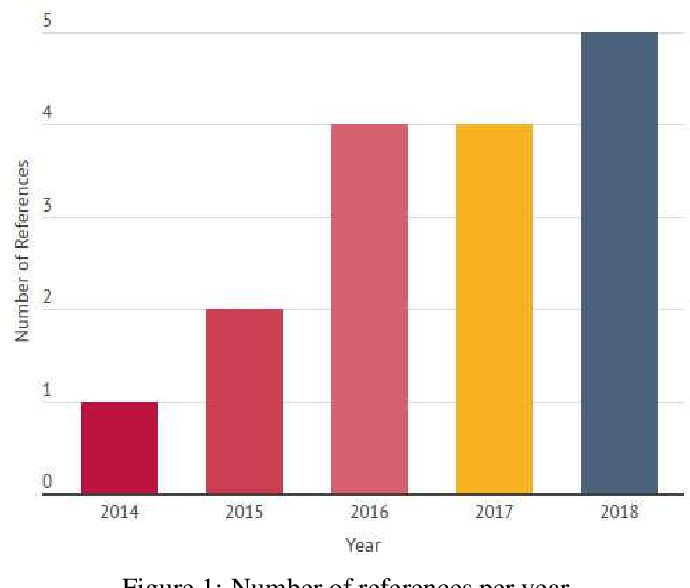 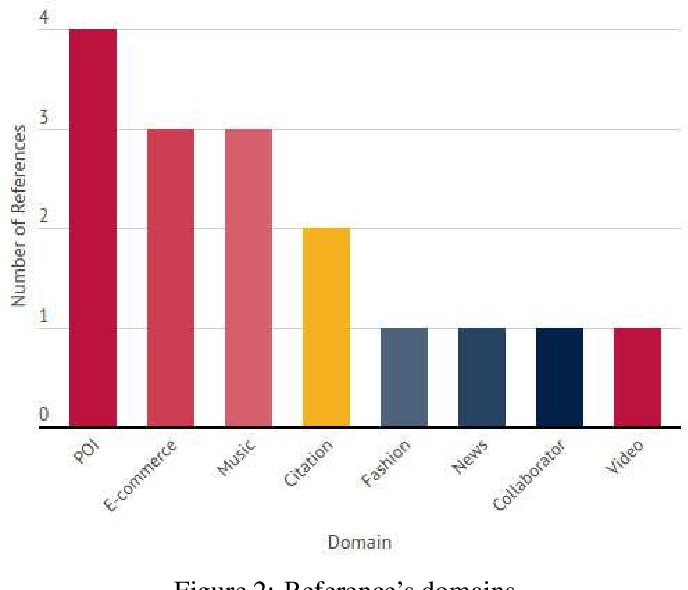 Recommender Systems are tools that improve how users find relevant information in web systems, so they do not face too much information. In order to generate better recommendations, the context of information should be used in the recommendation process. Context-Aware Recommender Systems were created, accomplishing state-of-the-art results and improving traditional recommender systems. There are many approaches to build recommender systems, and two of the most prominent advances in area have been the use of Embeddings to represent the data in the recommender system, and the use of Deep Learning architectures to generate the recommendations to the user. A systematic review adopts a formal and systematic method to perform a bibliographic review, and it is used to identify and evaluate all the research in certain area of study, by analyzing the relevant research published. A systematic review was conducted to understand how the Deep Learning and Embeddings techniques are being applied to improve Context-Aware Recommender Systems. We summarized the architectures that are used to create those and the domains that they are used.

From Word Embeddings to Item Recommendation 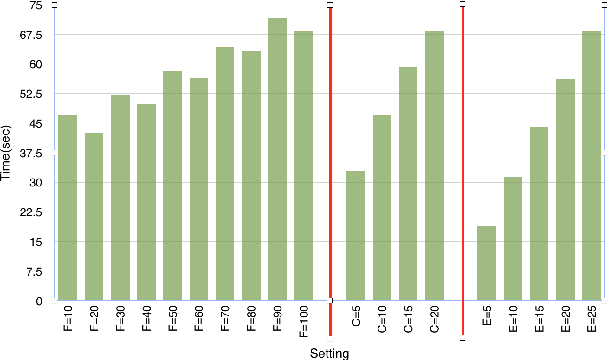 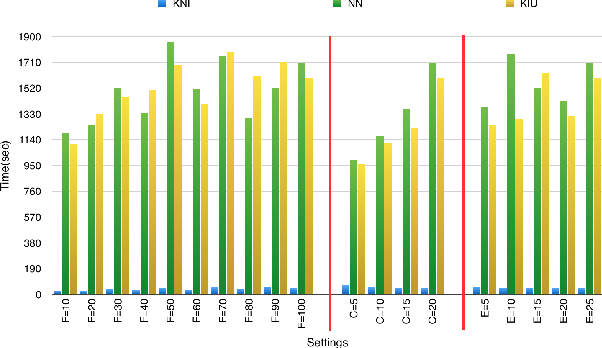 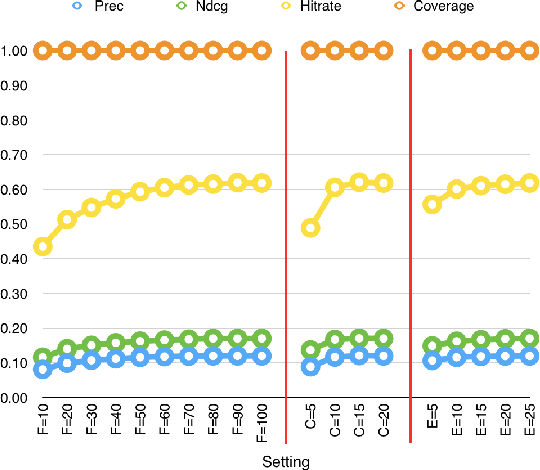 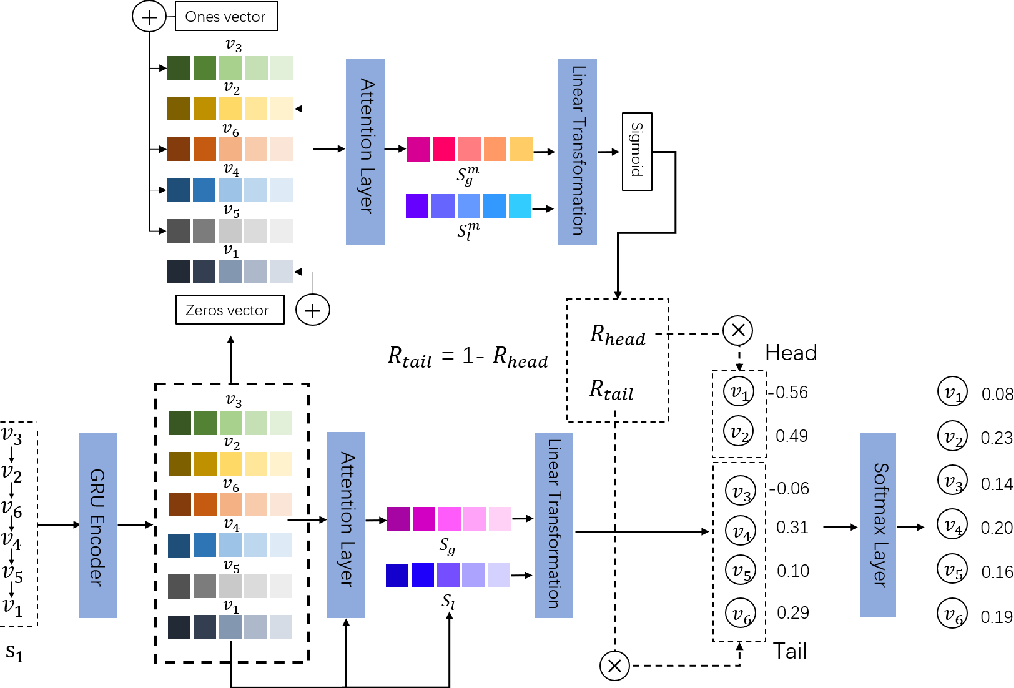 Recommender systems are one of the most applied methods in machine learning and find applications in many areas, ranging from economics to the Internet of things. This article provides a general overview of modern approaches to recommender system design using clustering as a preliminary step to improve overall performance. Using clustering can address several known issues in recommendation systems, including increasing the diversity, consistency, and reliability of recommendations; the data sparsity of user-preference matrices; and changes in user preferences over time. This work will be useful for both beginners in the field of recommender systems and specialists in related fields that are interested in examining the applicability of recommender systems. This review is focused on the analysis of the scientific literature on the topics of recommender systems and clustering models that have appeared in recent years and contains a representative list of the literature for the further exploration of this topic. In the first part, a brief introduction to the so-called classic or traditional recommendation algorithms is given, along with an overview of the clustering problem. 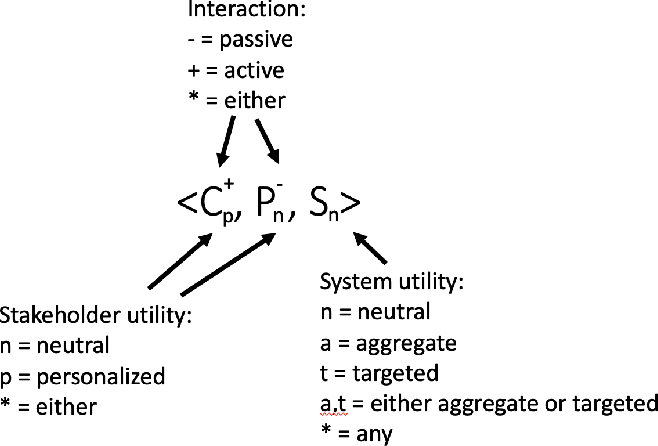 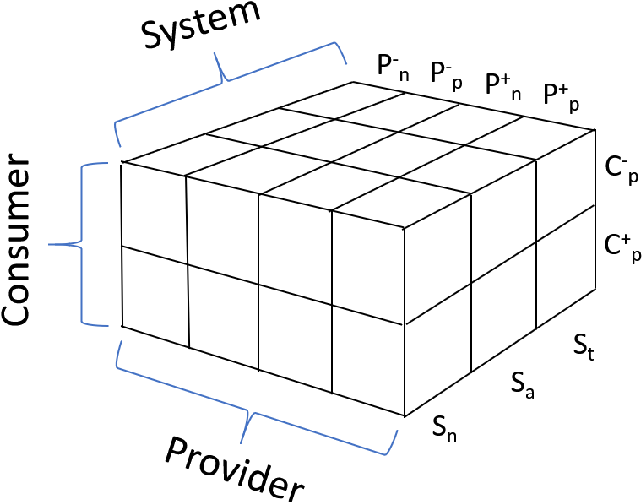 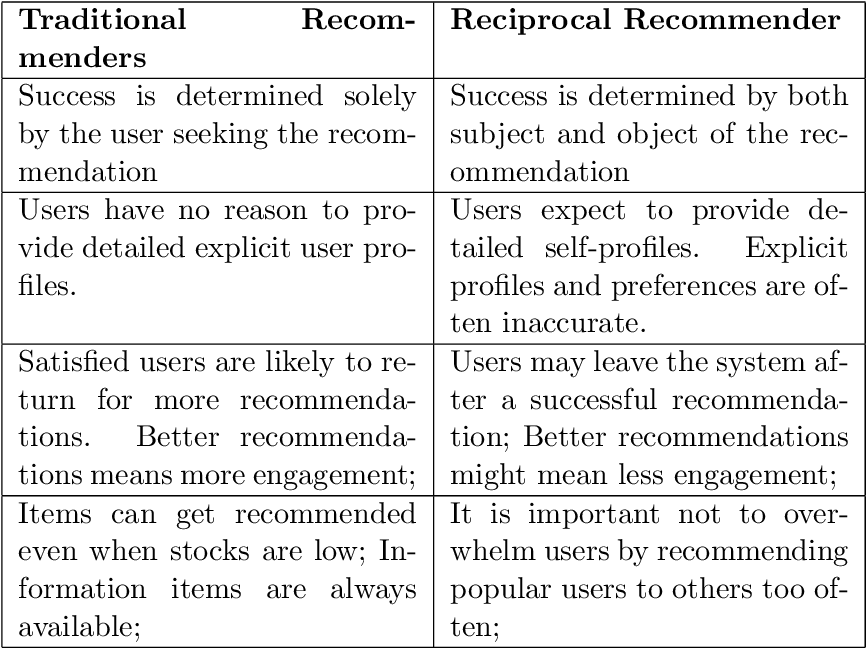 Recommender systems are personalized information access applications; they are ubiquitous in today's online environment, and effective at finding items that meet user needs and tastes. As the reach of recommender systems has extended, it has become apparent that the single-minded focus on the user common to academic research has obscured other important aspects of recommendation outcomes. Properties such as fairness, balance, profitability, and reciprocity are not captured by typical metrics for recommender system evaluation. The concept of multistakeholder recommendation has emerged as a unifying framework for describing and understanding recommendation settings where the end user is not the sole focus. This article describes the origins of multistakeholder recommendation, and the landscape of system designs. It provides illustrative examples of current research, as well as outlining open questions and research directions for the field.

A recommender system recommends a few items for a user by sorting items according to their predicted preferences and filter items with the highest predicted preferences. While sorting and selecting top-K items are an inherent part of the personalized recommendation, it is nontrivial to incorporate them in the process of end-to-end model training since sorting is not differentiable and impossible to optimize with gradient based updates. Instead, existing recommenders optimize surrogate objectives, often rendering suboptimal quality of recommendations. In this paper, we propose the differentiable ranking metrics (DRM), a differentiable relaxation of evaluation metrics such as Precision and Recall. DRM maximizes the evaluation metrics for recommendation models directly. Via experiments with several real-world datasets, we demonstrate that the joint learning of the DRM cost function upon existing factor-based recommendation models improves the quality of recommendations significantly, in comparison with other state-of-the-art recommendation methods. 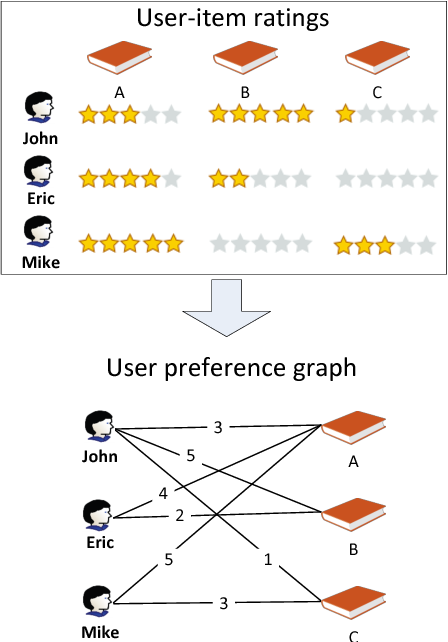 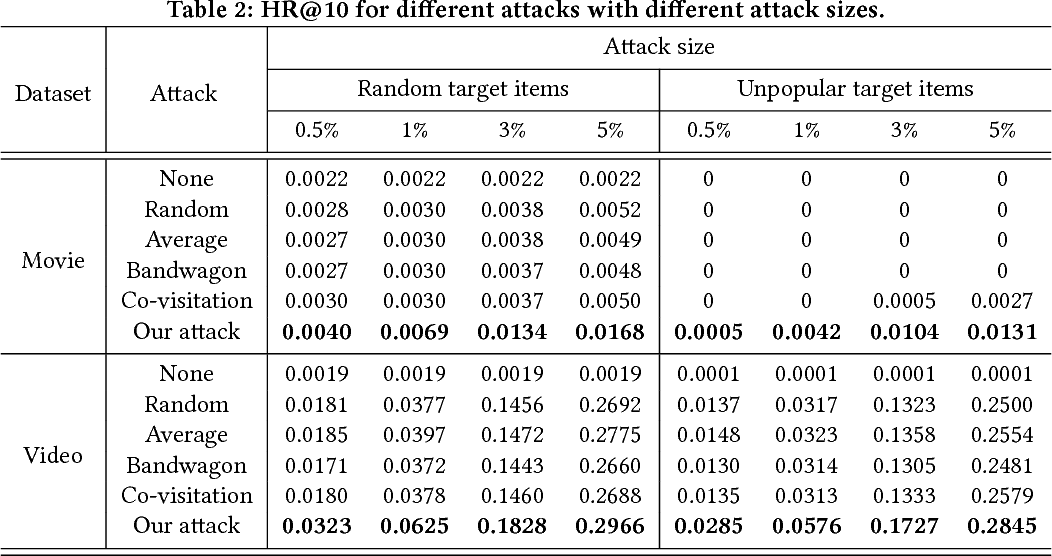 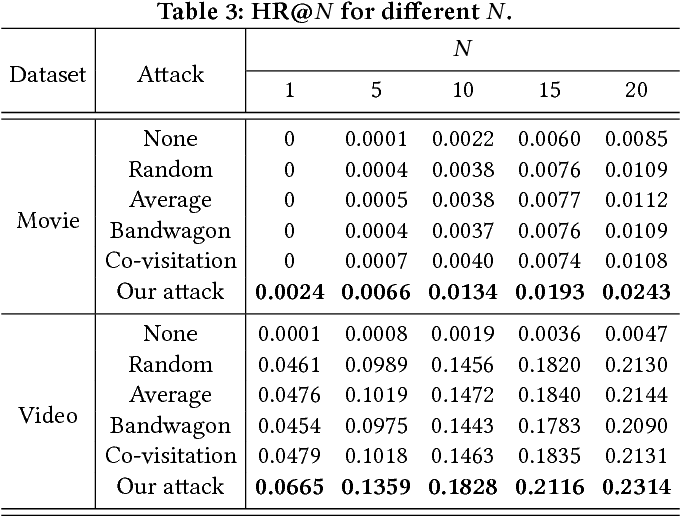 
* 34th Annual Computer Security Applications Conference (ACSAC), 2018; Due to the limitation "The abstract field cannot be longer than 1,920 characters", the abstract appearing here is slightly shorter than that in the PDF file

How does the User's Knowledge of the Recommender Influence their Behavior? 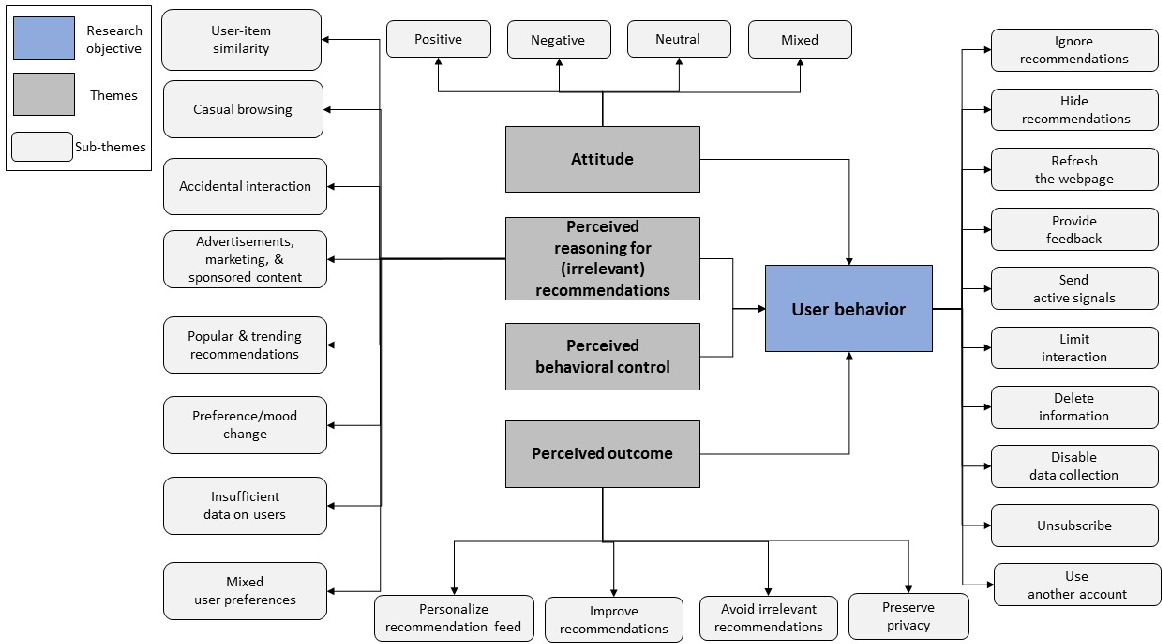 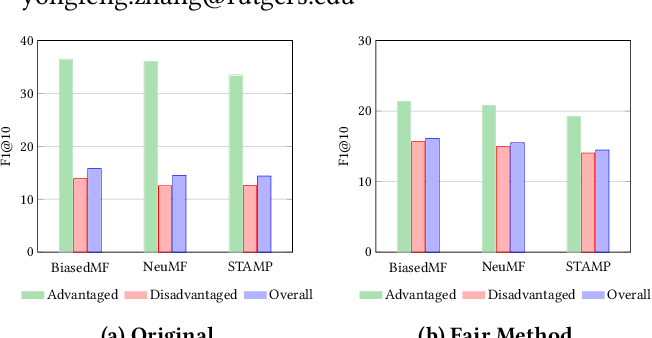 As a highly data-driven application, recommender systems could be affected by data bias, resulting in unfair results for different data groups, which could be a reason that affects the system performance. Therefore, it is important to identify and solve the unfairness issues in recommendation scenarios. In this paper, we address the unfairness problem in recommender systems from the user perspective. We group users into advantaged and disadvantaged groups according to their level of activity, and conduct experiments to show that current recommender systems will behave unfairly between two groups of users. Specifically, the advantaged users (active) who only account for a small proportion in data enjoy much higher recommendation quality than those disadvantaged users (inactive). Such bias can also affect the overall performance since the disadvantaged users are the majority. To solve this problem, we provide a re-ranking approach to mitigate this unfairness problem by adding constraints over evaluation metrics. The experiments we conducted on several real-world datasets with various recommendation algorithms show that our approach can not only improve group fairness of users in recommender systems, but also achieve better overall recommendation performance.