Time series analysis is of immense importance in extensive applications, such as weather forecasting, anomaly detection, and action recognition. This paper focuses on temporal variation modeling, which is the common key problem of extensive analysis tasks. Previous methods attempt to accomplish this directly from the 1D time series, which is extremely challenging due to the intricate temporal patterns. Based on the observation of multi-periodicity in time series, we ravel out the complex temporal variations into the multiple intraperiod- and interperiod-variations. To tackle the limitations of 1D time series in representation capability, we extend the analysis of temporal variations into the 2D space by transforming the 1D time series into a set of 2D tensors based on multiple periods. This transformation can embed the intraperiod- and interperiod-variations into the columns and rows of the 2D tensors respectively, making the 2D-variations to be easily modeled by 2D kernels. Technically, we propose the TimesNet with TimesBlock as a task-general backbone for time series analysis. TimesBlock can discover the multi-periodicity adaptively and extract the complex temporal variations from transformed 2D tensors by a parameter-efficient inception block. Our proposed TimesNet achieves consistent state-of-the-art in five mainstream time series analysis tasks, including short- and long-term forecasting, imputation, classification, and anomaly detection. 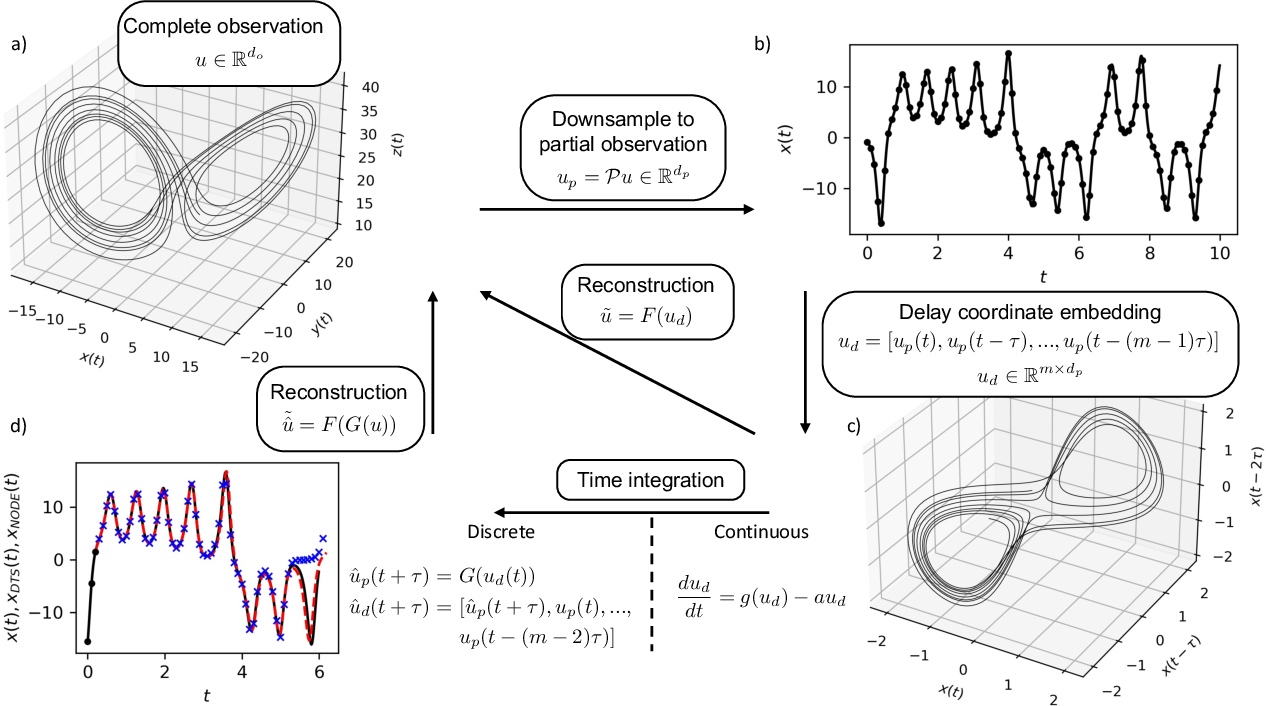 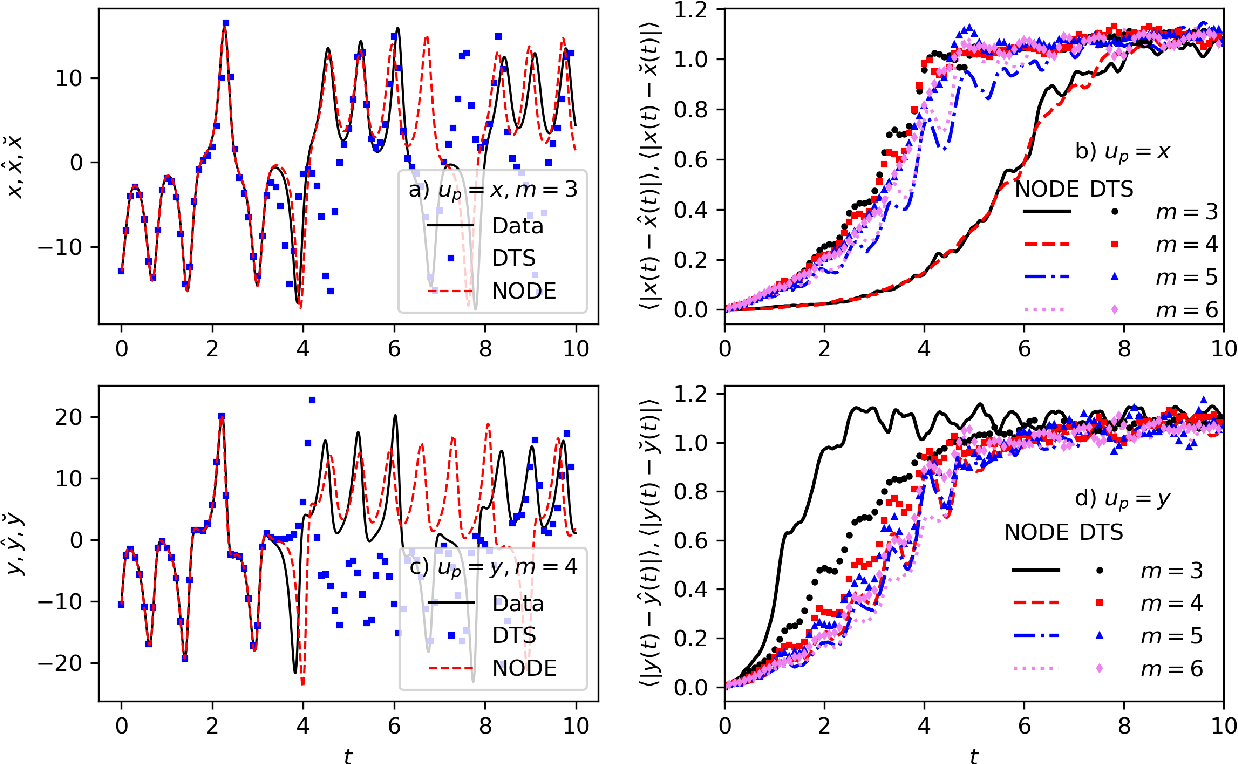 A common problem in time series analysis is to predict dynamics with only scalar or partial observations of the underlying dynamical system. For data on a smooth compact manifold, Takens theorem proves a time delayed embedding of the partial state is diffeomorphic to the attractor, although for chaotic and highly nonlinear systems learning these delay coordinate mappings is challenging. We utilize deep artificial neural networks (ANNs) to learn discrete discrete time maps and continuous time flows of the partial state. Given training data for the full state, we also learn a reconstruction map. Thus, predictions of a time series can be made from the current state and several previous observations with embedding parameters determined from time series analysis. The state space for time evolution is of comparable dimension to reduced order manifold models. These are advantages over recurrent neural network models, which require a high dimensional internal state or additional memory terms and hyperparameters. We demonstrate the capacity of deep ANNs to predict chaotic behavior from a scalar observation on a manifold of dimension three via the Lorenz system. We also consider multivariate observations on the Kuramoto-Sivashinsky equation, where the observation dimension required for accurately reproducing dynamics increases with the manifold dimension via the spatial extent of the system. 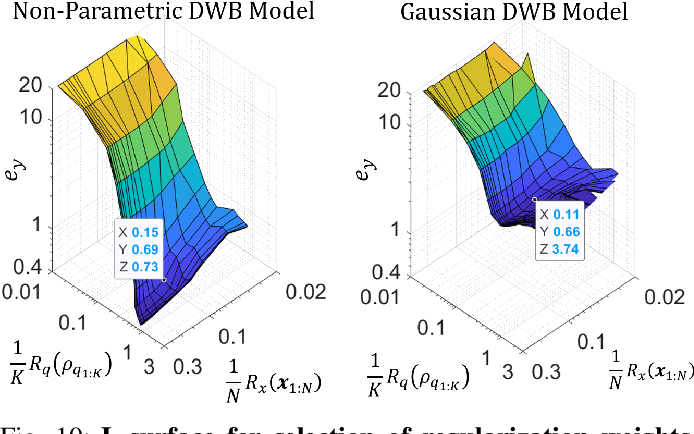 We consider probabilistic time-series models for systems that gradually transition among a finite number of states. We are particularly motivated by applications such as human activity analysis where the observed time-series contains segments representing distinct activities such as running or walking as well as segments characterized by continuous transition among these states. Accordingly, the dynamical Wasserstein barycenter (DWB) model introduced in Cheng et al. in 2021 [1] associates with each state, which we call a pure state, its own probability distribution, and models these continuous transitions with the dynamics of the barycentric weights that combine the pure state distributions via the Wasserstein barycenter. Here, focusing on the univariate case where Wasserstein distances and barycenters can be computed in closed form, we extend [1] by discussing two challenges associated with learning a DWB model and two improvements. First, we highlight the issue of uniqueness in identifying the model parameters. Secondly, we discuss the challenge of estimating a dynamically evolving distribution given a limited number of samples. The uncertainty associated with this estimation may cause a model's learned dynamics to not reflect the gradual transitions characteristic of the system. The first improvement introduces a regularization framework that addresses this uncertainty by imposing temporal smoothness on the dynamics of the barycentric weights while leveraging the understanding of the non-uniqueness of the problem. This is done without defining an entire stochastic model for the dynamics of the system as in [1]. Our second improvement lifts the Gaussian assumption on the pure states distributions in [1] by proposing a quantile-based non-parametric representation. We pose model estimation in a variational framework and propose a finite approximation to the infinite dimensional problem. 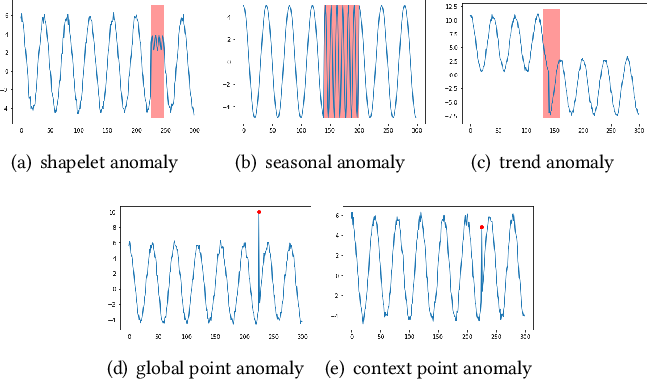 Time series anomaly detection is a challenging problem due to the complex temporal dependencies and the limited label data. Although some algorithms including both traditional and deep models have been proposed, most of them mainly focus on time-domain modeling, and do not fully utilize the information in the frequency domain of the time series data. In this paper, we propose a Time-Frequency analysis based time series Anomaly Detection model, or TFAD for short, to exploit both time and frequency domains for performance improvement. Besides, we incorporate time series decomposition and data augmentation mechanisms in the designed time-frequency architecture to further boost the abilities of performance and interpretability. Empirical studies on widely used benchmark datasets show that our approach obtains state-of-the-art performance in univariate and multivariate time series anomaly detection tasks. Code is provided at https://github.com/DAMO-DI-ML/CIKM22-TFAD. 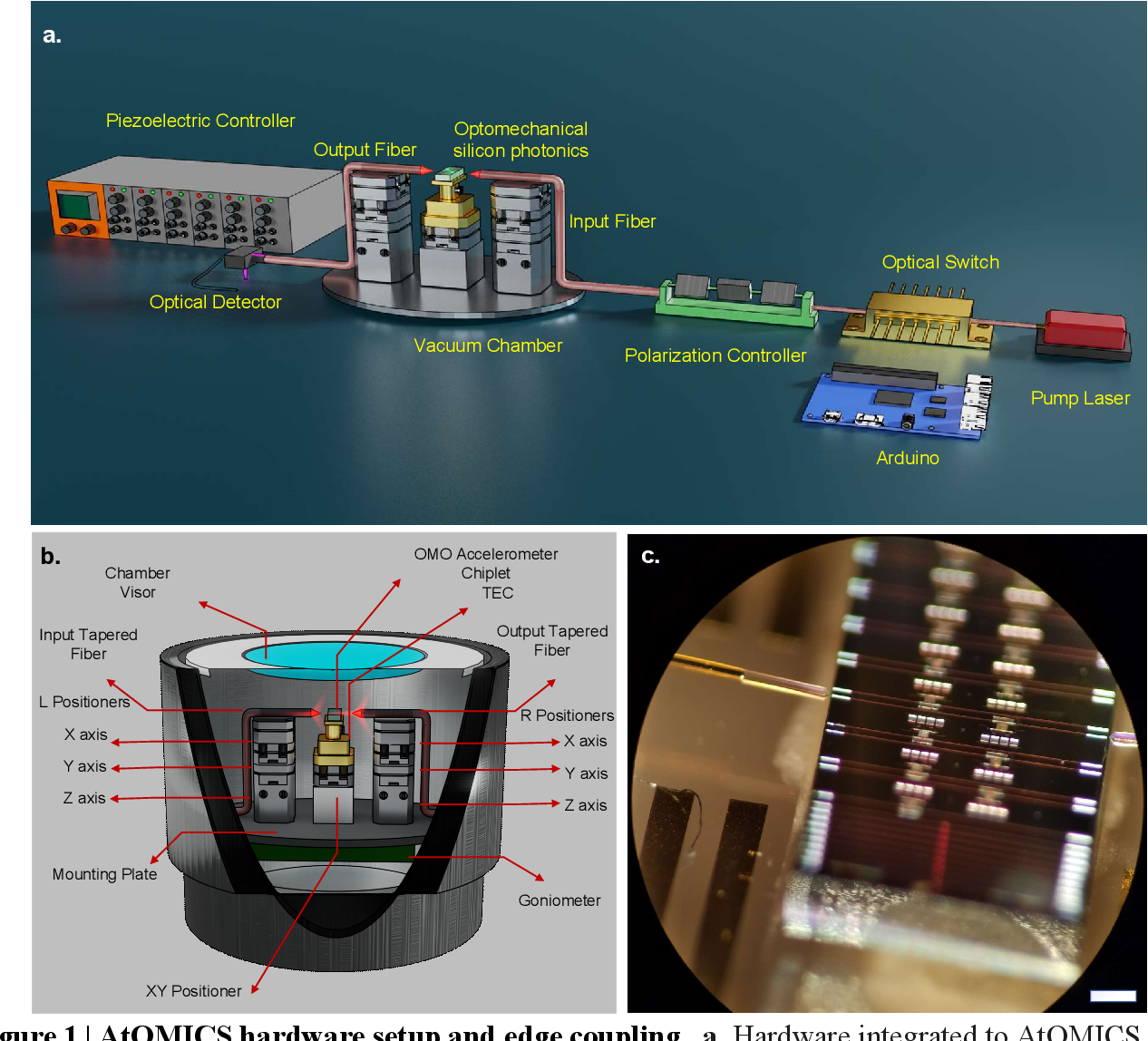 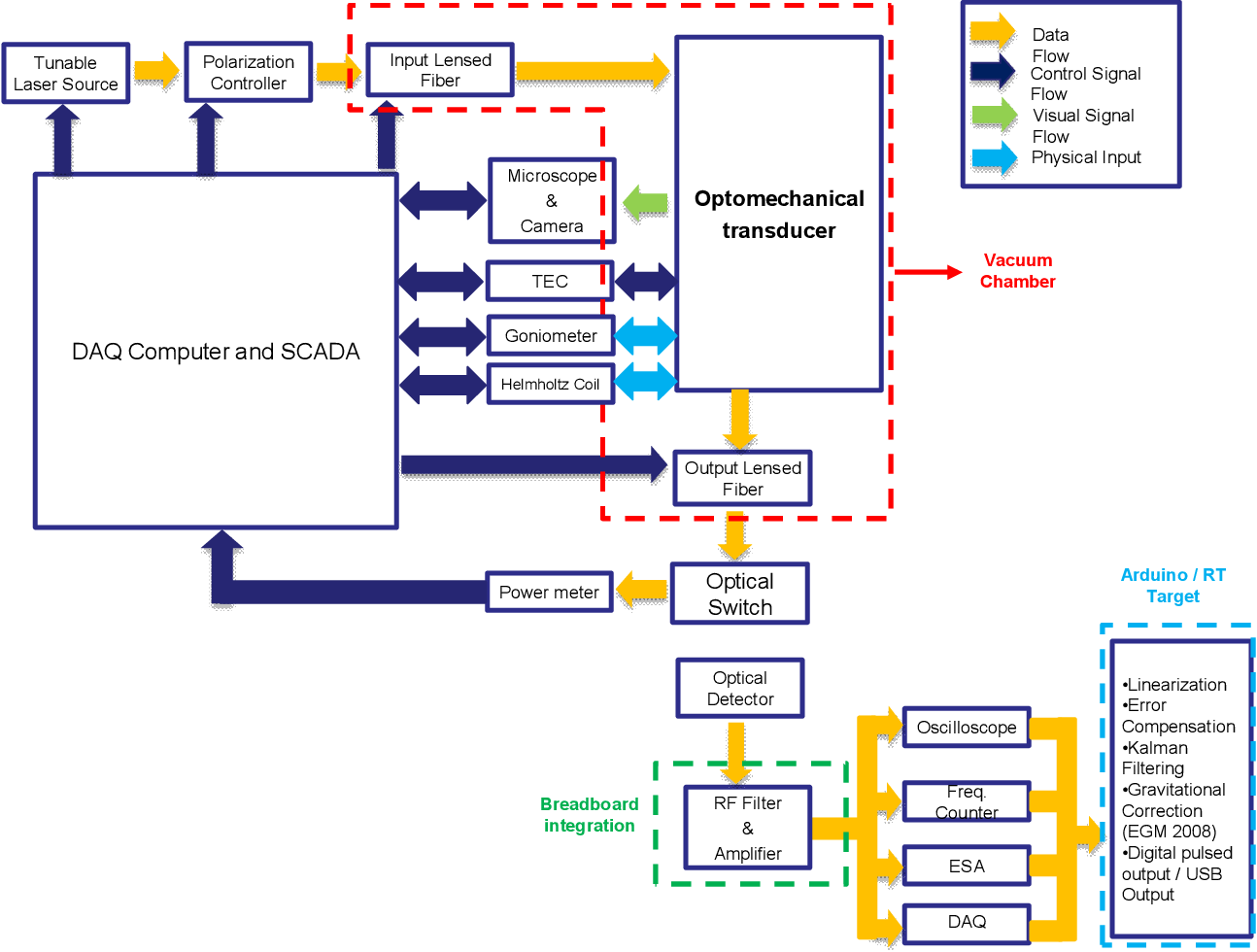 Recent advances in silicon photonics promise to revolutionize modern technology by improving performance of everyday devices in multiple fields. However, as the industry moves into a mass fabrication phase, the problem of effective testing of integrated silicon photonics devices remains to be solved. A cost-efficient manner that reduces schedule risk needs to involve automated testing of multiple devices that share common characteristics such as input-output coupling mechanisms, but at the same time needs to be generalizable to multiple types of devices and scenarios. In this paper we present a neural network-based automated system designed for in-plane fiber-chip-fiber testing, characterization, and active alignment of silicon photonic devices that use process-design-kit library edge couplers. The presented approach combines state-of-the-art computer vision techniques with time-series analysis, in order to control a testing setup that can process multiple devices and can be easily tuned to incorporate additional hardware. The system can operate at vacuum or atmospheric pressures and maintains stability for fairly long time periods in excess of a month. 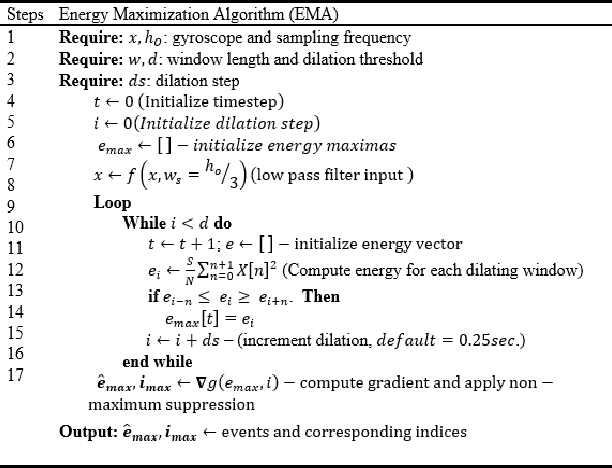 The current paper implements a methodology for automatically detecting vehicle maneuvers from vehicle telemetry data under naturalistic driving settings. Previous approaches have treated vehicle maneuver detection as a classification problem, although both time series segmentation and classification are required since input telemetry data is continuous. Our objective is to develop an end-to-end pipeline for frame-by-frame annotation of naturalistic driving studies videos into various driving events including stop and lane keeping events, lane changes, left-right turning movements, and horizontal curve maneuvers. To address the time series segmentation problem, the study developed an Energy Maximization Algorithm (EMA) capable of extracting driving events of varying durations and frequencies from continuous signal data. To reduce overfitting and false alarm rates, heuristic algorithms were used to classify events with highly variable patterns such as stops and lane-keeping. To classify segmented driving events, four machine learning models were implemented, and their accuracy and transferability were assessed over multiple data sources. The duration of events extracted by EMA were comparable to actual events, with accuracies ranging from 59.30% (left lane change) to 85.60% (lane-keeping). Additionally, the overall accuracy of the 1D-convolutional neural network model was 98.99%, followed by the Long-short-term-memory model at 97.75%, then random forest model at 97.71%, and the support vector machine model at 97.65%. These model accuracies where consistent across different data sources. The study concludes that implementing a segmentation-classification pipeline significantly improves both the accuracy for driver maneuver detection and transferability of shallow and deep ML models across diverse datasets. 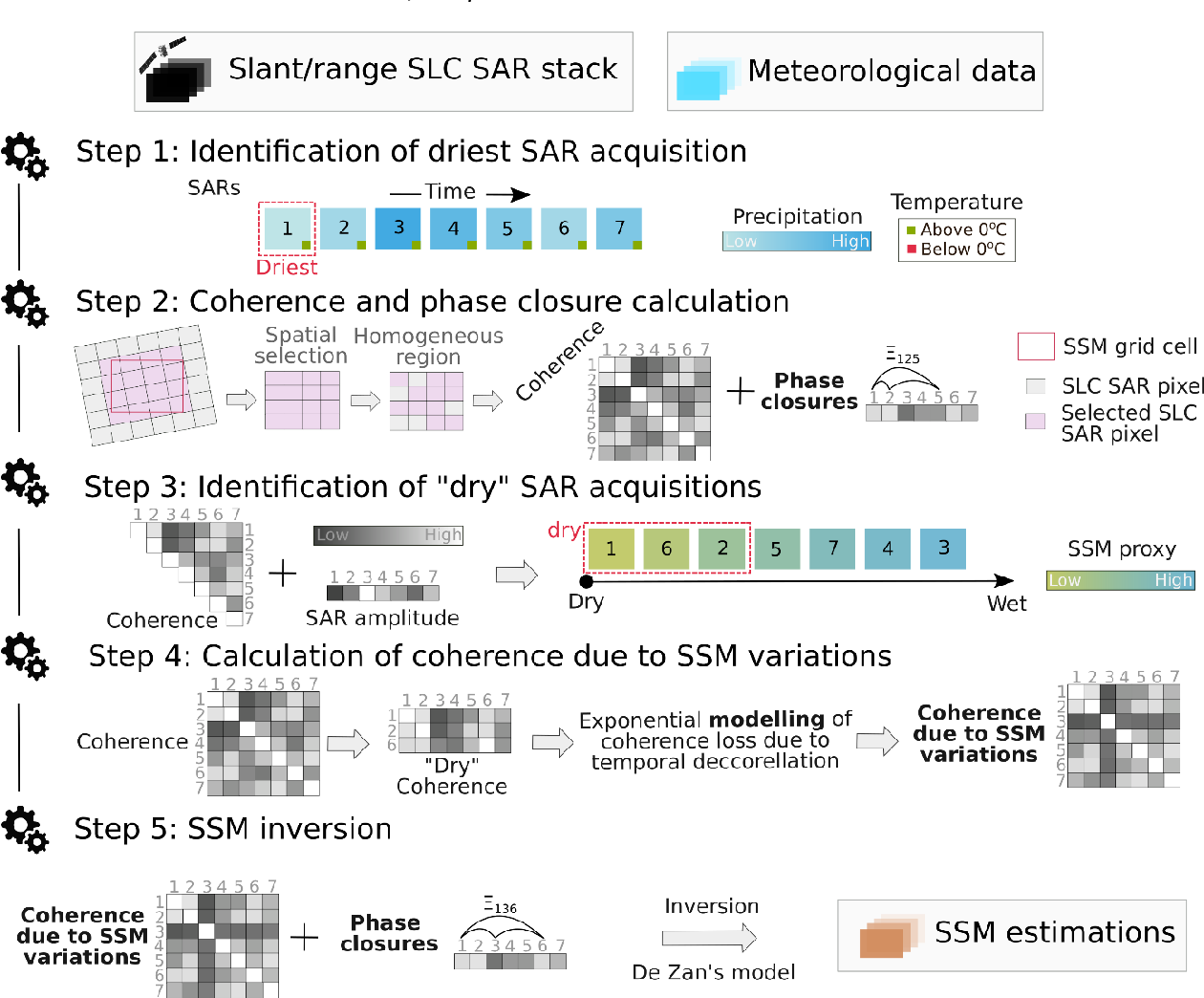 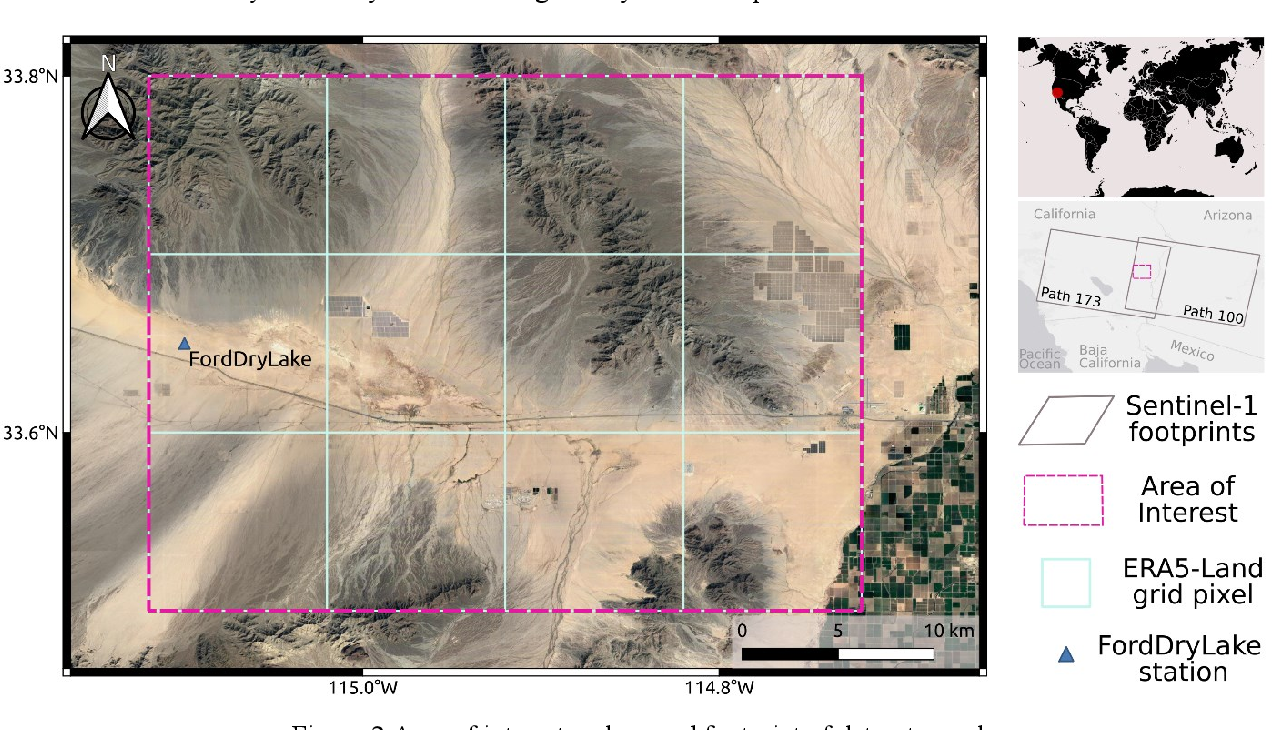 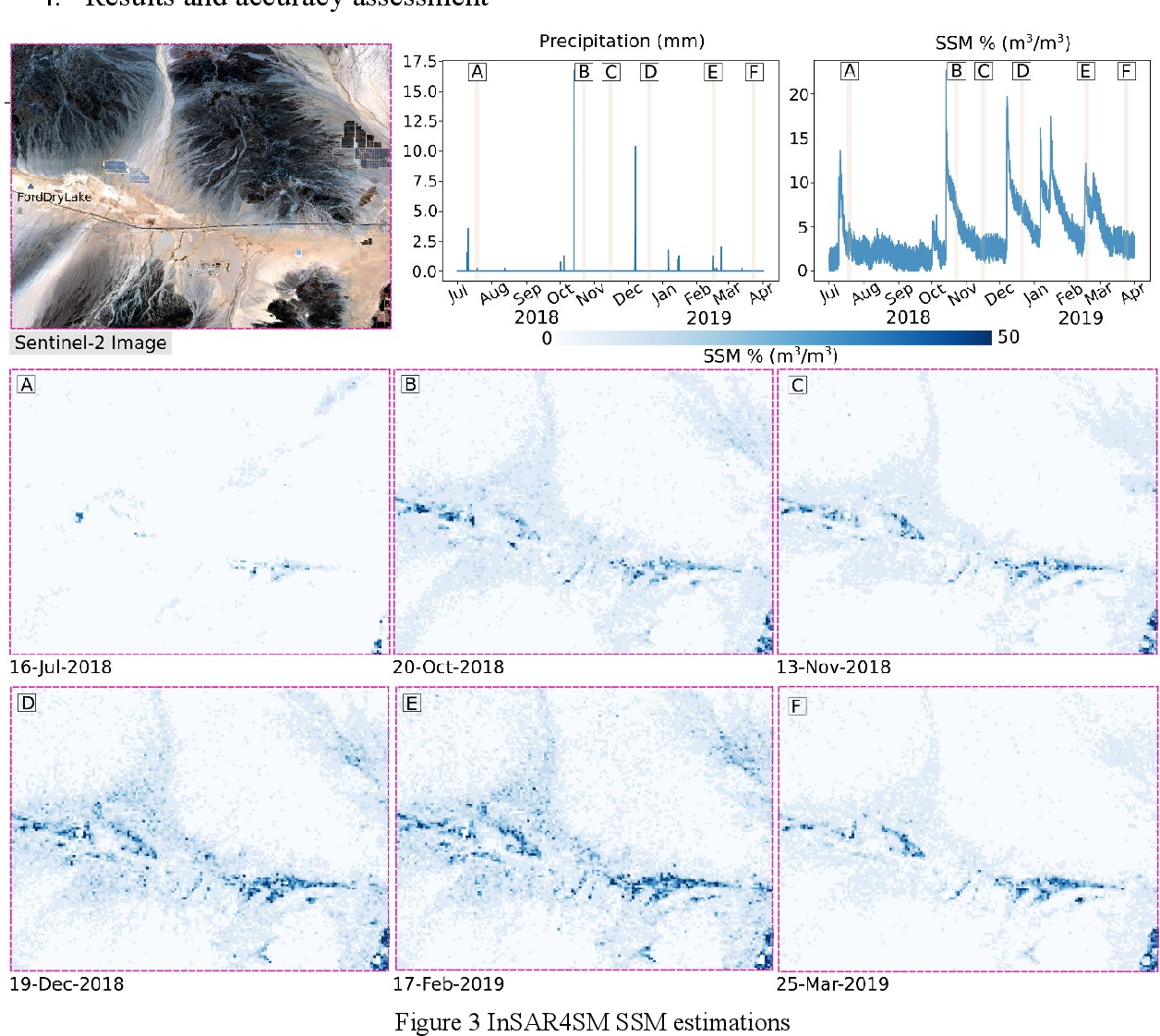 We present a methodology based on interferometric synthetic aperture radar (InSAR) time series analysis that can provide surface (top 5 cm) soil moisture (SSM) estimations. The InSAR time series analysis consists of five processing steps. A co-registered Single Look Complex (SLC) SAR stack as well as meteorological information are required as input of the proposed workflow. In the first step, ice/snow-free and zero-precipitation SAR images are identified using meteorological data. In the second step, construction and phase extraction of distributed scatterers (DSs) (over bare land) is performed. In the third step, for each DS the ordering of surface soil moisture (SSM) levels of SAR acquisitions based on interferometric coherence is calculated. In the fourth step, for each DS the coherence due to SSM variations is calculated. In the fifth step, SSM is estimated by a constrained inversion of an analytical interferometric model using coherence and phase closure information. The implementation of the proposed approach is provided as an open-source software toolbox (INSAR4SM) available at www.github.com/kleok/INSAR4SM. A case study over an arid region in California/Arizona is presented. The proposed workflow was applied in Sentinel- 1 (C-band) VV-polarized InSAR observations. The estimated SSM results were assessed with independent SSM observations from a station of the International Soil Moisture Network (ISMN) (RMSE: 0.027 $m^3/m^3$ R: 0.88) and ERA5-Land reanalysis model data (RMSE: 0.035 $m^3/m^3$ R: 0.71). The proposed methodology was able to provide accurate SSM estimations at high spatial resolution (~250 m). A discussion of the benefits and the limitations of the proposed methodology highlighted the potential of interferometric observables for SSM estimation over arid regions. 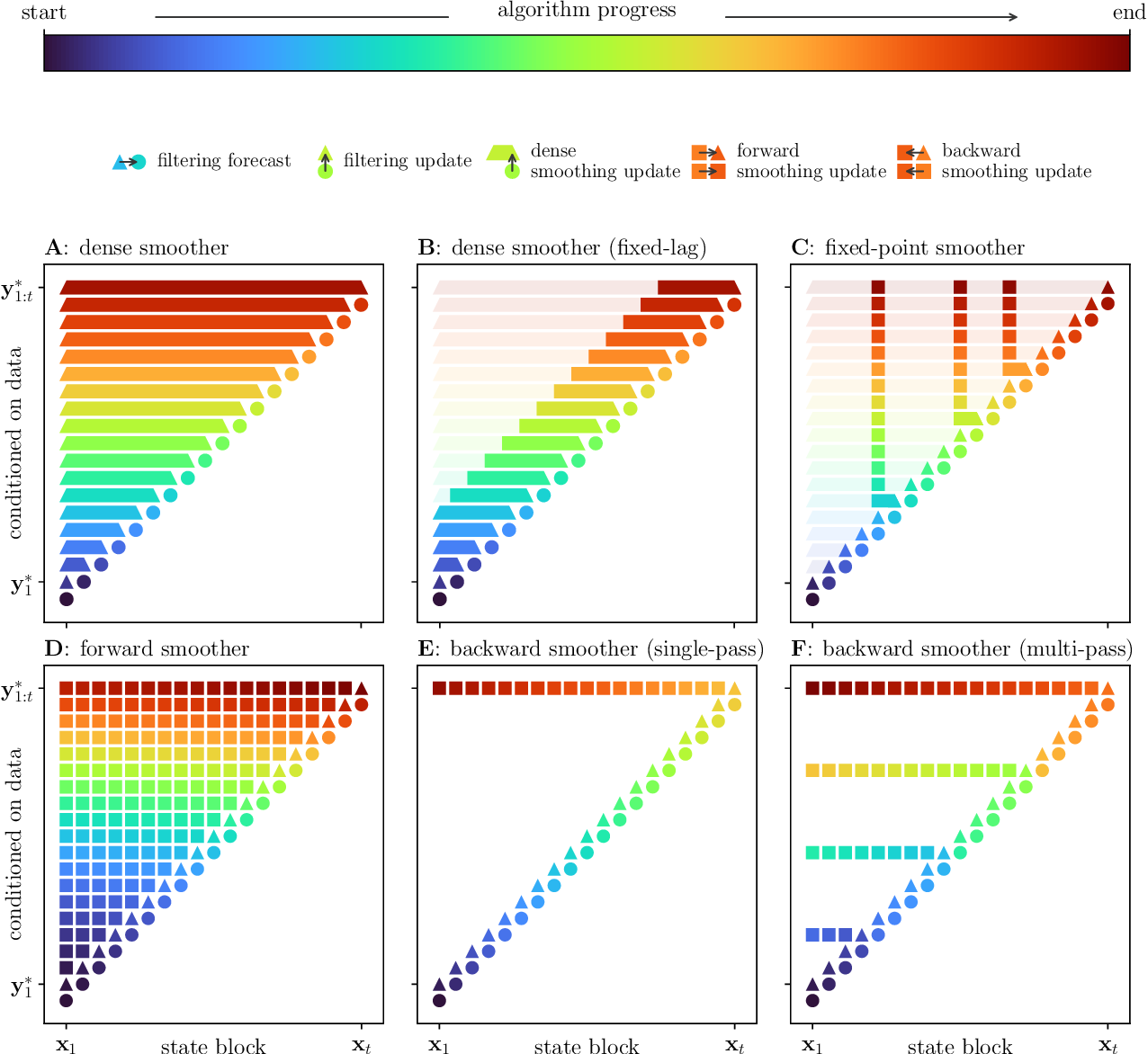 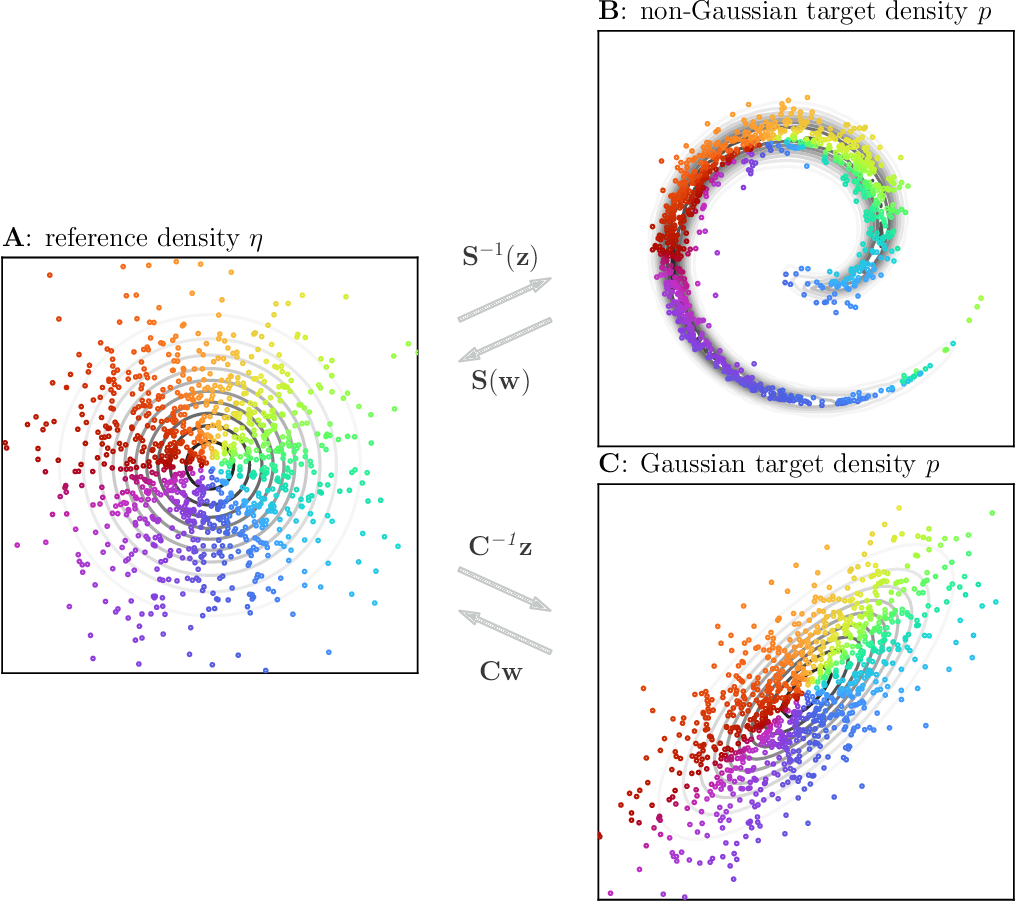 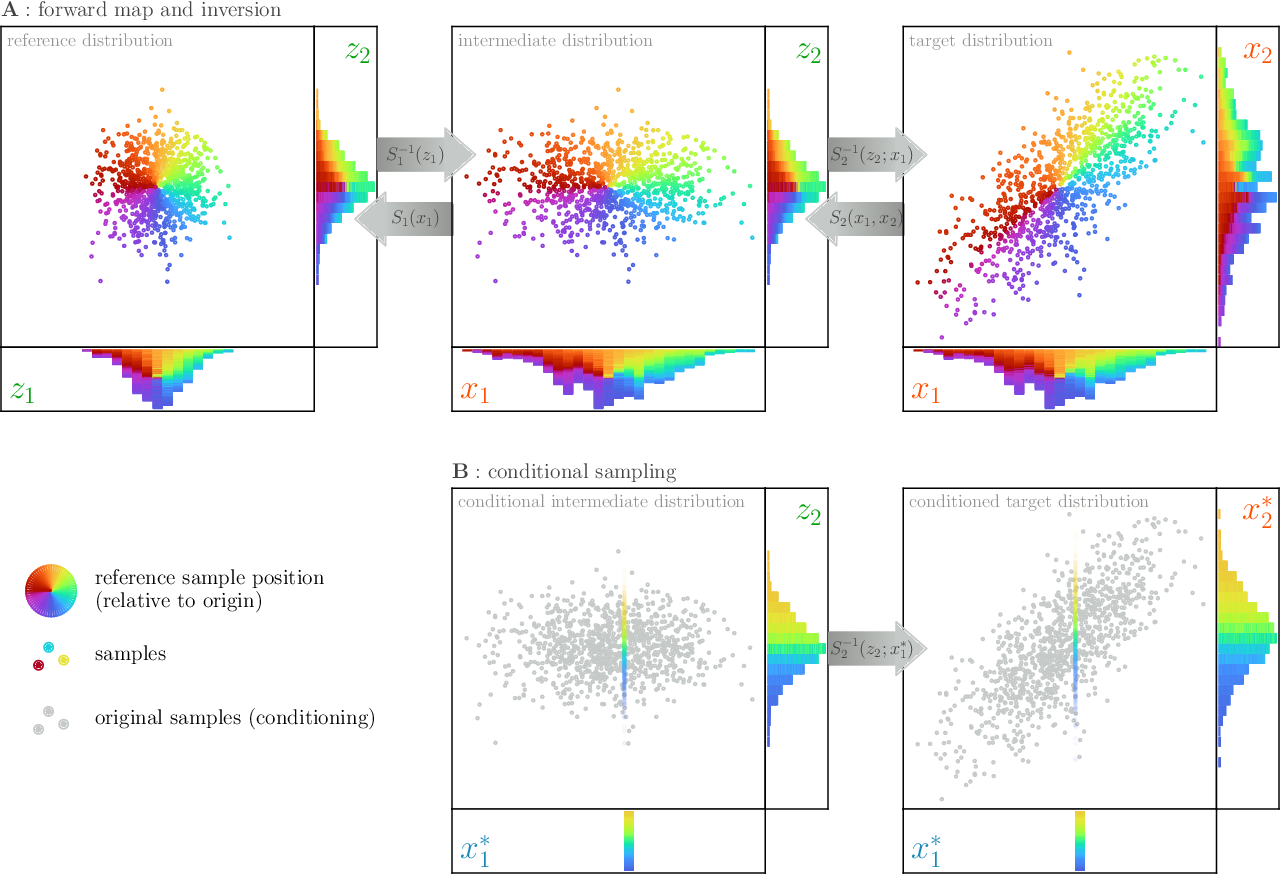 Smoothers are algorithms for Bayesian time series re-analysis. Most operational smoothers rely either on affine Kalman-type transformations or on sequential importance sampling. These strategies occupy opposite ends of a spectrum that trades computational efficiency and scalability for statistical generality and consistency: non-Gaussianity renders affine Kalman updates inconsistent with the true Bayesian solution, while the ensemble size required for successful importance sampling can be prohibitive. This paper revisits the smoothing problem from the perspective of measure transport, which offers the prospect of consistent prior-to-posterior transformations for Bayesian inference. We leverage this capacity by proposing a general ensemble framework for transport-based smoothing. Within this framework, we derive a comprehensive set of smoothing recursions based on nonlinear transport maps and detail how they exploit the structure of state-space models in fully non-Gaussian settings. We also describe how many standard Kalman-type smoothing algorithms emerge as special cases of our framework. A companion paper explores the implementation of nonlinear ensemble transport smoothers in greater depth. 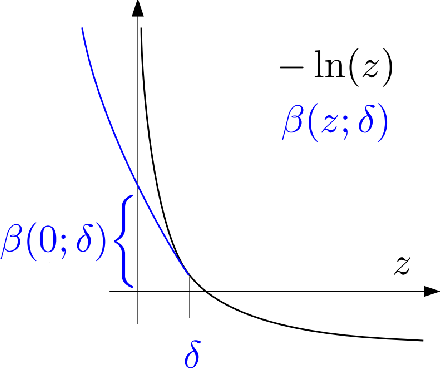 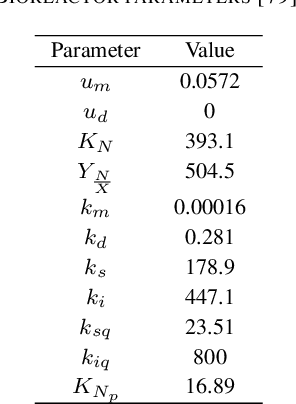 Neural ordinary differential equations (Neural ODEs) model continuous time dynamics as differential equations parametrized with neural networks. Thanks to their modeling flexibility, they have been adopted for multiple tasks where the continuous time nature of the process is specially relevant, as in system identification and time series analysis. When applied in a control setting, it is possible to adapt their use to approximate optimal nonlinear feedback policies. This formulation follows the same approach as policy gradients in reinforcement learning, covering the case where the environment consists of known deterministic dynamics given by a system of differential equations. The white box nature of the model specification allows the direct calculation of policy gradients through sensitivity analysis, avoiding the inexact and inefficient gradient estimation through sampling. In this work we propose the use of a neural control policy posed as a Neural ODE to solve general nonlinear optimal control problems while satisfying both state and control constraints, which are crucial for real world scenarios. Since the state feedback policy partially modifies the model dynamics, the whole space phase of the system is reshaped upon the optimization. This approach is a sensible approximation to the historically intractable closed loop solution of nonlinear control problems that efficiently exploits the availability of a dynamical system model.