What Object Should I Use? - Task Driven Object Detection 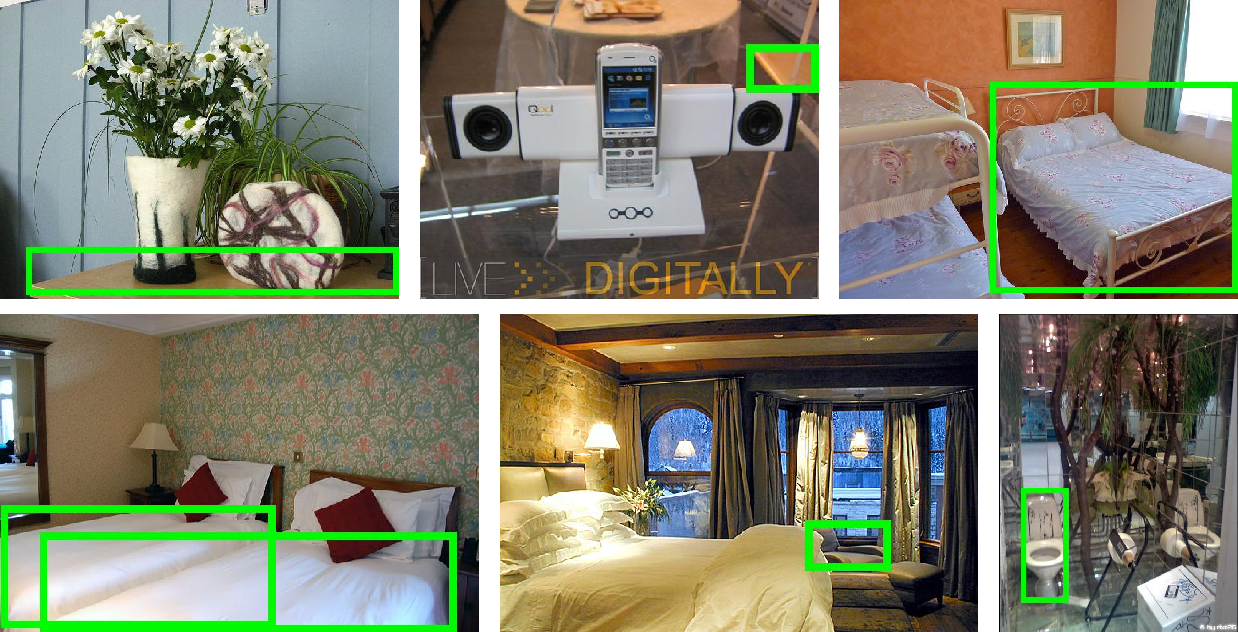 When humans have to solve everyday tasks, they simply pick the objects that are most suitable. While the question which object should one use for a specific task sounds trivial for humans, it is very difficult to answer for robots or other autonomous systems. This issue, however, is not addressed by current benchmarks for object detection that focus on detecting object categories. We therefore introduce the COCO-Tasks dataset which comprises about 40,000 images where the most suitable objects for 14 tasks have been annotated. We furthermore propose an approach that detects the most suitable objects for a given task. The approach builds on a Gated Graph Neural Network to exploit the appearance of each object as well as the global context of all present objects in the scene. In our experiments, we show that the proposed approach outperforms other approaches that are evaluated on the dataset like classification or ranking approaches.

Recent advances in deep neural networks (DNNs) have led to object detectors that can rapidly process pictures or videos, and recognize the objects that they contain. Despite the promising progress by industrial manufacturers such as Amazon and Google in commercializing deep learning-based object detection as a standard computer vision service, object detection systems - similar to traditional software - may still produce incorrect results. These errors, in turn, can lead to severe negative outcomes for the users of these object detection systems. For instance, an autonomous driving system that fails to detect pedestrians can cause accidents or even fatalities. However, principled, systematic methods for testing object detection systems do not yet exist, despite their importance. To fill this critical gap, we introduce the design and realization of MetaOD, the first metamorphic testing system for object detectors to effectively reveal erroneous detection results by commercial object detectors. To this end, we (1) synthesize natural-looking images by inserting extra object instances into background images, and (2) design metamorphic conditions asserting the equivalence of object detection results between the original and synthetic images after excluding the prediction results on the inserted objects. MetaOD is designed as a streamlined workflow that performs object extraction, selection, and insertion. Evaluated on four commercial object detection services and four pretrained models provided by the TensorFlow API, MetaOD found tens of thousands of detection defects in these object detectors. To further demonstrate the practical usage of MetaOD, we use the synthetic images that cause erroneous detection results to retrain the model. Our results show that the model performance is increased significantly, from an mAP score of 9.3 to an mAP score of 10.5. 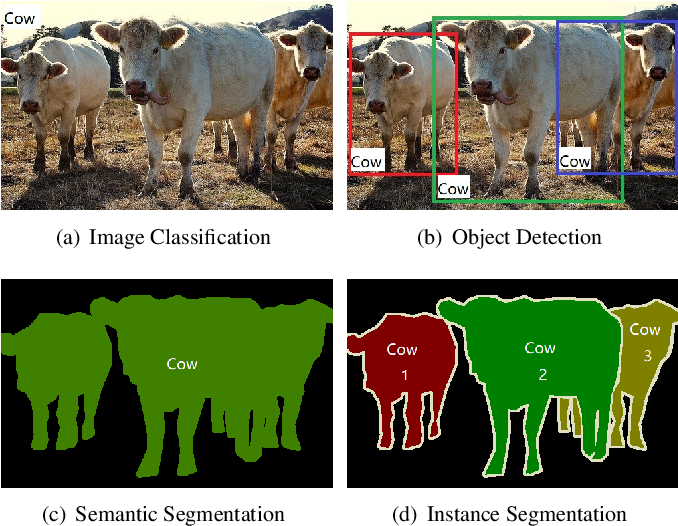 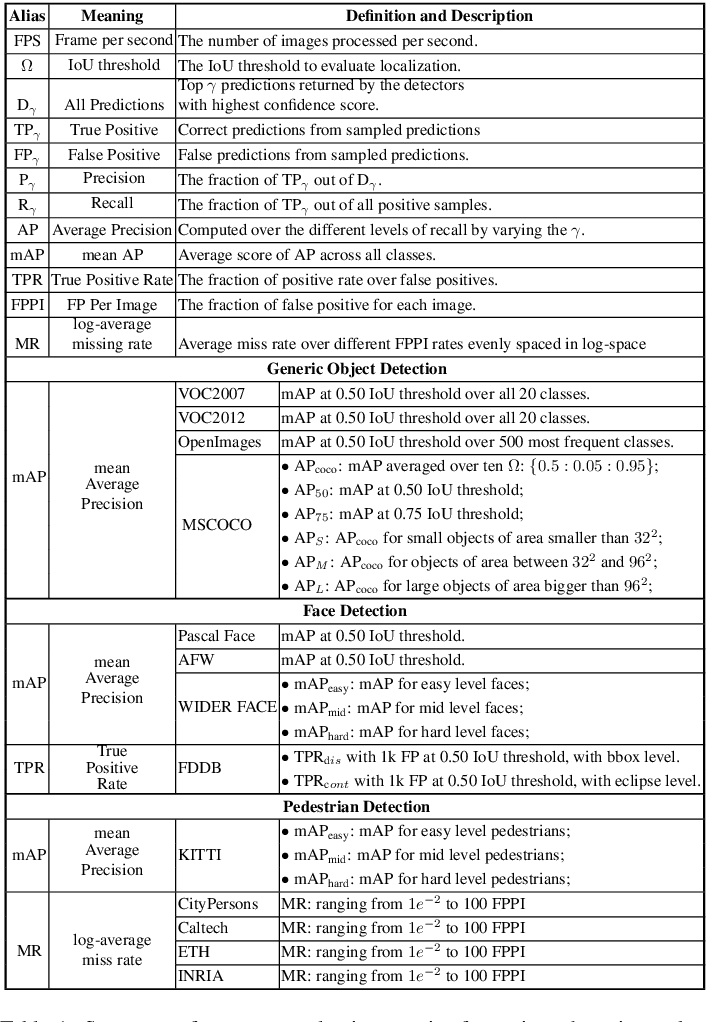 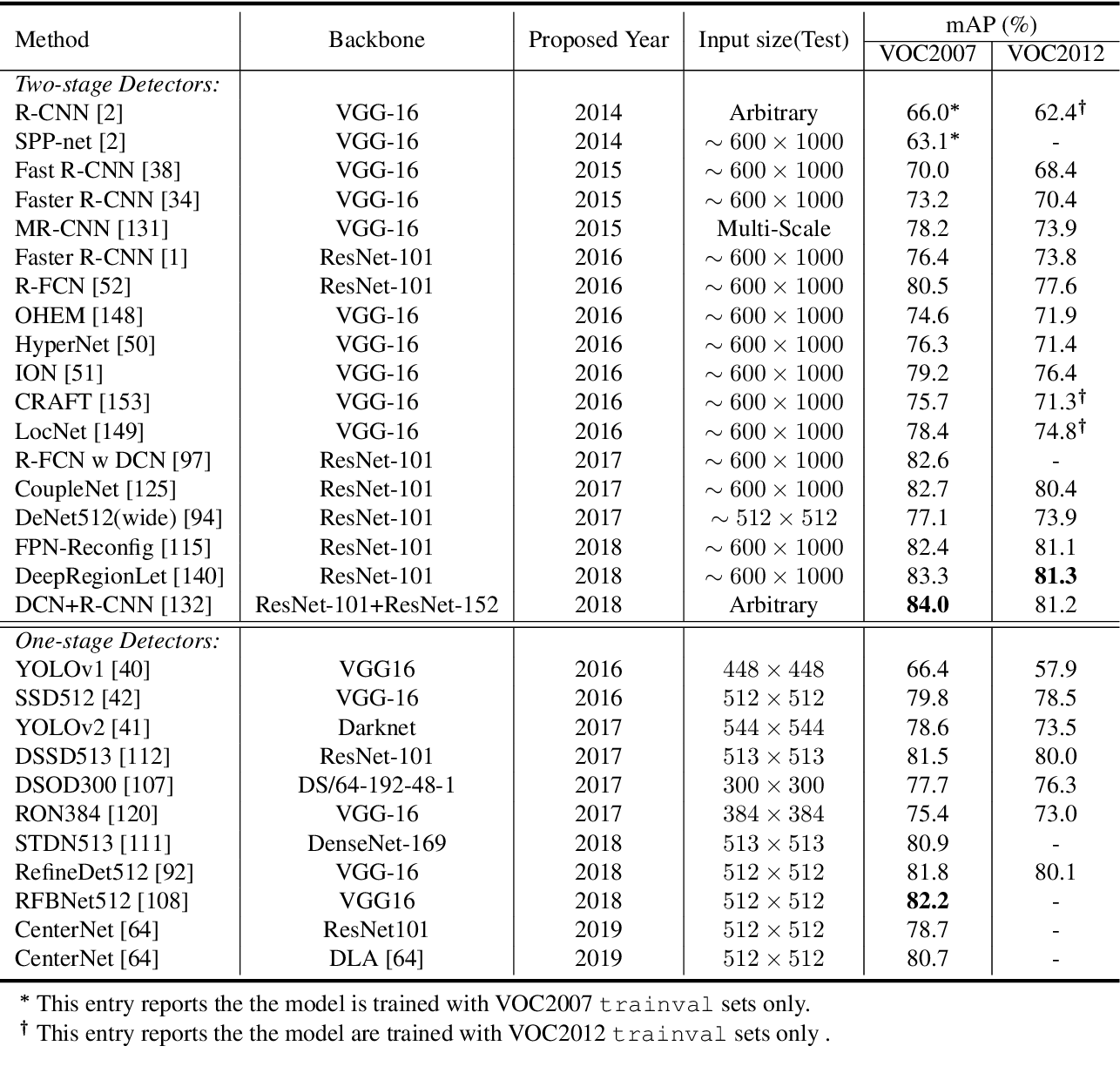 Object detection is a fundamental visual recognition problem in computer vision and has been widely studied in the past decades. Visual object detection aims to find objects of certain target classes with precise localization in a given image and assign each object instance a corresponding class label. Due to the tremendous successes of deep learning based image classification, object detection techniques using deep learning have been actively studied in recent years. In this paper, we give a comprehensive survey of recent advances in visual object detection with deep learning. By reviewing a large body of recent related work in literature, we systematically analyze the existing object detection frameworks and organize the survey into three major parts: (i) detection components, (ii) learning strategies, and (iii) applications & benchmarks. In the survey, we cover a variety of factors affecting the detection performance in detail, such as detector architectures, feature learning, proposal generation, sampling strategies, etc. Finally, we discuss several future directions to facilitate and spur future research for visual object detection with deep learning. Keywords: Object Detection, Deep Learning, Deep Convolutional Neural Networks

Towards Class-incremental Object Detection with Nearest Mean of Exemplars 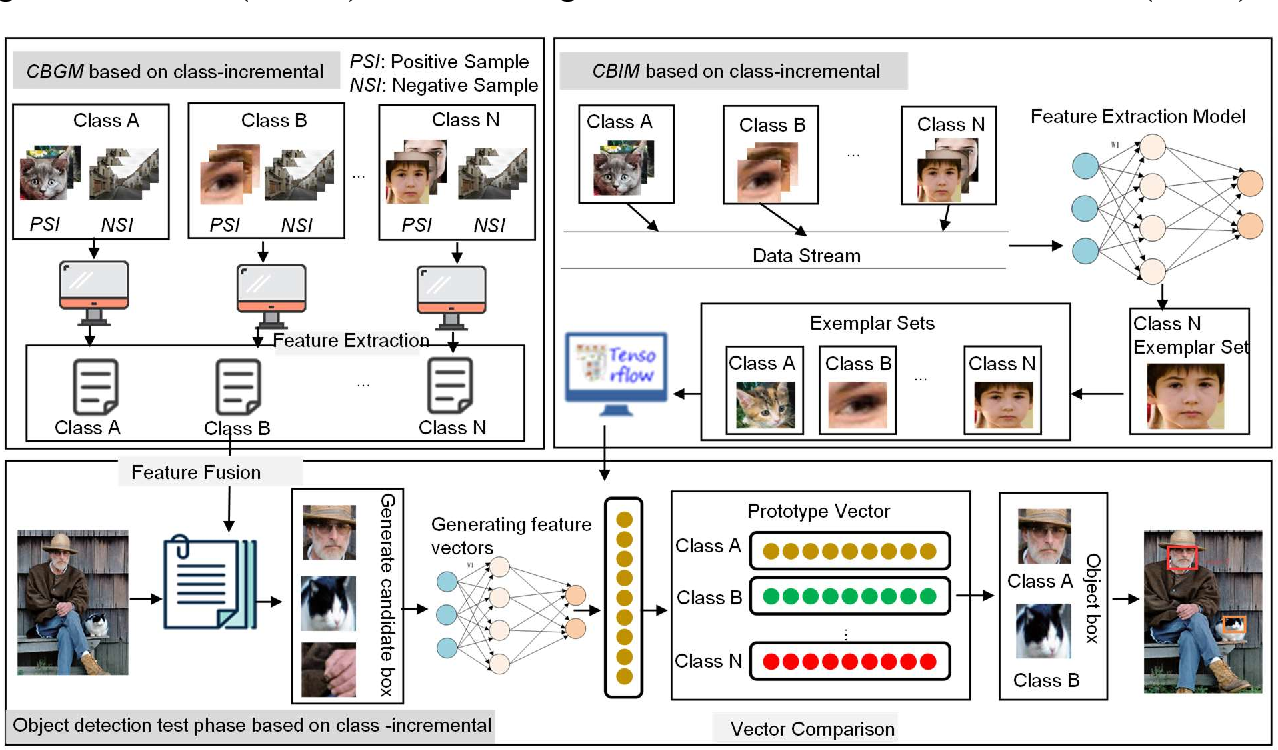 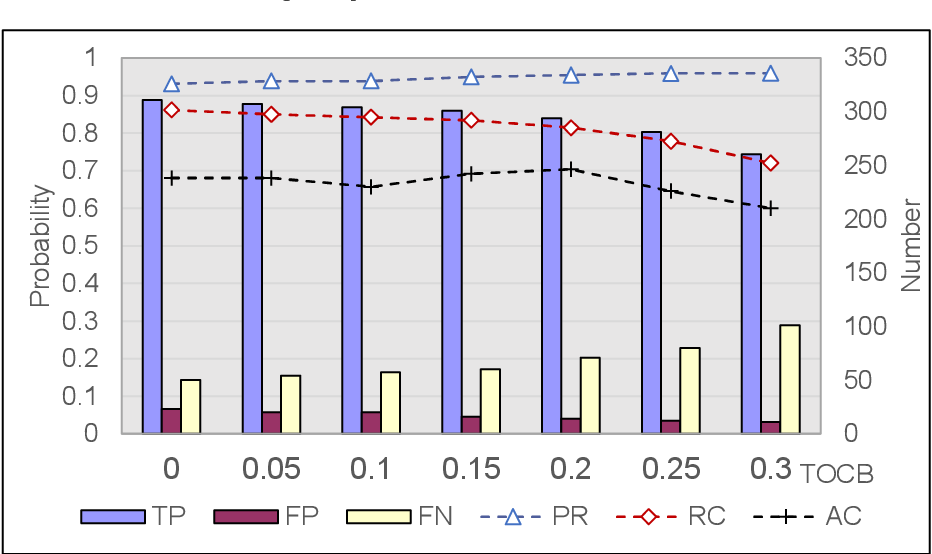 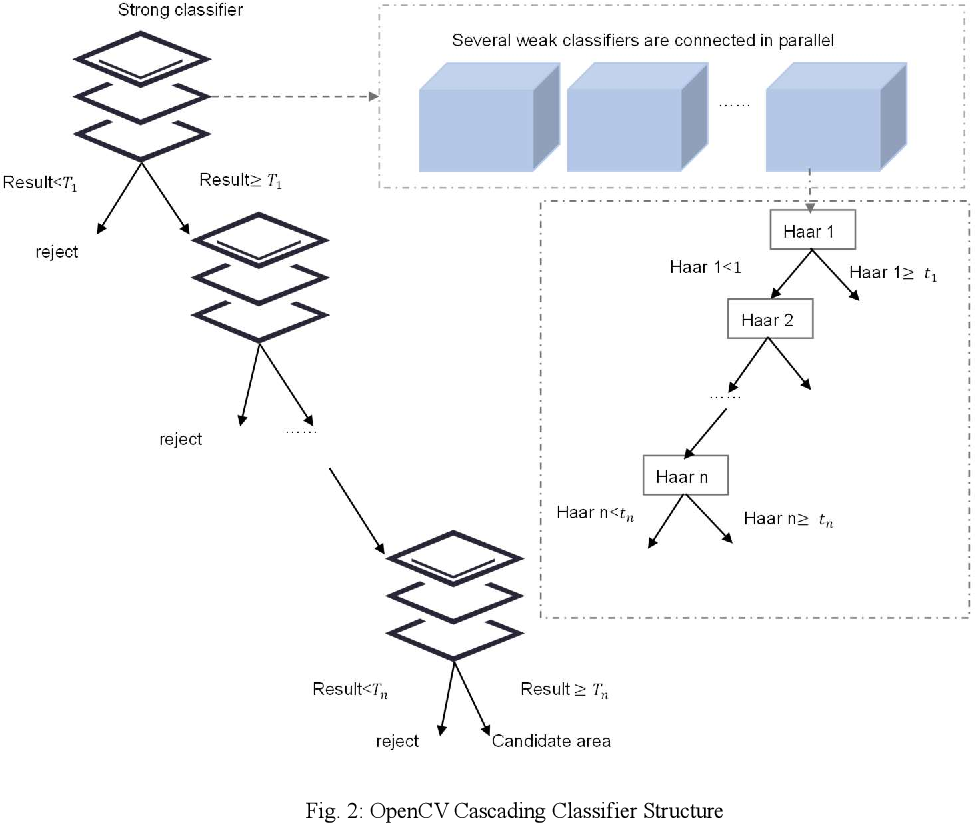 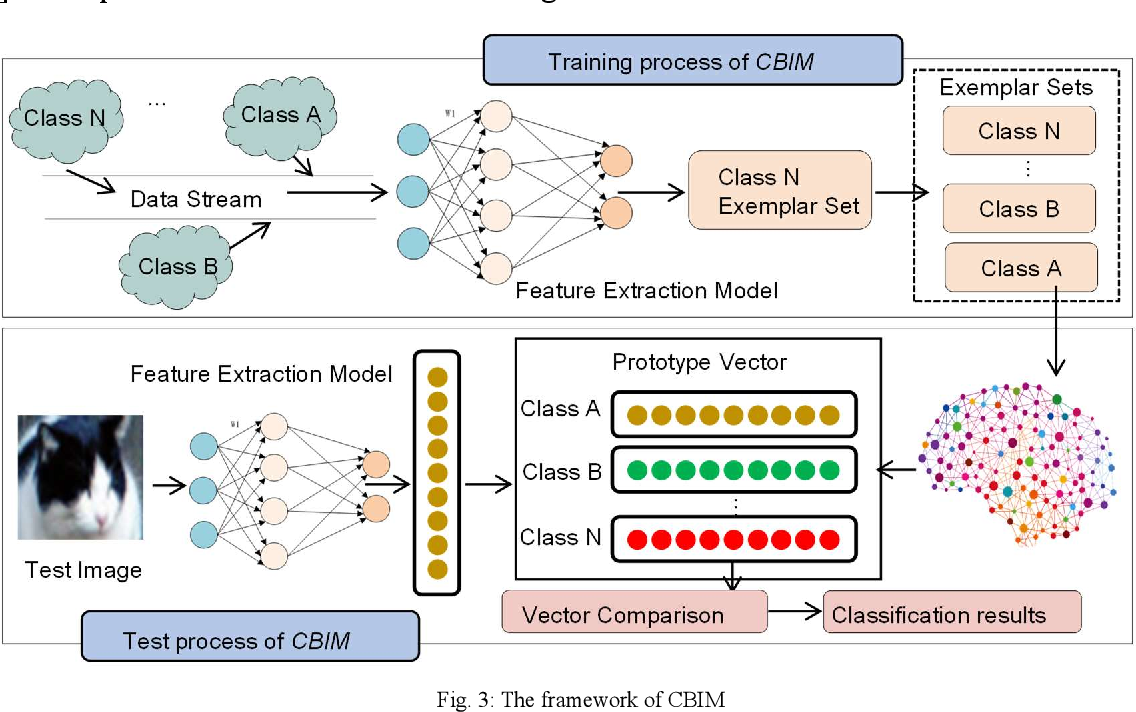 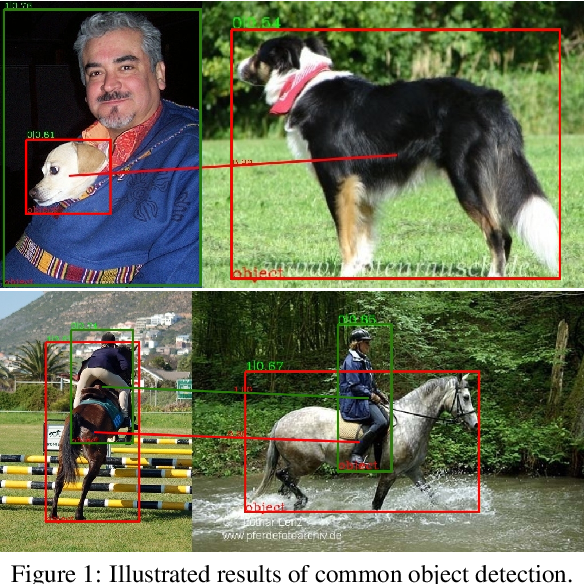 This paper addresses the problem of common object detection, which aims to detect objects of similar categories from a set of images. Although it shares some similarities with the standard object detection and co-segmentation, common object detection, recently promoted by \cite{Jiang2019a}, has some unique advantages and challenges. First, it is designed to work on both closed-set and open-set conditions, a.k.a. known and unknown objects. Second, it must be able to match objects of the same category but not restricted to the same instance, texture, or posture. Third, it can distinguish multiple objects. In this work, we introduce the Single Stage Common Object Detection (SSCOD) to detect class-agnostic common objects from an image set. The proposed method is built upon the standard single-stage object detector. Furthermore, an embedded branch is introduced to generate the object's representation feature, and their similarity is measured by cosine distance. Experiments are conducted on PASCAL VOC 2007 and COCO 2014 datasets. While being simple and flexible, our proposed SSCOD built upon ATSSNet performs significantly better than the baseline of the standard object detection, while still be able to match objects of unknown categories. Our source code can be found at \href{https://github.com/cybercore-co-ltd/Single-Stage-Common-Object-Detection}{(URL)} 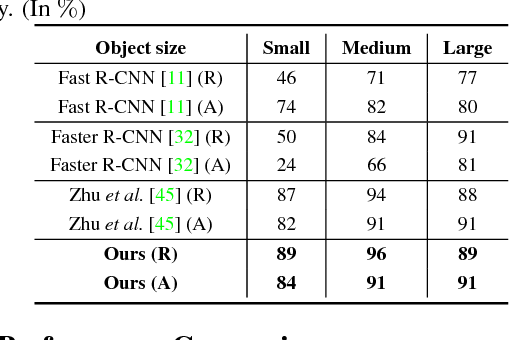 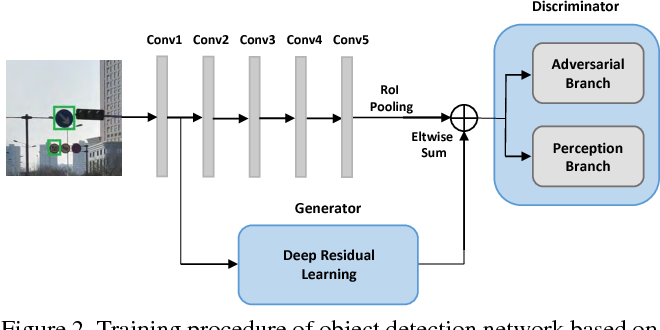 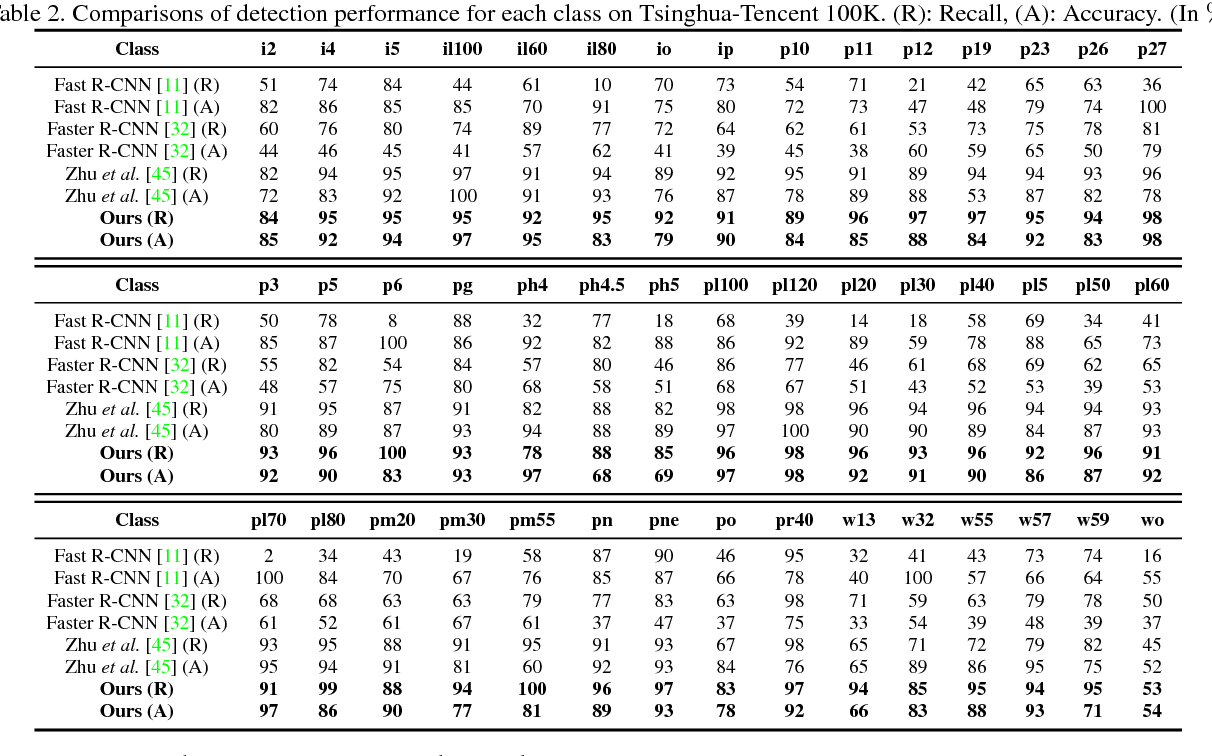 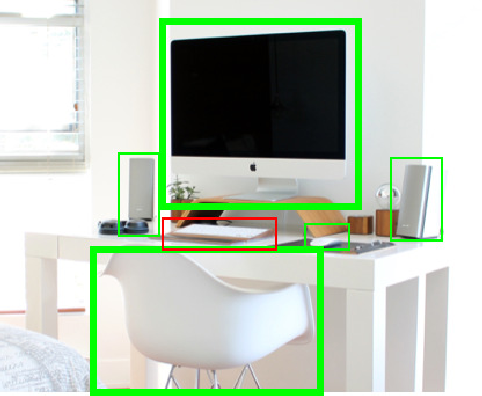 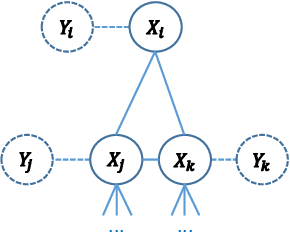 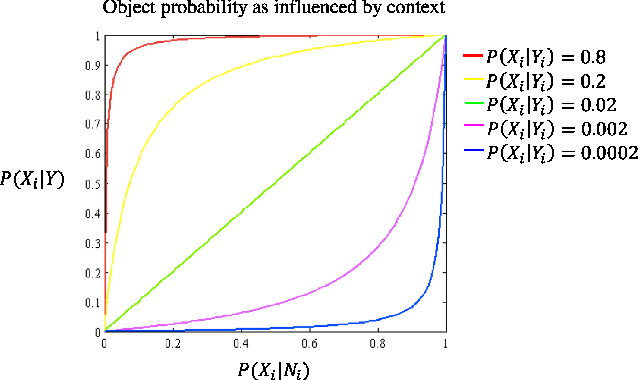 A natural way to improve the detection of objects is to consider the contextual constraints imposed by the detection of additional objects in a given scene. In this work, we exploit the spatial relations between objects in order to improve detection capacity, as well as analyze various properties of the contextual object detection problem. To precisely calculate context-based probabilities of objects, we developed a model that examines the interactions between objects in an exact probabilistic setting, in contrast to previous methods that typically utilize approximations based on pairwise interactions. Such a scheme is facilitated by the realistic assumption that the existence of an object in any given location is influenced by only few informative locations in space. Based on this assumption, we suggest a method for identifying these relevant locations and integrating them into a mostly exact calculation of probability based on their raw detector responses. This scheme is shown to improve detection results and provides unique insights about the process of contextual inference for object detection. We show that it is generally difficult to learn that a particular object reduces the probability of another, and that in cases when the context and detector strongly disagree this learning becomes virtually impossible for the purposes of improving the results of an object detector. Finally, we demonstrate improved detection results through use of our approach as applied to the PASCAL VOC and COCO datasets.

UA-DETRAC: A New Benchmark and Protocol for Multi-Object Detection and Tracking 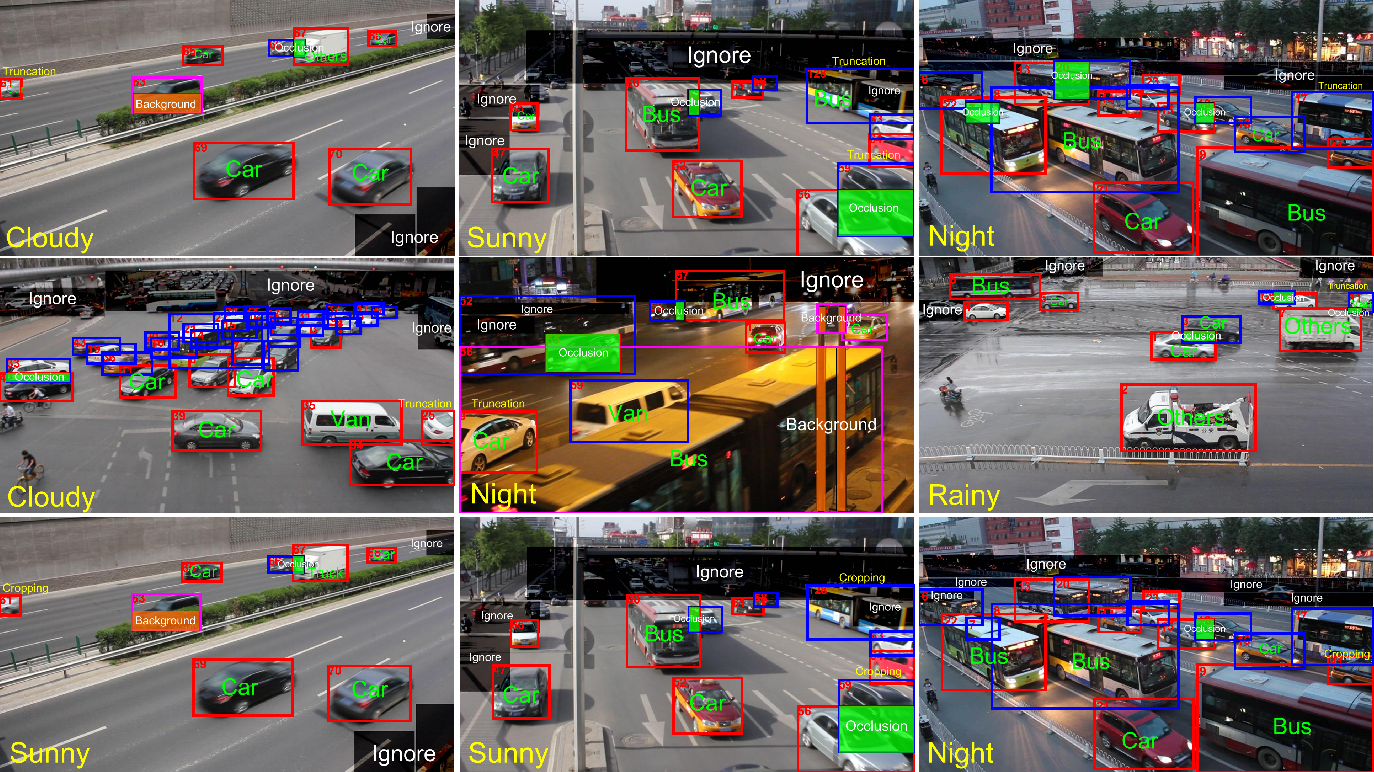 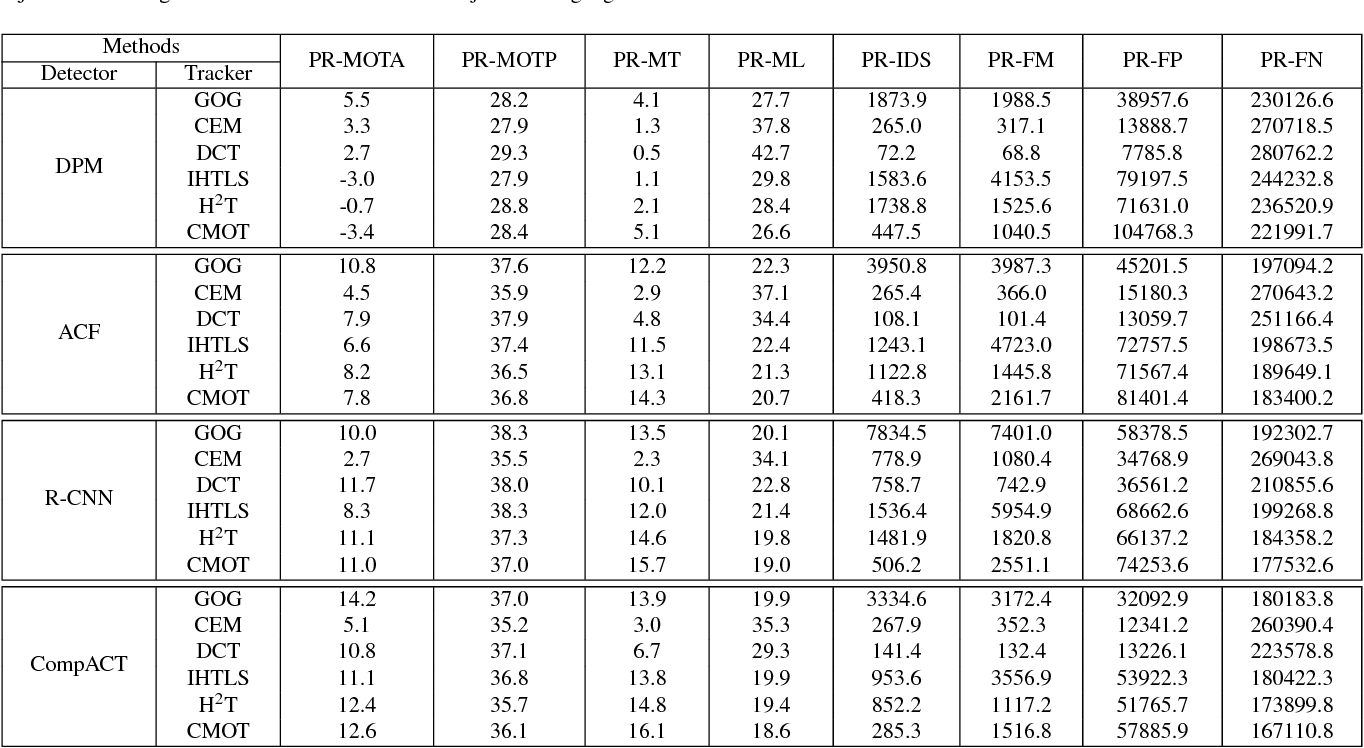 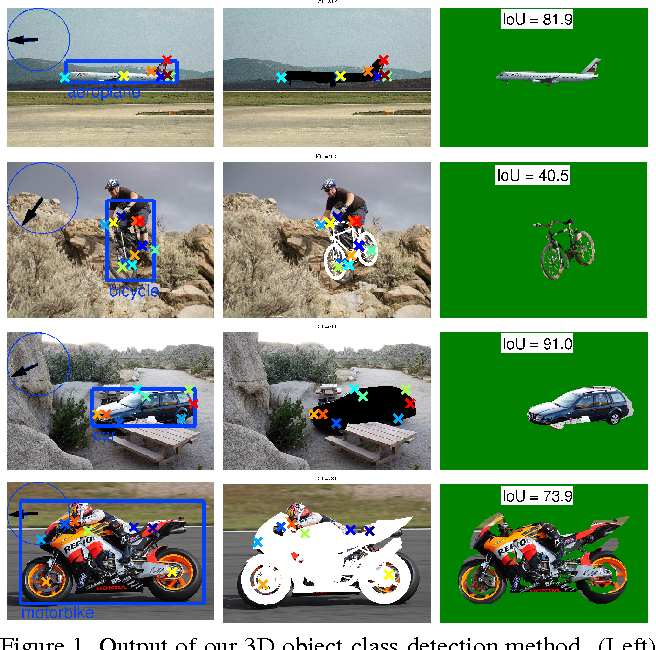 Object class detection has been a synonym for 2D bounding box localization for the longest time, fueled by the success of powerful statistical learning techniques, combined with robust image representations. Only recently, there has been a growing interest in revisiting the promise of computer vision from the early days: to precisely delineate the contents of a visual scene, object by object, in 3D. In this paper, we draw from recent advances in object detection and 2D-3D object lifting in order to design an object class detector that is particularly tailored towards 3D object class detection. Our 3D object class detection method consists of several stages gradually enriching the object detection output with object viewpoint, keypoints and 3D shape estimates. Following careful design, in each stage it constantly improves the performance and achieves state-ofthe-art performance in simultaneous 2D bounding box and viewpoint estimation on the challenging Pascal3D+ dataset.