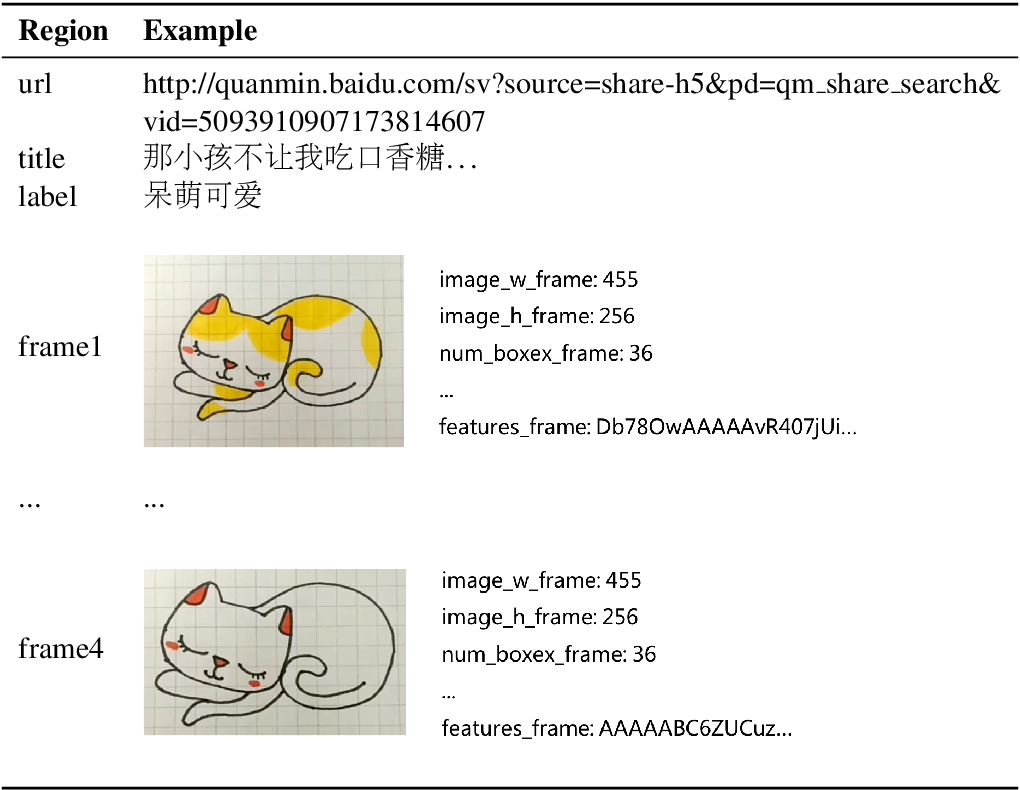 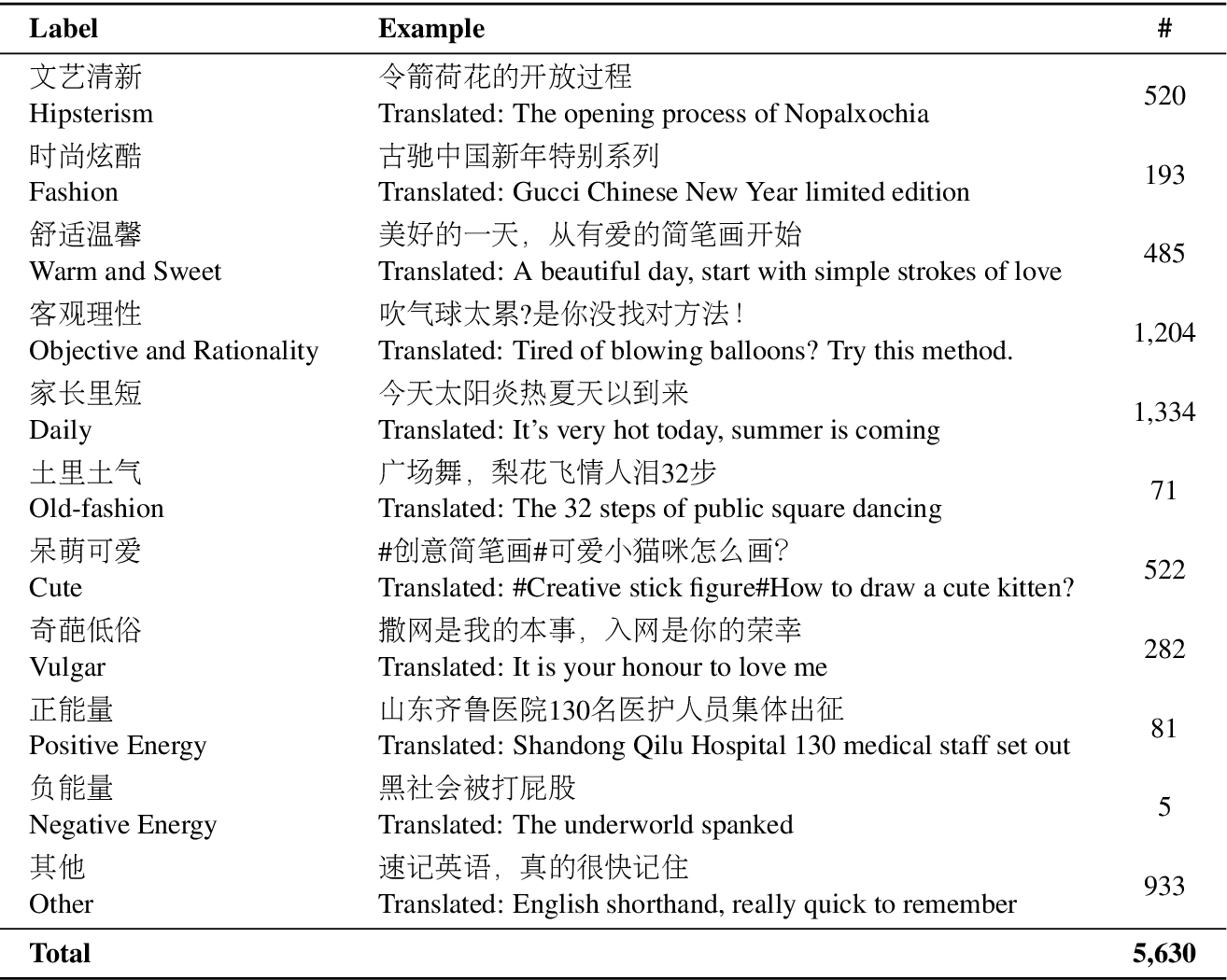 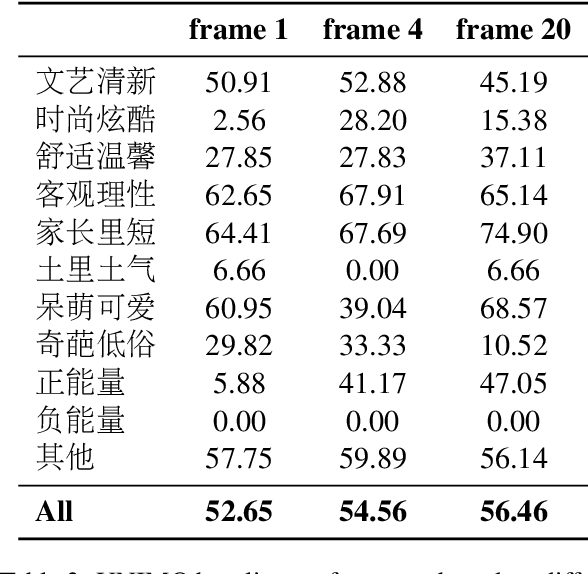 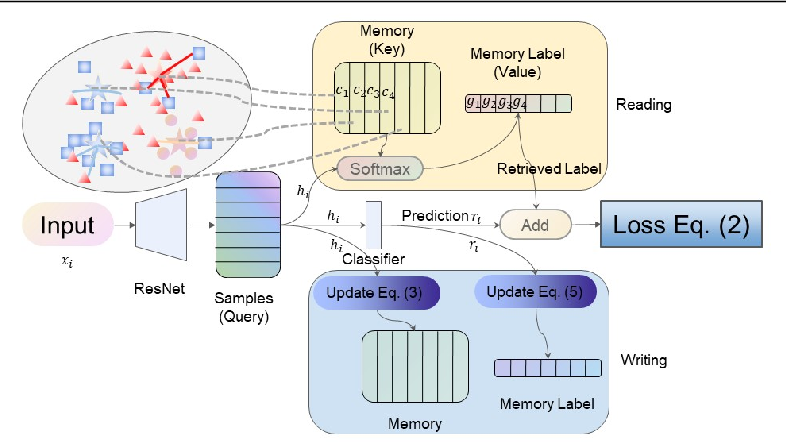 Visual sentiment analysis has received increasing attention in recent years. However, the quality of the dataset is a concern because the sentiment labels are crowd-sourcing, subjective, and prone to mistakes. This poses a severe threat to the data-driven models including the deep neural networks which would generalize poorly on the testing cases if they are trained to over-fit the samples with noisy sentiment labels. Inspired by the recent progress on learning with noisy labels, we propose a robust learning method to perform robust visual sentiment analysis. Our method relies on an external memory to aggregate and filter noisy labels during training and thus can prevent the model from overfitting the noisy cases. The memory is composed of the prototypes with corresponding labels, both of which can be updated online. We establish a benchmark for visual sentiment analysis with label noise using publicly available datasets. The experiment results of the proposed benchmark settings comprehensively show the effectiveness of our method. 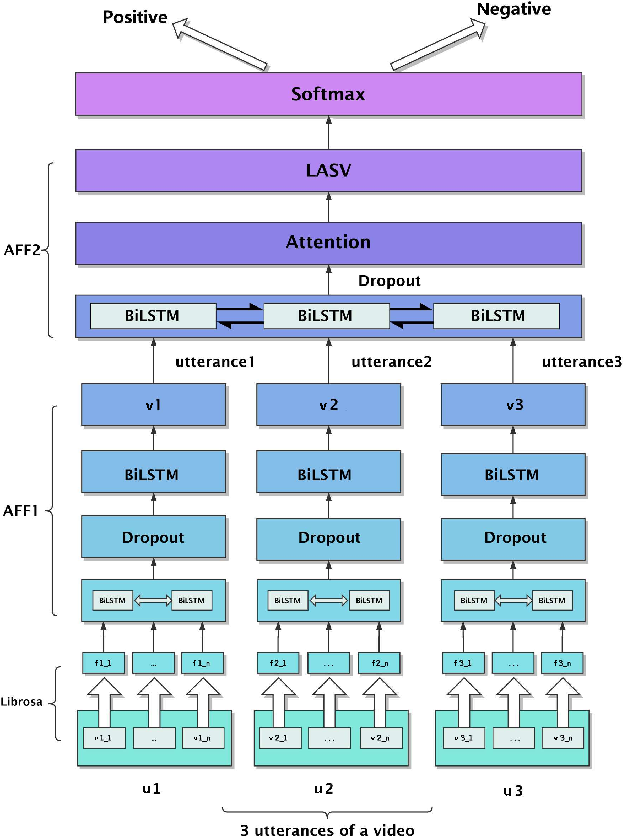 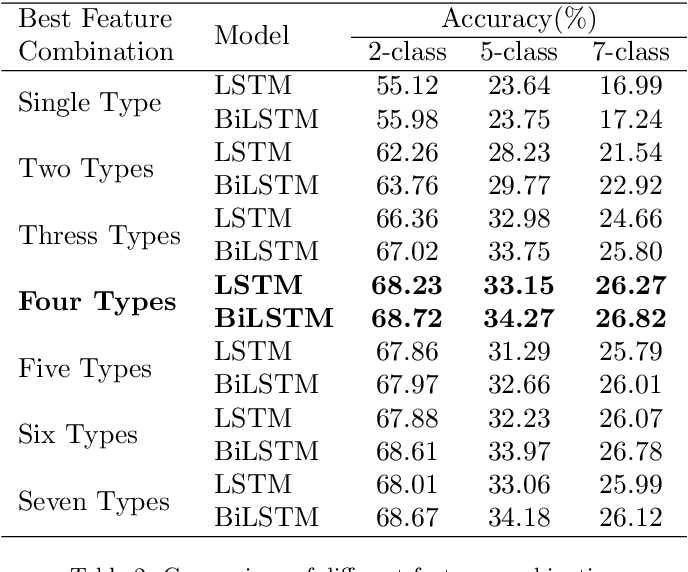 Audio Sentiment Analysis is a popular research area which extends the conventional text-based sentiment analysis to depend on the effectiveness of acoustic features extracted from speech. However, current progress on audio sentiment analysis mainly focuses on extracting homogeneous acoustic features or doesn't fuse heterogeneous features effectively. In this paper, we propose an utterance-based deep neural network model, which has a parallel combination of Convolutional Neural Network (CNN) and Long Short-Term Memory (LSTM) based network, to obtain representative features termed Audio Sentiment Vector (ASV), that can maximally reflect sentiment information in an audio. Specifically, our model is trained by utterance-level labels and ASV can be extracted and fused creatively from two branches. In the CNN model branch, spectrum graphs produced by signals are fed as inputs while in the LSTM model branch, inputs include spectral features and cepstrum coefficient extracted from dependent utterances in an audio. Besides, Bidirectional Long Short-Term Memory (BiLSTM) with attention mechanism is used for feature fusion. Extensive experiments have been conducted to show our model can recognize audio sentiment precisely and quickly, and demonstrate our ASV are better than traditional acoustic features or vectors extracted from other deep learning models. Furthermore, experimental results indicate that the proposed model outperforms the state-of-the-art approach by 9.33% on Multimodal Opinion-level Sentiment Intensity dataset (MOSI) dataset. 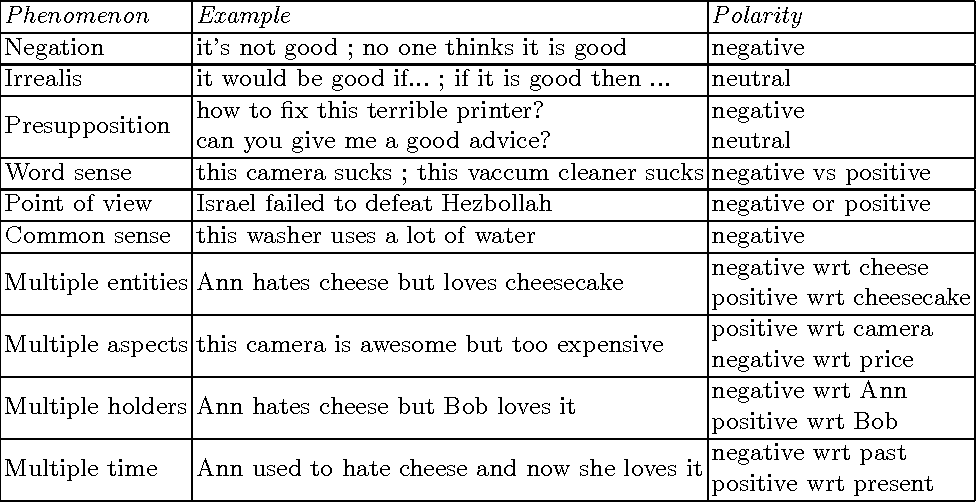 Textual sentiment analysis and emotion detection consists in retrieving the sentiment or emotion carried by a text or document. This task can be useful in many domains: opinion mining, prediction, feedbacks, etc. However, building a general purpose tool for doing sentiment analysis and emotion detection raises a number of issues, theoretical issues like the dependence to the domain or to the language but also pratical issues like the emotion representation for interoperability. In this paper we present our sentiment/emotion analysis tools, the way we propose to circumvent the di culties and the applications they are used for. 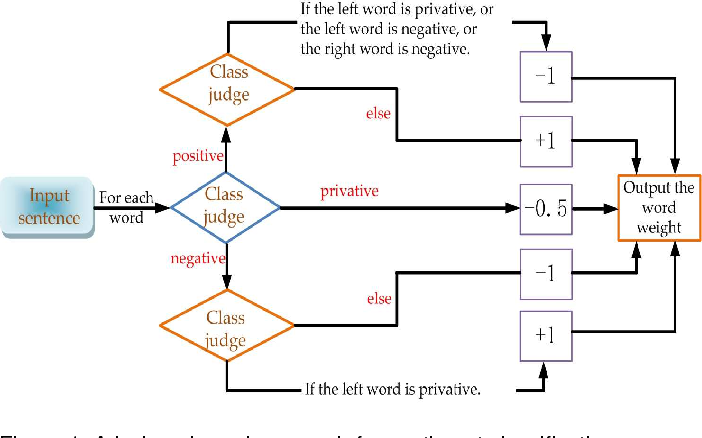 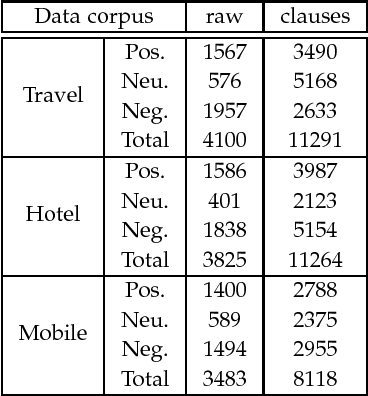 Sentiment analysis is a key component in various text mining applications. Numerous sentiment classification techniques, including conventional and deep learning-based methods, have been proposed in the literature. In most existing methods, a high-quality training set is assumed to be given. Nevertheless, constructing a high-quality training set that consists of highly accurate labels is challenging in real applications. This difficulty stems from the fact that text samples usually contain complex sentiment representations, and their annotation is subjective. We address this challenge in this study by leveraging a new labeling strategy and utilizing a two-level long short-term memory network to construct a sentiment classifier. Lexical cues are useful for sentiment analysis, and they have been utilized in conventional studies. For example, polar and privative words play important roles in sentiment analysis. A new encoding strategy, that is, $\rho$-hot encoding, is proposed to alleviate the drawbacks of one-hot encoding and thus effectively incorporate useful lexical cues. We compile three Chinese data sets on the basis of our label strategy and proposed methodology. Experiments on the three data sets demonstrate that the proposed method outperforms state-of-the-art algorithms. 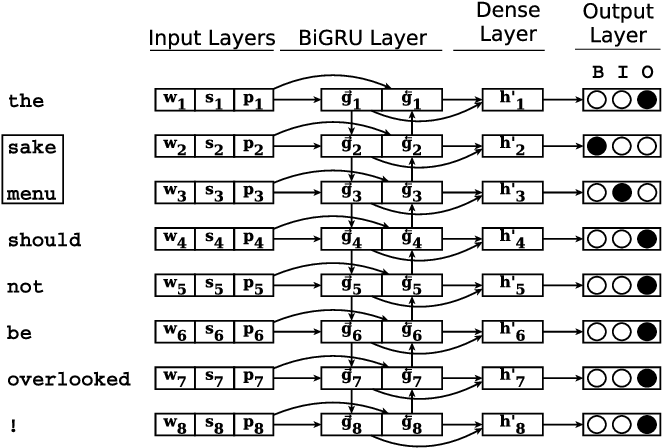 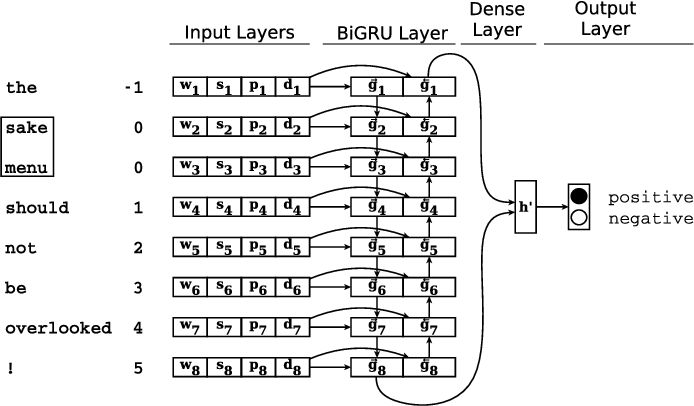 The World Wide Web holds a wealth of information in the form of unstructured texts such as customer reviews for products, events and more. By extracting and analyzing the expressed opinions in customer reviews in a fine-grained way, valuable opportunities and insights for customers and businesses can be gained. We propose a neural network based system to address the task of Aspect-Based Sentiment Analysis to compete in Task 2 of the ESWC-2016 Challenge on Semantic Sentiment Analysis. Our proposed architecture divides the task in two subtasks: aspect term extraction and aspect-specific sentiment extraction. This approach is flexible in that it allows to address each subtask independently. As a first step, a recurrent neural network is used to extract aspects from a text by framing the problem as a sequence labeling task. In a second step, a recurrent network processes each extracted aspect with respect to its context and predicts a sentiment label. The system uses pretrained semantic word embedding features which we experimentally enhance with semantic knowledge extracted from WordNet. Further features extracted from SenticNet prove to be beneficial for the extraction of sentiment labels. As the best performing system in its category, our proposed system proves to be an effective approach for the Aspect-Based Sentiment Analysis.

Sentiment/Subjectivity Analysis Survey for Languages other than English 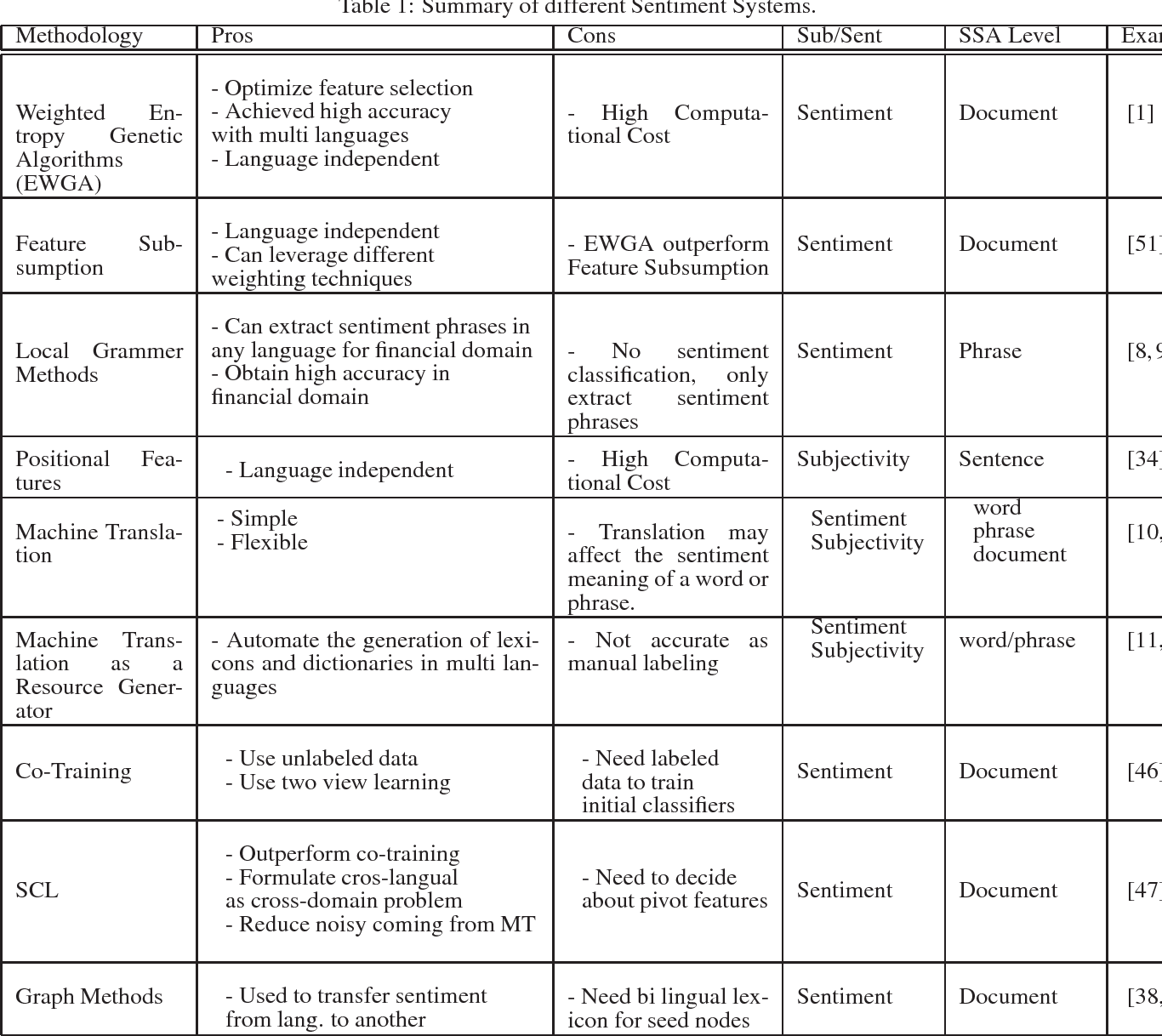 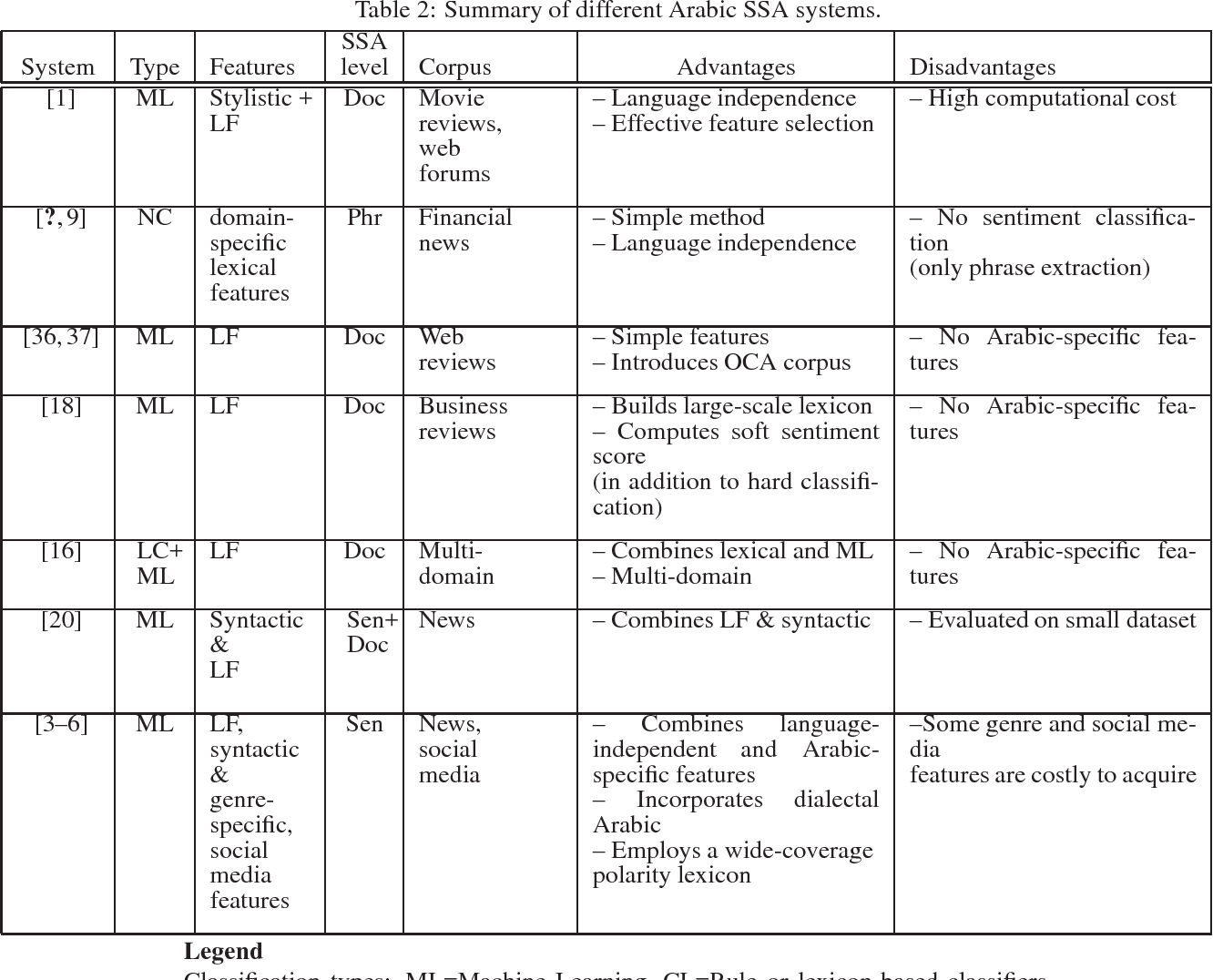 Subjective and sentiment analysis have gained considerable attention recently. Most of the resources and systems built so far are done for English. The need for designing systems for other languages is increasing. This paper surveys different ways used for building systems for subjective and sentiment analysis for languages other than English. There are three different types of systems used for building these systems. The first (and the best) one is the language specific systems. The second type of systems involves reusing or transferring sentiment resources from English to the target language. The third type of methods is based on using language independent methods. The paper presents a separate section devoted to Arabic sentiment analysis. 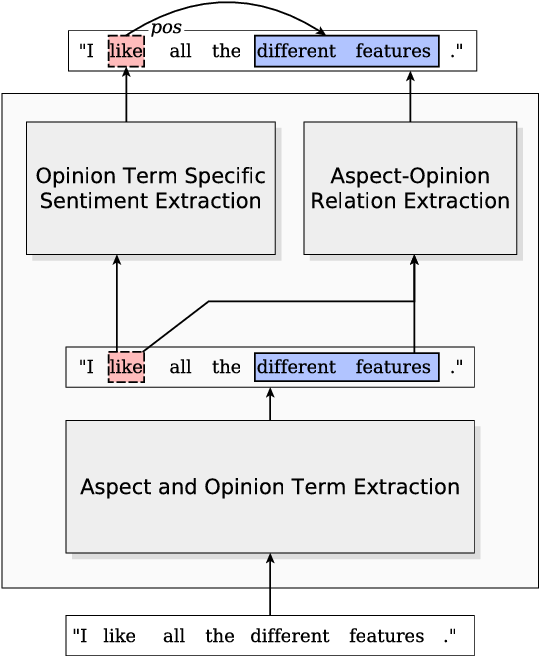 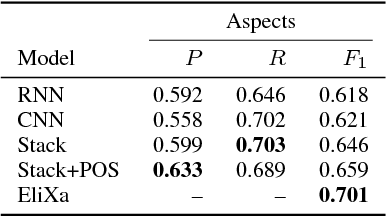 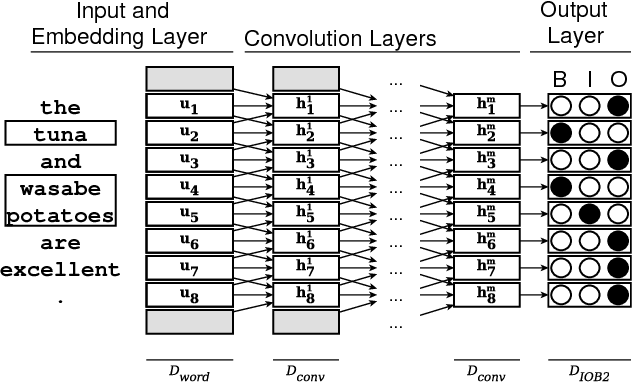 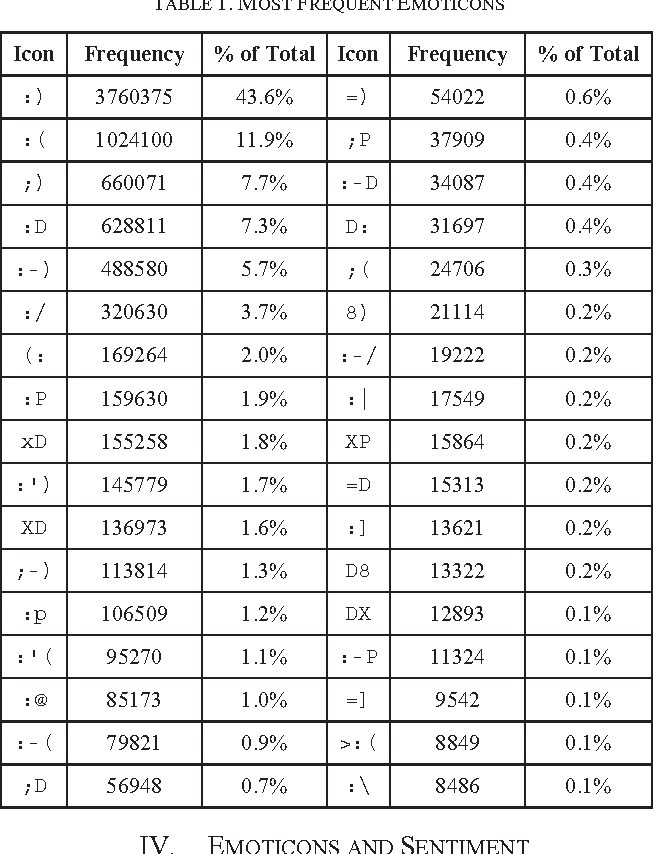 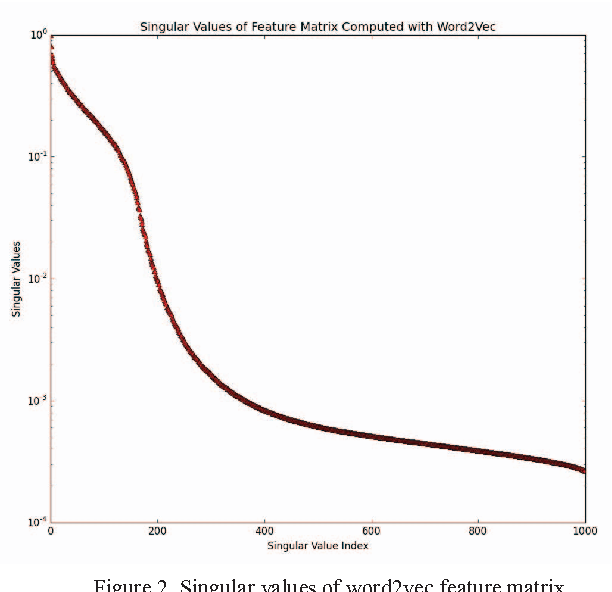 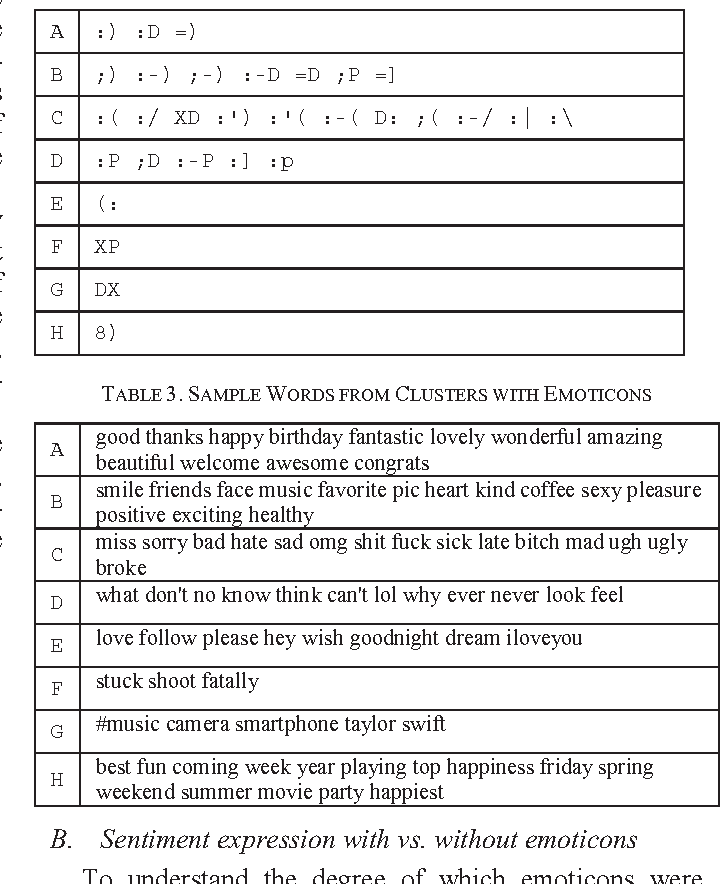 BAN-ABSA: An Aspect-Based Sentiment Analysis dataset for Bengali and it's baseline evaluation 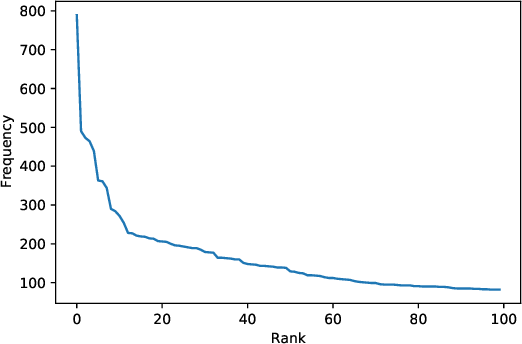 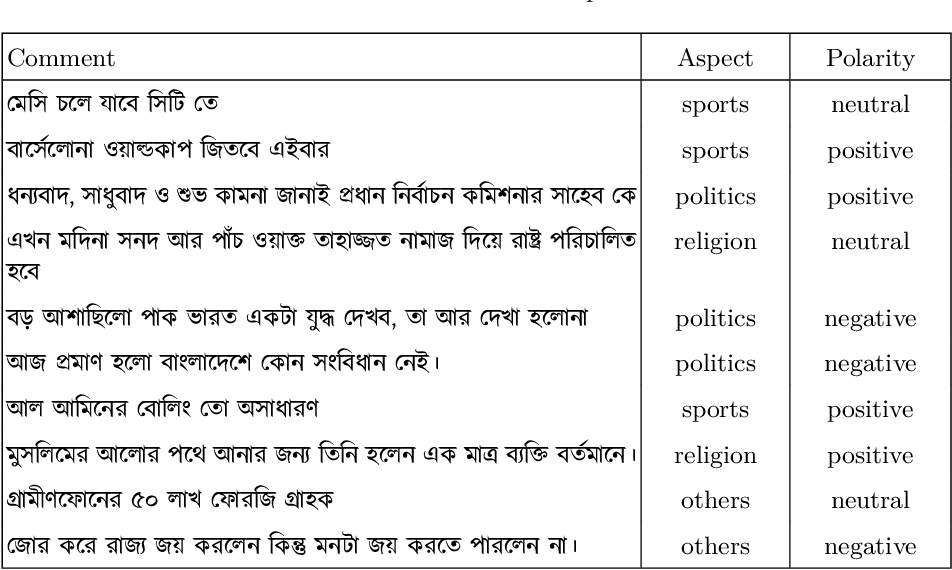 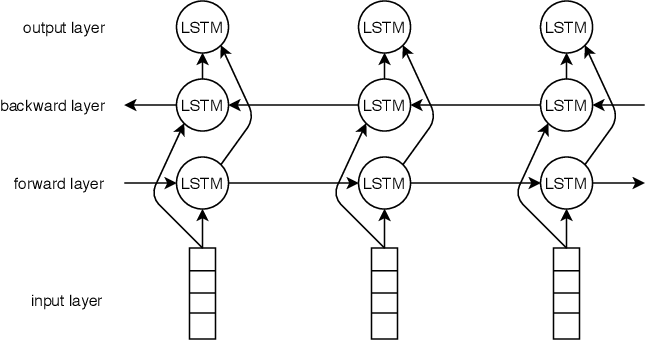 Due to the breathtaking growth of social media or newspaper user comments, online product reviews comments, sentiment analysis (SA) has captured substantial interest from the researchers. With the fast increase of domain, SA work aims not only to predict the sentiment of a sentence or document but also to give the necessary detail on different aspects of the sentence or document (i.e. aspect-based sentiment analysis). A considerable number of datasets for SA and aspect-based sentiment analysis (ABSA) have been made available for English and other well-known European languages. In this paper, we present a manually annotated Bengali dataset of high quality, BAN-ABSA, which is annotated with aspect and its associated sentiment by 3 native Bengali speakers. The dataset consists of 2,619 positive, 4,721 negative and 1,669 neutral data samples from 9,009 unique comments gathered from some famous Bengali news portals. In addition, we conducted a baseline evaluation with a focus on deep learning model, achieved an accuracy of 78.75% for aspect term extraction and accuracy of 71.08% for sentiment classification. Experiments on the BAN-ABSA dataset show that the CNN model is better in terms of accuracy though Bi-LSTM significantly outperforms CNN model in terms of average F1-score.