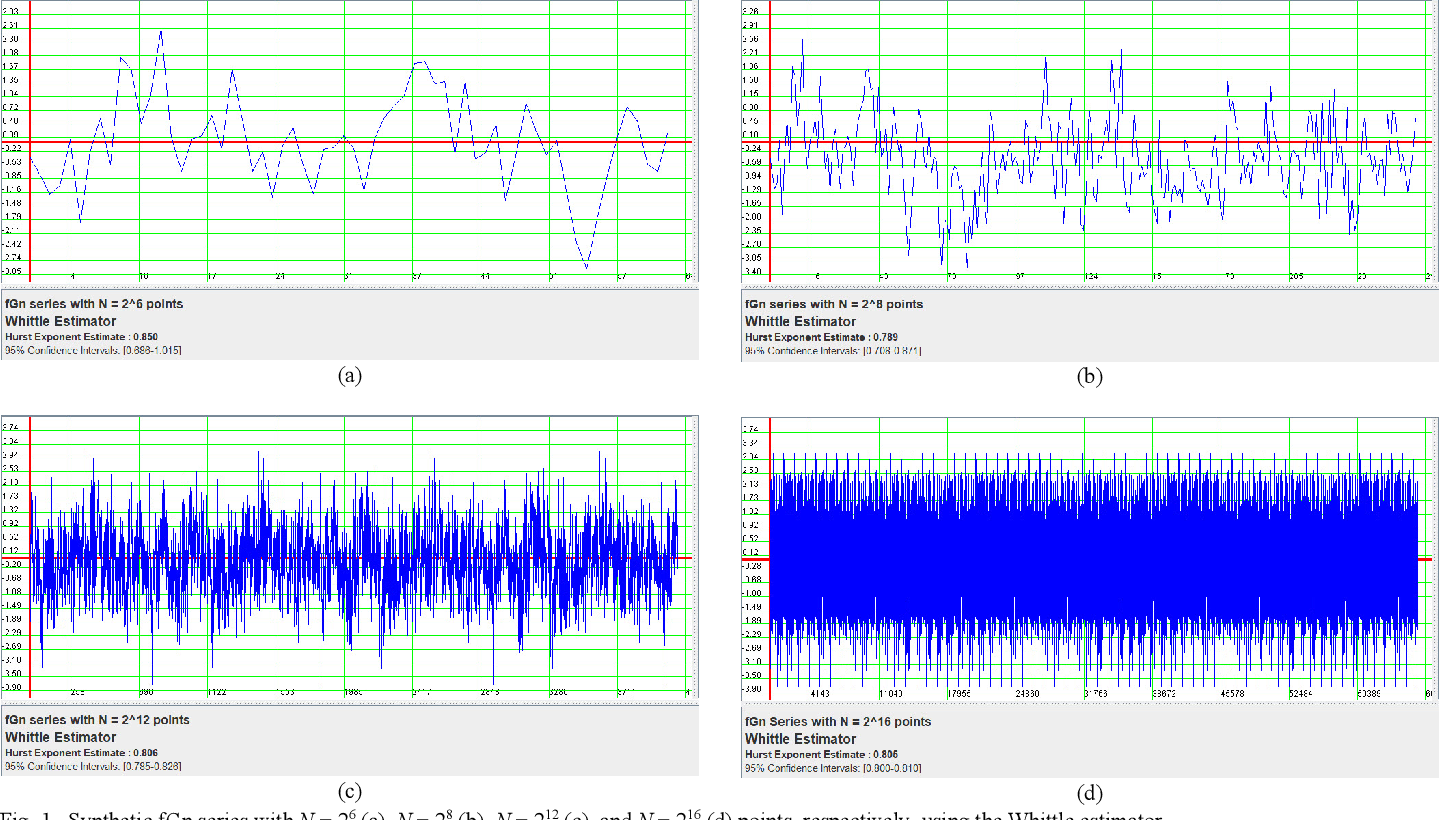 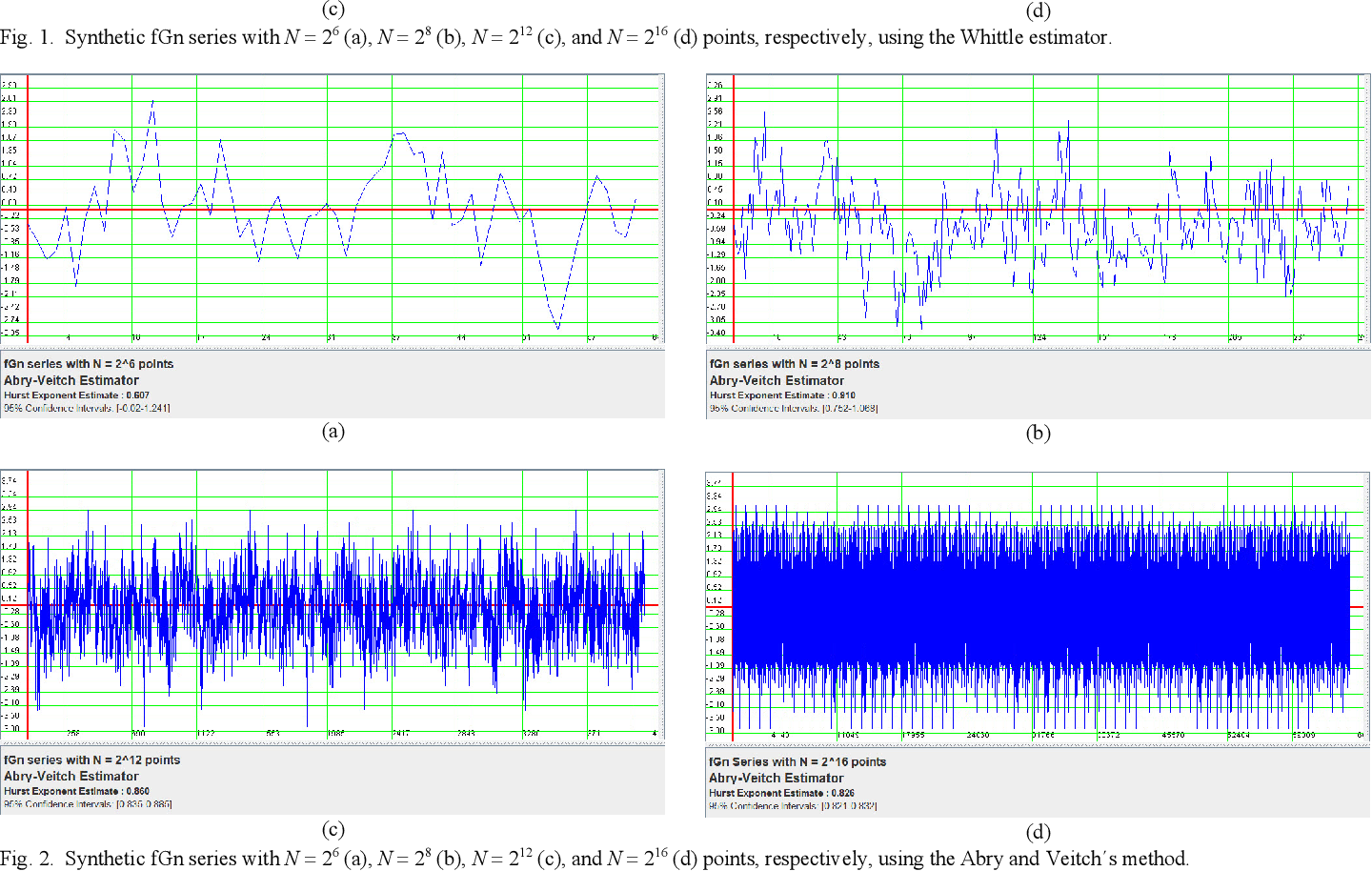 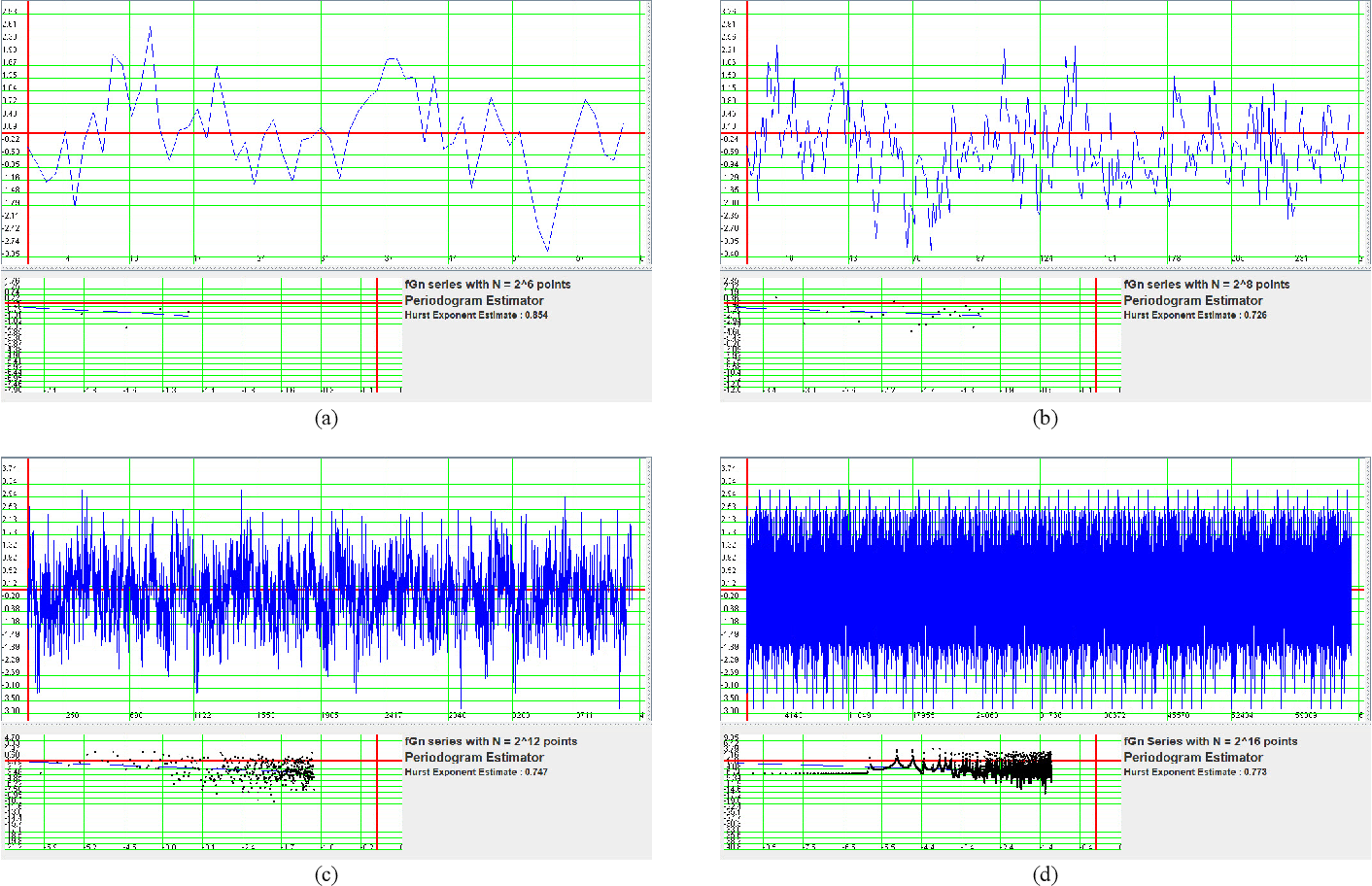 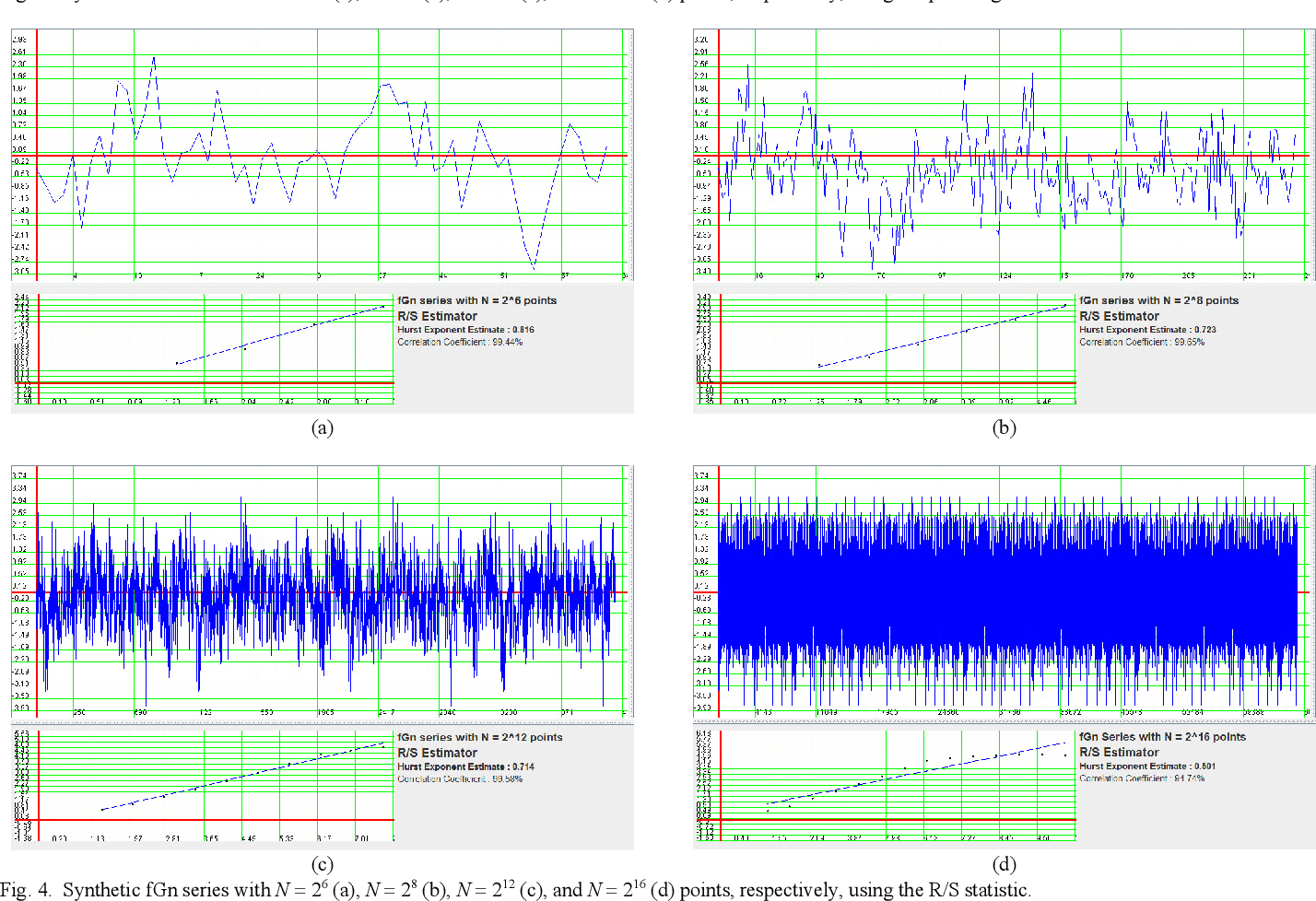 This article explores the required amount of time series points from a high-speed computer network to accurately estimate the Hurst exponent. The methodology consists in designing an experiment using estimators that are applied to time series addresses resulting from the capture of high-speed network traffic, followed by addressing the minimum amount of point required to obtain in accurate estimates of the Hurst exponent. The methodology addresses the exhaustive analysis of the Hurst exponent considering bias behaviour, standard deviation, and Mean Squared Error using fractional Gaussian noise signals with stationary increases. Our results show that the Whittle estimator successfully estimates the Hurst exponent in series with few points. Based on the results obtained, a minimum length for the time series is empirically proposed. Finally, to validate the results, the methodology is applied to real traffic captures in a high-speed computer network. 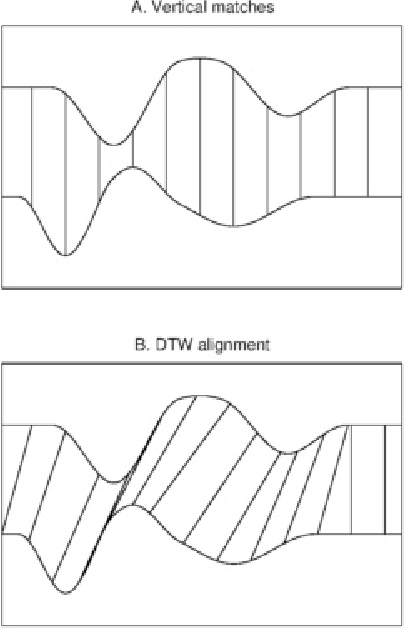 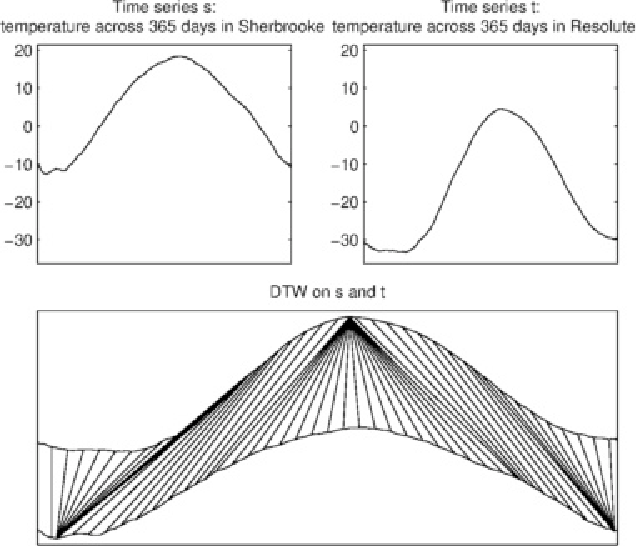 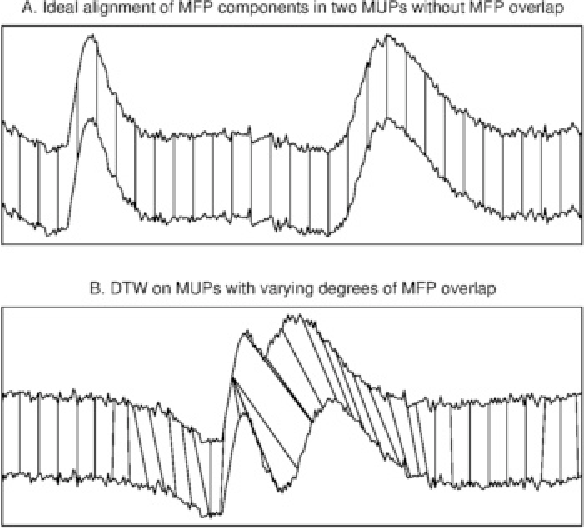 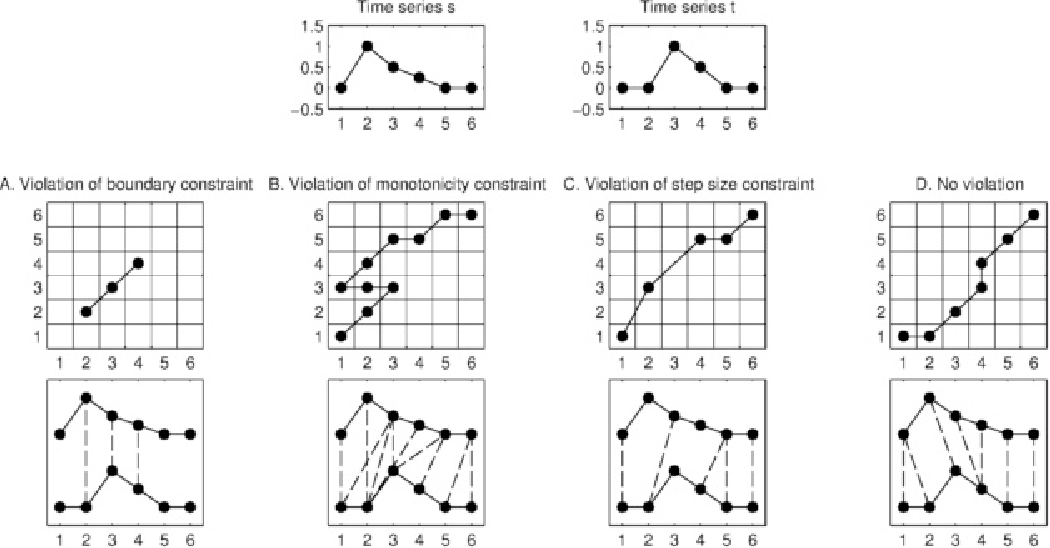 Pointwise matches between two time series are of great importance in time series analysis, and dynamic time warping (DTW) is known to provide generally reasonable matches. There are situations where time series alignment should be invariant to scaling and offset in amplitude or where local regions of the considered time series should be strongly reflected in pointwise matches. Two different variants of DTW, affine DTW (ADTW) and regional DTW (RDTW), are proposed to handle scaling and offset in amplitude and provide regional emphasis respectively. Furthermore, ADTW and RDTW can be combined in two different ways to generate alignments that incorporate advantages from both methods, where the affine model can be applied either globally to the entire time series or locally to each region. The proposed alignment methods outperform DTW on specific simulated datasets, and one-nearest-neighbor classifiers using their associated difference measures are competitive with the difference measures associated with state-of-the-art alignment methods on real datasets. 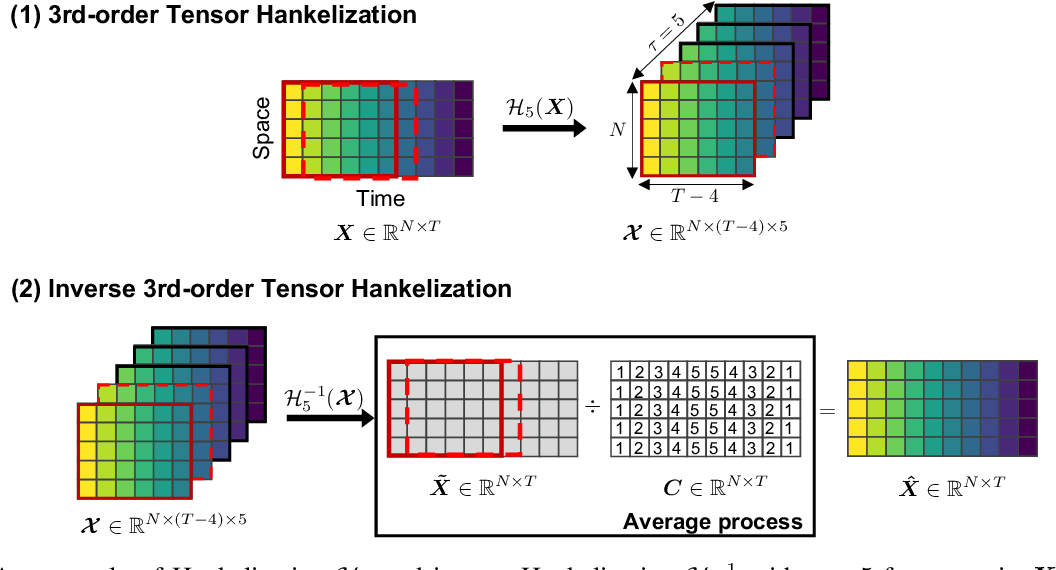 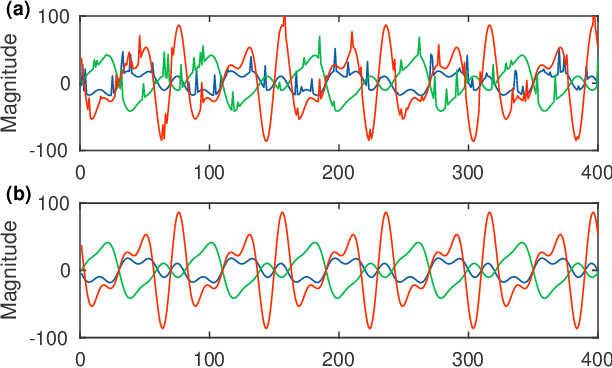 Spatiotemporal traffic data (e.g., link speed/flow) collected from sensor networks can be organized as multivariate time series with additional spatial attributes. A crucial task in analyzing such data is to identify and detect anomalous observations and events from the data with complex spatial and temporal dependencies. Robust Principal Component Analysis (RPCA) is a widely used tool for anomaly detection. However, the traditional RPCA purely relies on the global low-rank assumption while ignoring the local temporal correlations. In light of this, this study proposes a Hankel-structured tensor version of RPCA for anomaly detection in spatiotemporal data. We treat the raw data with anomalies as a multivariate time series matrix (location $\times$ time) and assume the denoised matrix has a low-rank structure. Then we transform the low-rank matrix to a third-order tensor by applying temporal Hankelization. In the end, we decompose the corrupted matrix into a low-rank Hankel tensor and a sparse matrix. With the Hankelization operation, the model can simultaneously capture the global and local spatiotemporal correlations and exhibit more robust performance. We formulate the problem as an optimization problem and use tensor nuclear norm (TNN) to approximate the tensor rank and $l_1$ norm to approximate the sparsity. We develop an efficient solution algorithm based on the Alternating Direction Method of Multipliers (ADMM). Despite having three hyper-parameters, the model is easy to set in practice. We evaluate the proposed method by synthetic data and metro passenger flow time series and the results demonstrate the accuracy of anomaly detection. 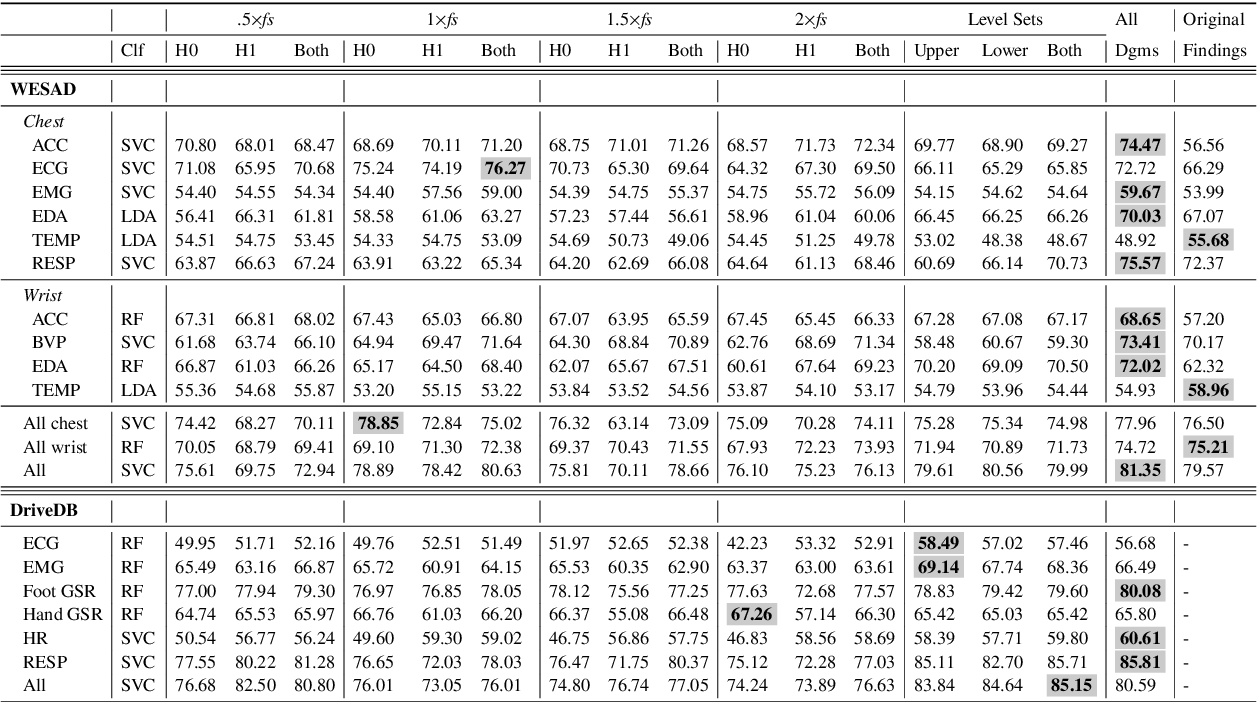 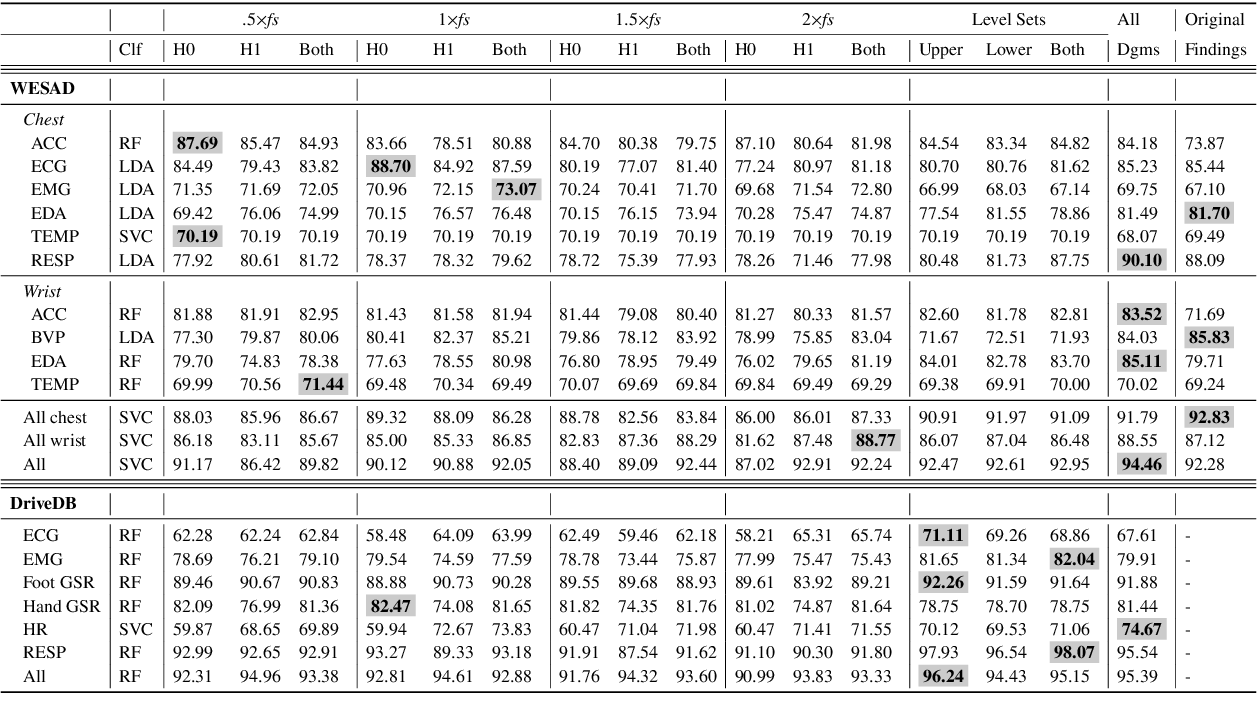 In this paper, we develop topological data analysis methods for classification tasks on univariate time series. As an application we perform binary and ternary classification tasks on two public datasets that consist of physiological signals collected under stress and non-stress conditions. We accomplish our goal by using persistent homology to engineer stable topological features after we use a time delay embedding of the signals and perform a subwindowing instead of using windows of fixed length. The combination of methods we use can be applied to any univariate time series and in this application allows us to reduce noise and use long window sizes without incurring an extra computational cost. We then use machine learning models on the features we algorithmically engineered to obtain higher accuracies with fewer features. 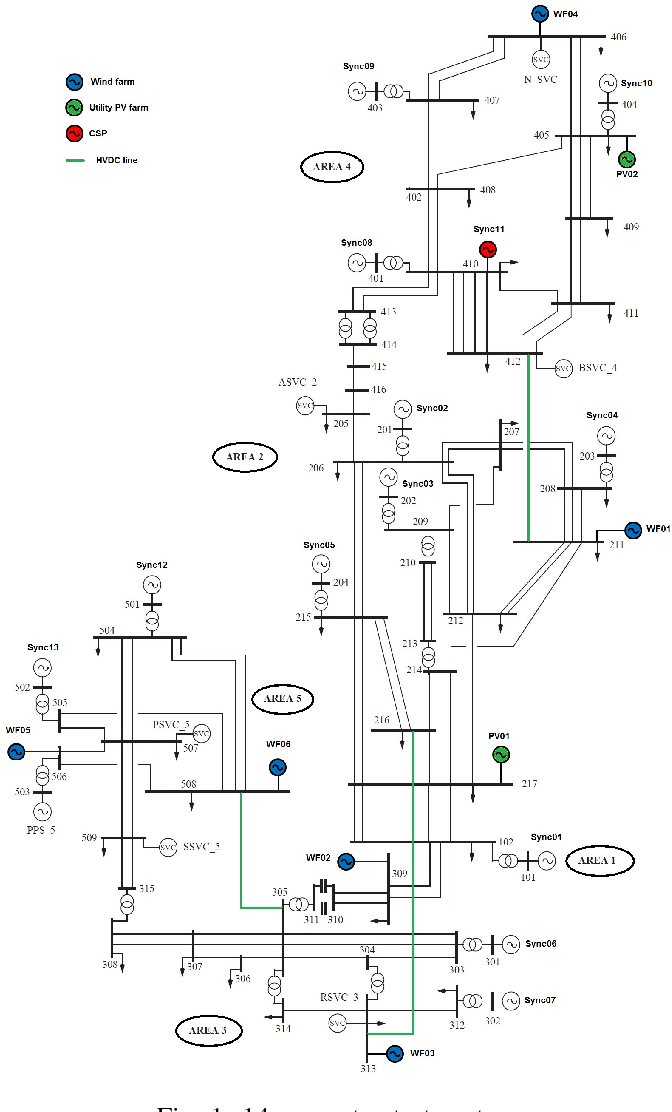 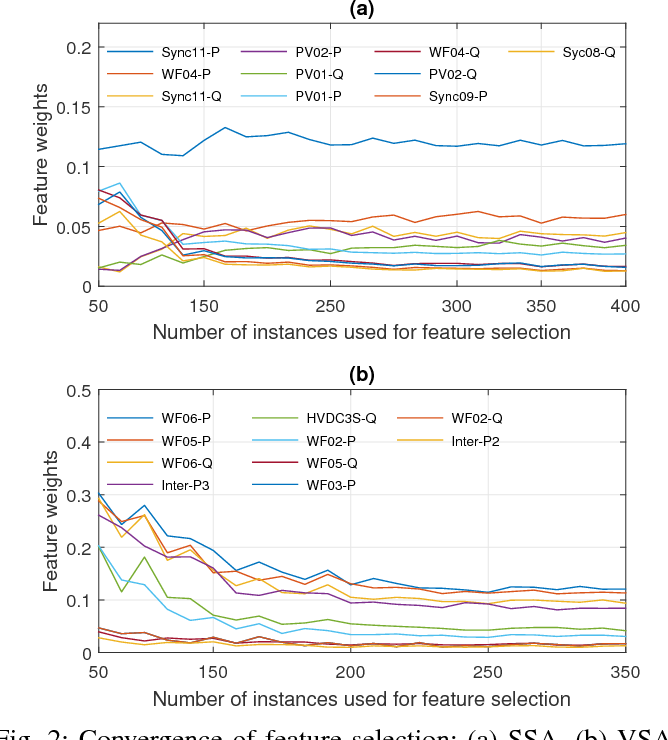 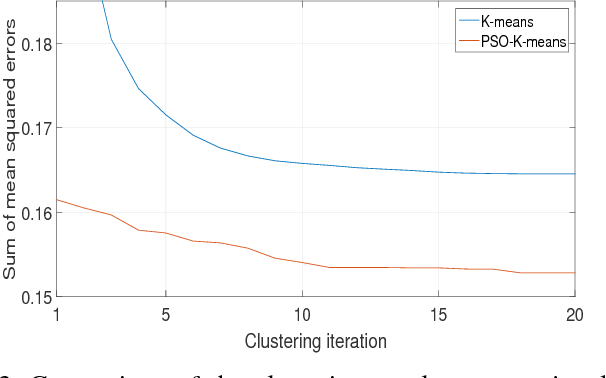 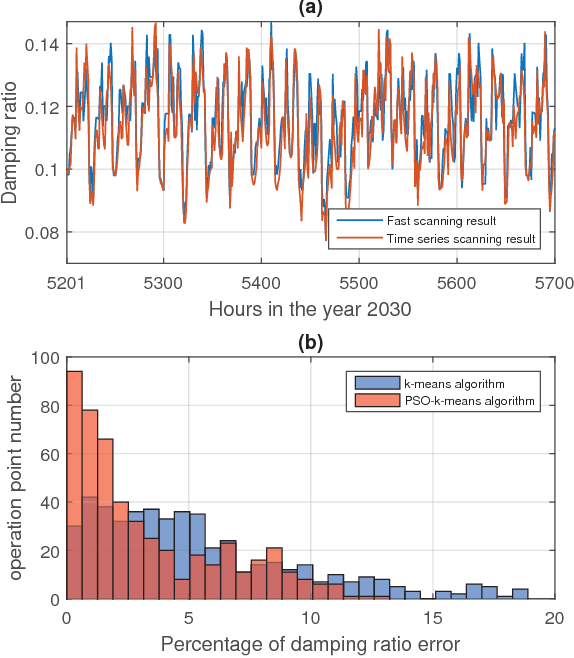 Future grid scenario analysis requires a major departure from conventional power system planning, where only a handful of most critical conditions is typically analyzed. To capture the inter-seasonal variations in renewable generation of a future grid scenario necessitates the use of computationally intensive time-series analysis. In this paper, we propose a planning framework for fast stability scanning of future grid scenarios using a novel feature selection algorithm and a novel self-adaptive PSO-k-means clustering algorithm. To achieve the computational speed-up, the stability analysis is performed only on small number of representative cluster centroids instead of on the full set of operating conditions. As a case study, we perform small-signal stability and steady-state voltage stability scanning of a simplified model of the Australian National Electricity Market with significant penetration of renewable generation. The simulation results show the effectiveness of the proposed approach. Compared to an exhaustive time series scanning, the proposed framework reduced the computational burden up to ten times, with an acceptable level of accuracy. 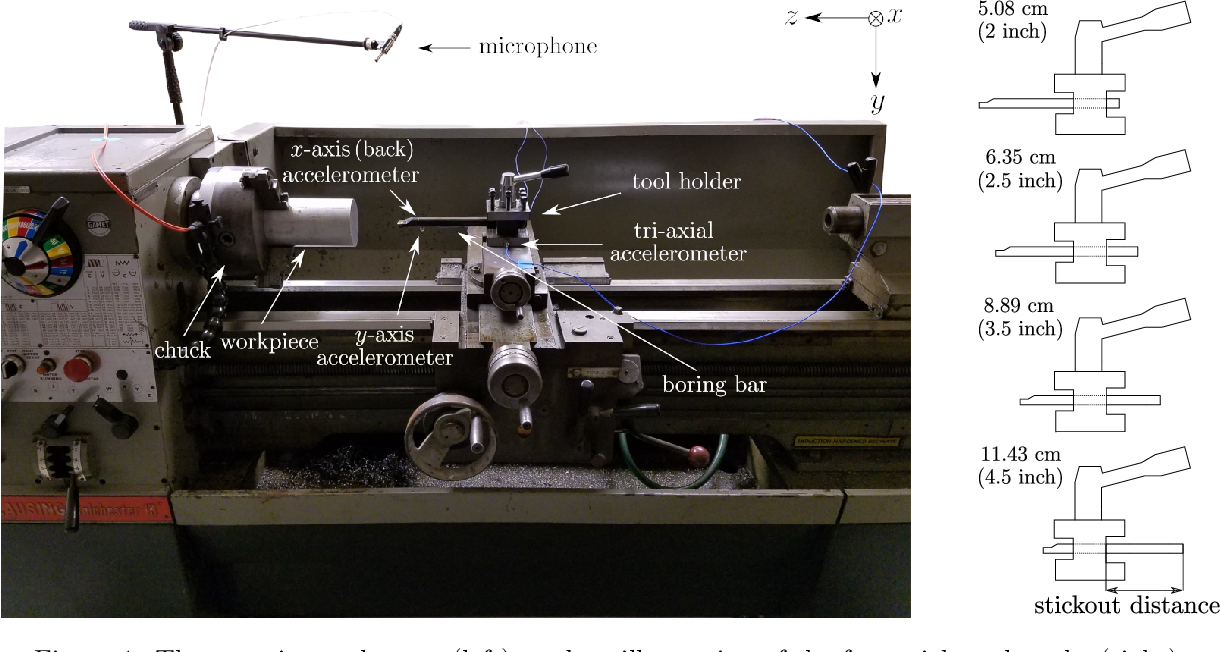 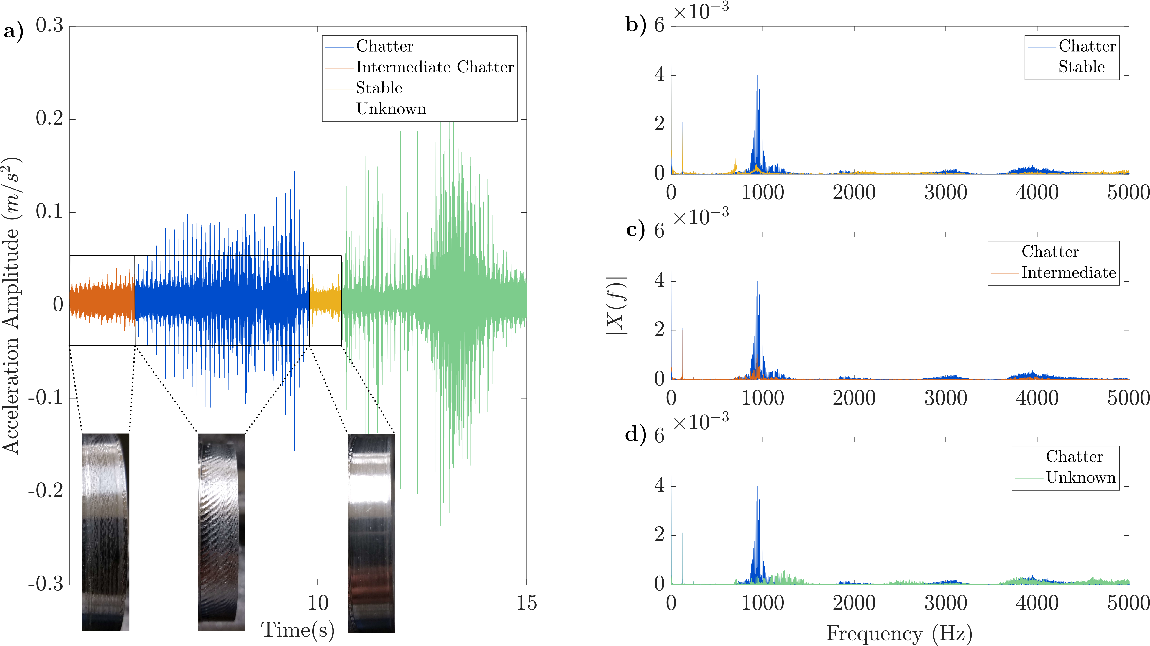 Chatter detection from sensor signals has been an active field of research. While some success has been reported using several featurization tools and machine learning algorithms, existing methods have several drawbacks such as manual preprocessing and requiring a large data set. In this paper, we present an alternative approach for chatter detection based on K-Nearest Neighbor (kNN) algorithm for classification and the Dynamic Time Warping (DTW) as a time series similarity measure. The used time series are the acceleration signals acquired from the tool holder in a series of turning experiments. Our results, show that this approach achieves detection accuracies that in most cases outperform existing methods. We compare our results to the traditional methods based on Wavelet Packet Transform (WPT) and the Ensemble Empirical Mode Decomposition (EEMD), as well as to the more recent Topological Data Analysis (TDA) based approach. We show that in three out of four cutting configurations our DTW-based approach attains the highest average classification rate reaching in one case as high as 99% accuracy. Our approach does not require feature extraction, is capable of reusing a classifier across different cutting configurations, and it uses reasonably sized training sets. Although the resulting high accuracy in our approach is associated with high computational cost, this is specific to the DTW implementation that we used. Specifically, we highlight available, very fast DTW implementations that can even be implemented on small consumer electronics. Therefore, further code optimization and the significantly reduced computational effort during the implementation phase make our approach a viable option for in-process chatter detection. 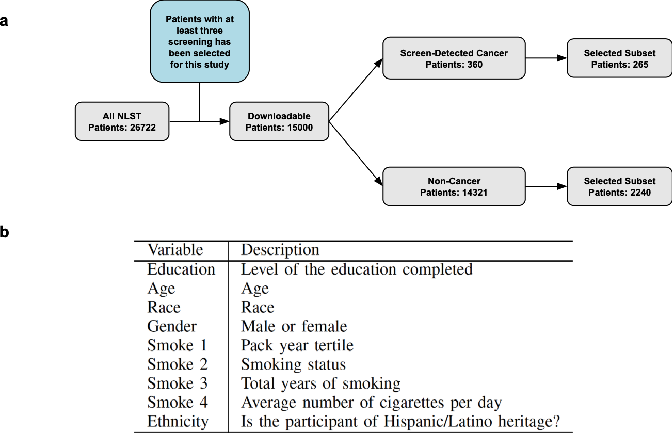 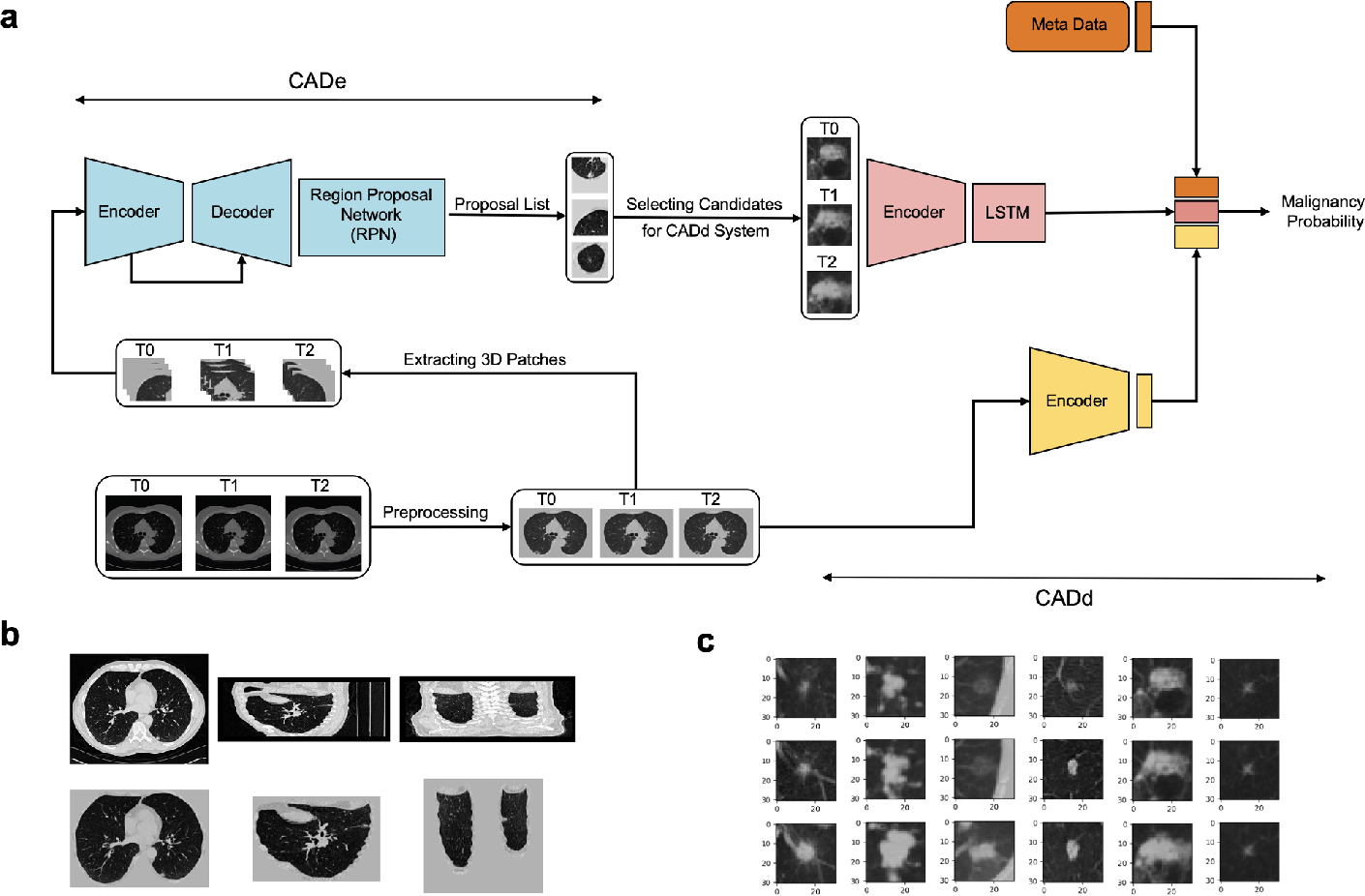 Lung cancer is the leading cause of cancer-related mortality worldwide. Lung cancer screening (LCS) using annual low-dose computed tomography (CT) scanning has been proven to significantly reduce lung cancer mortality by detecting cancerous lung nodules at an earlier stage. Improving risk stratification of malignancy risk in lung nodules can be enhanced using machine/deep learning algorithms. However most existing algorithms: a) have primarily assessed single time-point CT data alone thereby failing to utilize the inherent advantages contained within longitudinal imaging datasets; b) have not integrated into computer models pertinent clinical data that might inform risk prediction; c) have not assessed algorithm performance on the spectrum of nodules that are most challenging for radiologists to interpret and where assistance from analytic tools would be most beneficial. Here we show the performance of our time-series deep learning model (DeepCAD-NLM-L) which integrates multi-model information across three longitudinal data domains: nodule-specific, lung-specific, and clinical demographic data. We compared our time-series deep learning model to a) radiologist performance on CTs from the National Lung Screening Trial enriched with the most challenging nodules for diagnosis; b) a nodule management algorithm from a North London LCS study (SUMMIT). Our model demonstrated comparable and complementary performance to radiologists when interpreting challenging lung nodules and showed improved performance (AUC=88\%) against models utilizing single time-point data only. The results emphasise the importance of time-series, multi-modal analysis when interpreting malignancy risk in LCS. 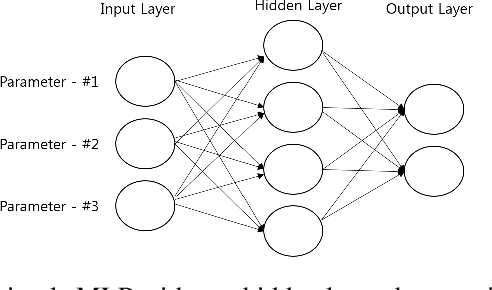 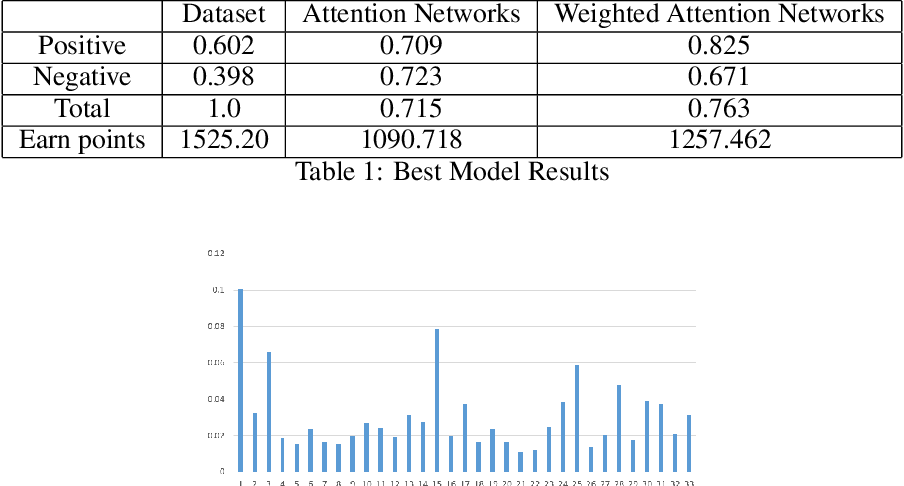 Financial time series prediction, especially with machine learning techniques, is an extensive field of study. In recent times, deep learning methods (especially time series analysis) have performed outstandingly for various industrial problems, with better prediction than machine learning methods. Moreover, many researchers have used deep learning methods to predict financial time series with various models in recent years. In this paper, we will compare various deep learning models, such as multilayer perceptron (MLP), one-dimensional convolutional neural networks (1D CNN), stacked long short-term memory (stacked LSTM), attention networks, and weighted attention networks for financial time series prediction. In particular, attention LSTM is not only used for prediction, but also for visualizing intermediate outputs to analyze the reason of prediction; therefore, we will show an example for understanding the model prediction intuitively with attention vectors. In addition, we focus on time and factors, which lead to an easy understanding of why certain trends are predicted when accessing a given time series table. We also modify the loss functions of the attention models with weighted categorical cross entropy; our proposed model produces a 0.76 hit ratio, which is superior to those of other methods for predicting the trends of the KOSPI 200. 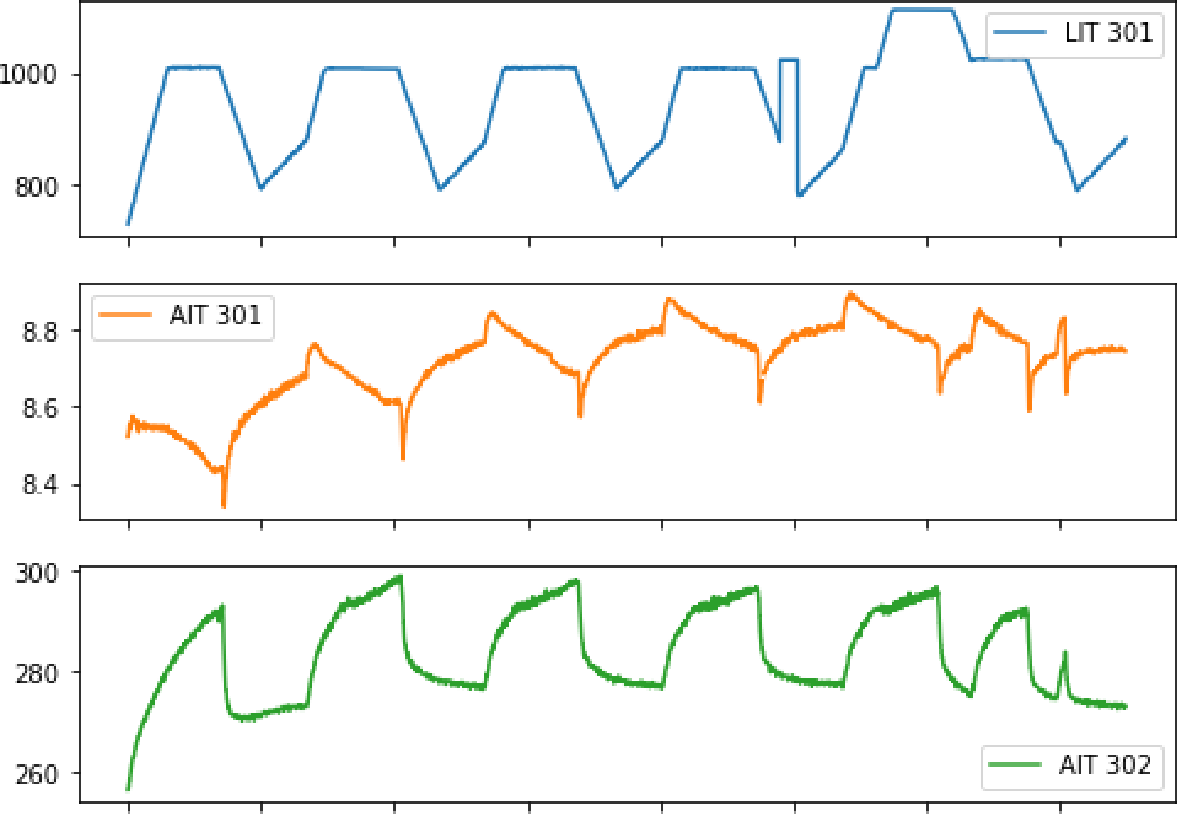 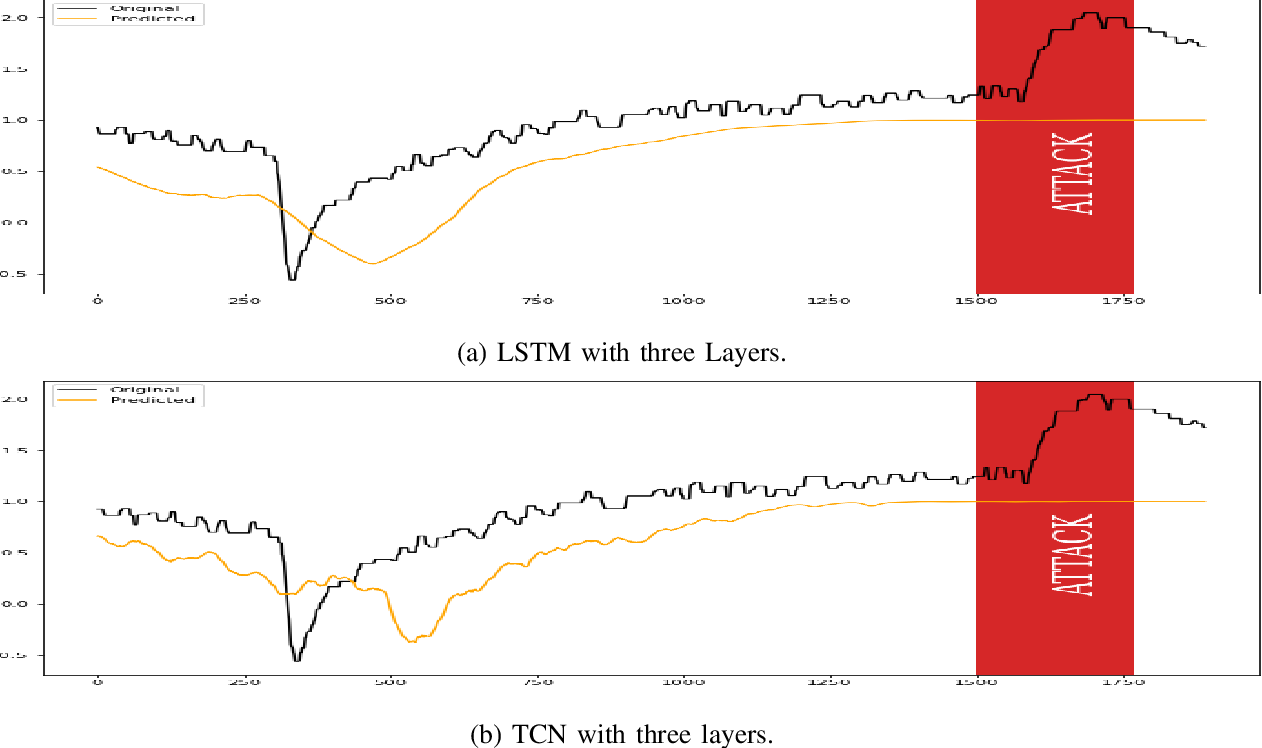