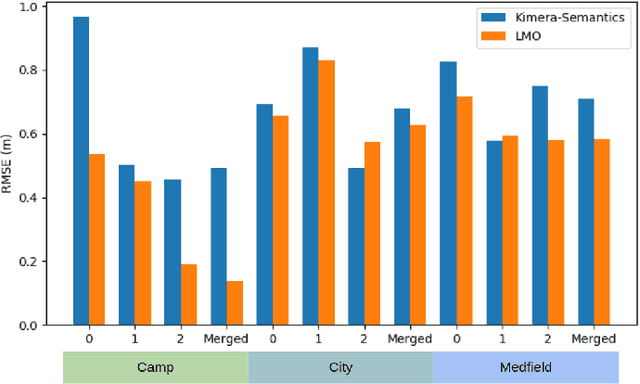 This paper presents Kimera-Multi, the first multi-robot system that (i) is robust and capable of identifying and rejecting incorrect inter and intra-robot loop closures resulting from perceptual aliasing, (ii) is fully distributed and only relies on local (peer-to-peer) communication to achieve distributed localization and mapping, and (iii) builds a globally consistent metric-semantic 3D mesh model of the environment in real-time, where faces of the mesh are annotated with semantic labels. Kimera-Multi is implemented by a team of robots equipped with visual-inertial sensors. Each robot builds a local trajectory estimate and a local mesh using Kimera. When communication is available, robots initiate a distributed place recognition and robust pose graph optimization protocol based on a novel distributed graduated non-convexity algorithm. The proposed protocol allows the robots to improve their local trajectory estimates by leveraging inter-robot loop closures while being robust to outliers. Finally, each robot uses its improved trajectory estimate to correct the local mesh using mesh deformation techniques. We demonstrate Kimera-Multi in photo-realistic simulations, SLAM benchmarking datasets, and challenging outdoor datasets collected using ground robots. Both real and simulated experiments involve long trajectories (e.g., up to 800 meters per robot). The experiments show that Kimera-Multi (i) outperforms the state of the art in terms of robustness and accuracy, (ii) achieves estimation errors comparable to a centralized SLAM system while being fully distributed, (iii) is parsimonious in terms of communication bandwidth, (iv) produces accurate metric-semantic 3D meshes, and (v) is modular and can be also used for standard 3D reconstruction (i.e., without semantic labels) or for trajectory estimation (i.e., without reconstructing a 3D mesh).