We present a novel multi-stage 3D computer-aided detection and diagnosis (CAD) model for automated localization of clinically significant prostate cancer (csPCa) in bi-parametric MR imaging (bpMRI). State-of-the-art attention mechanisms drive its detection network, which aims to accurately discriminate csPCa lesions from indolent cancer and the wide range of benign pathology that can afflict the prostate gland. In parallel, a decoupled residual classifier is used to achieve consistent false positive reduction, without sacrificing high detection sensitivity or computational efficiency. Furthermore, a probabilistic anatomical prior, which captures the spatial prevalence of csPCa and its zonal distinction, is computed and encoded into the CNN architecture to guide model generalization with domain-specific clinical knowledge. For 486 institutional testing scans, the 3D CAD system achieves $83.69\pm5.22\%$ and $93.19\pm2.96\%$ detection sensitivity at 0.50 and 1.46 false positive(s) per patient, respectively, along with $0.882$ AUROC in patient-based diagnosis $-$significantly outperforming four baseline architectures (USEResNet, UNet++, nnU-Net, Attention U-Net). For 296 external testing scans, the ensembled CAD system shares moderate agreement with a consensus of expert radiologists ($76.69\%$; $kappa=0.511$) and independent pathologists ($81.08\%$; $kappa=0.559$); demonstrating a strong ability to localize histologically-confirmed malignancies and generalize beyond the radiologically-estimated annotations of the 1950 training-validation cases used in this study. 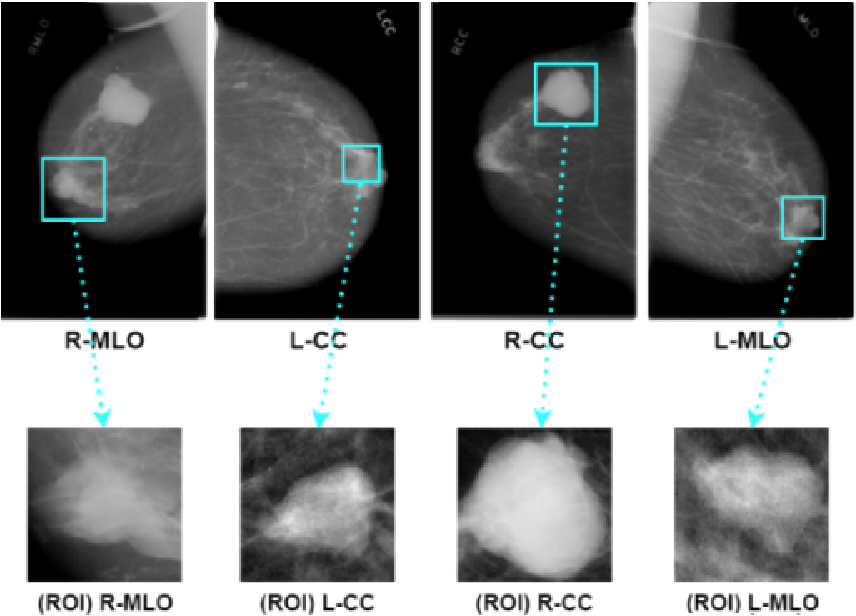 Breast cancer is one of the leading causes of death among women across the globe. It is difficult to treat if detected at advanced stages, however, early detection can significantly increase chances of survival and improves lives of millions of women. Given the widespread prevalence of breast cancer, it is of utmost importance for the research community to come up with the framework for early detection, classification and diagnosis. Artificial intelligence research community in coordination with medical practitioners are developing such frameworks to automate the task of detection. With the surge in research activities coupled with availability of large datasets and enhanced computational powers, it expected that AI framework results will help even more clinicians in making correct predictions. In this article, a novel framework for classification of breast cancer using mammograms is proposed. The proposed framework combines robust features extracted from novel Convolutional Neural Network (CNN) features with handcrafted features including HOG (Histogram of Oriented Gradients) and LBP (Local Binary Pattern). The obtained results on CBIS-DDSM dataset exceed state of the art. 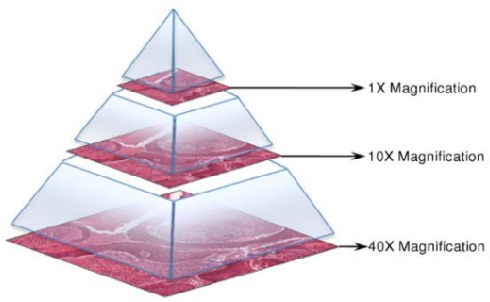 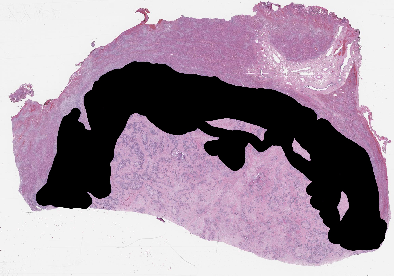 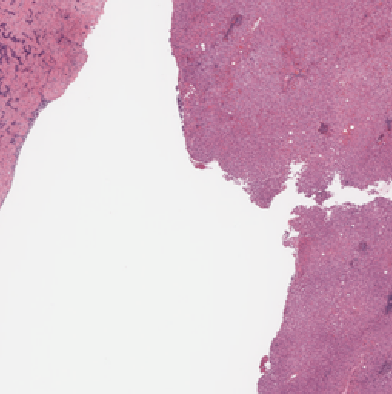 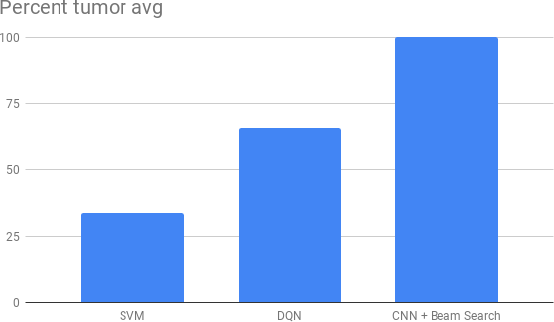 Recent breakthroughs in object detection and image classification using Convolutional Neural Networks (CNNs) are revolutionizing the state of the art in medical imaging, and microscopy in particular presents abundant opportunities for computer vision algorithms to assist medical professionals in diagnosis of diseases ranging from malaria to cancer. High resolution scans of microscopy slides called Whole Slide Images (WSIs) offer enough information for a cancer pathologist to come to a conclusion regarding cancer presence, subtype, and severity based on measurements of features within the slide image at multiple scales and resolutions. WSIs' extremely high resolutions and feature scales ranging from gross anatomical structures down to cell nuclei preclude the use of standard CNN models for object detection and classification, which have typically been designed for images with dimensions in the hundreds of pixels and with objects on the order of the size of the image itself. We explore parallel approaches based on Reinforcement Learning and Beam Search to learn to progressively zoom into the WSI to detect Regions of Interest (ROIs) in liver pathology slides containing one of two types of liver cancer, namely Hepatocellular Carcinoma (HCC) and Cholangiocarcinoma (CC). These ROIs can then be presented directly to the pathologist to aid in measurement and diagnosis or be used for automated classification of tumor subtype. 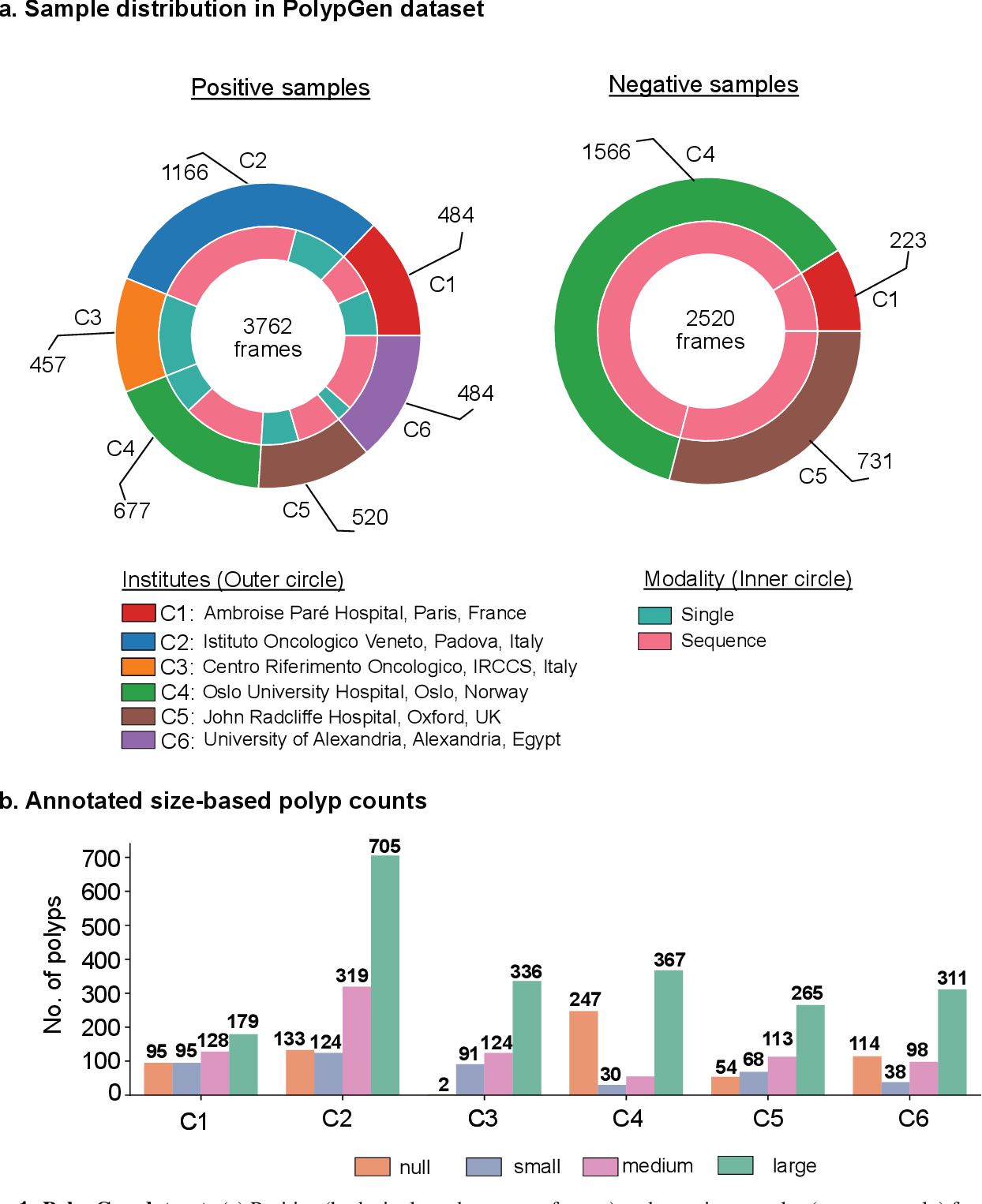 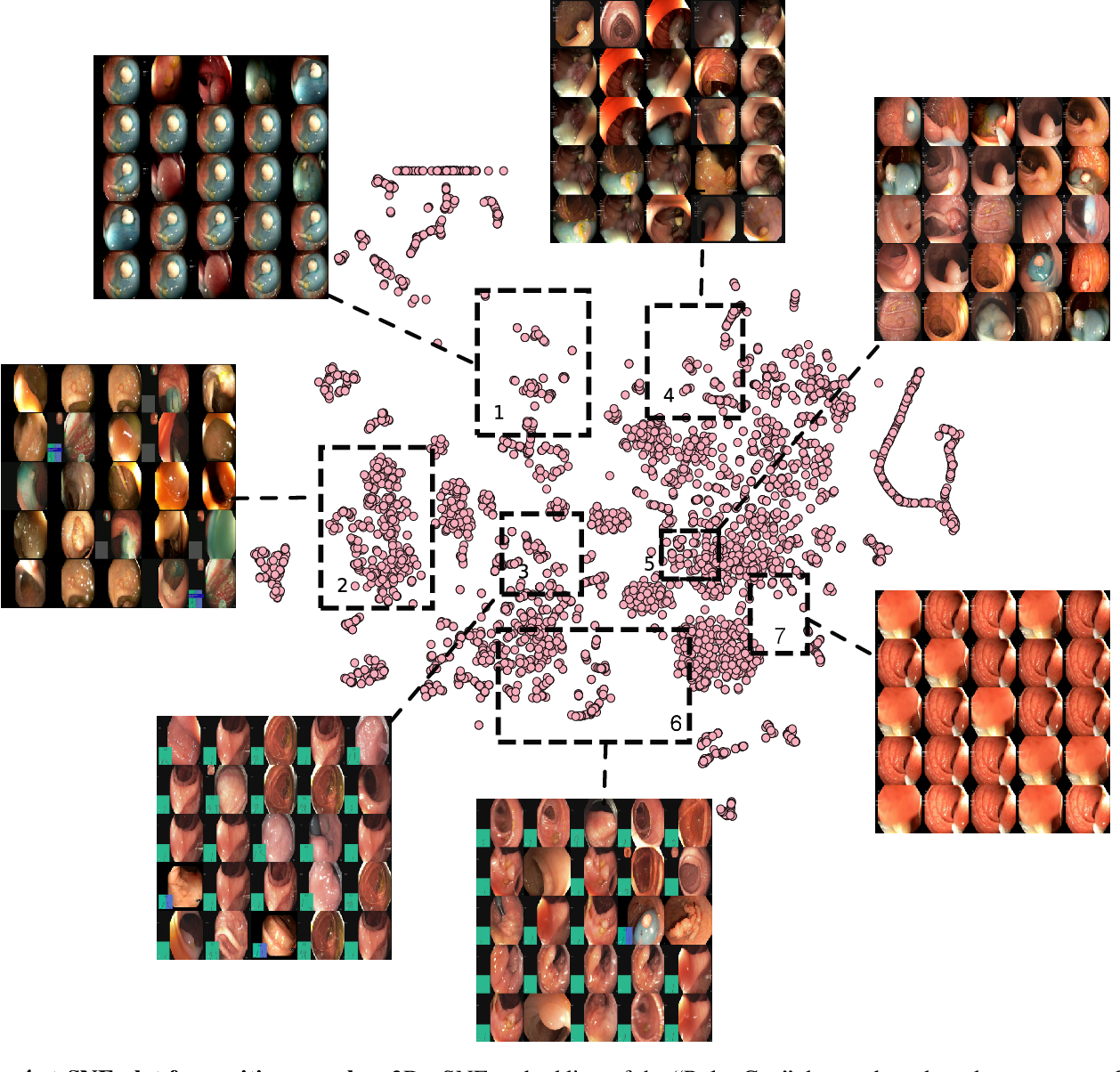 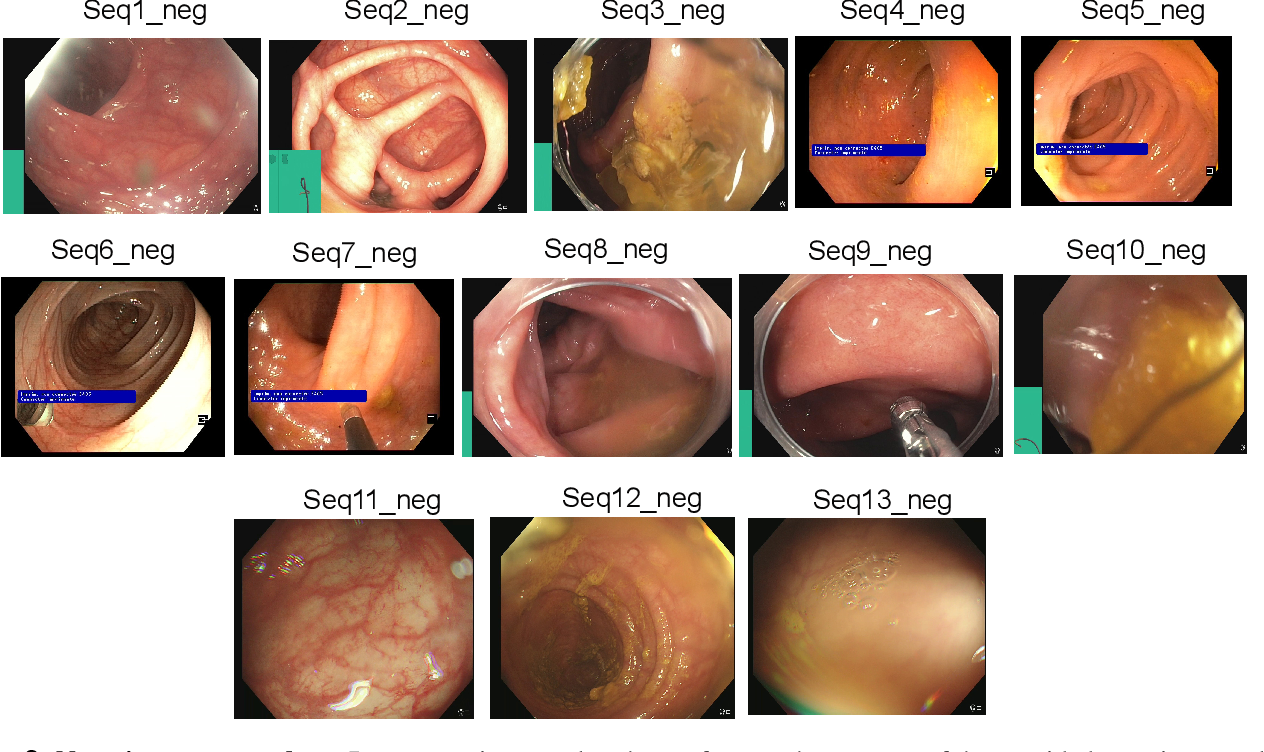 Polyps in the colon are widely known as cancer precursors identified by colonoscopy either related to diagnostic work-up for symptoms, colorectal cancer screening or systematic surveillance of certain diseases. Whilst most polyps are benign, the number, size and the surface structure of the polyp are tightly linked to the risk of colon cancer. There exists a high missed detection rate and incomplete removal of colon polyps due to the variable nature, difficulties to delineate the abnormality, high recurrence rates and the anatomical topography of the colon. In the past, several methods have been built to automate polyp detection and segmentation. However, the key issue of most methods is that they have not been tested rigorously on a large multi-center purpose-built dataset. Thus, these methods may not generalise to different population datasets as they overfit to a specific population and endoscopic surveillance. To this extent, we have curated a dataset from 6 different centers incorporating more than 300 patients. The dataset includes both single frame and sequence data with 3446 annotated polyp labels with precise delineation of polyp boundaries verified by six senior gastroenterologists. To our knowledge, this is the most comprehensive detection and pixel-level segmentation dataset curated by a team of computational scientists and expert gastroenterologists. This dataset has been originated as the part of the Endocv2021 challenge aimed at addressing generalisability in polyp detection and segmentation. In this paper, we provide comprehensive insight into data construction and annotation strategies, annotation quality assurance and technical validation for our extended EndoCV2021 dataset which we refer to as PolypGen. 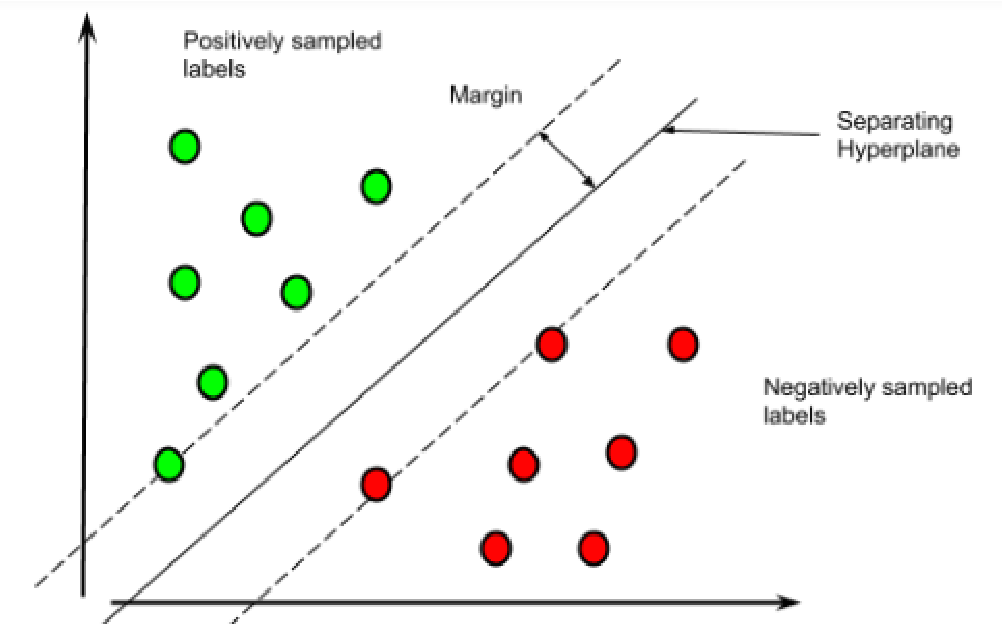 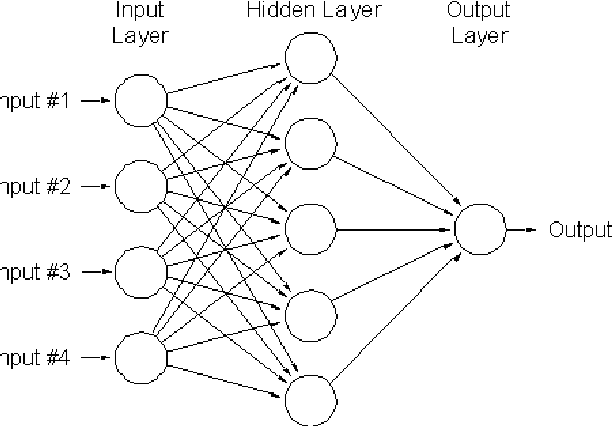 Collectively, lung cancer, breast cancer and melanoma was diagnosed in over 535,340 people out of which, 209,400 deaths were reported [13]. It is estimated that over 600,000 people will be diagnosed with these forms of cancer in 2015. Most of the deaths from lung cancer, breast cancer and melanoma result due to late detection. All of these cancers, if detected early, are 100% curable. In this study, we develop and evaluate algorithms to diagnose Breast cancer, Melanoma, and Lung cancer. In the first part of the study, we employed a normalised Gradient Descent and an Artificial Neural Network to diagnose breast cancer with an overall accuracy of 91% and 95% respectively. In the second part of the study, an artificial neural network coupled with image processing and analysis algorithms was employed to achieve an overall accuracy of 93% A naive mobile based application that allowed people to take diagnostic tests on their phones was developed. Finally, a Support Vector Machine algorithm incorporating image processing and image analysis algorithms was developed to diagnose lung cancer with an accuracy of 94%. All of the aforementioned systems had very low false positive and false negative rates. We are developing an online network that incorporates all of these systems and allows people to collaborate globally.

Biomarkers which predict patient's survival can play an important role in medical diagnosis and treatment. How to select the significant biomarkers from hundreds of protein markers is a key step in survival analysis. In this paper a novel method is proposed to detect the prognostic biomarkers of survival in colorectal cancer patients using wavelet analysis, genetic algorithm, and Bayes classifier. One dimensional discrete wavelet transform (DWT) is normally used to reduce the dimensionality of biomedical data. In this study one dimensional continuous wavelet transform (CWT) was proposed to extract the features of colorectal cancer data. One dimensional CWT has no ability to reduce dimensionality of data, but captures the missing features of DWT, and is complementary part of DWT. Genetic algorithm was performed on extracted wavelet coefficients to select the optimized features, using Bayes classifier to build its fitness function. The corresponding protein markers were located based on the position of optimized features. Kaplan-Meier curve and Cox regression model were used to evaluate the performance of selected biomarkers. Experiments were conducted on colorectal cancer dataset and several significant biomarkers were detected. A new protein biomarker CD46 was found to significantly associate with survival time.

Breast cancer is the most prevalent cancer worldwide and over two million new cases are diagnosed each year. As part of the tumour grading process, histopathologists manually count how many cells are dividing, in a biological process called mitosis. Artificial intelligence (AI) methods have been developed to automatically detect mitotic figures, however these methods often perform poorly when applied to data from outside of the original (training) domain, i.e. they do not generalise well to histology images created using varied staining protocols or digitised using different scanners. Style transfer, a form of domain adaptation, provides the means to transform images from different domains to a shared visual appearance and have been adopted in various applications to mitigate the issue of domain shift. In this paper we train two mitosis detection models and two style transfer methods and evaluate the usefulness of the latter for improving mitosis detection performance in images digitised using different scanners. We found that the best of these models, U-Net without style transfer, achieved an F1-score of 0.693 on the MIDOG 2021 preliminary test set.