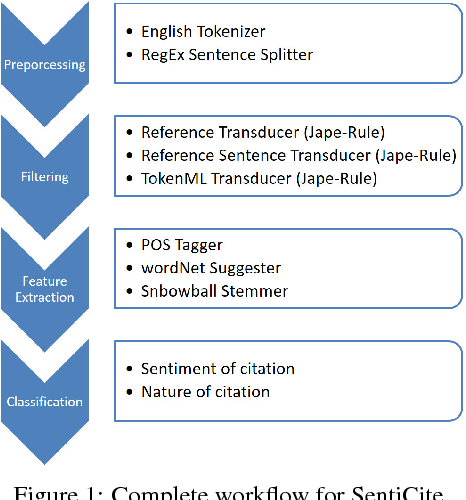 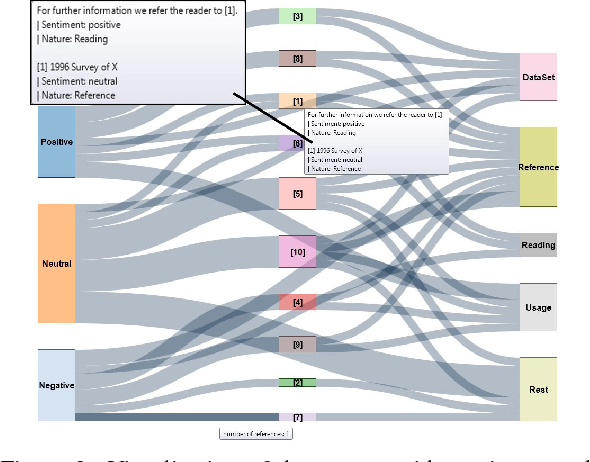 With the rapid growth in the number of scientific publications, year after year, it is becoming increasingly difficult to identify quality authoritative work on a single topic. Though there is an availability of scientometric measures which promise to offer a solution to this problem, these measures are mostly quantitative and rely, for instance, only on the number of times an article is cited. With this approach, it becomes irrelevant if an article is cited 10 times in a positive, negative or neutral way. In this context, it is quite important to study the qualitative aspect of a citation to understand its significance. This paper presents a novel system for sentiment analysis of citations in scientific documents (SentiCite) and is also capable of detecting nature of citations by targeting the motivation behind a citation, e.g., reference to a dataset, reading reference. Furthermore, the paper also presents two datasets (SentiCiteDB and IntentCiteDB) containing about 2,600 citations with their ground truth for sentiment and nature of citation. SentiCite along with other state-of-the-art methods for sentiment analysis are evaluated on the presented datasets. Evaluation results reveal that SentiCite outperforms state-of-the-art methods for sentiment analysis in scientific publications by achieving a F1-measure of 0.71. 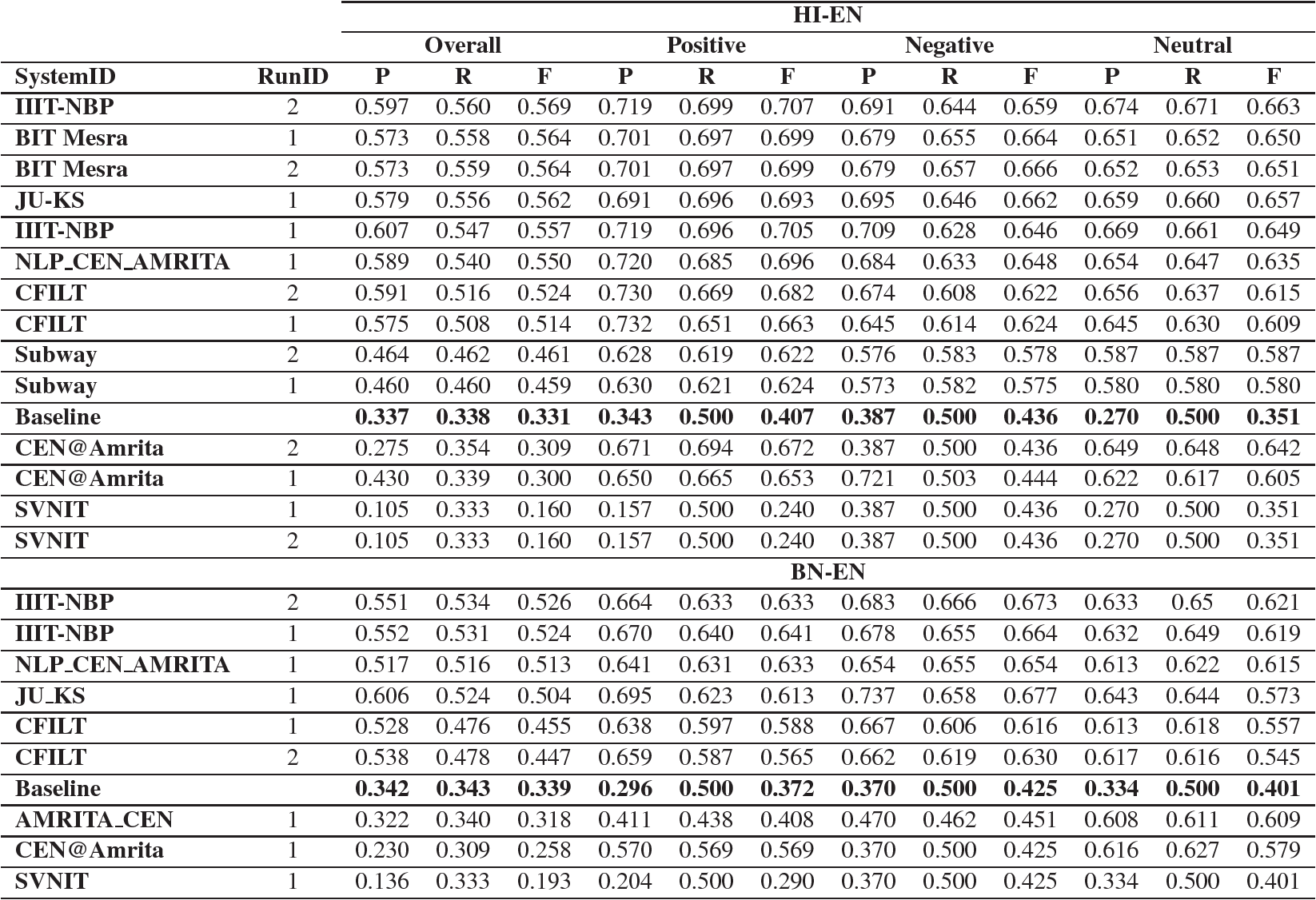 Sentiment analysis is essential in many real-world applications such as stance detection, review analysis, recommendation system, and so on. Sentiment analysis becomes more difficult when the data is noisy and collected from social media. India is a multilingual country; people use more than one languages to communicate within themselves. The switching in between the languages is called code-switching or code-mixing, depending upon the type of mixing. This paper presents overview of the shared task on sentiment analysis of code-mixed data pairs of Hindi-English and Bengali-English collected from the different social media platform. The paper describes the task, dataset, evaluation, baseline and participant's systems. 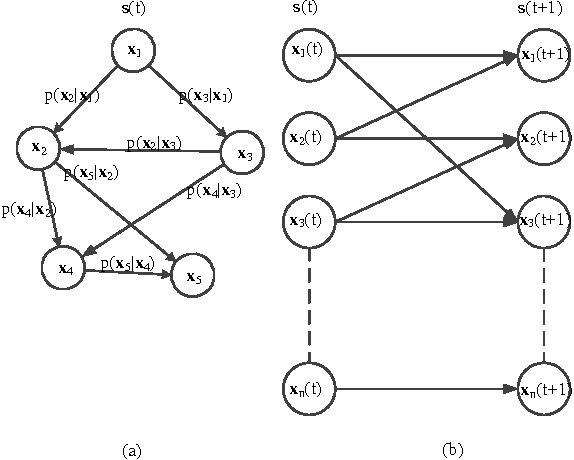 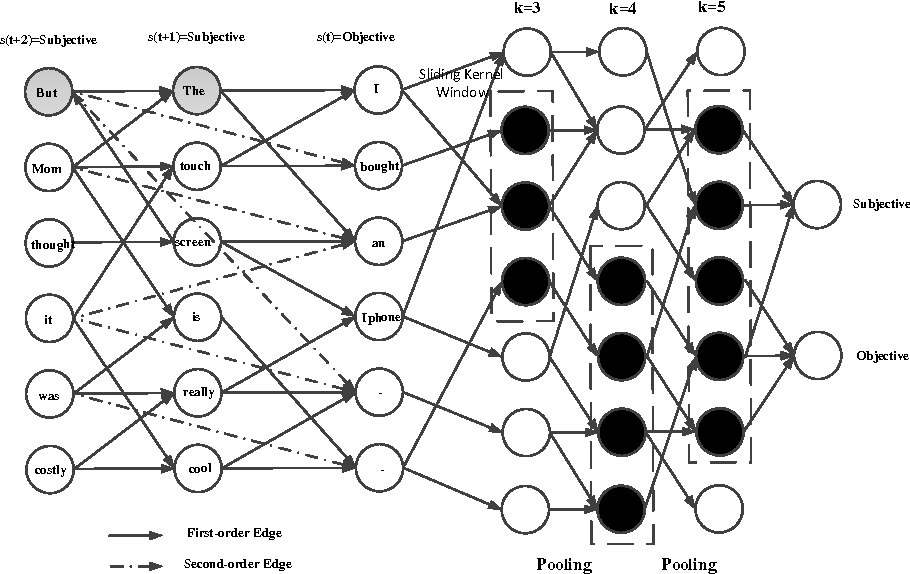 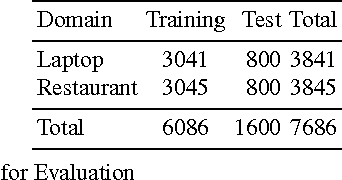 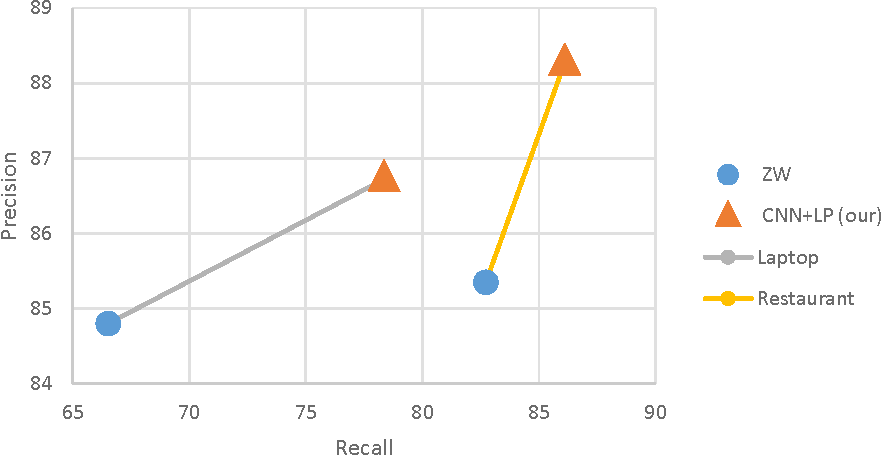 Persian Sentiment Analyzer: A Framework based on a Novel Feature Selection Method 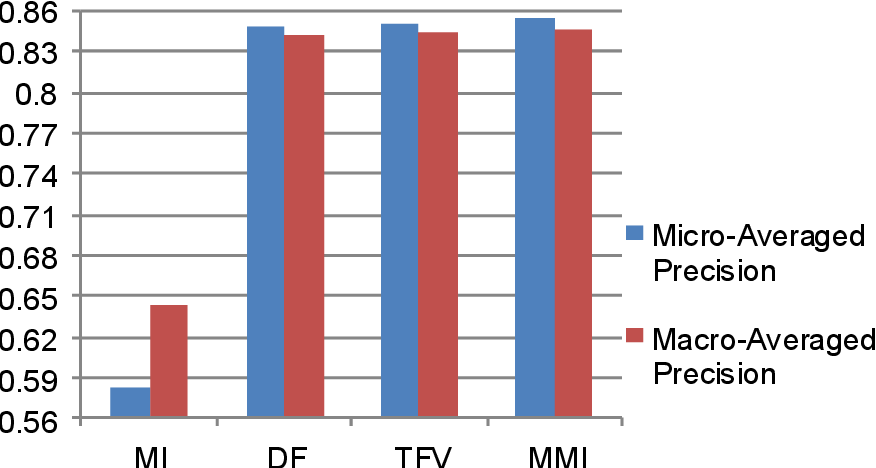 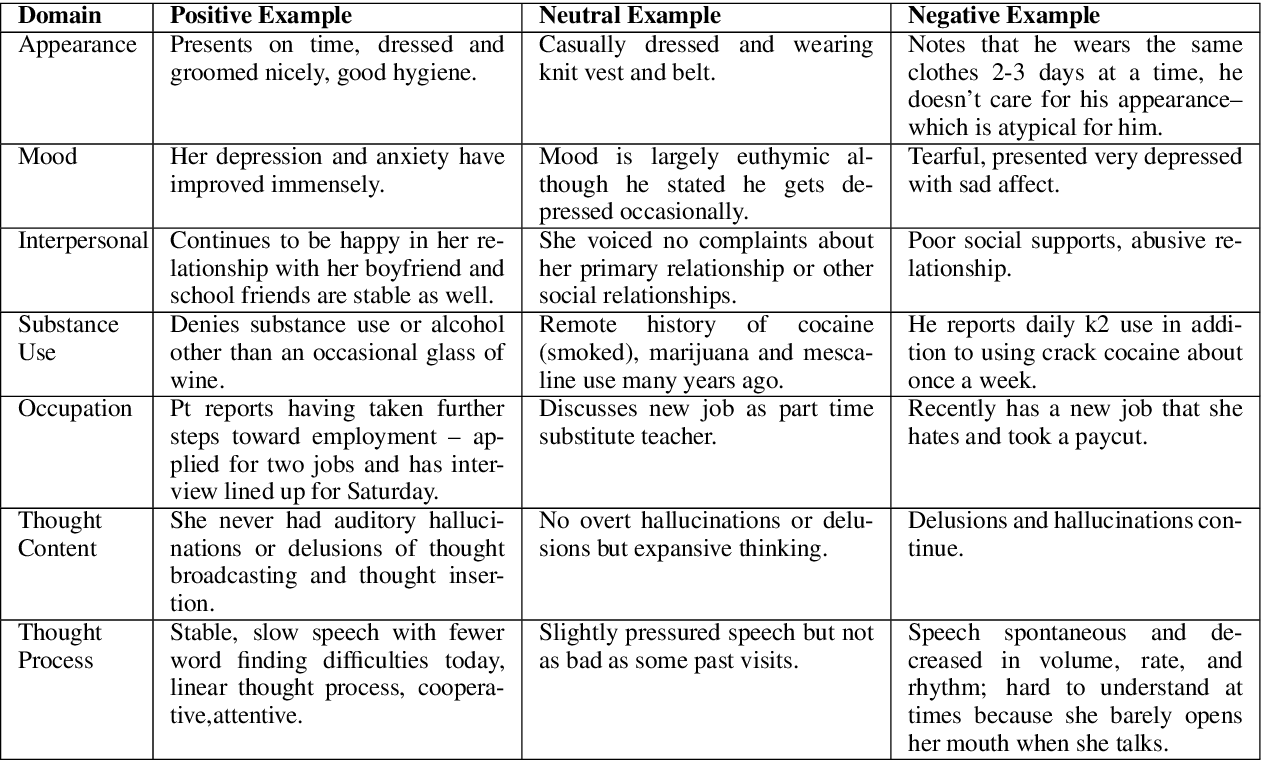 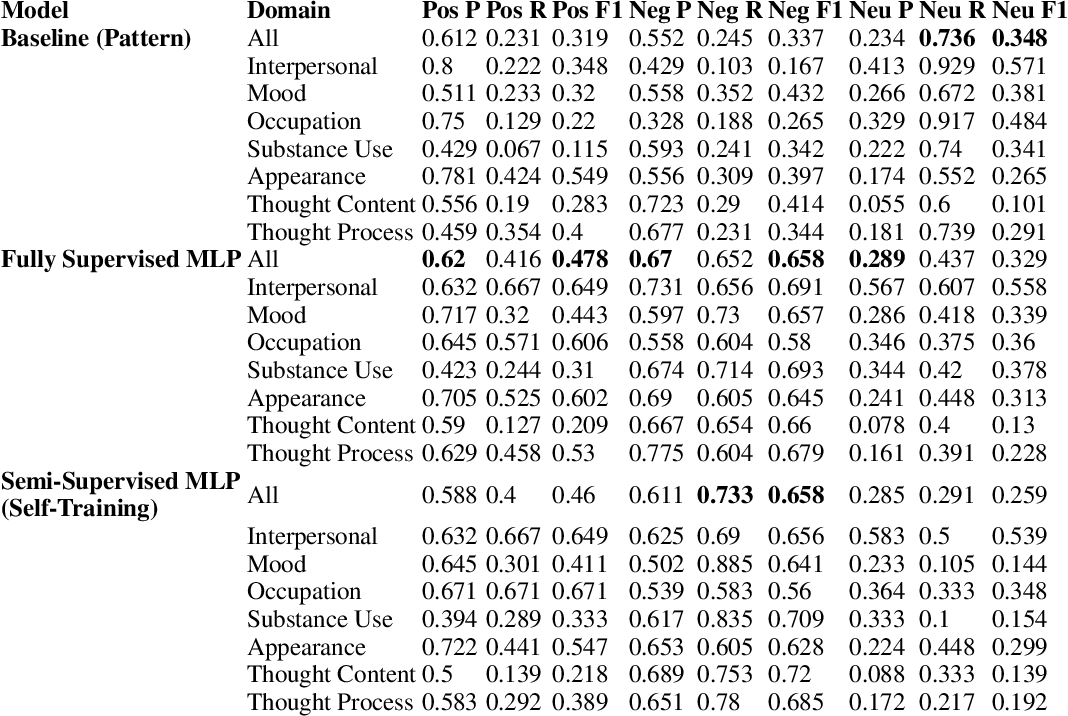 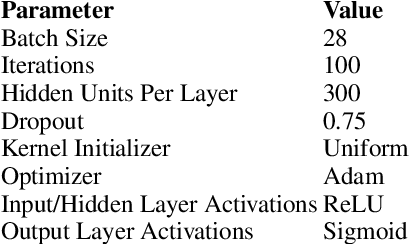 Recently natural language processing (NLP) tools have been developed to identify and extract salient risk indicators in electronic health records (EHRs). Sentiment analysis, although widely used in non-medical areas for improving decision making, has been studied minimally in the clinical setting. In this study, we undertook, to our knowledge, the first domain adaptation of sentiment analysis to psychiatric EHRs by defining psychiatric clinical sentiment, performing an annotation project, and evaluating multiple sentence-level sentiment machine learning (ML) models. Results indicate that off-the-shelf sentiment analysis tools fail in identifying clinically positive or negative polarity, and that the definition of clinical sentiment that we provide is learnable with relatively small amounts of training data. This project is an initial step towards further refining sentiment analysis methods for clinical use. Our long-term objective is to incorporate the results of this project as part of a machine learning model that predicts inpatient readmission risk. We hope that this work will initiate a discussion concerning domain adaptation of sentiment analysis to the clinical setting.

Sentiment analysis provides a useful overview of customer review contents. Many review websites allow a user to enter a summary in addition to a full review. It has been shown that jointly predicting the review summary and the sentiment rating benefits both tasks. However, these methods consider the integration of review and summary information in an implicit manner, which limits their performance to some extent. In this paper, we propose a hierarchically-refined attention network for better exploiting multi-interaction between a review and its summary for sentiment analysis. In particular, the representation of a review is layer-wise refined by attention over the summary representation. Empirical results show that our model can better make use of user-written summaries for review sentiment analysis, and is also more effective compared to existing methods when the user summary is replaced with summary generated by an automatic summarization system. 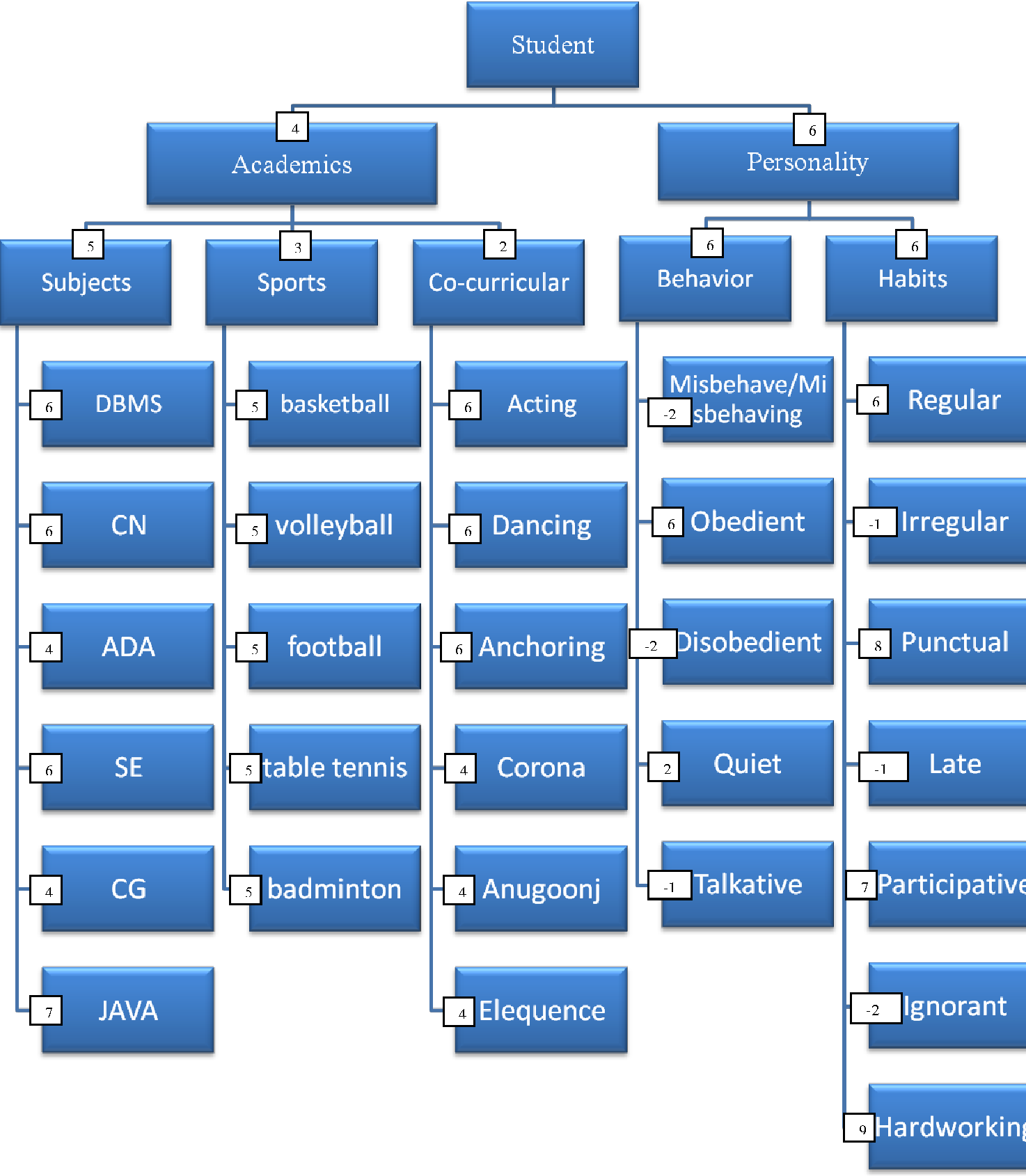 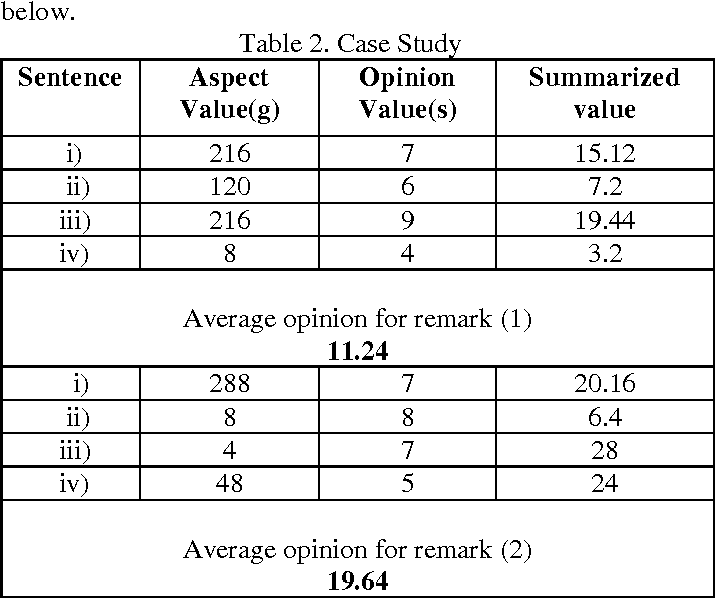 Opinion Mining and Sentiment Analysis is a process of identifying opinions in large unstructured/structured data and then analysing polarity of those opinions. Opinion mining and sentiment analysis have found vast application in analysing online ratings, analysing product based reviews, e-governance, and managing hostile content over the internet. This paper proposes an algorithm to implement aspect level sentiment analysis. The algorithm takes input from the remarks submitted by various teachers of a student. An aspect tree is formed which has various levels and weights are assigned to each branch to identify level of aspect. Aspect value is calculated by the algorithm by means of the proposed aspect tree. Dictionary based method is implemented to evaluate the polarity of the remark. The algorithm returns the aspect value clubbed with opinion value and sentiment value which helps in concluding the summarized value of remark. 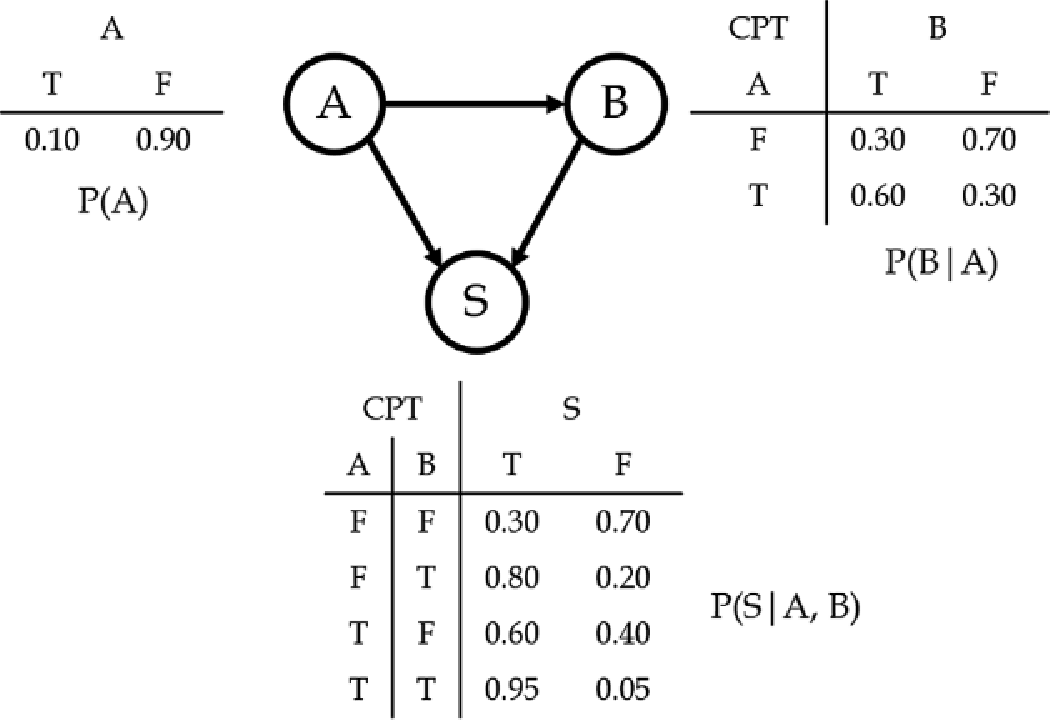 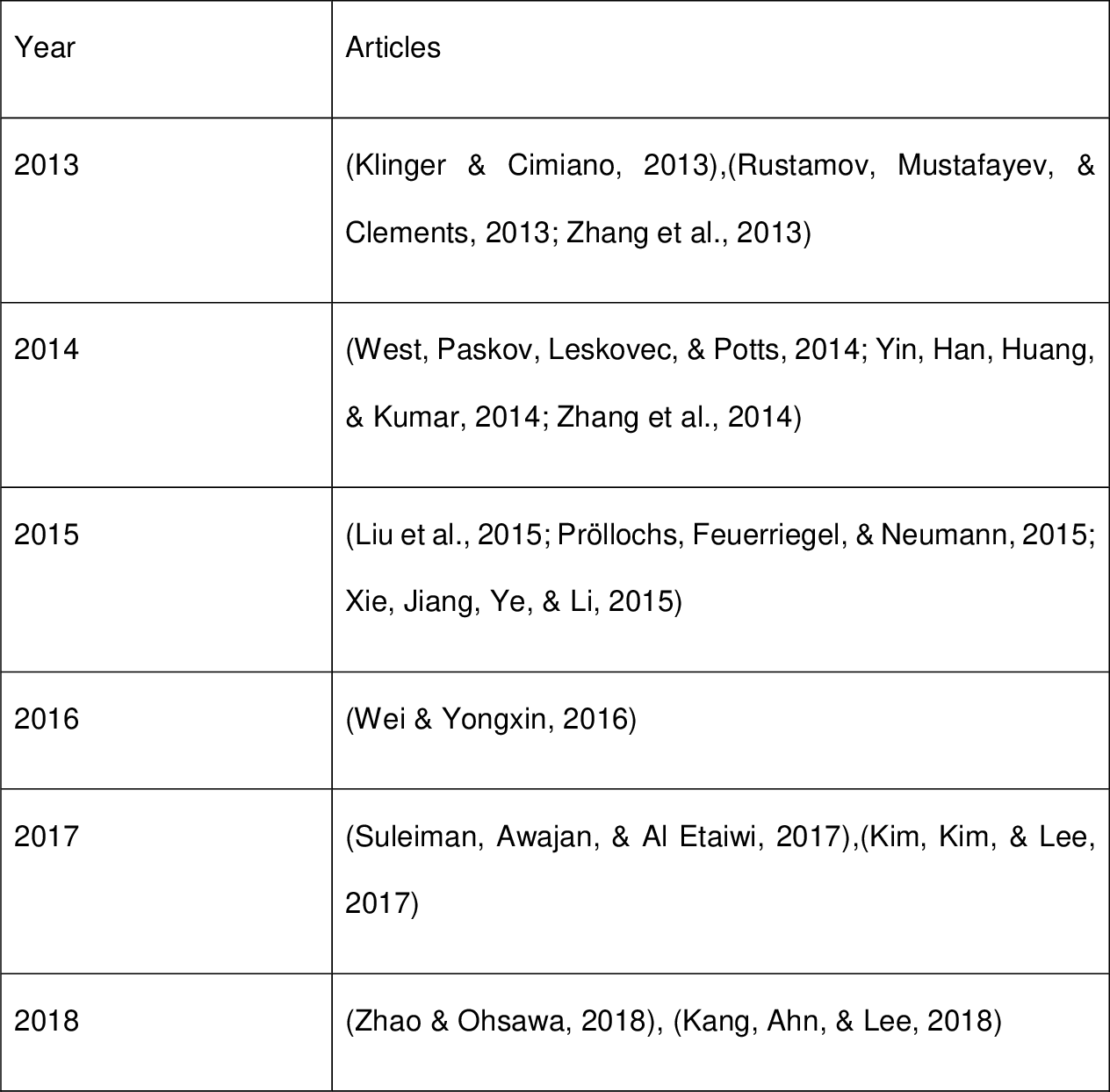 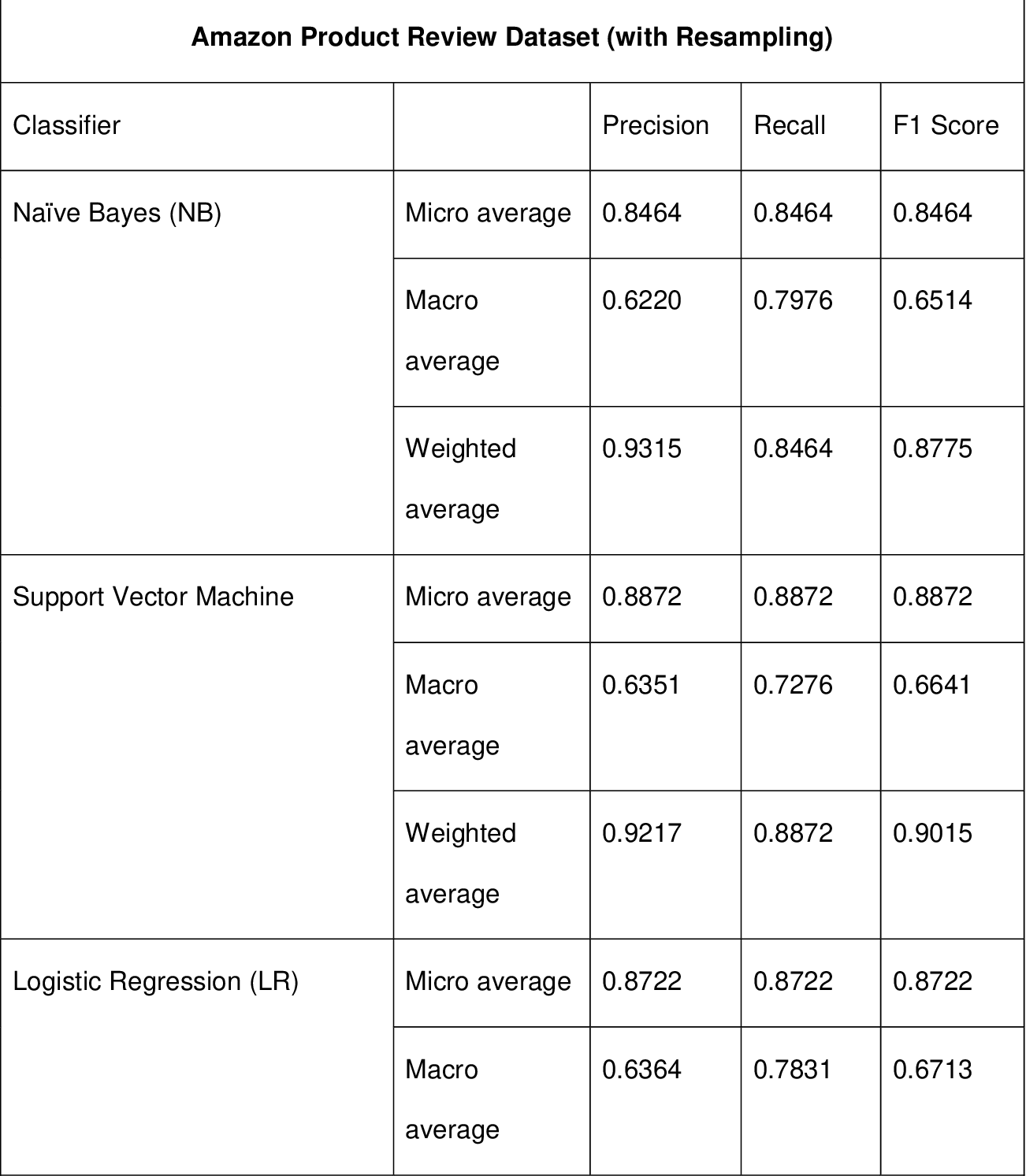 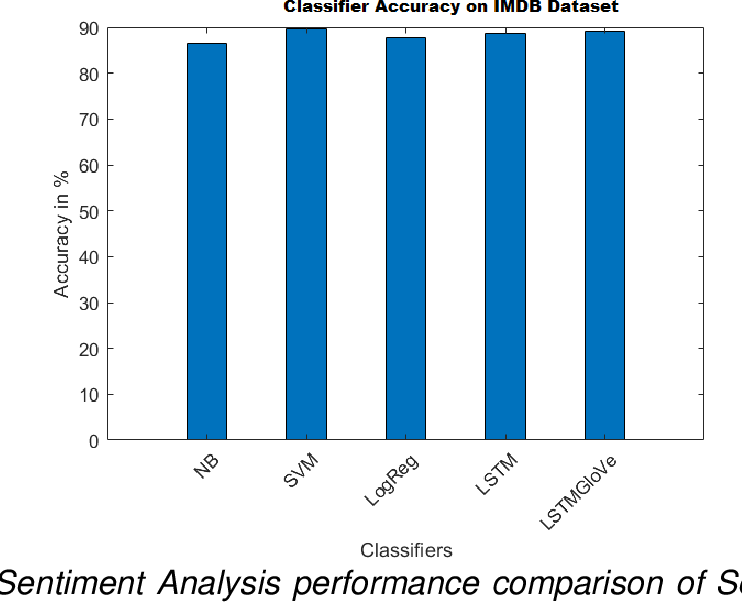 Sentiment Analysis is the task of classifying documents based on the sentiments expressed in textual form, this can be achieved by using lexical and semantic methods. The purpose of this study is to investigate the use of semantics to perform sentiment analysis based on probabilistic graphical models and recurrent neural networks. In the empirical evaluation, the classification performance of the graphical models was compared with some traditional machine learning classifiers and a recurrent neural network. The datasets used for the experiments were IMDB movie reviews, Amazon Consumer Product reviews, and Twitter Review datasets. After this empirical study, we conclude that the inclusion of semantics for sentiment analysis tasks can greatly improve the performance of a classifier, as the semantic feature extraction methods reduce uncertainties in classification resulting in more accurate predictions. 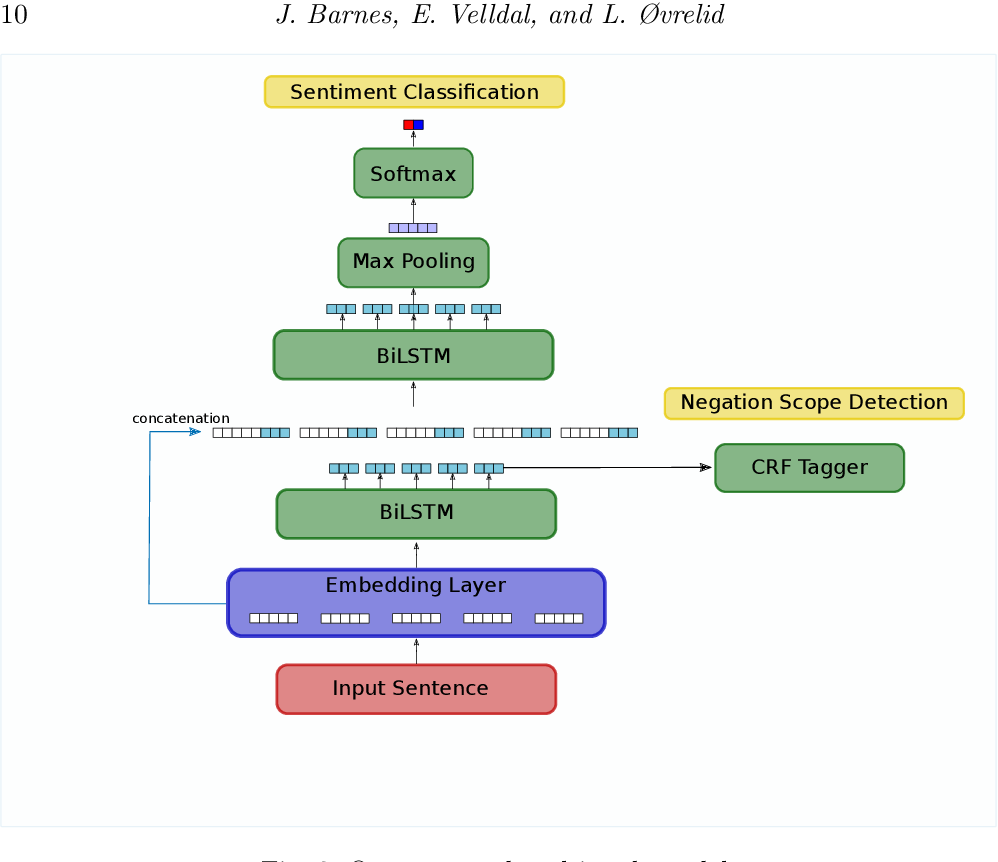 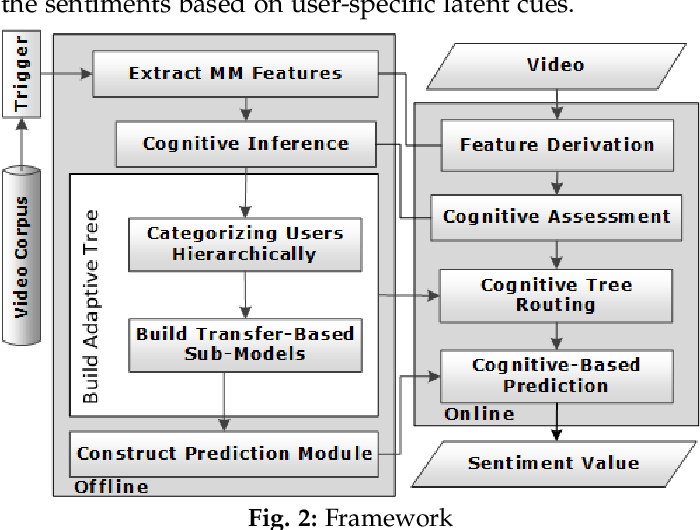 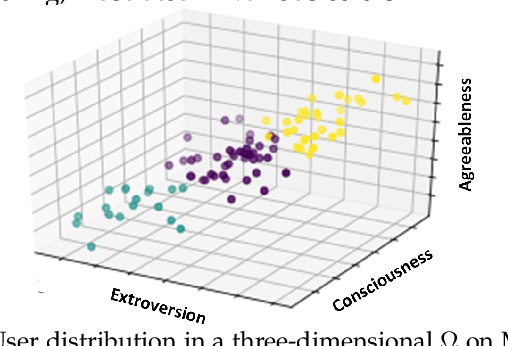