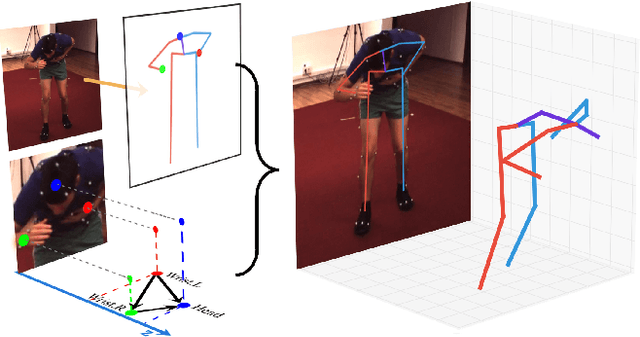 In this paper, we propose a two-stage depth ranking based method (DRPose3D) to tackle the problem of 3D human pose estimation. Instead of accurate 3D positions, the depth ranking can be identified by human intuitively and learned using the deep neural network more easily by solving classification problems. Moreover, depth ranking contains rich 3D information. It prevents the 2D-to-3D pose regression in two-stage methods from being ill-posed. In our method, firstly, we design a Pairwise Ranking Convolutional Neural Network (PRCNN) to extract depth rankings of human joints from images. Secondly, a coarse-to-fine 3D Pose Network(DPNet) is proposed to estimate 3D poses from both depth rankings and 2D human joint locations. Additionally, to improve the generality of our model, we introduce a statistical method to augment depth rankings. Our approach outperforms the state-of-the-art methods in the Human3.6M benchmark for all three testing protocols, indicating that depth ranking is an essential geometric feature which can be learned to improve the 3D pose estimation.