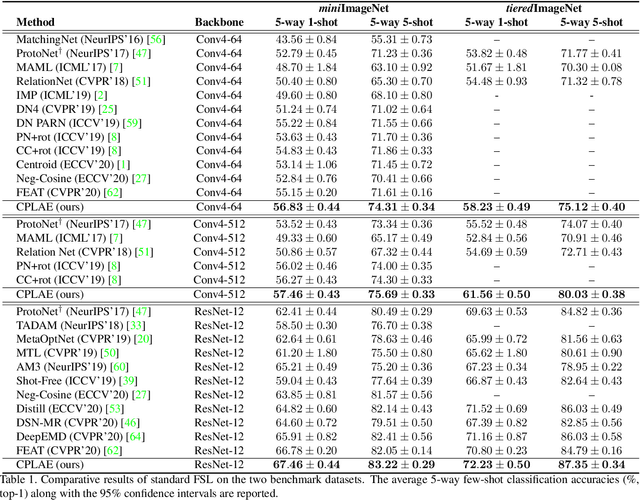 Most recent few-shot learning (FSL) methods are based on meta-learning with episodic training. In each meta-training episode, a discriminative feature embedding and/or classifier are first constructed from a support set in an inner loop, and then evaluated in an outer loop using a query set for model updating. This query set sample centered learning objective is however intrinsically limited in addressing the lack of training data problem in the support set. In this paper, a novel contrastive prototype learning with augmented embeddings (CPLAE) model is proposed to overcome this limitation. First, data augmentations are introduced to both the support and query sets with each sample now being represented as an augmented embedding (AE) composed of concatenated embeddings of both the original and augmented versions. Second, a novel support set class prototype centered contrastive loss is proposed for contrastive prototype learning (CPL). With a class prototype as an anchor, CPL aims to pull the query samples of the same class closer and those of different classes further away. This support set sample centered loss is highly complementary to the existing query centered loss, fully exploiting the limited training data in each episode. Extensive experiments on several benchmarks demonstrate that our proposed CPLAE achieves new state-of-the-art.