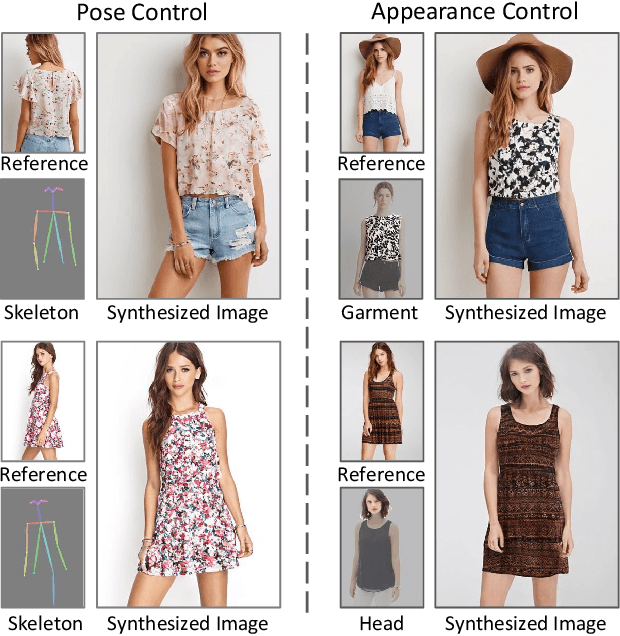 We deal with the controllable person image synthesis task which aims to re-render a human from a reference image with explicit control over body pose and appearance. Observing that person images are highly structured, we propose to generate desired images by extracting and distributing semantic entities of reference images. To achieve this goal, a neural texture extraction and distribution operation based on double attention is described. This operation first extracts semantic neural textures from reference feature maps. Then, it distributes the extracted neural textures according to the spatial distributions learned from target poses. Our model is trained to predict human images in arbitrary poses, which encourages it to extract disentangled and expressive neural textures representing the appearance of different semantic entities. The disentangled representation further enables explicit appearance control. Neural textures of different reference images can be fused to control the appearance of the interested areas. Experimental comparisons show the superiority of the proposed model. Code is available at https://github.com/RenYurui/Neural-Texture-Extraction-Distribution.