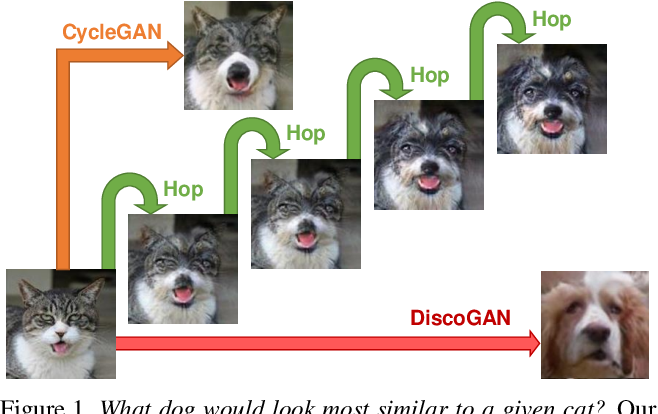 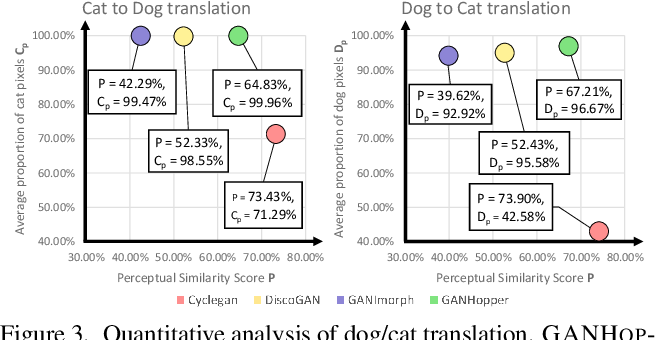 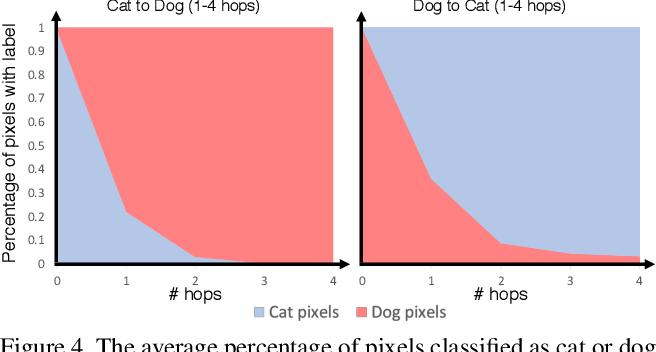 We introduce GANHOPPER, an unsupervised image-to-image translation network that transforms images gradually between two domains, through multiple hops. Instead of executing translation directly, we steer the translation by requiring the network to produce in-between images which resemble weighted hybrids between images from the two in-put domains. Our network is trained on unpaired images from the two domains only, without any in-between images.All hops are produced using a single generator along each direction. In addition to the standard cycle-consistency and adversarial losses, we introduce a new hybrid discrimina-tor, which is trained to classify the intermediate images produced by the generator as weighted hybrids, with weights based on a predetermined hop count. We also introduce a smoothness term to constrain the magnitude of each hop,further regularizing the translation. Compared to previous methods, GANHOPPER excels at image translations involving domain-specific image features and geometric variations while also preserving non-domain-specific features such as backgrounds and general color schemes.