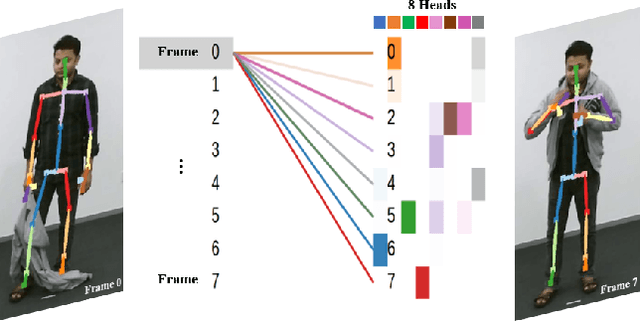 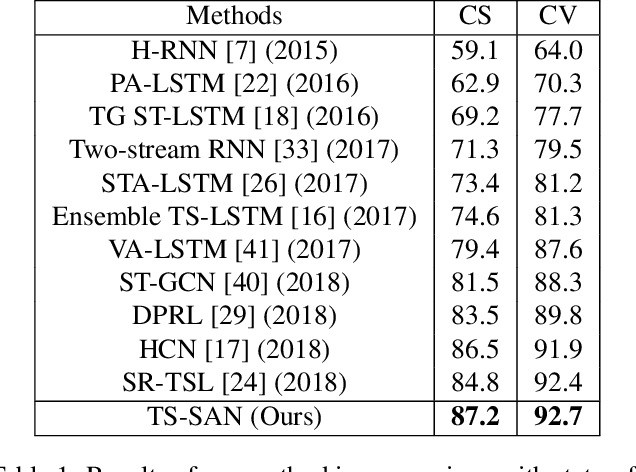 Skeleton-based action recognition has recently attracted a lot of attention. Researchers are coming up with new approaches for extracting spatio-temporal relations and making considerable progress on large-scale skeleton-based datasets. Most of the architectures being proposed are based upon recurrent neural networks (RNNs), convolutional neural networks (CNNs) and graph-based CNNs. When it comes to skeleton-based action recognition, the importance of long term contextual information is central which is not captured by the current architectures. In order to come up with a better representation and capturing of long term spatio-temporal relationships, we propose three variants of Self-Attention Network (SAN), namely, SAN-V1, SAN-V2 and SAN-V3. Our SAN variants has the impressive capability of extracting high-level semantics by capturing long-range correlations. We have also integrated the Temporal Segment Network (TSN) with our SAN variants which resulted in improved overall performance. Different configurations of Self-Attention Network (SAN) variants and Temporal Segment Network (TSN) are explored with extensive experiments. Our chosen configuration outperforms state-of-the-art Top-1 and Top-5 by 4.4% and 7.9% respectively on Kinetics and shows consistently better performance than state-of-the-art methods on NTU RGB+D.