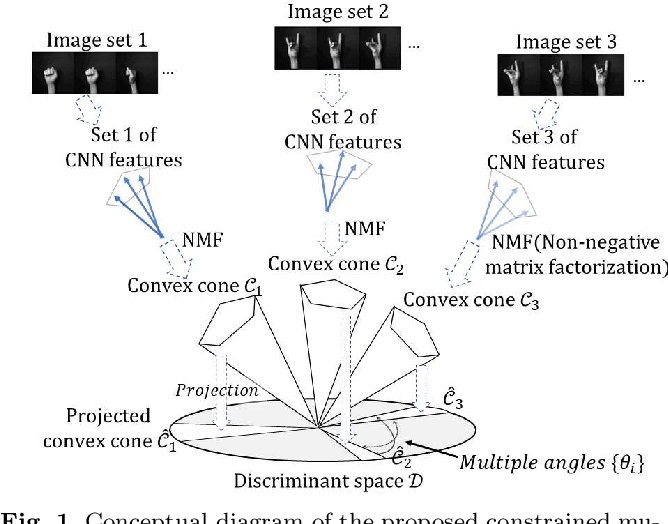 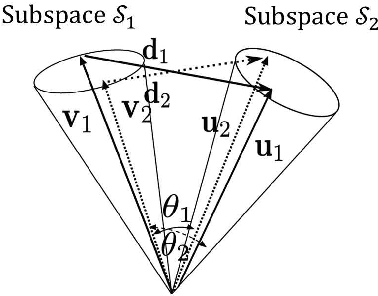 In this paper, we propose a method for image-set classification based on convex cone models. Image set classification aims to classify a set of images, which were usually obtained from video frames or multi-view cameras, into a target object. To accurately and stably classify a set, it is essential to represent structural information of the set accurately. There are various representative image features, such as histogram based features, HLAC, and Convolutional Neural Network (CNN) features. We should note that most of them have non-negativity and thus can be effectively represented by a convex cone. This leads us to introduce the convex cone representation to image-set classification. To establish a convex cone based framework, we mathematically define multiple angles between two convex cones, and then define the geometric similarity between the cones using the angles. Moreover, to enhance the framework, we introduce a discriminant space that maximizes the between-class variance (gaps) and minimizes the within-class variance of the projected convex cones onto the discriminant space, similar to the Fisher discriminant analysis. Finally, the classification is performed based on the similarity between projected convex cones. The effectiveness of the proposed method is demonstrated experimentally by using five databases: CMU PIE dataset, ETH-80, CMU Motion of Body dataset, Youtube Celebrity dataset, and a private database of multi-view hand shapes.