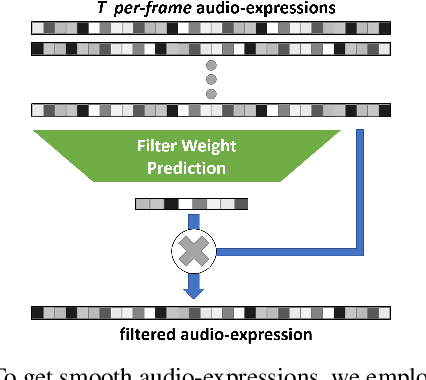 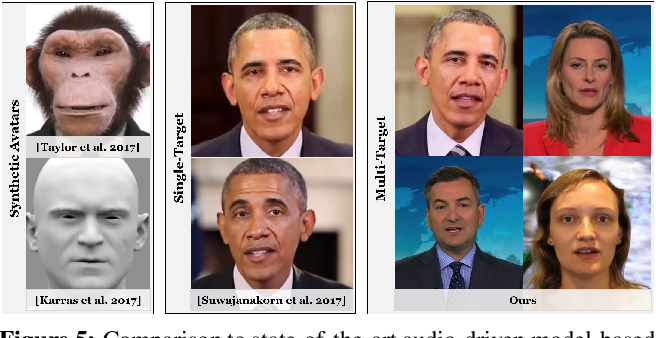 We present Neural Voice Puppetry, a novel approach for audio-driven facial video synthesis. Given an audio sequence of a source person or digital assistant, we generate a photo-realistic output video of a target person that is in sync with the audio of the source input. This audio-driven facial reenactment is driven by a deep neural network that employs a latent 3D face model space. Through the underlying 3D representation, the model inherently learns temporal stability while we leverage neural rendering to generate photo-realistic output frames. Our approach generalizes across different people, allowing us to synthesize videos of a target actor with the voice of any unknown source actor or even synthetic voices that can be generated utilizing standard text-to-speech approaches. Neural Voice Puppetry has a variety of use-cases, including audio-driven video avatars, video dubbing, and text-driven video synthesis of a talking head. We demonstrate the capabilities of our method in a series of audio- and text-based puppetry examples. Our method is not only more general than existing works since we are generic to the input person, but we also show superior visual and lip sync quality compared to photo-realistic audio- and video-driven reenactment techniques. 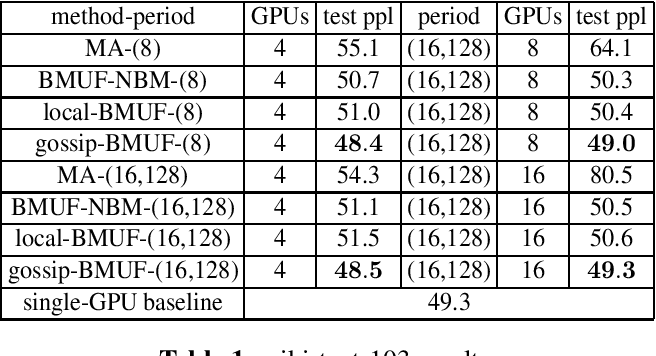 LSTM language model is an essential component of industrial ASR systems. One important challenge of training an LSTM language model is how to scale out the learning process to leverage big data. Conventional approach such as block momentum provides a blockwise model update filtering (BMUF) process to stabilize the learning process, and achieves almost linear speedups with no degradation for speech recognition with DNNs and LSTMs. However, it needs to calculate the global average of all nodes and when the number of computing nodes is large, the communication latency is a big problem. For this reason, BMUF is not suitable under restricted network conditions. In this paper, we present a decentralized BMUF process, in which the model is split into different components, and each component is updated by communicating to some randomly chosen neighbor nodes with the same component, followed by a BMUF-like process. We apply this method to several LSTM language modeling tasks. Experimental results show that our approach achieves consistently better performance than the conventional BMUF. In particular, we obtain a lower perplexity than the single-GPU baseline on the wiki-text-103 benchmark using 4 GPUs. In addition, no performance degradation is incurred when scaling to 8 and 16 GPUs. Last but not least, our approach has a much simpler network topology than the centralized topology with a superior performance.

In the wake of the success of convolutional neural networks in image classification, object recognition, speech recognition, etc., the demand for deploying these compute-intensive ML models on embedded and mobile systems with tight power and energy constraints at low cost, as well as for boosting throughput in data centers, is growing rapidly. This has sparked a surge of research into specialized hardware accelerators. Their performance is typically limited by I/O bandwidth, power consumption is dominated by I/O transfers to off-chip memory, and on-chip memories occupy a large part of the silicon area. We introduce and evaluate a novel, hardware-friendly and lossless compression scheme for the feature maps present within convolutional neural networks. Its hardware implementation fits into 2.8 kGE and 1.7 kGE of silicon area for the compressor and decompressor, respectively. We show that an average compression ratio of 5.1x for AlexNet, 4x for VGG-16, 2.4x for ResNet-34 and 2.2x for MobileNetV2 can be achieved---a gain of 45--70% over existing methods. Our approach also works effectively for various number formats, has a low frame-to-frame variance on the compression ratio, and achieves compression factors for gradient map compression during training that are even better than for inference. 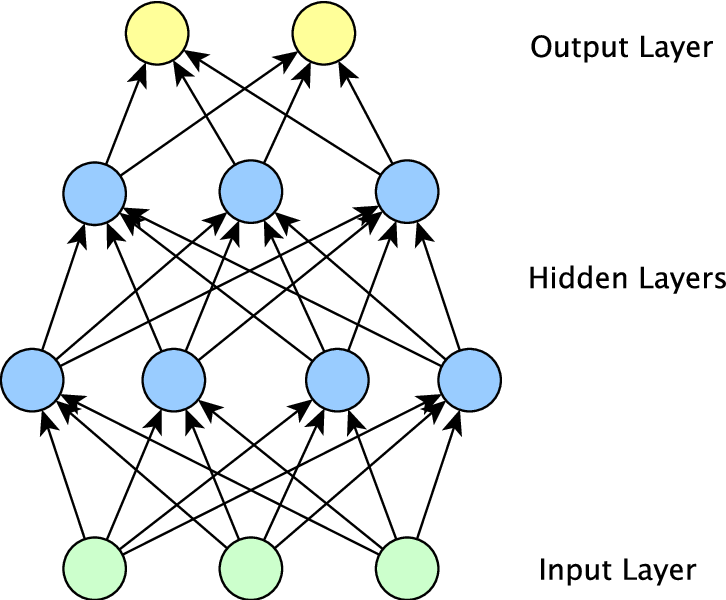 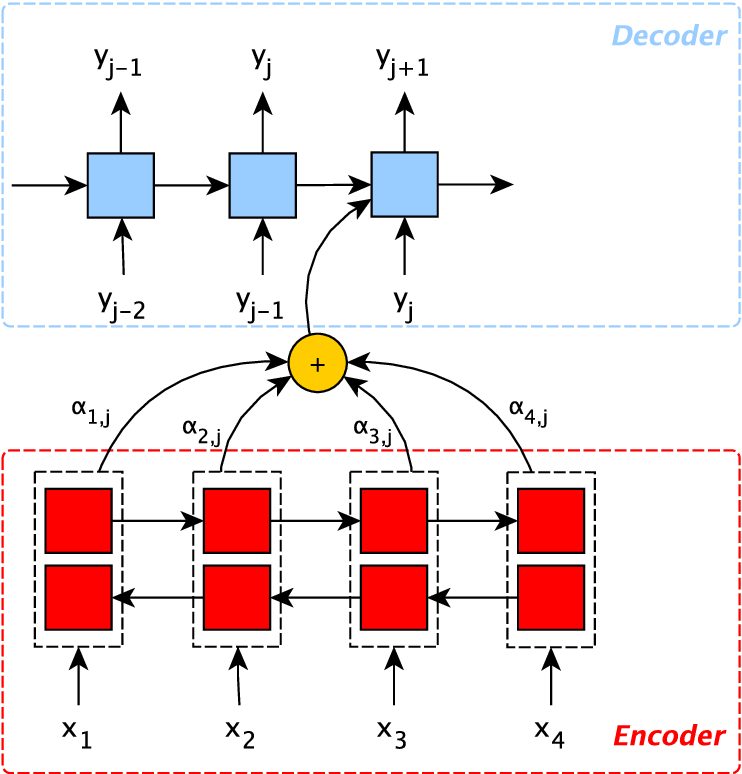 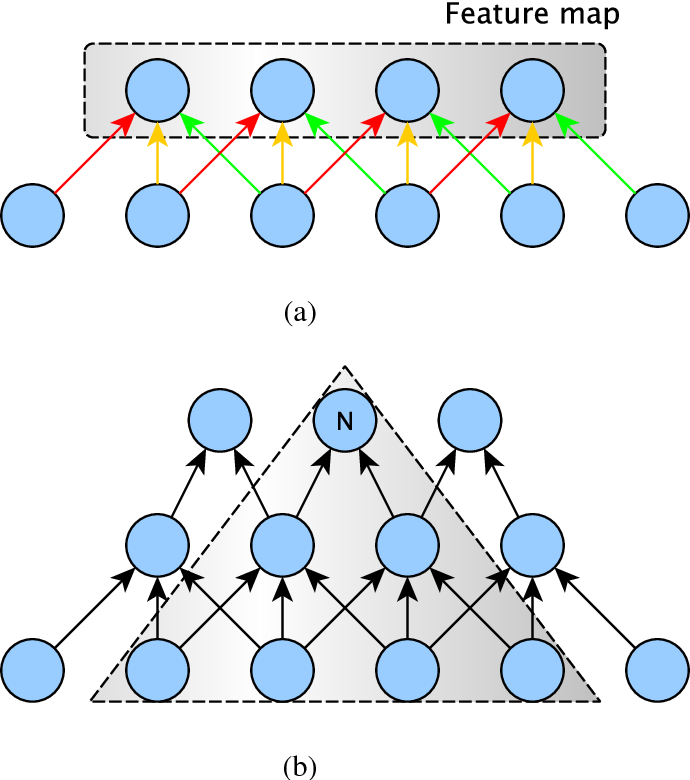 In Natural Language Processing (NLP), it is important to detect the relationship between two sequences or to generate a sequence of tokens given another observed sequence. We call the type of problems on modelling sequence pairs as sequence to sequence (seq2seq) mapping problems. A lot of research has been devoted to finding ways of tackling these problems, with traditional approaches relying on a combination of hand-crafted features, alignment models, segmentation heuristics, and external linguistic resources. Although great progress has been made, these traditional approaches suffer from various drawbacks, such as complicated pipeline, laborious feature engineering, and the difficulty for domain adaptation. Recently, neural networks emerged as a promising solution to many problems in NLP, speech recognition, and computer vision. Neural models are powerful because they can be trained end to end, generalise well to unseen examples, and the same framework can be easily adapted to a new domain. The aim of this thesis is to advance the state-of-the-art in seq2seq mapping problems with neural networks. We explore solutions from three major aspects: investigating neural models for representing sequences, modelling interactions between sequences, and using unpaired data to boost the performance of neural models. For each aspect, we propose novel models and evaluate their efficacy on various tasks of seq2seq mapping. 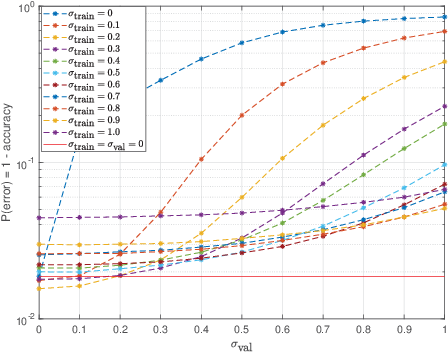 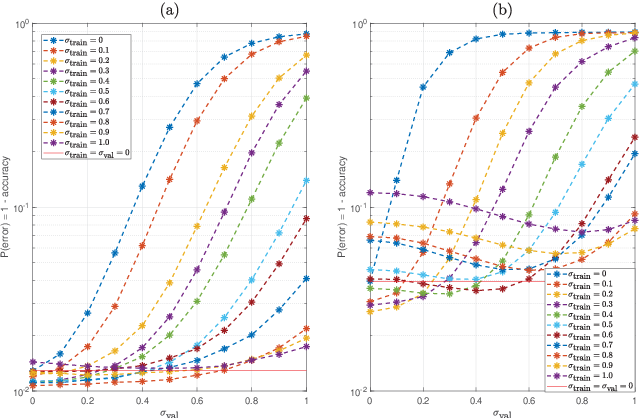 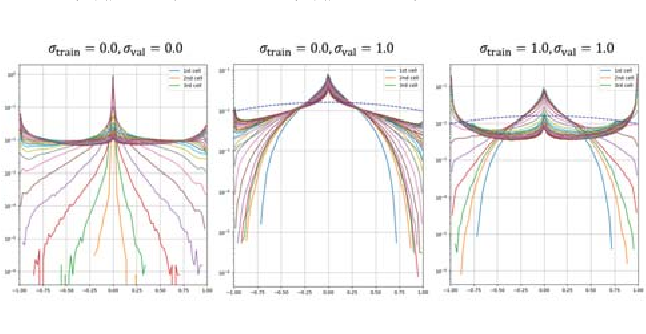 We explore the robustness of recurrent neural networks when the computations within the network are noisy. One of the motivations for looking into this problem is to reduce the high power cost of conventional computing of neural network operations through the use of analog neuromorphic circuits. Traditional GPU/CPU-centered deep learning architectures exhibit bottlenecks in power-restricted applications, such as speech recognition in embedded systems. The use of specialized neuromorphic circuits, where analog signals passed through memory-cell arrays are sensed to accomplish matrix-vector multiplications, promises large power savings and speed gains but brings with it the problems of limited precision of computations and unavoidable analog noise. In this paper we propose a method, called {\em Deep Noise Injection training}, to train RNNs to obtain a set of weights/biases that is much more robust against noisy computation during inference. We explore several RNN architectures, such as vanilla RNN and long-short-term memories (LSTM), and show that after convergence of Deep Noise Injection training the set of trained weights/biases has more consistent performance over a wide range of noise powers entering the network during inference. Surprisingly, we find that Deep Noise Injection training improves overall performance of some networks even for numerically accurate inference. 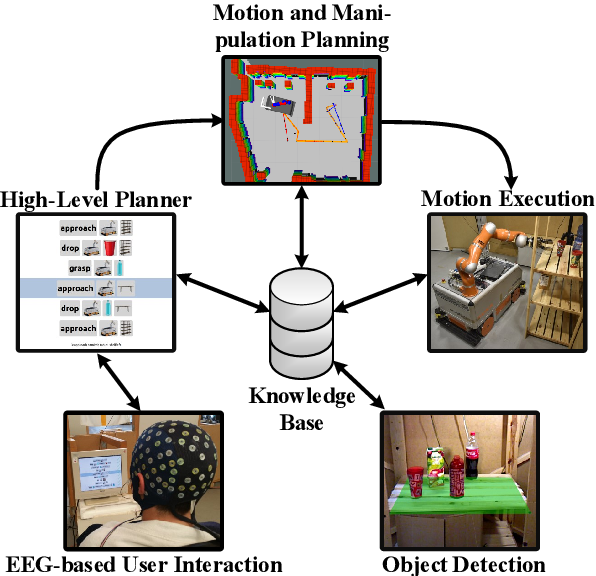 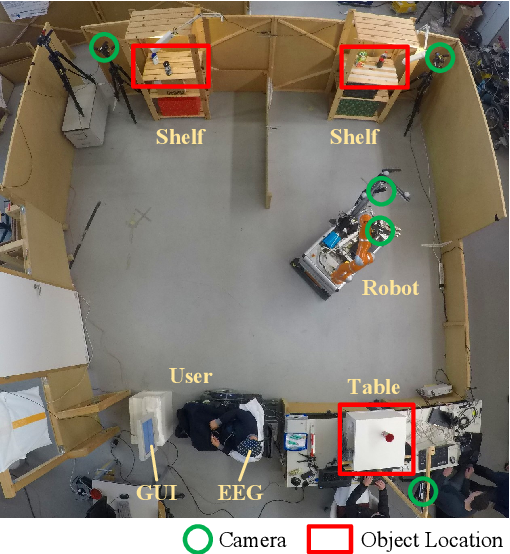 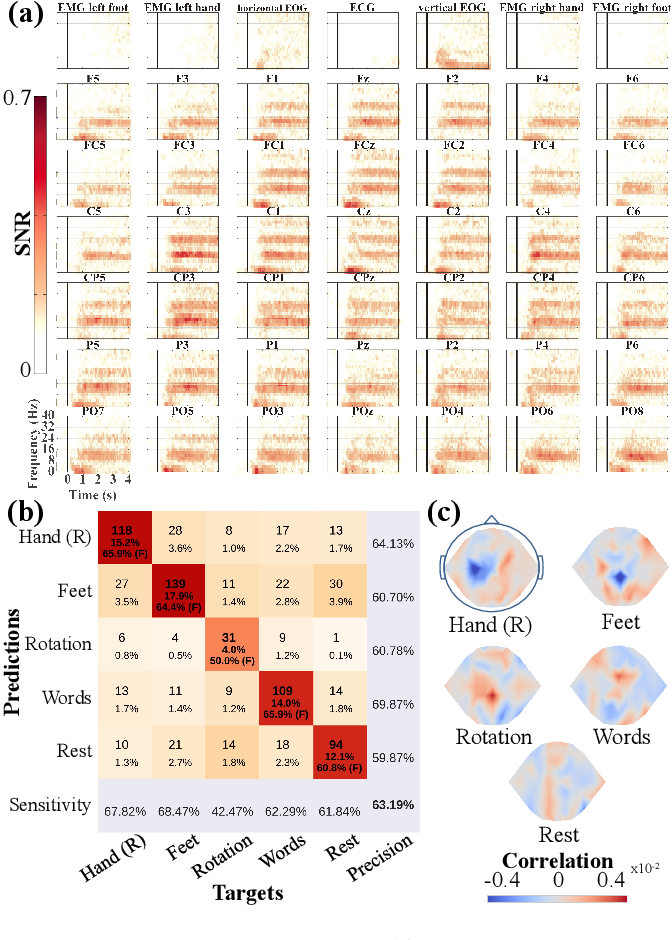 As autonomous service robots become more affordable and thus available also for the general public, there is a growing need for user friendly interfaces to control the robotic system. Currently available control modalities typically expect users to be able to express their desire through either touch, speech or gesture commands. While this requirement is fulfilled for the majority of users, paralyzed users may not be able to use such systems. In this paper, we present a novel framework, that allows these users to interact with a robotic service assistant in a closed-loop fashion, using only thoughts. The brain-computer interface (BCI) system is composed of several interacting components, i.e., non-invasive neuronal signal recording and decoding, high-level task planning, motion and manipulation planning as well as environment perception. In various experiments, we demonstrate its applicability and robustness in real world scenarios, considering fetch-and-carry tasks and tasks involving human-robot interaction. As our results demonstrate, our system is capable of adapting to frequent changes in the environment and reliably completing given tasks within a reasonable amount of time. Combined with high-level planning and autonomous robotic systems, interesting new perspectives open up for non-invasive BCI-based human-robot interactions. 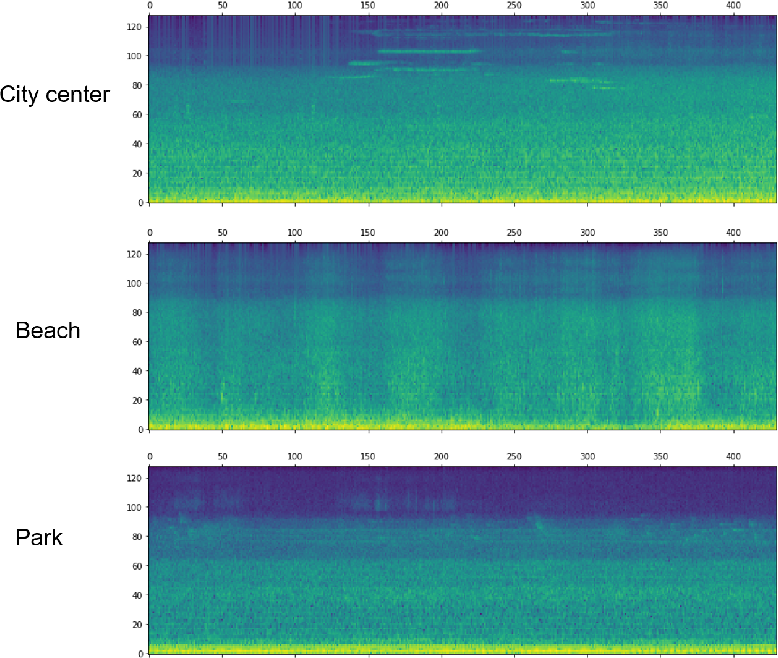 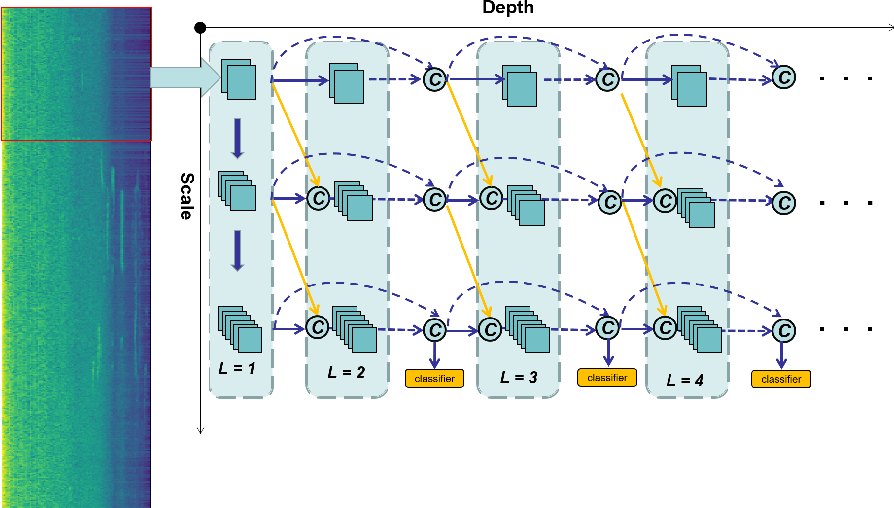 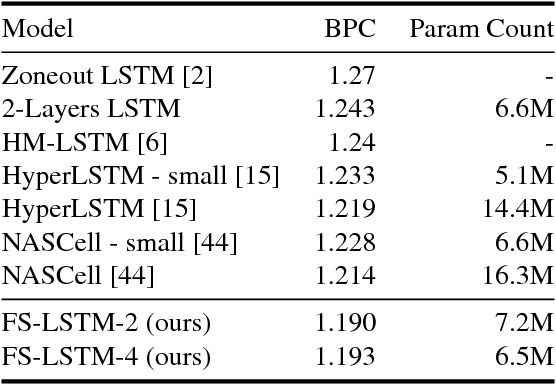 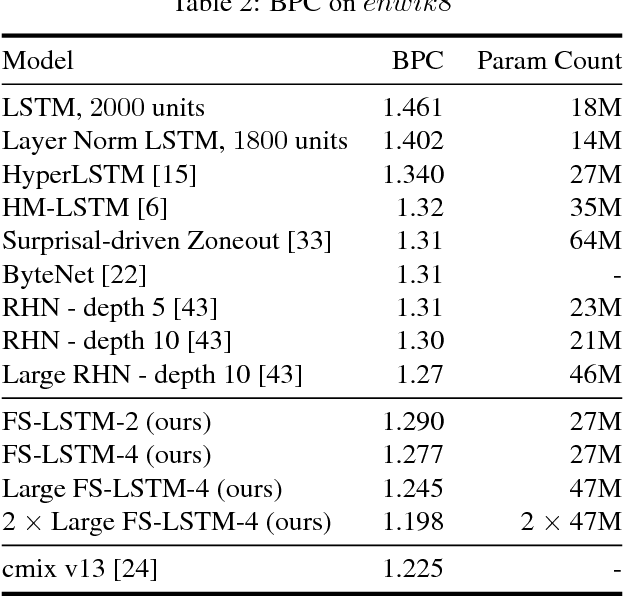 Processing sequential data of variable length is a major challenge in a wide range of applications, such as speech recognition, language modeling, generative image modeling and machine translation. Here, we address this challenge by proposing a novel recurrent neural network (RNN) architecture, the Fast-Slow RNN (FS-RNN). The FS-RNN incorporates the strengths of both multiscale RNNs and deep transition RNNs as it processes sequential data on different timescales and learns complex transition functions from one time step to the next. We evaluate the FS-RNN on two character level language modeling data sets, Penn Treebank and Hutter Prize Wikipedia, where we improve state of the art results to $1.19$ and $1.25$ bits-per-character (BPC), respectively. In addition, an ensemble of two FS-RNNs achieves $1.20$ BPC on Hutter Prize Wikipedia outperforming the best known compression algorithm with respect to the BPC measure. We also present an empirical investigation of the learning and network dynamics of the FS-RNN, which explains the improved performance compared to other RNN architectures. Our approach is general as any kind of RNN cell is a possible building block for the FS-RNN architecture, and thus can be flexibly applied to different tasks.

Growing interest in automatic speaker verification (ASV)systems has lead to significant quality improvement of spoofing attackson them. Many research works confirm that despite the low equal er-ror rate (EER) ASV systems are still vulnerable to spoofing attacks. Inthis work we overview different acoustic feature spaces and classifiersto determine reliable and robust countermeasures against spoofing at-tacks. We compared several spoofing detection systems, presented so far,on the development and evaluation datasets of the Automatic SpeakerVerification Spoofing and Countermeasures (ASVspoof) Challenge 2015.Experimental results presented in this paper demonstrate that the useof magnitude and phase information combination provides a substantialinput into the efficiency of the spoofing detection systems. Also wavelet-based features show impressive results in terms of equal error rate. Inour overview we compare spoofing performance for systems based on dif-ferent classifiers. Comparison results demonstrate that the linear SVMclassifier outperforms the conventional GMM approach. However, manyresearchers inspired by the great success of deep neural networks (DNN)approaches in the automatic speech recognition, applied DNN in thespoofing detection task and obtained quite low EER for known and un-known type of spoofing attacks. 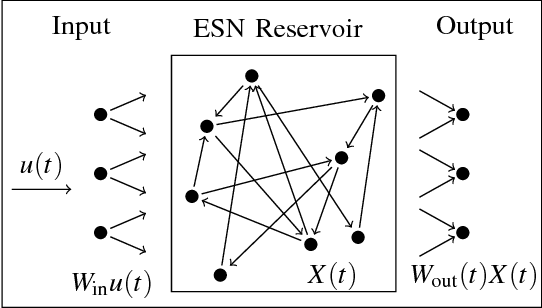 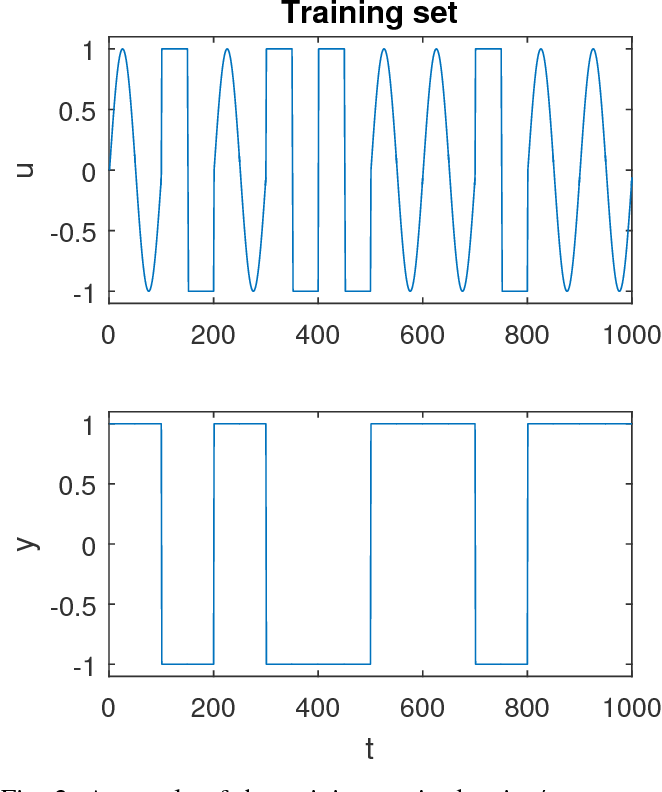 Echo state networks are a recently developed type of recurrent neural network where the internal layer is fixed with random weights, and only the output layer is trained on specific data. Echo state networks are increasingly being used to process spatiotemporal data in real-world settings, including speech recognition, event detection, and robot control. A strength of echo state networks is the simple method used to train the output layer - typically a collection of linear readout weights found using a least squares approach. Although straightforward to train and having a low computational cost to use, this method may not yield acceptable accuracy performance on noisy data. This study compares the performance of three echo state network output layer methods to perform classification on noisy data: using trained linear weights, using sparse trained linear weights, and using trained low-rank approximations of reservoir states. The methods are investigated experimentally on both synthetic and natural datasets. The experiments suggest that using regularized least squares to train linear output weights is superior on data with low noise, but using the low-rank approximations may significantly improve accuracy on datasets contaminated with higher noise levels.