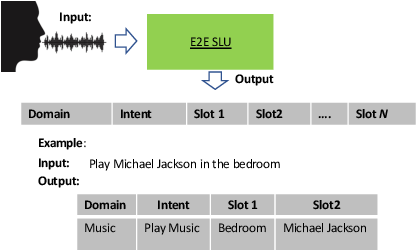 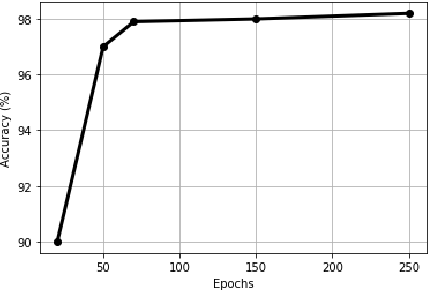 Spoken language understanding (SLU) refers to the process of inferring the semantic information from audio signals. While the neural transformers consistently deliver the best performance among the state-of-the-art neural architectures in field of natural language processing (NLP), their merits in a closely related field, i.e., spoken language understanding (SLU) have not beed investigated. In this paper, we introduce an end-to-end neural transformer-based SLU model that can predict the variable-length domain, intent, and slots vectors embedded in an audio signal with no intermediate token prediction architecture. This new architecture leverages the self-attention mechanism by which the audio signal is transformed to various sub-subspaces allowing to extract the semantic context implied by an utterance. Our end-to-end transformer SLU predicts the domains, intents and slots in the Fluent Speech Commands dataset with accuracy equal to 98.1 \%, 99.6 \%, and 99.6 \%, respectively and outperforms the SLU models that leverage a combination of recurrent and convolutional neural networks by 1.4 \% while the size of our model is 25\% smaller than that of these architectures. Additionally, due to independent sub-space projections in the self-attention layer, the model is highly parallelizable which makes it a good candidate for on-device SLU. 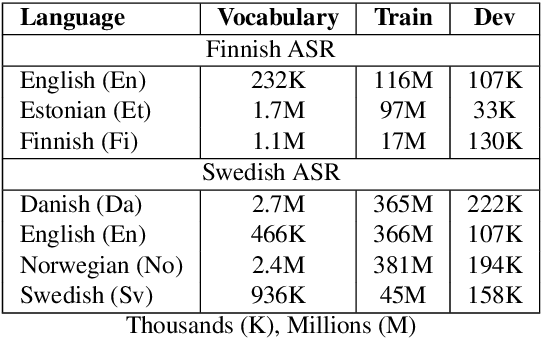 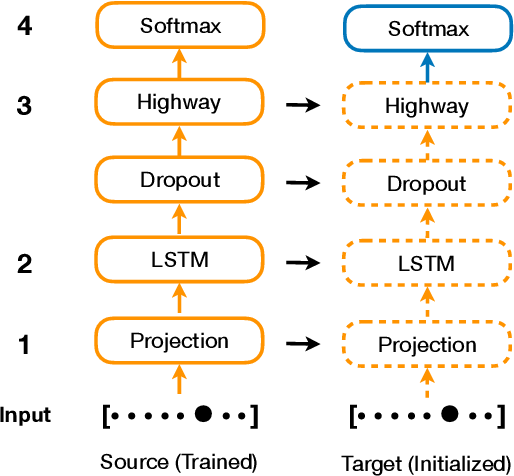 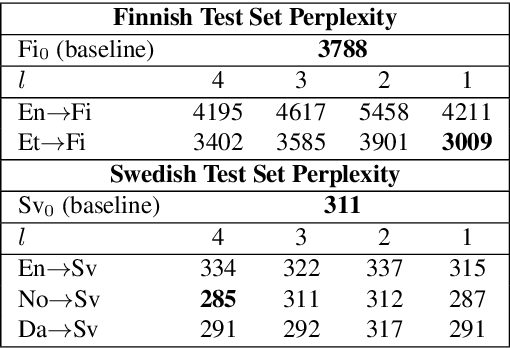 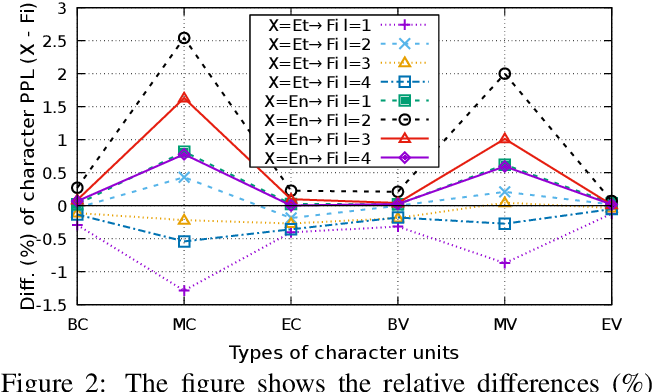 Self-supervised learning can significantly improve the performance of downstream tasks, however, the dimensions of learned representations normally lack explicit physical meanings. In this work, we propose a novel self-supervised approach to solve inverse problems by employing the corresponding physical forward process so that the learned representations can have explicit physical meanings. The proposed approach works in an analysis-by-synthesis manner to learn an inference network by iteratively sampling and training. At the sampling step, given observed data, the inference network is used to approximate the intractable posterior, from which we sample input parameters and feed them to a physical process to generate data in the observational space; At the training step, the same network is optimized with the sampled paired data. We prove the feasibility of the proposed method by tackling the acoustic-to-articulatory inversion problem to infer articulatory information from speech. Given an articulatory synthesizer, an inference model can be trained completely from scratch with random initialization. Our experiments demonstrate that the proposed method can converge steadily and the network learns to control the articulatory synthesizer to speak like a human. We also demonstrate that trained models can generalize well to unseen speakers or even new languages, and performance can be further improved through self-adaptation. 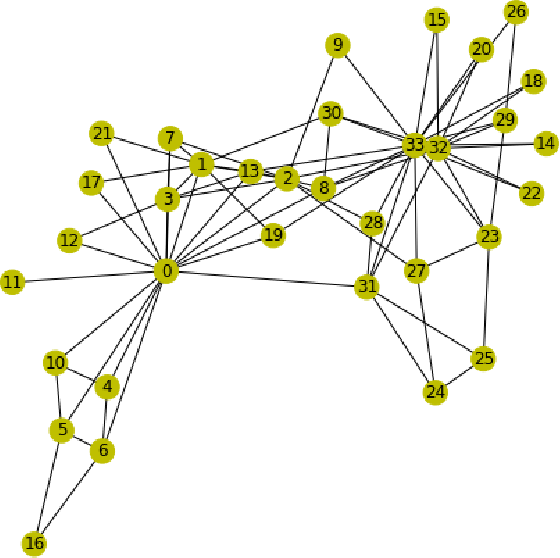 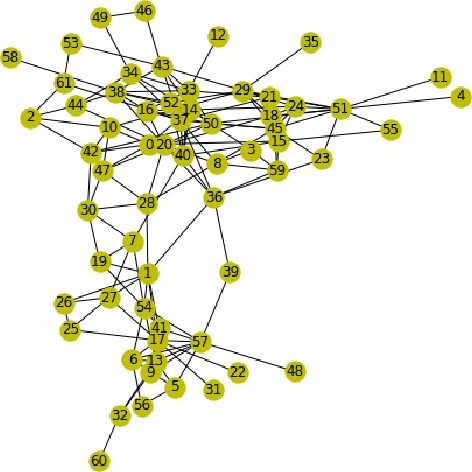 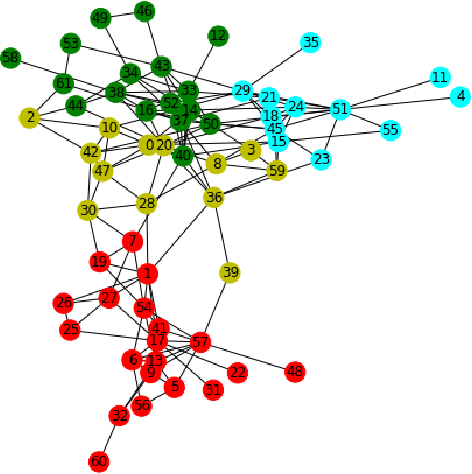 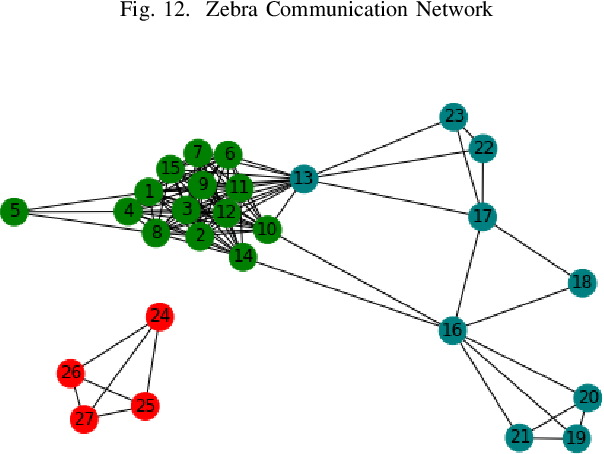 Recently, in many systems such as speech recognition and visual processing, deep learning has been widely implemented. In this research, we are exploring the possibility of using deep learning in community detection among the graph datasets. Graphs have gained growing traction in different fields, including social networks, information graphs, the recommender system, and also life sciences. In this paper, we propose a method of community detection clustering the nodes of various graph datasets. We cluster different category datasets that belong to Affiliation networks, Animal networks, Human contact networks, Human social networks, Miscellaneous networks. The deep learning role in modeling the interaction between nodes in a network allows a revolution in the field of science relevant to graph network analysis. In this paper, we extend the gumbel softmax approach to graph network clustering. The experimental findings on specific graph datasets reveal that the new approach outperforms traditional clustering significantly, which strongly shows the efficacy of deep learning in graph community detection clustering. We do a series of experiments on our graph clustering algorithm, using various datasets: Zachary karate club, Highland Tribe, Train bombing, American Revolution, Dolphins, Zebra, Windsurfers, Les Mis\'erables, Political books. 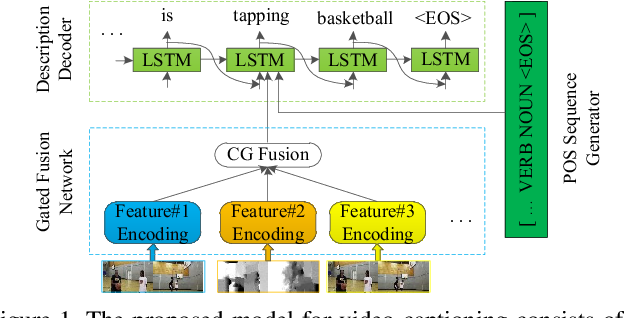 In this paper, we propose to guide the video caption generation with Part-of-Speech (POS) information, based on a gated fusion of multiple representations of input videos. We construct a novel gated fusion network, with one particularly designed cross-gating (CG) block, to effectively encode and fuse different types of representations, e.g., the motion and content features of an input video. One POS sequence generator relies on this fused representation to predict the global syntactic structure, which is thereafter leveraged to guide the video captioning generation and control the syntax of the generated sentence. Specifically, a gating strategy is proposed to dynamically and adaptively incorporate the global syntactic POS information into the decoder for generating each word. Experimental results on two benchmark datasets, namely MSR-VTT and MSVD, demonstrate that the proposed model can well exploit complementary information from multiple representations, resulting in improved performances. Moreover, the generated global POS information can well capture the global syntactic structure of the sentence, and thus be exploited to control the syntactic structure of the description. Such POS information not only boosts the video captioning performance but also improves the diversity of the generated captions. Our code is at: https://github.com/vsislab/Controllable_XGating.

Over the last few years deep artificial neural networks (DNNs) have very successfully been used in numerical simulations for a wide variety of computational problems including computer vision, image classification, speech recognition, natural language processing, as well as computational advertisement. In addition, it has recently been proposed to approximate solutions of partial differential equations (PDEs) by means of stochastic learning problems involving DNNs. There are now also a few rigorous mathematical results in the scientific literature which provide error estimates for such deep learning based approximation methods for PDEs. All of these articles provide spatial error estimates for neural network approximations for PDEs but do not provide error estimates for the entire space-time error for the considered neural network approximations. It is the subject of the main result of this article to provide space-time error estimates for DNN approximations of Euler approximations of certain perturbed differential equations. Our proof of this result is based (i) on a certain artificial neural network (ANN) calculus and (ii) on ANN approximation results for products of the form $[0,T]\times \mathbb{R}^d\ni (t,x)\mapsto tx\in \mathbb{R}^d$ where $T\in (0,\infty)$, $d\in \mathbb{N}$, which we both develop within this article. 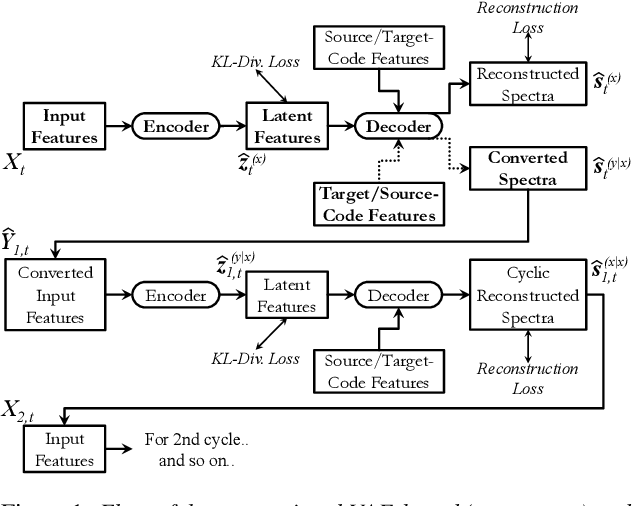 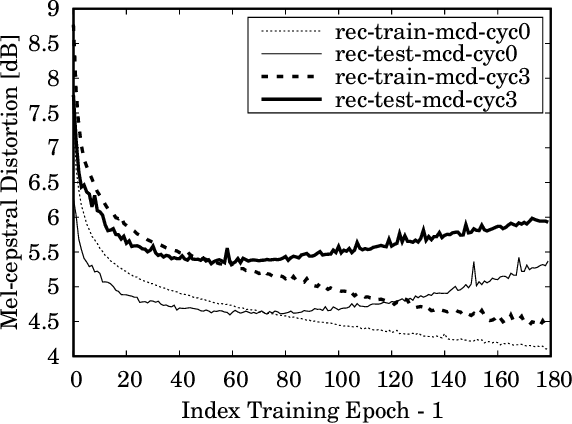 In this paper, we present a novel technique for a non-parallel voice conversion (VC) with the use of cyclic variational autoencoder (CycleVAE)-based spectral modeling. In a variational autoencoder(VAE) framework, a latent space, usually with a Gaussian prior, is used to encode a set of input features. In a VAE-based VC, the encoded latent features are fed into a decoder, along with speaker-coding features, to generate estimated spectra with either the original speaker identity (reconstructed) or another speaker identity (converted). Due to the non-parallel modeling condition, the converted spectra can not be directly optimized, which heavily degrades the performance of a VAE-based VC. In this work, to overcome this problem, we propose to use CycleVAE-based spectral model that indirectly optimizes the conversion flow by recycling the converted features back into the system to obtain corresponding cyclic reconstructed spectra that can be directly optimized. The cyclic flow can be continued by using the cyclic reconstructed features as input for the next cycle. The experimental results demonstrate the effectiveness of the proposed CycleVAE-based VC, which yields higher accuracy of converted spectra, generates latent features with higher correlation degree, and significantly improves the quality and conversion accuracy of the converted speech. 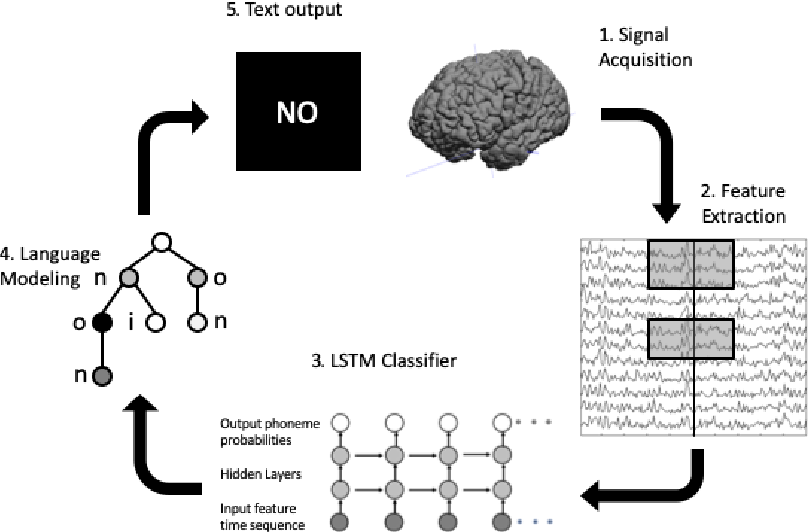 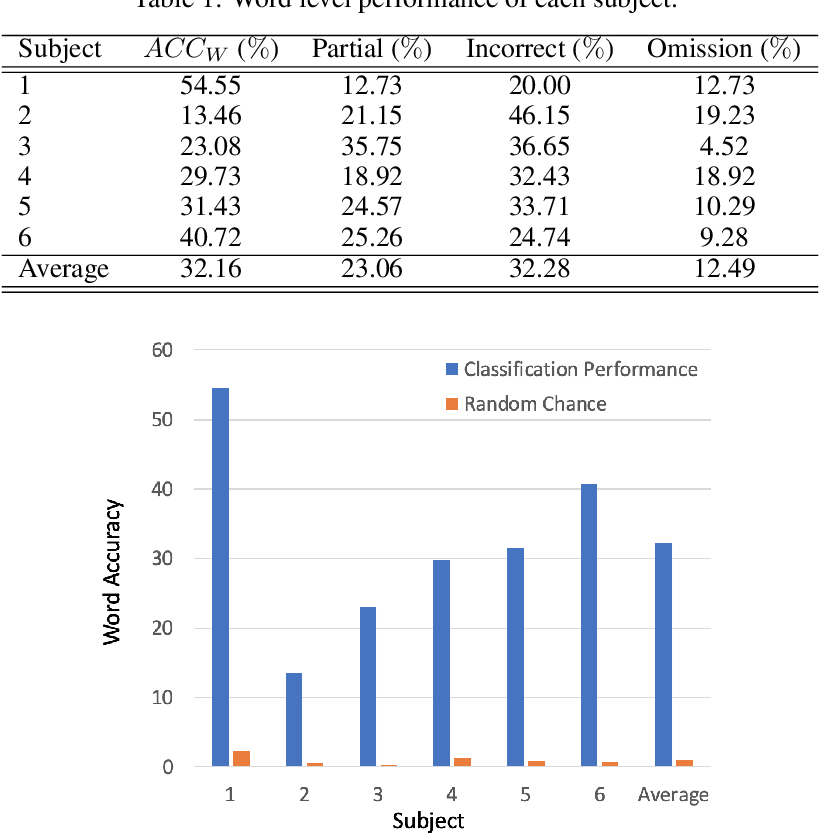 Brain-Computer Interfaces (BCI) help patients with faltering communication abilities due to neurodegenerative diseases produce text or speech output by direct neural processing. However, practical implementation of such a system has proven difficult due to limitations in speed, accuracy, and generalizability of the existing interfaces. To this end, we aim to create a BCI system that decodes text directly from neural signals. We implement a framework that initially isolates frequency bands in the input signal encapsulating differential information regarding production of various phonemic classes. These bands then form a feature set that feeds into an LSTM which discerns at each time point probability distributions across all phonemes uttered by a subject. Finally, these probabilities are fed into a particle filtering algorithm which incorporates prior knowledge of the English language to output text corresponding to the decoded word. Performance of this model on data obtained from six patients shows encouragingly high levels of accuracy at speeds and bit rates significantly higher than existing BCI communication systems. Further, in producing an output, our network abstains from constraining the reconstructed word to be from a given bag-of-words, unlike previous studies. The success of our proposed approach, offers promise for the employment of a BCI interface by patients in unfettered, naturalistic environments. 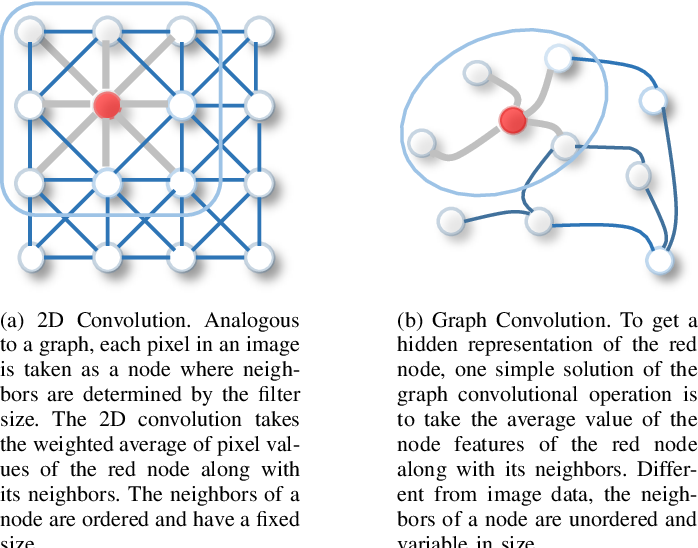 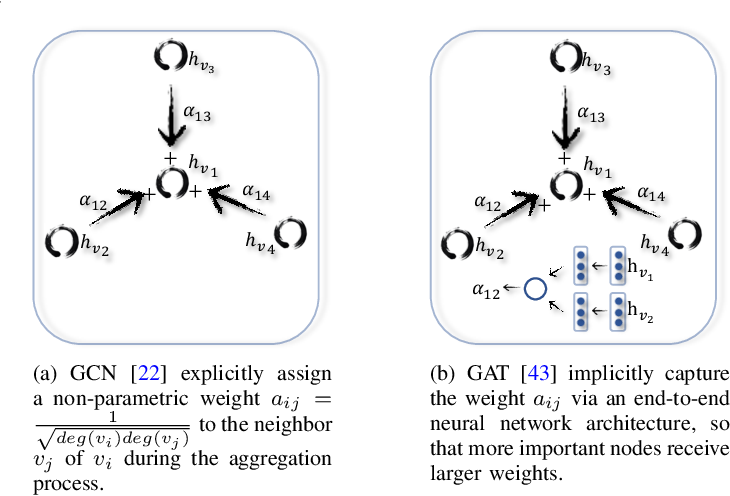 Deep learning has revolutionized many machine learning tasks in recent years, ranging from image classification and video processing to speech recognition and natural language understanding. The data in these tasks are typically represented in the Euclidean space. However, there is an increasing number of applications where data are generated from non-Euclidean domains and are represented as graphs with complex relationships and interdependency between objects. The complexity of graph data has imposed significant challenges on existing machine learning algorithms. Recently, many studies on extending deep learning approaches for graph data have emerged. In this survey, we provide a comprehensive overview of graph neural networks (GNNs) in data mining and machine learning fields. We propose a new taxonomy to divide the state-of-the-art graph neural networks into different categories. With a focus on graph convolutional networks, we review alternative architectures that have recently been developed; these learning paradigms include graph attention networks, graph autoencoders, graph generative networks, and graph spatial-temporal networks. We further discuss the applications of graph neural networks across various domains and summarize the open source codes and benchmarks of the existing algorithms on different learning tasks. Finally, we propose potential research directions in this fast-growing field. 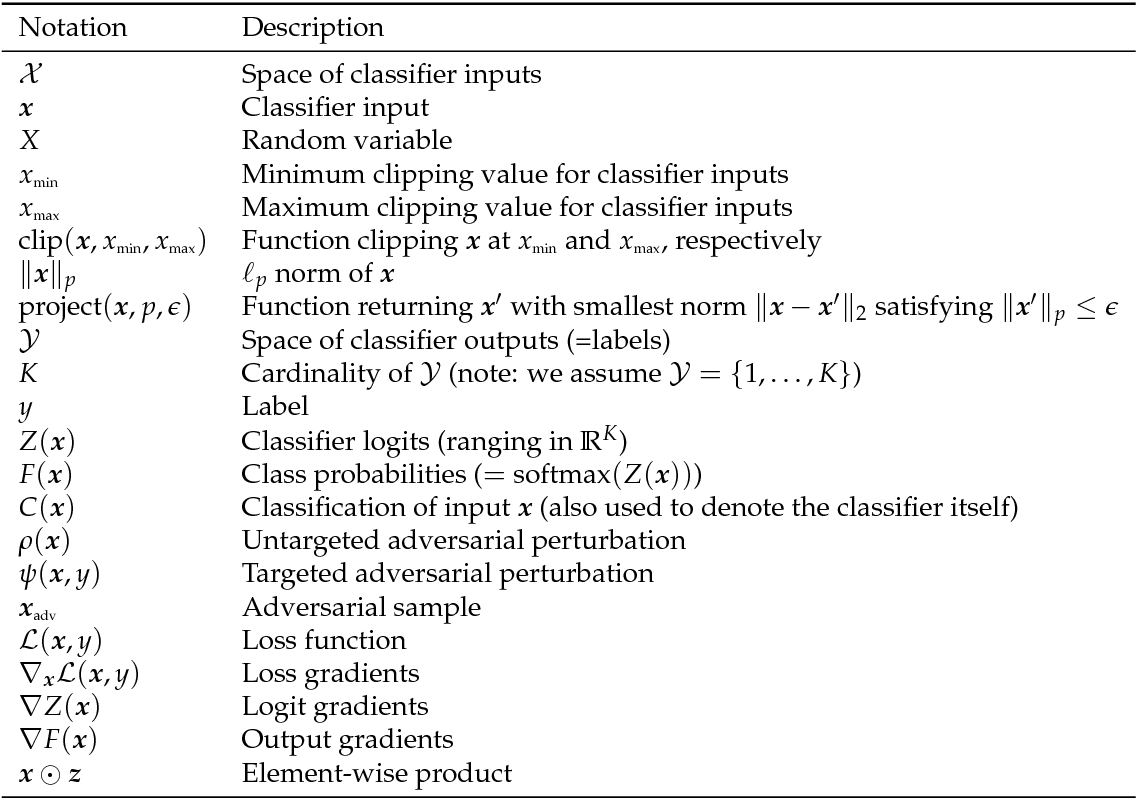 Adversarial examples have become an indisputable threat to the security of modern AI systems based on deep neural networks (DNNs). The Adversarial Robustness Toolbox (ART) is a Python library designed to support researchers and developers in creating novel defence techniques, as well as in deploying practical defences of real-world AI systems. Researchers can use ART to benchmark novel defences against the state-of-the-art. For developers, the library provides interfaces which support the composition of comprehensive defence systems using individual methods as building blocks. The Adversarial Robustness Toolbox supports machine learning models (and deep neural networks (DNNs) specifically) implemented in any of the most popular deep learning frameworks (TensorFlow, Keras, PyTorch and MXNet). Currently, the library is primarily intended to improve the adversarial robustness of visual recognition systems, however, future releases that will comprise adaptations to other data modes (such as speech, text or time series) are envisioned. The ART source code is released (https://github.com/IBM/adversarial-robustness-toolbox) under an MIT license. The release includes code examples and extensive documentation (http://adversarial-robustness-toolbox.readthedocs.io) to help researchers and developers get quickly started.