The Unreasonable Effectiveness of Deep Learning in Artificial Intelligence 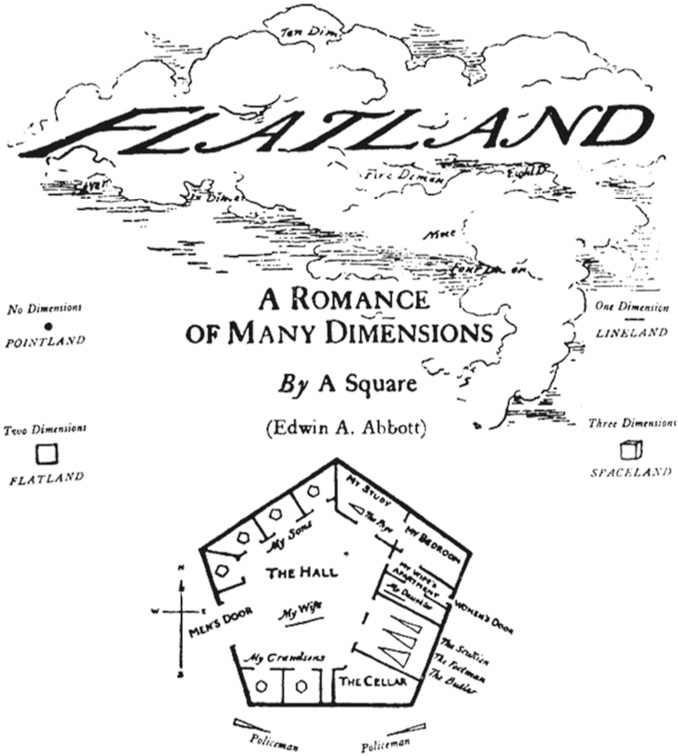 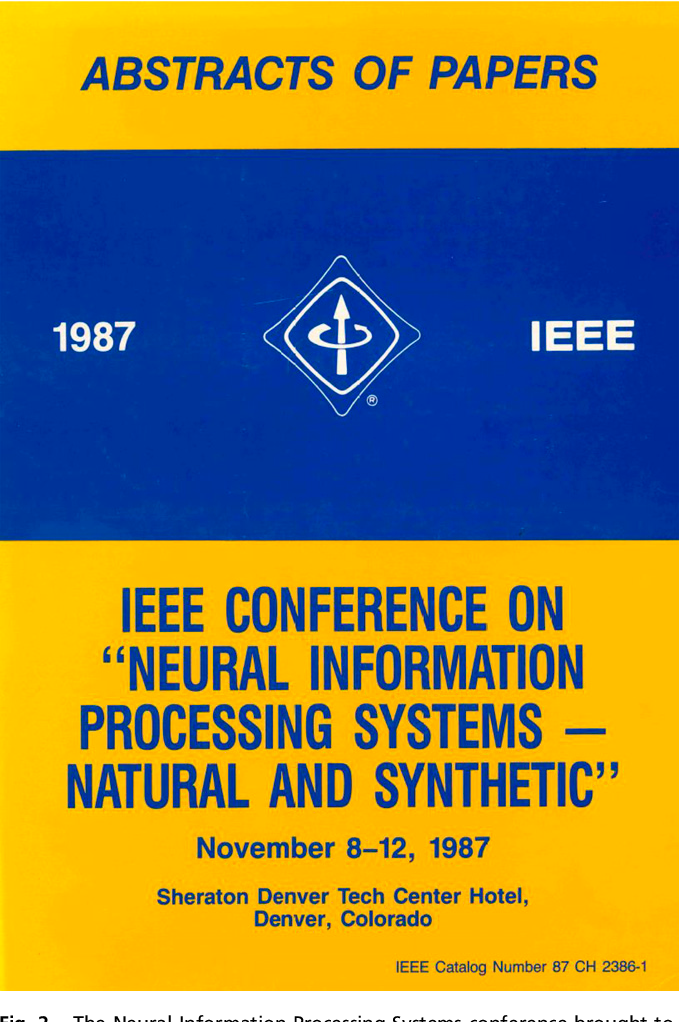 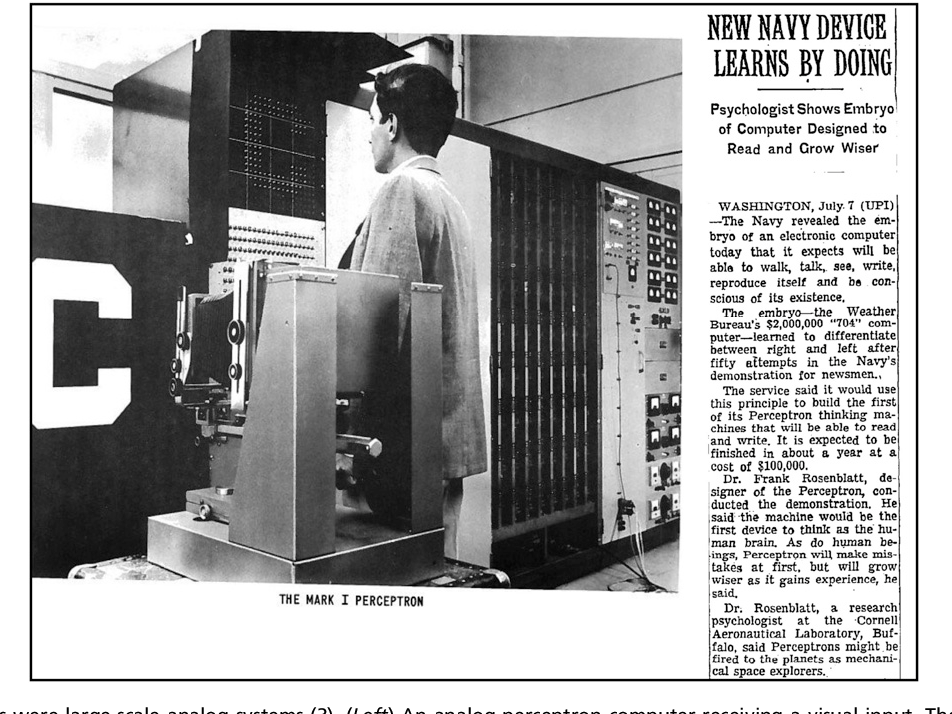 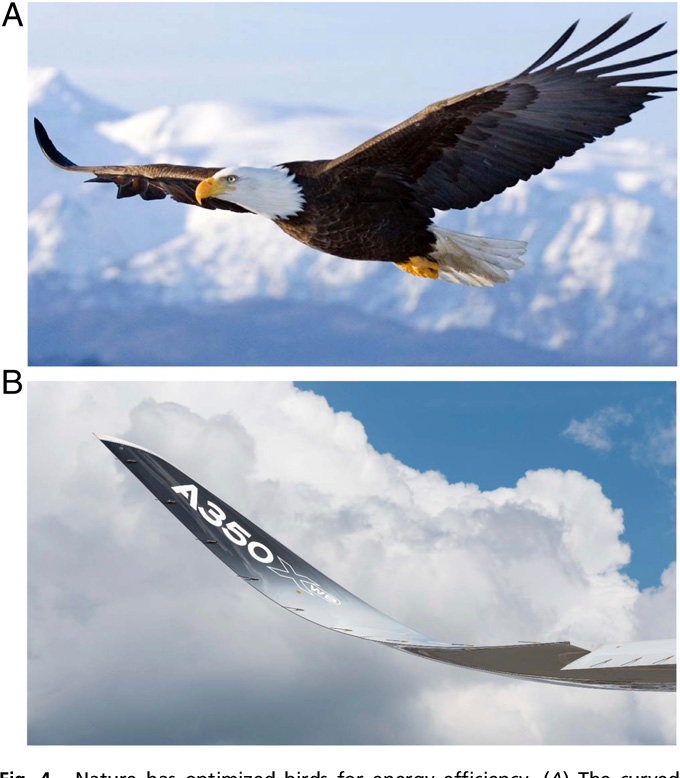 Deep learning networks have been trained to recognize speech, caption photographs and translate text between languages at high levels of performance. Although applications of deep learning networks to real world problems have become ubiquitous, our understanding of why they are so effective is lacking. These empirical results should not be possible according to sample complexity in statistics and non-convex optimization theory. However, paradoxes in the training and effectiveness of deep learning networks are being investigated and insights are being found in the geometry of high-dimensional spaces. A mathematical theory of deep learning would illuminate how they function, allow us to assess the strengths and weaknesses of different network architectures and lead to major improvements. Deep learning has provided natural ways for humans to communicate with digital devices and is foundational for building artificial general intelligence. Deep learning was inspired by the architecture of the cerebral cortex and insights into autonomy and general intelligence may be found in other brain regions that are essential for planning and survival, but major breakthroughs will be needed to achieve these goals. 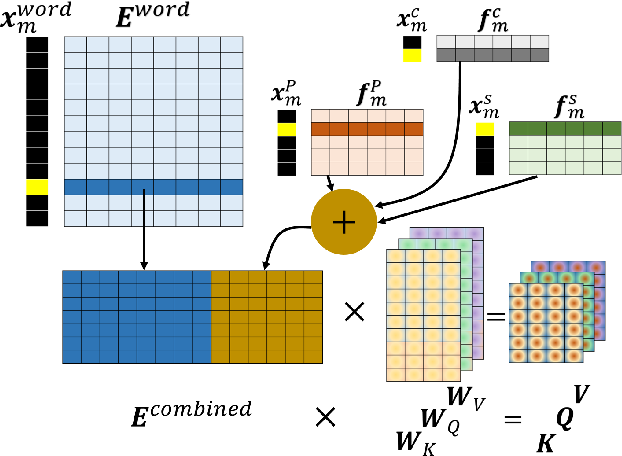 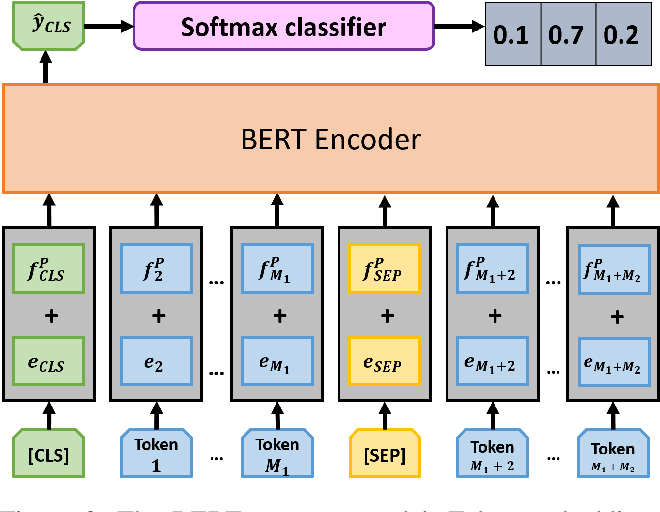 Attention-based models have shown significant improvement over traditional algorithms in several NLP tasks. The Transformer, for instance, is an illustrative example that generates abstract representations of tokens inputted to an encoder based on their relationships to all tokens in a sequence. Recent studies have shown that although such models are capable of learning syntactic features purely by seeing examples, explicitly feeding this information to deep learning models can significantly enhance their performance. Leveraging syntactic information like part of speech (POS) may be particularly beneficial in limited training data settings for complex models such as the Transformer. We show that the syntax-infused Transformer with multiple features achieves an improvement of 0.7 BLEU when trained on the full WMT 14 English to German translation dataset and a maximum improvement of 1.99 BLEU points when trained on a fraction of the dataset. In addition, we find that the incorporation of syntax into BERT fine-tuning outperforms baseline on a number of downstream tasks from the GLUE benchmark. 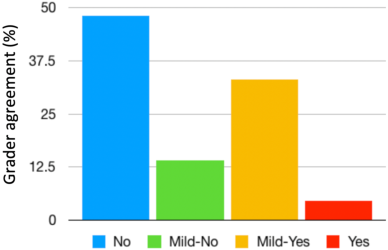 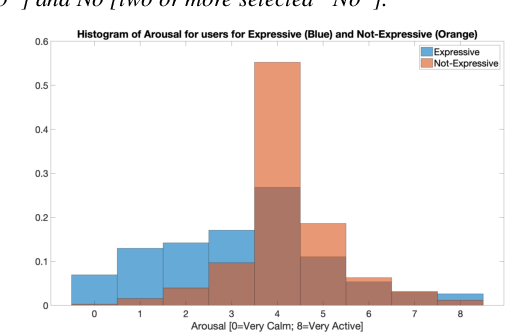 Millions of people reach out to digital assistants such as Siri every day, asking for information, making phone calls, seeking assistance, and much more. The expectation is that such assistants should understand the intent of the users query. Detecting the intent of a query from a short, isolated utterance is a difficult task. Intent cannot always be obtained from speech-recognized transcriptions. A transcription driven approach can interpret what has been said but fails to acknowledge how it has been said, and as a consequence, may ignore the expression present in the voice. Our work investigates whether a system can reliably detect vocal expression in queries using acoustic and paralinguistic embedding. Results show that the proposed method offers a relative equal error rate (EER) decrease of 60% compared to a bag-of-word based system, corroborating that expression is significantly represented by vocal attributes, rather than being purely lexical. Addition of emotion embedding helped to reduce the EER by 30% relative to the acoustic embedding, demonstrating the relevance of emotion in expressive voice. 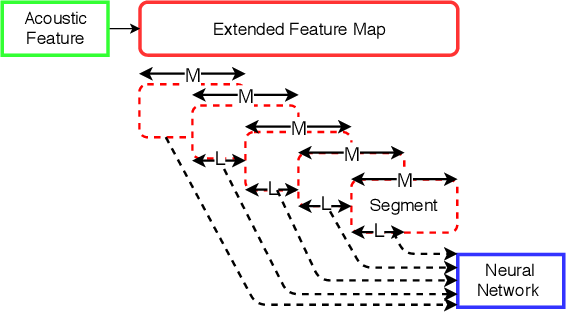 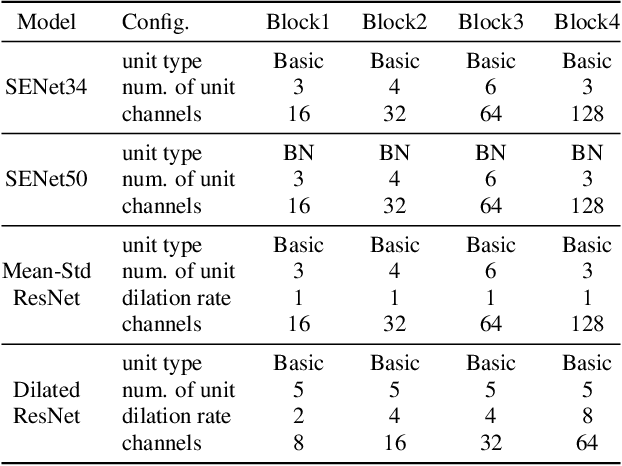 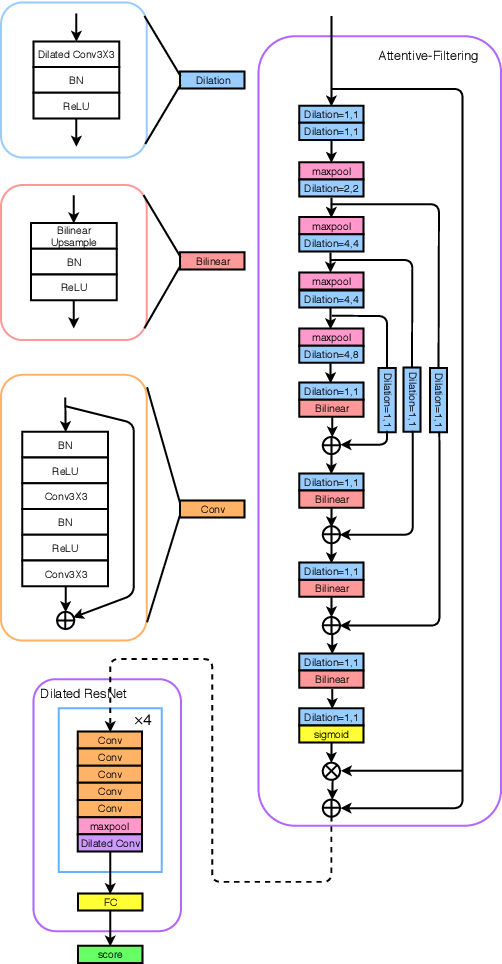 We present JHU's system submission to the ASVspoof 2019 Challenge: Anti-Spoofing with Squeeze-Excitation and Residual neTworks (ASSERT). Anti-spoofing has gathered more and more attention since the inauguration of the ASVspoof Challenges, and ASVspoof 2019 dedicates to address attacks from all three major types: text-to-speech, voice conversion, and replay. Built upon previous research work on Deep Neural Network (DNN), ASSERT is a pipeline for DNN-based approach to anti-spoofing. ASSERT has four components: feature engineering, DNN models, network optimization and system combination, where the DNN models are variants of squeeze-excitation and residual networks. We conducted an ablation study of the effectiveness of each component on the ASVspoof 2019 corpus, and experimental results showed that ASSERT obtained more than 93% and 17% relative improvements over the baseline systems in the two sub-challenges in ASVspooof 2019, ranking ASSERT one of the top performing systems. Code and pretrained models will be made publicly available. 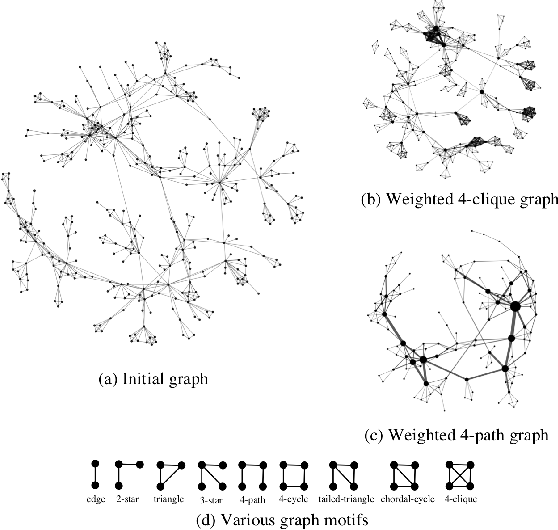 Following the success of deep convolutional networks in various vision and speech related tasks, researchers have started investigating generalizations of the well-known technique for graph-structured data. A recently-proposed method called Graph Convolutional Networks has been able to achieve state-of-the-art results in the task of node classification. However, since the proposed method relies on localized first-order approximations of spectral graph convolutions, it is unable to capture higher-order interactions between nodes in the graph. In this work, we propose a motif-based graph attention model, called Motif Convolutional Networks (MCNs), which generalizes past approaches by using weighted multi-hop motif adjacency matrices to capture higher-order neighborhoods. A novel attention mechanism is used to allow each individual node to select the most relevant neighborhood to apply its filter. Experiments show that our proposed method is able to achieve state-of-the-art results on the semi-supervised node classification task. 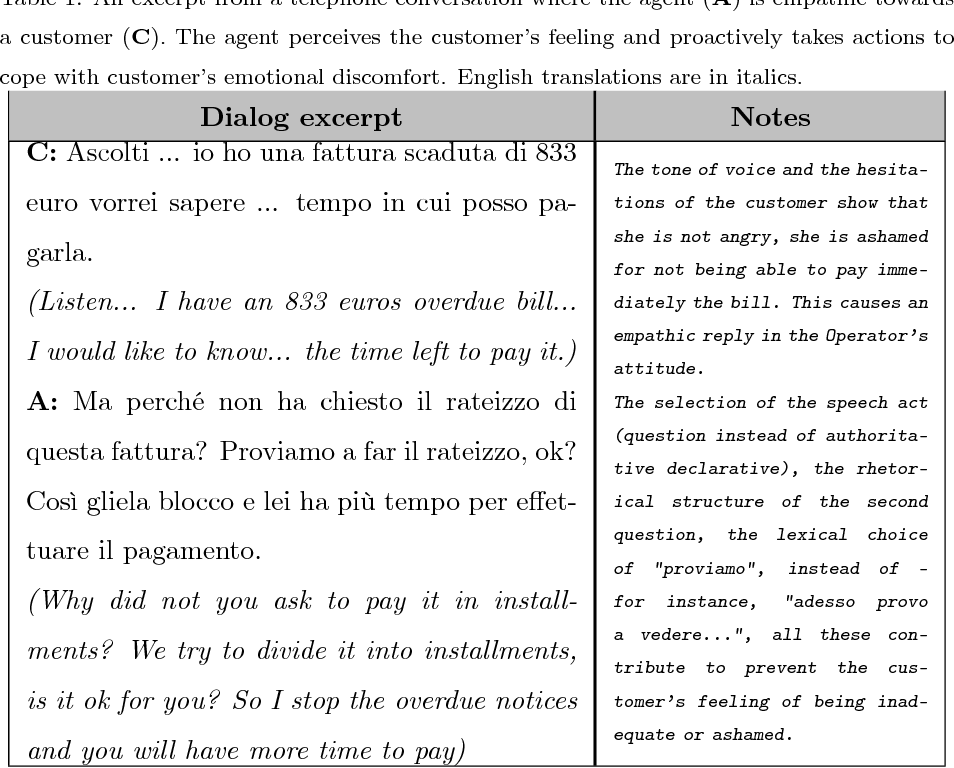 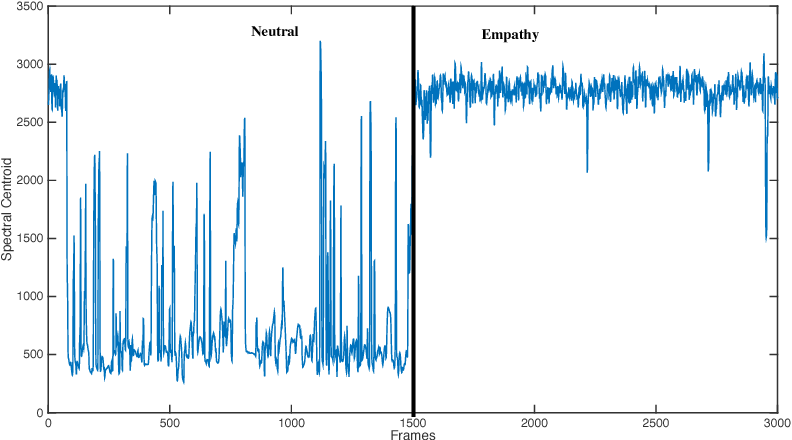 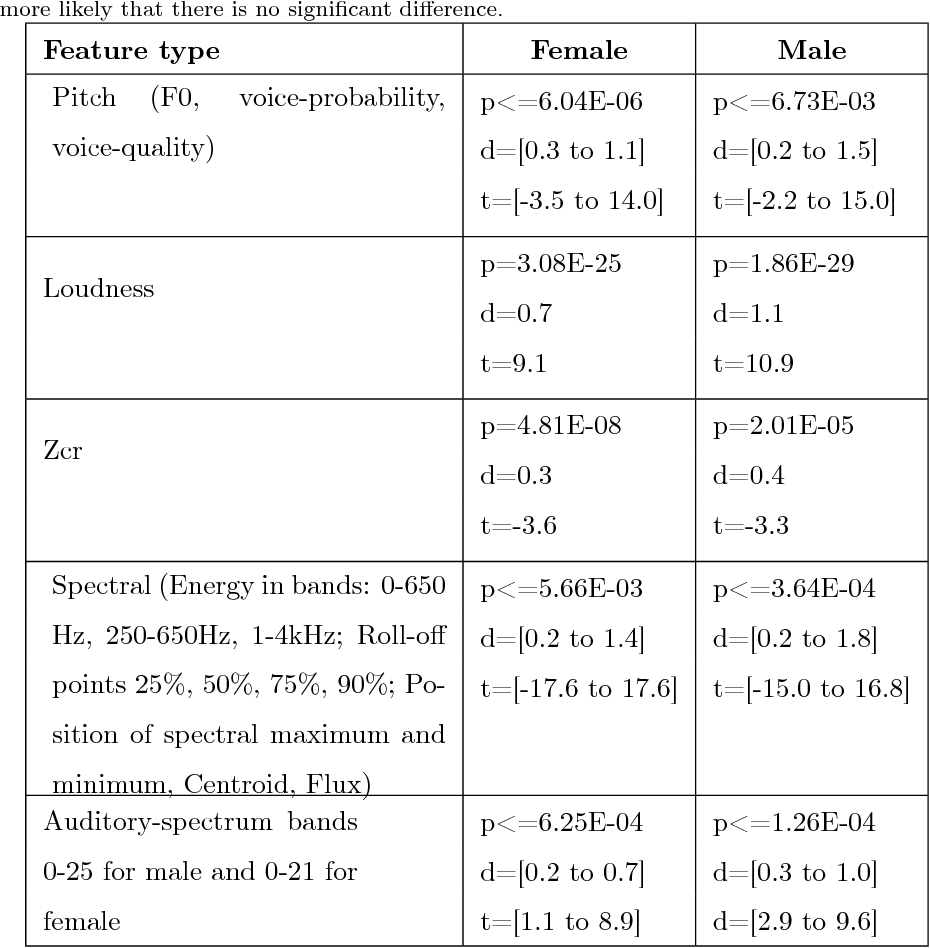 Empathy, as defined in behavioral sciences, expresses the ability of human beings to recognize, understand and react to emotions, attitudes and beliefs of others. The lack of an operational definition of empathy makes it difficult to measure it. In this paper, we address two related problems in automatic affective behavior analysis: the design of the annotation protocol and the automatic recognition of empathy from spoken conversations. We propose and evaluate an annotation scheme for empathy inspired by the modal model of emotions. The annotation scheme was evaluated on a corpus of real-life, dyadic spoken conversations. In the context of behavioral analysis, we designed an automatic segmentation and classification system for empathy. Given the different speech and language levels of representation where empathy may be communicated, we investigated features derived from the lexical and acoustic spaces. The feature development process was designed to support both the fusion and automatic selection of relevant features from high dimensional space. The automatic classification system was evaluated on call center conversations where it showed significantly better performance than the baseline.


* Journal of Computer Speech and Language 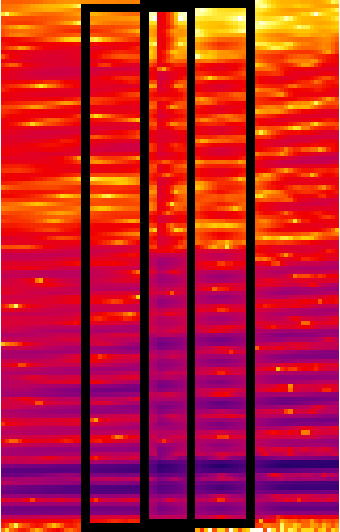 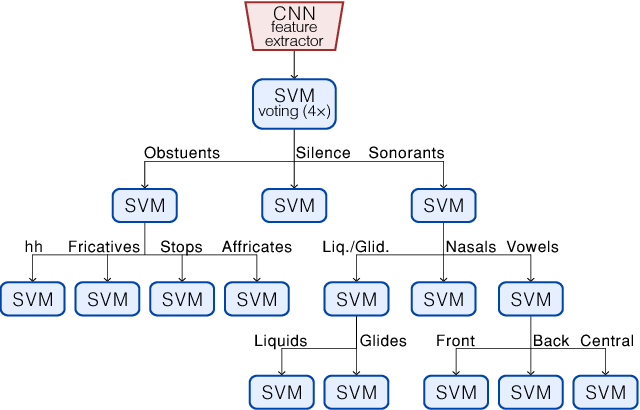 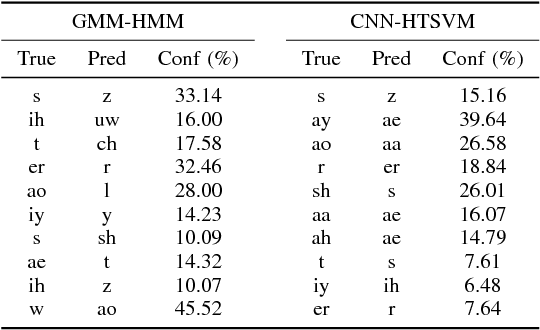 High-accuracy speech recognition is especially challenging when large datasets are not available. It is possible to bridge this gap with careful and knowledge-driven parsing combined with the biologically inspired CNN and the learning guarantees of the Vapnik Chervonenkis (VC) theory. This work presents a Shallow-CNN-HTSVM (Hierarchical Tree Support Vector Machine classifier) architecture which uses a predefined knowledge-based set of rules with statistical machine learning techniques. Here we show that gross errors present even in state-of-the-art systems can be avoided and that an accurate acoustic model can be built in a hierarchical fashion. The CNN-HTSVM acoustic model outperforms traditional GMM-HMM models and the HTSVM structure outperforms a MLP multi-class classifier. More importantly we isolate the performance of the acoustic model and provide results on both the frame and phoneme level considering the true robustness of the model. We show that even with a small amount of data accurate and robust recognition rates can be obtained. 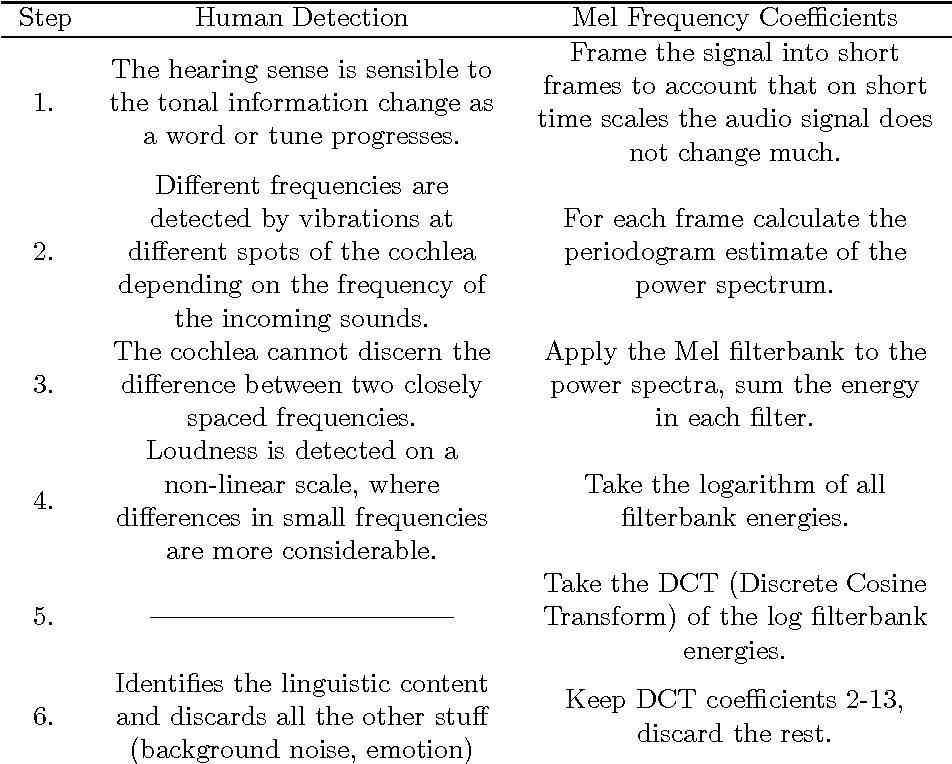 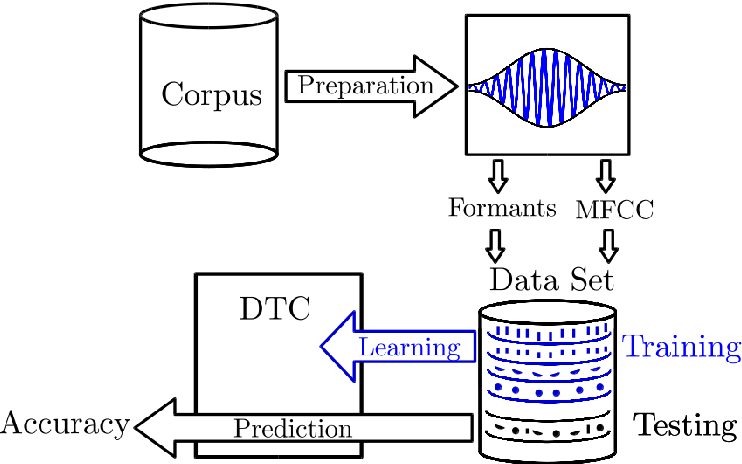 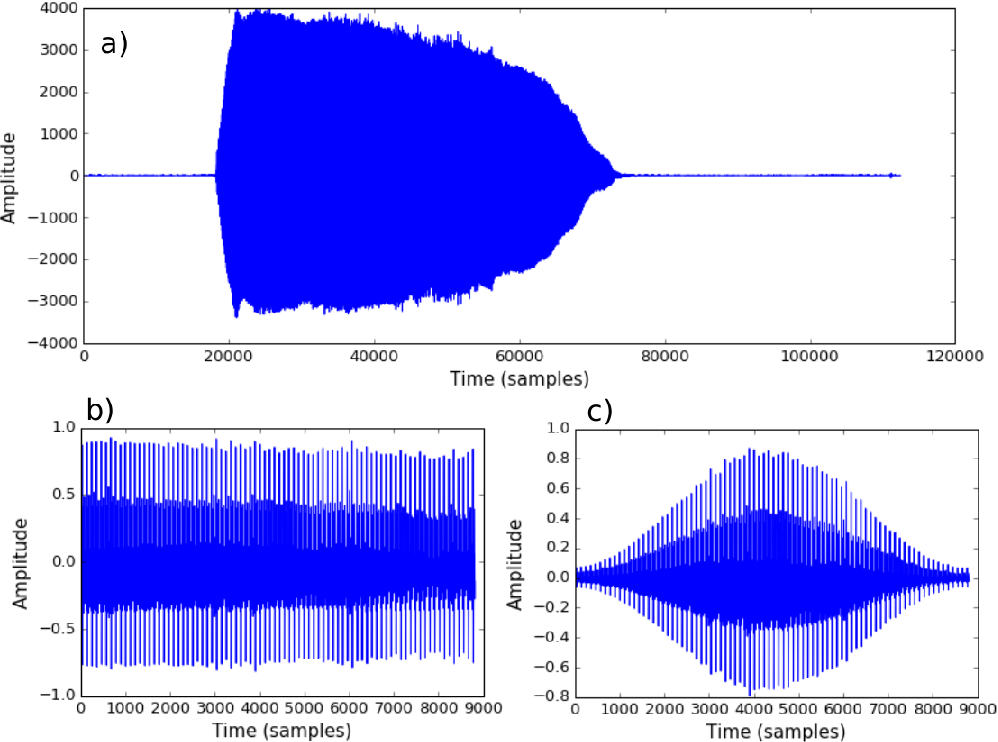 The Vocal Joystick Vowel Corpus, by Washington University, was used to study monophthongs pronounced by native English speakers. The objective of this study was to quantitatively measure the extent at which speech recognition methods can distinguish between similar sounding vowels. In particular, the phonemes /\textipa{@}/, /{\ae}/, /\textipa{A}:/ and /\textipa{2}/ were analysed. 748 sound files from the corpus were used and subjected to Linear Predictive Coding (LPC) to compute their formants, and to Mel Frequency Cepstral Coefficients (MFCC) algorithm, to compute the cepstral coefficients. A Decision Tree Classifier was used to build a predictive model that learnt the patterns of the two first formants measured in the data set, as well as the patterns of the 13 cepstral coefficients. An accuracy of 70\% was achieved using formants for the mentioned phonemes. For the MFCC analysis an accuracy of 52 \% was achieved and an accuracy of 71\% when /\textipa{@}/ was ignored. The results obtained show that the studied algorithms are far from mimicking the ability of distinguishing subtle differences in sounds like human hearing does. 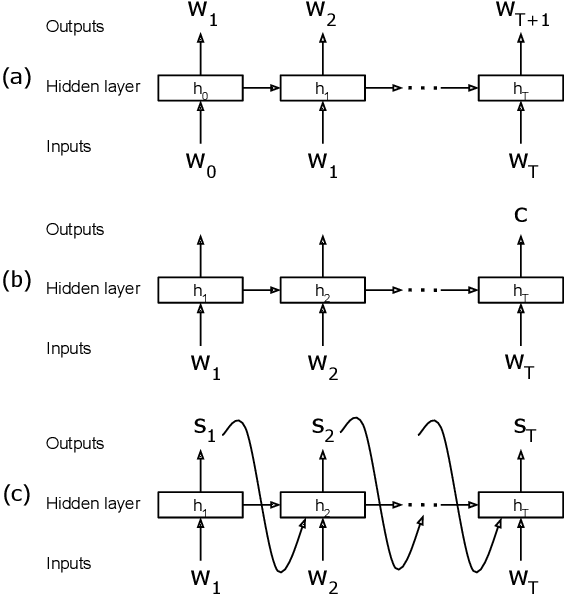 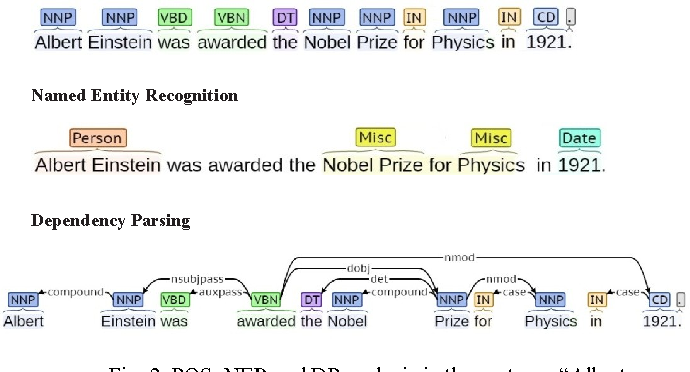 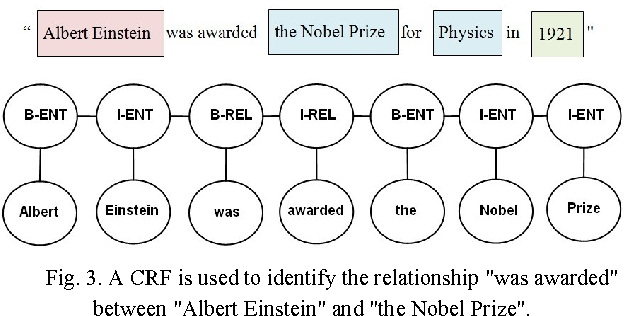 Open Information Extraction (Open IE) systems aim to obtain relation tuples with highly scalable extraction in portable across domain by identifying a variety of relation phrases and their arguments in arbitrary sentences. The first generation of Open IE learns linear chain models based on unlexicalized features such as Part-of-Speech (POS) or shallow tags to label the intermediate words between pair of potential arguments for identifying extractable relations. Open IE currently is developed in the second generation that is able to extract instances of the most frequently observed relation types such as Verb, Noun and Prep, Verb and Prep, and Infinitive with deep linguistic analysis. They expose simple yet principled ways in which verbs express relationships in linguistics such as verb phrase-based extraction or clause-based extraction. They obtain a significantly higher performance over previous systems in the first generation. In this paper, we describe an overview of two Open IE generations including strengths, weaknesses and application areas.


* This paper will appear in the Encyclopedia for Semantic Computing