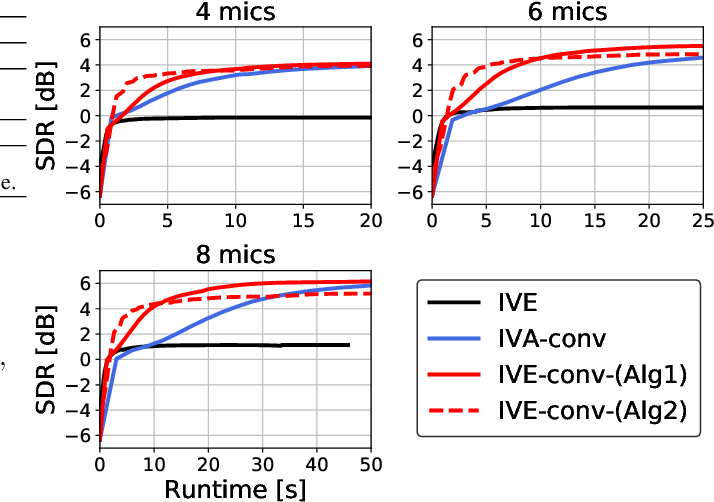 We address a blind source separation (BSS) problem in a noisy reverberant environment in which the number of microphones $M$ is greater than the number of sources of interest, and the other noise components can be approximated as stationary and Gaussian distributed. Conventional BSS algorithms for the optimization of a multi-input multi-output convolutional beamformer have suffered from a huge computational cost when $M$ is large. We here propose a computationally efficient method that integrates a weighted prediction error (WPE) dereverberation method and a fast BSS method called independent vector extraction (IVE), which has been developed for less reverberant environments. We show that the optimization problem of the new method can be reduced to that of IVE by exploiting the stationary condition, which makes the optimization easy to handle and computationally efficient. An experiment of speech signal separation shows that, compared to a conventional method that integrates WPE and independent vector analysis, our proposed algorithm has significantly faster convergence speeds while maintaining its separation performance.

From ancient to modern times, acoustic structures have been used to control the propagation of acoustic waves. However, the design of the acoustic structures has remained widely a time-consuming and computational resource-consuming iterative process. In recent years, Deep Learning has attracted unprecedented attention for its ability to tackle hard problems with huge datasets, which has achieved state-of-the-art results in various tasks. In this work, an acoustic structure design method is proposed based on deep learning. Taking the design of multi-order Helmholtz resonator for instance, we experimentally demonstrate the effectiveness of the proposed method. Our method is not only able to give a very accurate prediction of the geometry of the acoustic structures with multiple strong-coupling parameters, but also capable of improving the performance of evolutionary approaches in optimization for a desired property. Compared with the conventional numerical methods, our method is more efficient, universal and automatic, which has a wide range of potential applications, such as speech enhancement, sound absorption and insulation. 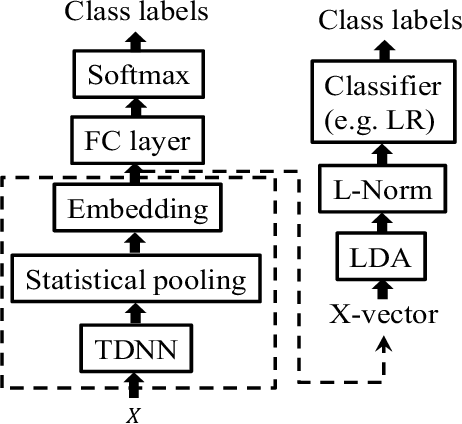 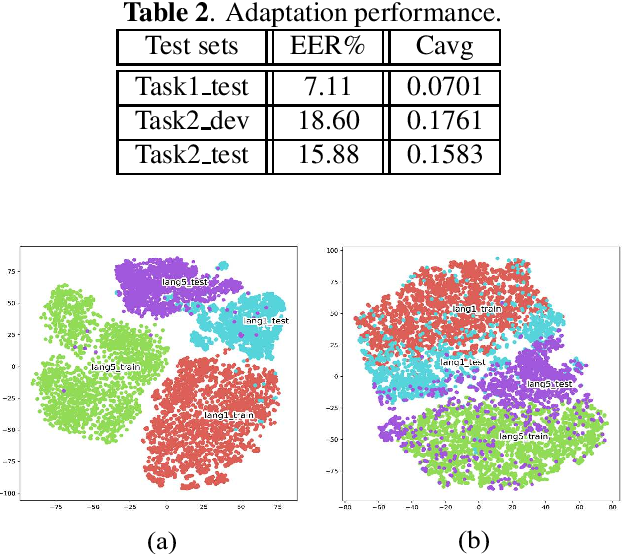 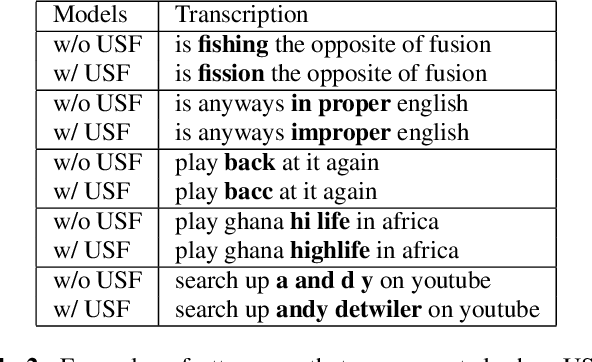 End-to-end automatic speech recognition (ASR) systems, such as recurrent neural network transducer (RNN-T), have become popular, but rare word remains a challenge. In this paper, we propose a simple, yet effective method called unigram shallow fusion (USF) to improve rare words for RNN-T. In USF, we extract rare words from RNN-T training data based on unigram count, and apply a fixed reward when the word is encountered during decoding. We show that this simple method can improve performance on rare words by 3.7% WER relative without degradation on general test set, and the improvement from USF is additive to any additional language model based rescoring. Then, we show that the same USF does not work on conventional hybrid system. Finally, we reason that USF works by fixing errors in probability estimates of words due to Viterbi search used during decoding with subword-based RNN-T. 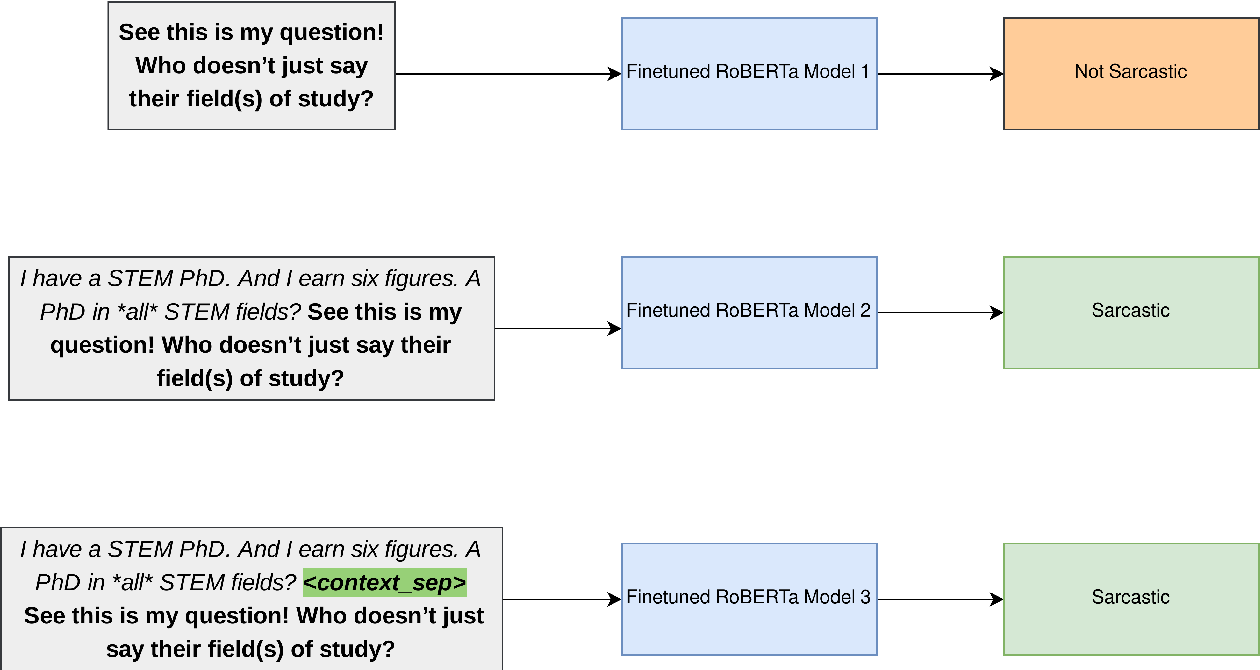 Sarcasm is an intricate form of speech, where meaning is conveyed implicitly. Being a convoluted form of expression, detecting sarcasm is an assiduous problem. The difficulty in recognition of sarcasm has many pitfalls, including misunderstandings in everyday communications, which leads us to an increasing focus on automated sarcasm detection. In the second edition of the Figurative Language Processing (FigLang 2020) workshop, the shared task of sarcasm detection released two datasets, containing responses along with their context sampled from Twitter and Reddit. In this work, we use RoBERTa_large to detect sarcasm in both the datasets. We further assert the importance of context in improving the performance of contextual word embedding based models by using three different types of inputs - Response-only, Context-Response, and Context-Response (Separated). We show that our proposed architecture performs competitively for both the datasets. We also show that the addition of a separation token between context and target response results in an improvement of 5.13% in the F1-score in the Reddit dataset.

We present PyChain, a fully parallelized PyTorch implementation of end-to-end lattice-free maximum mutual information (LF-MMI) training for the so-called \emph{chain models} in the Kaldi automatic speech recognition (ASR) toolkit. Unlike other PyTorch and Kaldi based ASR toolkits, PyChain is designed to be as flexible and light-weight as possible so that it can be easily plugged into new ASR projects, or other existing PyTorch-based ASR tools, as exemplified respectively by a new project PyChain-example, and Espresso, an existing end-to-end ASR toolkit. PyChain's efficiency and flexibility is demonstrated through such novel features as full GPU training on numerator/denominator graphs, and support for unequal length sequences. Experiments on the WSJ dataset show that with simple neural networks and commonly used machine learning techniques, PyChain can achieve competitive results that are comparable to Kaldi and better than other end-to-end ASR systems.

Machines Getting with the Program: Understanding Intent Arguments of Non-Canonical Directives 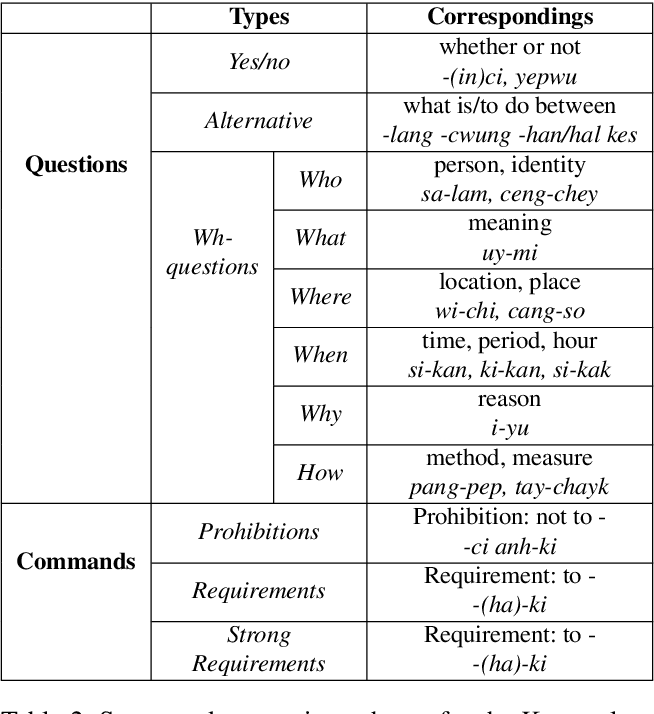 Modern dialog managers face the challenge of having to fulfill human-level conversational skills as part of common user expectations, including but not limited to discourse with no clear objective. Along with these requirements, agents are expected to extrapolate intent from the user's dialogue even when subjected to non-canonical forms of speech. This depends on the agent's comprehension of paraphrased forms of such utterances. In low-resource languages, the lack of data is a bottleneck that prevents advancements of the comprehension performance for these types of agents. In this paper, we demonstrate the necessity of being able to extract the intent argument of non-canonical directives, and also define guidelines for building paired corpora for this purpose. Following the guidelines, we label a dataset consisting of 30K instances of question/command-intent pairs, including annotations for a classification task for predicting the utterance type. We also propose a method for mitigating class imbalance in the final dataset, and demonstrate the potential applications of the corpus generation method and dataset. 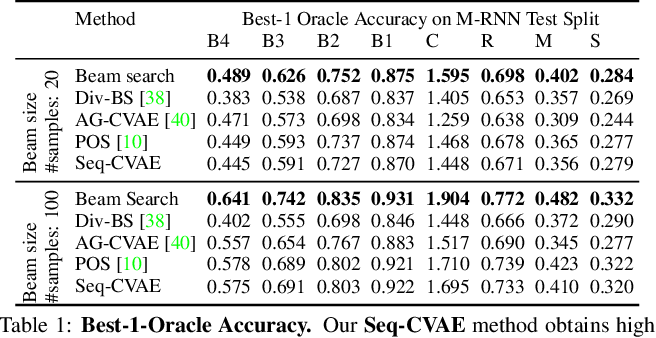 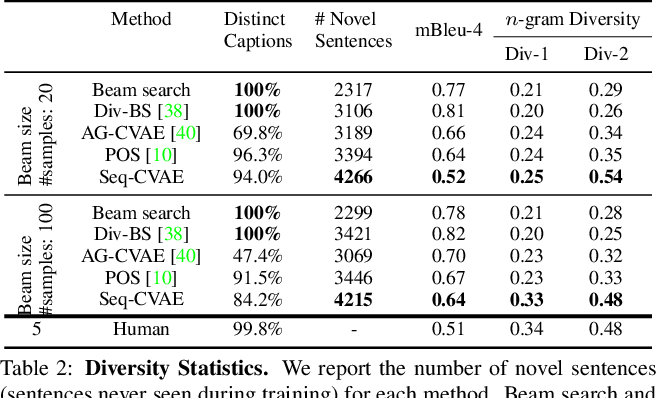 Diverse and accurate vision+language modeling is an important goal to retain creative freedom and maintain user engagement. However, adequately capturing the intricacies of diversity in language models is challenging. Recent works commonly resort to latent variable models augmented with more or less supervision from object detectors or part-of-speech tags. Common to all those methods is the fact that the latent variable either only initializes the sentence generation process or is identical across the steps of generation. Both methods offer no fine-grained control. To address this concern, we propose Seq-CVAE which learns a latent space for every word position. We encourage this temporal latent space to capture the 'intention' about how to complete the sentence by mimicking a representation which summarizes the future. We illustrate the efficacy of the proposed approach to anticipate the sentence continuation on the challenging MSCOCO dataset, significantly improving diversity metrics compared to baselines while performing on par w.r.t sentence quality. 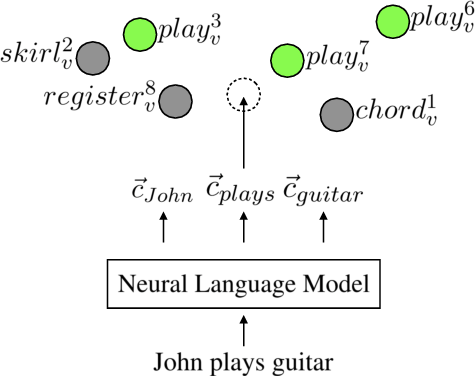 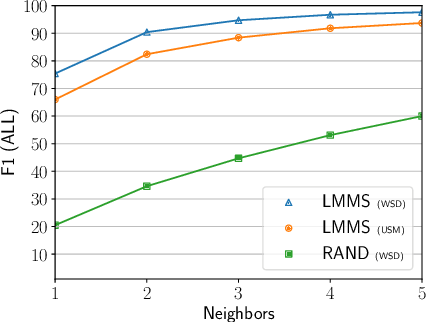 Contextual embeddings represent a new generation of semantic representations learned from Neural Language Modelling (NLM) that addresses the issue of meaning conflation hampering traditional word embeddings. In this work, we show that contextual embeddings can be used to achieve unprecedented gains in Word Sense Disambiguation (WSD) tasks. Our approach focuses on creating sense-level embeddings with full-coverage of WordNet, and without recourse to explicit knowledge of sense distributions or task-specific modelling. As a result, a simple Nearest Neighbors (k-NN) method using our representations is able to consistently surpass the performance of previous systems using powerful neural sequencing models. We also analyse the robustness of our approach when ignoring part-of-speech and lemma features, requiring disambiguation against the full sense inventory, and revealing shortcomings to be improved. Finally, we explore applications of our sense embeddings for concept-level analyses of contextual embeddings and their respective NLMs. 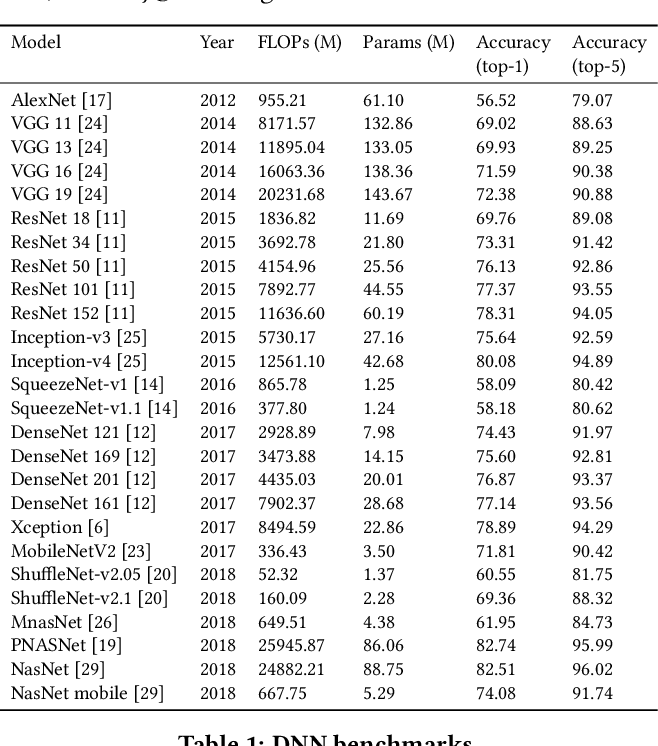 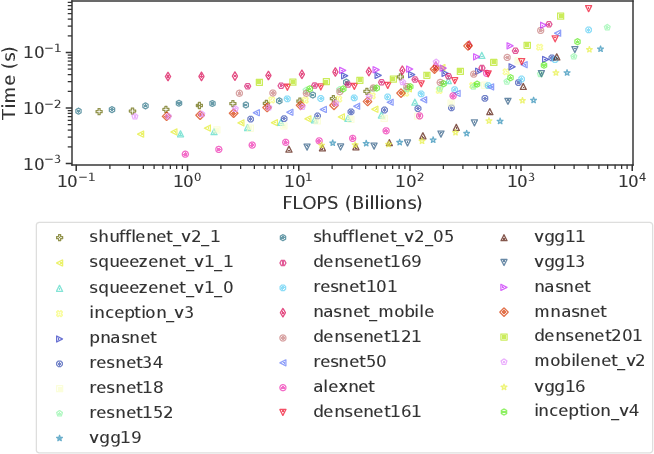 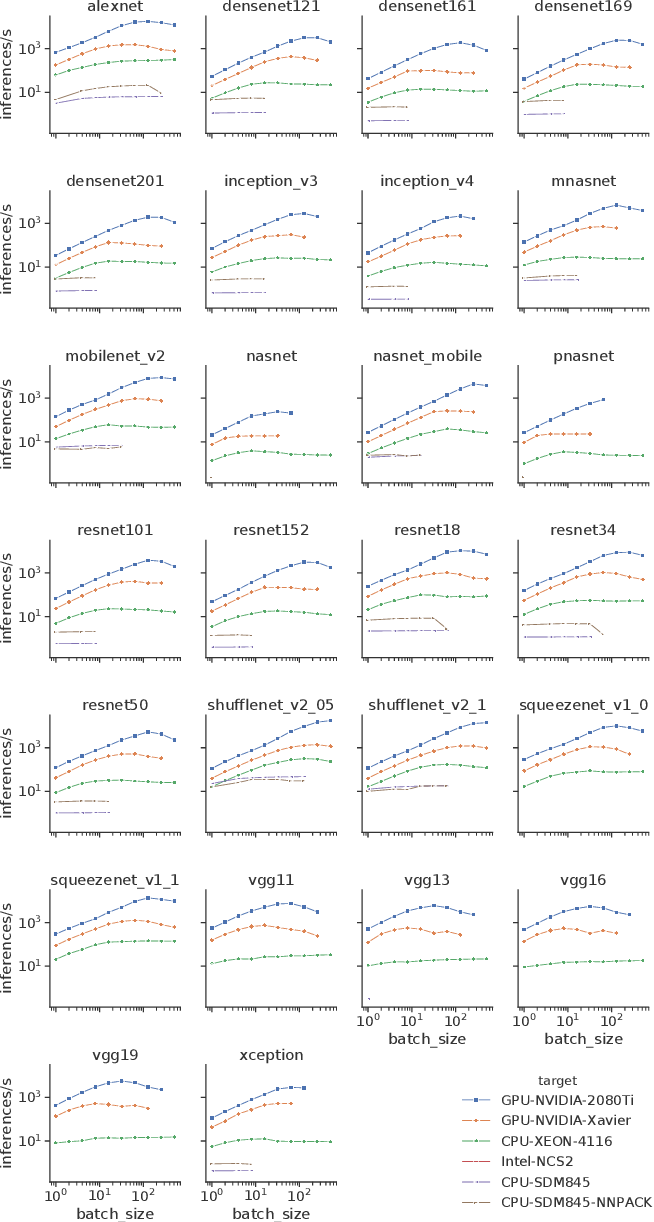 In recent years, advances in deep learning have resulted in unprecedented leaps in diverse tasks spanning from speech and object recognition to context awareness and health monitoring. As a result, an increasing number of AI-enabled applications are being developed targeting ubiquitous and mobile devices. While deep neural networks (DNNs) are getting bigger and more complex, they also impose a heavy computational and energy burden on the host devices, which has led to the integration of various specialized processors in commodity devices. Given the broad range of competing DNN architectures and the heterogeneity of the target hardware, there is an emerging need to understand the compatibility between DNN-platform pairs and the expected performance benefits on each platform. This work attempts to demystify this landscape by systematically evaluating a collection of state-of-the-art DNNs on a wide variety of commodity devices. In this respect, we identify potential bottlenecks in each architecture and provide important guidelines that can assist the community in the co-design of more efficient DNNs and accelerators.