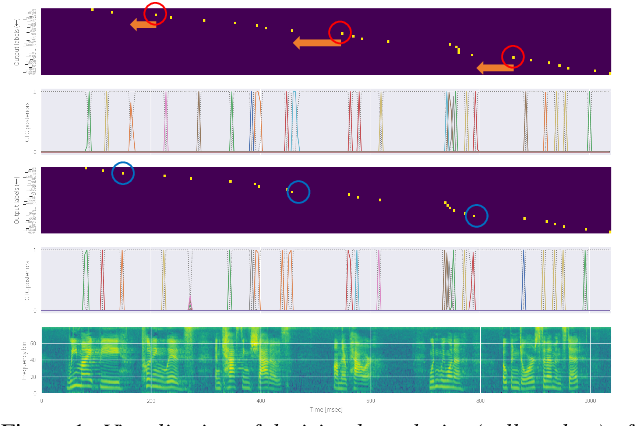 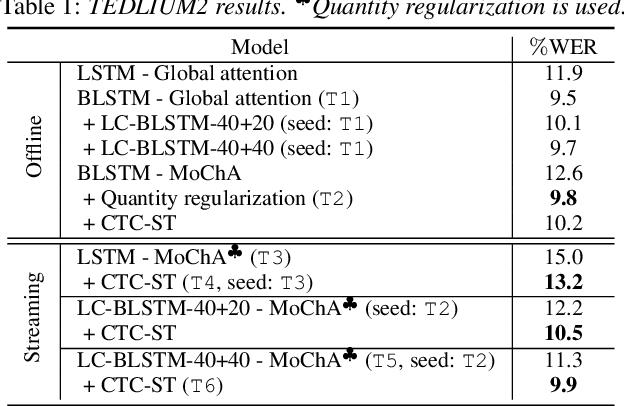 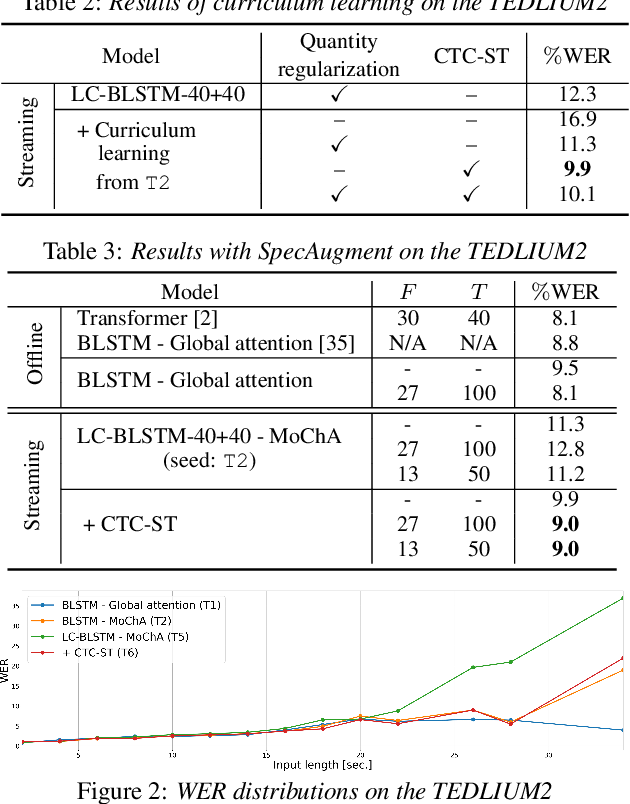 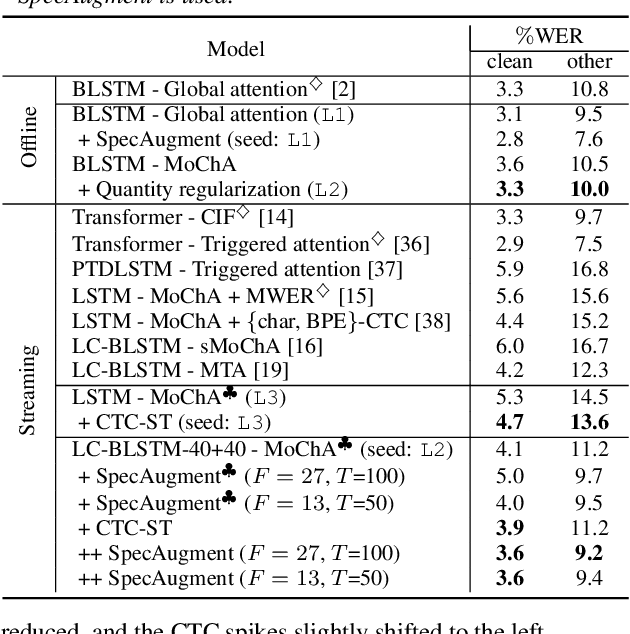 Monotonic chunkwise attention (MoChA) has been studied for the online streaming automatic speech recognition (ASR) based on a sequence-to-sequence framework. In contrast to connectionist temporal classification (CTC), backward probabilities cannot be leveraged in the alignment marginalization process during training due to left-to-right dependency in the decoder. This results in the error propagation of alignments to subsequent token generation. To address this problem, we propose CTC-synchronous training (CTC-ST), in which MoChA uses CTC alignments to learn optimal monotonic alignments. Reference CTC alignments are extracted from a CTC branch sharing the same encoder. The entire model is jointly optimized so that the expected boundaries from MoChA are synchronized with the alignments. Experimental evaluations of the TEDLIUM release-2 and Librispeech corpora show that the proposed method significantly improves recognition, especially for long utterances. We also show that CTC-ST can bring out the full potential of SpecAugment for MoChA. 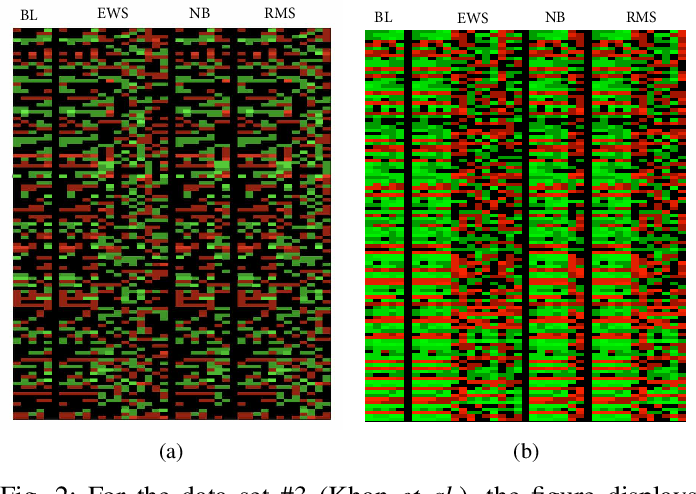 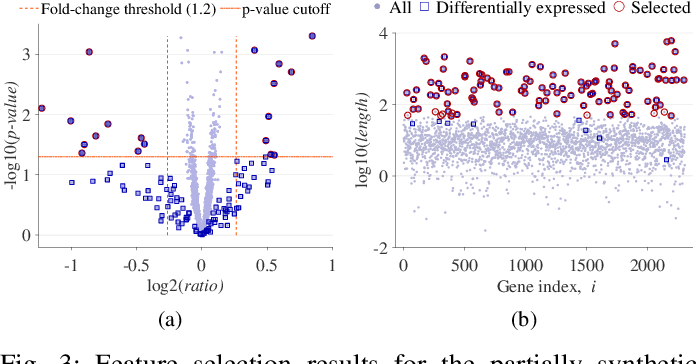 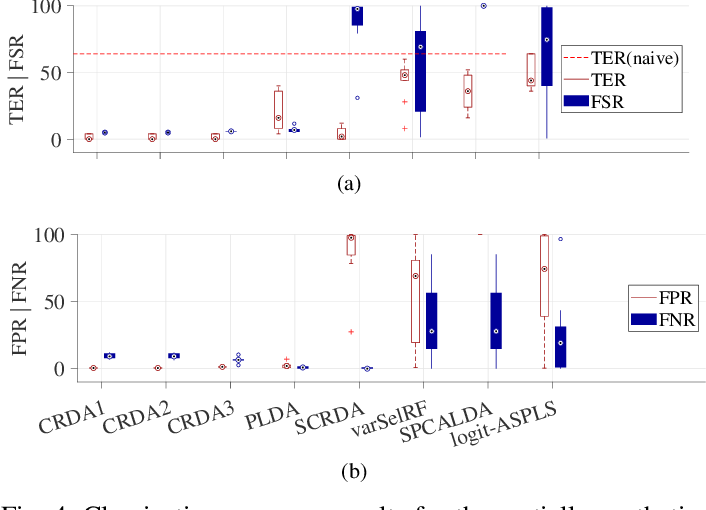 We propose a compressive classification framework for settings where the data dimensionality is significantly higher than the sample size. The proposed method, referred to as compressive regularized discriminant analysis (CRDA) is based on linear discriminant analysis and has the ability to select significant features by using joint-sparsity promoting hard thresholding in the discriminant rule. Since the number of features is larger than the sample size, the method also uses state-of-the-art regularized sample covariance matrix estimators. Several analysis examples on real data sets, including image, speech signal and gene expression data illustrate the promising improvements offered by the proposed CRDA classifier in practise. Overall, the proposed method gives fewer misclassification errors than its competitors, while at the same time achieving accurate feature selection results. The open-source R package and MATLAB toolbox of the proposed method (named compressiveRDA) is freely available. 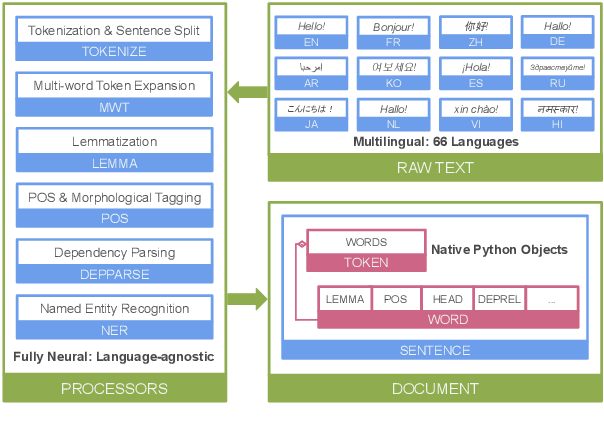 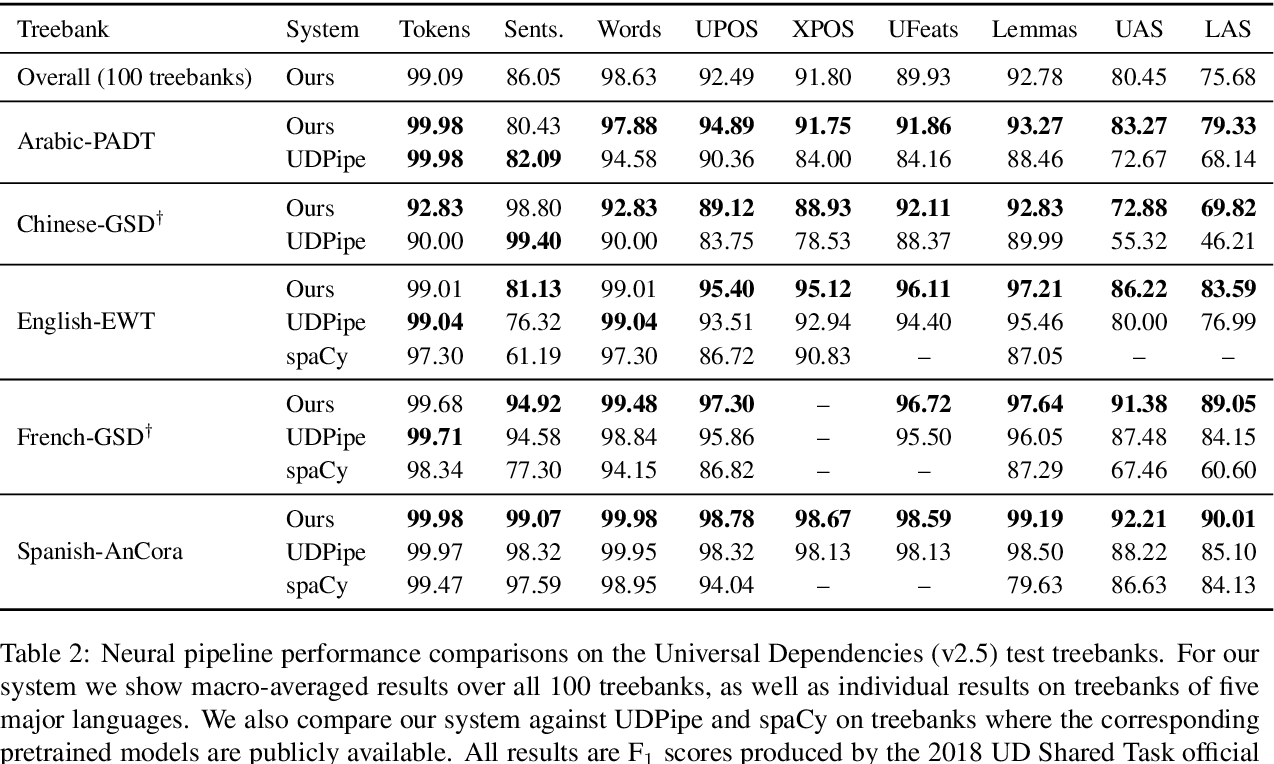 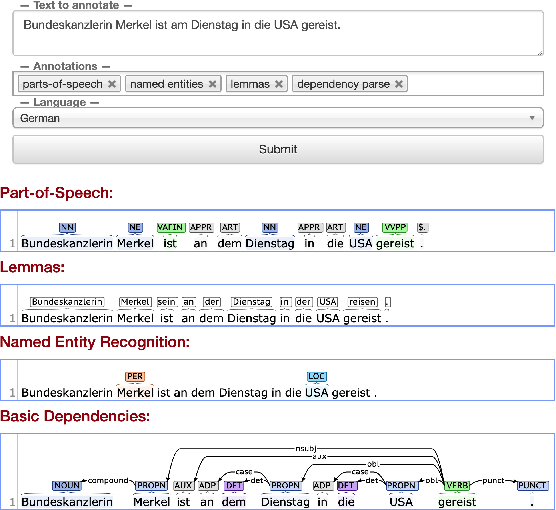 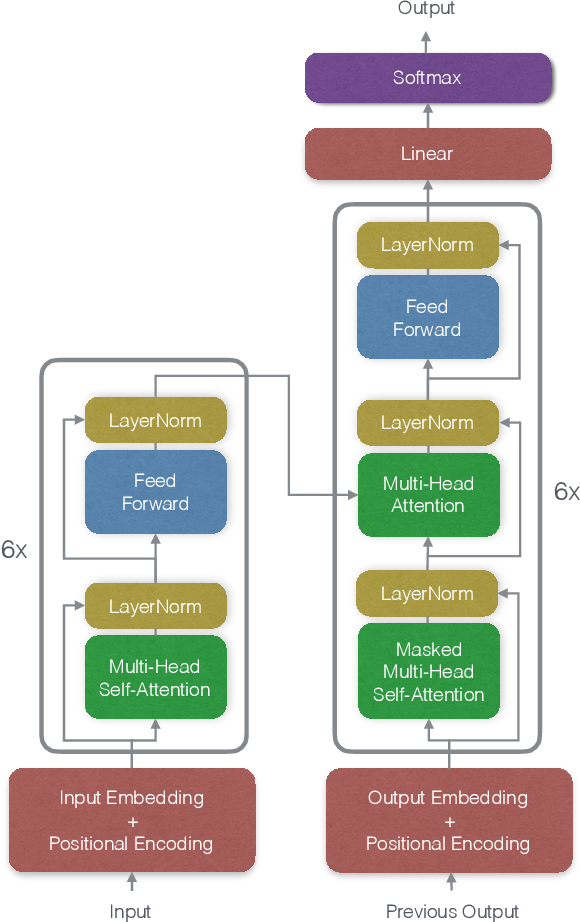 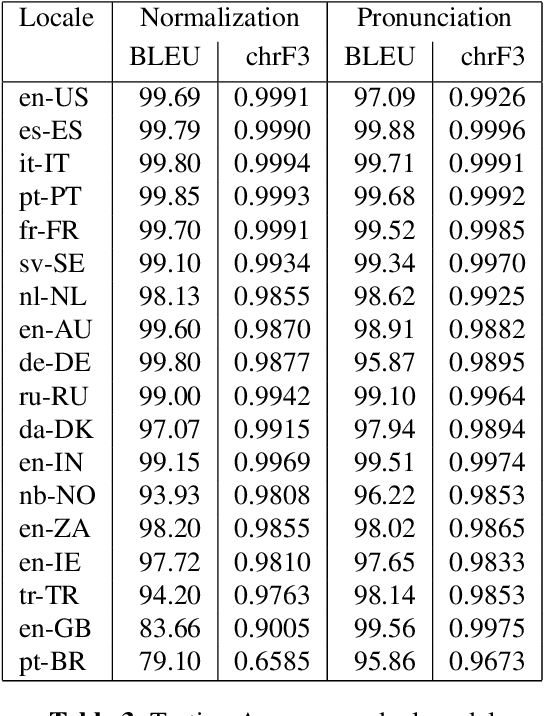 This paper describes progress towards making a Neural Text-to-Speech (TTS) Frontend that works for many languages and can be easily extended to new languages. We take a Machine Translation (MT) inspired approach to constructing the frontend, and model both text normalization and pronunciation on a sentence level by building and using sequence-to-sequence (S2S) models. We experimented with training normalization and pronunciation as separate S2S models and with training a single S2S model combining both functions. For our language-independent approach to pronunciation we do not use a lexicon. Instead all pronunciations, including context-based pronunciations, are captured in the S2S model. We also present a language-independent chunking and splicing technique that allows us to process arbitrary-length sentences. Models for 18 languages were trained and evaluated. Many of the accuracy measurements are above 99%. We also evaluated the models in the context of end-to-end synthesis against our current production system. 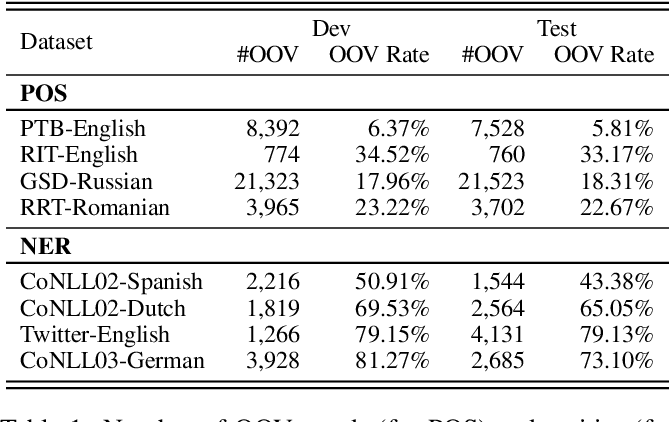 Word representation is a key component in neural-network-based sequence labeling systems. However, representations of unseen or rare words trained on the end task are usually poor for appreciable performance. This is commonly referred to as the out-of-vocabulary (OOV) problem. In this work, we address the OOV problem in sequence labeling using only training data of the task. To this end, we propose a novel method to predict representations for OOV words from their surface-forms (e.g., character sequence) and contexts. The method is specifically designed to avoid the error propagation problem suffered by existing approaches in the same paradigm. To evaluate its effectiveness, we performed extensive empirical studies on four part-of-speech tagging (POS) tasks and four named entity recognition (NER) tasks. Experimental results show that the proposed method can achieve better or competitive performance on the OOV problem compared with existing state-of-the-art methods. 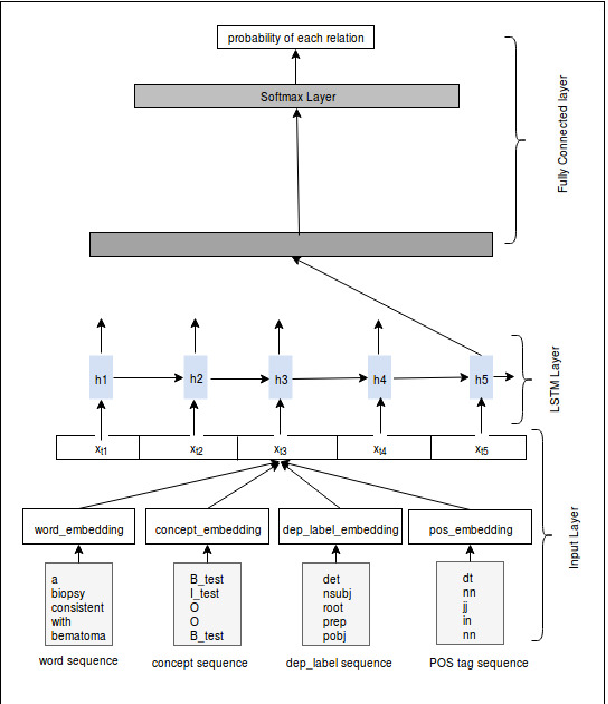 Owing to the exponential rise in the electronic medical records, information extraction in this domain is becoming an important area of research in recent years. Relation extraction between the medical concepts such as medical problem, treatment, and test etc. is also one of the most important tasks in this area. In this paper, we present an efficient relation extraction system based on the shortest dependency path (SDP) generated from the dependency parsed tree of the sentence. Instead of relying on many handcrafted features and the whole sequence of tokens present in a sentence, our system relies only on the SDP between the target entities. For every pair of entities, the system takes only the words in the SDP, their dependency labels, Part-of-Speech information and the types of the entities as the input. We develop a dependency parser for extracting dependency information. We perform our experiments on the benchmark i2b2 dataset for clinical relation extraction challenge 2010. Experimental results show that our system outperforms the existing systems.

We focus on the problem of language modeling for code-switched language, in the context of automatic speech recognition (ASR). Language modeling for code-switched language is challenging for (at least) three reasons: (1) lack of available large-scale code-switched data for training; (2) lack of a replicable evaluation setup that is ASR directed yet isolates language modeling performance from the other intricacies of the ASR system; and (3) the reliance on generative modeling. We tackle these three issues: we propose an ASR-motivated evaluation setup which is decoupled from an ASR system and the choice of vocabulary, and provide an evaluation dataset for English-Spanish code-switching. This setup lends itself to a discriminative training approach, which we demonstrate to work better than generative language modeling. Finally, we present an effective training protocol that integrates small amounts of code-switched data with large amounts of monolingual data, for both the generative and discriminative cases.