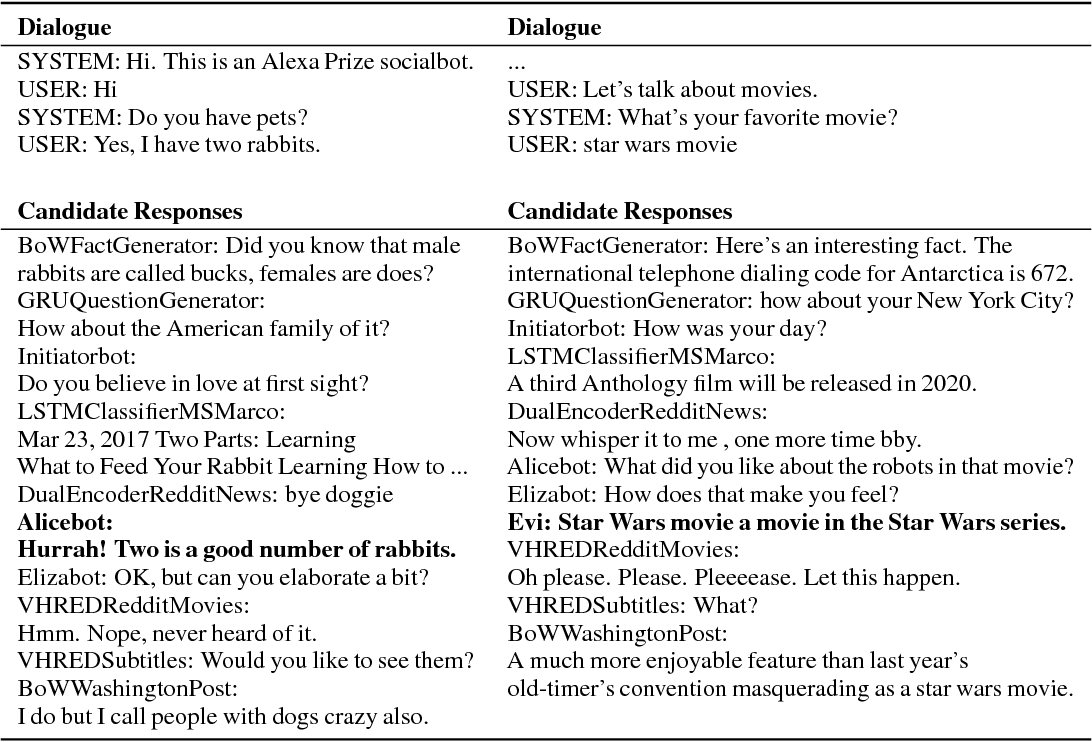 We present MILABOT: a deep reinforcement learning chatbot developed by the Montreal Institute for Learning Algorithms (MILA) for the Amazon Alexa Prize competition. MILABOT is capable of conversing with humans on popular small talk topics through both speech and text. The system consists of an ensemble of natural language generation and retrieval models, including neural network and template-based models. By applying reinforcement learning to crowdsourced data and real-world user interactions, the system has been trained to select an appropriate response from the models in its ensemble. The system has been evaluated through A/B testing with real-world users, where it performed significantly better than other systems. The results highlight the potential of coupling ensemble systems with deep reinforcement learning as a fruitful path for developing real-world, open-domain conversational agents. 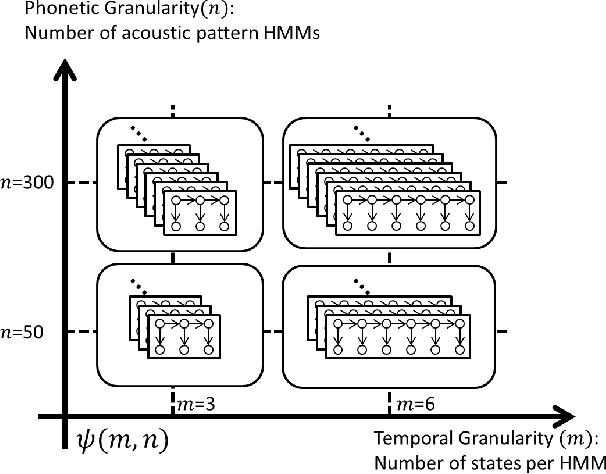 In this paper, we compare two paradigms for unsupervised discovery of structured acoustic tokens directly from speech corpora without any human annotation. The Multigranular Paradigm seeks to capture all available information in the corpora with multiple sets of tokens for different model granularities. The Hierarchical Paradigm attempts to jointly learn several levels of signal representations in a hierarchical structure. The two paradigms are unified within a theoretical framework in this paper. Query-by-Example Spoken Term Detection (QbE-STD) experiments on the QUESST dataset of MediaEval 2015 verifies the competitiveness of the acoustic tokens. The Enhanced Relevance Score (ERS) proposed in this work improves both paradigms for the task of QbE-STD. We also list results on the ABX evaluation task of the Zero Resource Challenge 2015 for comparison of the Paradigms. 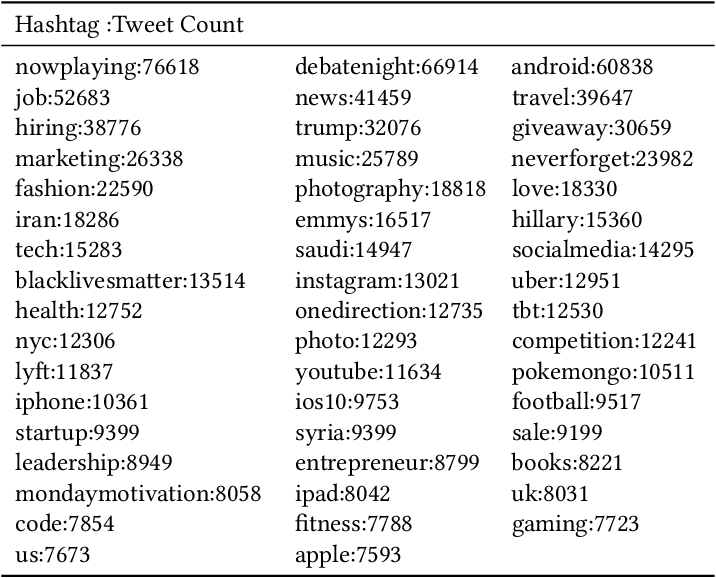 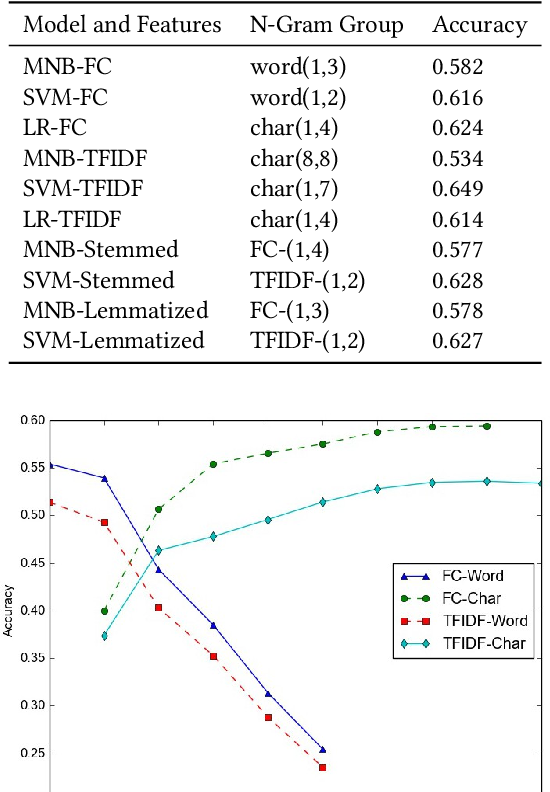 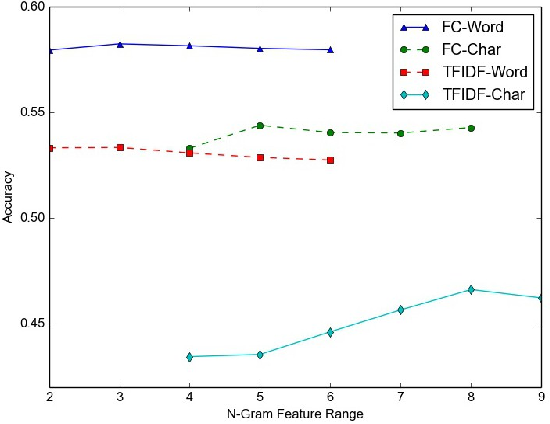 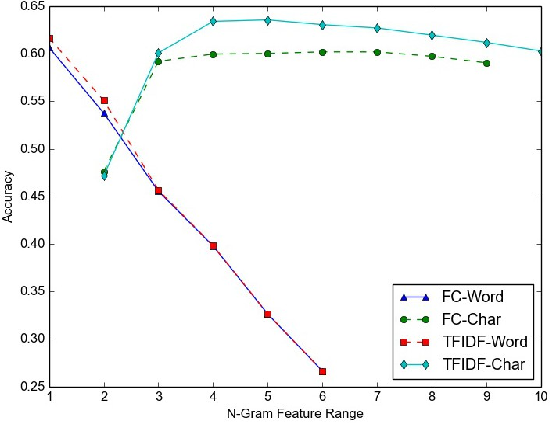 Social media datasets, especially Twitter tweets, are popular in the field of text classification. Tweets are a valuable source of micro-text (sometimes referred to as "micro-blogs"), and have been studied in domains such as sentiment analysis, recommendation systems, spam detection, clustering, among others. Tweets often include keywords referred to as "Hashtags" that can be used as labels for the tweet. Using tweets encompassing 50 labels, we studied the impact of word versus character-level feature selection and extraction on different learners to solve a multi-class classification task. We show that feature extraction of simple character-level groups performs better than simple word groups and pre-processing methods like normalizing using Porter's Stemming and Part-of-Speech ("POS")-Lemmatization.

On Generalization and Regularization in Deep Learning 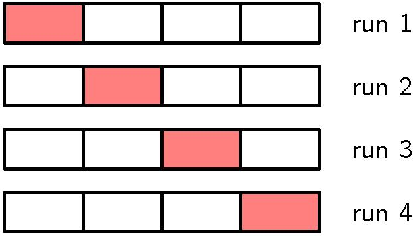 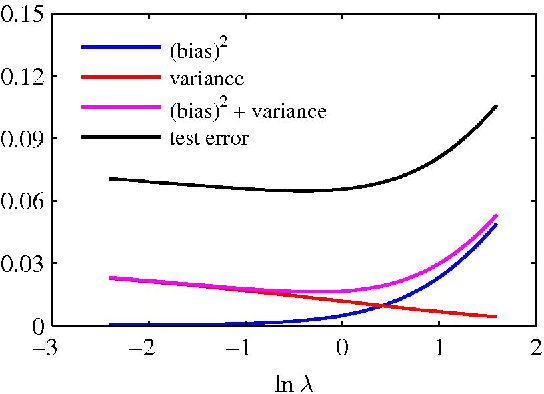 Why do large neural network generalize so well on complex tasks such as image classification or speech recognition? What exactly is the role regularization for them? These are arguably among the most important open questions in machine learning today. In a recent and thought provoking paper [C. Zhang et al.] several authors performed a number of numerical experiments that hint at the need for novel theoretical concepts to account for this phenomenon. The paper stirred quit a lot of excitement among the machine learning community but at the same time it created some confusion as discussions on OpenReview.net testifies. The aim of this pedagogical paper is to make this debate accessible to a wider audience of data scientists without advanced theoretical knowledge in statistical learning. The focus here is on explicit mathematical definitions and on a discussion of relevant concepts, not on proofs for which we provide references. 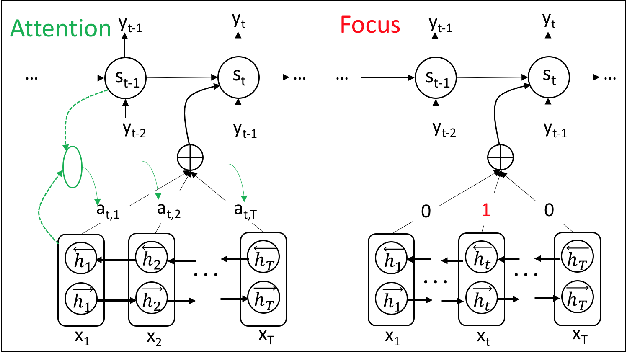 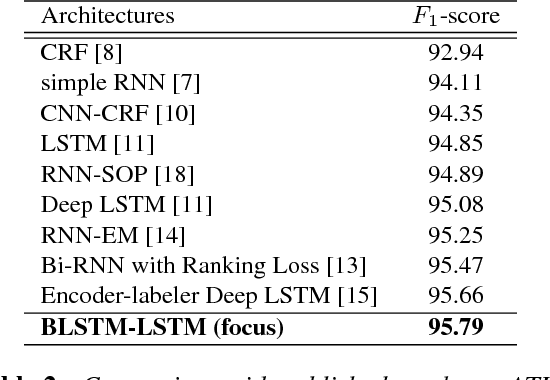 This paper investigates the framework of encoder-decoder with attention for sequence labelling based spoken language understanding. We introduce Bidirectional Long Short Term Memory - Long Short Term Memory networks (BLSTM-LSTM) as the encoder-decoder model to fully utilize the power of deep learning. In the sequence labelling task, the input and output sequences are aligned word by word, while the attention mechanism cannot provide the exact alignment. To address this limitation, we propose a novel focus mechanism for encoder-decoder framework. Experiments on the standard ATIS dataset showed that BLSTM-LSTM with focus mechanism defined the new state-of-the-art by outperforming standard BLSTM and attention based encoder-decoder. Further experiments also show that the proposed model is more robust to speech recognition errors. 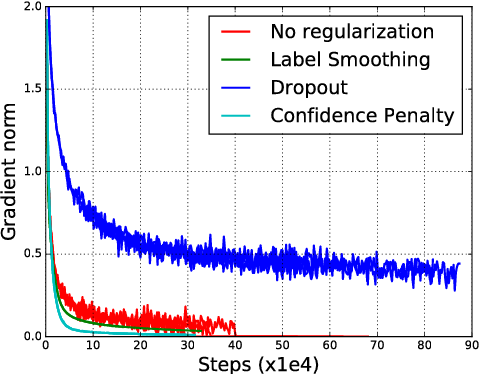 We systematically explore regularizing neural networks by penalizing low entropy output distributions. We show that penalizing low entropy output distributions, which has been shown to improve exploration in reinforcement learning, acts as a strong regularizer in supervised learning. Furthermore, we connect a maximum entropy based confidence penalty to label smoothing through the direction of the KL divergence. We exhaustively evaluate the proposed confidence penalty and label smoothing on 6 common benchmarks: image classification (MNIST and Cifar-10), language modeling (Penn Treebank), machine translation (WMT'14 English-to-German), and speech recognition (TIMIT and WSJ). We find that both label smoothing and the confidence penalty improve state-of-the-art models across benchmarks without modifying existing hyperparameters, suggesting the wide applicability of these regularizers. 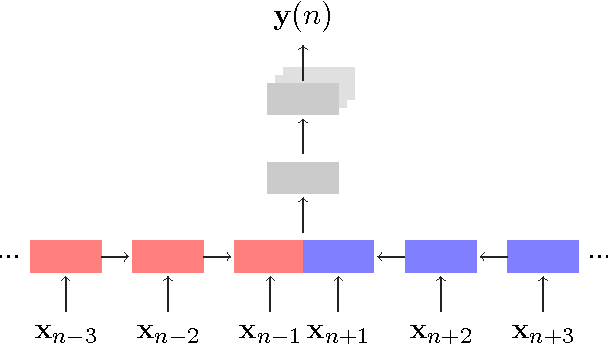 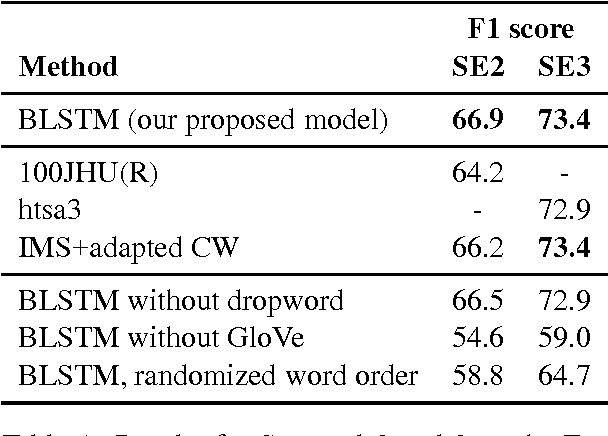 In this paper we present a clean, yet effective, model for word sense disambiguation. Our approach leverage a bidirectional long short-term memory network which is shared between all words. This enables the model to share statistical strength and to scale well with vocabulary size. The model is trained end-to-end, directly from the raw text to sense labels, and makes effective use of word order. We evaluate our approach on two standard datasets, using identical hyperparameter settings, which are in turn tuned on a third set of held out data. We employ no external resources (e.g. knowledge graphs, part-of-speech tagging, etc), language specific features, or hand crafted rules, but still achieve statistically equivalent results to the best state-of-the-art systems, that employ no such limitations. 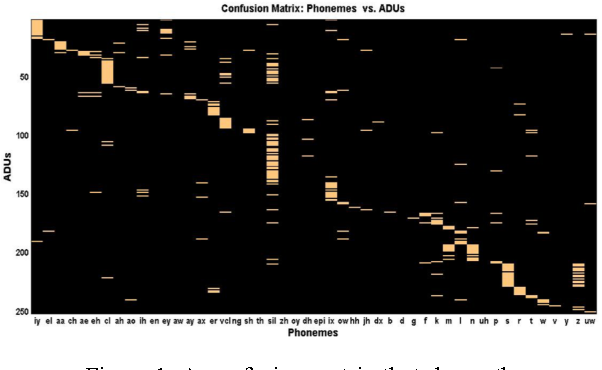 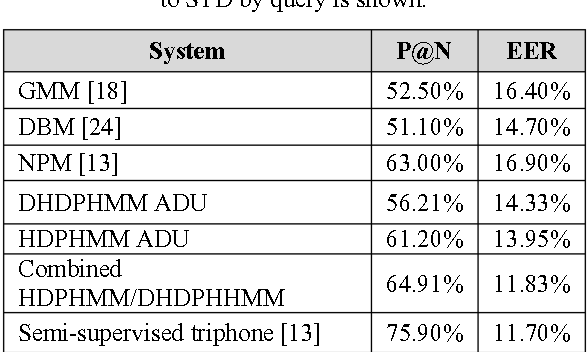 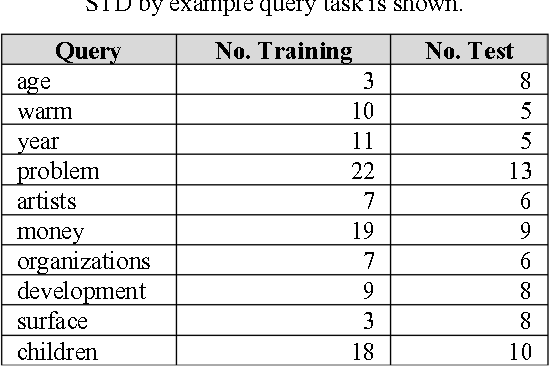 State of the art speech recognition systems use data-intensive context-dependent phonemes as acoustic units. However, these approaches do not translate well to low resourced languages where large amounts of training data is not available. For such languages, automatic discovery of acoustic units is critical. In this paper, we demonstrate the application of nonparametric Bayesian models to acoustic unit discovery. We show that the discovered units are correlated with phonemes and therefore are linguistically meaningful. We also present a spoken term detection (STD) by example query algorithm based on these automatically learned units. We show that our proposed system produces a [email protected] of 61.2% and an EER of 13.95% on the TIMIT dataset. The improvement in the EER is 5% while [email protected] is only slightly lower than the best reported system in the literature.

Sentiment Analysis: How to Derive Prior Polarities from SentiWordNet 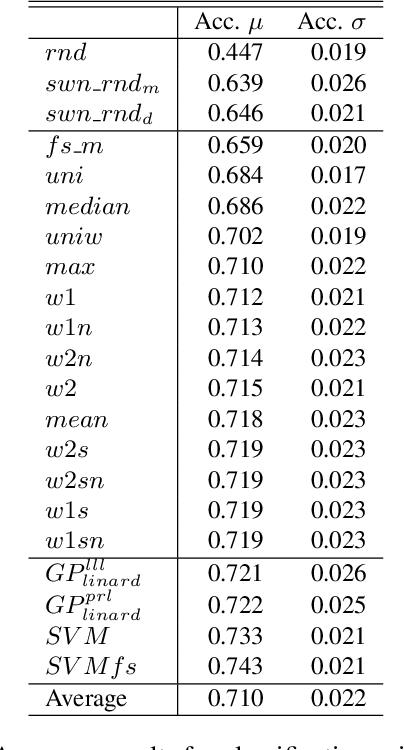 Assigning a positive or negative score to a word out of context (i.e. a word's prior polarity) is a challenging task for sentiment analysis. In the literature, various approaches based on SentiWordNet have been proposed. In this paper, we compare the most often used techniques together with newly proposed ones and incorporate all of them in a learning framework to see whether blending them can further improve the estimation of prior polarity scores. Using two different versions of SentiWordNet and testing regression and classification models across tasks and datasets, our learning approach consistently outperforms the single metrics, providing a new state-of-the-art approach in computing words' prior polarity for sentiment analysis. We conclude our investigation showing interesting biases in calculated prior polarity scores when word Part of Speech and annotator gender are considered.

Conversion of Braille to Text in English, Hindi and Tamil Languages 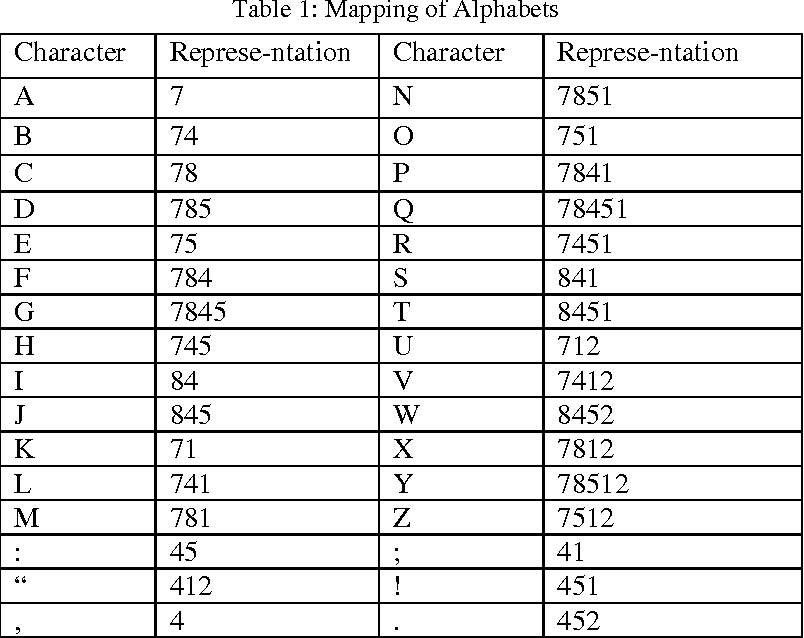 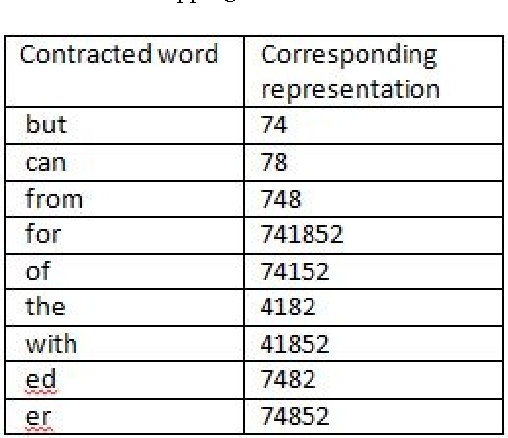 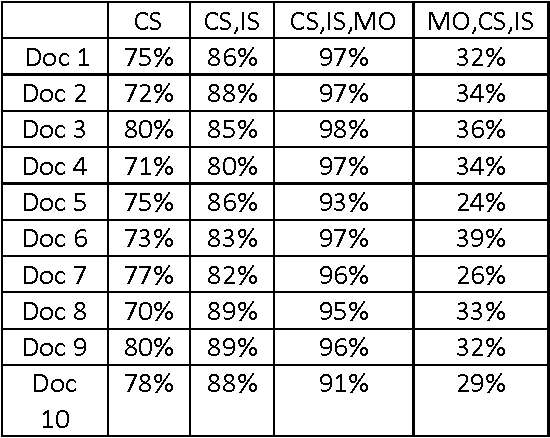 The Braille system has been used by the visually impaired for reading and writing. Due to limited availability of the Braille text books an efficient usage of the books becomes a necessity. This paper proposes a method to convert a scanned Braille document to text which can be read out to many through the computer. The Braille documents are pre processed to enhance the dots and reduce the noise. The Braille cells are segmented and the dots from each cell is extracted and converted in to a number sequence. These are mapped to the appropriate alphabets of the language. The converted text is spoken out through a speech synthesizer. The paper also provides a mechanism to type the Braille characters through the number pad of the keyboard. The typed Braille character is mapped to the alphabet and spoken out. The Braille cell has a standard representation but the mapping differs for each language. In this paper mapping of English, Hindi and Tamil are considered.