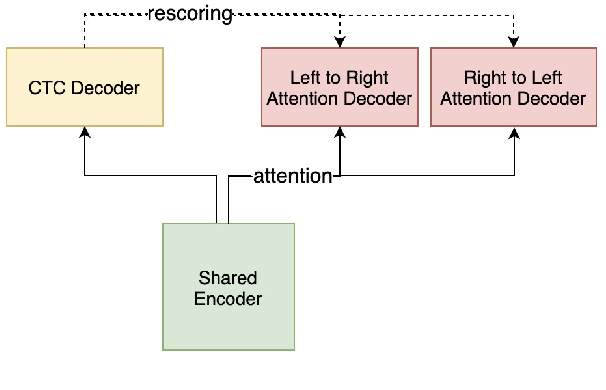 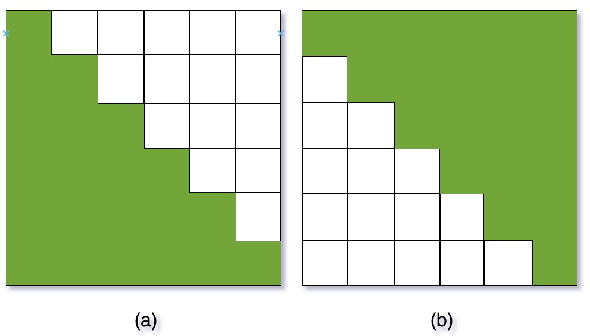 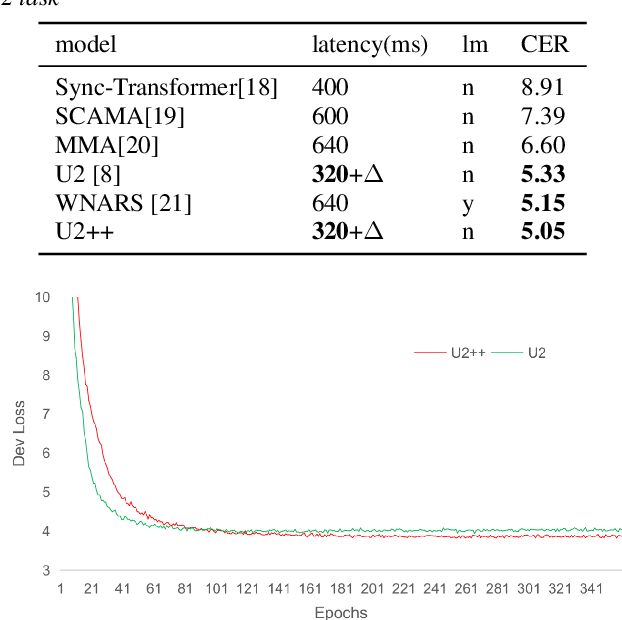 The unified streaming and non-streaming two-pass (U2) end-to-end model for speech recognition has shown great performance in terms of streaming capability, accuracy, real-time factor (RTF), and latency. In this paper, we present U2++, an enhanced version of U2 to further improve the accuracy. The core idea of U2++ is to use the forward and the backward information of the labeling sequences at the same time at training to learn richer information, and combine the forward and backward prediction at decoding to give more accurate recognition results. We also proposed a new data augmentation method called SpecSub to help the U2++ model to be more accurate and robust. Our experiments show that, compared with U2, U2++ shows faster convergence at training, better robustness to the decoding method, as well as consistent 5\% - 8\% word error rate reduction gain over U2. On the experiment of AISHELL-1, we achieve a 4.63\% character error rate (CER) with a non-streaming setup and 5.05\% with a streaming setup with 320ms latency by U2++. To the best of our knowledge, 5.05\% is the best-published streaming result on the AISHELL-1 test set.

In this paper, we propose a single multi-task learning framework to perform End-to-End (E2E) speech recognition (ASR) and accent recognition (AR) simultaneously. The proposed framework is not only more compact but can also yield comparable or even better results than standalone systems. Specifically, we found that the overall performance is predominantly determined by the ASR task, and the E2E-based ASR pretraining is essential to achieve improved performance, particularly for the AR task. Additionally, we conduct several analyses of the proposed method. First, though the objective loss for the AR task is much smaller compared with its counterpart of ASR task, a smaller weighting factor with the AR task in the joint objective function is necessary to yield better results for each task. Second, we found that sharing only a few layers of the encoder yields better AR results than sharing the overall encoder. Experimentally, the proposed method produces WER results close to the best standalone E2E ASR ones, while it achieves 7.7% and 4.2% relative improvement over standalone and single-task-based joint recognition methods on test set for accent recognition respectively. 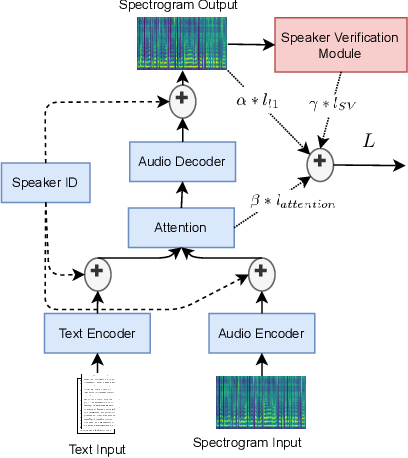 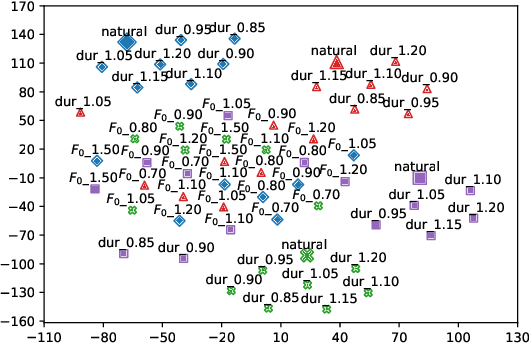 Building multispeaker neural network-based text-to-speech synthesis systems commonly relies on the availability of large amounts of high quality recordings from each speaker and conditioning the training process on the speaker's identity or on a learned representation of it. However, when little data is available from each speaker, or the number of speakers is limited, the multispeaker TTS can be hard to train and will result in poor speaker similarity and naturalness. In order to address this issue, we explore two directions: forcing the network to learn a better speaker identity representation by appending an additional loss term; and augmenting the input data pertaining to each speaker using waveform manipulation methods. We show that both methods are efficient when evaluated with both objective and subjective measures. The additional loss term aids the speaker similarity, while the data augmentation improves the intelligibility of the multispeaker TTS system. 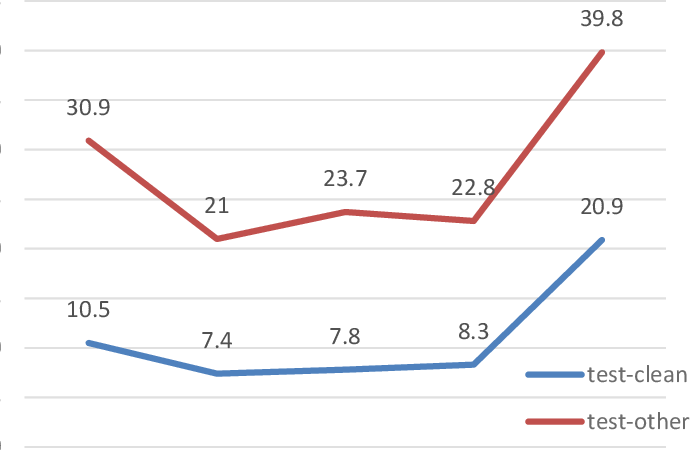 In this paper, we present an end-to-end automatic speech recognition system, which successfully employs subword units in a hybrid CTC-Attention based system. The subword units are obtained by the byte-pair encoding (BPE) compression algorithm. Compared to using words as modeling units, using characters or subword units does not suffer from the out-of-vocabulary (OOV) problem. Furthermore, using subword units further offers a capability in modeling longer context than using characters. We evaluate different systems over the LibriSpeech 1000h dataset. The subword-based hybrid CTC-Attention system obtains 6.8% word error rate (WER) on the test_clean subset without any dictionary or external language model. This represents a significant improvement (a 12.8% WER relative reduction) over the character-based hybrid CTC-Attention system. 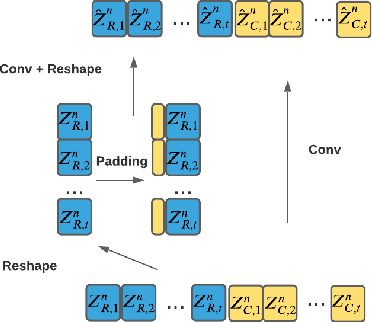 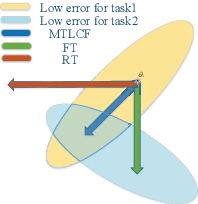 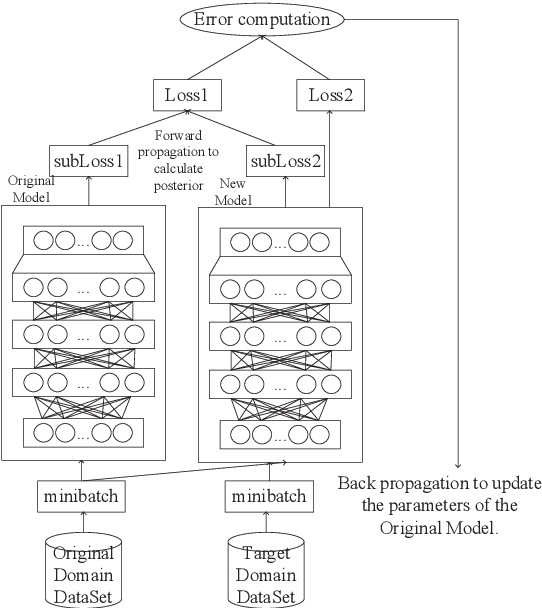 Recently, data-driven based Automatic Speech Recognition (ASR) systems have achieved state-of-the-art results. And transfer learning is often used when those existing systems are adapted to the target domain, e.g., fine-tuning, retraining. However, in the processes, the system parameters may well deviate too much from the previously learned parameters. Thus, it is difficult for the system training process to learn knowledge from target domains meanwhile not forgetting knowledge from the previous learning process, which is called as catastrophic forgetting (CF). In this paper, we attempt to solve the CF problem with the lifelong learning and propose a novel multi-task learning (MTL) training framework for ASR. It considers reserving original knowledge and learning new knowledge as two independent tasks, respectively. On the one hand, we constrain the new parameters not to deviate too far from the original parameters and punish the new system when forgetting original knowledge. On the other hand, we force the new system to solve new knowledge quickly. Then, a MTL mechanism is employed to get the balance between the two tasks. We applied our method to an End2End ASR task and obtained the best performance in both target and original datasets. 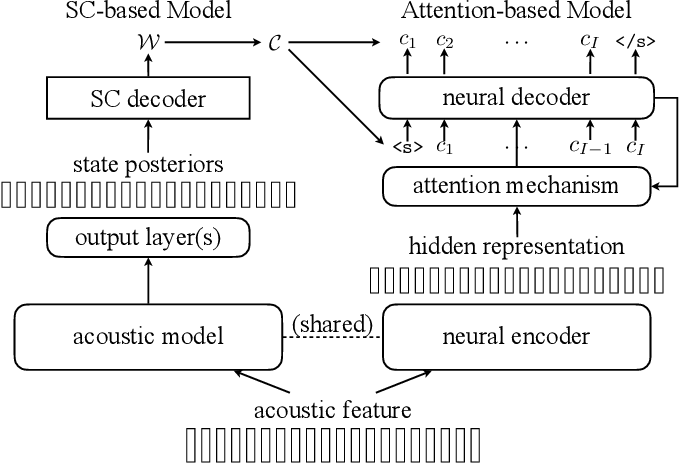 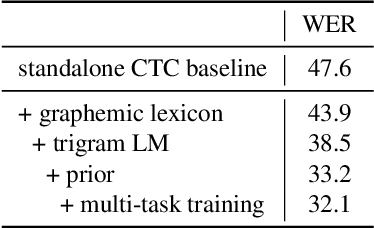 This paper proposes a novel automatic speech recognition (ASR) framework called Integrated Source-Channel and Attention (ISCA) that combines the advantages of traditional systems based on the noisy source-channel model (SC) and end-to-end style systems using attention-based sequence-to-sequence models. The traditional SC system framework includes hidden Markov models and connectionist temporal classification (CTC) based acoustic models, language models (LMs), and a decoding procedure based on a lexicon, whereas the end-to-end style attention-based system jointly models the whole process with a single model. By rescoring the hypotheses produced by traditional systems using end-to-end style systems based on an extended noisy source-channel model, ISCA allows structured knowledge to be easily incorporated via the SC-based model while exploiting the complementarity of the attention-based model. Experiments on the AMI meeting corpus show that ISCA is able to give a relative word error rate reduction up to 21% over an individual system, and by 13% over an alternative method which also involves combining CTC and attention-based models. 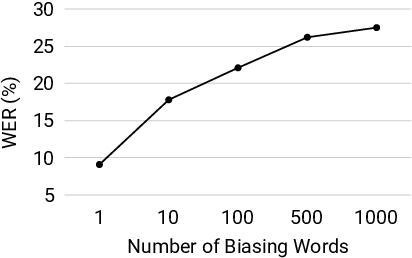 Contextual automatic speech recognition, i.e., biasing recognition towards a given context (e.g. user's playlists, or contacts), is challenging in end-to-end (E2E) models. Such models maintain a limited number of candidates during beam-search decoding, and have been found to recognize rare named entities poorly. The problem is exacerbated when biasing towards proper nouns in foreign languages, e.g., geographic location names, which are virtually unseen in training and are thus out-of-vocabulary (OOV). While grapheme or wordpiece E2E models might have a difficult time spelling OOV words, phonemes are more acoustically salient and past work has shown that E2E phoneme models can better predict such words. In this work, we propose an E2E model containing both English wordpieces and phonemes in the modeling space, and perform contextual biasing of foreign words at the phoneme level by mapping pronunciations of foreign words into similar English phonemes. In experimental evaluations, we find that the proposed approach performs 16% better than a grapheme-only biasing model, and 8% better than a wordpiece-only biasing model on a foreign place name recognition task, with only slight degradation on regular English tasks.