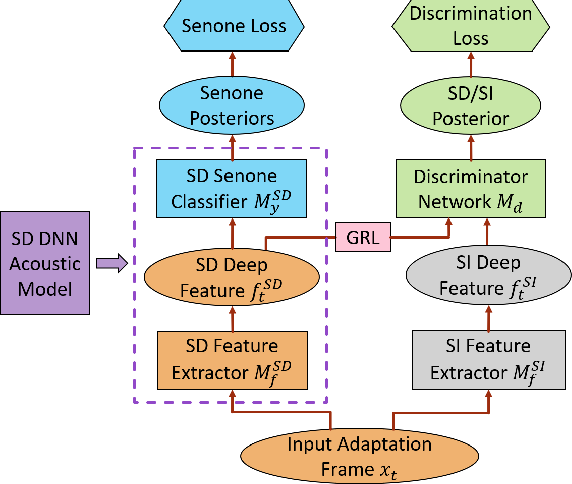 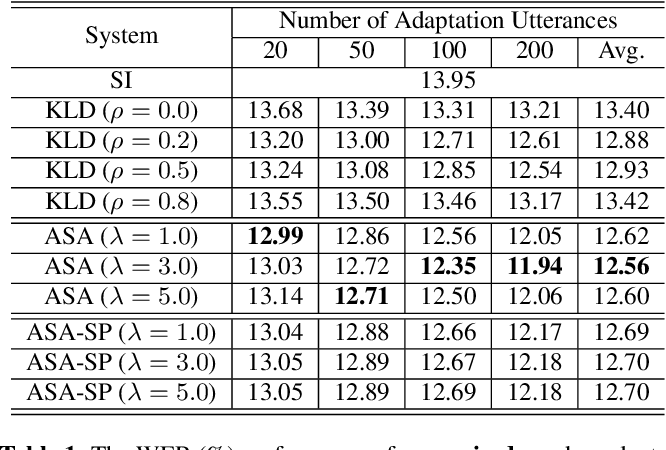 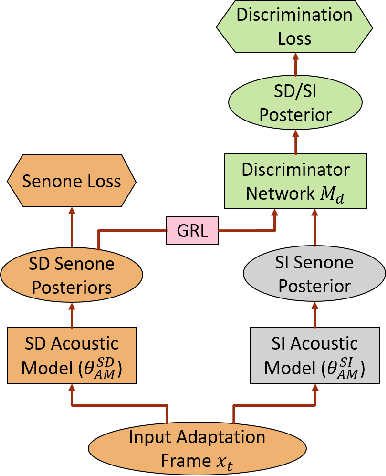 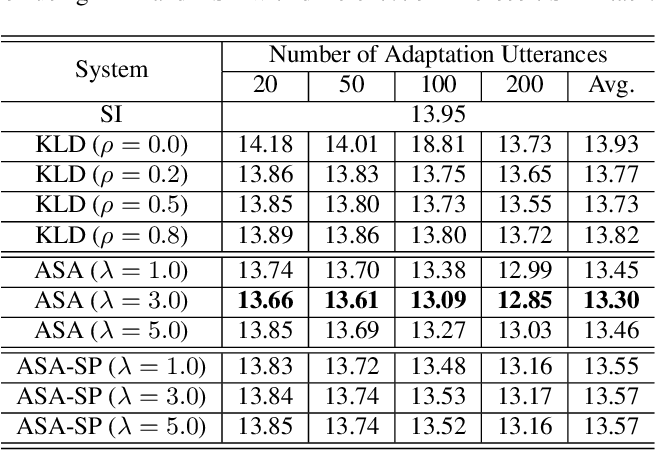 We propose a novel adversarial speaker adaptation (ASA) scheme, in which adversarial learning is applied to regularize the distribution of deep hidden features in a speaker-dependent (SD) deep neural network (DNN) acoustic model to be close to that of a fixed speaker-independent (SI) DNN acoustic model during adaptation. An additional discriminator network is introduced to distinguish the deep features generated by the SD model from those produced by the SI model. In ASA, with a fixed SI model as the reference, an SD model is jointly optimized with the discriminator network to minimize the senone classification loss, and simultaneously to mini-maximize the SI/SD discrimination loss on the adaptation data. With ASA, a senone-discriminative deep feature is learned in the SD model with a similar distribution to that of the SI model. With such a regularized and adapted deep feature, the SD model can perform improved automatic speech recognition on the target speaker's speech. Evaluated on the Microsoft short message dictation dataset, ASA achieves 14.4% and 7.9% relative word error rate improvements for supervised and unsupervised adaptation, respectively, over an SI model trained from 2600 hours data, with 200 adaptation utterances per speaker. 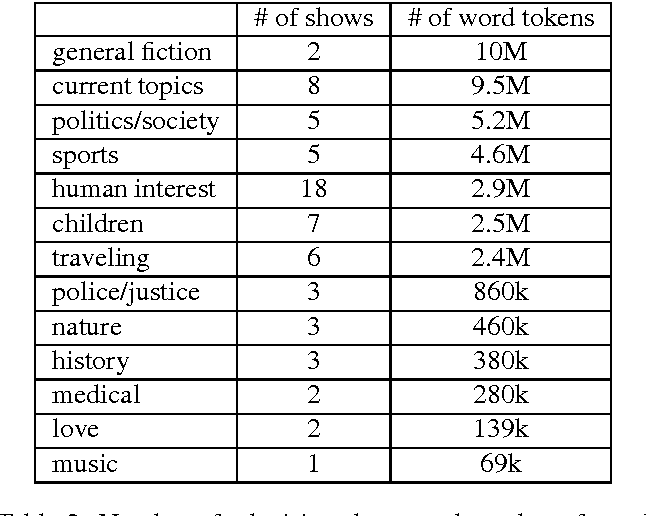 In Flanders, all TV shows are subtitled. However, the process of subtitling is a very time-consuming one and can be sped up by providing the output of a speech recognizer run on the audio of the TV show, prior to the subtitling. Naturally, this speech recognition will perform much better if the employed language model is adapted to the register and the topic of the program. We present several language models trained on subtitles of television shows provided by the Flemish public-service broadcaster VRT. This data was gathered in the context of the project STON which has as purpose to facilitate the process of subtitling TV shows. One model is trained on all available data (46M word tokens), but we also trained models on a specific type of TV show or domain/topic. Language models of spoken language are quite rare due to the lack of training data. The size of this corpus is relatively large for a corpus of spoken language (compare with e.g. CGN which has 9M words), but still rather small for a language model. Thus, in practice it is advised to interpolate these models with a large background language model trained on written language. The models can be freely downloaded on http://www.esat.kuleuven.be/psi/spraak/downloads/. 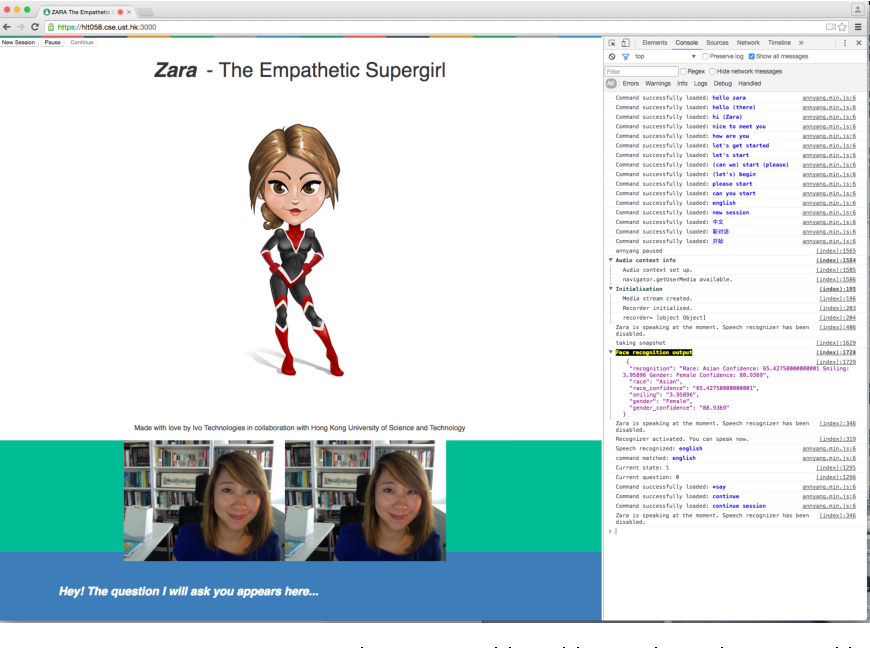 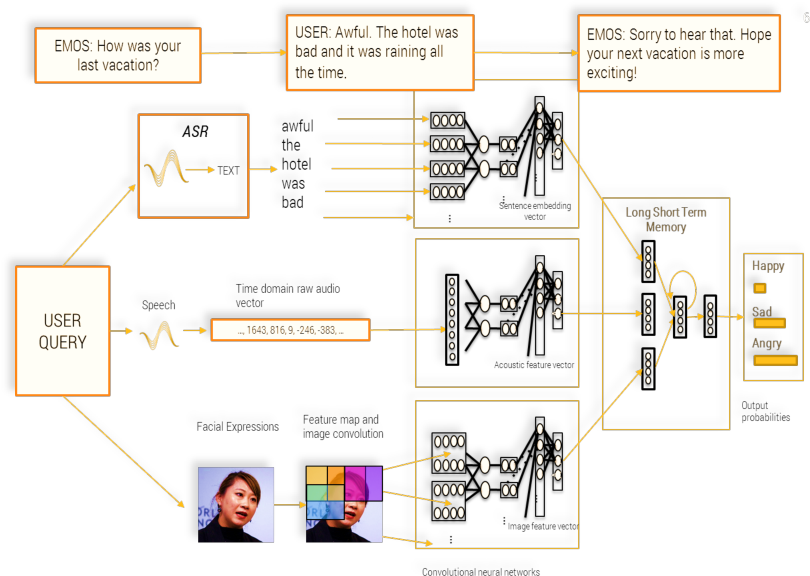 Since the late 1990s when speech companies began providing their customer-service software in the market, people have gotten used to speaking to machines. As people interact more often with voice and gesture controlled machines, they expect the machines to recognize different emotions, and understand other high level communication features such as humor, sarcasm and intention. In order to make such communication possible, the machines need an empathy module in them which can extract emotions from human speech and behavior and can decide the correct response of the robot. Although research on empathetic robots is still in the early stage, we described our approach using signal processing techniques, sentiment analysis and machine learning algorithms to make robots that can "understand" human emotion. We propose Zara the Supergirl as a prototype system of empathetic robots. It is a software based virtual android, with an animated cartoon character to present itself on the screen. She will get "smarter" and more empathetic through its deep learning algorithms, and by gathering more data and learning from it. In this paper, we present our work so far in the areas of deep learning of emotion and sentiment recognition, as well as humor recognition. We hope to explore the future direction of android development and how it can help improve people's lives. 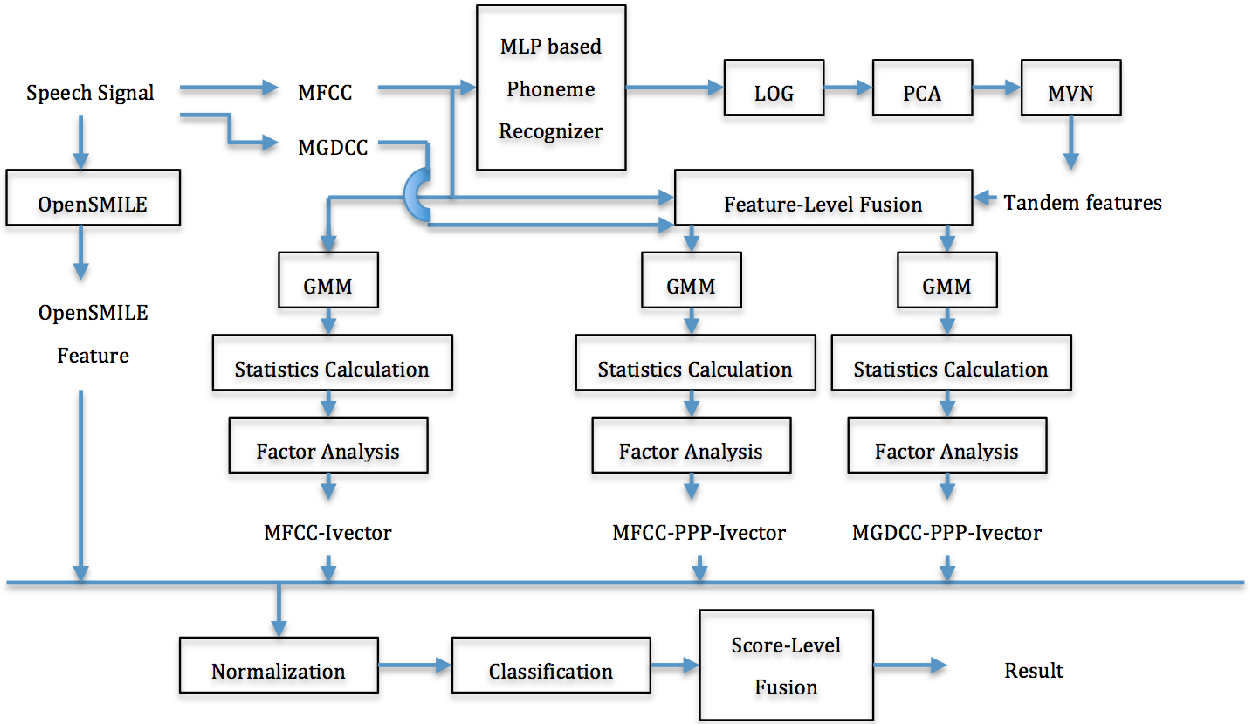 Many existing speaker verification systems are reported to be vulnerable against different spoofing attacks, for example speaker-adapted speech synthesis, voice conversion, play back, etc. In order to detect these spoofed speech signals as a countermeasure, we propose a score level fusion approach with several different i-vector subsystems. We show that the acoustic level Mel-frequency cepstral coefficients (MFCC) features, the phase level modified group delay cepstral coefficients (MGDCC) and the phonetic level phoneme posterior probability (PPP) tandem features are effective for the countermeasure. Furthermore, feature level fusion of these features before i-vector modeling also enhance the performance. A polynomial kernel support vector machine is adopted as the supervised classifier. In order to enhance the generalizability of the countermeasure, we also adopted the cosine similarity and PLDA scoring as one-class classifications methods. By combining the proposed i-vector subsystems with the OpenSMILE baseline which covers the acoustic and prosodic information further improves the final performance. The proposed fusion system achieves 0.29% and 3.26% EER on the development and test set of the database provided by the INTERSPEECH 2015 automatic speaker verification spoofing and countermeasures challenge.

Recent progress in NLP is driven by pretrained models leveraging massive datasets and has predominantly benefited the world's political and economic superpowers. Technologically underserved languages are left behind because they lack such resources. Hundreds of underserved languages, nevertheless, have available data sources in the form of interlinear glossed text (IGT) from language documentation efforts. IGT remains underutilized in NLP work, perhaps because its annotations are only semi-structured and often language-specific. With this paper, we make the case that IGT data can be leveraged successfully provided that target language expertise is available. We specifically advocate for collaboration with documentary linguists. Our paper provides a roadmap for successful projects utilizing IGT data: (1) It is essential to define which NLP tasks can be accomplished with the given IGT data and how these will benefit the speech community. (2) Great care and target language expertise is required when converting the data into structured formats commonly employed in NLP. (3) Task-specific and user-specific evaluation can help to ascertain that the tools which are created benefit the target language speech community. We illustrate each step through a case study on developing a morphological reinflection system for the Tsimchianic language Gitksan. 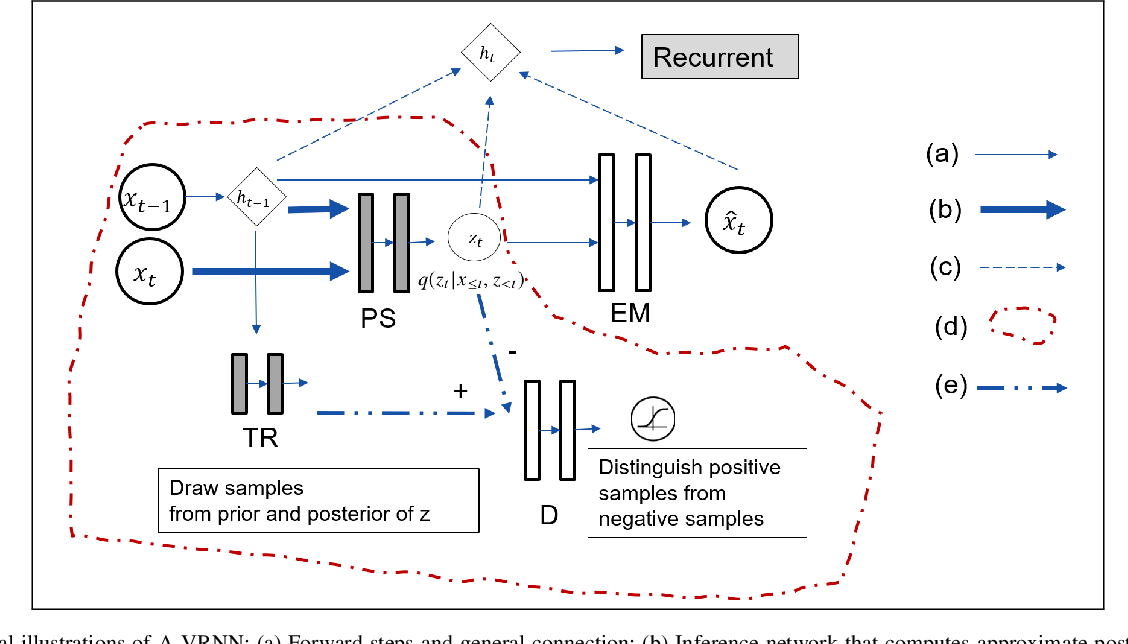 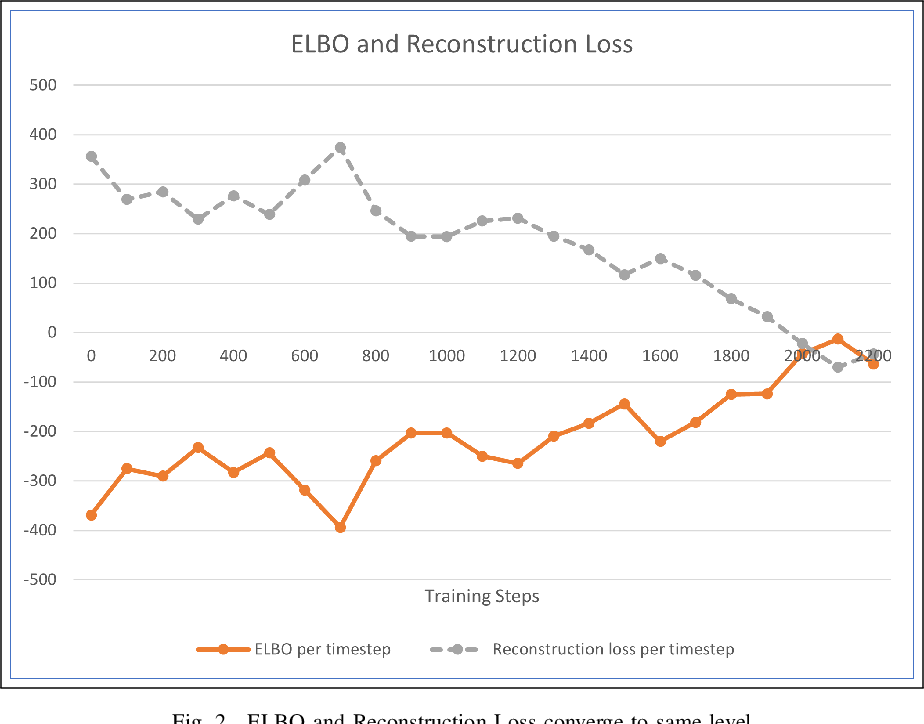 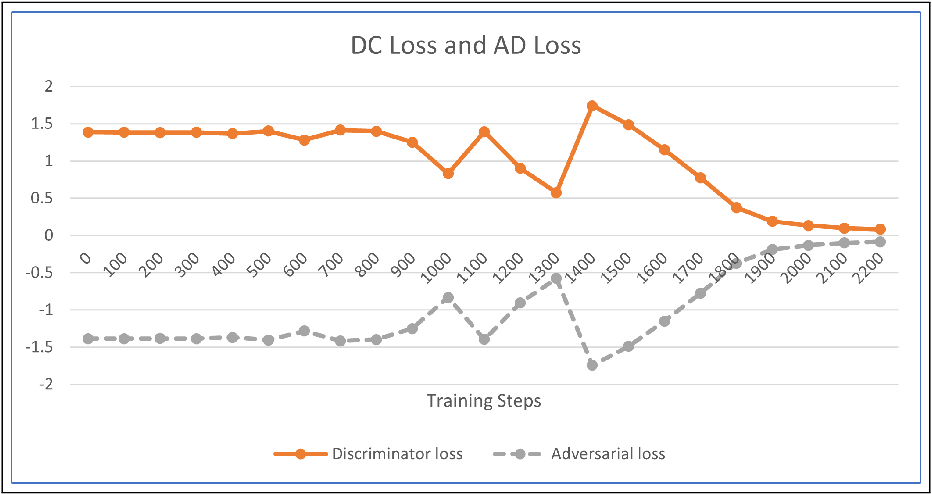 The recurrent neural networks (RNN) with richly distributed internal states and flexible non-linear transition functions, have overtaken the dynamic Bayesian networks such as the hidden Markov models (HMMs) in the task of modeling highly structured sequential data. These data, such as from speech and handwriting, often contain complex relationships between the underlaying variational factors and the observed data. The standard RNN model has very limited randomness or variability in its structure, coming from the output conditional probability model. This paper will present different ways of using high level latent random variables in RNN to model the variability in the sequential data, and the training method of such RNN model under the VAE (Variational Autoencoder) principle. We will explore possible ways of using adversarial method to train a variational RNN model. Contrary to competing approaches, our approach has theoretical optimum in the model training and provides better model training stability. Our approach also improves the posterior approximation in the variational inference network by a separated adversarial training step. Numerical results simulated from TIMIT speech data show that reconstruction loss and evidence lower bound converge to the same level and adversarial training loss converges to 0. 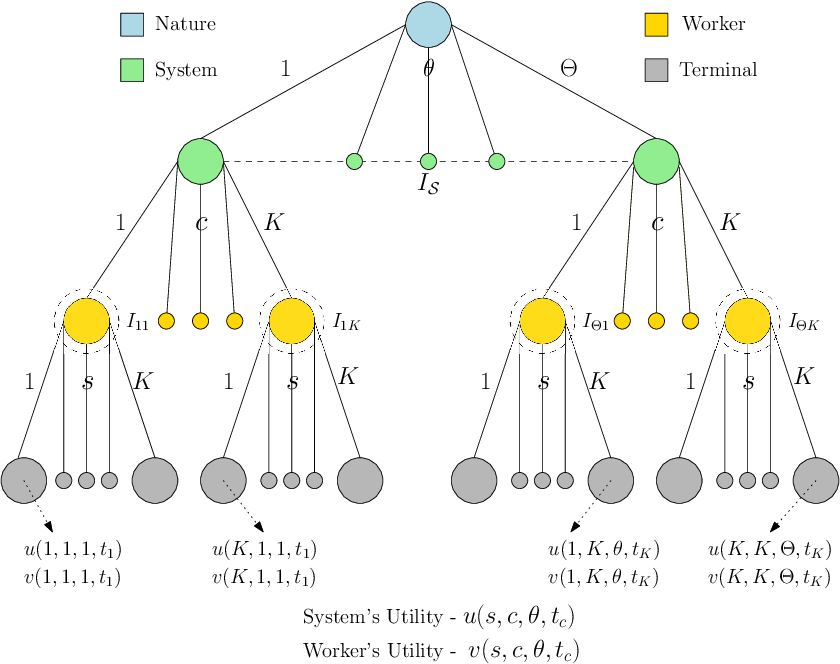 Crowdsourcing-based content moderation is a platform that hosts content moderation tasks for crowd workers to review user submissions (e.g. text, images and videos) and make decisions regarding the admissibility of the posted content, along with a gamut of other tasks such as image labeling and speech-to-text conversion. In an attempt to reduce cognitive overload at the workers and improve system efficiency, these platforms offer personalized task recommendations according to the worker's preferences. However, the current state-of-the-art recommendation systems disregard the effects on worker's mental health, especially when they are repeatedly exposed to content moderation tasks with extreme content (e.g. violent images, hate-speech). In this paper, we propose a novel, strategic recommendation system for the crowdsourcing platform that recommends jobs based on worker's mental status. Specifically, this paper models interaction between the crowdsourcing platform's recommendation system (leader) and the worker (follower) as a Bayesian Stackelberg game where the type of the follower corresponds to the worker's cognitive atrophy rate and task preferences. We discuss how rewards and costs should be designed to steer the game towards desired outcomes in terms of maximizing the platform's productivity, while simultaneously improving the working conditions of crowd workers.


* Presented at International Workshop on Autonomous Agents for Social Good (AASG), May 2021 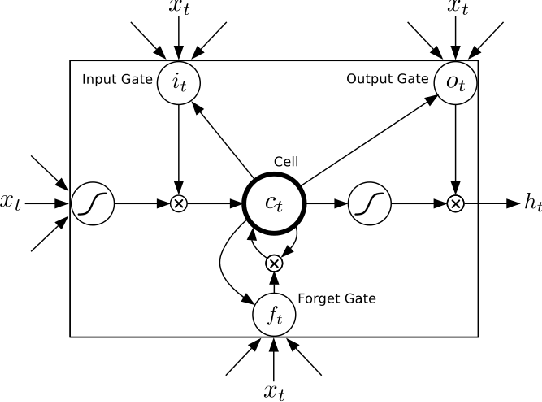 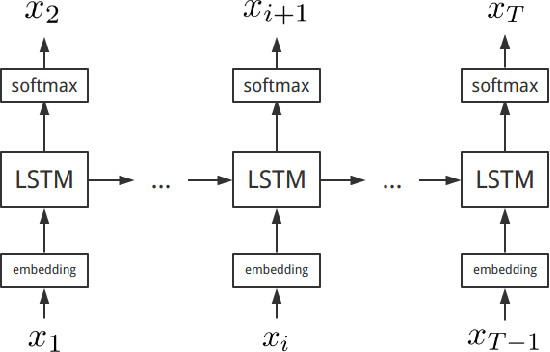 Language models (LM) play an important role in large vocabulary continuous speech recognition (LVCSR). However, traditional language models only predict next single word with given history, while the consecutive predictions on a sequence of words are usually demanded and useful in LVCSR. The mismatch between the single word prediction modeling in trained and the long term sequence prediction in read demands may lead to the performance degradation. In this paper, a novel enhanced long short-term memory (LSTM) LM using the future vector is proposed. In addition to the given history, the rest of the sequence will be also embedded by future vectors. This future vector can be incorporated with the LSTM LM, so it has the ability to model much longer term sequence level information. Experiments show that, the proposed new LSTM LM gets a better result on BLEU scores for long term sequence prediction. For the speech recognition rescoring, although the proposed LSTM LM obtains very slight gains, the new model seems obtain the great complementary with the conventional LSTM LM. Rescoring using both the new and conventional LSTM LMs can achieve a very large improvement on the word error rate. 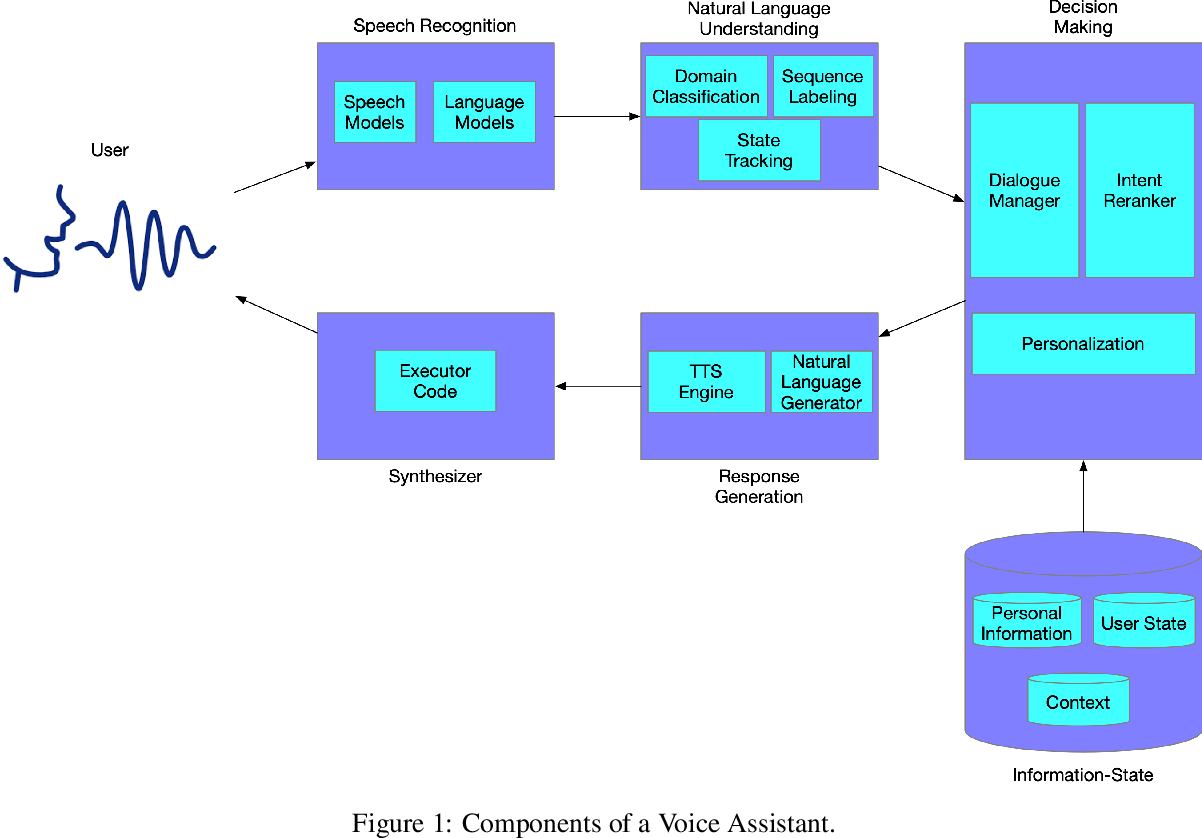 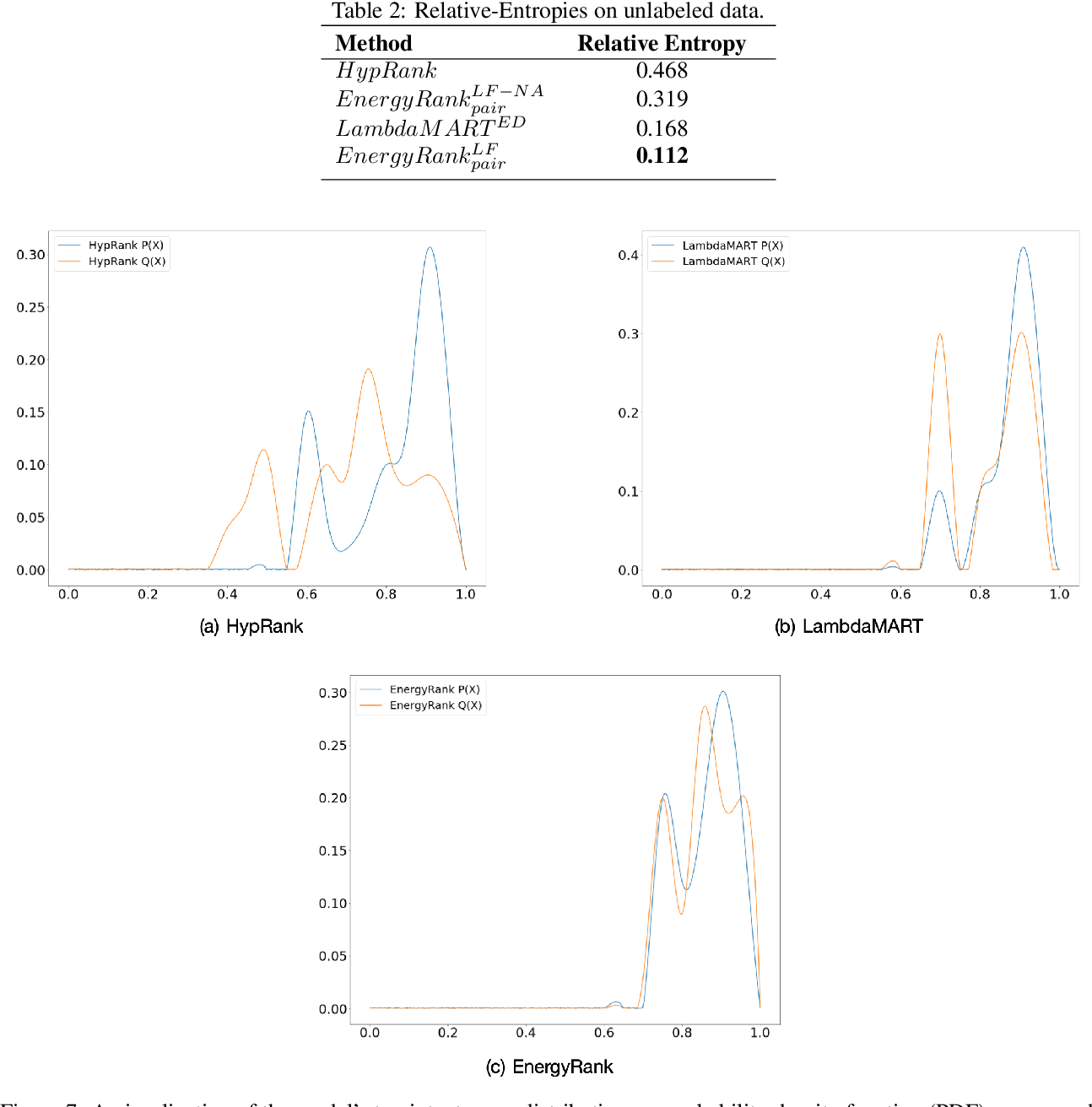 Voice Assistants aim to fulfill user requests by choosing the best intent from multiple options generated by its Automated Speech Recognition and Natural Language Understanding sub-systems. However, voice assistants do not always produce the expected results. This can happen because voice assistants choose from ambiguous intents - user-specific or domain-specific contextual information reduces the ambiguity of the user request. Additionally the user information-state can be leveraged to understand how relevant/executable a specific intent is for a user request. In this work, we propose a novel Energy-based model for the intent ranking task, where we learn an affinity metric and model the trade-off between extracted meaning from speech utterances and relevance/executability aspects of the intent. Furthermore we present a Multisource Denoising Autoencoder based pretraining that is capable of learning fused representations of data from multiple sources. We empirically show our approach outperforms existing state of the art methods by reducing the error-rate by 3.8%, which in turn reduces ambiguity and eliminates undesired dead-ends leading to better user experience. Finally, we evaluate the robustness of our algorithm on the intent ranking task and show our algorithm improves the robustness by 33.3%.