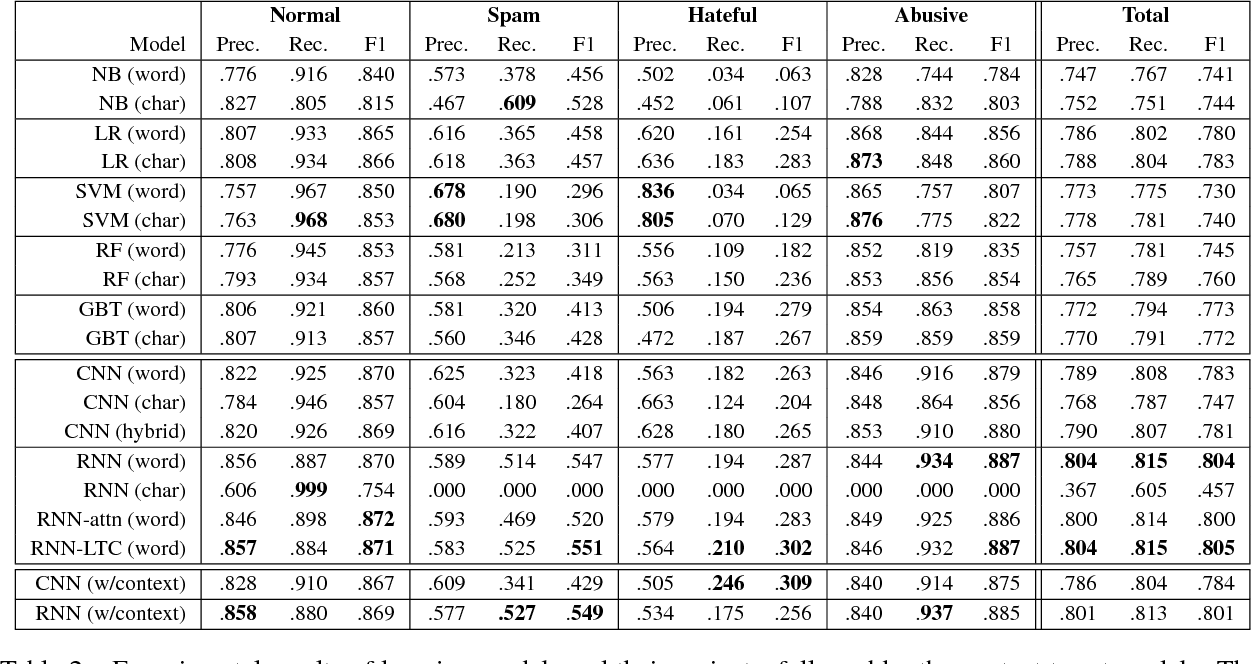 The context-dependent nature of online aggression makes annotating large collections of data extremely difficult. Previously studied datasets in abusive language detection have been insufficient in size to efficiently train deep learning models. Recently, Hate and Abusive Speech on Twitter, a dataset much greater in size and reliability, has been released. However, this dataset has not been comprehensively studied to its potential. In this paper, we conduct the first comparative study of various learning models on Hate and Abusive Speech on Twitter, and discuss the possibility of using additional features and context data for improvements. Experimental results show that bidirectional GRU networks trained on word-level features, with Latent Topic Clustering modules, is the most accurate model scoring 0.805 F1. 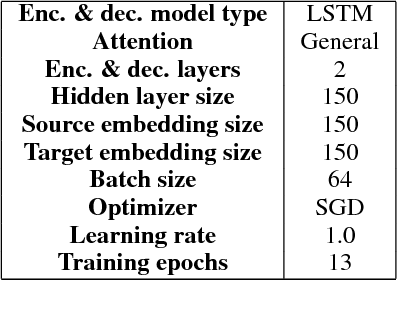 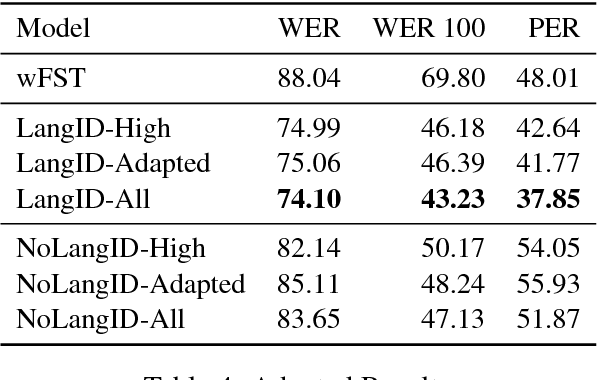 Grapheme-to-phoneme conversion (g2p) is necessary for text-to-speech and automatic speech recognition systems. Most g2p systems are monolingual: they require language-specific data or handcrafting of rules. Such systems are difficult to extend to low resource languages, for which data and handcrafted rules are not available. As an alternative, we present a neural sequence-to-sequence approach to g2p which is trained on spelling--pronunciation pairs in hundreds of languages. The system shares a single encoder and decoder across all languages, allowing it to utilize the intrinsic similarities between different writing systems. We show an 11% improvement in phoneme error rate over an approach based on adapting high-resource monolingual g2p models to low-resource languages. Our model is also much more compact relative to previous approaches.

Decoding with Finite-State Transducers on GPUs 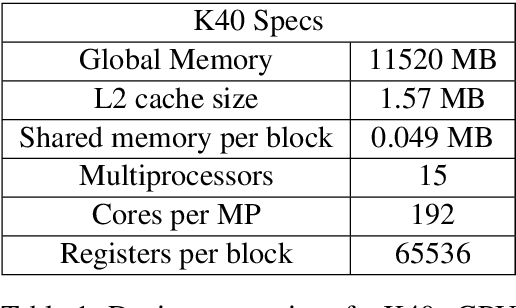 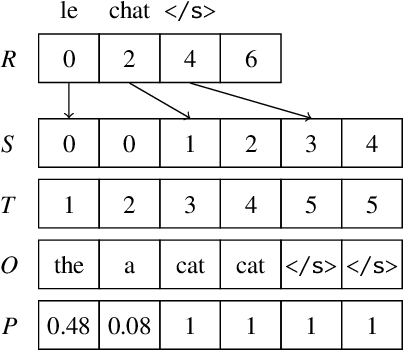 Weighted finite automata and transducers (including hidden Markov models and conditional random fields) are widely used in natural language processing (NLP) to perform tasks such as morphological analysis, part-of-speech tagging, chunking, named entity recognition, speech recognition, and others. Parallelizing finite state algorithms on graphics processing units (GPUs) would benefit many areas of NLP. Although researchers have implemented GPU versions of basic graph algorithms, limited previous work, to our knowledge, has been done on GPU algorithms for weighted finite automata. We introduce a GPU implementation of the Viterbi and forward-backward algorithm, achieving decoding speedups of up to 5.2x over our serial implementation running on different computer architectures and 6093x over OpenFST. 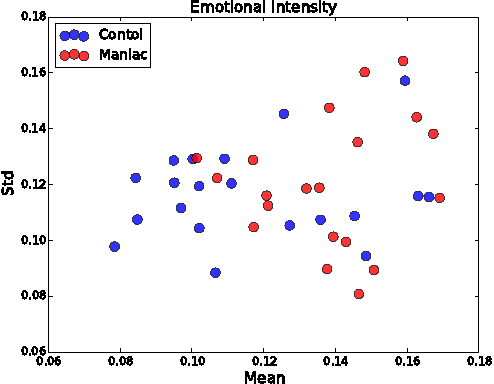 The massive availability of digital repositories of human thought opens radical novel way of studying the human mind. Natural language processing tools and computational models have evolved such that many mental conditions are predicted by analysing speech. Transcription of interviews and discourses are analyzed using syntactic, grammatical or sentiment analysis to infer the mental state. Here we set to investigate if classification of Bipolar and control subjects is possible. We develop the Emotion Intensity Index based on the Dictionary of Affect, and find that subjects categories are distinguishable. Using classical classification techniques we get more than 75\% of labeling performance. These results sumed to previous studies show that current automated speech analysis is capable of identifying altered mental states towards a quantitative psychiatry. 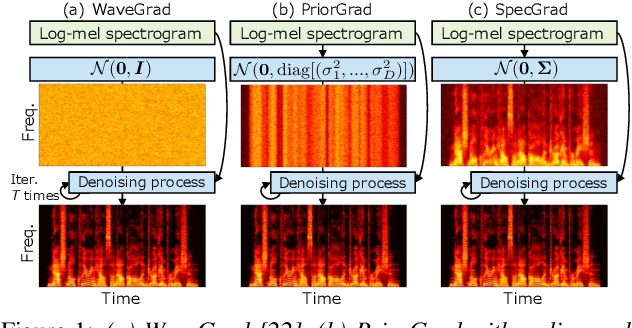 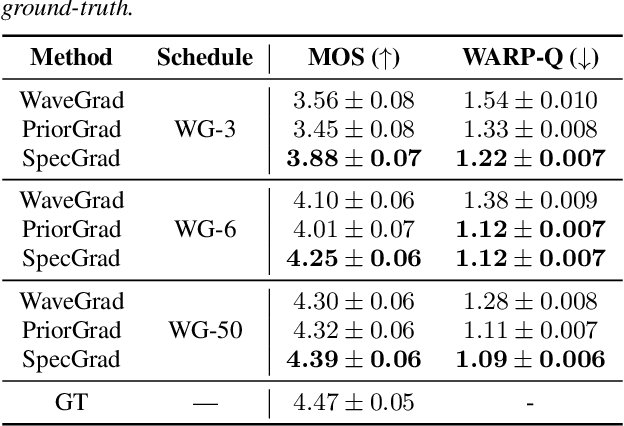 Neural vocoder using denoising diffusion probabilistic model (DDPM) has been improved by adaptation of the diffusion noise distribution to given acoustic features. In this study, we propose SpecGrad that adapts the diffusion noise so that its time-varying spectral envelope becomes close to the conditioning log-mel spectrogram. This adaptation by time-varying filtering improves the sound quality especially in the high-frequency bands. It is processed in the time-frequency domain to keep the computational cost almost the same as the conventional DDPM-based neural vocoders. Experimental results showed that SpecGrad generates higher-fidelity speech waveform than conventional DDPM-based neural vocoders in both analysis-synthesis and speech enhancement scenarios. Audio demos are available at wavegrad.github.io/specgrad/.

How Hateful are Movies? A Study and Prediction on Movie Subtitles 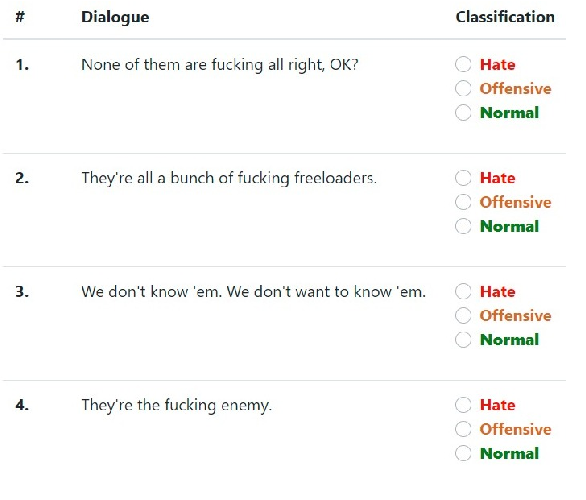 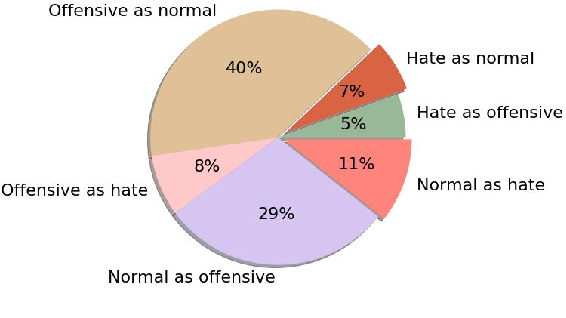 In this research, we investigate techniques to detect hate speech in movies. We introduce a new dataset collected from the subtitles of six movies, where each utterance is annotated either as hate, offensive or normal. We apply transfer learning techniques of domain adaptation and fine-tuning on existing social media datasets, namely from Twitter and Fox News. We evaluate different representations, i.e., Bag of Words (BoW), Bi-directional Long short-term memory (Bi-LSTM), and Bidirectional Encoder Representations from Transformers (BERT) on 11k movie subtitles. The BERT model obtained the best macro-averaged F1-score of 77%. Hence, we show that transfer learning from the social media domain is efficacious in classifying hate and offensive speech in movies through subtitles.

Distilling the Knowledge from Normalizing Flows 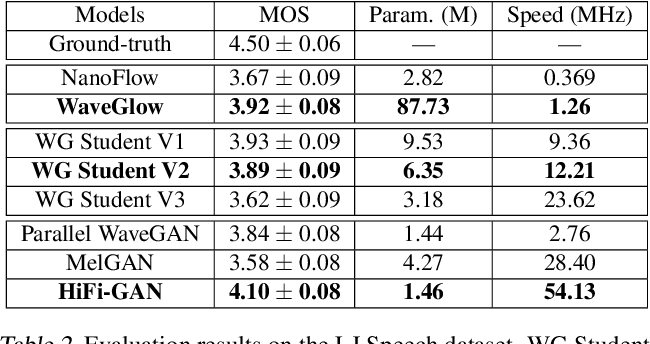 Normalizing flows are a powerful class of generative models demonstrating strong performance in several speech and vision problems. In contrast to other generative models, normalizing flows have tractable likelihoods and allow for stable training. However, they have to be carefully designed to represent invertible functions with efficient Jacobian determinant calculation. In practice, these requirements lead to overparameterized and sophisticated architectures that are inferior to alternative feed-forward models in terms of inference time and memory consumption. In this work, we investigate whether one can distill knowledge from flow-based models to more efficient alternatives. We provide a positive answer to this question by proposing a simple distillation approach and demonstrating its effectiveness on state-of-the-art conditional flow-based models for image super-resolution and speech synthesis.

Challenges and Considerations with Code-Mixed NLP for Multilingual Societies 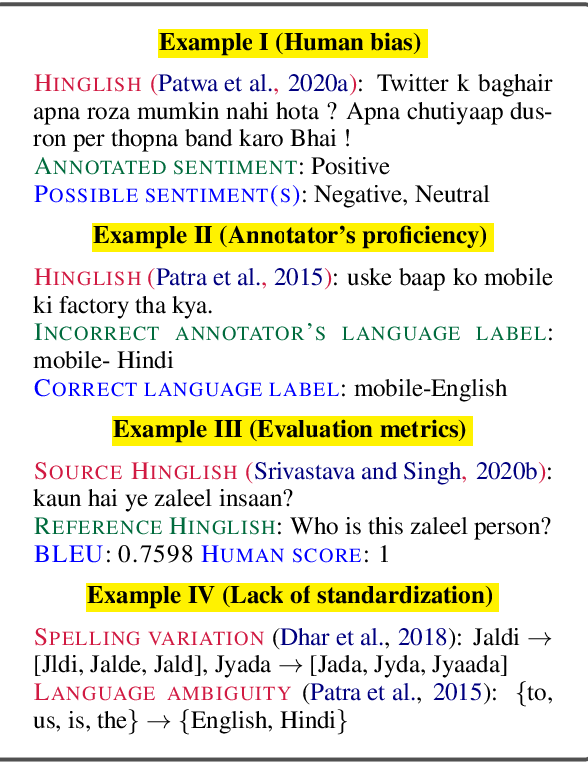 Multilingualism refers to the high degree of proficiency in two or more languages in the written and oral communication modes. It often results in language mixing, a.k.a. code-mixing, when a multilingual speaker switches between multiple languages in a single utterance of a text or speech. This paper discusses the current state of the NLP research, limitations, and foreseeable pitfalls in addressing five real-world applications for social good crisis management, healthcare, political campaigning, fake news, and hate speech for multilingual societies. We also propose futuristic datasets, models, and tools that can significantly advance the current research in multilingual NLP applications for the societal good. As a representative example, we consider English-Hindi code-mixing but draw similar inferences for other language pairs 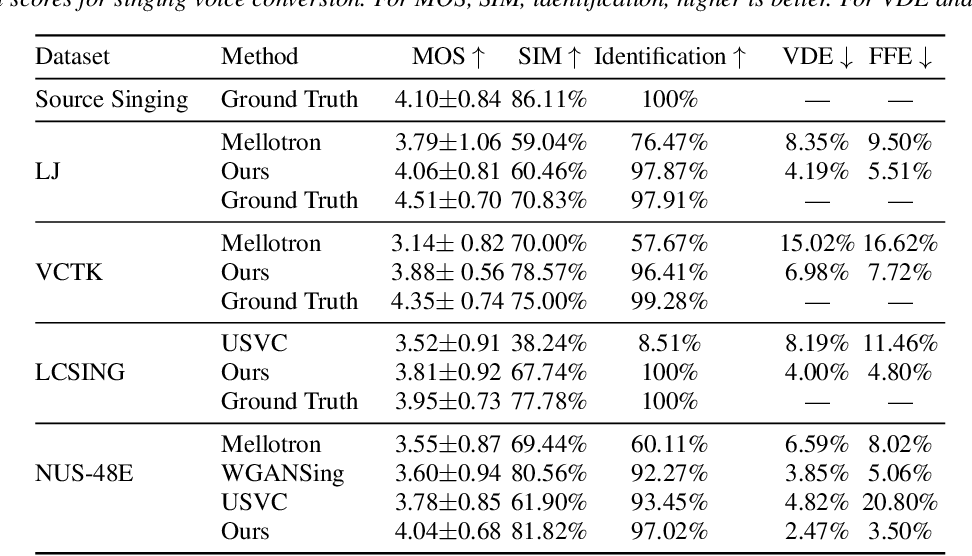 We present a wav-to-wav generative model for the task of singing voice conversion from any identity. Our method utilizes both an acoustic model, trained for the task of automatic speech recognition, together with melody extracted features to drive a waveform-based generator. The proposed generative architecture is invariant to the speaker's identity and can be trained to generate target singers from unlabeled training data, using either speech or singing sources. The model is optimized in an end-to-end fashion without any manual supervision, such as lyrics, musical notes or parallel samples. The proposed approach is fully-convolutional and can generate audio in real-time. Experiments show that our method significantly outperforms the baseline methods while generating convincingly better audio samples than alternative attempts.

We propose a new domain adaptation method for Combinatory Categorial Grammar (CCG) parsing, based on the idea of automatic generation of CCG corpora exploiting cheaper resources of dependency trees. Our solution is conceptually simple, and not relying on a specific parser architecture, making it applicable to the current best-performing parsers. We conduct extensive parsing experiments with detailed discussion; on top of existing benchmark datasets on (1) biomedical texts and (2) question sentences, we create experimental datasets of (3) speech conversation and (4) math problems. When applied to the proposed method, an off-the-shelf CCG parser shows significant performance gains, improving from 90.7% to 96.6% on speech conversation, and from 88.5% to 96.8% on math problems.