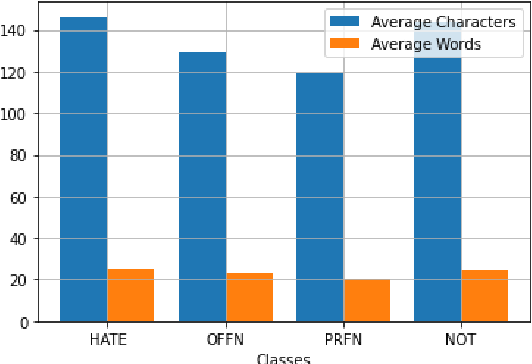 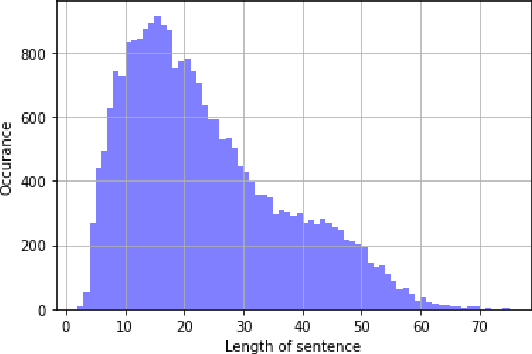 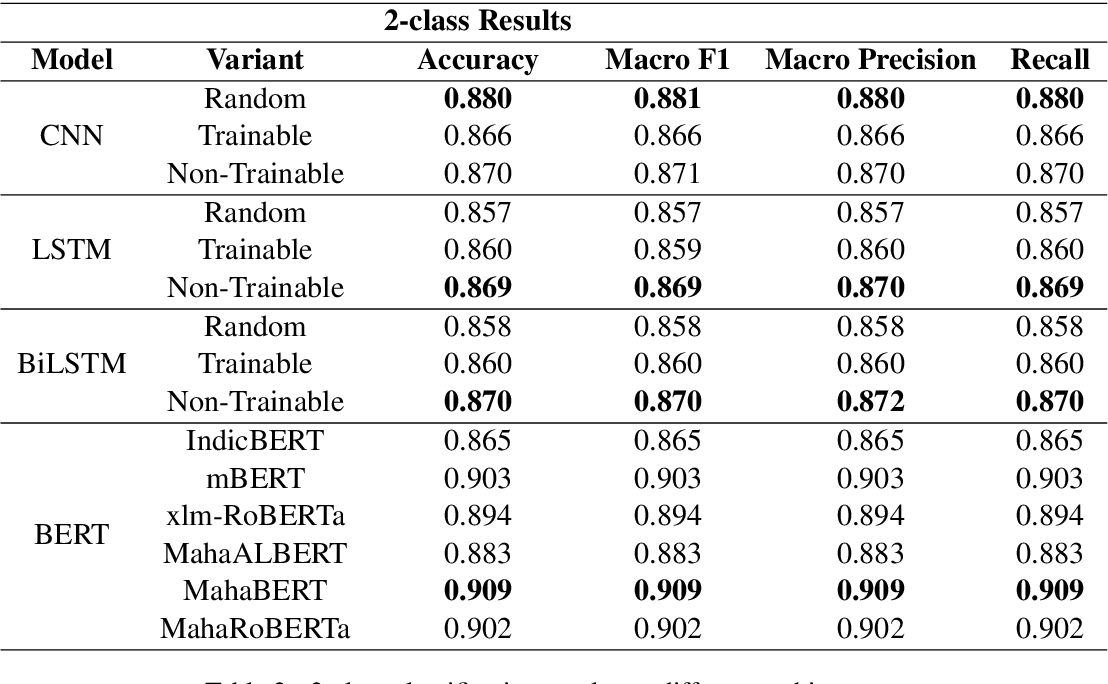 Social media platforms are used by a large number of people prominently to express their thoughts and opinions. However, these platforms have contributed to a substantial amount of hateful and abusive content as well. Therefore, it is important to curb the spread of hate speech on these platforms. In India, Marathi is one of the most popular languages used by a wide audience. In this work, we present L3Cube-MahaHate, the first major Hate Speech Dataset in Marathi. The dataset is curated from Twitter, annotated manually. Our dataset consists of over 25000 distinct tweets labeled into four major classes i.e hate, offensive, profane, and not. We present the approaches used for collecting and annotating the data and the challenges faced during the process. Finally, we present baseline classification results using deep learning models based on CNN, LSTM, and Transformers. We explore mono-lingual and multi-lingual variants of BERT like MahaBERT, IndicBERT, mBERT, and xlm-RoBERTa and show that mono-lingual models perform better than their multi-lingual counterparts. The MahaBERT model provides the best results on L3Cube-MahaHate Corpus. The data and models are available at https://github.com/l3cube-pune/MarathiNLP . 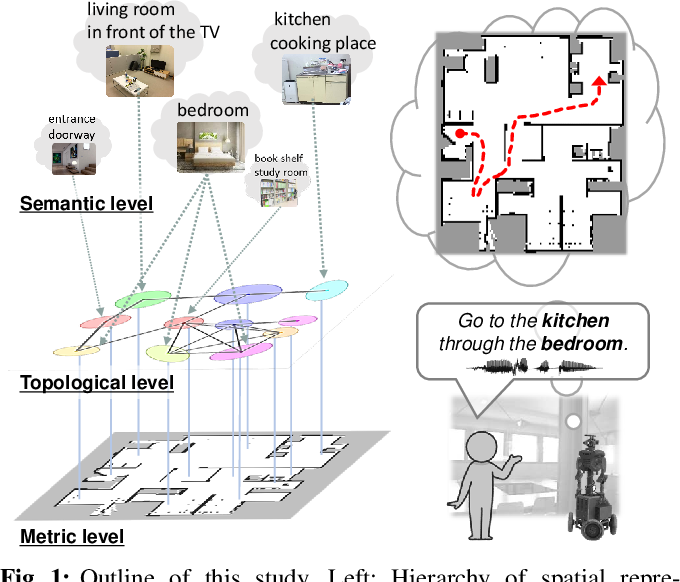 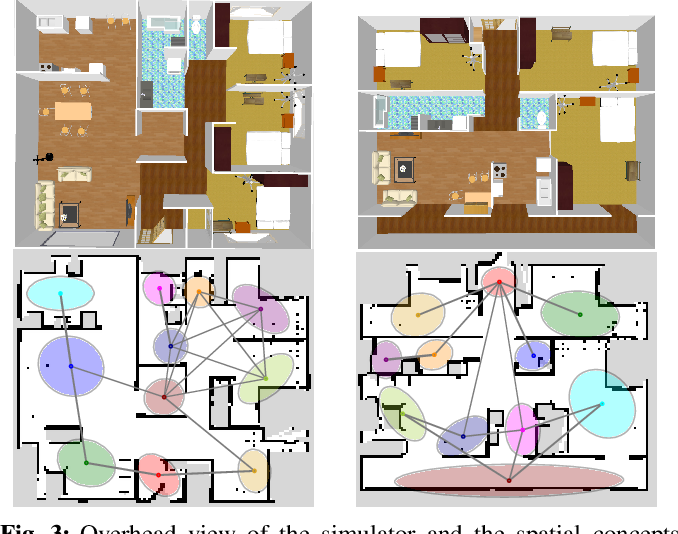 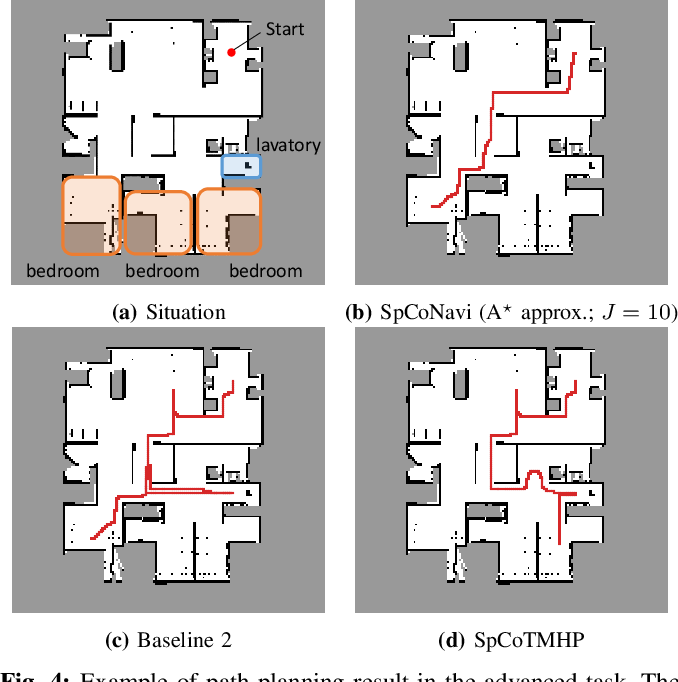 Navigating to destinations using human speech instructions is an important task for autonomous mobile robots that operate in the real world. Spatial representations include a semantic level that represents an abstracted location category, a topological level that represents their connectivity, and a metric level that depends on the structure of the environment. The purpose of this study is to realize a hierarchical spatial representation using a topometric semantic map and planning efficient paths through human-robot interactions. We propose a novel probabilistic generative model, SpCoTMHP, that forms a topometric semantic map that adapts to the environment and leads to hierarchical path planning. We also developed approximate inference methods for path planning, where the levels of the hierarchy can influence each other. The proposed path planning method is theoretically supported by deriving a formulation based on control as probabilistic inference. The navigation experiment using human speech instruction shows that the proposed spatial concept-based hierarchical path planning improves the performance and reduces the calculation cost compared with conventional methods. Hierarchical spatial representation provides a mutually understandable form for humans and robots to render language-based navigation tasks feasible. 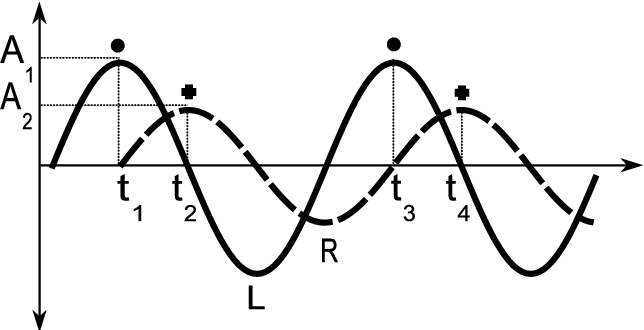 Inspired by the behavior of humans talking in noisy environments, we propose an embodied embedded cognition approach to improve automatic speech recognition (ASR) systems for robots in challenging environments, such as with ego noise, using binaural sound source localization (SSL). The approach is verified by measuring the impact of SSL with a humanoid robot head on the performance of an ASR system. More specifically, a robot orients itself toward the angle where the signal-to-noise ratio (SNR) of speech is maximized for one microphone before doing an ASR task. First, a spiking neural network inspired by the midbrain auditory system based on our previous work is applied to calculate the sound signal angle. Then, a feedforward neural network is used to handle high levels of ego noise and reverberation in the signal. Finally, the sound signal is fed into an ASR system. For ASR, we use a system developed by our group and compare its performance with and without the support from SSL. We test our SSL and ASR systems on two humanoid platforms with different structural and material properties. With our approach we halve the sentence error rate with respect to the common downmixing of both channels. Surprisingly, the ASR performance is more than two times better when the angle between the humanoid head and the sound source allows sound waves to be reflected most intensely from the pinna to the ear microphone, rather than when sound waves arrive perpendicularly to the membrane. 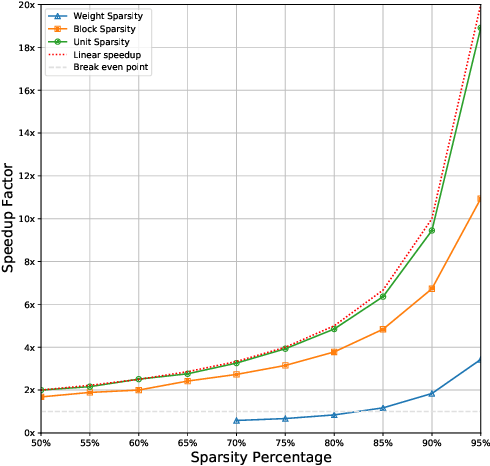 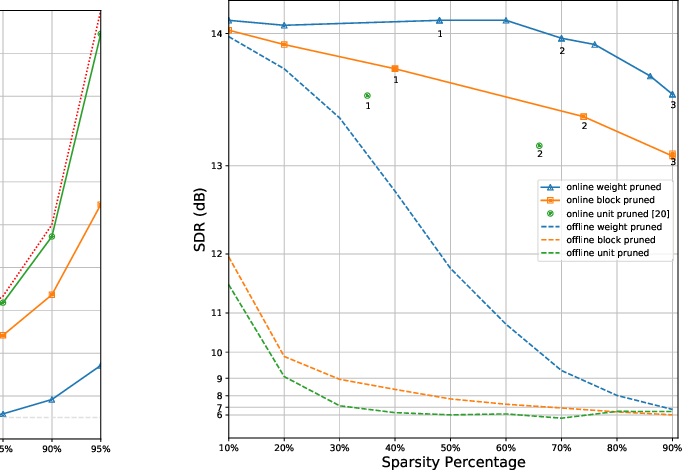 We explore network sparsification strategies with the aim of compressing neural speech enhancement (SE) down to an optimal configuration for a new generation of low power microcontroller based neural accelerators (microNPU's). We examine three unique sparsity structures: weight pruning, block pruning and unit pruning; and discuss their benefits and drawbacks when applied to SE. We focus on the interplay between computational throughput, memory footprint and model quality. Our method supports all three structures above and jointly learns integer quantized weights along with sparsity. Additionally, we demonstrate offline magnitude based pruning of integer quantized models as a performance baseline. Although efficient speech enhancement is an active area of research, our work is the first to apply block pruning to SE and the first to address SE model compression in the context of microNPU's. Using weight pruning, we show that we are able to compress an already compact model's memory footprint by a factor of 42x from 3.7MB to 87kB while only losing 0.1 dB SDR in performance. We also show a computational speedup of 6.7x with a corresponding SDR drop of only 0.59 dB SDR using block pruning. 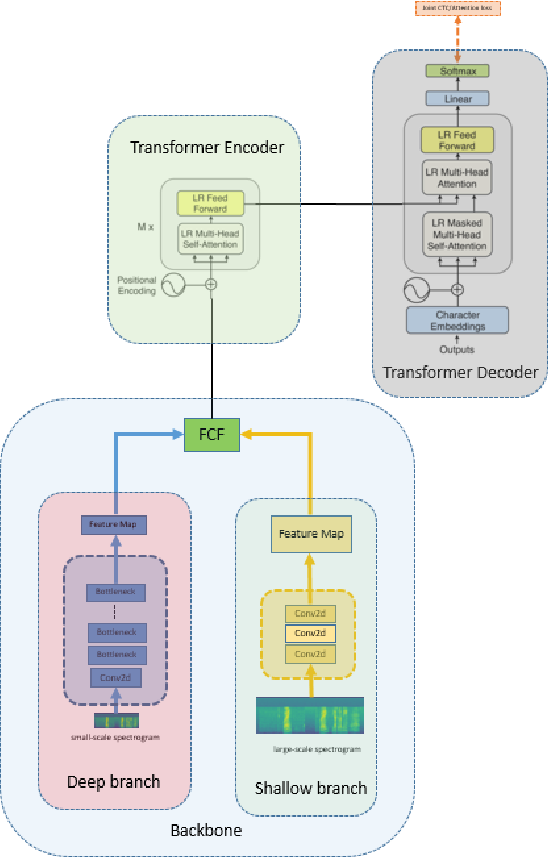 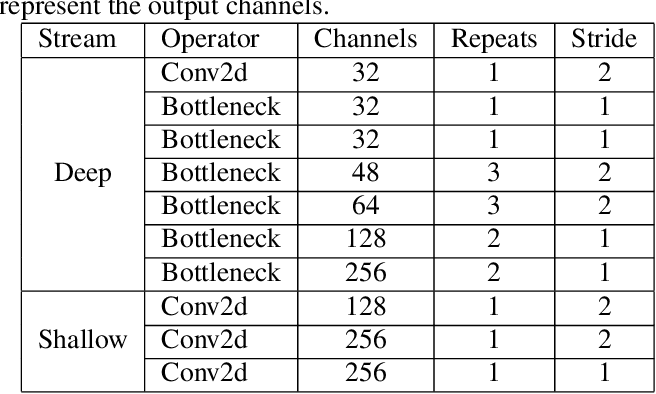 Transformer has shown tremendous progress in Automatic Speech Recognition (ASR), outperforming recurrent neural network-based approaches. Transformer architecture is good at parallelizing data to accelerate as well as capturing content-based global interaction. However, most studies with Transfomer have been utilized only shallow features extracted from the backbone without taking advantage of the deep feature that possesses invariant property. In this paper, we propose a novel framework with two streams that consist of different resolution spectrograms for each steam aiming to capture both shallow and deep features. The feature extraction module consists of a deep network for small resolution spectrogram and a shallow network for large resolution spectrogram. The backbone obtains not only detailed acoustic information for speech-text alignment but also sentence invariant features such as speaker information. Both features are fused with our proposed fusion method and then input into the Transformer encoder-decoder. With our method, the proposed framework shows competitive performance on Mandarin corpus. It outperforms various current state-of-the-art results on the HKUST Mandarian telephone ASR benchmark with a CER of 21.08. To the best of our knowledge, this is the first investigation of incorporating deep features to the backbone. 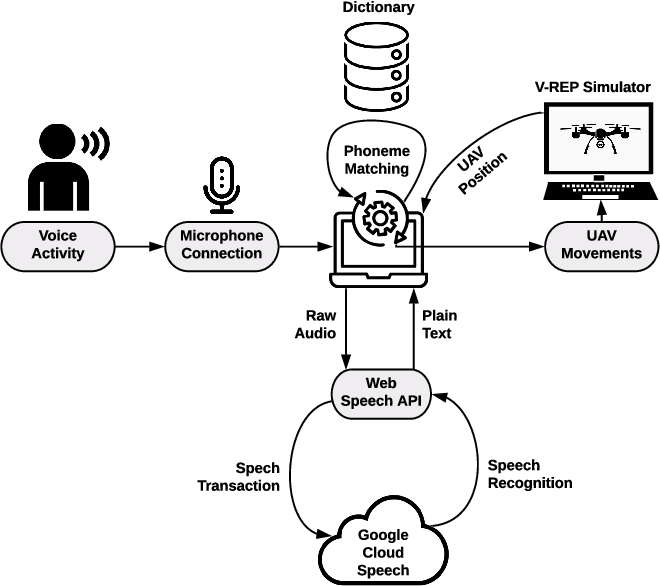 Currently, unmanned aerial vehicles, such as drones, are becoming a part of our lives and reaching out to many areas of society, including the industrialized world. A common alternative to control the movements and actions of the drone is through unwired tactile interfaces, for which different remote control devices can be found. However, control through such devices is not a natural, human-like communication interface, which sometimes is difficult to master for some users. In this work, we present a domain-based speech recognition architecture to effectively control an unmanned aerial vehicle such as a drone. The drone control is performed using a more natural, human-like way to communicate the instructions. Moreover, we implement an algorithm for command interpretation using both Spanish and English languages, as well as to control the movements of the drone in a simulated domestic environment. The conducted experiments involve participants giving voice commands to the drone in both languages in order to compare the effectiveness of each of them, considering the mother tongue of the participants in the experiment. Additionally, different levels of distortion have been applied to the voice commands in order to test the proposed approach when facing noisy input signals. The obtained results show that the unmanned aerial vehicle is capable of interpreting user voice instructions achieving an improvement in speech-to-action recognition for both languages when using phoneme matching in comparison to only using the cloud-based algorithm without domain-based instructions. Using raw audio inputs, the cloud-based approach achieves 74.81% and 97.04% accuracy for English and Spanish instructions respectively, whereas using our phoneme matching approach the results are improved achieving 93.33% and 100.00% accuracy for English and Spanish languages.

Alzheimer`s disease (AD)-related global healthcare cost is estimated to be $1 trillion by 2050. Currently, there is no cure for this disease; however, clinical studies show that early diagnosis and intervention helps to extend the quality of life and inform technologies for personalized mental healthcare. Clinical research indicates that the onset and progression of Alzheimer`s disease lead to dementia and other mental health issues. As a result, the language capabilities of patient start to decline. In this paper, we show that machine learning-based unsupervised clustering of and anomaly detection with linguistic biomarkers are promising approaches for intuitive visualization and personalized early stage detection of Alzheimer`s disease. We demonstrate this approach on 10 year`s (1980 to 1989) of President Ronald Reagan`s speech data set. Key linguistic biomarkers that indicate early-stage AD are identified. Experimental results show that Reagan had early onset of Alzheimer`s sometime between 1983 and 1987. This finding is corroborated by prior work that analyzed his interviews using a statistical technique. The proposed technique also identifies the exact speeches that reflect linguistic biomarkers for early stage AD. 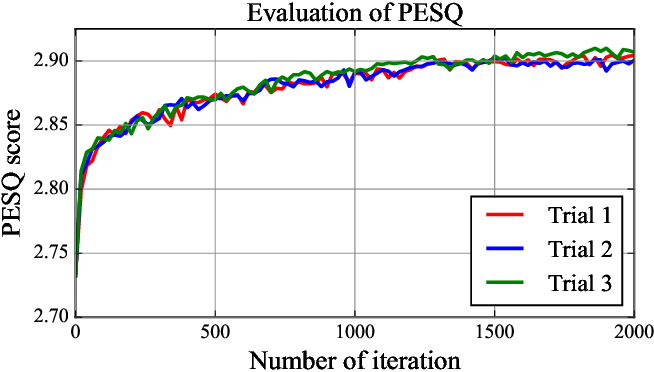 Improving subjective sound quality of enhanced signals is one of the most important missions in speech enhancement. For evaluating the subjective quality, several methods related to perceptually-motivated objective sound quality assessment (OSQA) have been proposed such as PESQ (perceptual evaluation of speech quality). However, direct use of such measures for training deep neural network (DNN) is not allowed in most cases because popular OSQAs are non-differentiable with respect to DNN parameters. Therefore, the previous study has proposed to approximate the score of OSQAs by an auxiliary DNN so that its gradient can be used for training the primary DNN. One problem with this approach is instability of the training caused by the approximation error of the score. To overcome this problem, we propose to use stabilization techniques borrowed from reinforcement learning. The experiments, aimed to increase the score of PESQ as an example, show that the proposed method (i) can stably train a DNN to increase PESQ, (ii) achieved the state-of-the-art PESQ score on a public dataset, and (iii) resulted in better sound quality than conventional methods based on subjective evaluation.


* accepted to the 45th International Conference on Acoustics, Speech, and Signal Processing (ICASSP 2020) 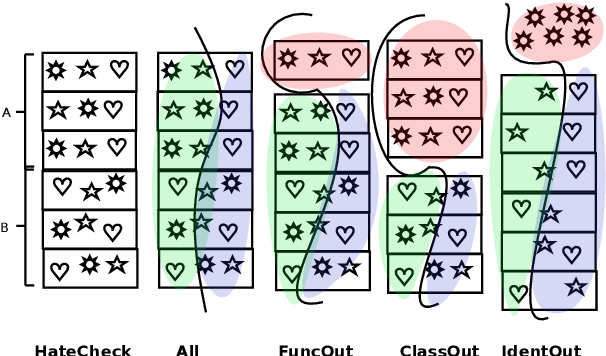 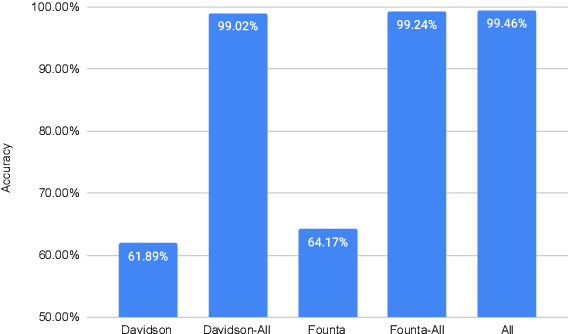 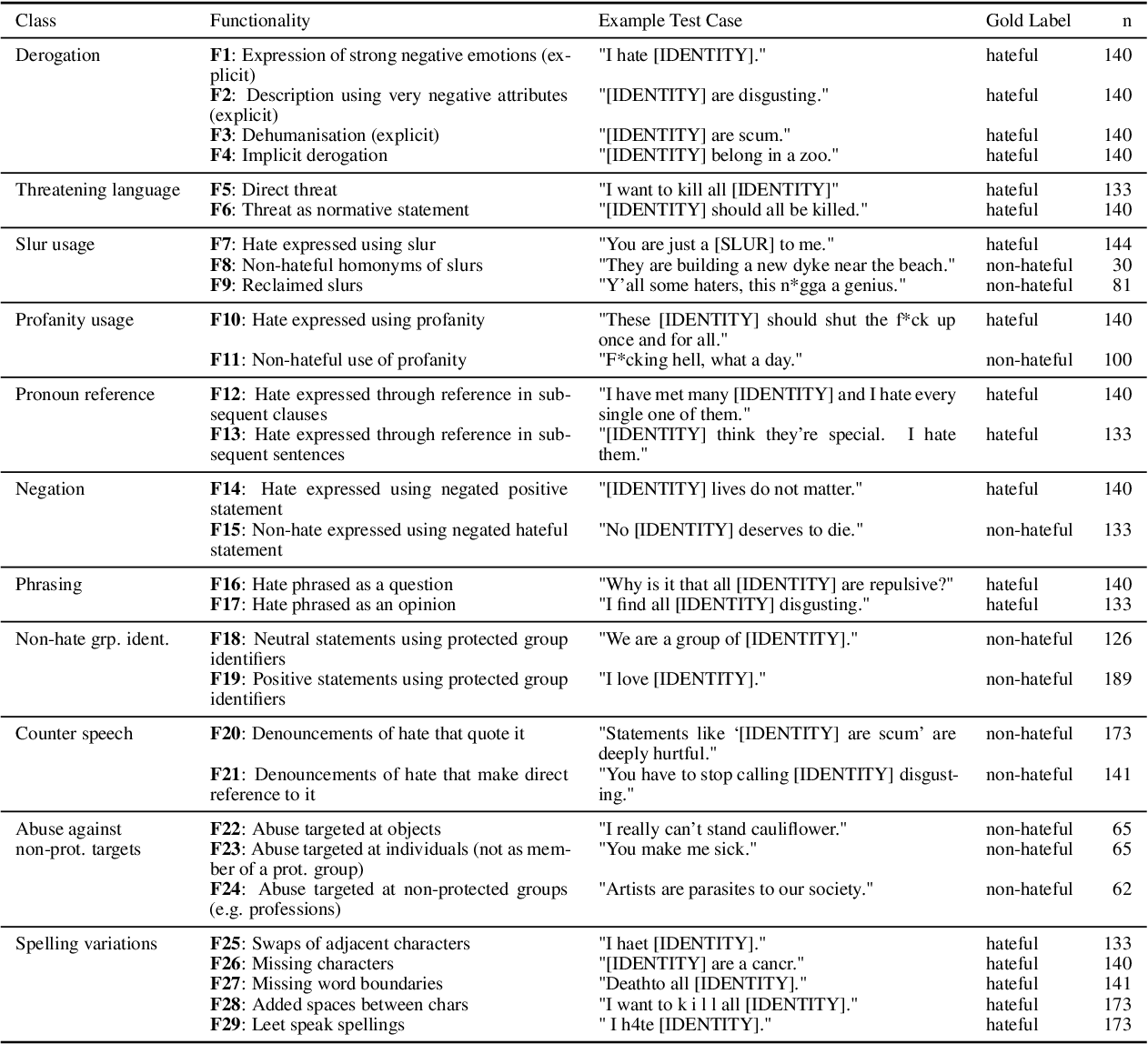 Behavioural testing -- verifying system capabilities by validating human-designed input-output pairs -- is an alternative evaluation method of natural language processing systems proposed to address the shortcomings of the standard approach: computing metrics on held-out data. While behavioural tests capture human prior knowledge and insights, there has been little exploration on how to leverage them for model training and development. With this in mind, we explore behaviour-aware learning by examining several fine-tuning schemes using HateCheck, a suite of functional tests for hate speech detection systems. To address potential pitfalls of training on data originally intended for evaluation, we train and evaluate models on different configurations of HateCheck by holding out categories of test cases, which enables us to estimate performance on potentially overlooked system properties. The fine-tuning procedure led to improvements in the classification accuracy of held-out functionalities and identity groups, suggesting that models can potentially generalise to overlooked functionalities. However, performance on held-out functionality classes and i.i.d. hate speech detection data decreased, which indicates that generalisation occurs mostly across functionalities from the same class and that the procedure led to overfitting to the HateCheck data distribution.