Knowing the geometrical and acoustical parameters of a room may benefit applications such as audio augmented reality, speech dereverberation or audio forensics. In this paper, we study the problem of jointly estimating the total surface area, the volume, as well as the frequency-dependent reverberation time and mean surface absorption of a room in a blind fashion, based on two-channel noisy speech recordings from multiple, unknown source-receiver positions. A novel convolutional neural network architecture leveraging both single- and inter-channel cues is proposed and trained on a large, realistic simulated dataset. Results on both simulated and real data show that using multiple observations in one room significantly reduces estimation errors and variances on all target quantities, and that using two channels helps the estimation of surface and volume. The proposed model outperforms a recently proposed blind volume estimation method on the considered datasets.

A new algorithm for voice automatic syllabic splitting in the Portuguese language is proposed, which is based on the envelope of the speech signal of the input audio file. A computational implementation in MatlabTM is presented and made available at the URL http://www2.ee.ufpe.br/codec/divisao_silabica.html. Due to its straightforwardness, the proposed method is very attractive for embedded systems (e.g. i-phones). It can also be used as a screen to assist more sophisticated methods. Voice excerpts containing more than one syllable and identified by the same envelope are named as super-syllables and they are subsequently separated. The results indicate which samples corresponds to the beginning and end of each detected syllable. Preliminary tests were performed to fifty words at an identification rate circa 70% (further improvements may be incorporated to treat particular phonemes). This algorithm is also useful in voice command systems, as a tool in the teaching of Portuguese language or even for patients with speech pathology. 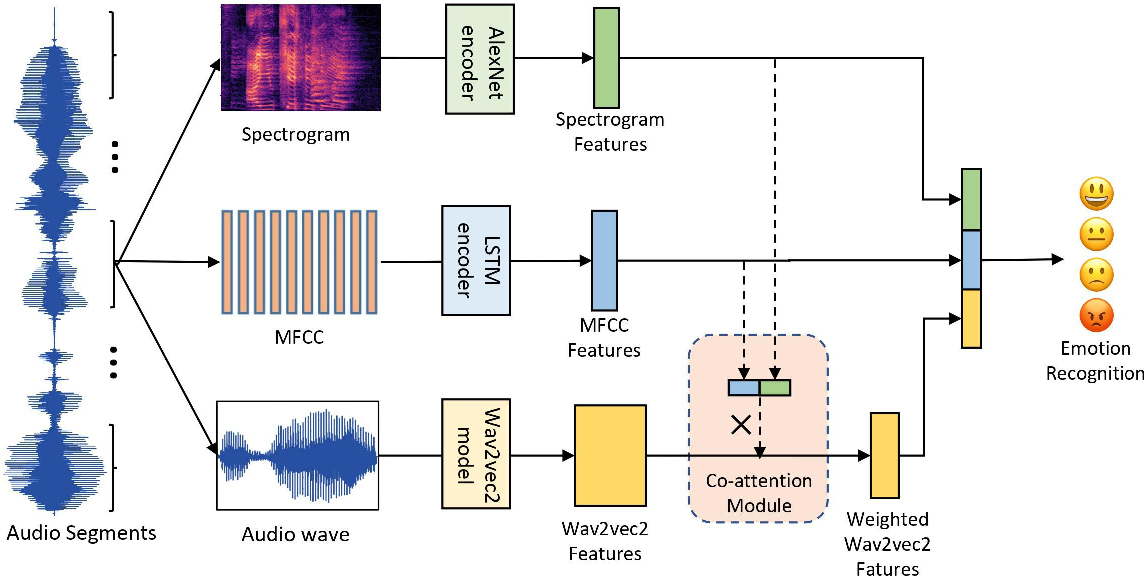 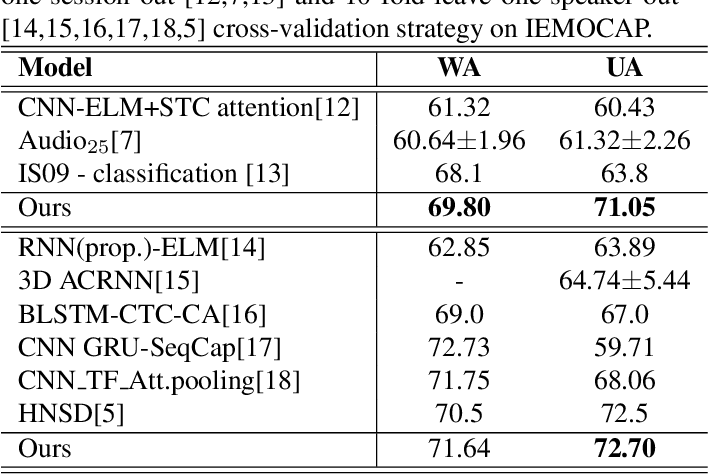 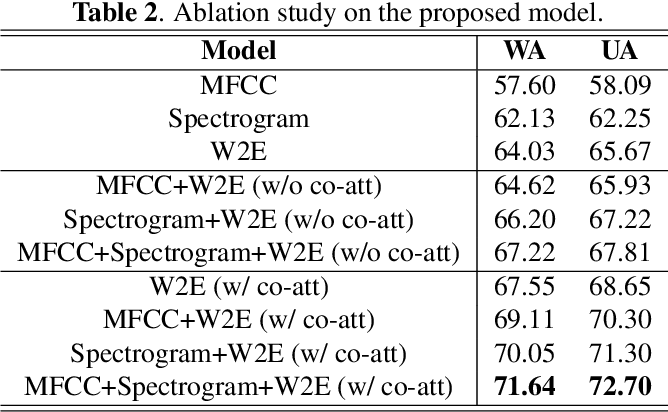 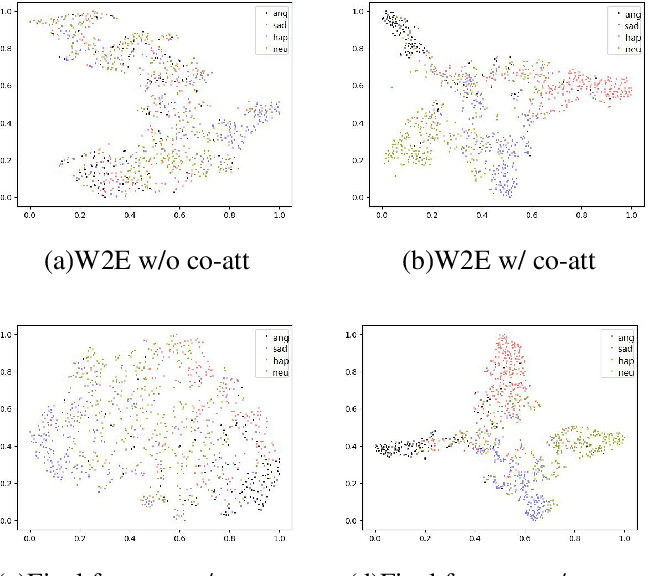 Speech Emotion Recognition (SER) aims to help the machine to understand human's subjective emotion from only audio information. However, extracting and utilizing comprehensive in-depth audio information is still a challenging task. In this paper, we propose an end-to-end speech emotion recognition system using multi-level acoustic information with a newly designed co-attention module. We firstly extract multi-level acoustic information, including MFCC, spectrogram, and the embedded high-level acoustic information with CNN, BiLSTM and wav2vec2, respectively. Then these extracted features are treated as multimodal inputs and fused by the proposed co-attention mechanism. Experiments are carried on the IEMOCAP dataset, and our model achieves competitive performance with two different speaker-independent cross-validation strategies. Our code is available on GitHub.

This paper investigates methods to effectively retrieve speaker information from the personalized speaker adapted neural network acoustic models (AMs) in automatic speech recognition (ASR). This problem is especially important in the context of federated learning of ASR acoustic models where a global model is learnt on the server based on the updates received from multiple clients. We propose an approach to analyze information in neural network AMs based on a neural network footprint on the so-called Indicator dataset. Using this method, we develop two attack models that aim to infer speaker identity from the updated personalized models without access to the actual users' speech data. Experiments on the TED-LIUM 3 corpus demonstrate that the proposed approaches are very effective and can provide equal error rate (EER) of 1-2%.

End-to-end speech translation, a hot topic in recent years, aims to translate a segment of audio into a specific language with an end-to-end model. Conventional approaches employ multi-task learning and pre-training methods for this task, but they suffer from the huge gap between pre-training and fine-tuning. To address these issues, we propose a Tandem Connectionist Encoding Network (TCEN) which bridges the gap by reusing all subnets in fine-tuning, keeping the roles of subnets consistent, and pre-training the attention module. Furthermore, we propose two simple but effective methods to guarantee the speech encoder outputs and the MT encoder inputs are consistent in terms of semantic representation and sequence length. Experimental results show that our model outperforms baselines 2.2 BLEU on a large benchmark dataset. 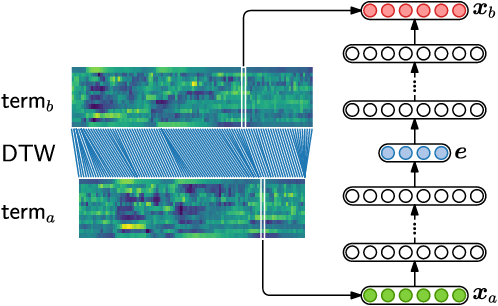 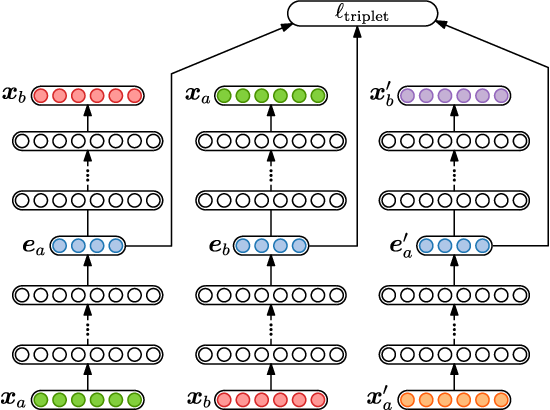 In zero-resource settings where transcribed speech audio is unavailable, unsupervised feature learning is essential for downstream speech processing tasks. Here we compare two recent methods for frame-level acoustic feature learning. For both methods, unsupervised term discovery is used to find pairs of word examples of the same unknown type. Dynamic programming is then used to align the feature frames between each word pair, serving as weak top-down supervision for the two models. For the correspondence autoencoder (CAE), matching frames are presented as input-output pairs. The Triamese network uses a contrastive loss to reduce the distance between frames of the same predicted word type while increasing the distance between negative examples. For the first time, these feature extractors are compared on the same discrimination tasks using the same weak supervision pairs. We find that, on the two datasets considered here, the CAE outperforms the Triamese network. However, we show that a new hybrid correspondence-Triamese approach (CTriamese), consistently outperforms both the CAE and Triamese models in terms of average precision and ABX error rates on both English and Xitsonga evaluation data. 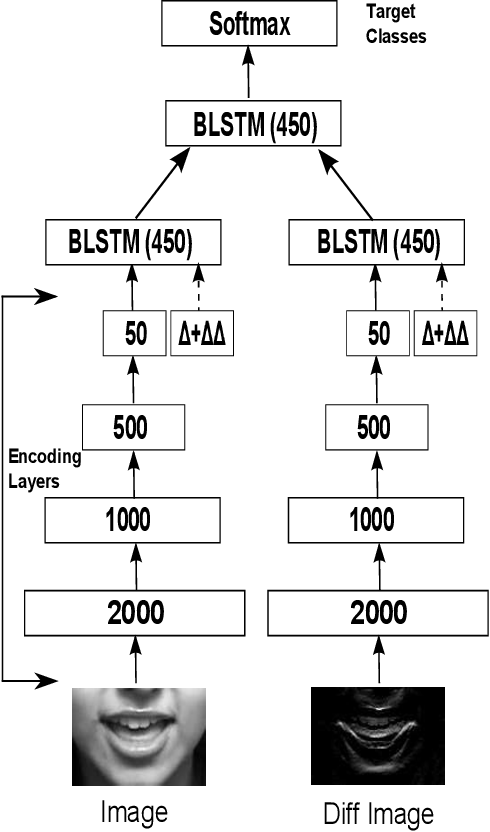 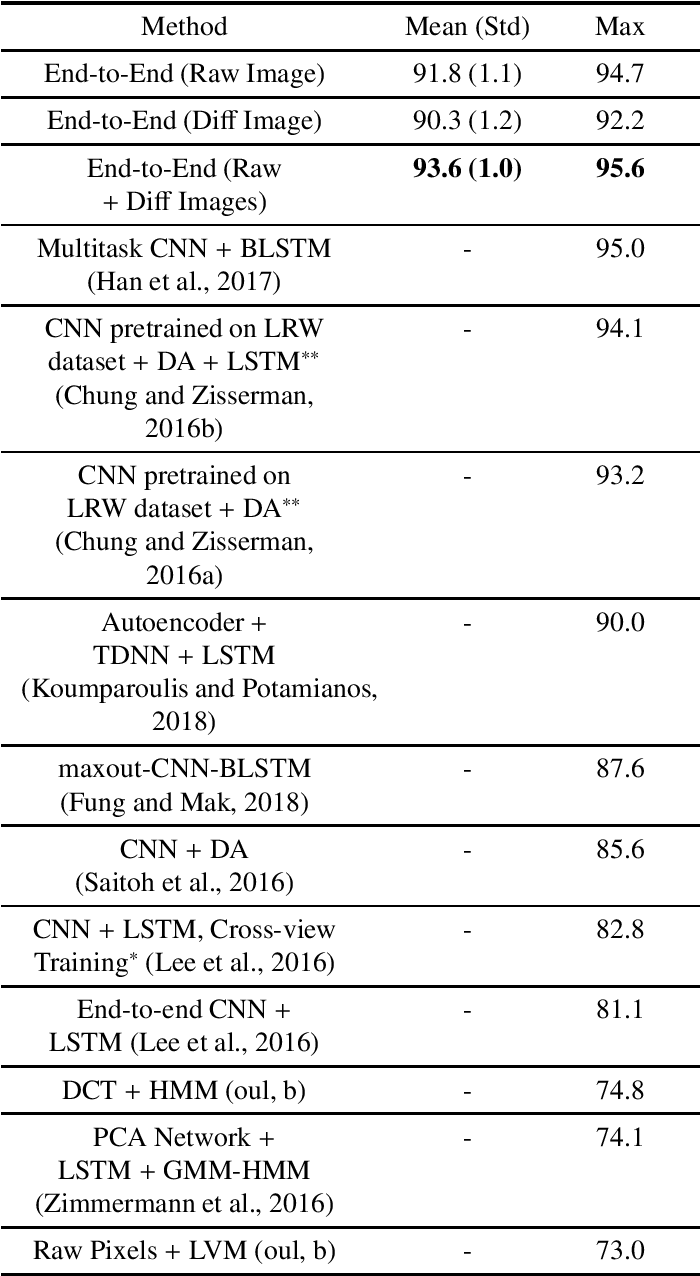 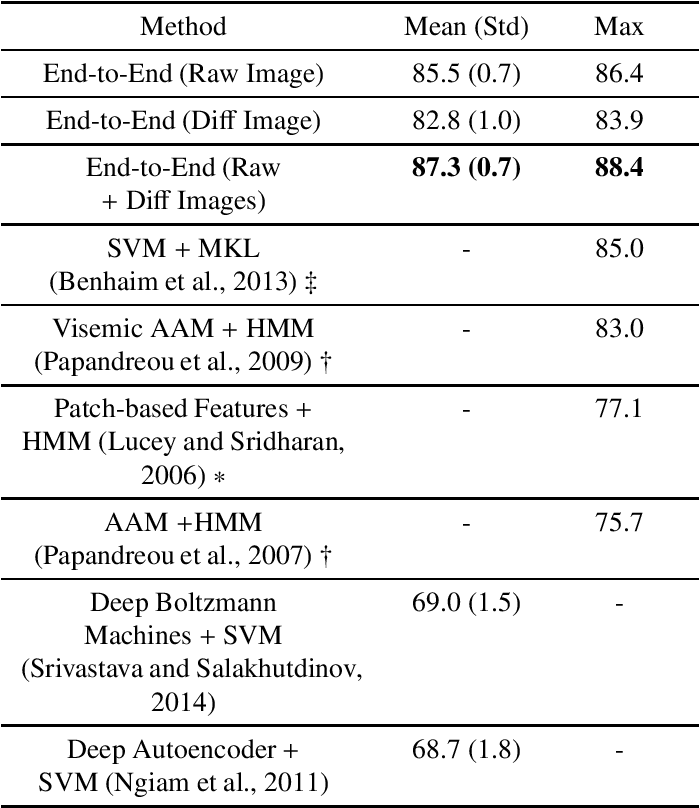 Traditional visual speech recognition systems consist of two stages, feature extraction and classification. Recently, several deep learning approaches have been presented which automatically extract features from the mouth images and aim to replace the feature extraction stage. However, research on joint learning of features and classification remains limited. In addition, most of the existing methods require large amounts of data in order to achieve state-of-the-art performance, otherwise they under-perform. In this work, we present an end-to-end visual speech recognition system based on fully-connected layers and Long-Short Memory (LSTM) networks which is suitable for small-scale datasets. The model consists of two streams which extract features directly from the mouth and difference images, respectively. The temporal dynamics in each stream are modelled by a Bidirectional LSTM (BLSTM) and the fusion of the two streams takes place via another BLSTM. An absolute improvement of 0.6%, 3.4%, 3.9%, 11.4% over the state-of-the-art is reported on the OuluVS2, CUAVE, AVLetters and AVLetters2 databases, respectively. 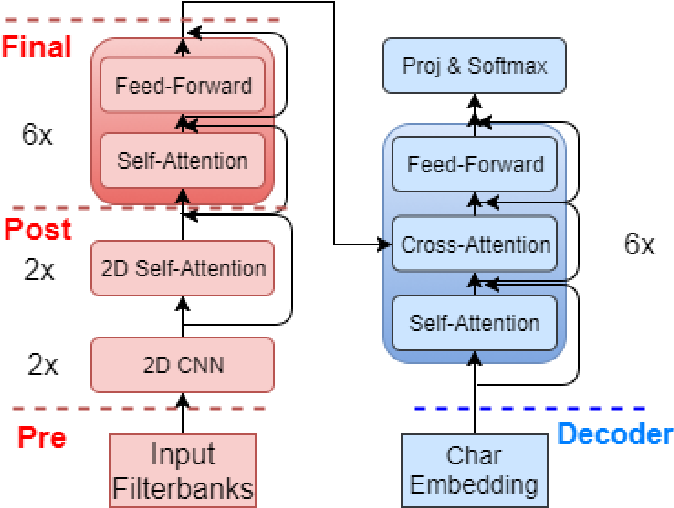 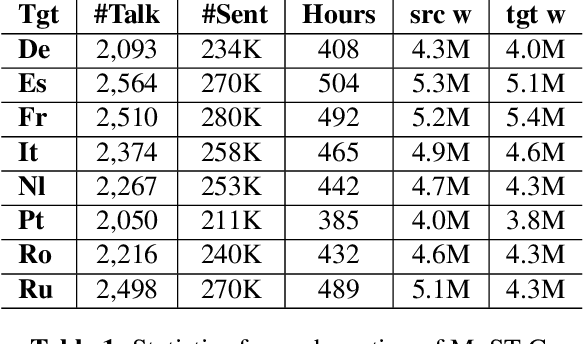 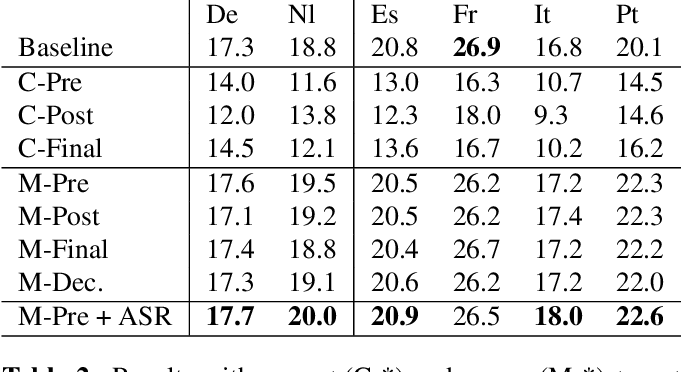 Nowadays, training end-to-end neural models for spoken language translation (SLT) still has to confront with extreme data scarcity conditions. The existing SLT parallel corpora are indeed orders of magnitude smaller than those available for the closely related tasks of automatic speech recognition (ASR) and machine translation (MT), which usually comprise tens of millions of instances. To cope with data paucity, in this paper we explore the effectiveness of transfer learning in end-to-end SLT by presenting a multilingual approach to the task. Multilingual solutions are widely studied in MT and usually rely on ``\textit{target forcing}'', in which multilingual parallel data are combined to train a single model by prepending to the input sequences a language token that specifies the target language. However, when tested in speech translation, our experiments show that MT-like \textit{target forcing}, used as is, is not effective in discriminating among the target languages. Thus, we propose a variant that uses target-language embeddings to shift the input representations in different portions of the space according to the language, so to better support the production of output in the desired target language. Our experiments on end-to-end SLT from English into six languages show important improvements when translating into similar languages, especially when these are supported by scarce data. Further improvements are obtained when using English ASR data as an additional language (up to $+2.5$ BLEU points). 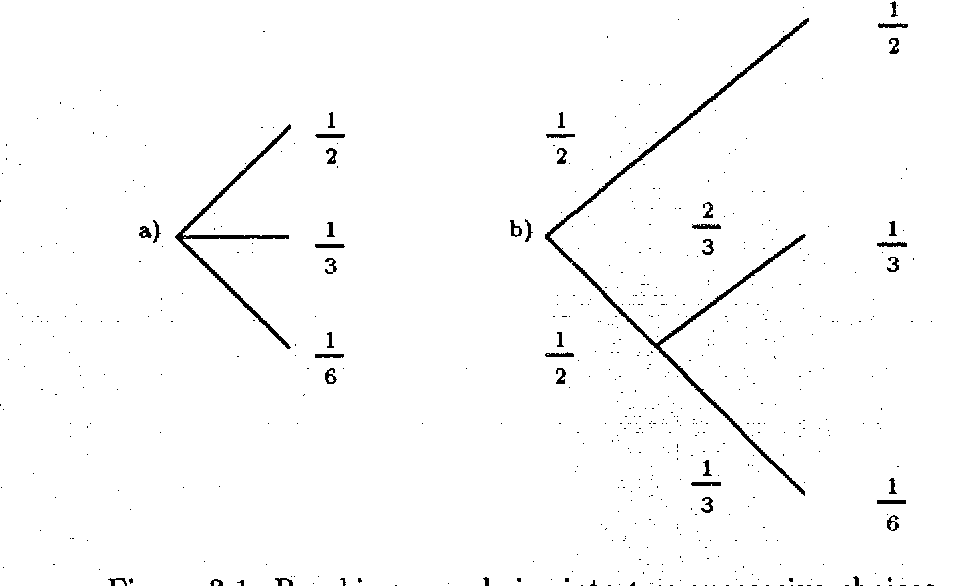 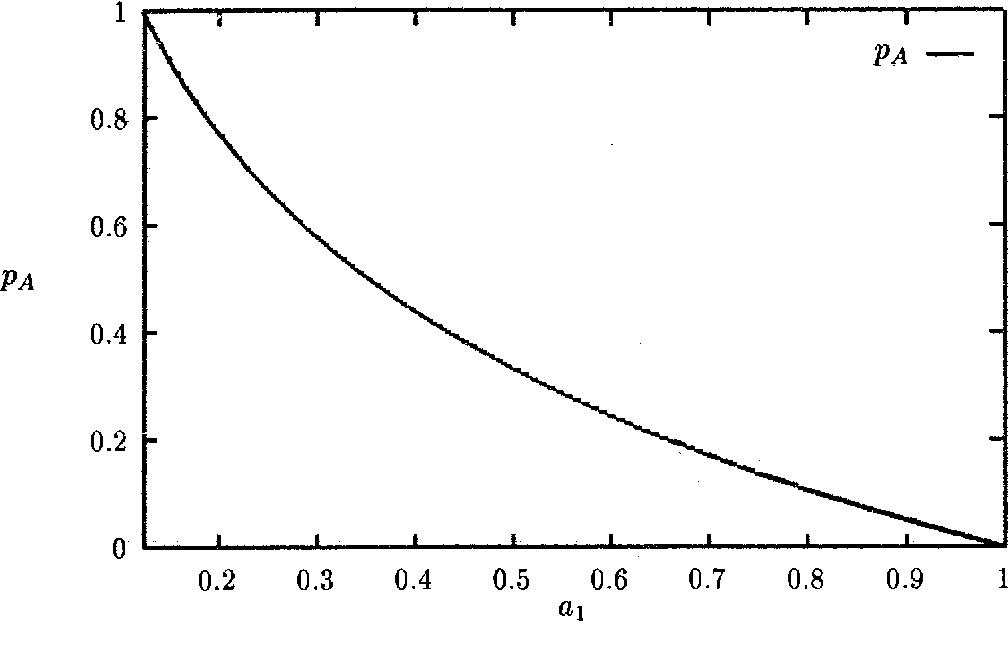 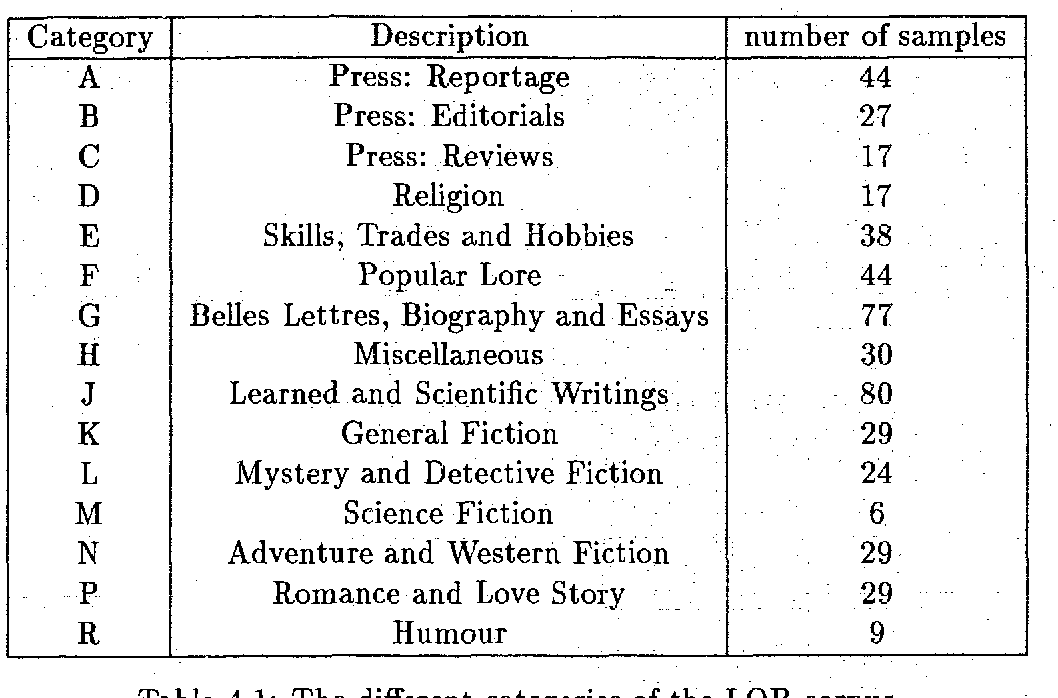