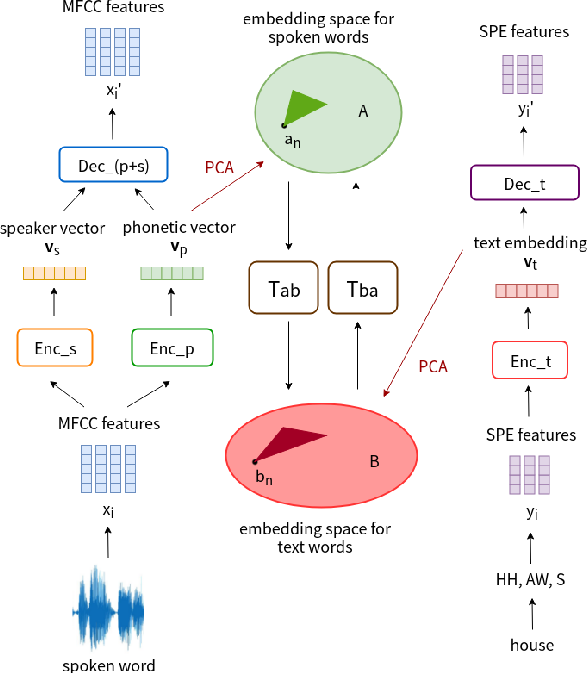 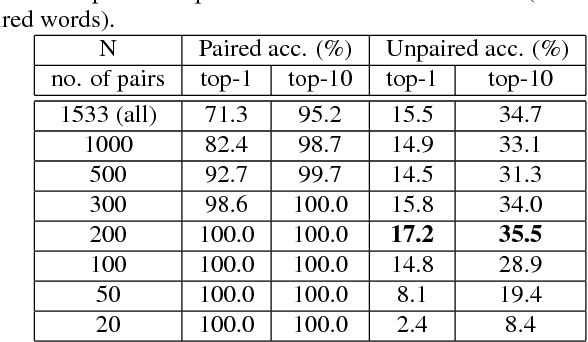 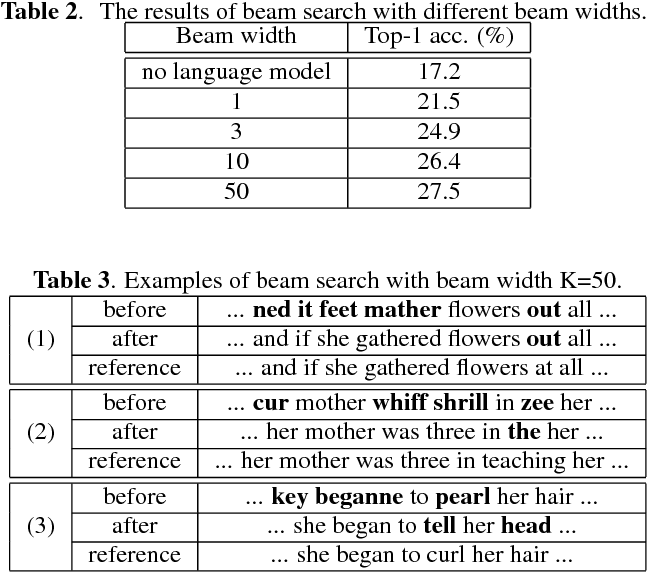 Producing a large amount of annotated speech data for training ASR systems remains difficult for more than 95% of languages all over the world which are low-resourced. However, we note human babies start to learn the language by the sounds of a small number of exemplar words without hearing a large amount of data. We initiate some preliminary work in this direction in this paper. Audio Word2Vec is used to obtain embeddings of spoken words which carry phonetic information extracted from the signals. An autoencoder is used to generate embeddings of text words based on the articulatory features for the phoneme sequences. Both sets of embeddings for spoken and text words describe similar phonetic structures among words in their respective latent spaces. A mapping relation from the audio embeddings to text embeddings actually gives the word-level ASR. This can be learned by aligning a small number of spoken words and the corresponding text words in the embedding spaces. In the initial experiments only 200 annotated spoken words and one hour of speech data without annotation gave a word accuracy of 27.5%, which is low but a good starting point. 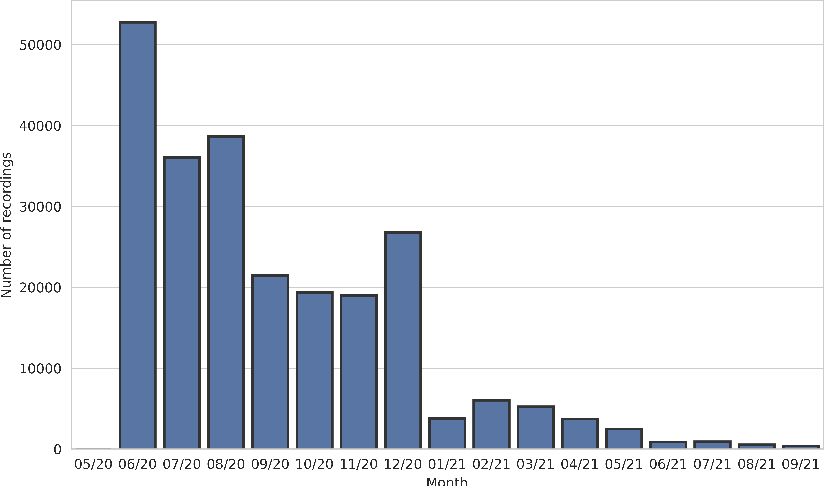 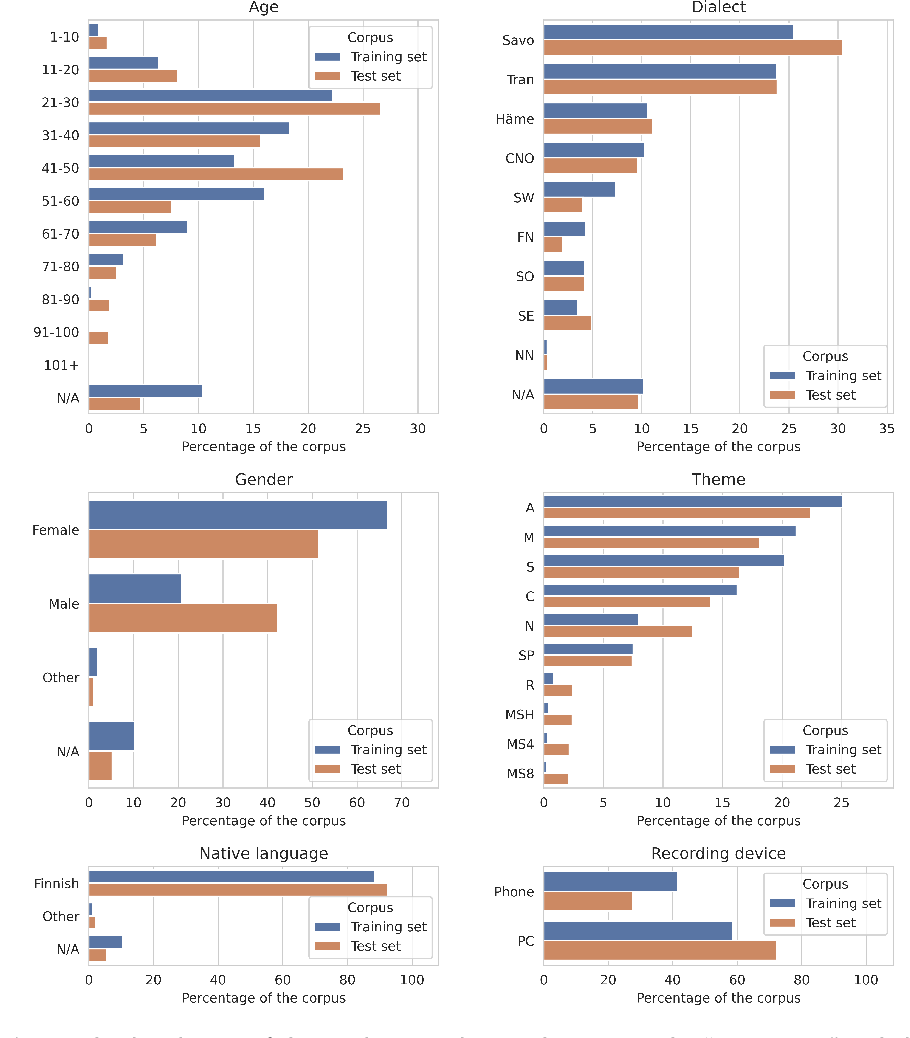 The Donate Speech campaign has so far succeeded in gathering approximately 3600 hours of ordinary, colloquial Finnish speech into the Lahjoita puhetta (Donate Speech) corpus. The corpus includes over twenty thousand speakers from all the regions of Finland and from all age brackets. The primary goals of the collection were to create a representative, large-scale resource to study spontaneous spoken Finnish and to accelerate the development of language technology and speech-based services. In this paper, we present the collection process and the collected corpus, and showcase its versatility through multiple use cases. The evaluated use cases include: automatic speech recognition of spontaneous speech, detection of age, gender, dialect and topic and metadata analysis. We provide benchmarks for the use cases, as well down loadable, trained baseline systems with open-source code for reproducibility. One further use case is to verify the metadata and transcripts given in this corpus itself, and to suggest artificial metadata and transcripts for the part of the corpus where it is missing.


* Submitted to Language Resources and Evaluation 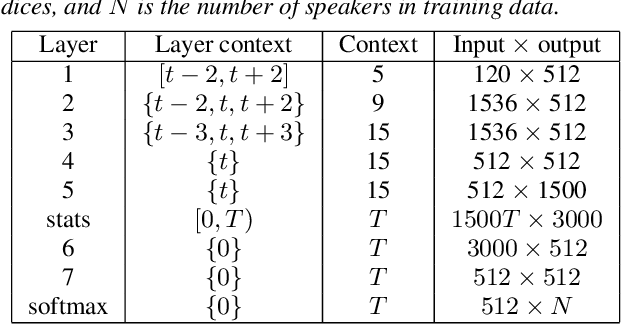 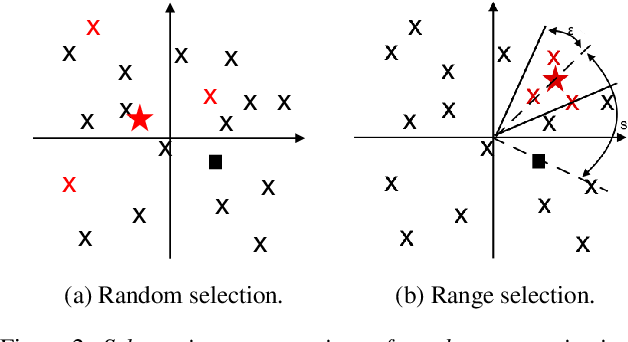 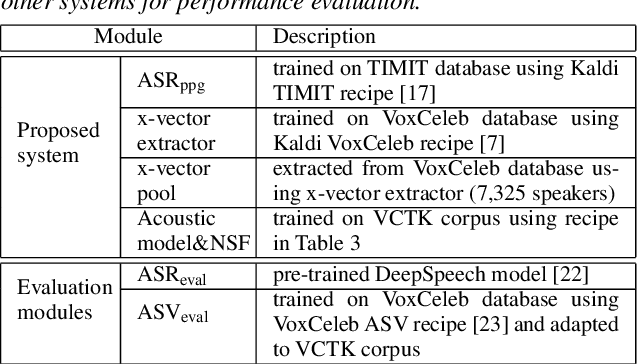 The social media revolution has produced a plethora of web services to which users can easily upload and share multimedia documents. Despite the popularity and convenience of such services, the sharing of such inherently personal data, including speech data, raises obvious security and privacy concerns. In particular, a user's speech data may be acquired and used with speech synthesis systems to produce high-quality speech utterances which reflect the same user's speaker identity. These utterances may then be used to attack speaker verification systems. One solution to mitigate these concerns involves the concealing of speaker identities before the sharing of speech data. For this purpose, we present a new approach to speaker anonymization. The idea is to extract linguistic and speaker identity features from an utterance and then to use these with neural acoustic and waveform models to synthesize anonymized speech. The original speaker identity, in the form of timbre, is suppressed and replaced with that of an anonymous pseudo identity. The approach exploits state-of-the-art x-vector speaker representations. These are used to derive anonymized pseudo speaker identities through the combination of multiple, random speaker x-vectors. Experimental results show that the proposed approach is effective in concealing speaker identities. It increases the equal error rate of a speaker verification system while maintaining high quality, anonymized speech. 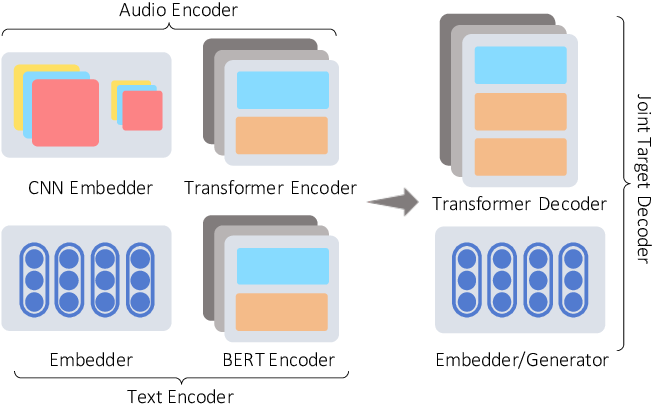 Voice Assistants such as Alexa, Siri, and Google Assistant typically use a two-stage Spoken Language Understanding pipeline; first, an Automatic Speech Recognition (ASR) component to process customer speech and generate text transcriptions, followed by a Natural Language Understanding (NLU) component to map transcriptions to an actionable hypothesis. An end-to-end (E2E) system that goes directly from speech to a hypothesis is a more attractive option. These systems were shown to be smaller, faster, and better optimized. However, they require massive amounts of end-to-end training data and in addition, don't take advantage of the already available ASR and NLU training data. In this work, we propose an E2E system that is designed to jointly train on multiple speech-to-text tasks, such as ASR (speech-transcription) and SLU (speech-hypothesis), and text-to-text tasks, such as NLU (text-hypothesis). We call this the Audio-Text All-Task (AT-AT) Model and we show that it beats the performance of E2E models trained on individual tasks, especially ones trained on limited data. We show this result on an internal music dataset and two public datasets, FluentSpeech and SNIPS Audio, where we achieve state-of-the-art results. Since our model can process both speech and text input sequences and learn to predict a target sequence, it also allows us to do zero-shot E2E SLU by training on only text-hypothesis data (without any speech) from a new domain. We evaluate this ability of our model on the Facebook TOP dataset and set a new benchmark for zeroshot E2E performance. We will soon release the audio data collected for the TOP dataset for future research.

Speak or Chat with Me: End-to-End Spoken Language Understanding System with Flexible Inputs

A major focus of recent research in spoken language understanding (SLU) has been on the end-to-end approach where a single model can predict intents directly from speech inputs without intermediate transcripts. However, this approach presents some challenges. First, since speech can be considered as personally identifiable information, in some cases only automatic speech recognition (ASR) transcripts are accessible. Second, intent-labeled speech data is scarce. To address the first challenge, we propose a novel system that can predict intents from flexible types of inputs: speech, ASR transcripts, or both. We demonstrate strong performance for either modality separately, and when both speech and ASR transcripts are available, through system combination, we achieve better results than using a single input modality. To address the second challenge, we leverage a semantically robust pre-trained BERT model and adopt a cross-modal system that co-trains text embeddings and acoustic embeddings in a shared latent space. We further enhance this system by utilizing an acoustic module pre-trained on LibriSpeech and domain-adapting the text module on our target datasets. Our experiments show significant advantages for these pre-training and fine-tuning strategies, resulting in a system that achieves competitive intent-classification performance on Snips SLU and Fluent Speech Commands datasets. 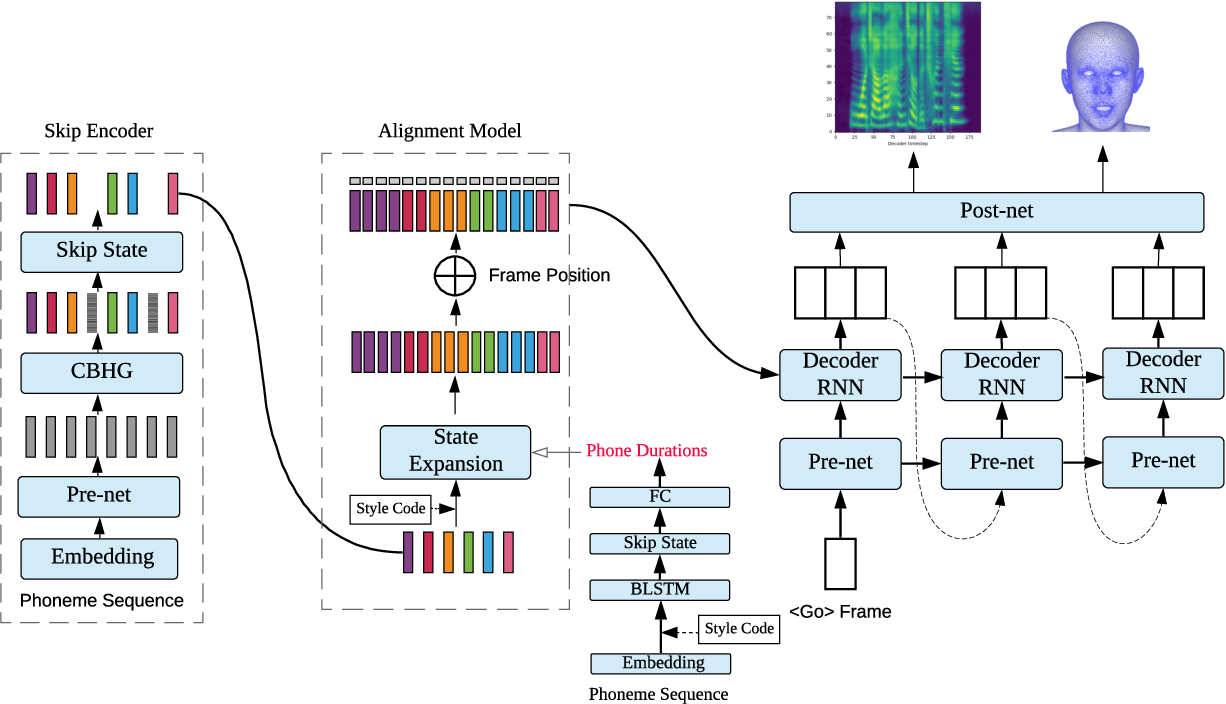 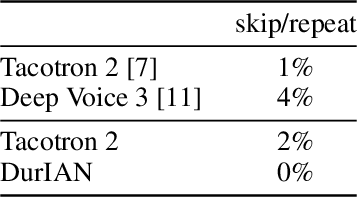 In this paper, we present a generic and robust multimodal synthesis system that produces highly natural speech and facial expression simultaneously. The key component of this system is the Duration Informed Attention Network (DurIAN), an autoregressive model in which the alignments between the input text and the output acoustic features are inferred from a duration model. This is different from the end-to-end attention mechanism used, and accounts for various unavoidable artifacts, in existing end-to-end speech synthesis systems such as Tacotron. Furthermore, DurIAN can be used to generate high quality facial expression which can be synchronized with generated speech with/without parallel speech and face data. To improve the efficiency of speech generation, we also propose a multi-band parallel generation strategy on top of the WaveRNN model. The proposed Multi-band WaveRNN effectively reduces the total computational complexity from 9.8 to 5.5 GFLOPS, and is able to generate audio that is 6 times faster than real time on a single CPU core. We show that DurIAN could generate highly natural speech that is on par with current state of the art end-to-end systems, while at the same time avoid word skipping/repeating errors in those systems. Finally, a simple yet effective approach for fine-grained control of expressiveness of speech and facial expression is introduced. 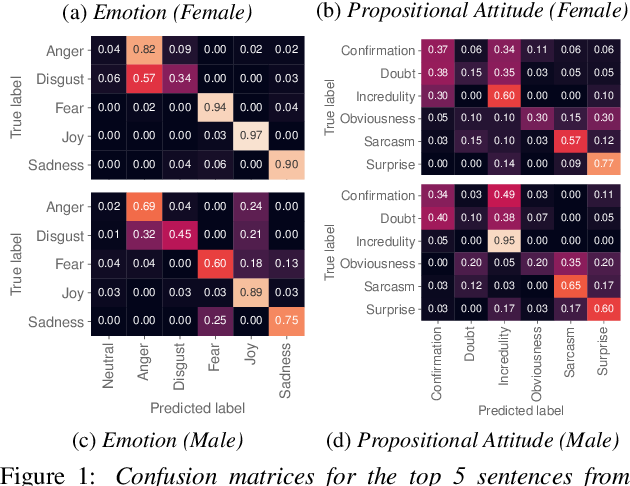 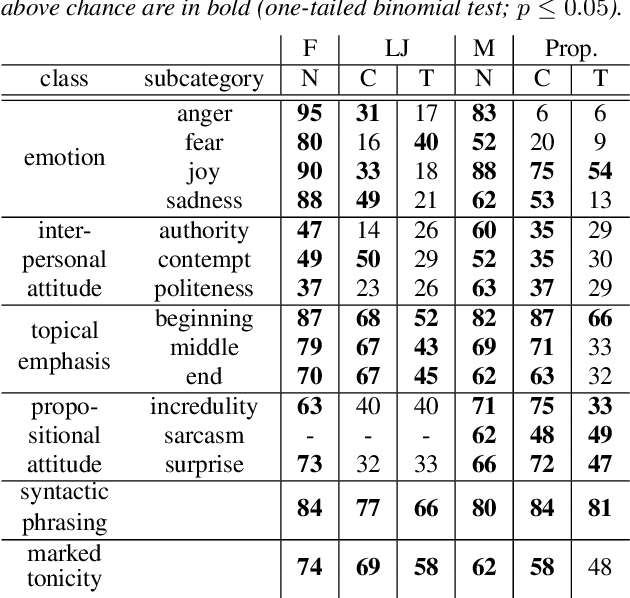 Text-to-speech is now able to achieve near-human naturalness and research focus has shifted to increasing expressivity. One popular method is to transfer the prosody from a reference speech sample. There have been considerable advances in using prosody transfer to generate more expressive speech, but the field lacks a clear definition of what successful prosody transfer means and a method for measuring it. We introduce a dataset of prosodically-varied reference natural speech samples for evaluating prosody transfer. The samples include global variations reflecting emotion and interpersonal attitude, and local variations reflecting topical emphasis, propositional attitude, syntactic phrasing and marked tonicity. The corpus only includes prosodic variations that listeners are able to distinguish with reasonable accuracy, and we report these figures as a benchmark against which text-to-speech prosody transfer can be compared. We conclude the paper with a demonstration of our proposed evaluation methodology, using the corpus to evaluate two text-to-speech models that perform prosody transfer. 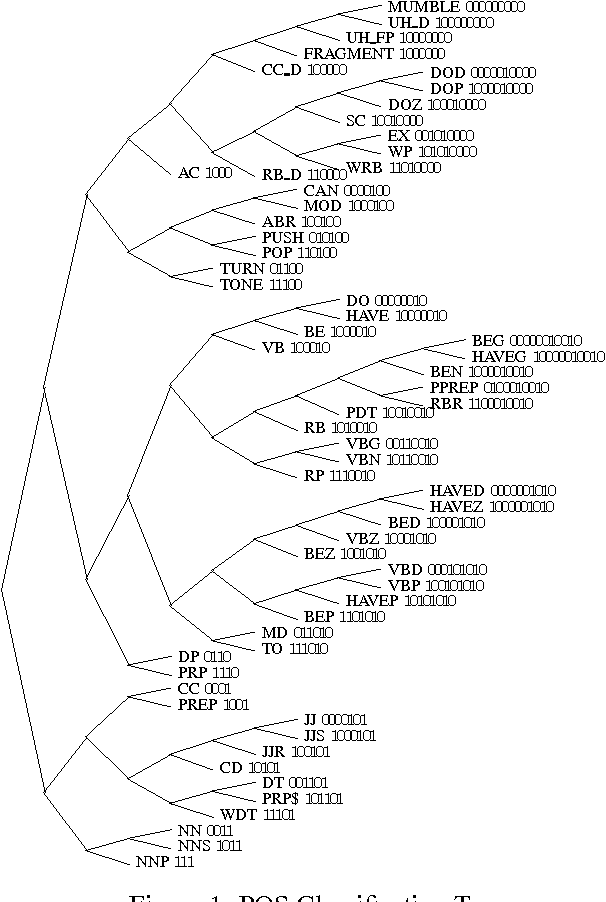 Language models for speech recognition tend to concentrate solely on recognizing the words that were spoken. In this paper, we redefine the speech recognition problem so that its goal is to find both the best sequence of words and their syntactic role (part-of-speech) in the utterance. This is a necessary first step towards tightening the interaction between speech recognition and natural language understanding. 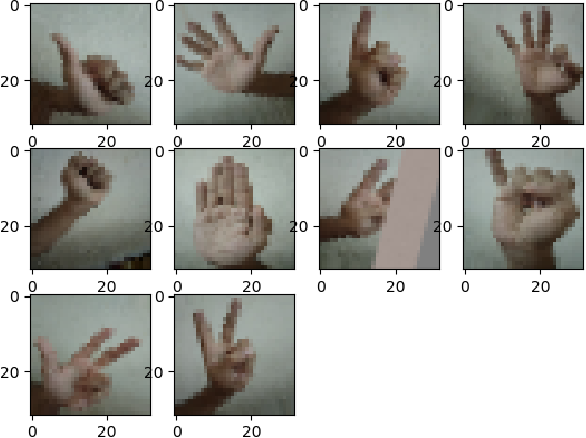 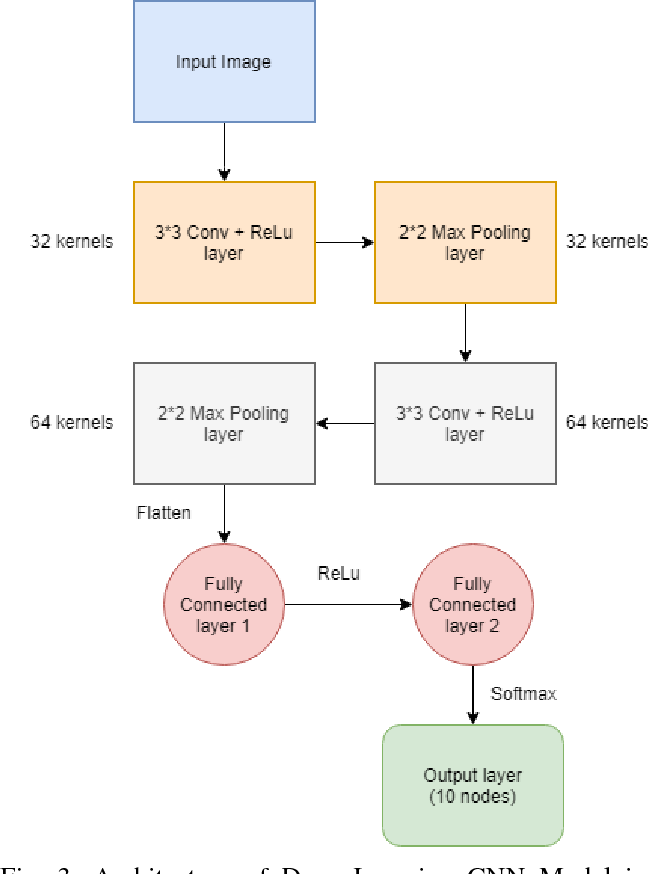 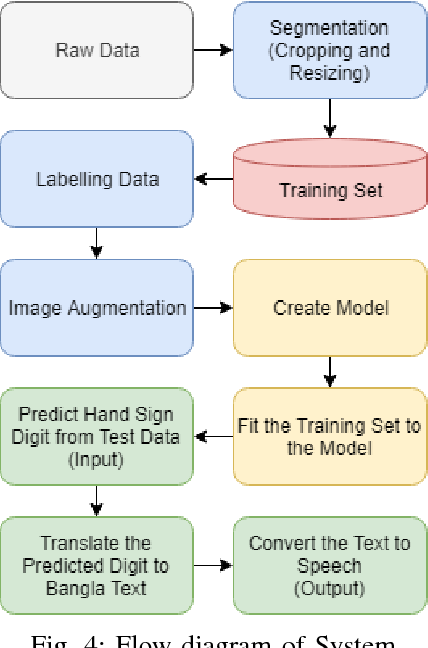 Recent advancements in the field of computer vision with the help of deep neural networks have led us to explore and develop many existing challenges that were once unattended due to the lack of necessary technologies. Hand Sign/Gesture Recognition is one of the significant areas where the deep neural network is making a substantial impact. In the last few years, a large number of researches has been conducted to recognize hand signs and hand gestures, which we aim to extend to our mother-tongue, Bangla (also known as Bengali). The primary goal of our work is to make an automated tool to aid the people who are unable to speak. We developed a system that automatically detects hand sign based digits and speaks out the result in Bangla language. According to the report of the World Health Organization (WHO), 15% of people in the world live with some kind of disabilities. Among them, individuals with communication impairment such as speech disabilities experience substantial barrier in social interaction. The proposed system can be invaluable to mitigate such a barrier. The core of the system is built with a deep learning model which is based on convolutional neural networks (CNN). The model classifies hand sign based digits with 92% accuracy over validation data which ensures it a highly trustworthy system. Upon classification of the digits, the resulting output is fed to the text to speech engine and the translator unit eventually which generates audio output in Bangla language. A web application to demonstrate our tool is available at http://bit.ly/signdigits2banglaspeech.