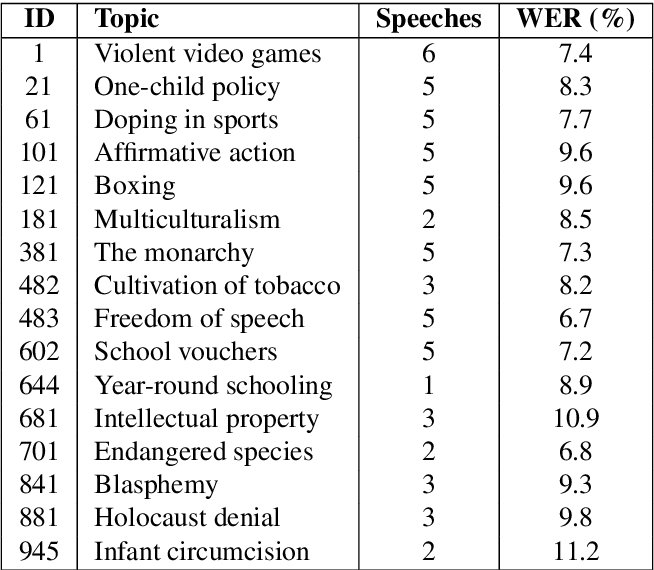 This paper describes an English audio and textual dataset of debating speeches, a unique resource for the growing research field of computational argumentation and debating technologies. We detail the process of speech recording by professional debaters, the transcription of the speeches with an Automatic Speech Recognition (ASR) system, their consequent automatic processing to produce a text that is more "NLP-friendly", and in parallel -- the manual transcription of the speeches in order to produce gold-standard "reference" transcripts. We release 60 speeches on various controversial topics, each in five formats corresponding to the different stages in the production of the data. The intention is to allow utilizing this resource for multiple research purposes, be it the addition of in-domain training data for a debate-specific ASR system, or applying argumentation mining on either noisy or clean debate transcripts. We intend to make further releases of this data in the future.

Can We Read Speech Beyond the Lips? Rethinking RoI Selection for Deep Visual Speech Recognition 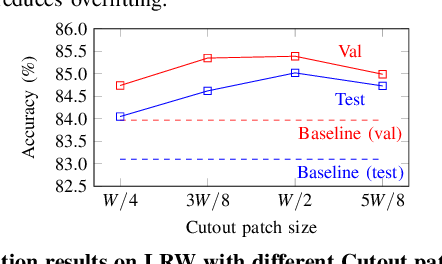 Recent advances in deep learning have heightened interest among researchers in the field of visual speech recognition (VSR). Currently, most existing methods equate VSR with automatic lip reading, which attempts to recognise speech by analysing lip motion. However, human experience and psychological studies suggest that we do not always fix our gaze at each other's lips during a face-to-face conversation, but rather scan the whole face repetitively. This inspires us to revisit a fundamental yet somehow overlooked problem: can VSR models benefit from reading extraoral facial regions, i.e. beyond the lips? In this paper, we perform a comprehensive study to evaluate the effects of different facial regions with state-of-the-art VSR models, including the mouth, the whole face, the upper face, and even the cheeks. Experiments are conducted on both word-level and sentence-level benchmarks with different characteristics. We find that despite the complex variations of the data, incorporating information from extraoral facial regions, even the upper face, consistently benefits VSR performance. Furthermore, we introduce a simple yet effective method based on Cutout to learn more discriminative features for face-based VSR, hoping to maximise the utility of information encoded in different facial regions. Our experiments show obvious improvements over existing state-of-the-art methods that use only the lip region as inputs, a result we believe would probably provide the VSR community with some new and exciting insights.

This paper describes the winning approach in the Shared Task 3 at SwissText 2021 on Swiss German Speech to Standard German Text, a public competition on dialect recognition and translation. Swiss German refers to the multitude of Alemannic dialects spoken in the German-speaking parts of Switzerland. Swiss German differs significantly from standard German in pronunciation, word inventory and grammar. It is mostly incomprehensible to native German speakers. Moreover, it lacks a standardized written script. To solve the challenging task, we propose a hybrid automatic speech recognition system with a lexicon that incorporates translations, a 1st pass language model that deals with Swiss German particularities, a transfer-learned acoustic model and a strong neural language model for 2nd pass rescoring. Our submission reaches 46.04% BLEU on a blind conversational test set and outperforms the second best competitor by a 12% relative margin. 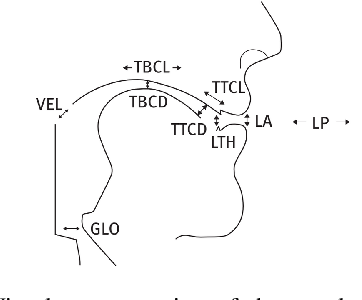 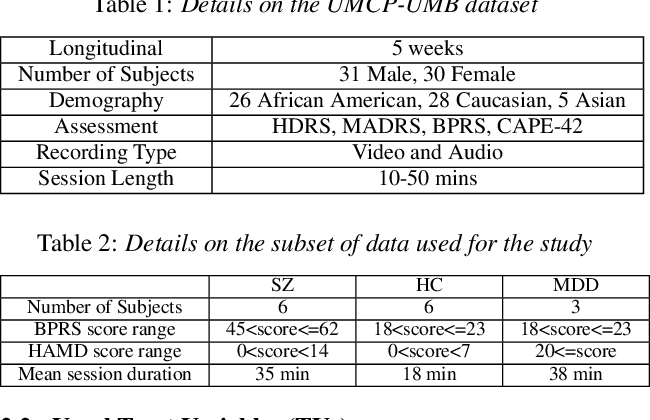 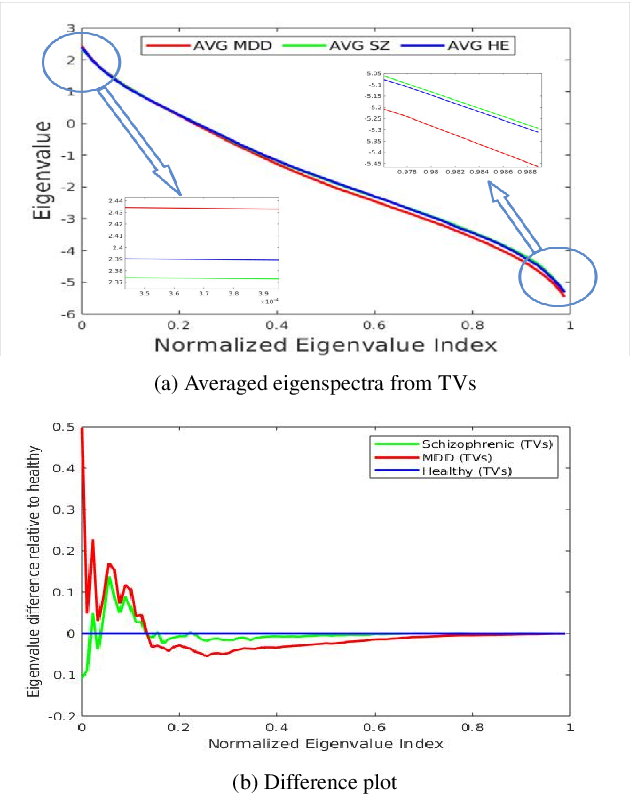 This study investigates the speech articulatory coordination in schizophrenia subjects exhibiting strong positive symptoms (e.g.hallucinations and delusions), using a time delay embedded correlation analysis. We show that the schizophrenia subjects with strong positive symptoms and who are markedly ill pose complex coordination patterns in facial and speech gestures than what is observed in healthy subjects. This observation is in contrast to what previous studies have shown in Major Depressive Disorder (MDD), where subjects with MDD show a simpler coordination pattern with respect to healthy controls or subjects in remission. This difference is not surprising given MDD is necessarily accompanied by Psychomotor slowing (i.e.,negative symptoms) which affects speech, ideation and motility. With respect to speech, psychomotor slowing results in slowed speech with more and longer pauses than what occurs in speech from the same speaker when they are in remission and from a healthy subject. Time delay embedded correlation analysis has been used to quantify the differences in coordination patterns of speech articulation. The current study is based on 17 Facial Action Units (FAUs) extracted from video data and 6 Vocal Tract Variables (TVs) obtained from simultaneously recorded audio data. The TVs are extracted using a speech inversion system based on articulatory phonology that maps the acoustic signal to vocal tract variables. The high-level time delay embedded correlation features computed from TVs and FAUs are used to train a stacking ensemble classifier fusing audio and video modalities. The results show that there is a promising distinction between healthy and schizophrenia subjects (with strong positive symptoms) in terms of neuromotor coordination in speech. 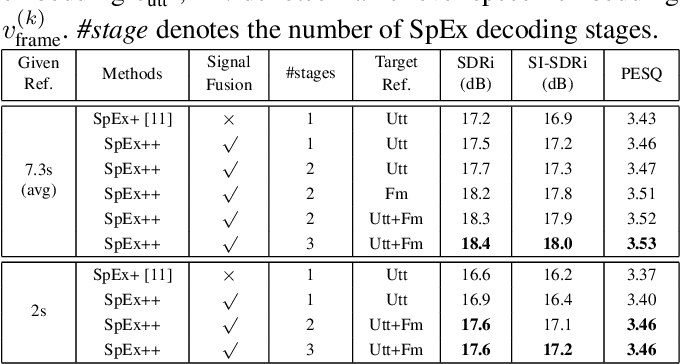 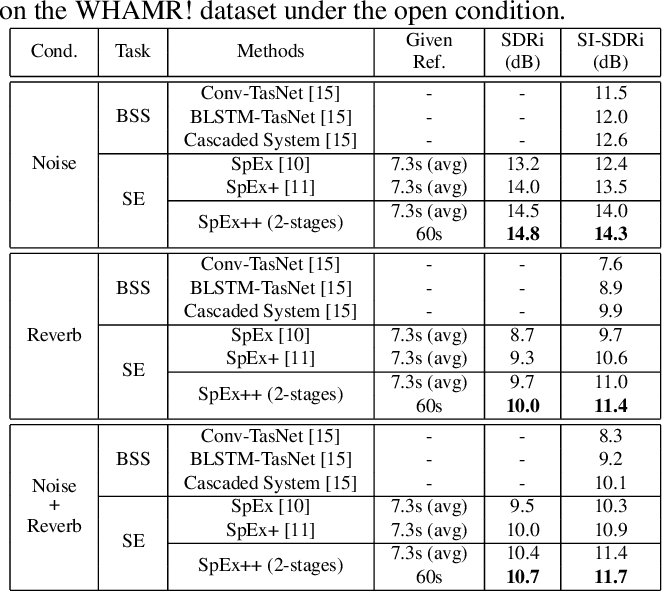 Speaker extraction uses a pre-recorded reference speech as the reference signal for target speaker extraction. In real-world applications, enrolling a speaker with a long speech is not practical. We propose a speaker extraction technique, that performs in multiple stages to take full advantage of short reference speech sample. The extracted speech in early stages is used as the reference speech for late stages. Furthermore, for the first time, we use frame-level sequential speech embedding as the reference for target speaker. This is a departure from the traditional utterance-based speaker embedding reference. In addition, a signal fusion scheme is proposed to combine the decoded signals in multiple scales with automatically learned weights. Experiments on WSJ0-2mix and its noisy versions (WHAM! and WHAMR!) show that SpEx++ consistently outperforms other state-of-the-art baselines. 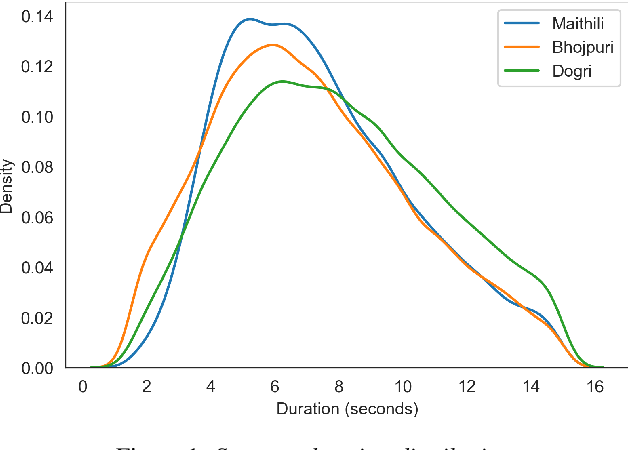 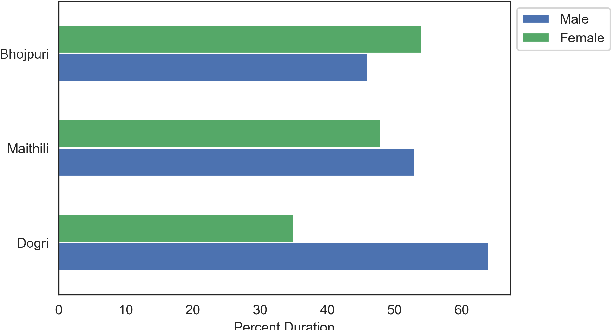 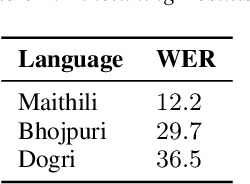 In the recent years end to end (E2E) automatic speech recognition (ASR) systems have achieved promising results given sufficient resources. Even for languages where not a lot of labelled data is available, state of the art E2E ASR systems can be developed by pretraining on huge amounts of high resource languages and finetune on low resource languages. For a lot of low resource languages the current approaches are still challenging, since in many cases labelled data is not available in open domain. In this paper we present an approach to create labelled data for Maithili, Bhojpuri and Dogri by utilising pseudo labels from text to speech for forced alignment. The created data was inspected for quality and then further used to train a transformer based wav2vec 2.0 ASR model. All data and models are available in open domain. 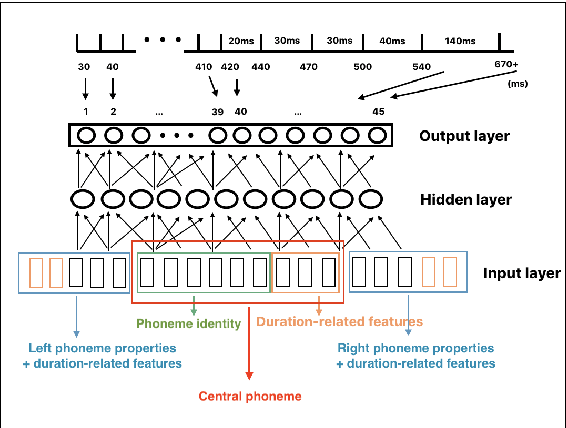 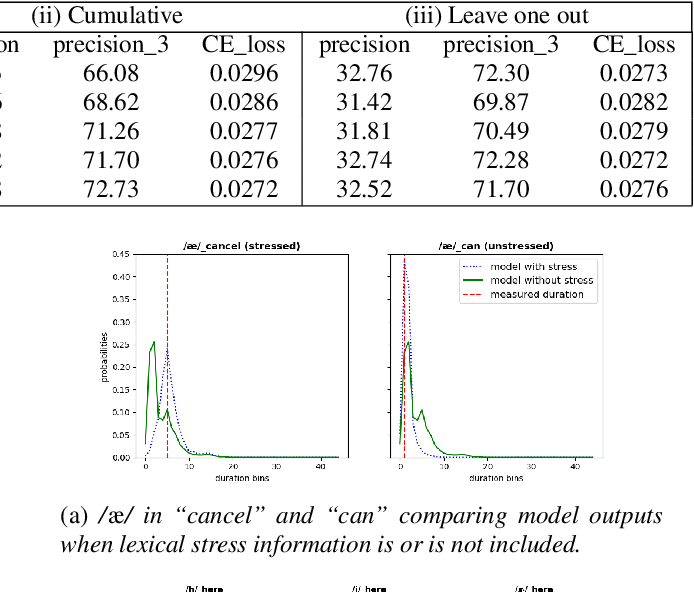 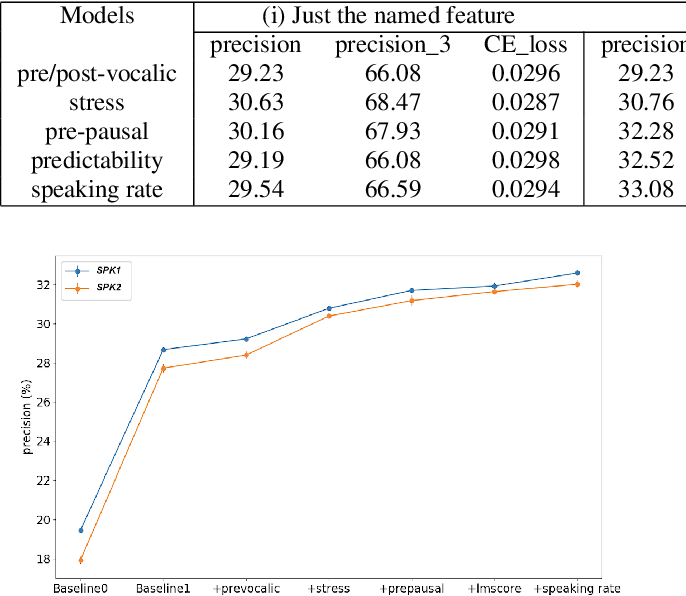 A deep neural network (DNN)-based model has been developed to predict non-parametric distributions of durations of phonemes in specified phonetic contexts and used to explore which factors influence durations most. Major factors in US English are pre-pausal lengthening, lexical stress, and speaking rate. The model can be used to check that text-to-speech (TTS) training speech follows the script and words are pronounced as expected. Duration prediction is poorer with training speech for automatic speech recognition (ASR) because the training corpus typically consists of single utterances from many speakers and is often noisy or casually spoken. Low probability durations in ASR training material nevertheless mostly correspond to non-standard speech, with some having disfluencies. Children's speech is disproportionately present in these utterances, since children show much more variation in timing.

Unveiling the Political Agenda of the European Parliament Plenary: A Topical Analysis 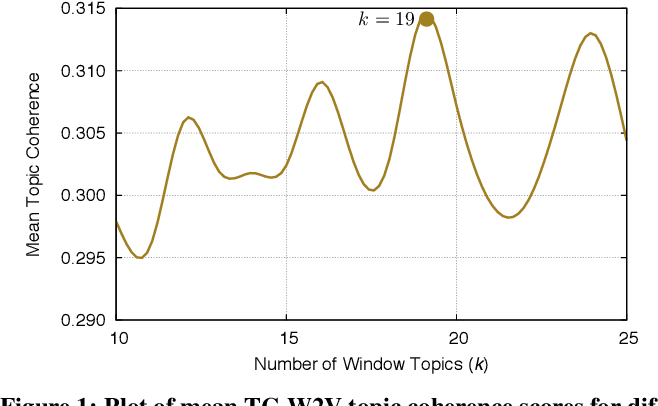 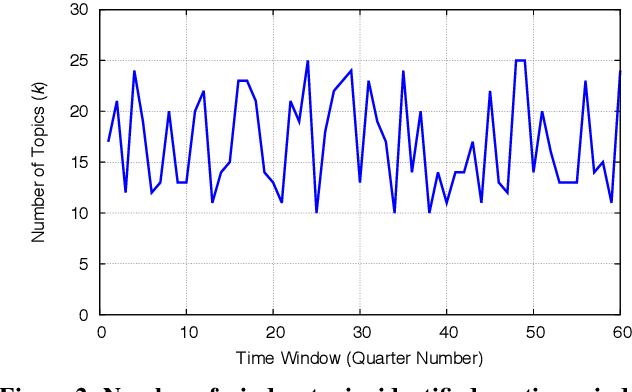 This study analyzes political interactions in the European Parliament (EP) by considering how the political agenda of the plenary sessions has evolved over time and the manner in which Members of the European Parliament (MEPs) have reacted to external and internal stimuli when making Parliamentary speeches. It does so by considering the context in which speeches are made, and the content of those speeches. To detect latent themes in legislative speeches over time, speech content is analyzed using a new dynamic topic modeling method, based on two layers of matrix factorization. This method is applied to a new corpus of all English language legislative speeches in the EP plenary from the period 1999-2014. Our findings suggest that the political agenda of the EP has evolved significantly over time, is impacted upon by the committee structure of the Parliament, and reacts to exogenous events such as EU Treaty referenda and the emergence of the Euro-crisis have a significant impact on what is being discussed in Parliament. 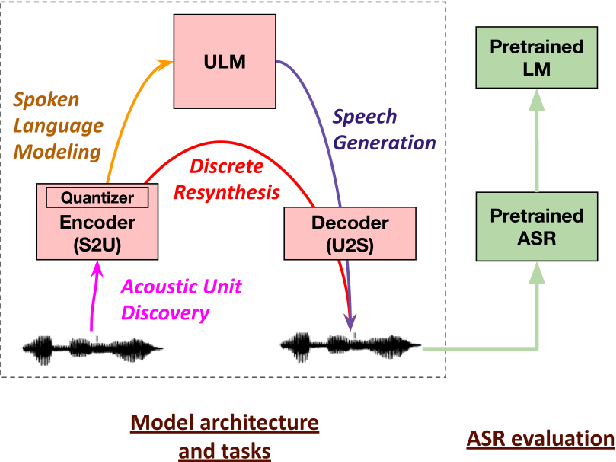 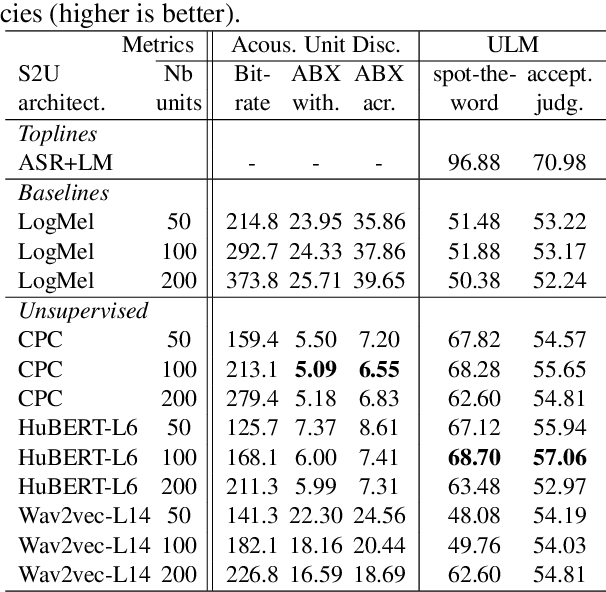 Generative spoken language modeling involves learning jointly the acoustic and linguistic characteristics of a language from raw audio only (without text or labels). We introduce metrics to automatically evaluate the generated output in terms of acoustic and linguistic quality in two associated end-to-end tasks, respectively: speech resynthesis (repeating the speech input using the system's own voice), and speech generation (producing novel speech outputs conditional on a spoken prompt, or unconditionally), and validate these metrics with human judgment. We test baseline systems consisting of a discrete speech encoder (returning discrete, low bitrate, pseudo-text units), a generative language model (trained on pseudo-text units), and a speech decoder (generating a waveform from pseudo-text). By comparing three state-of-the-art unsupervised speech encoders (Contrastive Predictive Coding (CPC), wav2vec 2.0, HuBERT), and varying the number of discrete units (50, 100, 200), we investigate how the generative performance depends on the quality of the learned units as measured by unsupervised metrics (zero-shot probe tasks). We will open source our evaluation stack and baseline models.

Can we steal your vocal identity from the Internet?: Initial investigation of cloning Obama's voice using GAN, WaveNet and low-quality found data 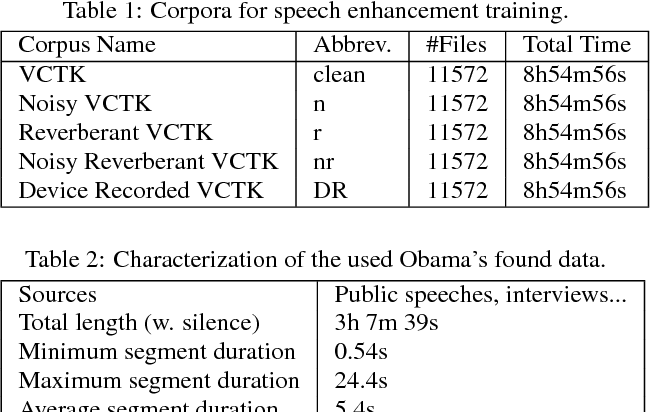 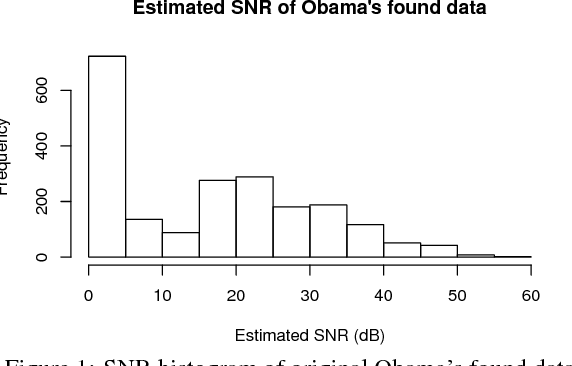 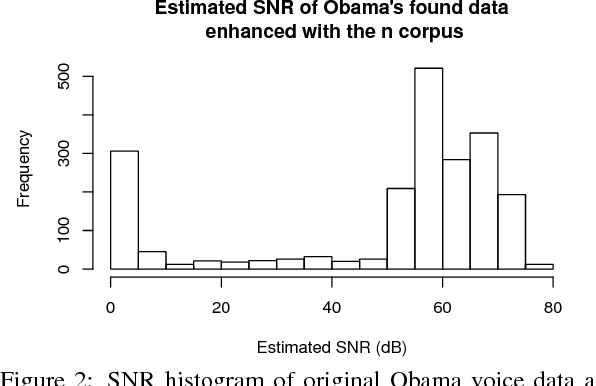 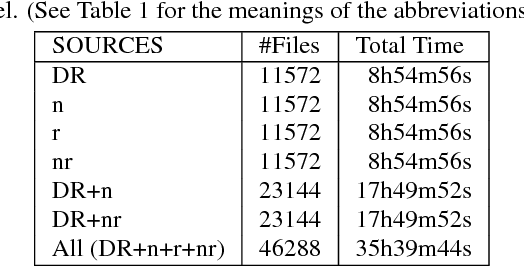 Thanks to the growing availability of spoofing databases and rapid advances in using them, systems for detecting voice spoofing attacks are becoming more and more capable, and error rates close to zero are being reached for the ASVspoof2015 database. However, speech synthesis and voice conversion paradigms that are not considered in the ASVspoof2015 database are appearing. Such examples include direct waveform modelling and generative adversarial networks. We also need to investigate the feasibility of training spoofing systems using only low-quality found data. For that purpose, we developed a generative adversarial network-based speech enhancement system that improves the quality of speech data found in publicly available sources. Using the enhanced data, we trained state-of-the-art text-to-speech and voice conversion models and evaluated them in terms of perceptual speech quality and speaker similarity. The results show that the enhancement models significantly improved the SNR of low-quality degraded data found in publicly available sources and that they significantly improved the perceptual cleanliness of the source speech without significantly degrading the naturalness of the voice. However, the results also show limitations when generating speech with the low-quality found data.