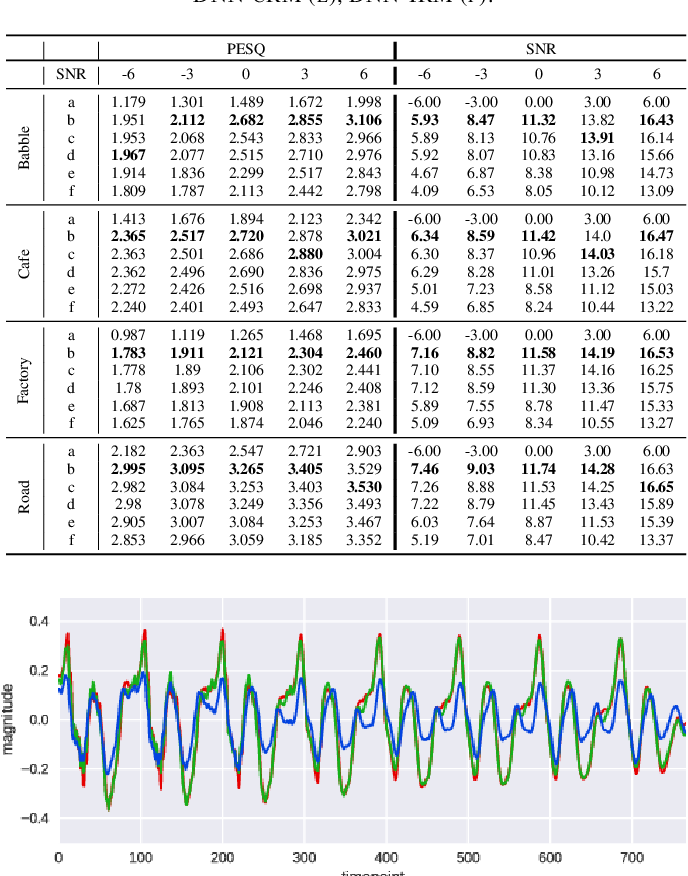 Recently, phase processing is attracting increasinginterest in speech enhancement community. Some researchersintegrate phase estimations module into speech enhancementmodels by using complex-valued short-time Fourier transform(STFT) spectrogram based training targets, e.g. Complex RatioMask (cRM) [1]. However, masking on spectrogram would violentits consistency constraints. In this work, we prove that theinconsistent problem enlarges the solution space of the speechenhancement model and causes unintended artifacts. ConsistencySpectrogram Masking (CSM) is proposed to estimate the complexspectrogram of a signal with the consistency constraint in asimple but not trivial way. The experiments comparing ourCSM based end-to-end model with other methods are conductedto confirm that the CSM accelerate the model training andhave significant improvements in speech quality. From ourexperimental results, we assured that our method could enha

Rule based Part of speech Tagger for Homoeopathy Clinical realm 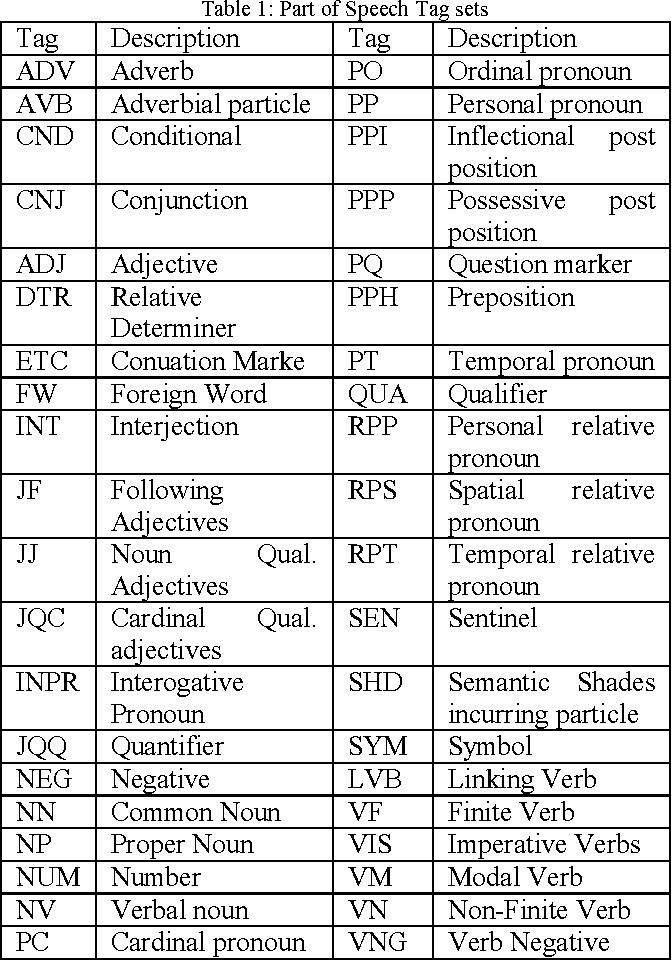 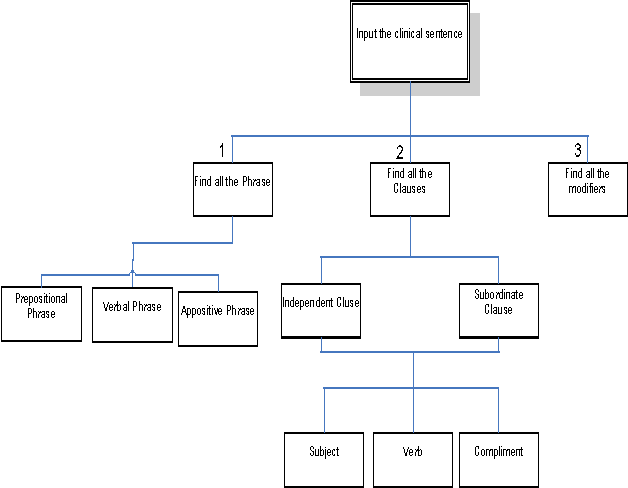 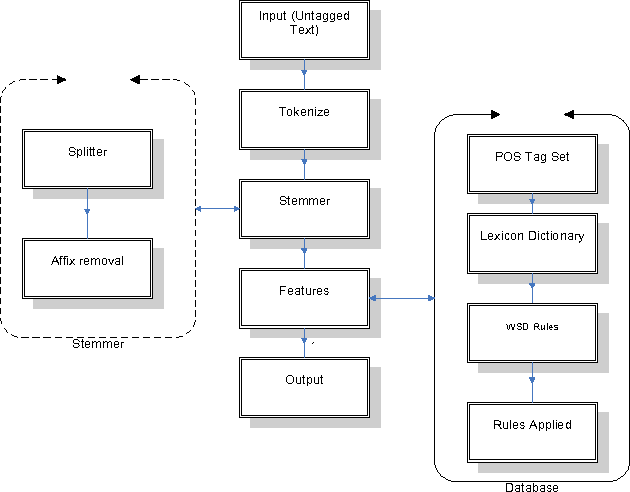 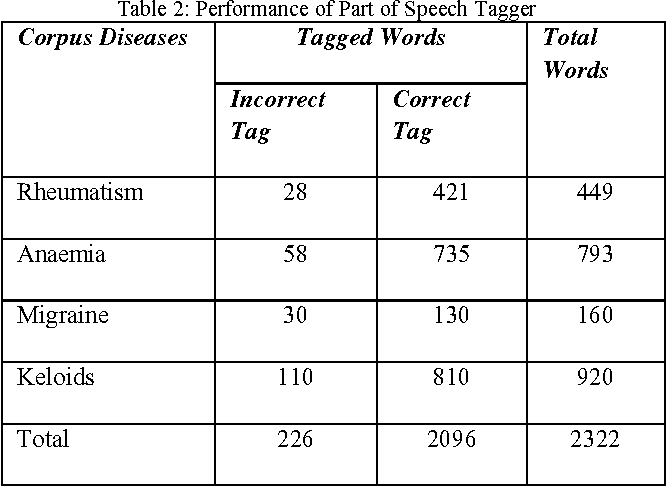 A tagger is a mandatory segment of most text scrutiny systems, as it consigned a s yntax class (e.g., noun, verb, adjective, and adverb) to every word in a sentence. In this paper, we present a simple part of speech tagger for homoeopathy clinical language. This paper reports about the anticipated part of speech tagger for homoeopathy clinical language. It exploit standard pattern for evaluating sentences, untagged clinical corpus of 20085 words is used, from which we had selected 125 sentences (2322 tokens). The problem of tagging in natural language processing is to find a way to tag every word in a text as a meticulous part of speech. The basic idea is to apply a set of rules on clinical sentences and on each word, Accuracy is the leading factor in evaluating any POS tagger so the accuracy of proposed tagger is also conversed. 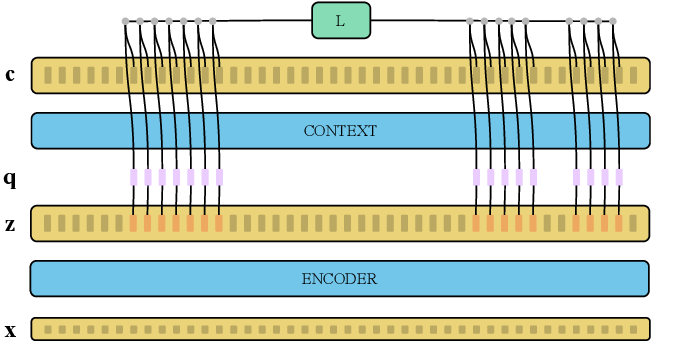 Recent advances in self-supervised learning through contrastive training have shown that it is possible to learn a competitive speech recognition system with as little as 10 minutes of labeled data. However, these systems are computationally expensive since they require pre-training followed by fine-tuning in a large parameter space. We explore the performance of such systems without fine-tuning by training a state-of-the-art speech recognizer on the fixed representations from the computationally demanding wav2vec 2.0 framework. We find performance to decrease without fine-tuning and, in the extreme low-resource setting, wav2vec 2.0 is inferior to its predecessor. In addition, we find that wav2vec 2.0 representations live in a low dimensional subspace and that decorrelating the features of the representations can stabilize training of the automatic speech recognizer. Finally, we propose a bidirectional extension to the original wav2vec framework that consistently improves performance.


* {\copyright} 2021 IEEE. Personal use of this material is permitted. Permission from IEEE must be obtained for all other uses, in any current or future media, including reprinting/republishing this material for advertising or promotional purposes, creating new collective works, for resale or redistribution to servers or lists, or reuse of any copyrighted component of this work in other works 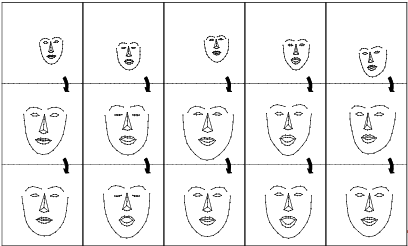 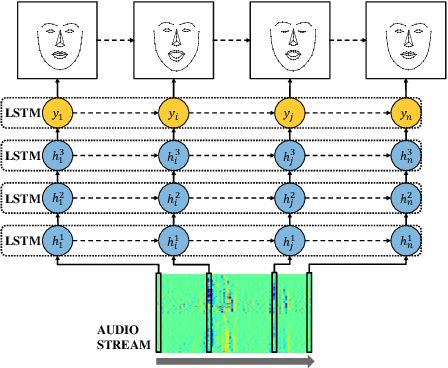 The presence of a corresponding talking face has been shown to significantly improve speech intelligibility in noisy conditions and for hearing impaired population. In this paper, we present a system that can generate landmark points of a talking face from an acoustic speech in real time. The system uses a long short-term memory (LSTM) network and is trained on frontal videos of 27 different speakers with automatically extracted face landmarks. After training, it can produce talking face landmarks from the acoustic speech of unseen speakers and utterances. The training phase contains three key steps. We first transform landmarks of the first video frame to pin the two eye points into two predefined locations and apply the same transformation on all of the following video frames. We then remove the identity information by transforming the landmarks into a mean face shape across the entire training dataset. Finally, we train an LSTM network that takes the first- and second-order temporal differences of the log-mel spectrogram as input to predict face landmarks in each frame. We evaluate our system using the mean-squared error (MSE) loss of landmarks of lips between predicted and ground-truth landmarks as well as their first- and second-order temporal differences. We further evaluate our system by conducting subjective tests, where the subjects try to distinguish the real and fake videos of talking face landmarks. Both tests show promising results. 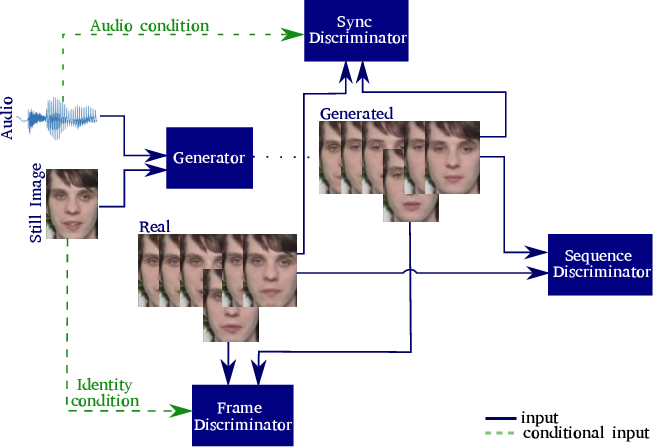 Speech-driven facial animation is the process that automatically synthesizes talking characters based on speech signals. The majority of work in this domain creates a mapping from audio features to visual features. This approach often requires post-processing using computer graphics techniques to produce realistic albeit subject dependent results. We present an end-to-end system that generates videos of a talking head, using only a still image of a person and an audio clip containing speech, without relying on handcrafted intermediate features. Our method generates videos which have (a) lip movements that are in sync with the audio and (b) natural facial expressions such as blinks and eyebrow movements. Our temporal GAN uses 3 discriminators focused on achieving detailed frames, audio-visual synchronization, and realistic expressions. We quantify the contribution of each component in our model using an ablation study and we provide insights into the latent representation of the model. The generated videos are evaluated based on sharpness, reconstruction quality, lip-reading accuracy, synchronization as well as their ability to generate natural blinks. 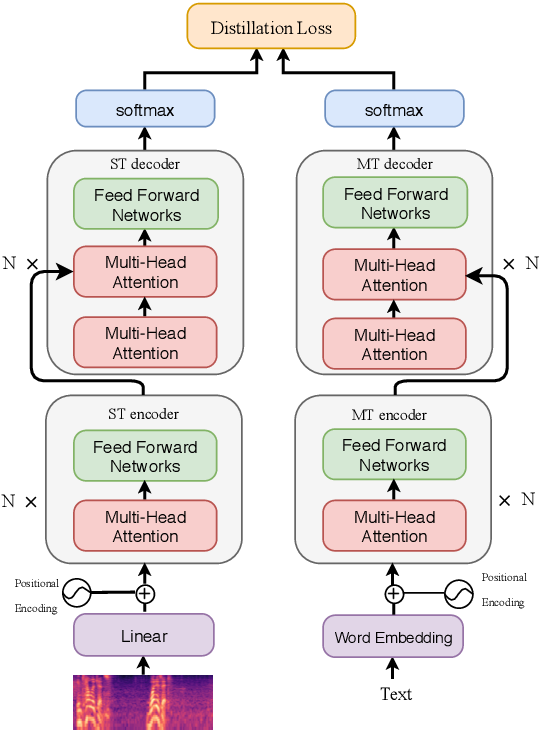 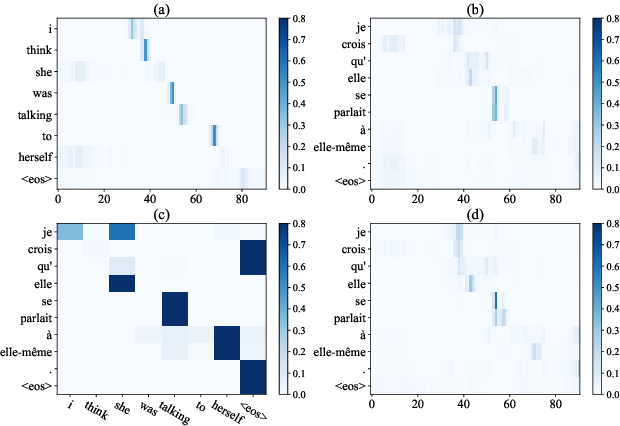 End-to-end speech translation (ST), which directly translates from source language speech into target language text, has attracted intensive attentions in recent years. Compared to conventional pipeline systems, end-to-end ST models have advantages of lower latency, smaller model size and less error propagation. However, the combination of speech recognition and text translation in one model is more difficult than each of these two tasks. In this paper, we propose a knowledge distillation approach to improve ST model by transferring the knowledge from text translation model. Specifically, we first train a text translation model, regarded as a teacher model, and then ST model is trained to learn output probabilities from teacher model through knowledge distillation. Experiments on English- French Augmented LibriSpeech and English-Chinese TED corpus show that end-to-end ST is possible to implement on both similar and dissimilar language pairs. In addition, with the instruction of teacher model, end-to-end ST model can gain significant improvements by over 3.5 BLEU points. 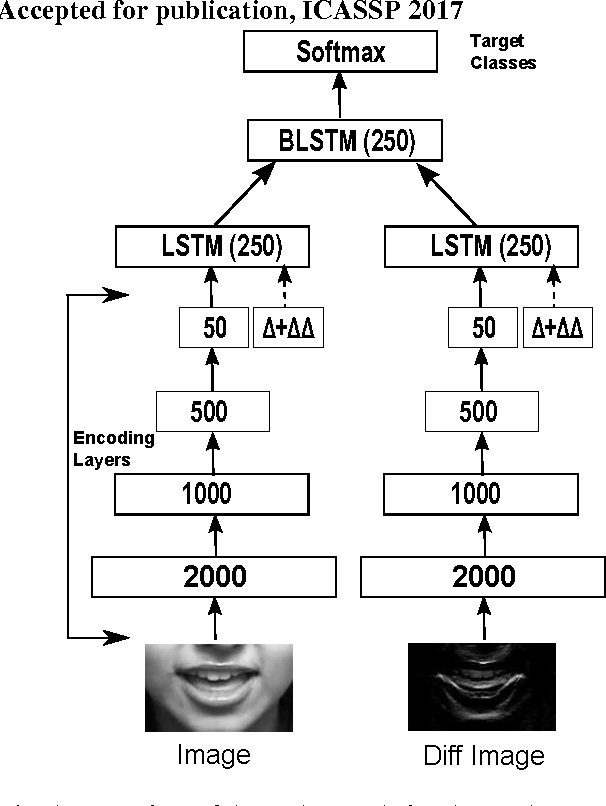 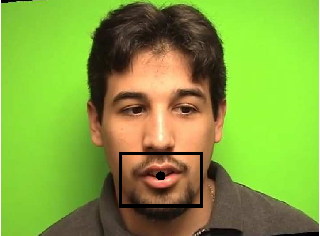 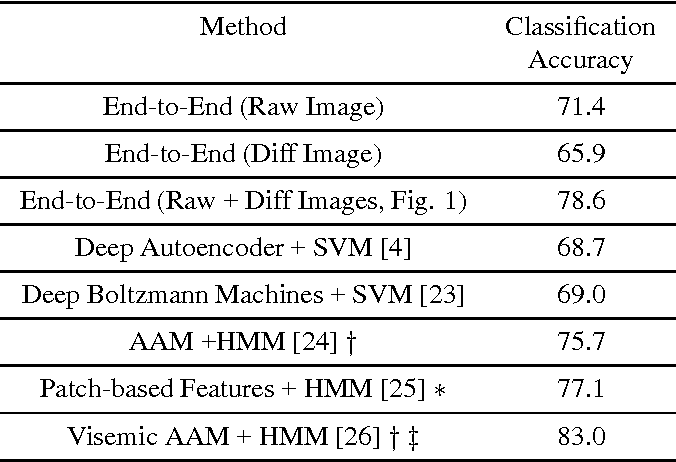 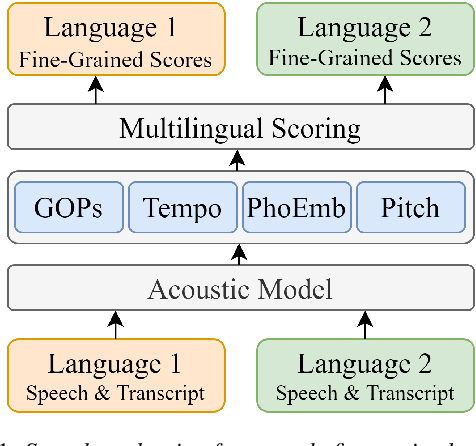 Speech evaluation is an essential component in computer-assisted language learning (CALL). While speech evaluation on English has been popular, automatic speech scoring on low resource languages remains challenging. Work in this area has focused on monolingual specific designs and handcrafted features stemming from resource-rich languages like English. Such approaches are often difficult to generalize to other languages, especially if we also want to consider suprasegmental qualities such as rhythm. In this work, we examine three different languages that possess distinct rhythm patterns: English (stress-timed), Malay (syllable-timed), and Tamil (mora-timed). We exploit robust feature representations inspired by music processing and vector representation learning. Empirical validations show consistent gains for all three languages when predicting pronunciation, rhythm and intonation performance. 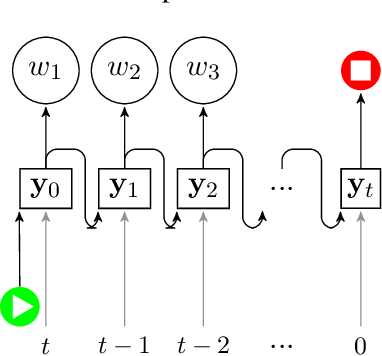